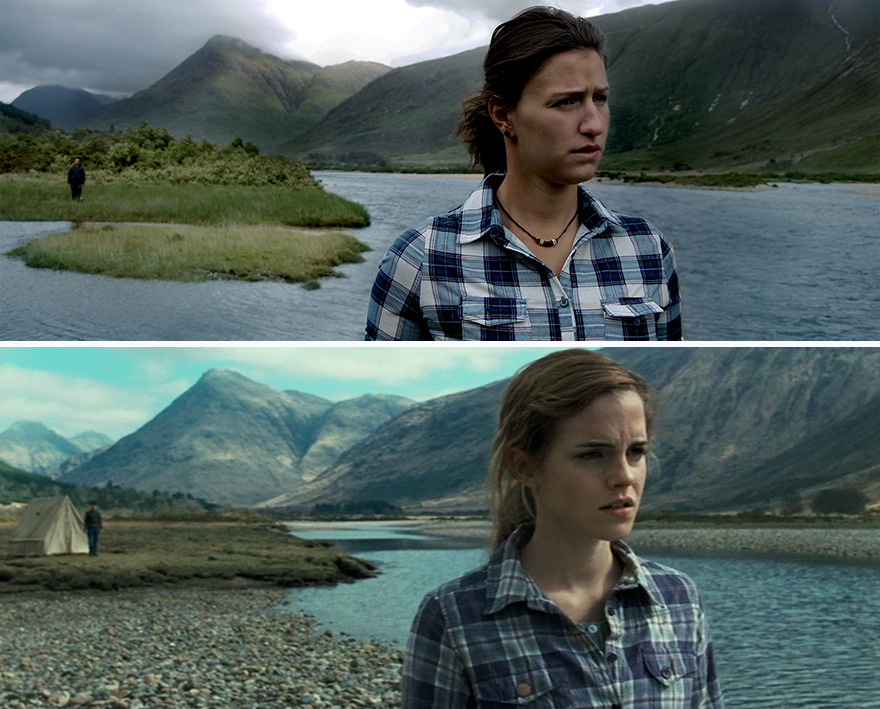 “Our idea is simple: We love to watch movies and when we find a scene we like a lot, we travel to the original filming location for two reasons. 1. We love to see what the places, in reality, look like. 2. It’s a lot of fun to take a picture as a memory, which looks hopefully as close as possible to the original scene.

In 2014 we had the idea and after a while, we realized that many people have a lot of fun with the results. So we decided to share our hobbies with the whole world and started to publish them on Instagram in 2018.

We didn’t expect that some stars would see the pictures and couldn’t believe it at all when they also commented on it. That was so crazy. Here are some examples,” Judith and Robin told Bored Panda.

If you want to see the first part, click here. 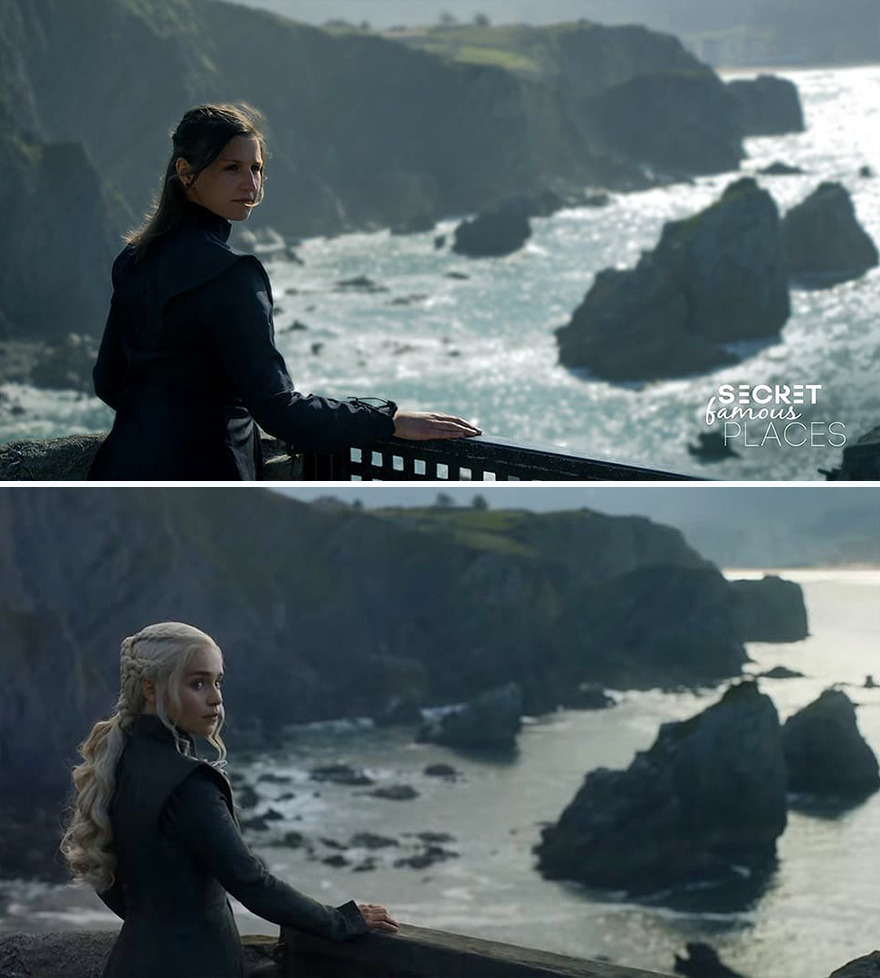 “We just want to have a lot of fun together. And we do. One day in 2014, we were thinking about where we could go on holiday. At this point in time, we were students and we wanted to do something special but we didn’t have so much money. Suddenly we had the idea that we could visit filming locations. The problem was that we didn’t know how to prove (even to ourselves) that we’d really found the right filming location for a movie. So we had the idea to take a photo which looks like the original scene—just with us and without the actors. But to make it a better photo we thought about organizing the costumes they are wearing. We were laughing a lot because we didn’t believe that this would work. But we gave it a try. And it worked better than we thought.” 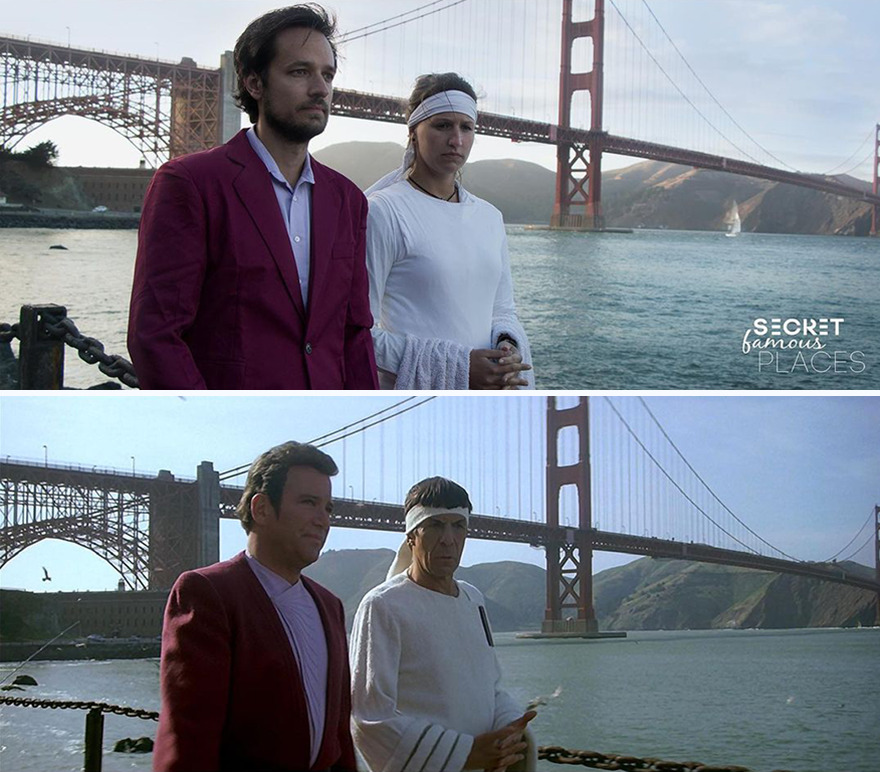 “It’s difficult sometimes to capture these photographs. Sometimes it’s the weather. It often rains or is very cold, so cold that we have trouble capturing the photos. Sometimes it’s also very difficult to find a place. It can be that we are searching for days. And in some cases, the costumes are so difficult that we need a lot of time to find a good solution. At first, we always ask friends and family if they have something like the actors are wearing. Other times, we do our worn clothes. And sometimes we have to buy something.” 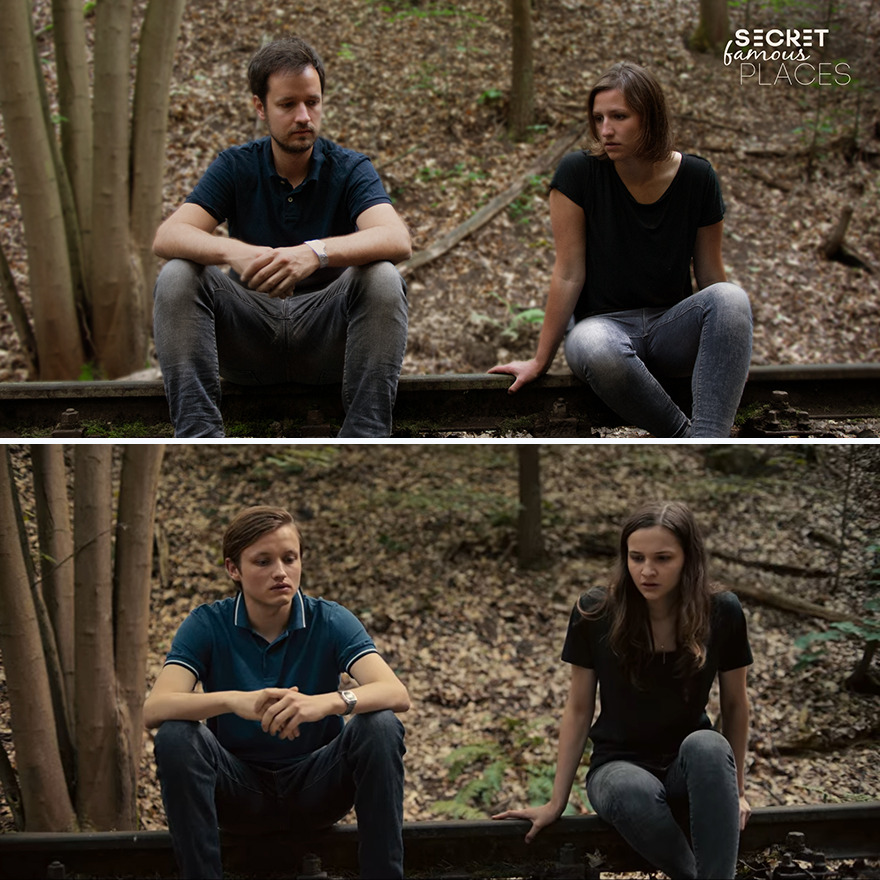 “We try to do every movie or series we like. Sometimes we watch movies that we don’t like that much and decide to not visit the filming location. But when there’s a movie which is great, we try to find a family location and to travel to the place. Hopefully, we will do this project forever. Do you know the movie The Notebook? In the end, there’s a scene where two old people are sitting on a bench. I hope that, when Robin and I are old and gray, we can do this scene together. When we do these scenes, we have so much fun and it’s so exciting to see the results at the end. That is reason enough why we do it again and again. Often these shooting days are big adventures, which we don’t want to miss anymore.” 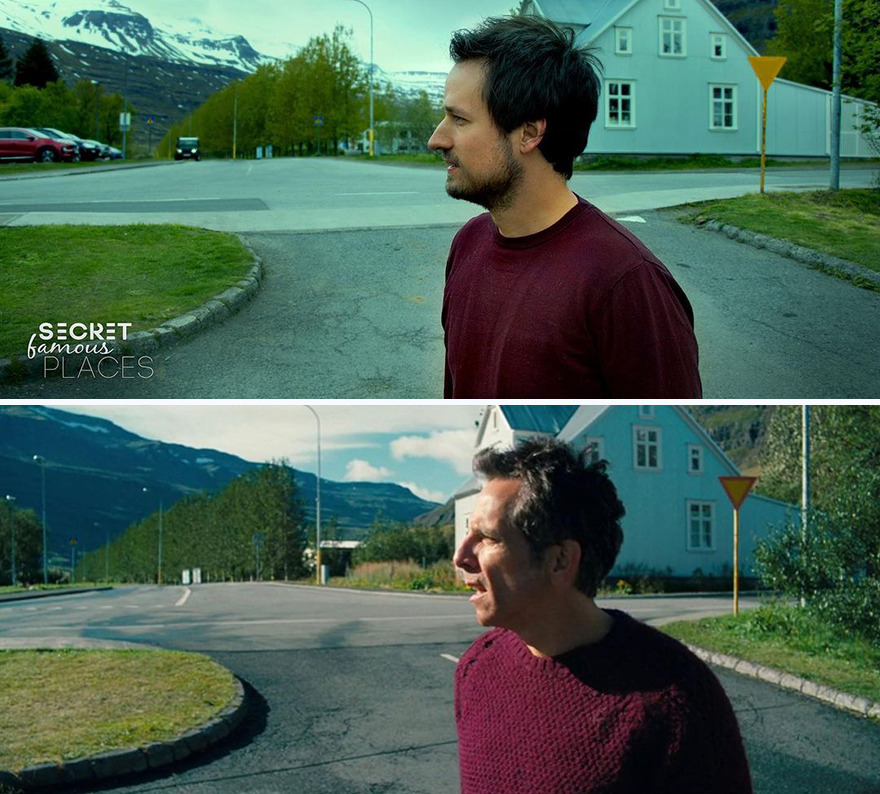 “We’ve traveled to a lot of countries. The highlight was definitely New Zealand and the USA. Apart from the great filming locations, the nature was so amazing!! We just loved it.” 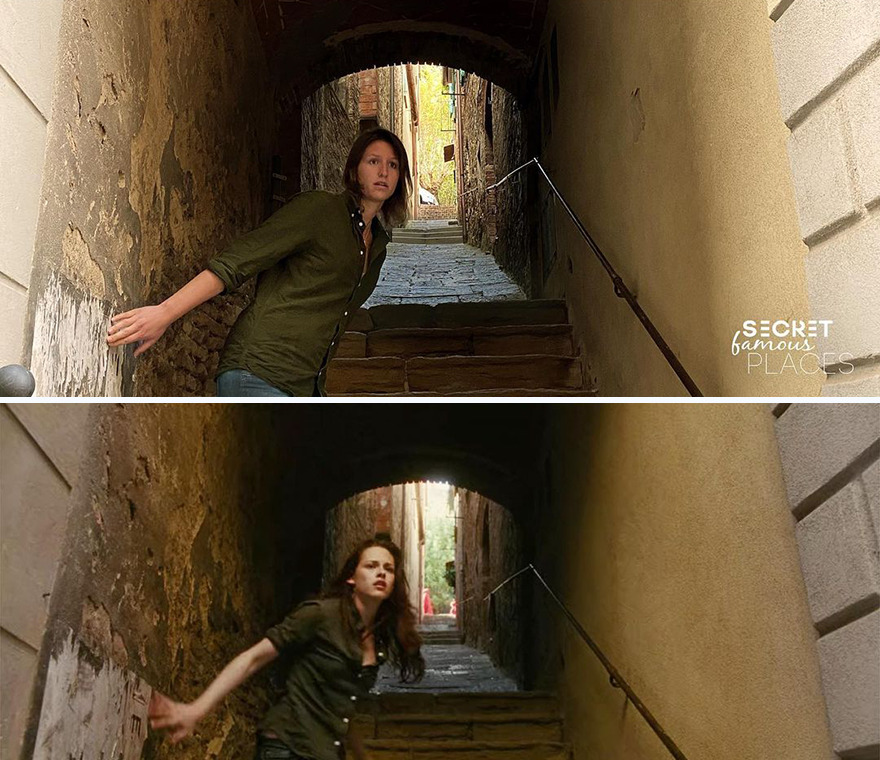 “There are so many stories from our shootings. It would take a lot of time if I told you everything. For example, for Forrest Gump, we tried to take the photo but we noticed quickly that it looked very bad when I was the only person who was standing in the background. So we asked a group from Thailand if they wanted to join us. They were so excited when they realized what we were doing that they joined our photo. They were so motivated that we had to do the shooting several times. That was very very funny.” 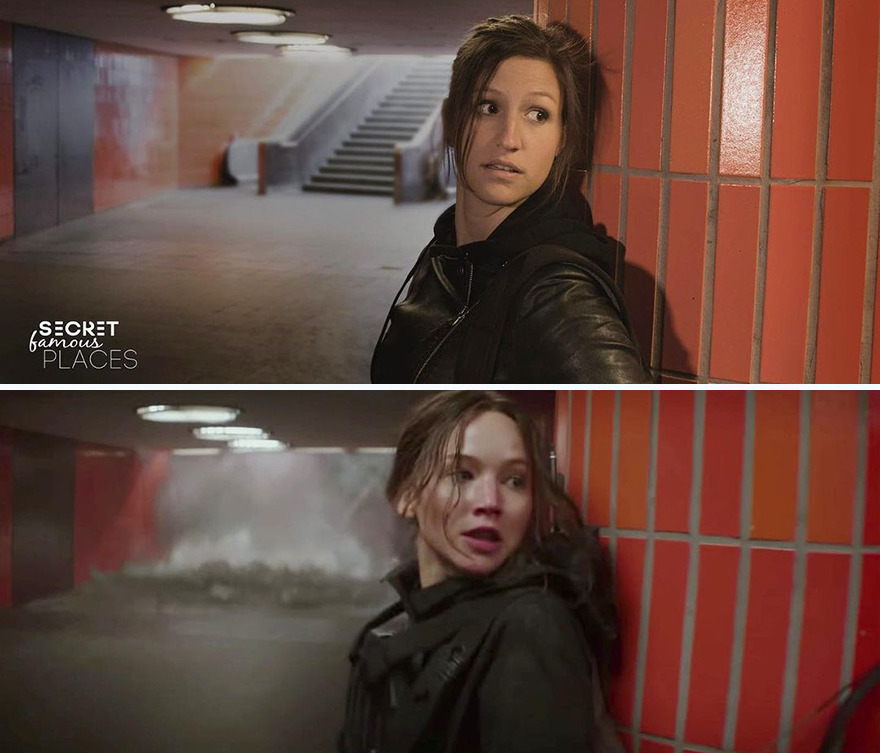 “Or, for example, for the photo of The Lord of the Rings in New Zealand, we had to visit Mount Sunday. It’s in the middle of nowhere. It took us so much time to reach the location and after we parked our car, we had to walk a long way until we reached our destination. We had a lot of stuff with us and it wasn’t so easy to get there. Finally, we wanted to start the shooting and suddenly Robin noticed that we forgot the battery for our camera. So he had to walk all the way back so that we could start with the shooting. After that, the sun was gone and we built up our tent. We stayed there for the whole night at this amazing place. To this day, this was one of the best locations we ever visited. Just because of our hobby.” 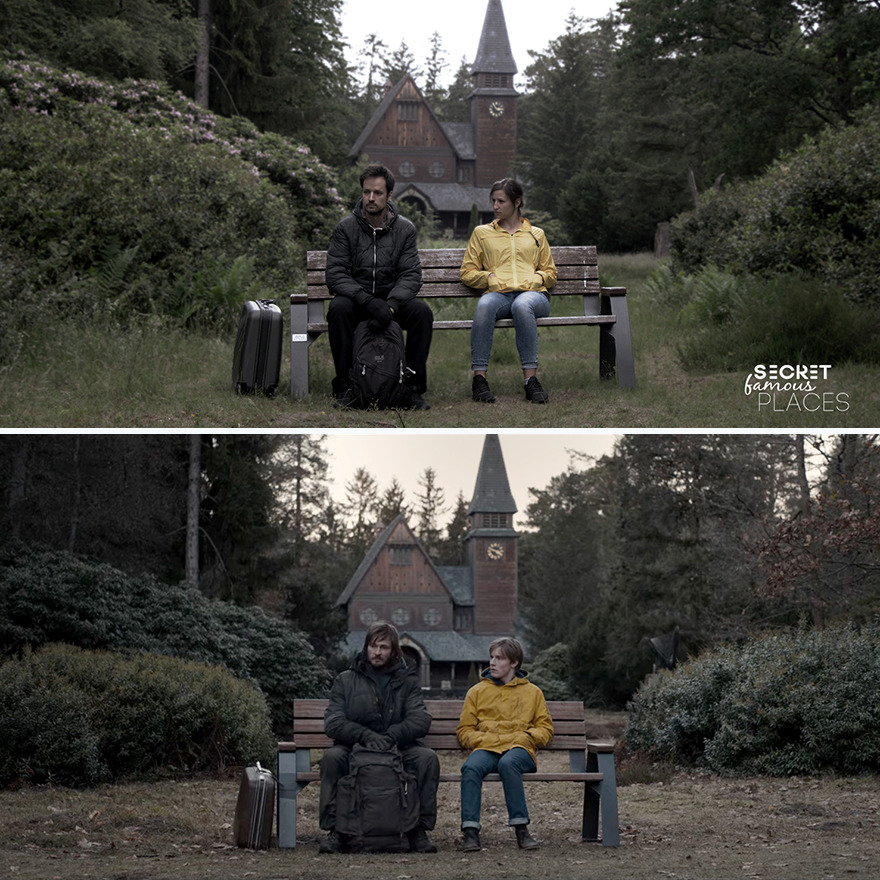 “If you want to hear more about our process, here it is. So at first, we need a scene that we want to re-create. When we have it, we search for the exact place. When the movie is famous, for example, The Lord of the Rings, it’s easy to find the location. But sometimes it takes a lot of time when there aren’t so many fans who have already searched for these places. We always try to visit a few filming locations in one holiday. So we have to organize all the costumes and we have to think about the trip so that we can visit all of them. When we’ve reached the filming location it takes us between 20 minutes and one hour to get the shot. Finally, we put these two scenes together in Photoshop. But we have some rules: 1: We aren’t allowed to add something that wasn’t there in reality, or to take something away with Photoshop. It’s allowed to change the color of the photo because all the big filming companies also use filters. If we didn’t also use these filters, it wouldn’t look so good.” 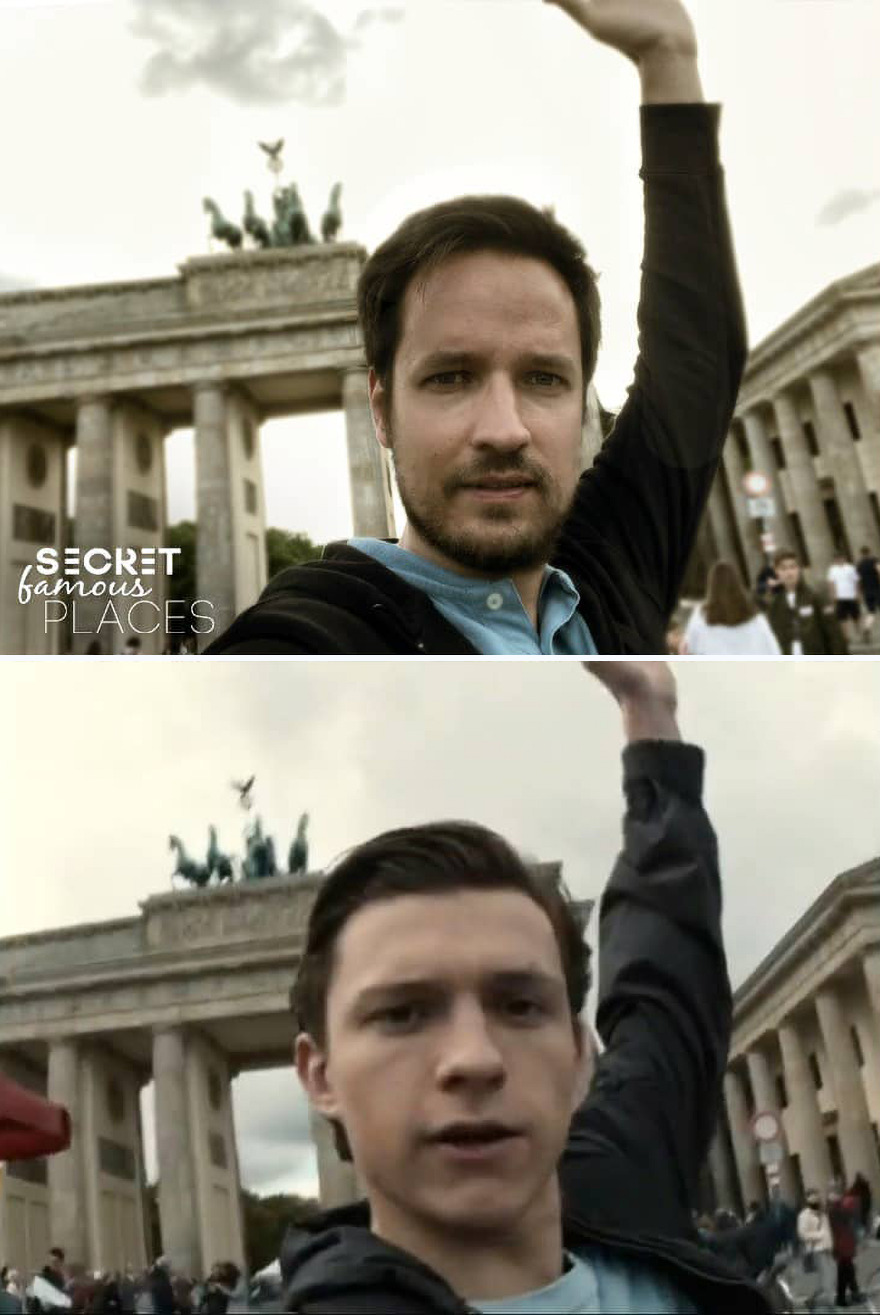 “We have been a couple for over 10 years and meanwhile, we are also engaged. I’m 31 and Robin is 32 and we are living near Frankfurt. I think this hobby is a big part of our relationship and all these adventures connect us in a strong way (hopefully you know what I mean.) Some stars have also commented on our photos. It doesn’t happen every time; however, when they do this, we are so excited because it’s very special to us. We have normal jobs where we earn our money. Some people think that we have rich parents or something like that who pay for our journeys. But it isn’t like this at all. It’s financed 100% on our own. I am a journalist and Robin is a mechanical engineer. Every year we have six weeks for holiday and we use this time for our hobby.” 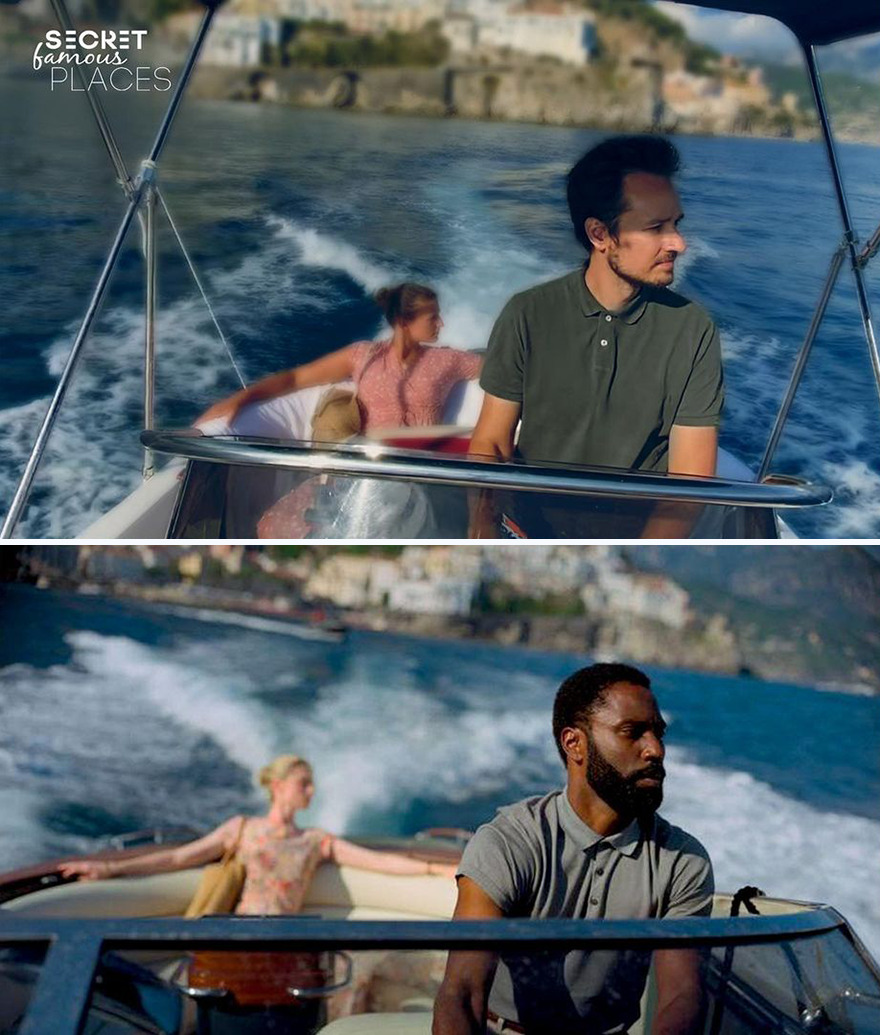 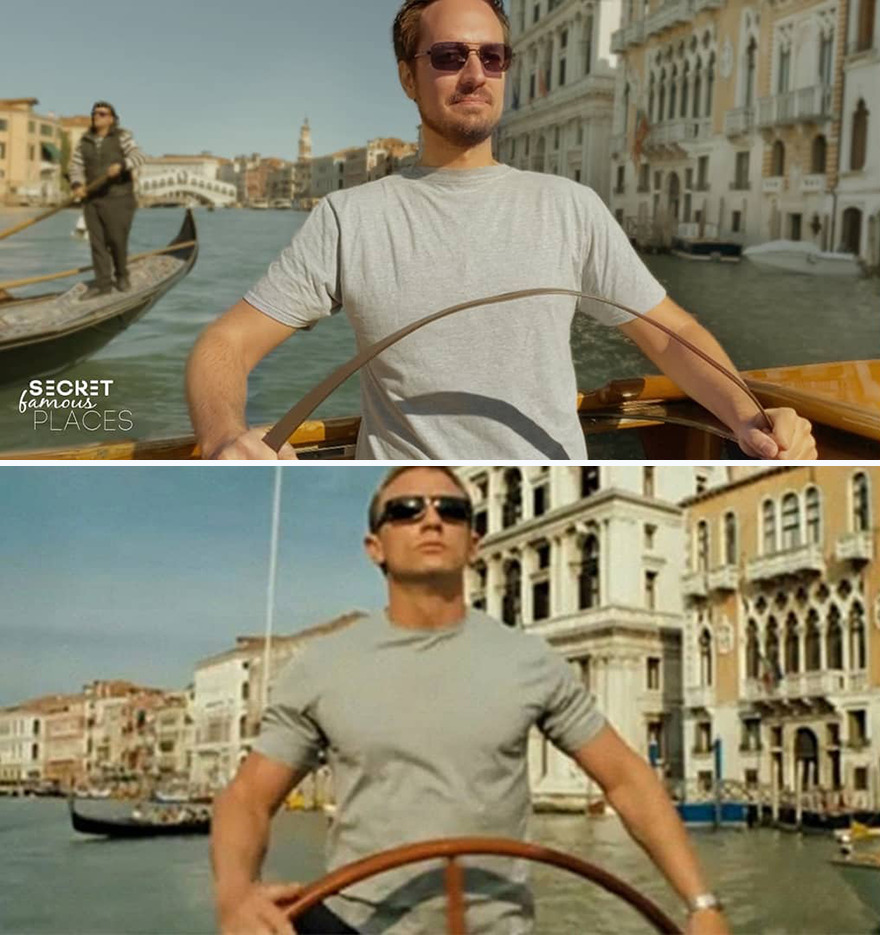 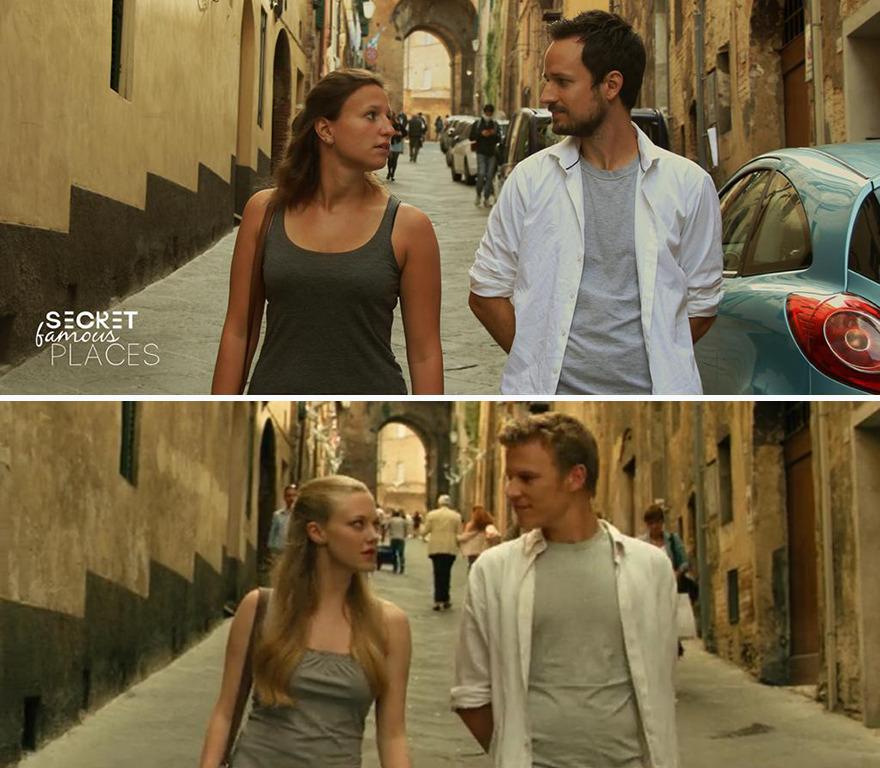 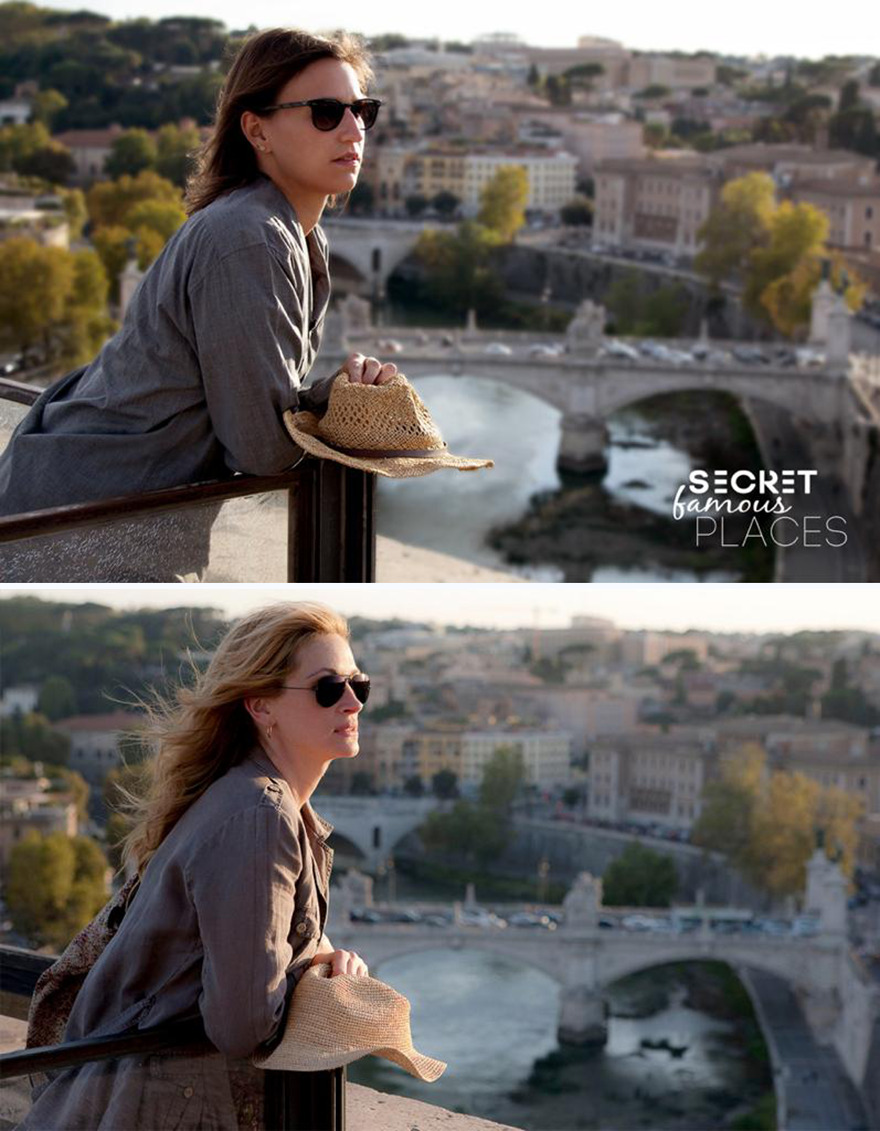 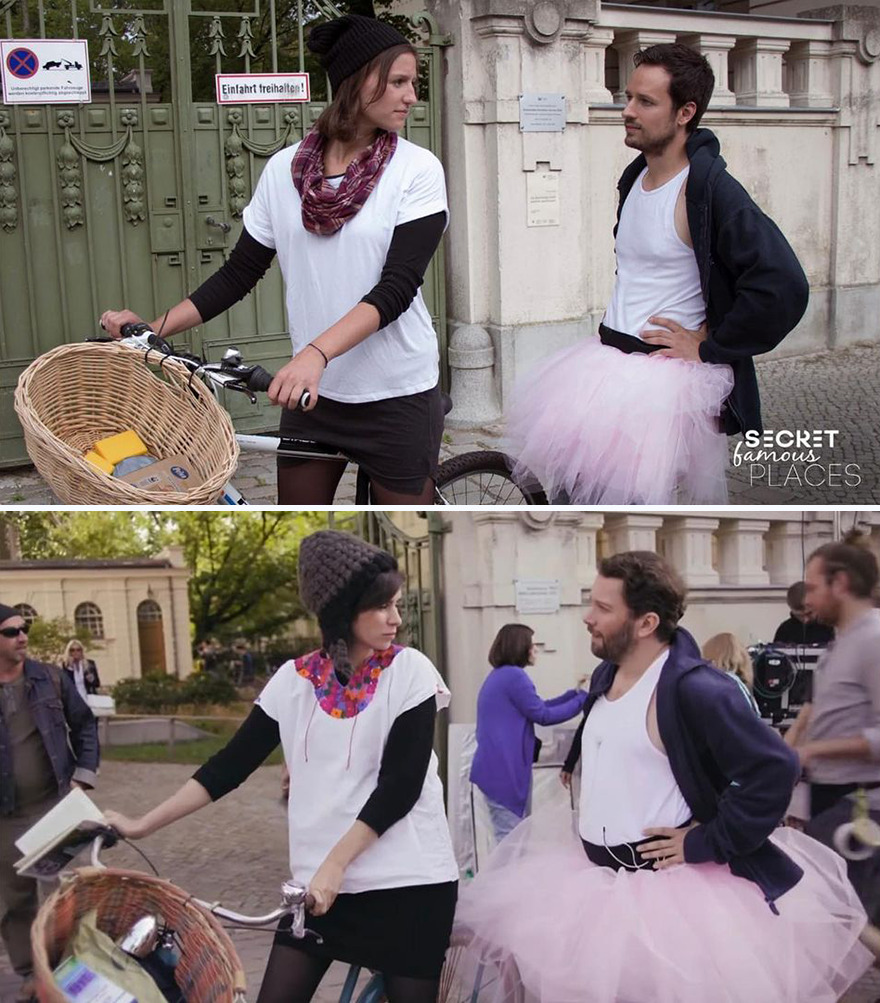 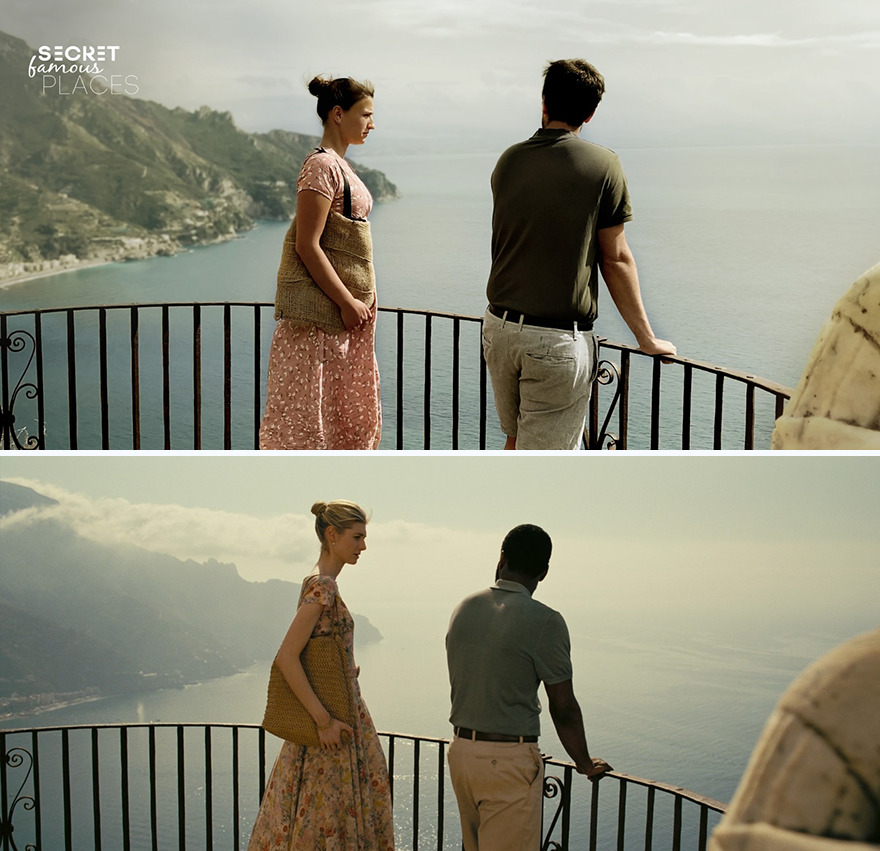 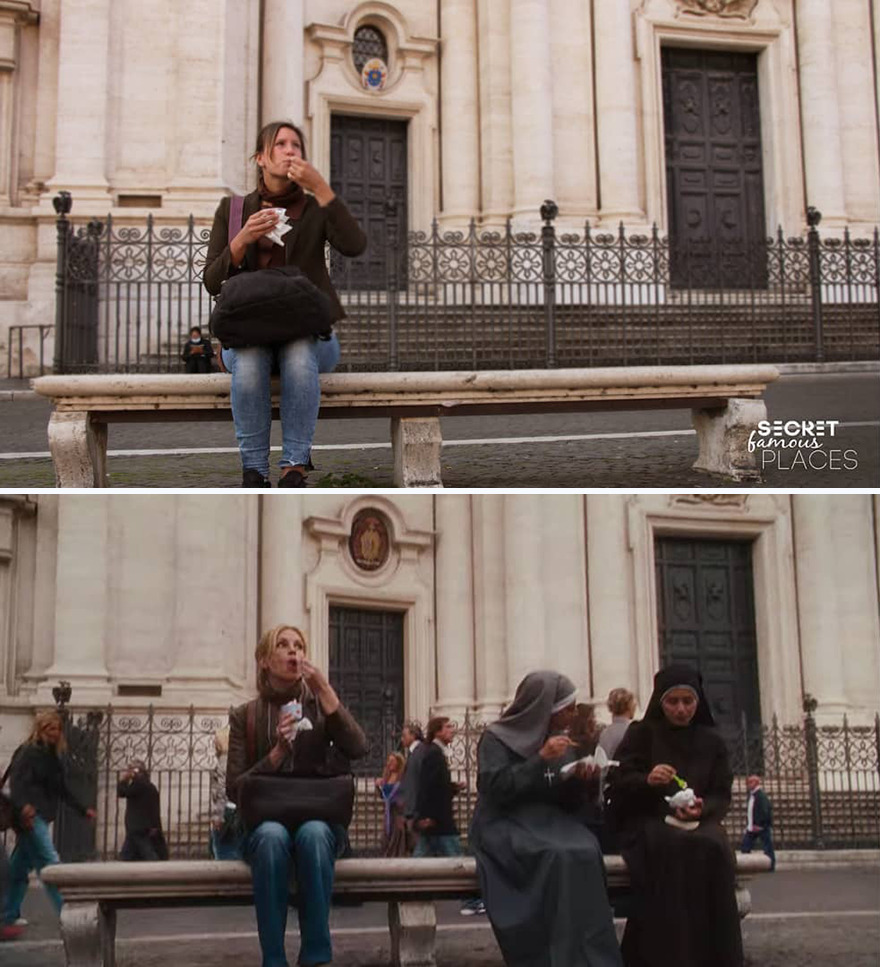