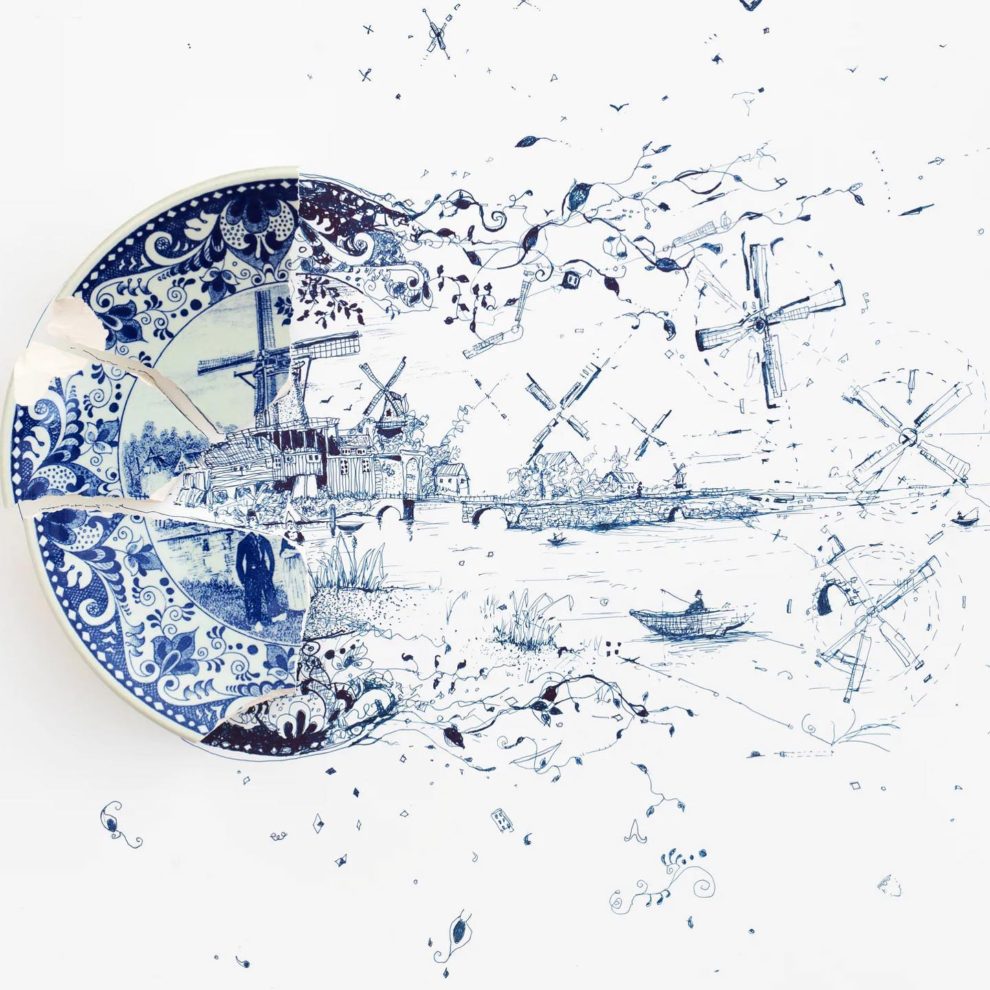 When Rob Strati’s wife’s mother’s plate broke, he saw an opportunity to not only repair the sentimental object but also to create something new and beautiful.

Strati’s art series, “Fragmented,” combines broken ceramics with ink illustrations to create unique and meaningful pieces. These pieces not only showcase Strati’s artistic talent but also serve as a reminder that even broken objects can be transformed into something special. 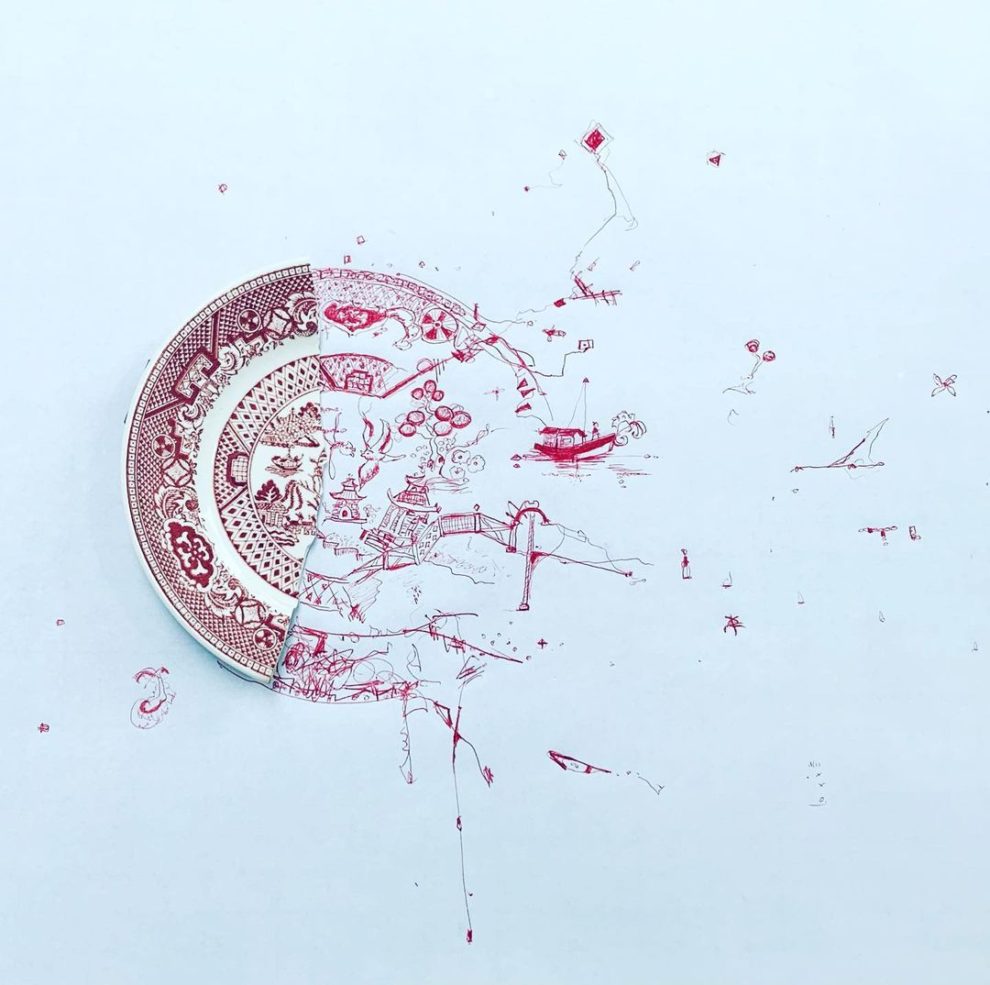 “This series was inspired by a plate from my wife’s late mother, Barbara. It broke in late 2020 and sat on our kitchen island for a few months. As I would walk by I’d wonder what we should do with it, I didn’t want to throw it away and thought I would just put it in the basement. It stayed on the island and we would shift it around, never taking it off the island, just moving it from one side to the other so it was out of the way for the mail or cutting vegetables. I started to think about stories that could be told beyond the borders of the broken piece. The broken piece of my mother-in-law’s china had finally made its way from the kitchen island to my studio where it stayed on an empty sheet of paper for weeks. It had been months since I had picked it up off the floor and considered it in so many ways. One day, I picked up a pen and started working on “Fragmented”, exploring the possibilities of things broken and the stories that can evolve from them,” an artist told DeMilked, 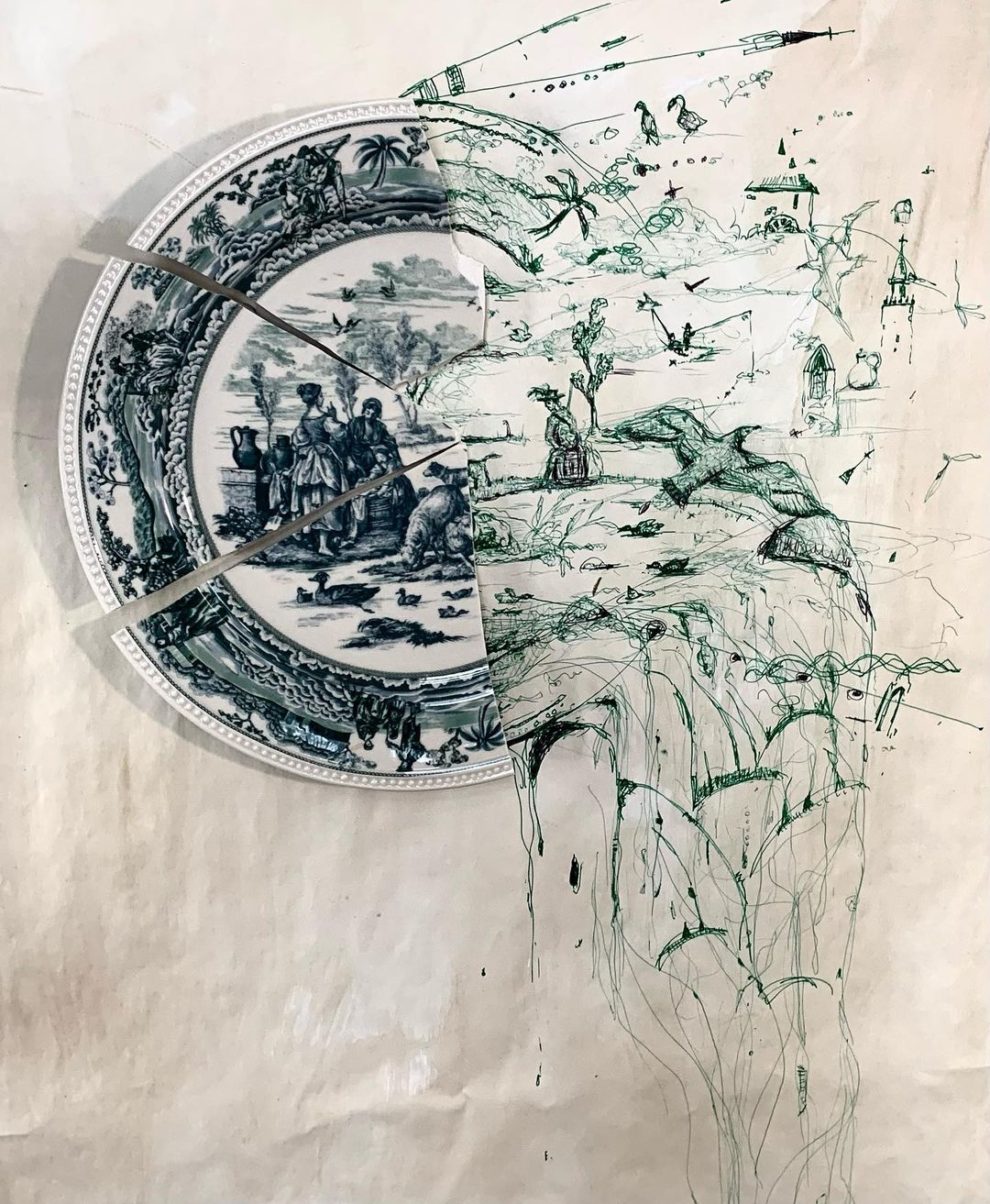 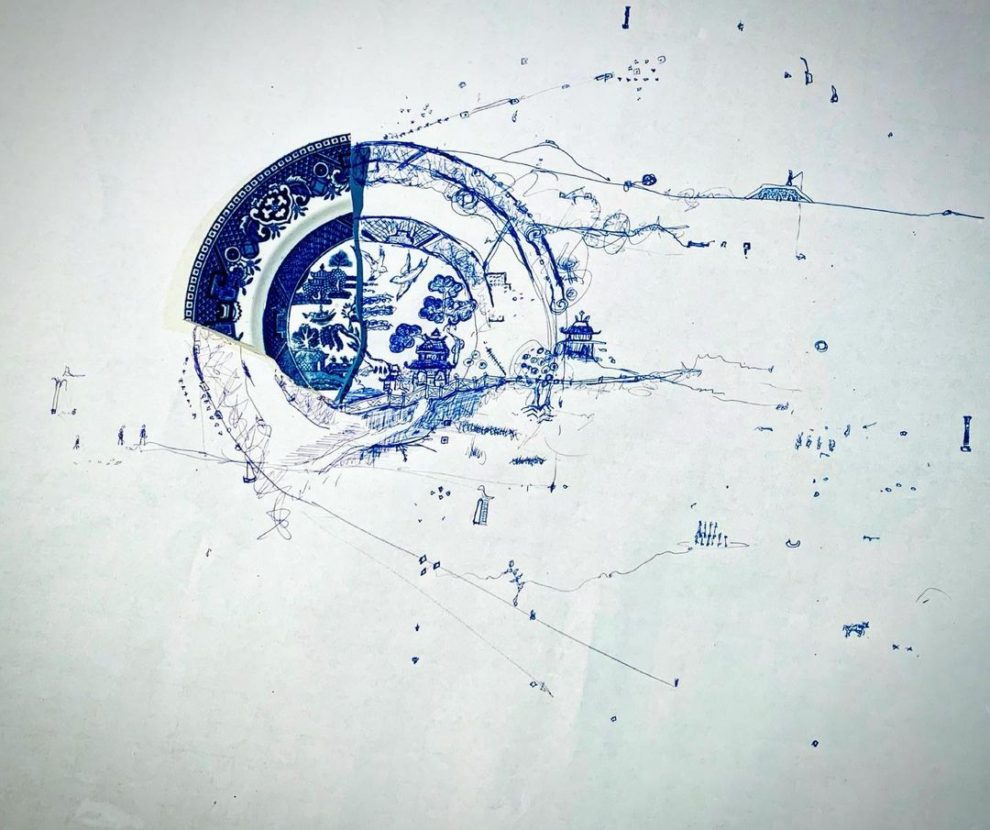 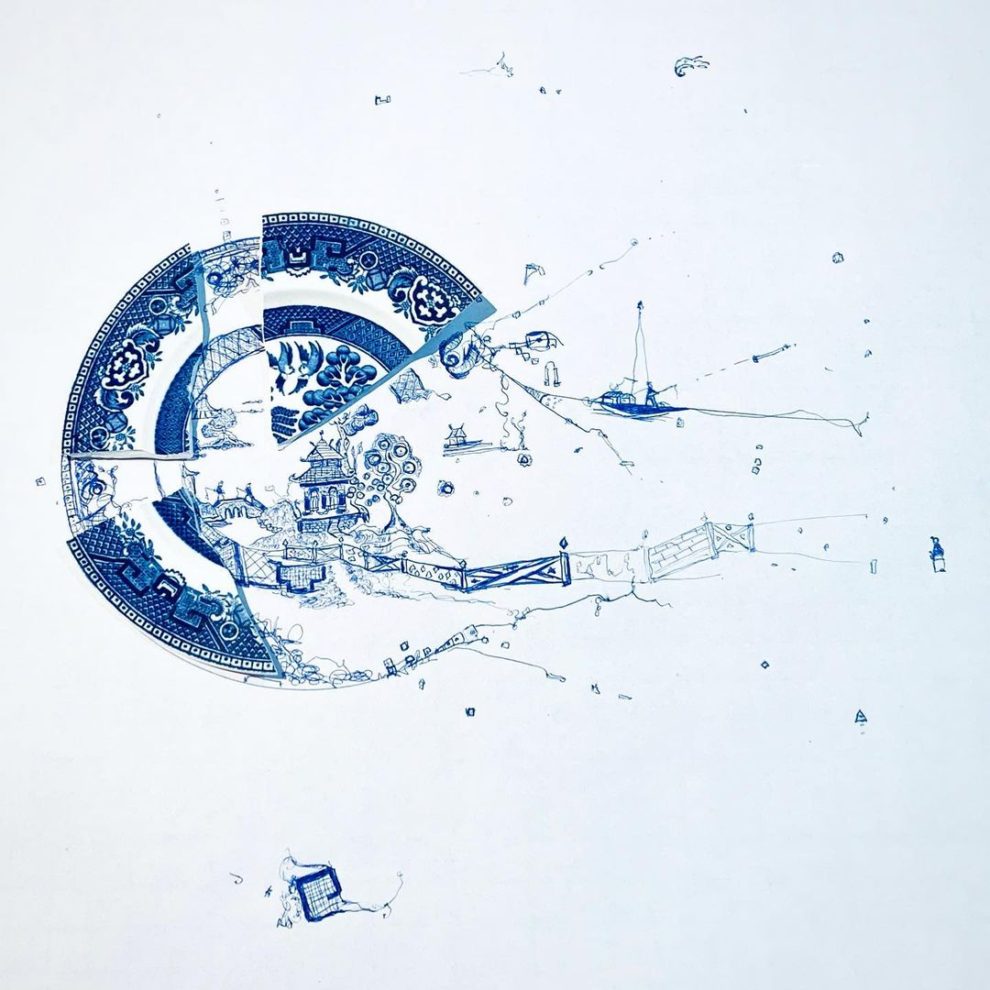 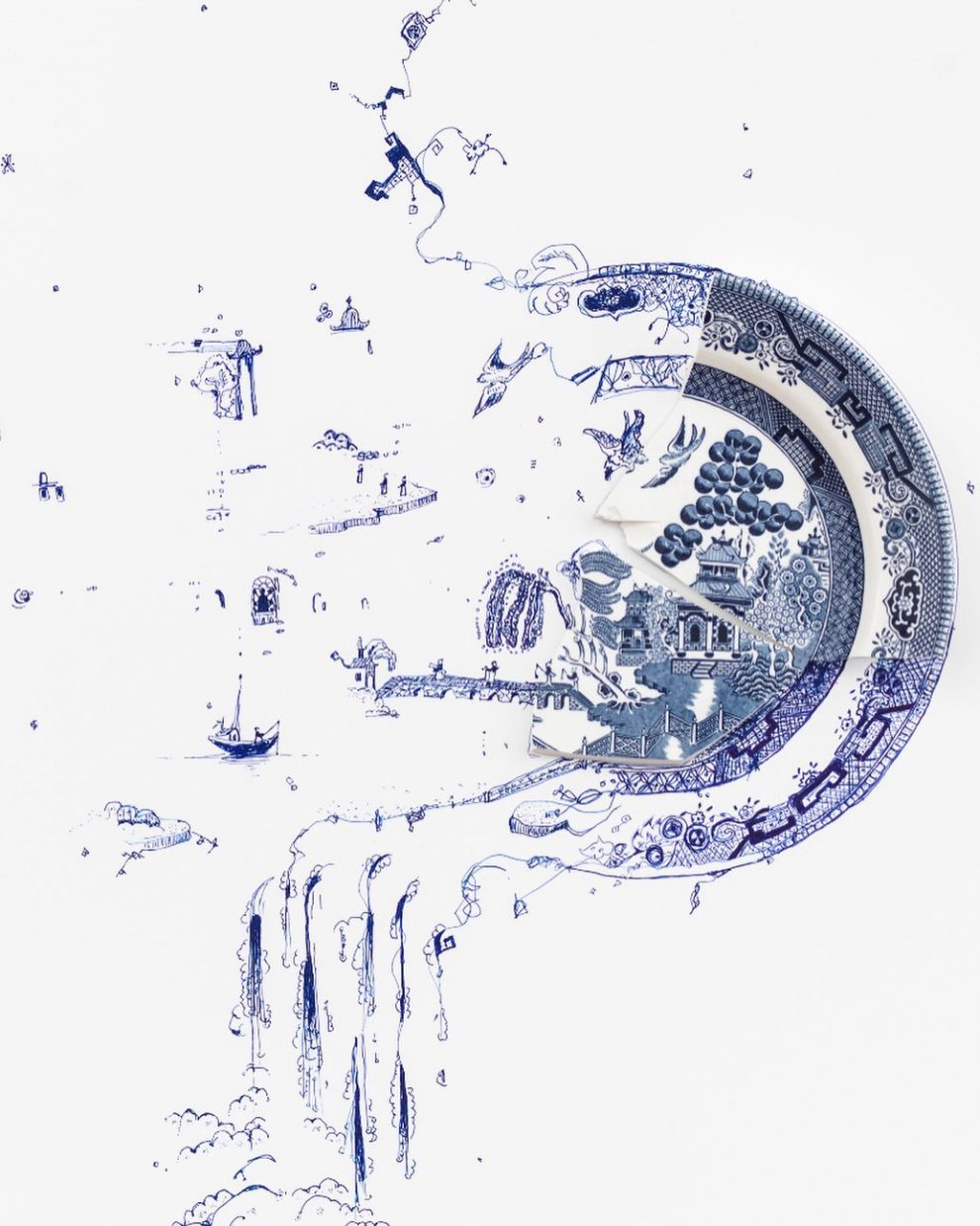 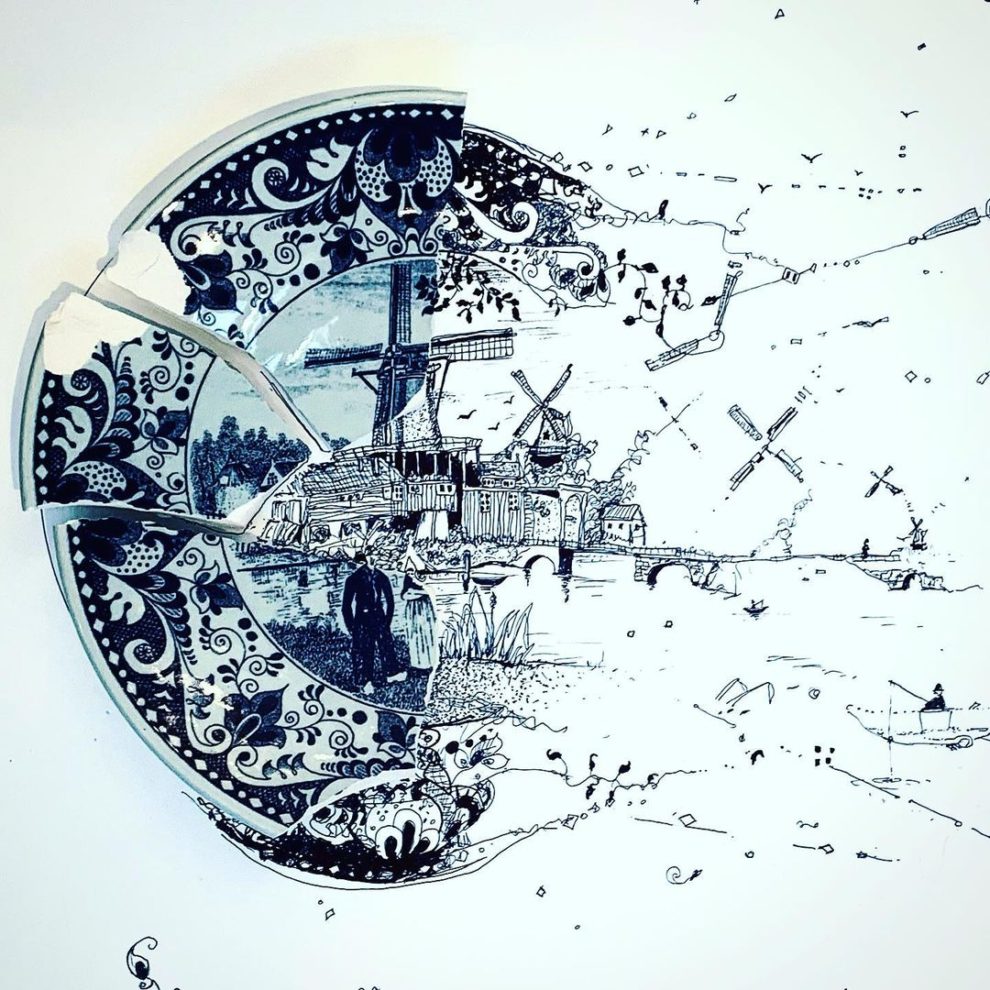 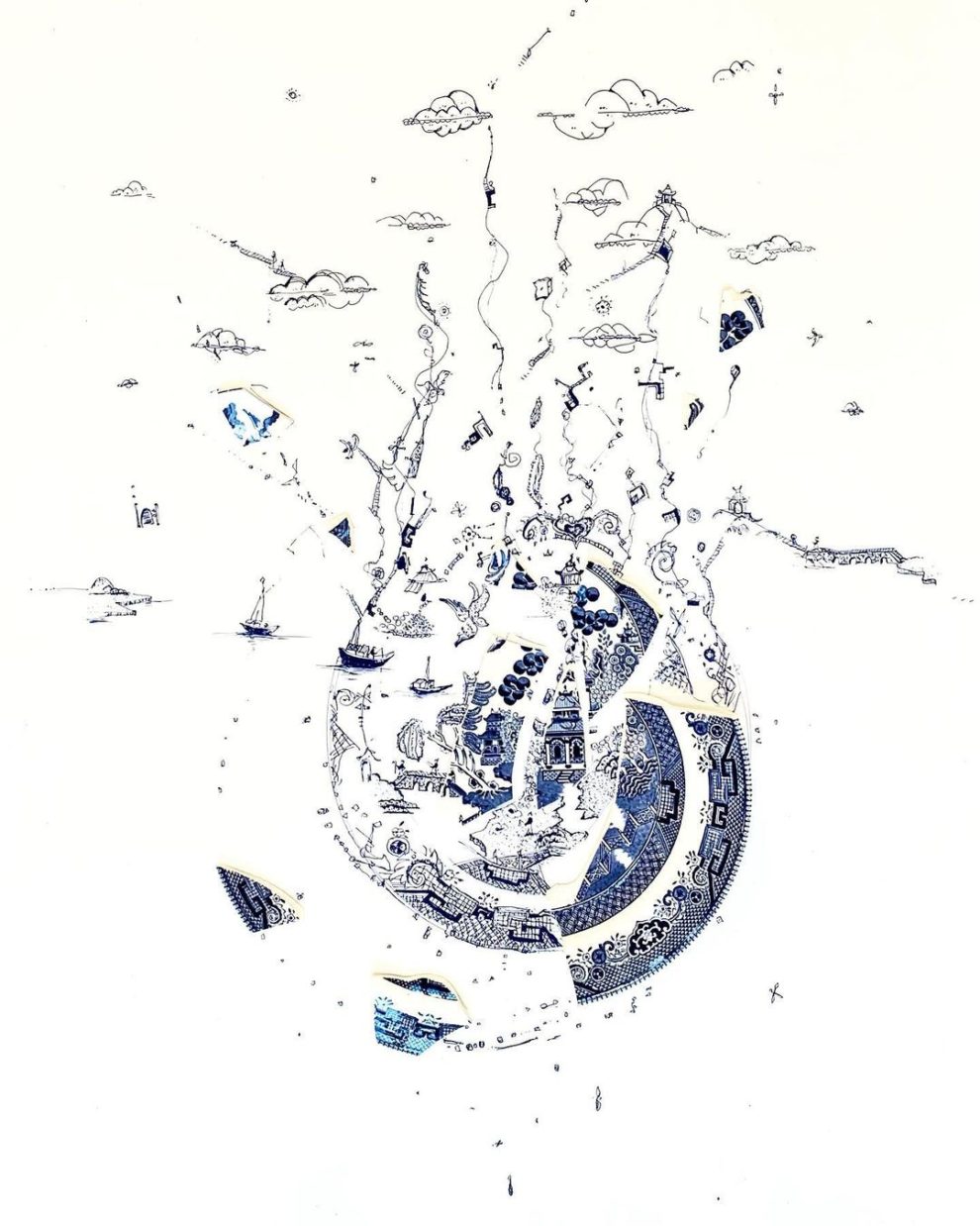 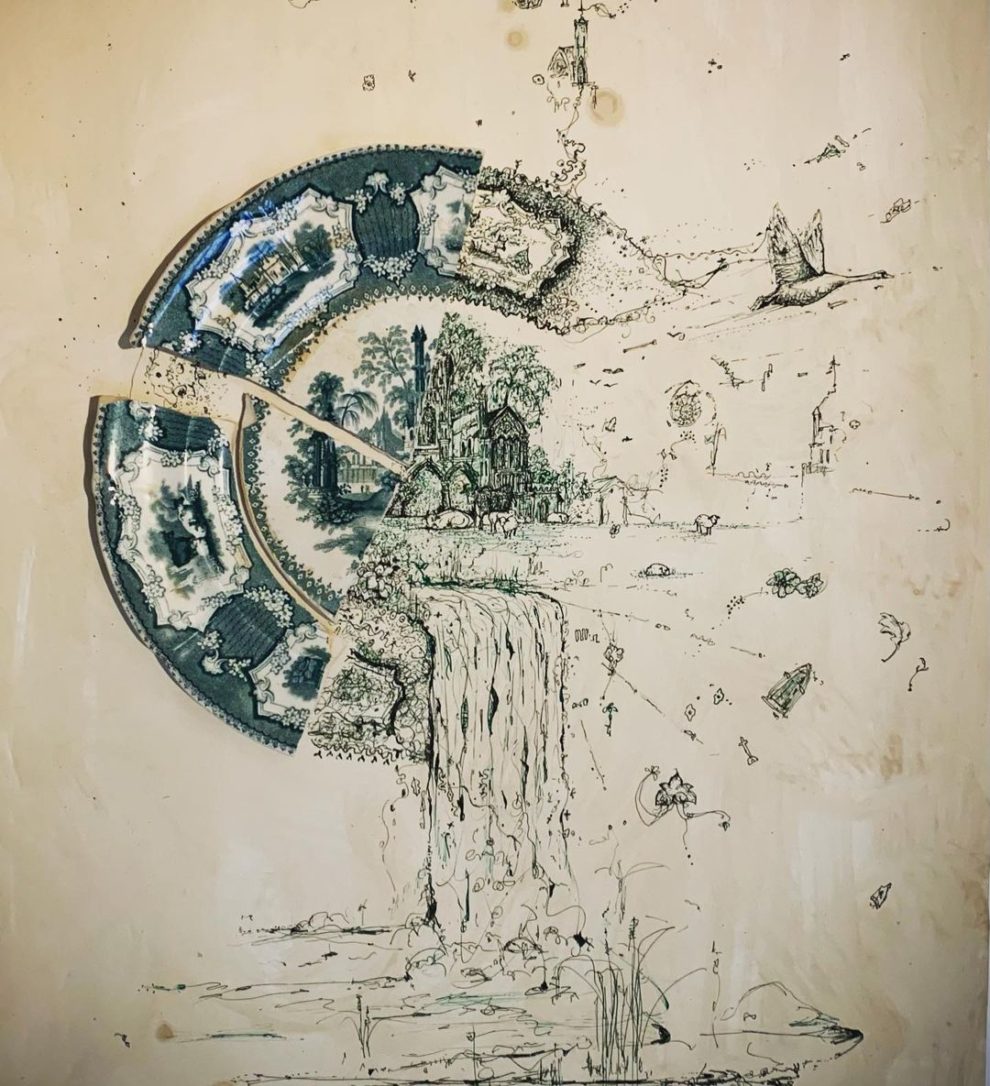 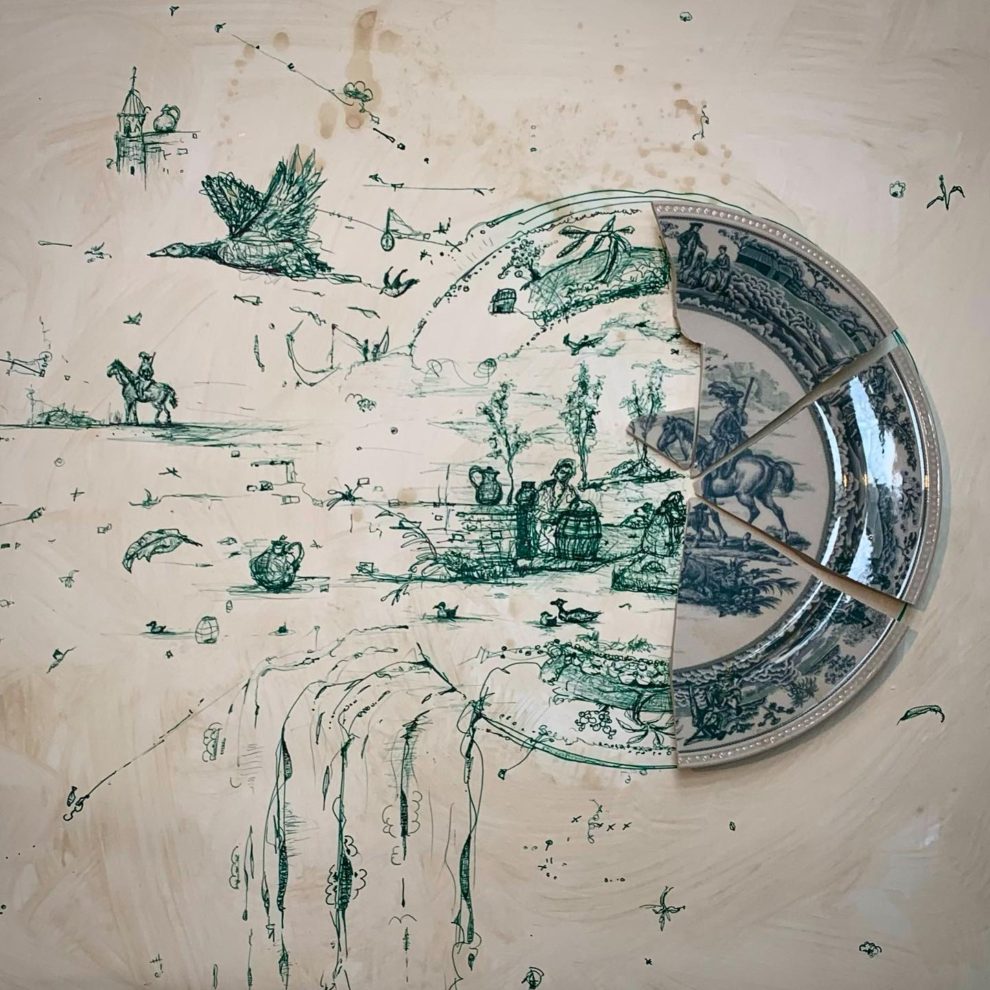 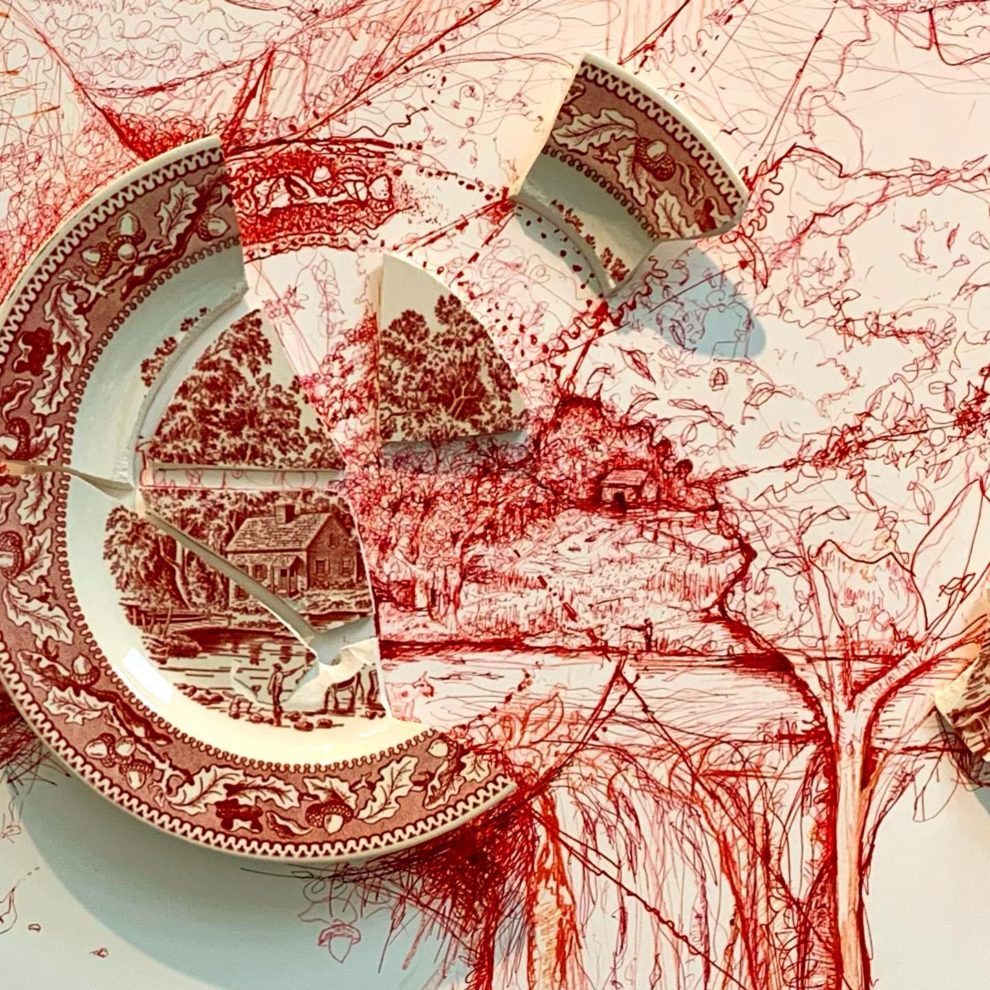 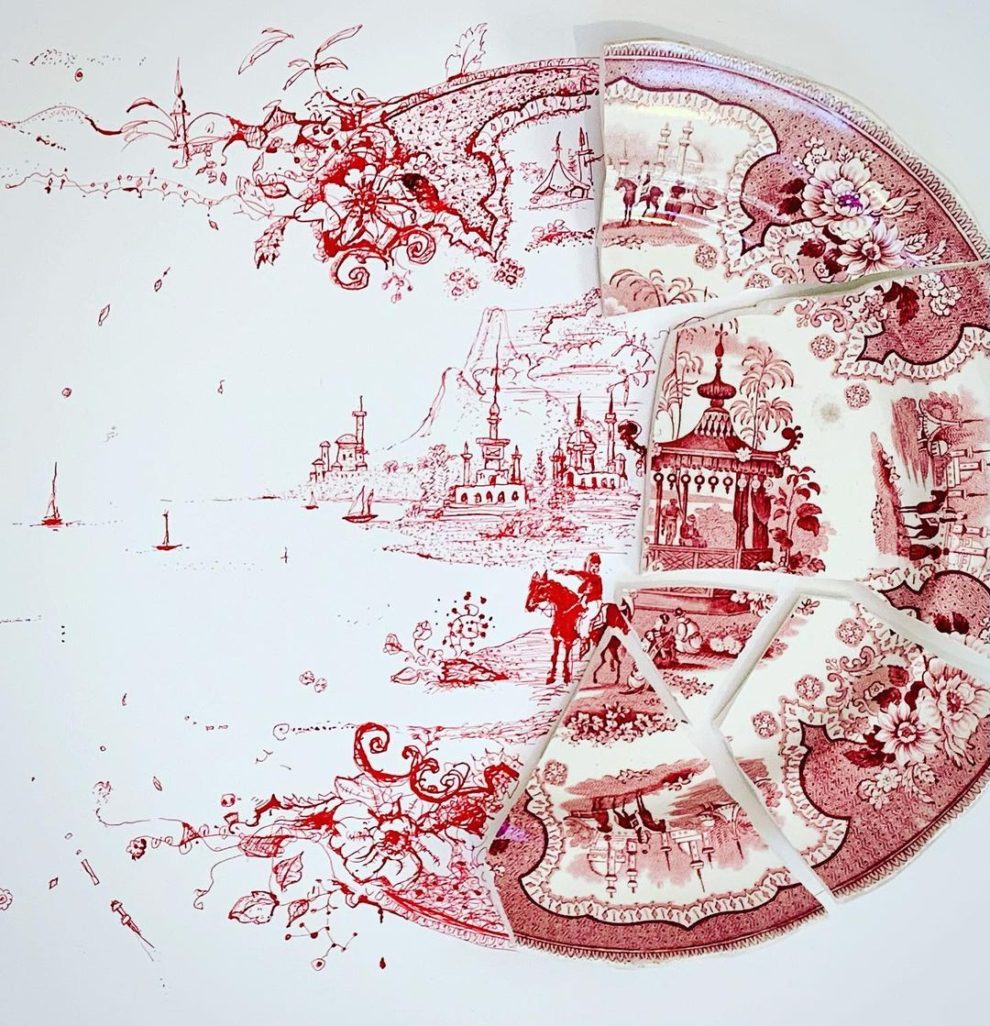