Christo and Jeanne-Claude, the Art Rebels 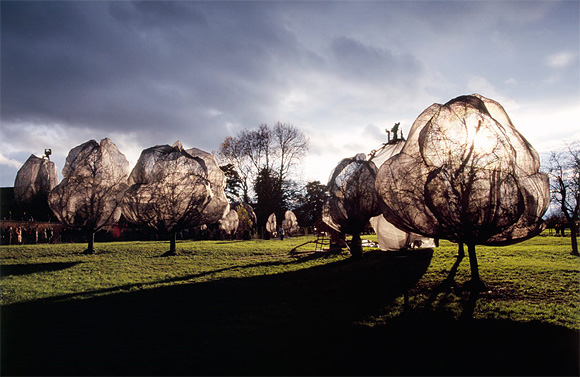 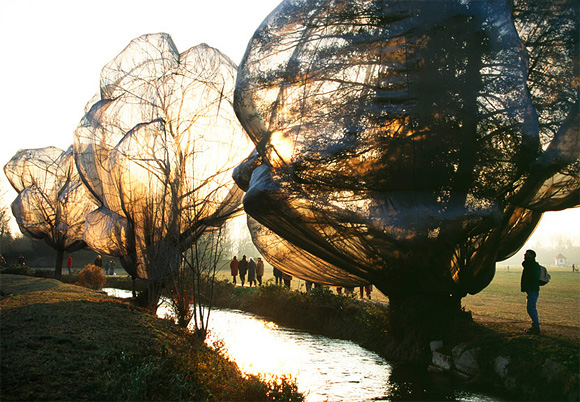 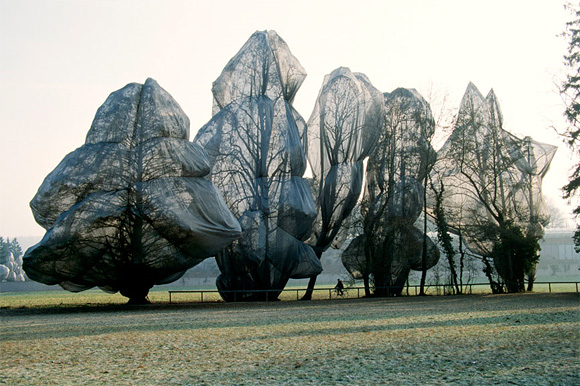 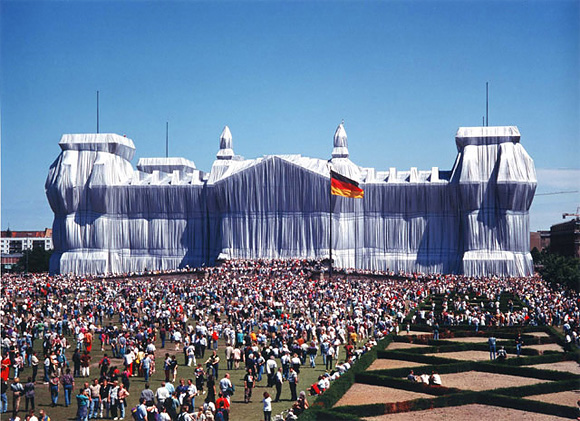 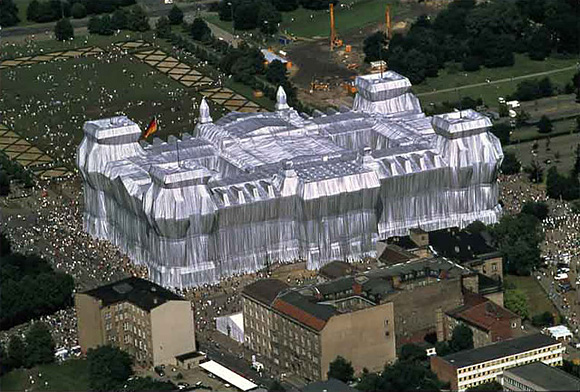 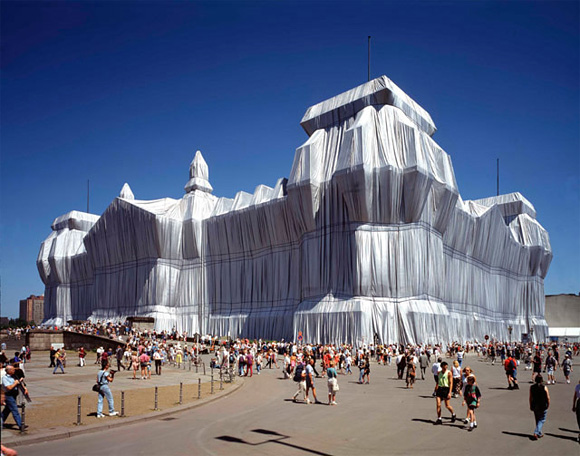 After a struggle spanning through the Seventies, Eighties and Nineties, the wrapping of the Reichstag was completed on June 24th, 1995 by a work force of 90 professional climbers and 120 installation workers. The Reichstag remained wrapped for 14 days and all materials were recycled.

Ten companies in Germany started in September 1994 to manufacture all the various
materials according to the specifications of the engineers. During the months of April, May and June 1995, iron workers installed the steel structures on the towers, the roof, the statues and the stone vases to allow the folds of fabric to cascade from the roof down to the ground.

100,000 square meters (1,076,000 square feet) of thick woven polypropylene fabric with an aluminum surface and 15,600 meters (51,181 feet) of blue polypropylene rope, diameter 3.2 cm. (1.25″), were used for the wrapping of the Reichstag. The façades, the towers and the roof were covered by 70 tailor-made fabric panels, twice as much fabric as the surface of the building. 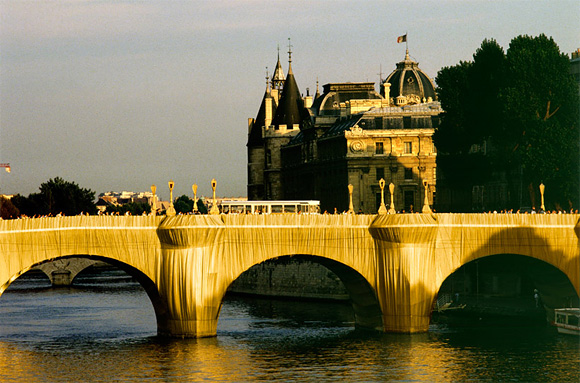 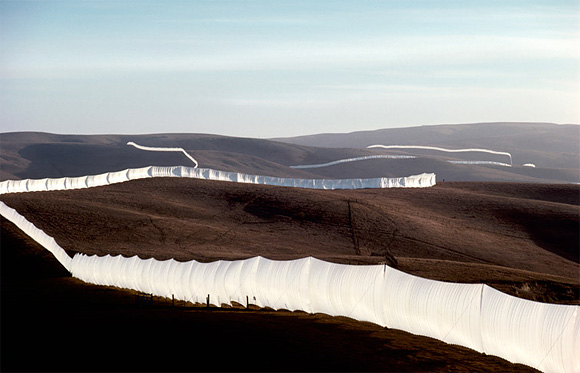 Running Fence, 5.5 meters (eighteen feet) high, 40 kilometers (twenty-four and half miles) long, extending East-West near Freeway 101, north of San Francisco, on the private properties of fifty-nine ranchers, following rolling hills and dropping down to the Pacific Ocean at Bodega Bay, was completed on September 10, 1976. 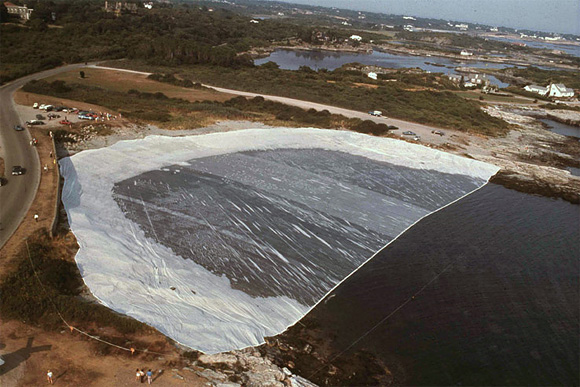 For a period of eighteen days, 13,500 square meters (150,000 square feet) of white woven polypropylene floating fabric covered the surface of the water of a half-moon shaped cove at King’s Beach in Newport Rhode Island. The cove is located on the southern exposure of Ocean Drive, facing the portion of Long Island Sound that meets the Atlantic. 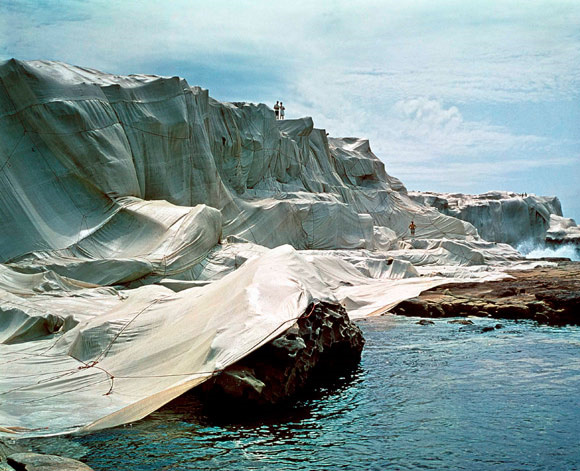