A Comparative View of the Human and Animal Frame 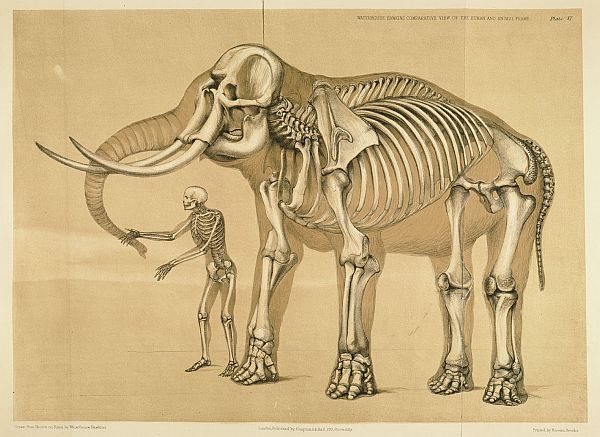 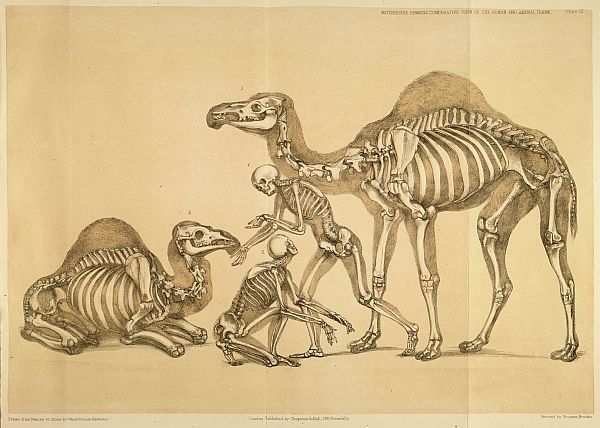 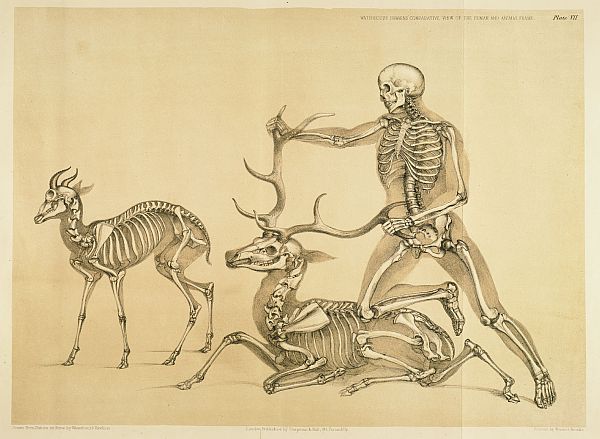 A Comparative View of the Human and Animal Frame by Benjamin Waterhouse Hawkins was published in 1860. This work fits into the second category of materials on the History of Science and Technology Web site, that is, unique or valuable titles in science and technology held by the UW-Madison Libraries. Hawkins’ intent was “to give a comparative view of the variation in form of the bony skeleton or framework of those animals most frequently required by the artist, designer, or ornamentist.” The animals represented are some of the most familiar and important, such as the lion, the horse, the bear, the gorilla, and others. The textual explanations of variation in animal form did not yet reflect the influence of Charles Darwin’s evolutionary theory, but the detailed illustrations added much to the understanding of mammalian anatomy.

Watch This Artist Draw Doodles To Promote His Favourite Makers In A fun And Creative Way
"Open Your Eyes": The Superb 3D Post-Design Aesthetics by Gerardo Garcia
Japanese Artist Paints Adorable Watercolours Of Pet Hamster Doing Human Things
Tired Of Being Asked To Work For Free, This Artist Started Drawing These Client Requests
25 Redesigns Of Famous Logos And Some Of Them Are Better Than The Original
Vancouver Zombie Walk 2012
Sick Bastard Jeff Mahannah and His Off-The-Wall Humor
The Northern Lights set a Glacier Aglow
Delightfully Sarcastic Illustrations Everyone Will See Themselves In
Artist's Series Depicts 'Game Of Thrones' Characters Drawn As Pin-Up
Source of inspiration since 2007. Proudly hosted by WebHostingBuzz.
Privacy Policy · Terms of Service · Content Removal Policy 🇺🇦 ❤️