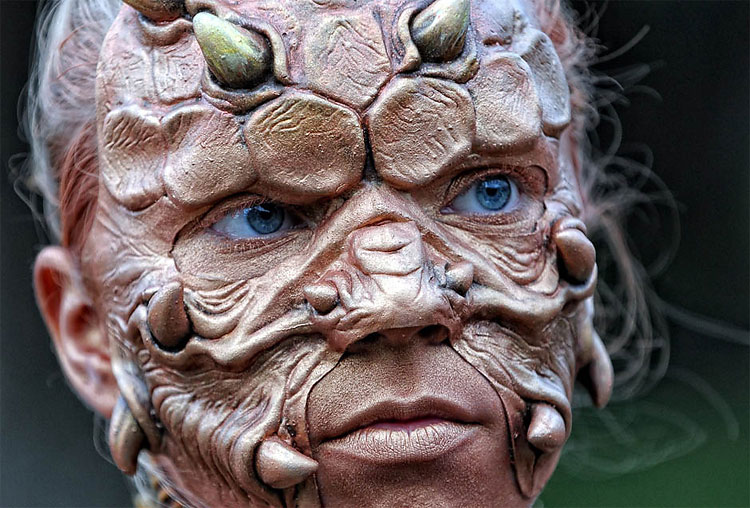 The ConQuest event is the largest interactive festival of that kind. Year by year in summer, the Brokeloh Manor near Hannover. More than 7000 participants from Europe, the US and other places in the world meet up with over 1000 fully trained and supplied extras. The event staff, holding 250 persons, over 120 tons of props and equipment change the manor and more than 60 hectars of fields, forests and else into the fantastic and mystical world of “Mythodea”. (PETER STEFFEN/AFP/Getty Images) 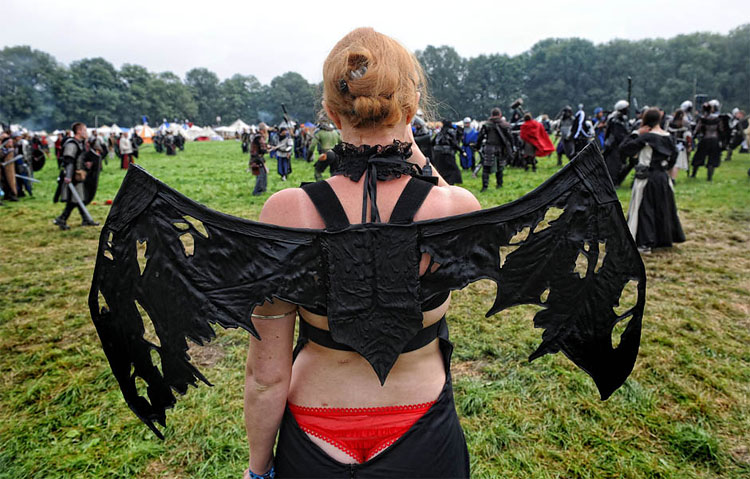 A participant in the “Conquest of Mythodea” role playing event with a made up face poses on the playing field near the northern German city of Brokeloh on August 4, 2011. According to the organisers it is the world’s largest interactive role playing game with over 7000 participants taking part in the three-day event. (PETER STEFFEN/AFP/Getty Images)