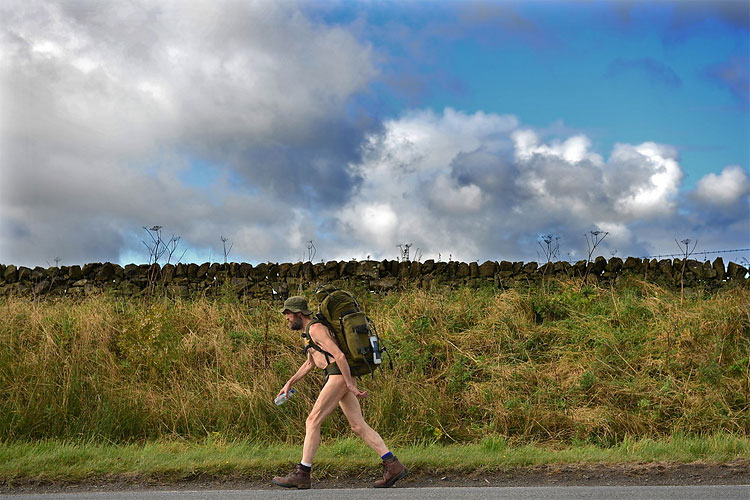 Stephen Gough, the naked rambler makes his way south through Peebles in the Scottish Borders, following his release from Saughton Prison yesterday after serving his latest sentence on October 6, 2012 in Peebles, Scotland. The rambler has 18 convictions and has been in prison on and off since 2006 with offences ranging from not wearing clothes in front of the sheriff, breach of the peace and contempt of court. In photographs by Jeff J. Mitchell. 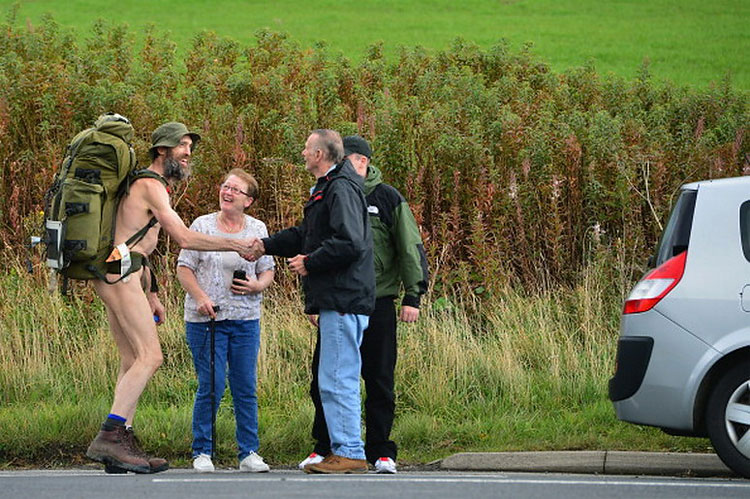 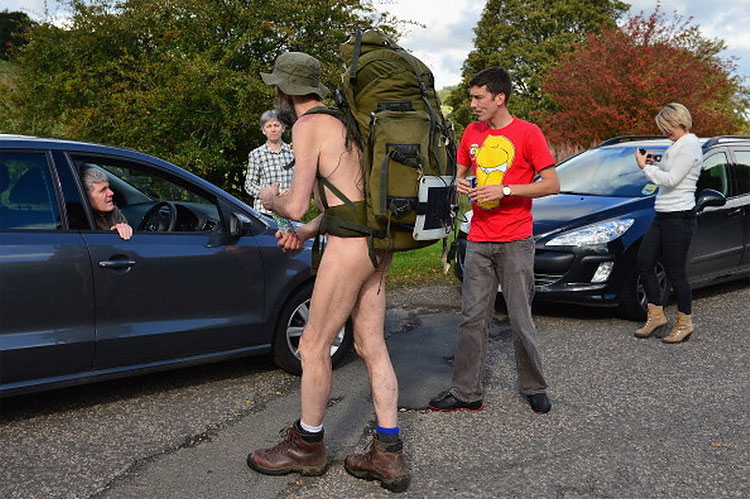 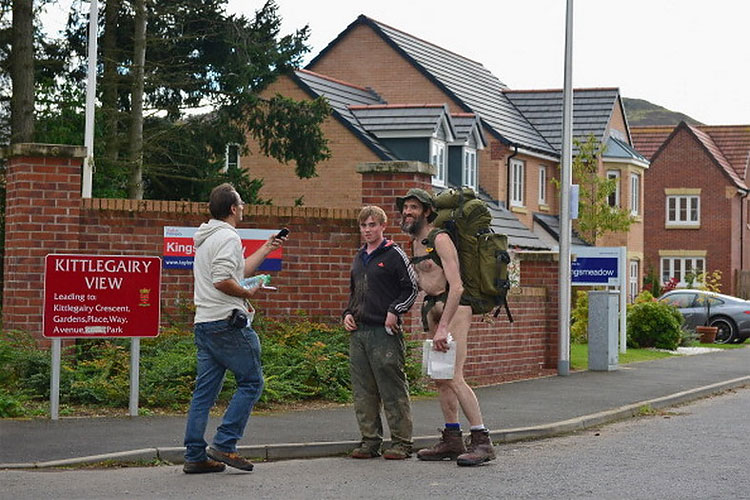 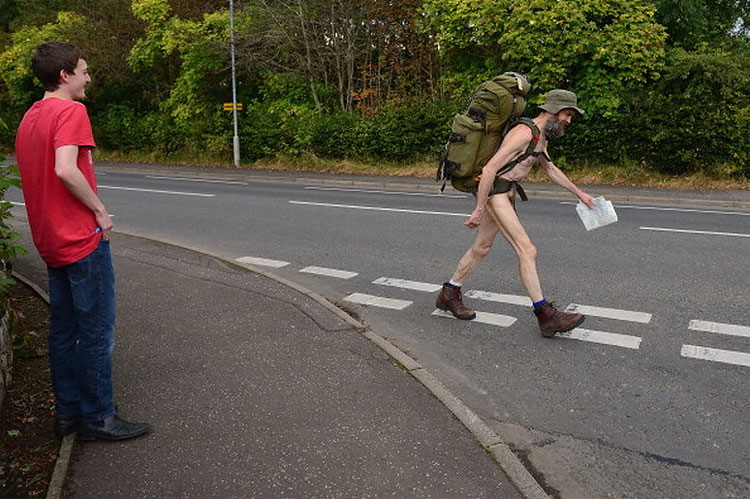 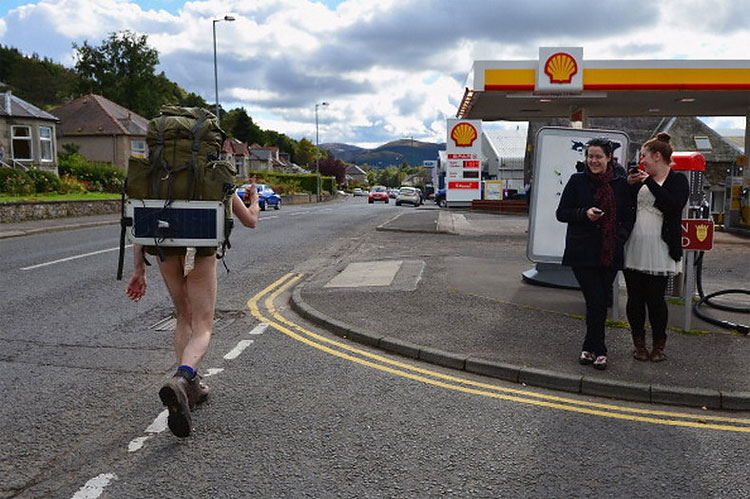 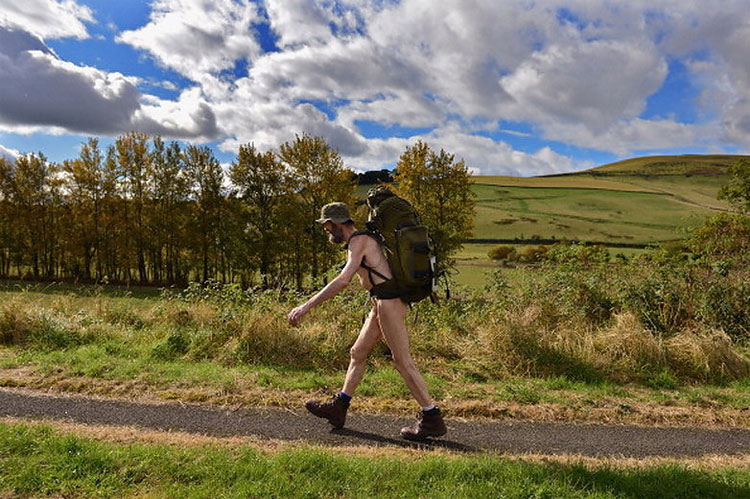 Stephen Gough (born c. 1959), also known as Steve Gough and the Naked Rambler, is an activist, and a British former Royal Marine. In 2003-2004, he walked the length of Great Britain naked. He did it again in 2005-2006, but was arrested in England and in Scotland. He subsequently spent six years in prison, having been repeatedly rearrested for public nudity within a short period, each time he was released. He has spent most of his sentences in Saughton and Perth prisons, in Scotland.

His website claims that ordering him to wear clothes for his court appearance “breached Article 6 of the European Convention on Human Rights” – Right to a Fair Trial. He claimed that Articles 3 and 5 to 11 have been repeatedly breached by the authorities since he and Melanie arrived in Scotland. He was involved with the public nudity advocacy group The Freedom to be Yourself.