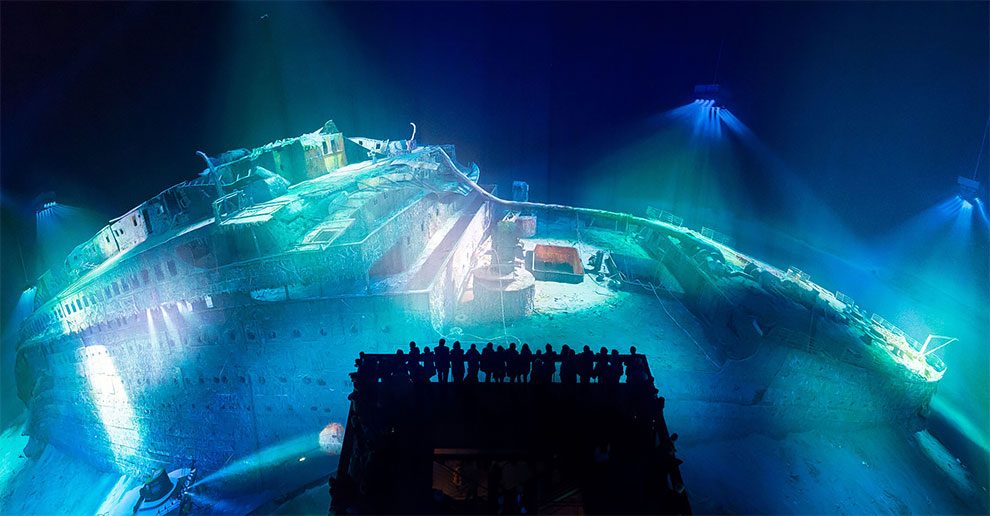 28 January 2017 sees the world premiere of the 360° Panorama “TITANIC – The Promise of Modernity” by Yadegar Asisi in the Panometer Leipzig. With a scale of 1:1, the panoramic image covers an area of approximately 3,500 square metres, leading visitors to the sunken wreck of the RMS Titanic, 3,800 metres below the surface of the North Atlantic. 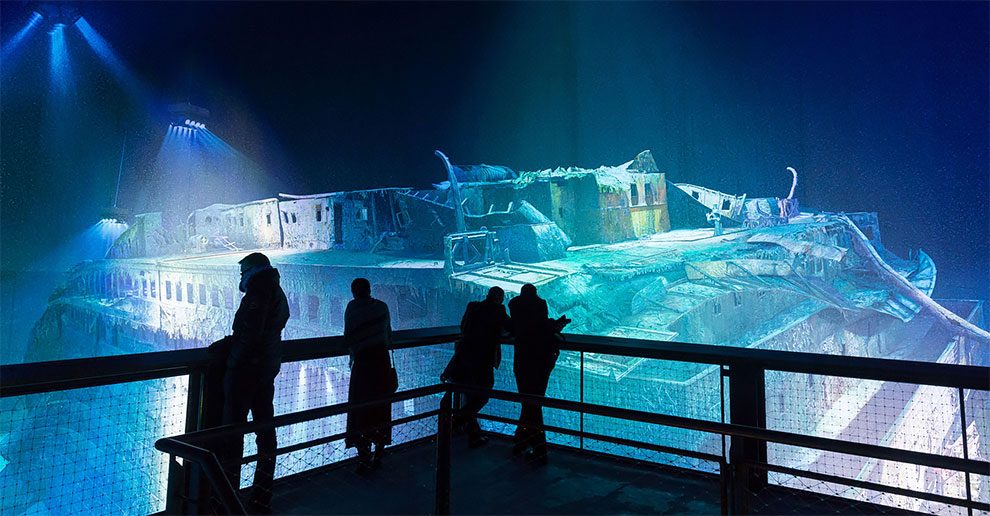 Although the sinking of the Titanic on 14 April 1912 is already over 100 years ago, the Panorama is one of the works of Yadegar Asisi that appeals to the collective memory. The prompt reporting of the event around the world led to the tragedy becoming embedded in the collective memory. The presence of numerous famous passengers on board meant that the sinking attracted a great deal of attention. Names such as Guggenheim or Astor represent these enormously wealthy victims. Numerous filming adaptations of the subject from 1912 to the present also contributed to the notoriety: The best known of these is James Cameron’s 1997 film, starring Kate Winslet and Leonardo Di Caprio. 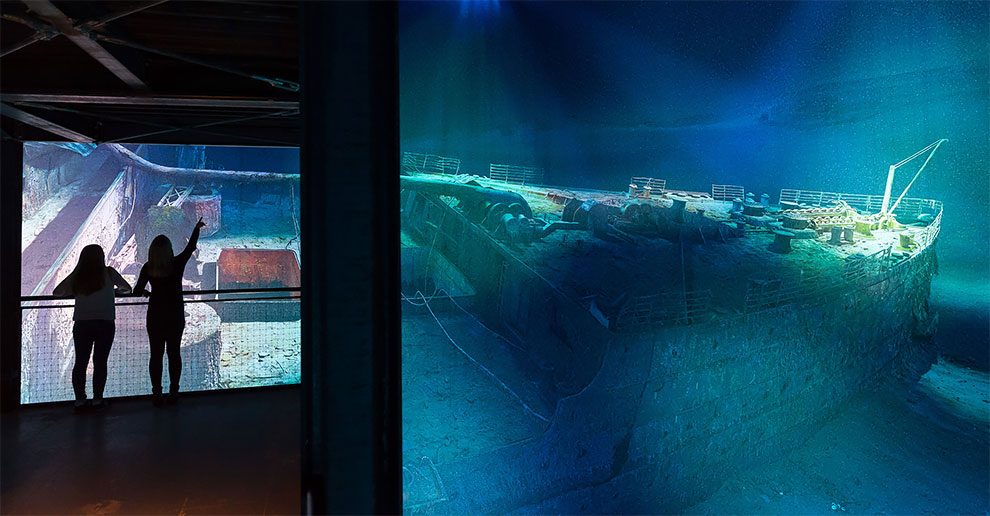 With TITANIC Asisi not only addresses the actual maritime tragedy off the coast of Newfoundland, he also uses the sunken wreck to promote contemplation of man’s striving to overcome nature, whatever the cost, thereby losing sight of his own limitations and possibilities.

Yadegar Asisi on his motivation: “For me, on the one hand, the Titanic stands for an extraordinary engineering accomplishment, on the other hand, her fate symbolises the hubris of mankind.” 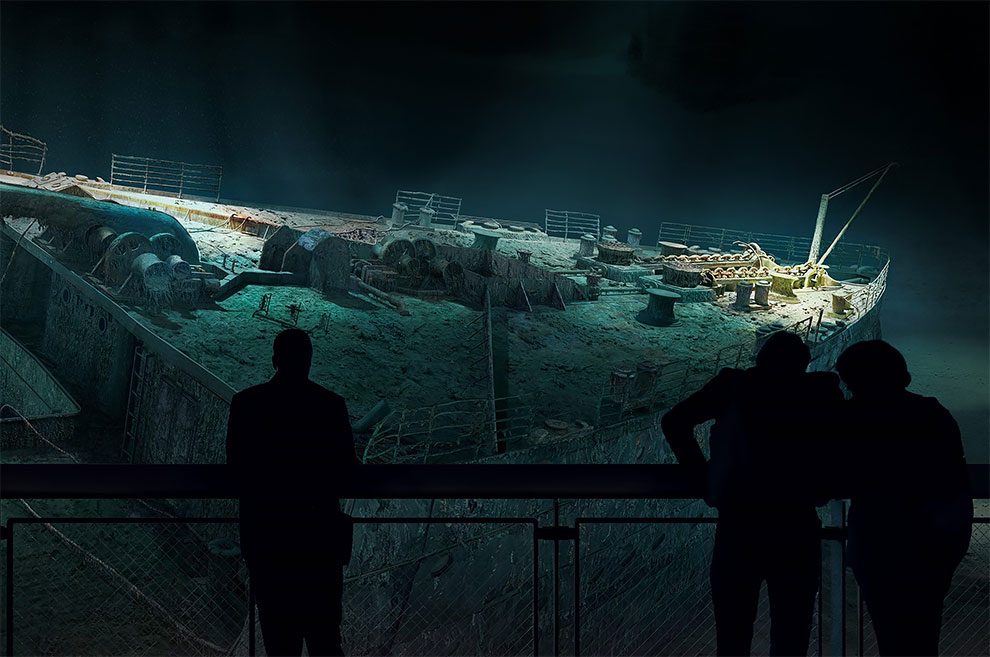