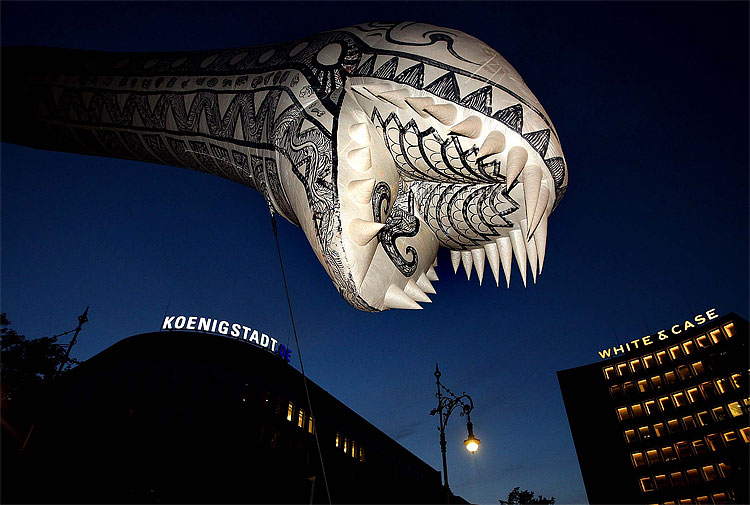 An inflatable snake hovers during a performance by the French street theater company Plasticiens Volants in Berlin, Germany. The spectacle, featuring gigantic flying inflatable fairy-tale creatures and performers on stilts and in costume ,was a part of celebrations for the 125th anniversary of the Kurfuerstendamm, known locally as the Ku’damm, a shopping boulevard. (Adam Berry/Getty Images) 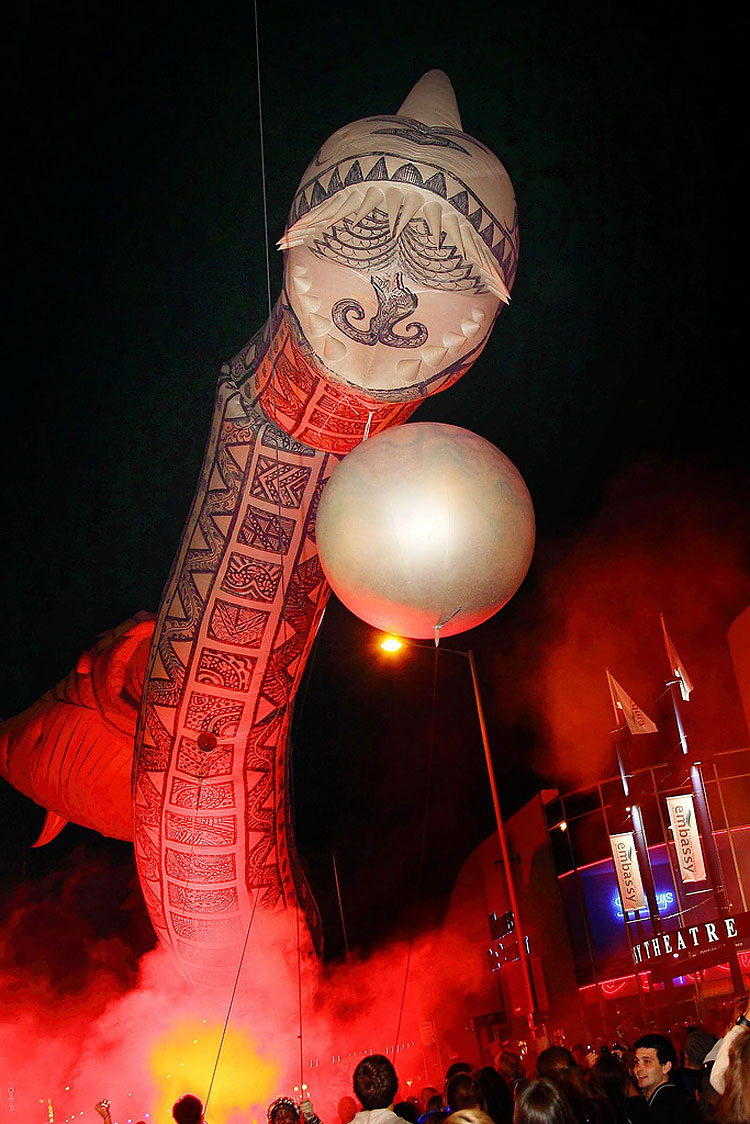 The evil sea snake attempts to grab the pearl. Plasticiens Volant performance at SO Festival 2010. (flickr.com/photos/lava-pr) 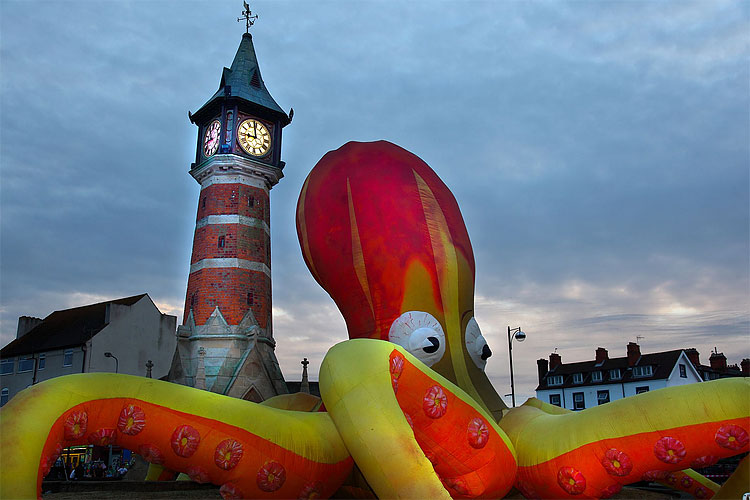 The giant inflatable octopus, a key character in Plasticien Volants’ story of Perle, which was performed on the Saturday night of SO Festival 2010. (flickr.com/photos/lava-pr) 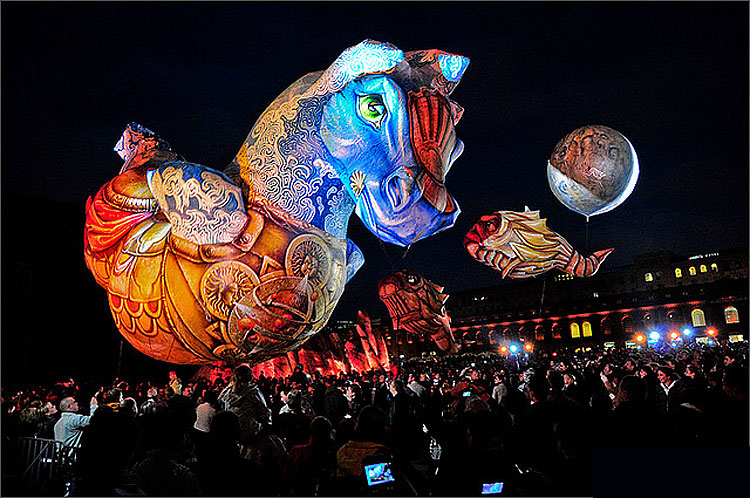 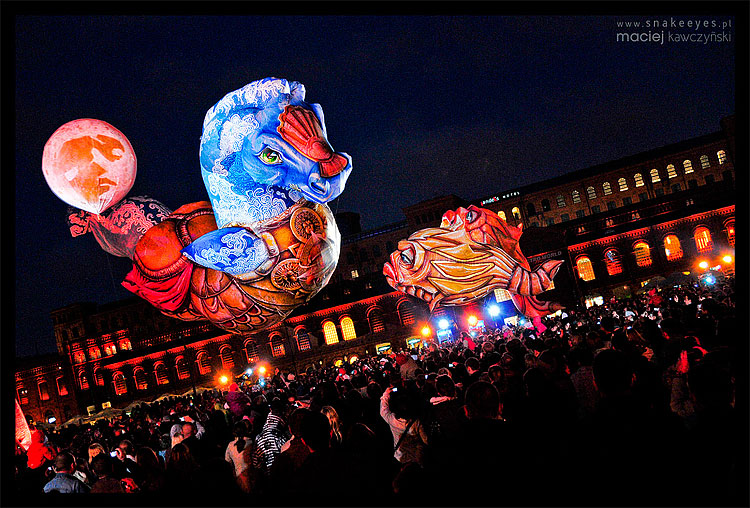 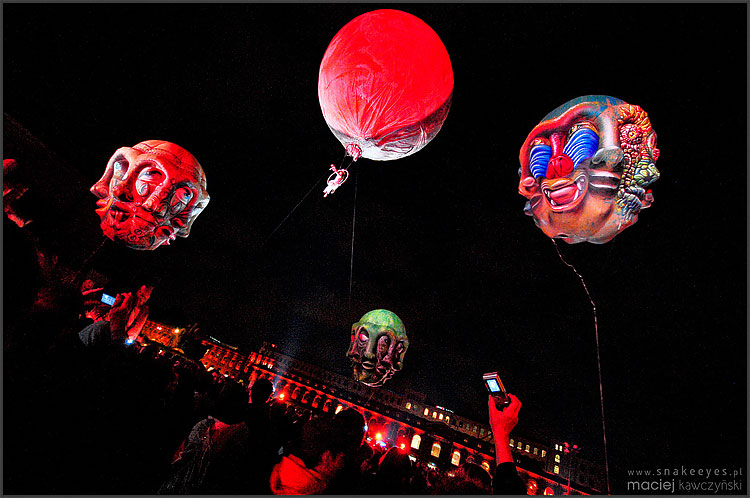 Developing a new show takes the group several years. For the latest one, entitled Big Bang and inspired by the creation of the universe, they prepared for three years. Each piece has to be designed on the computer, than transferred onto cloth, sown together from several pieces, painted in bright colors and inflated with helium to be tested. (flickr.com/photos/snake-eyes)