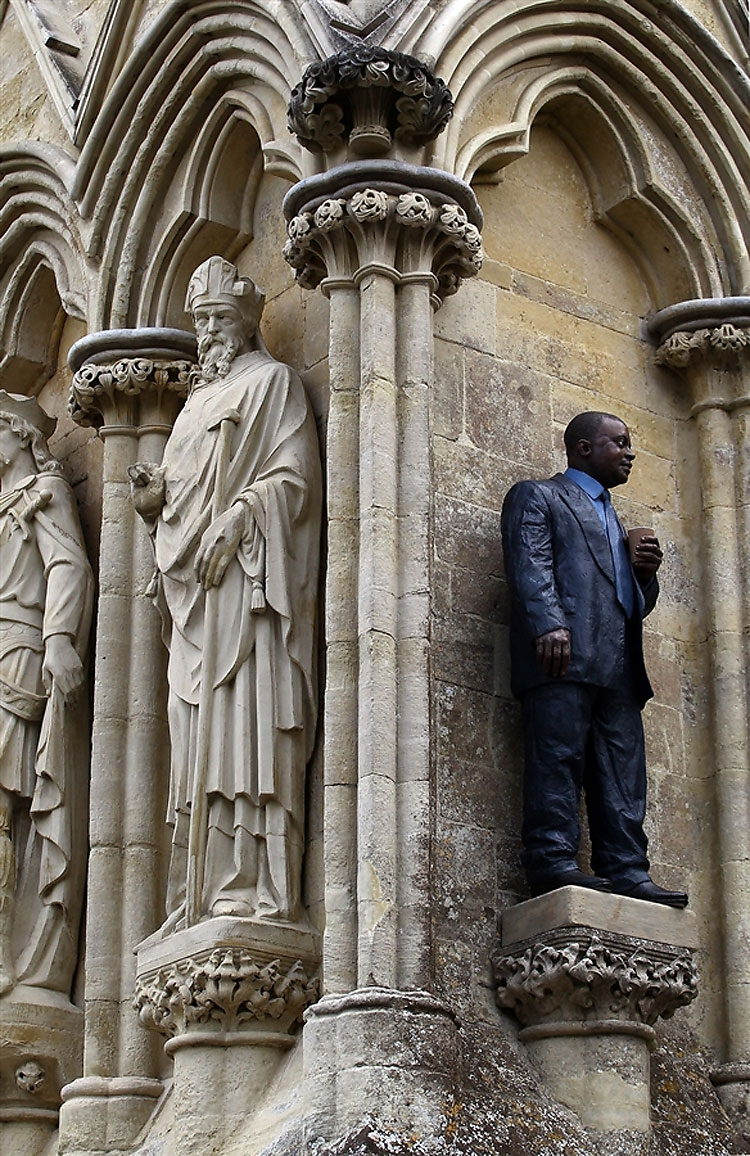 Sean Henry‘s sculpture Man with Cup (2008) is exhibited on the West Front of Salisbury Cathedral on August 2, 2011 in Salisbury, United Kingdom. The exhibition, ‘Conflux: A Union of the Sacred and the Anonymous’, features over 20 contemporary sculptures of dramatically different scales occupying vacant plinths and open spaces on both the inside and exterior of the iconic 13th century building. This exhibition brings to the Cathedral the biggest single group of polychrome sculpture since the Reformation and runs until the end of October. (Matt Cardy / Getty Images) 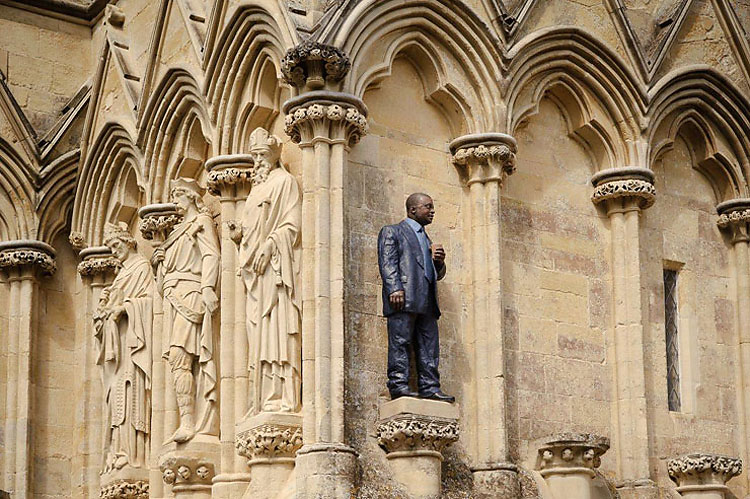 21 sculptures by Sean Henry can now be seen in and around the Cathedral. Opening times Mon-Sat 9-5 and Sun 12-4 (Admission free).The exhibition unites Henry’s contemporary figures celebrating the anonymous with the sacred setting of Salisbury Cathedral. 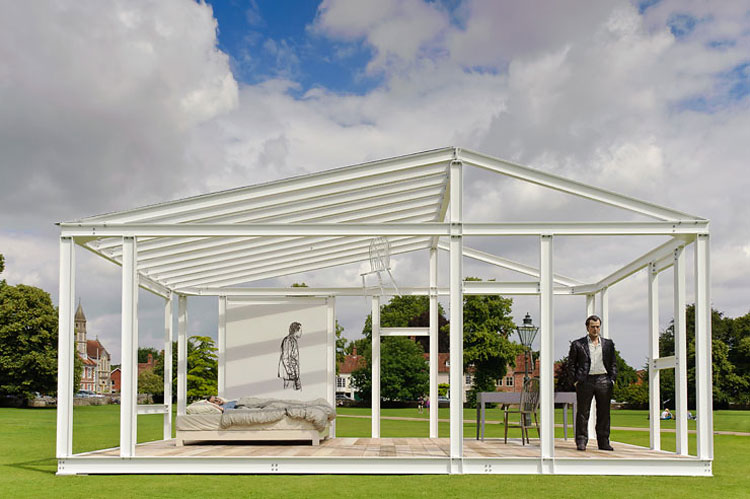 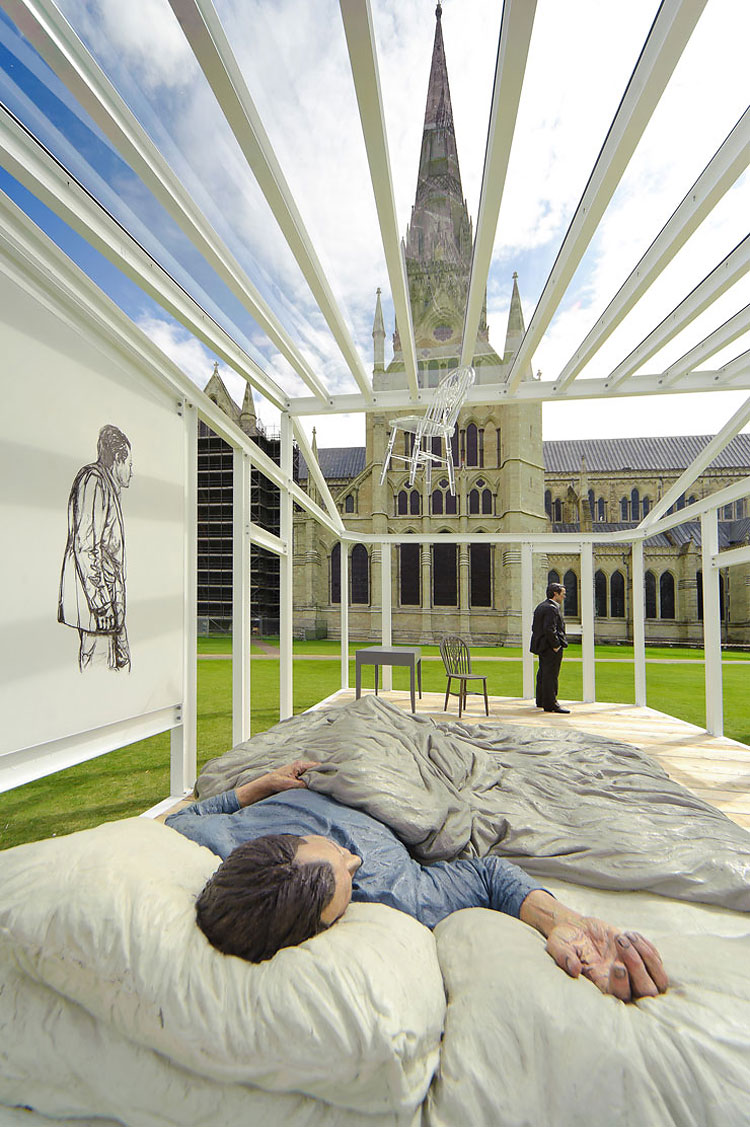 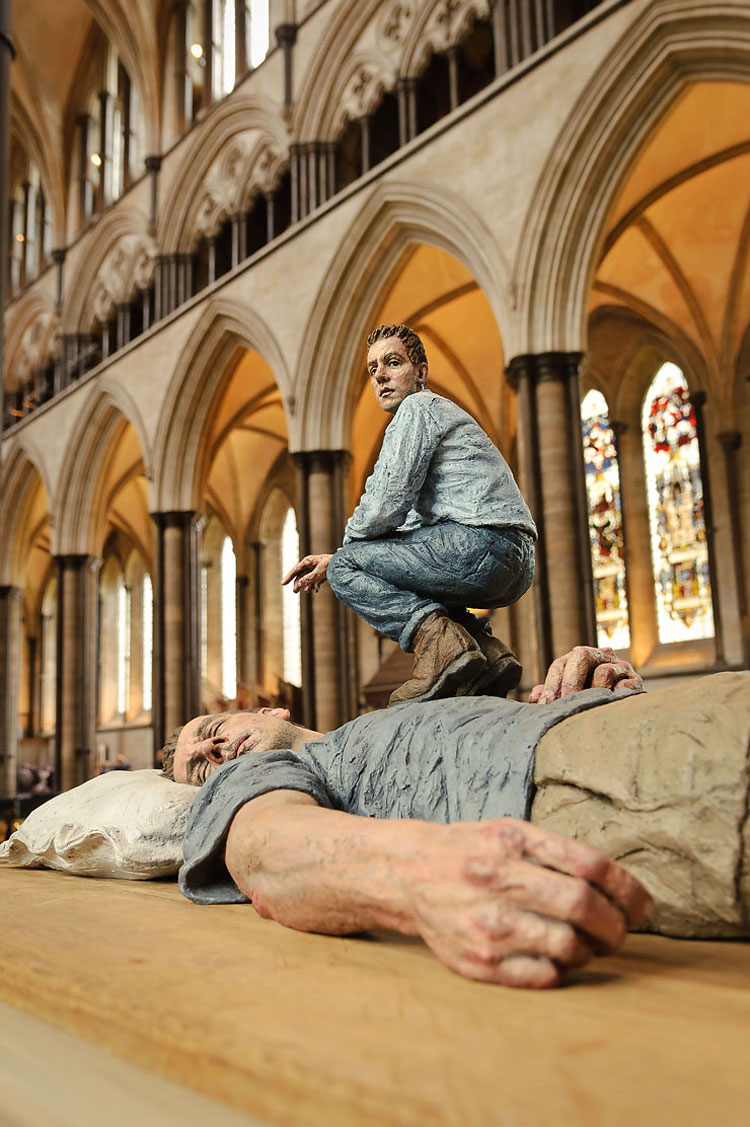