When artist Mac Premo found himself face with moving to a smaller studio, he had to get rid of the thousands of objects he collected over the years as an autobiographical archive. The objects have taken on a new life as “an enormous collage” created inside a 30 yard dumpster you can walk into and explore. His Dumpster Project found a new home this month at the Brooklyn Dekalb Market after premiering at the Dumbo Arts Festival. 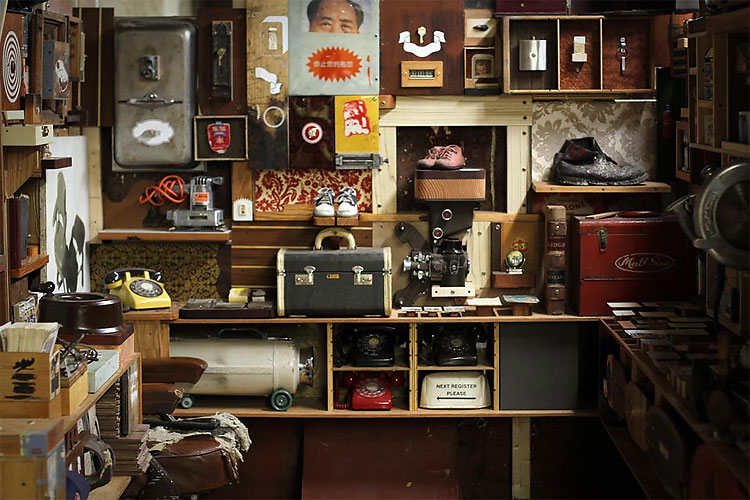 Installation view of the Dumpster Project, back wall. 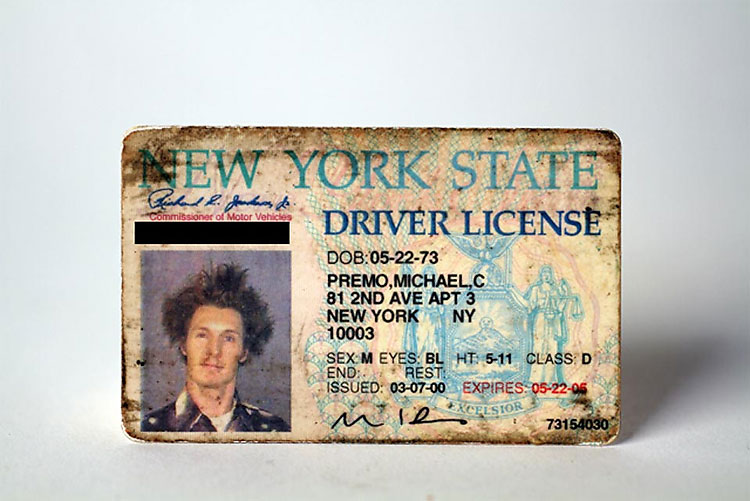 Object photographed by Premo, from the Dumpster Project blog: “I am not a proud man, as I think pride is the medium of demise. Having said that, I am proud of my license picture.” 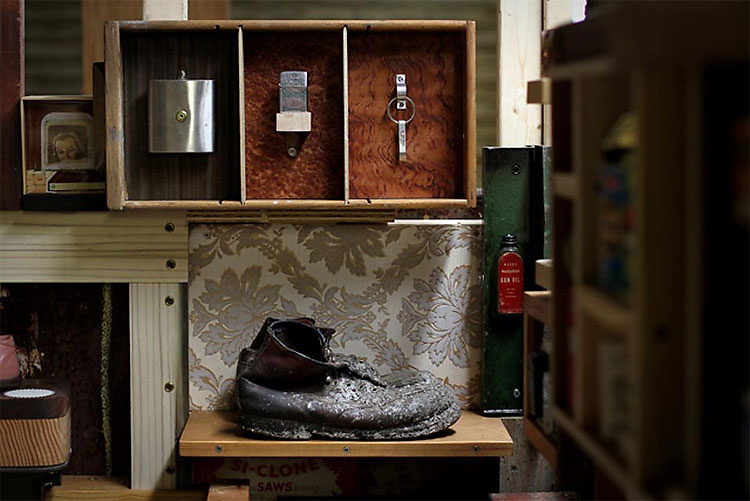 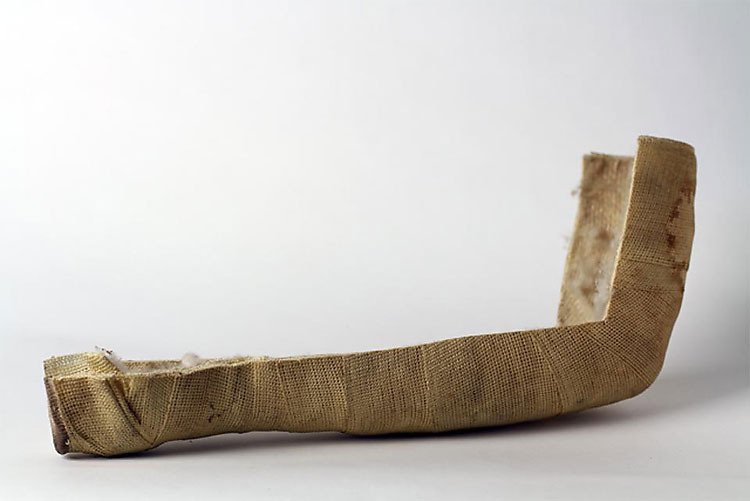 Premo: “The bases were loaded, nobody out in the bottom of the 7th and final inning of a rubbermatch playoff softball game. Winner goes to the finals, loser goes home. The score was tied, I was at third. In softball, this is pretty much game over. The ball was hit sharply to shortstop. I broke for home and dove headfirst, trying to make something out of nothing. I broke my wrist. The next batter popped up on the first pitch, the following batter flew out. I stayed in the game, even got a one arm single in the 8th, but our spirit was broken. Two Boots Pizzeria went onto the finals after 8 or 9 innings. I went to the hospital.” 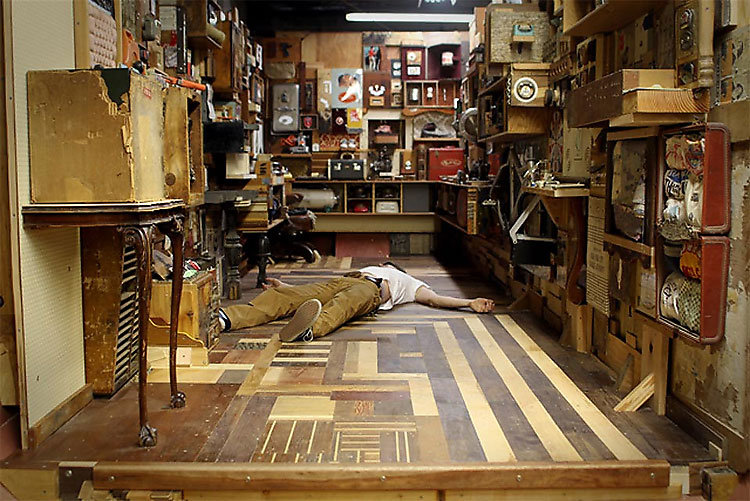 Premo laying on the floor of the dumpster during installation: “We still have a roof to install, and then the Dumpster needs to be transported over to DUMBO, but basically, this thing is done. Which is to say it is just beginning.” 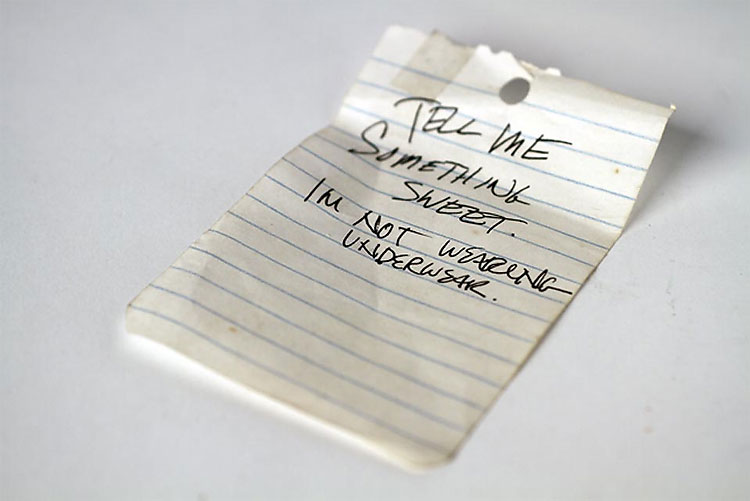 Premo: “I do not know who posed the question, not certain I recognize the writing. The answer is unmistakably Betsy’s. Hell, it could have been typed and I would have recognized it as hers.” 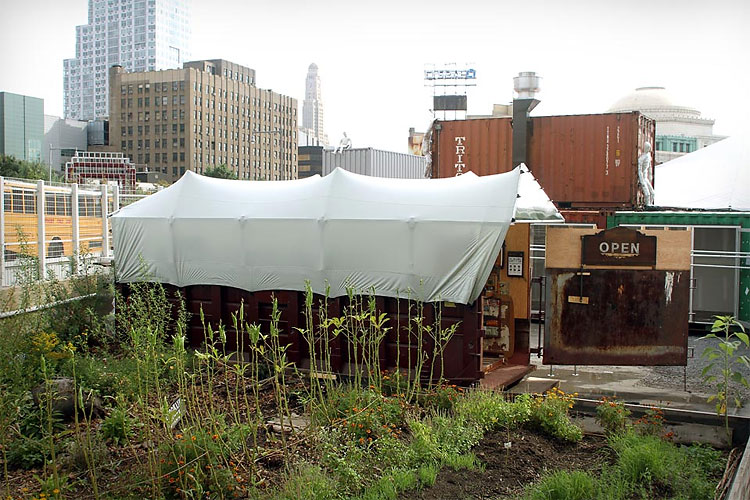 The Dumpster Project’s new home at the Brooklyn Dekalb Market. Premo: “And here it is, nestled between some coffee shop made out of a container and a plot of land used to grow stuff you can eat with your face, right in the middle of Brooklyn.”