Don’t forget to check a previous one – Animal Instinct: The World’s Most Unlikely Friendships. 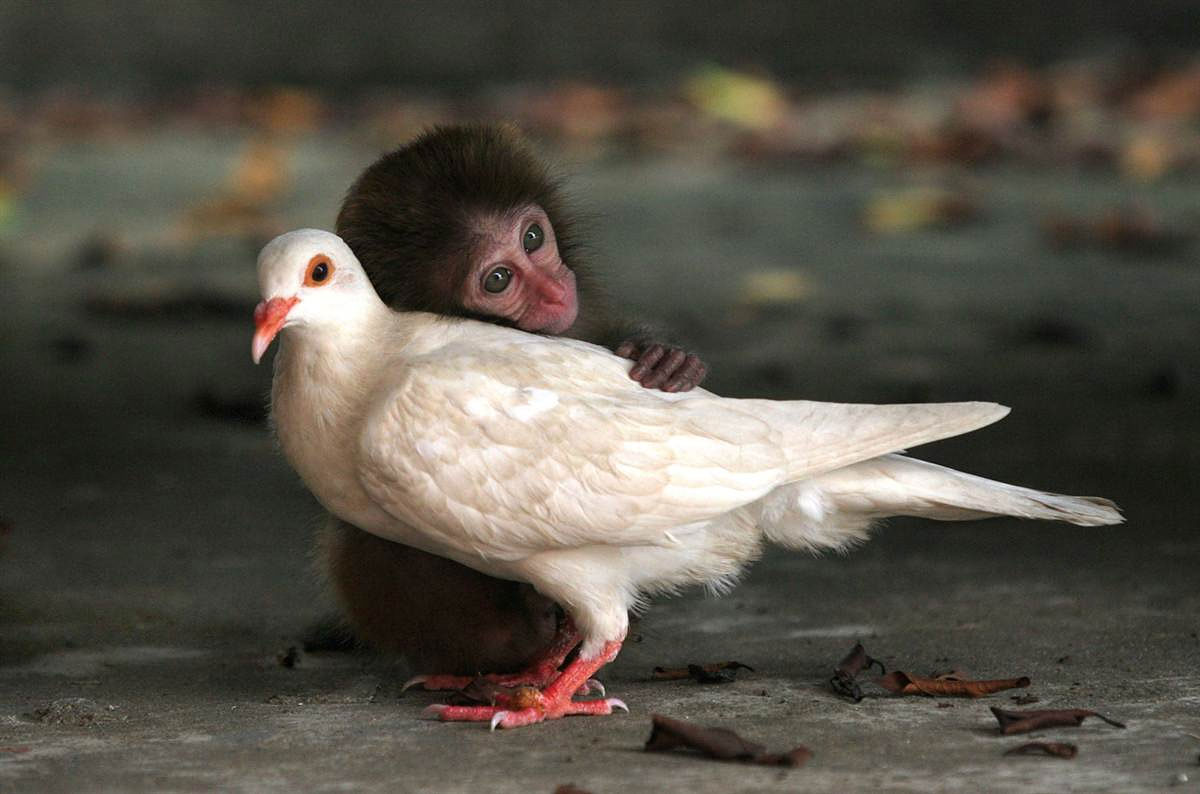 An orphaned rhesus monkey and white dove that seemed to have lost its mate forged a special bond at the Neilingding Island-Futian National Nature Reserve in China. The monkey was born on the island but had strayed from its mother. Luckily, it was taken in by work staff in the protection center and became friends with the pigeon that had lingered there after possibly losing its mate. (Photo by CNImaging/Photoshot) 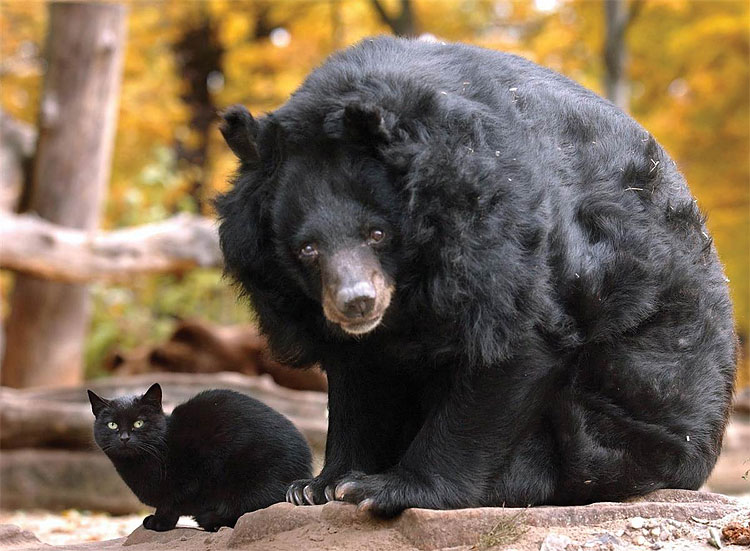 It’s not clear why or when this stray black cat turned up in the bear enclosure at the Berlin Zoo. But something is clear: She’s been coming back for 10 years to see her friend, the oldest known female Asiatic bear. (Photo by EPA/Alexander Ruesche) 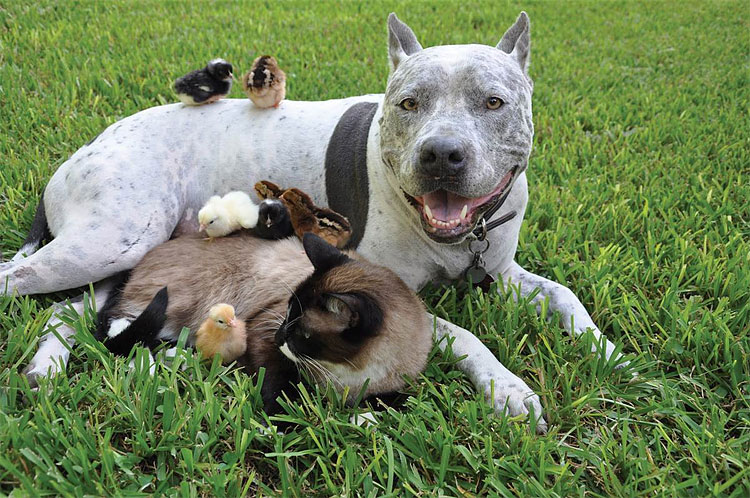 Chicks perch on a Siamese-snowshoe cat, who keeps the little ones in a line with her nose, and a pit bull, who is a loving father figure to many animals on their Texas farm. (Photo by Helen J. Arnold) 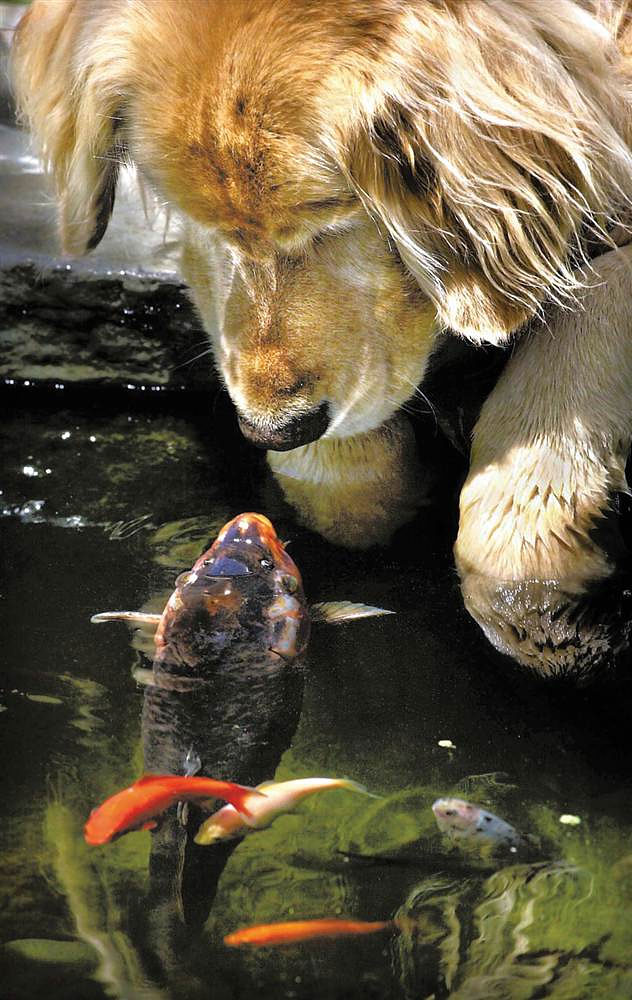 A big goldfish, or koi, named Falstaff swims over to the pond’s edge for another meeting with a golden retriever named Chino in a backyard pond in Oregon. (Photo by Bob Pennell/Mail Tribune) 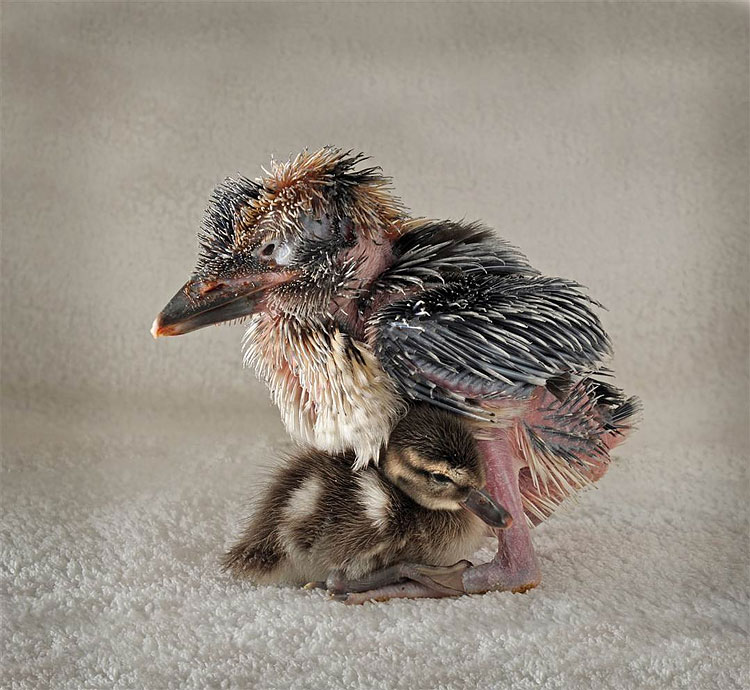 An orphaned Madagascar teal duckling snuggles under orphaned kookaburra (a predator to the former). (Photo by Solentnew.co.uk) 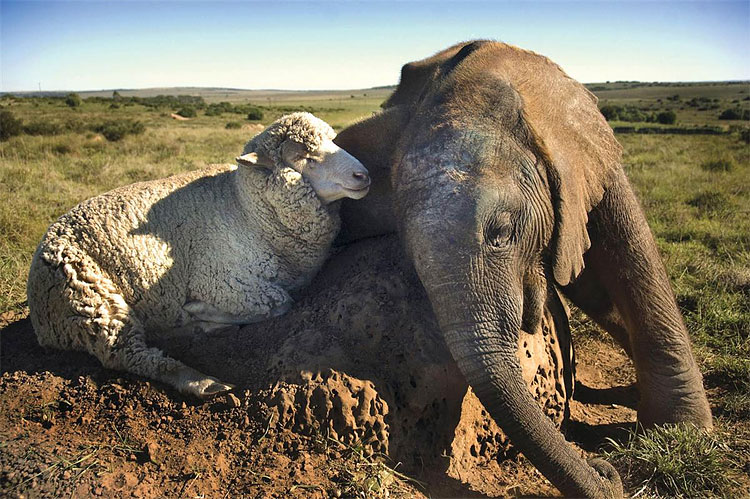 A young elephant, who lost his mama, cozies up to his comforting sheep pal at the Shamwari Wildlife Rehabilitation Center in South Africa. (Photo by Rex USA) 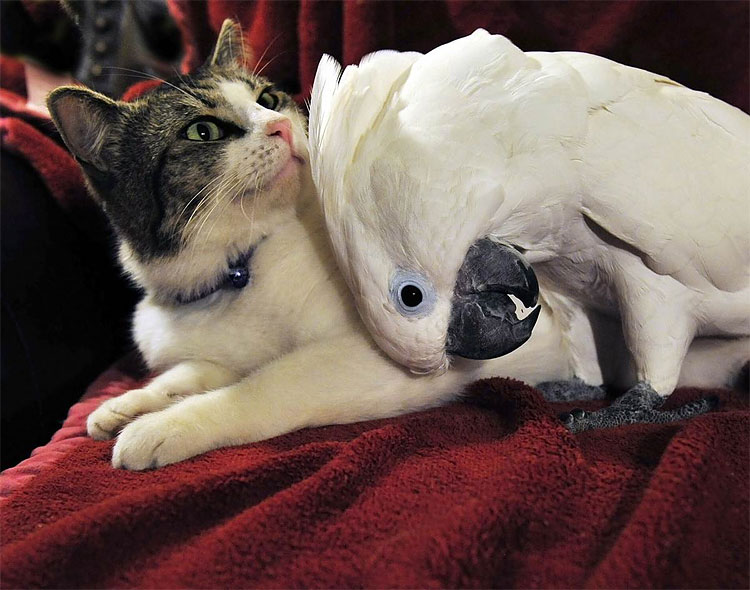 A cockatoo named Coco throws her whole body into a backrub for cohabiting friend, house tabby Lucky, in Savannah, Georgia. (Photo by CNImaging/Photoshot)

Brilliant Landscape Photography In Hawaii By Jason Wright
Breathtaking Underwater Photograhy By Tim Davis
Photographer Mark Fearnley Captures City Streets In Minimalist Geometric Pictures
A Photographer Has Captured Hundreds Of Leaves To Show The Beauty Of Diversity And Imperfection
Cats In Christmas Trees Is Our New Instagram Obsession
Guardian Readers' Travel Photography Competition: July 2018 Winners
Portrait Photos Defined Hairstyles of American Young Men in the 1970s
This Dog Loves to Play Dress Up With Cardboard Cutouts
"Wild Masterpieces": These Glamour Shots Of Animals Are Beautiful!
This Artist Has Put Together An Amazing Photo Set Of Peope Blending Into The 7 Wonders Of The World
Seoul At Night In Neon-Noir Through The Lens Of Photographer Noe Alonzo
A Fascinating Photo Project About The Reflection We Want To See In The Mirror
Chinese families with all their stuff in a single photo by Huang Qingjun
Haunting Colorized Photos Reveal The Devastation Caused By The Spanish Flu Which Killed At Least Fifty-Million
Audrey Hepburn: Portraits of an Icon
Giant Plants Of The Lost World
SPKSMEN Campaign, Spring '11
Photographs of Excited Dutch Boys Hanging on a Moving Train After the Liberation, 1945
London-Based Artist Thomas Duke Recreates Film Scenes Set In London And Beyond
Albino Twins From Brazil Are Challenging The Fashion Industry With Their Unique Beauty
Royal Society Photo Contest Winners Capture Breathtaking Details Of Our Rapidly Changing World
2019 Pooping Dogs Calendar Is Here
Mask Project by Lala Roe
Lovely Vintage Photos Capture People With Their Cats In The Early 20th Century
friendships, unlikely