David Glasheen, dubbed Australia’s Robinson Crusoe, has lived on tiny Restoration Island, off the north-eastern tip of Australia since 1993, accompanied only by his dog Quasi. A former business man, he abandoned a high-flying life in Sydney after losing $AUS10 million £6.5 million in the 1987 stock market crash and his marriage ended. Mr Glasheen, who is now in his late 60s, said he revels in the tranquillity and privacy and has called himself as “the luckiest bloke in the world”. He lives off fish and crab and collects bananas, coconuts and native fruit, as well as growing his own vegetables and brewing beer.

In photographs by Brian Cassey. 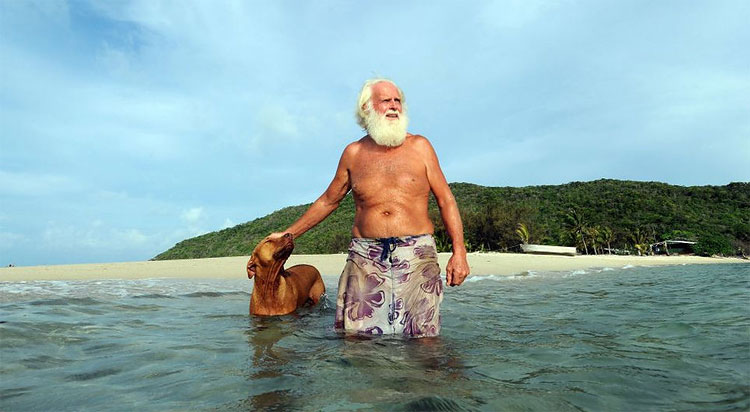 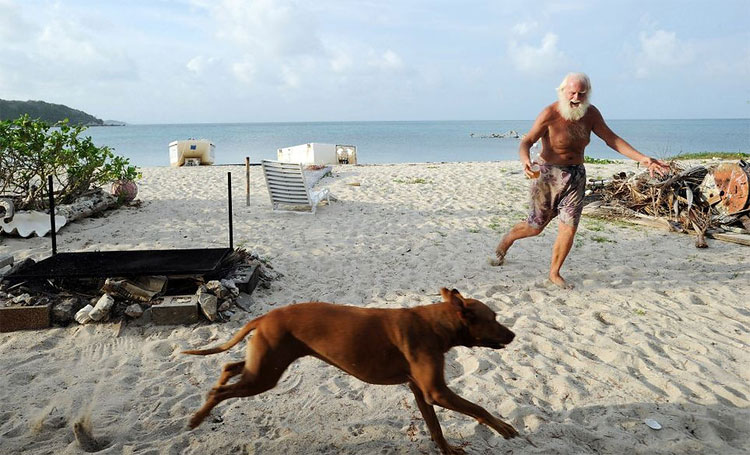 Survival skills: The picturesque island has taught Glasheen bush survival skills because ‘if you don’t (learn them) you die pretty quickly’ he said. 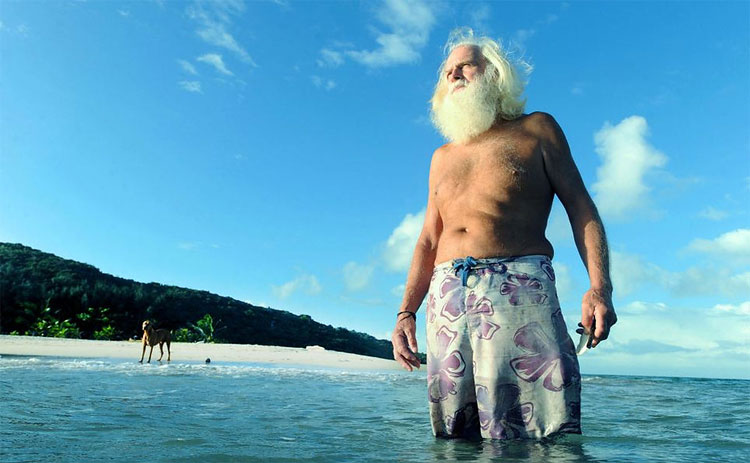 David Glasheen, who has lived alone on the island off Cape York Peninsula since 1993, made international headlines four years ago, when he went online looking for a “Girl Friday” to live with him. 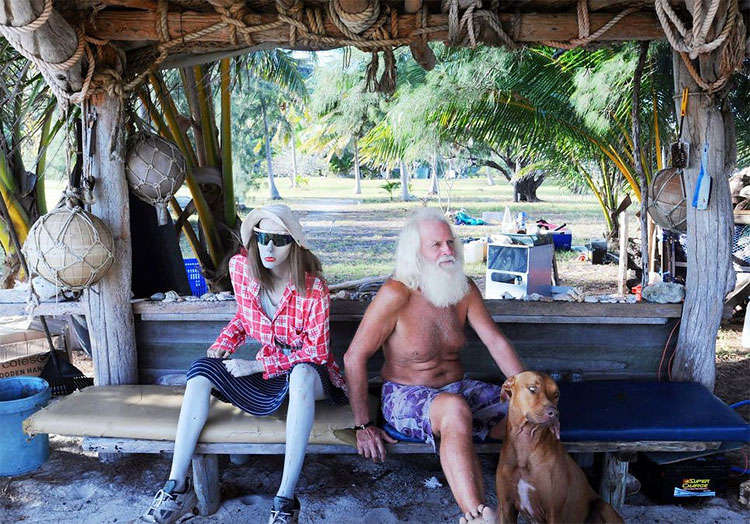 David Glasheen says sometimes he gets lonely with his dog his only companion but he is occasionally visited by passing yachtsmen, kayakers and organic farmers. 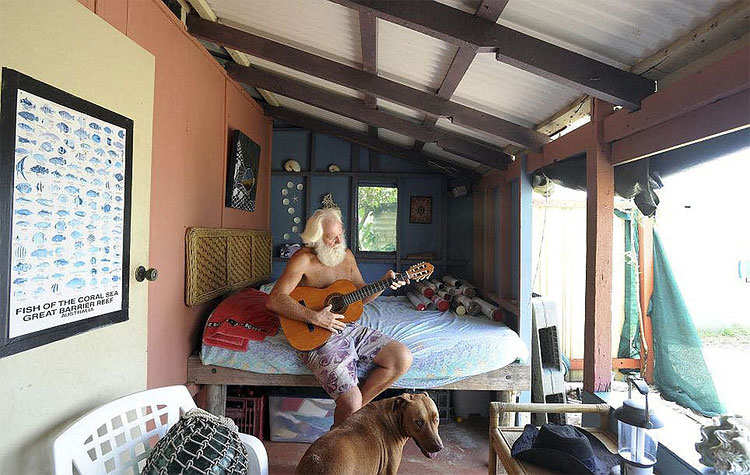 David Glasheen, a former Sydney businessman who lost his millions in the 1987 stock market crash, had been sub-leased 1.53ha of the island by leaseholder Restoration Island Pty Ltd.. 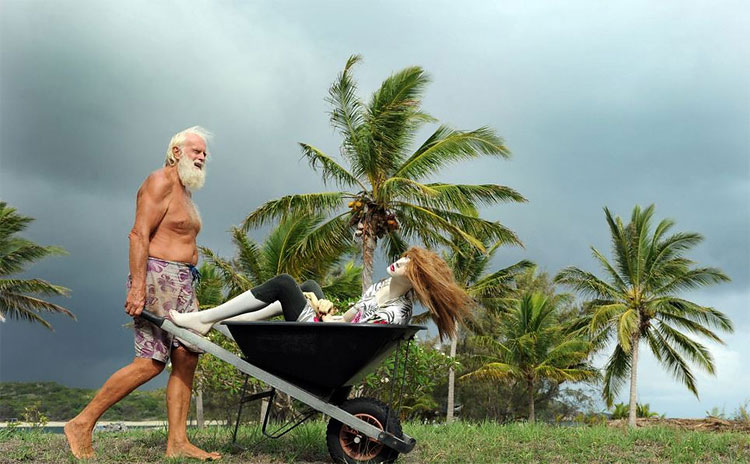 Lonely in love: Using his solar-powered internet connection Glasheen tried internet dating to find his ‘Girl Friday’ to live with him, using a mannequin to publicise his plight but had no luck. 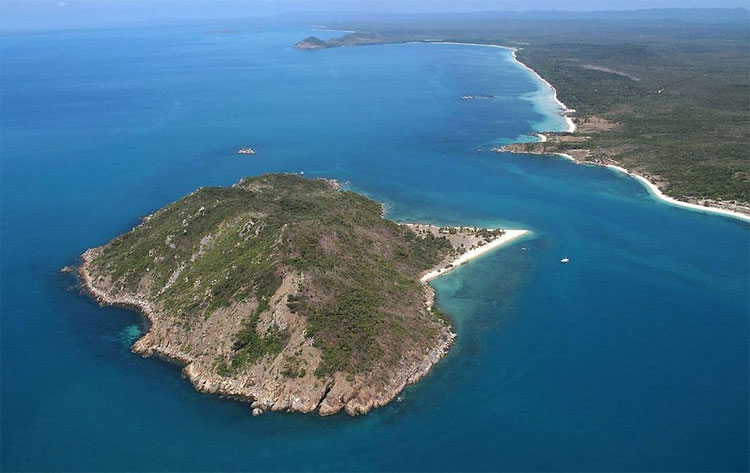 The government has ruled that Glasheen must vacate Restoration Island, a 1.52ha oasis, having failed to build tourist accommodation and fishing facilities, a condition of his lease. 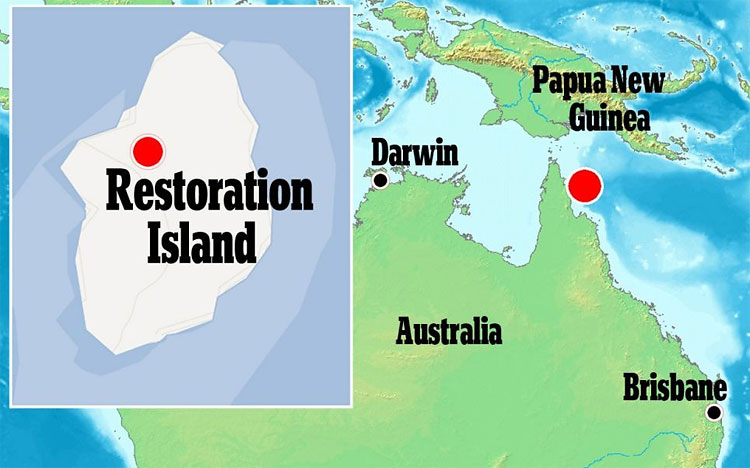 Australian oasis: Restoration Island is 1,500 miles from Queensland capital Brisbane and was named because Captain William Bligh found essential supplies were there that had been set adrift by mutineers on HMS Bounty.