The Aftermath of a Music Festival 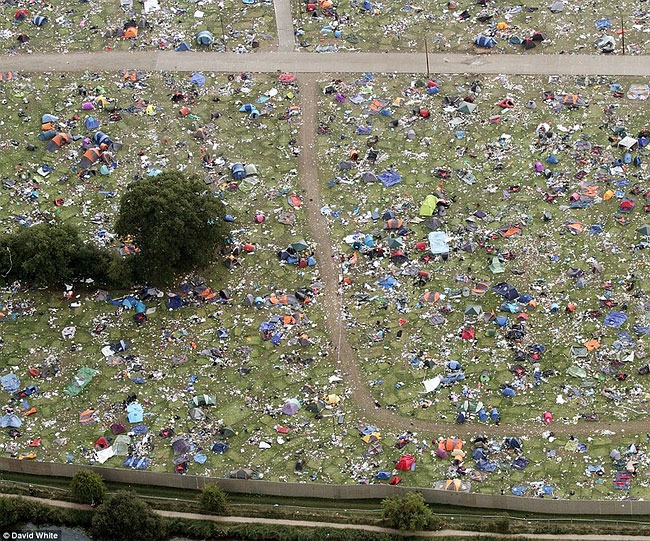 The morning after the night the Reading Festival concluded, and the festival goers disseminated, photographer David White took off in a helicopter to capture the scene of the campsite. The 90,000 strong crowd that collected at the venue to enjoy the 3-day music festival had left behind a chaos of abandoned tents, beer cans, cigarette butts, half-eaten food, discarded packaging, grubby clothes, sleeping bags and a sea of plastic.

It may look like the aftermath of an apocalyptic event – a campsite tornado, or perhaps the first stages of a landfill site – but this is the scene as the crowds dispersed at Reading festival.

A “Love Your Tent” campaign that the organizers launched imploring people to pack up and remove their camping gear clearly didn’t work.

A huge clear-up operation began within hours of the annual Bank Holiday event closing on Monday. Last year more than 20 tons of re-useable equipment was salvaged, and this year the figure is expected to be even higher. Some will be offered to local charities but damaged or unplaced equipment will be destined for landfill sites. Unopened cans of food, some of which was donated at designated drop-off points around the campsite, will be recovered and distributed. Tractors towing magnets are used to collect metal tent pegs and other potentially dangerous metal objects, and volunteers will work with specialized rubbish-clearance teams eventually to return the field to its original state.

The clean-up operation is expected to take 2 weeks. 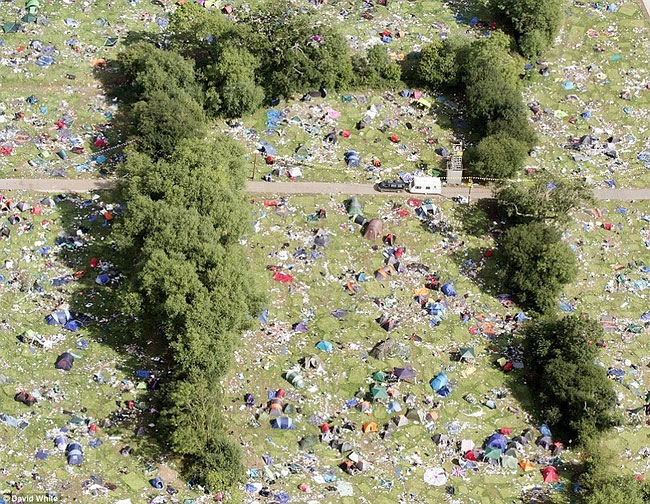 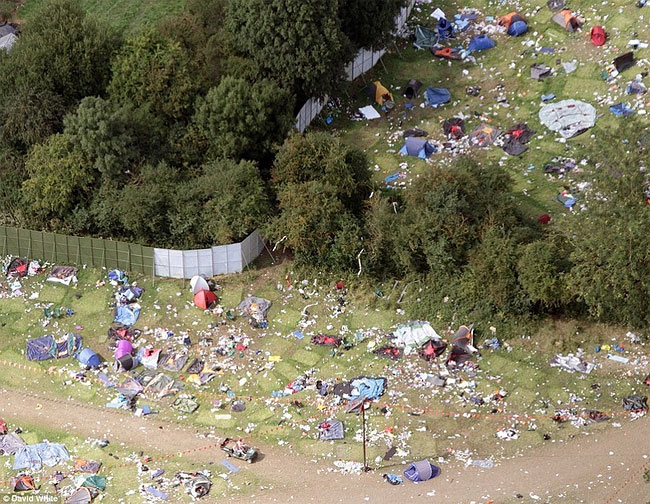 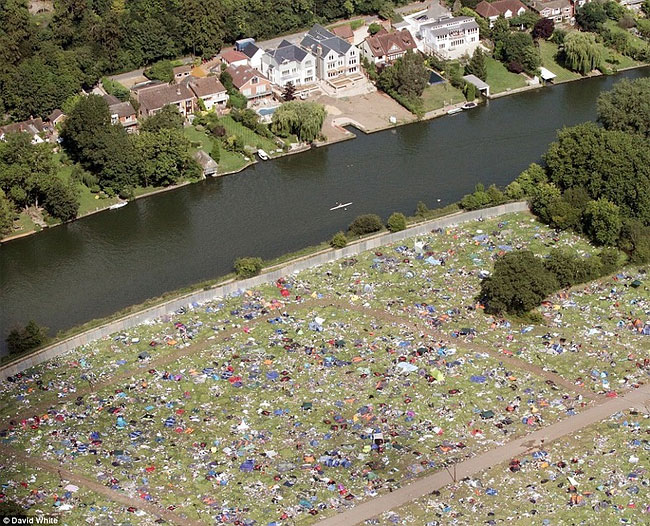 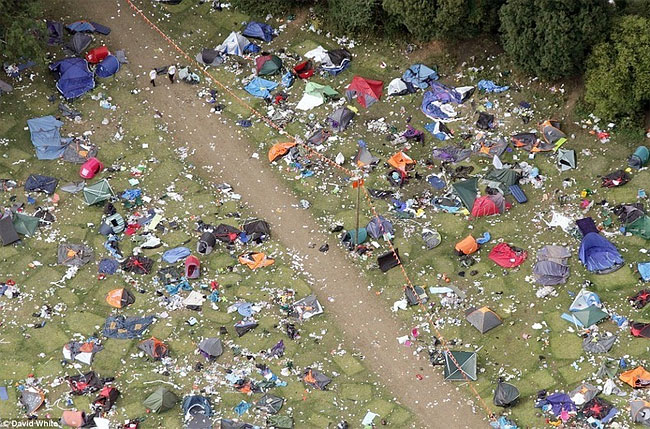 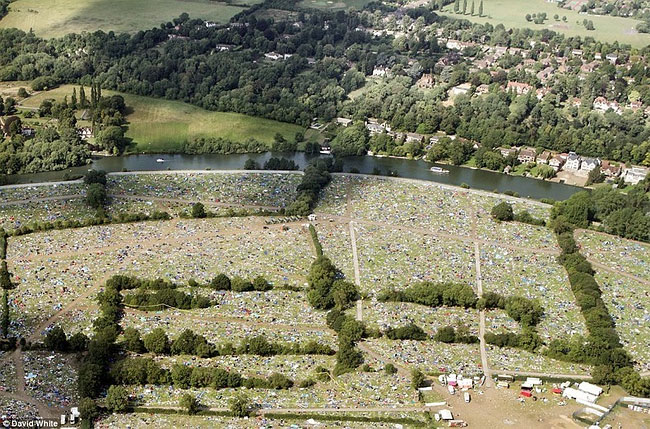 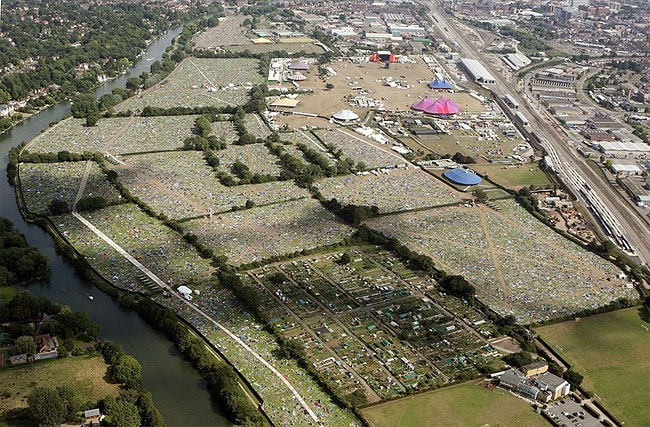