The Rubber Band Machine Gun is Ready to Launch on Kickstarter!

Alexander Shpetniy, a young designer from Ukraine, is proud to announce the launch of the kickstarter for his project the Rubber Band Machine Gun (hereinafter the RBMG). The plan is to raise $ 5,000 by January 17, to run a serial production of the RBMGs. Launching is appointed on Monday, December 16. The project rewards set includes a machine gun in three versions of color: light wood (standard version), black colored and burnt wood color. In addition to the basic RBMG unit there is a special fast charger add-on, which will be very practical for those who prefer speed up the process of the gun charging. 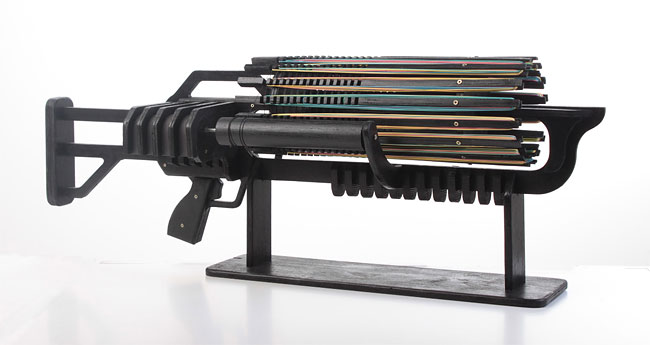 The RBMG is a fully automatic weaponry toy, that is shooting by rubber bands. Its construction is based on the Gatling machine gun principle. The body of gun is made from the oak plywood and cut out on the CNC machine. 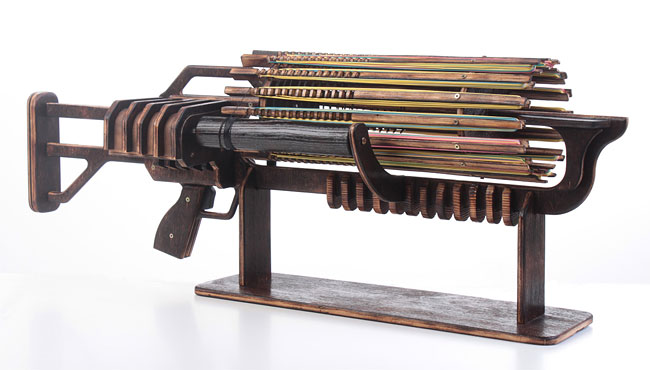 The market unique features of the RBMG are a rich set of rubber bands ammo (672 shots per shooting session), and the firing speed of 14 shots per second. But the most amazing feature, which distinguishes the RBMG from its competitors, is the Fast Charging device, which lets player charge 14 rubber bands simultaneously. 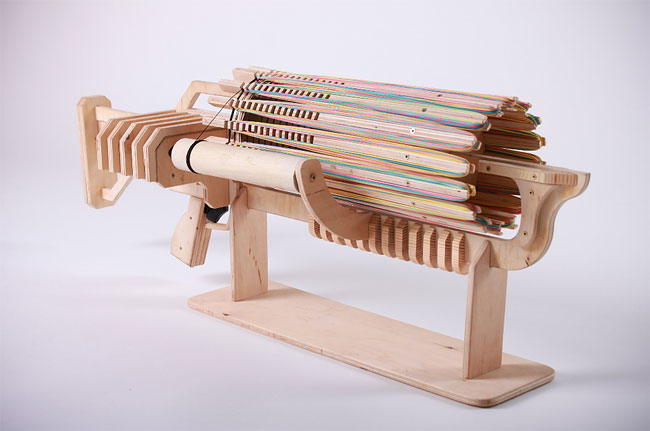 The construction of the Fast Charger is a brand new original idea, developed by Alexander Shpetniy, and it never been used in any rubber band weaponry before. Thanks to the Fast Charger the charging of the machine gun takes minutes. 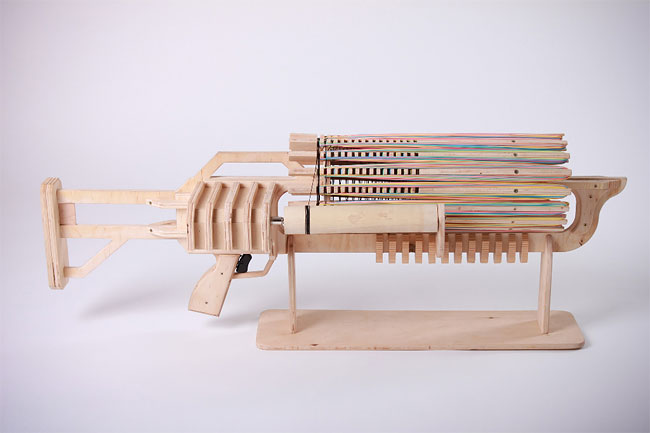 There are 3 versions of the RBMG: Standard version, black colored and burnt wood color. With this RBMG everyone can feel like Rambo, launching a rubber storm, and throwing over a pound of rubber bands into the opponent. 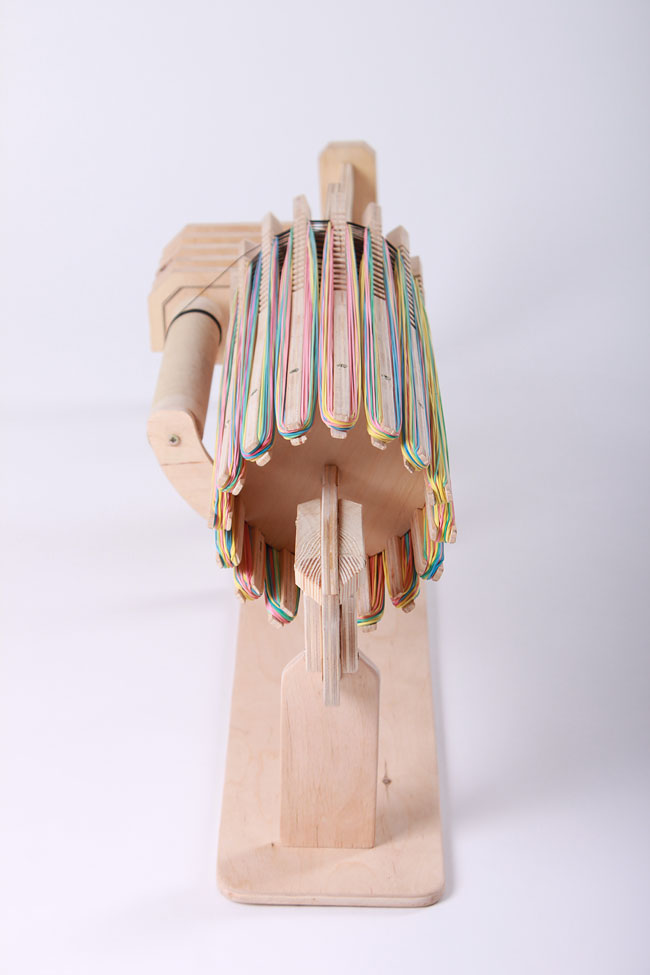 Alexander Shpetniy is a young designer from Ukraine, who is studying the art & design course in the National University of Lugansk (Ukraine). He is an author of the Rubber Band Machine Gun, as well as an author of the original idea of ​​the Fast Charger. 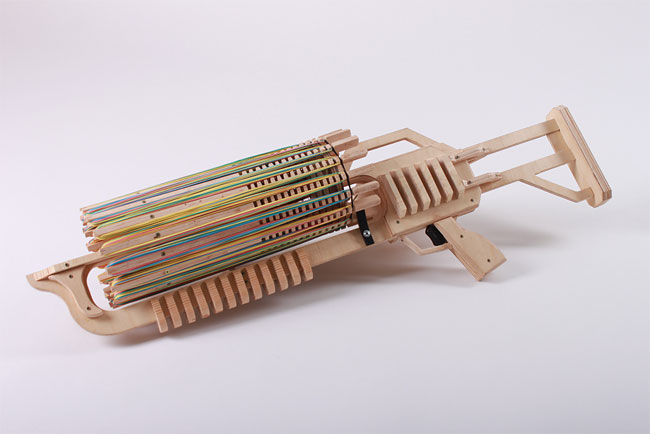 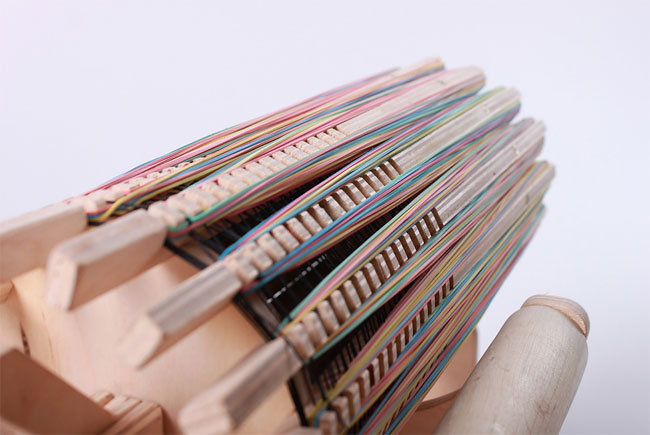 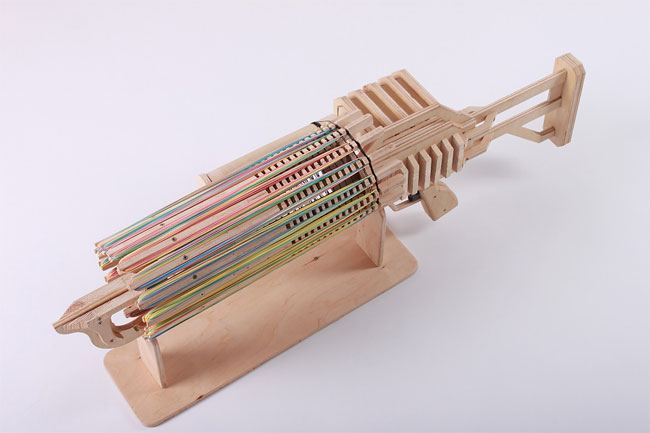