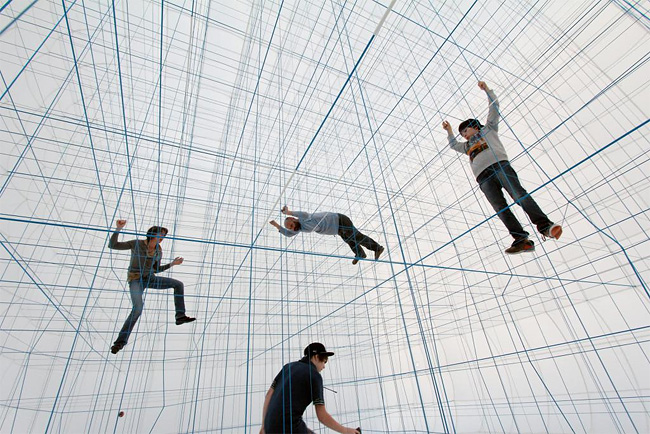 A group of designers has created a contender for the world’s best jungle gym – a giant inflatable bubble which has endless lengths of rope inside. The unusual project, called String Prototype, has lengths of rope and cables threaded inside the bubble that can take the weight of a person, so users can climb around and explore. The cube’s designers are a Croatian and Austrian collective, Numen, founded by Sven Jonke, Christoph Katzler and Nikola Radeljkovic, who specialize in large-scale interactive projects. When the inflatable cube deflates the ropes get loose and lay on the ground, which means it can be easily packed away. 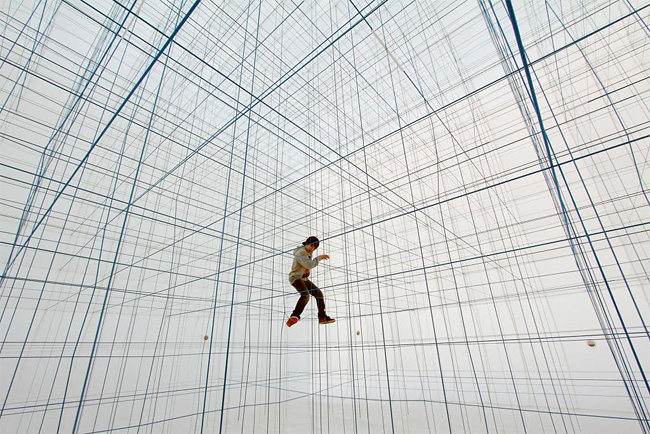 The installation is based on production system of large geometric inflated objects. Since the physical behavior of fluids tend to make all inflates spherical, thin parallel ropes are tied on opposite sides of the volume, keeping them parallel to one another. Filigree interiors of this technically invented system are never exposed to public. 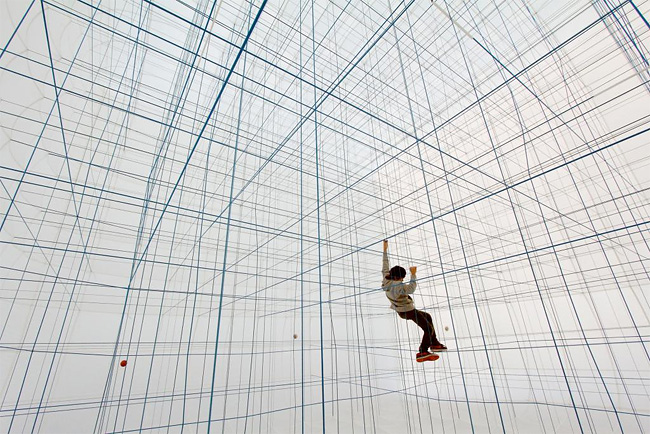 When the volume deflates, the ropes get loose and lay on the ground enabling compression of the installation. When the object inflates, the ropes tense to a perfect line again, strained enough to carry the weight of a human being. Bodies entrapped in 3D grid, flying in unnatural positions throughout superficial white space, resemble Dadaist collages. Impossibility of perception of scale and direction results in simultaneous feeling of immenseness and absence of space. 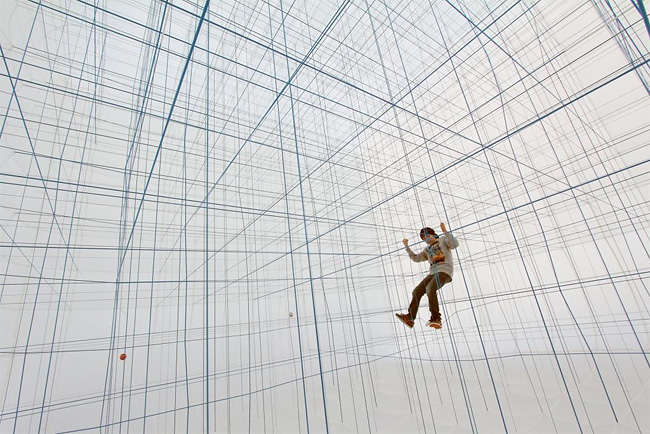 The project is still in development. The test was made in rural surrounding of Vienna, end of December 2013. 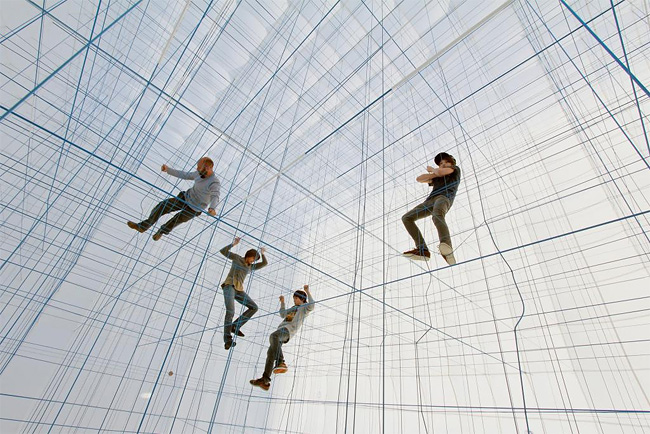 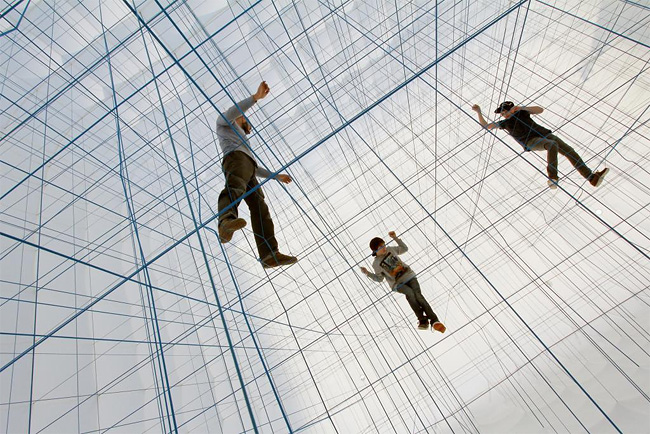 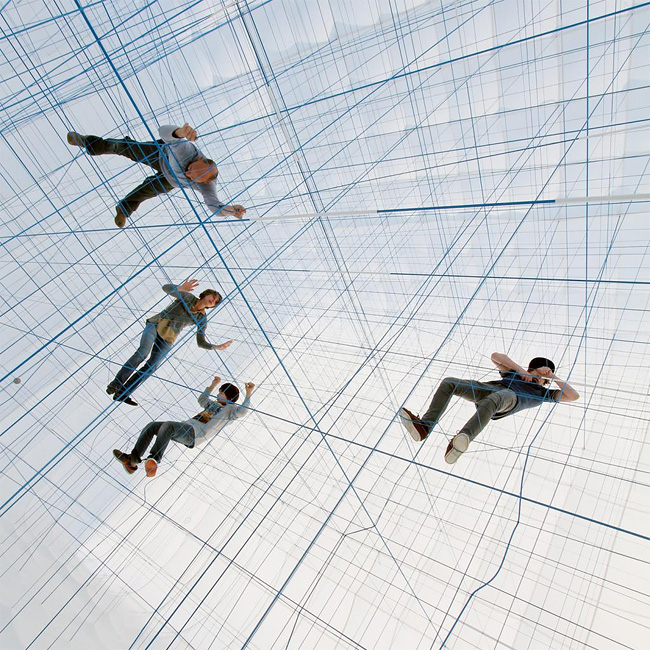 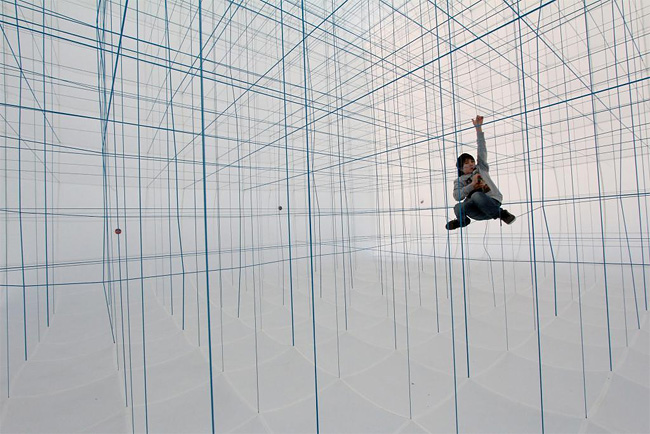 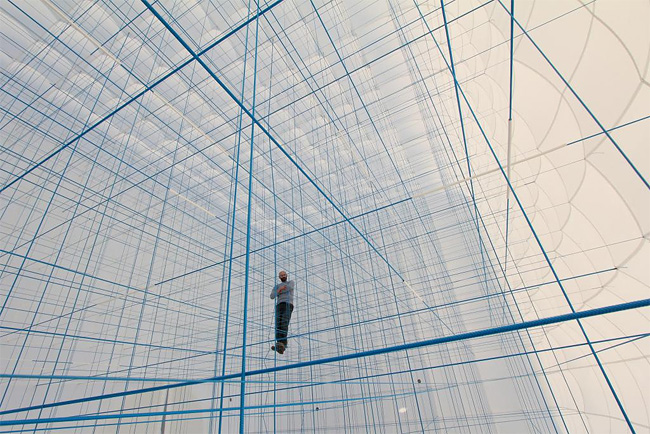 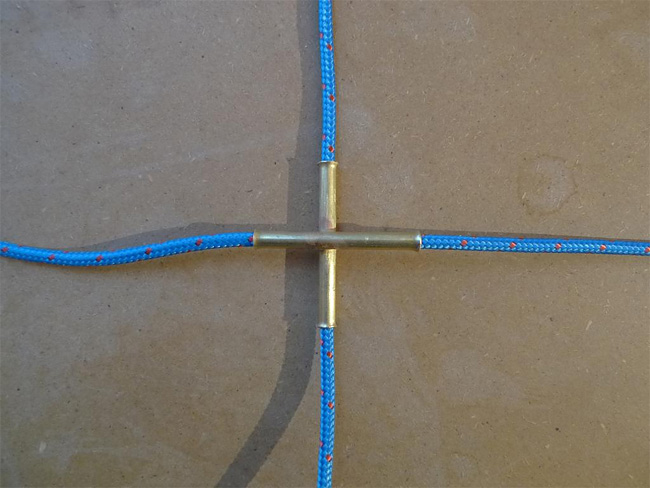 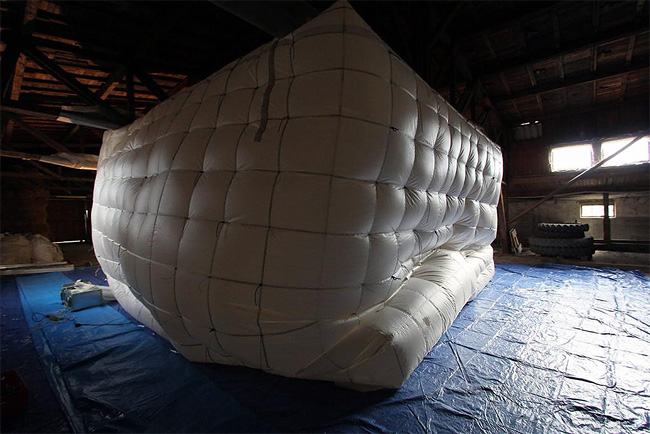 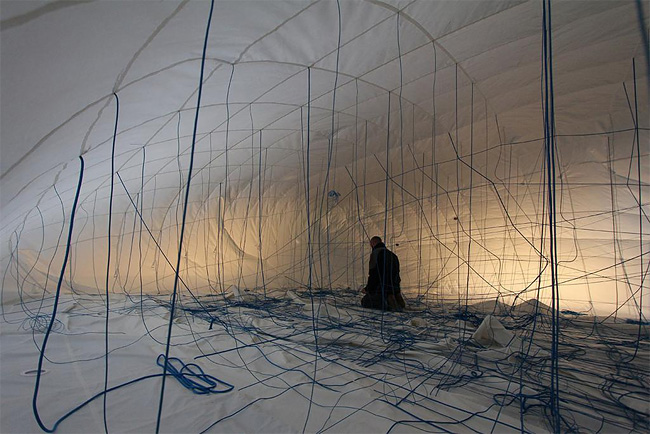 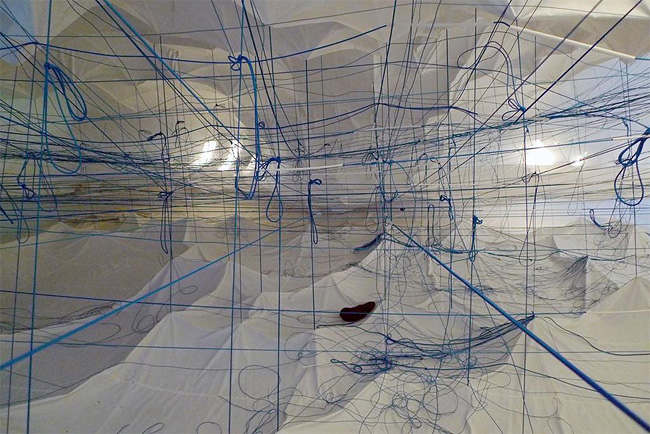 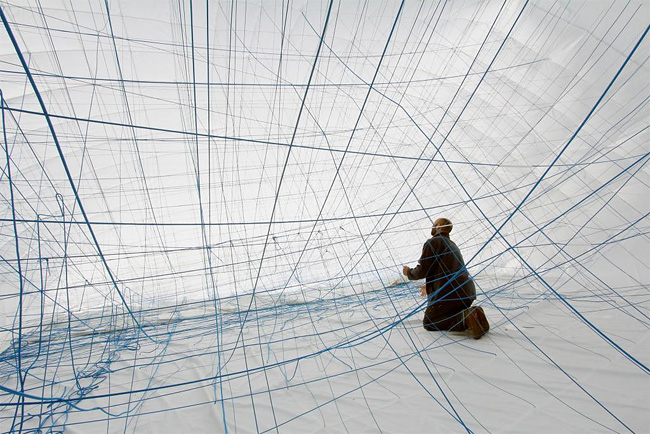 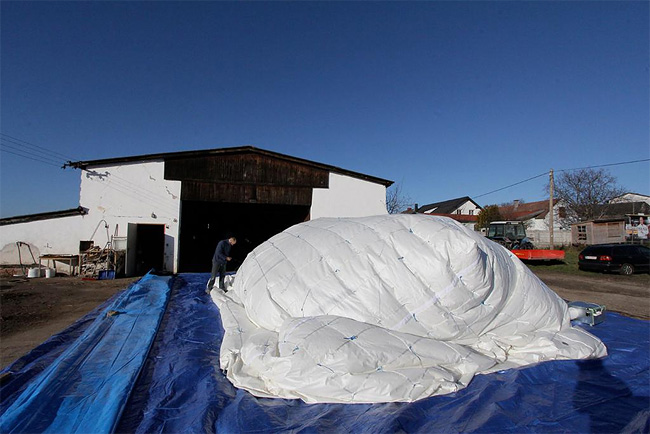 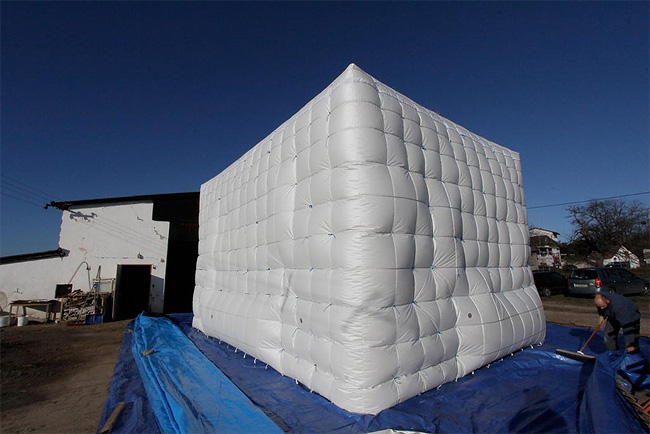 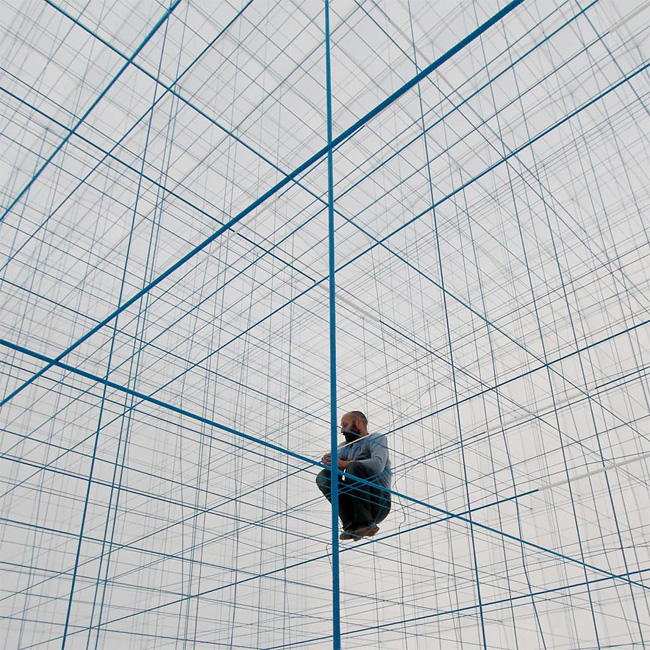