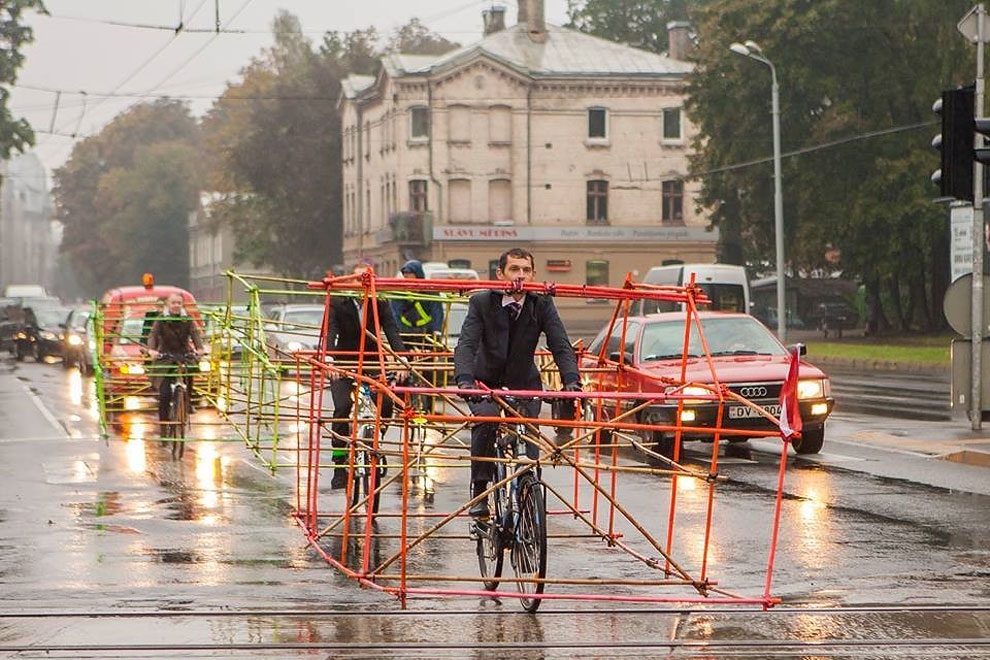 Latvian cyclists have decided to show the automobilists just how absurd it is to have only a single occupant in a car. 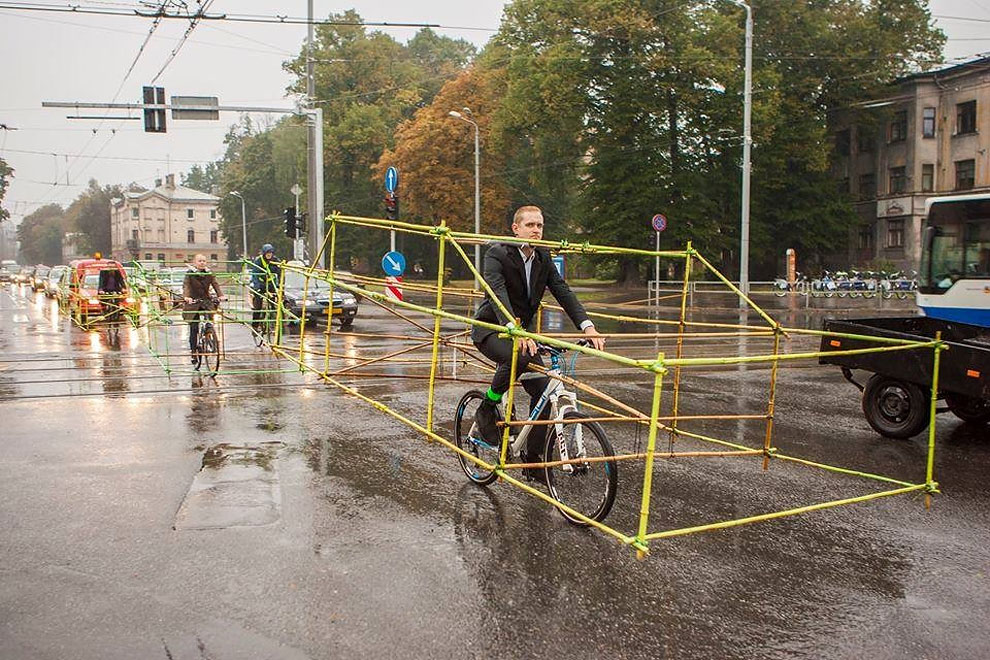 The car takes up an enormous amount of space on the road; however, everyone is so used to it that no one ever notices it. 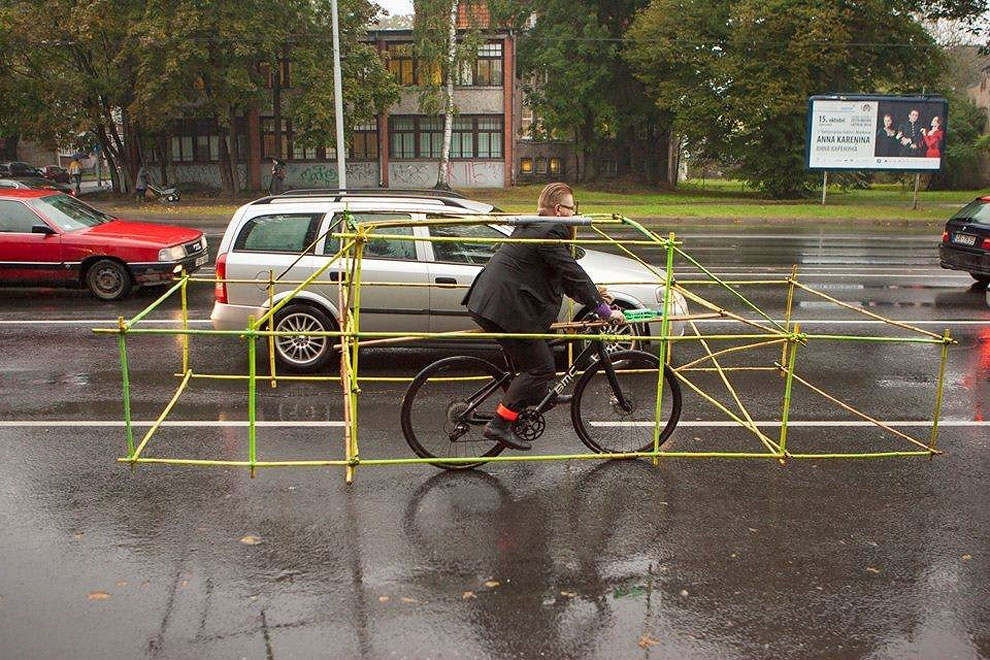 It’s not hard to guess the thoughts of automobilists, and how they cursed those cyclists for taking up so much space. 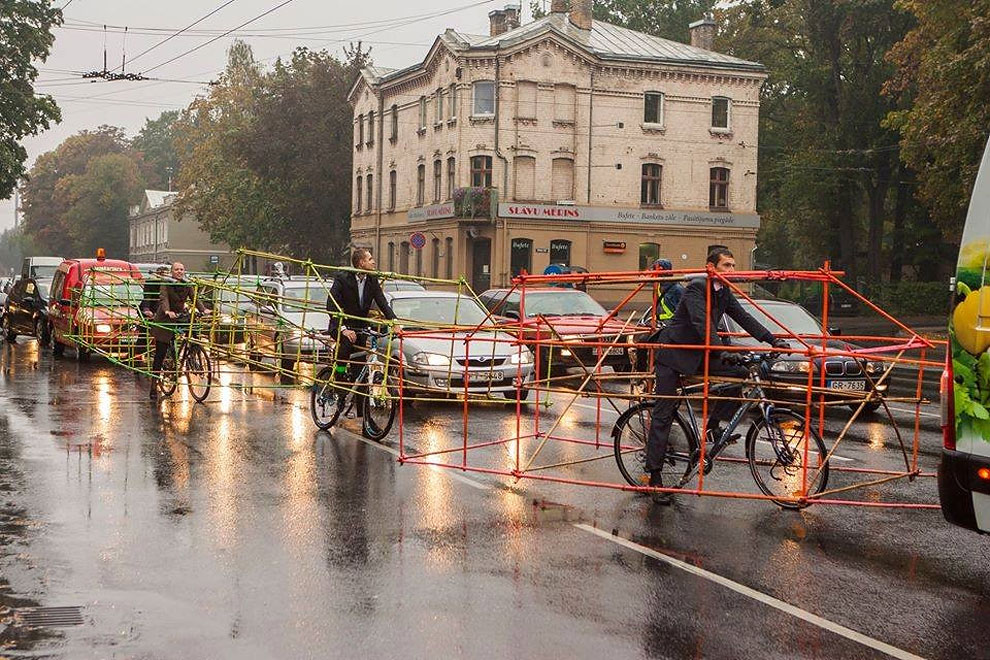 However, they have only themselves to blame. 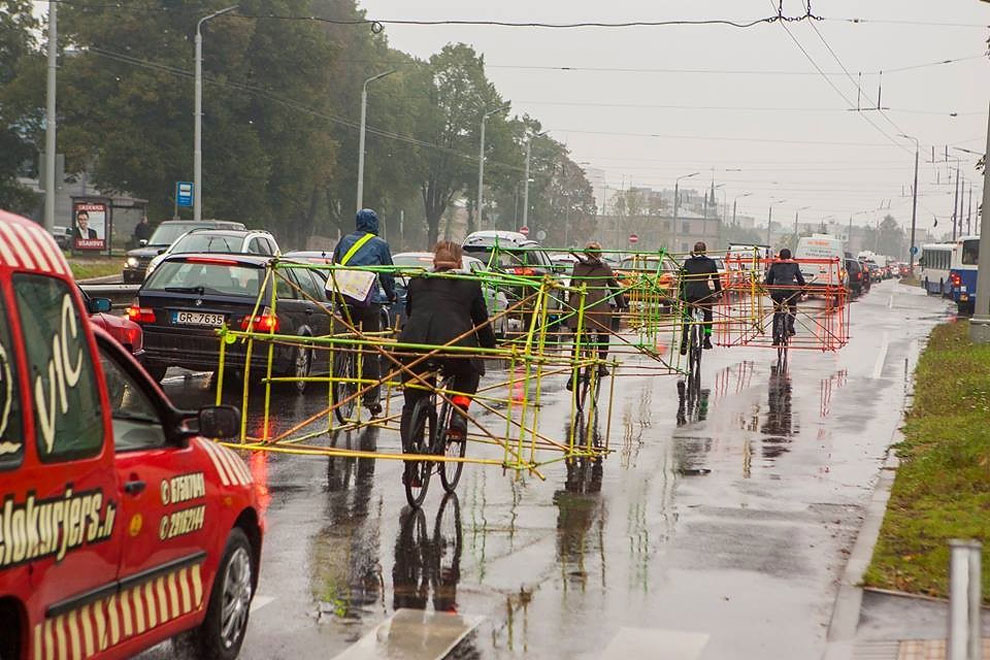 If everyone rode only bicycles to work, then there would never be such a thing as a traffic jam, the air in the city would become cleaner, while people would live longer, healthier lives, since cycling is a wonderful way to use the extra fat on your belly as the “fuel” for your bike.