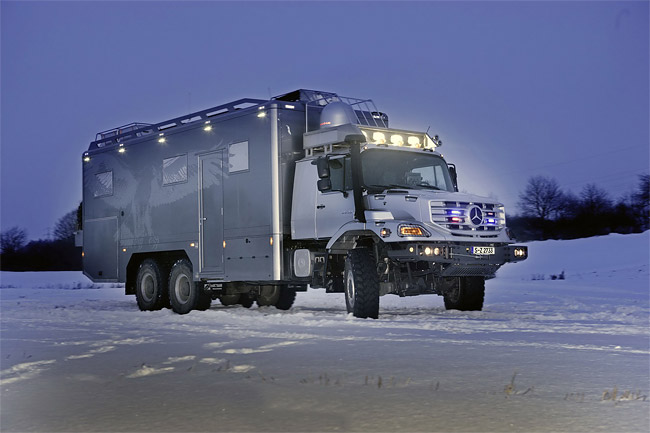 No really, what you see pictured here are a pair of custom tailored all-wheel drive trucks that were made by Mercedes-Benz for two über-rich Mongolian businessmen with a passion for hunting wolves. According to the German automaker, the recreational variants of its Zetros 6×6 truck were recently delivered to their respective owners in Ulan-Bator, the capital of Mongolia. 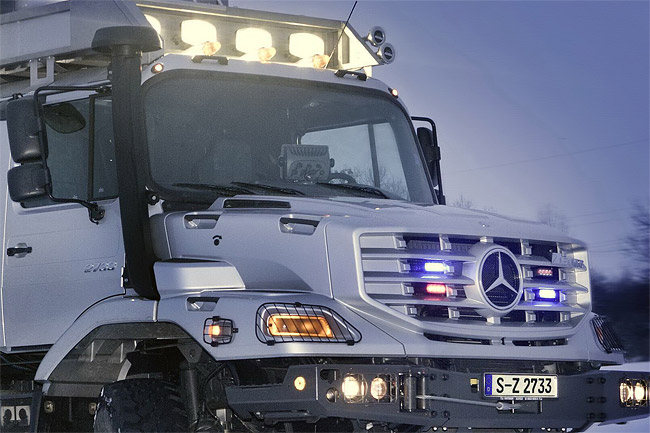 “The two friends use their unique jumbo off-roaders for multi-day excursions into the Altai mountains, for example, where they hunt for wolves with an eagle,” said Mercedes-Benz in a press release. 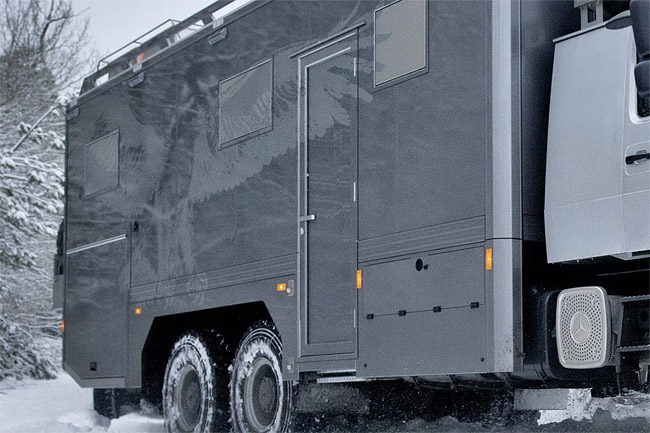 The powertrain and chassis of the two Zetros trucks are sourced from Merc’s Actros and Axor series with power coming from a 7.2-litre 6-cylinder in-line diesel engine developing an output of 326 hp and an impressive maximum torque of 1300 Nm [958 lb-ft] from 1,200 to 1,600 rpm. 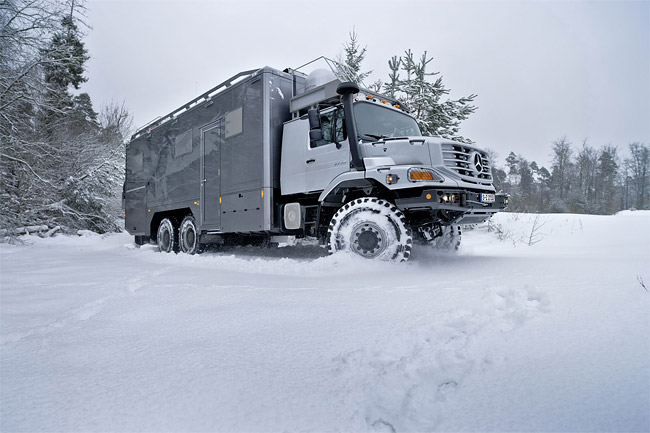 There’s a choice of two transmissions, either the standard unit nine-speed transmission with eight forward gears plus crawler and a direct-ratio top gear, or an optional six-speed Allison 3000 SP/PR fully-automatic transmission. The Zetros is equipped with three mechanical differential locks (meaning all six wheels are driven) that can be selected by the driver using a rotary control. 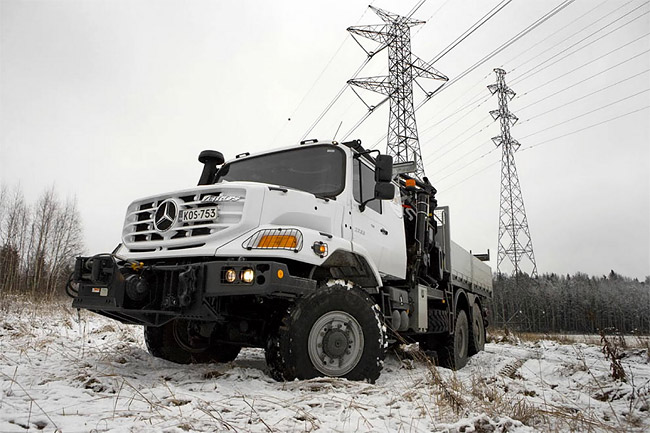 From there on, the Mongolian buyers customized the two trucks according to their own specifications. 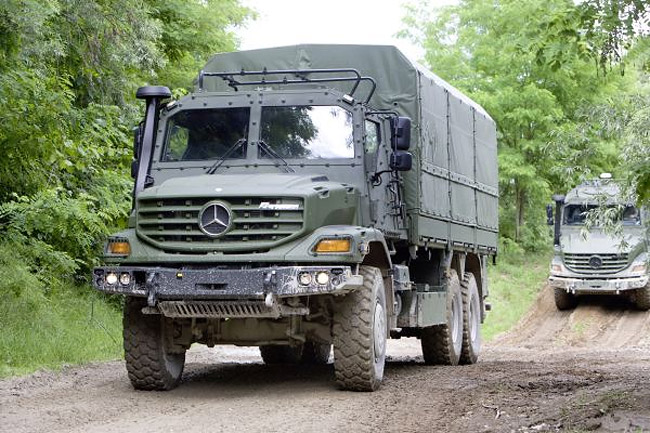 The front cab’s features include a padded sleeping berth for the driver, an air conditioning system, a 24 V audio system with CD player, a CD changer, a Bluetooth hands-free system and a 7-inch touchscreen to which a reversing camera is connected. Both trucks are also fitted with two fuel tanks holding 300 and 200 litres. 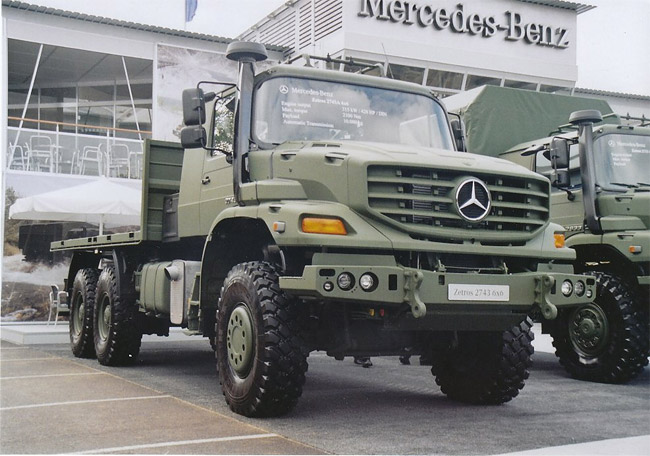 Mercedes said both vehicles have more or less the same bodies, though one of the two examples features a rear vehicle bay that is able to accommodate a quadbike. The custom made off-roaders measure 10.70 m in length (plus 60 cm for the model with rear vehicle bay), 2.70 m in width and 4.20 m in height. 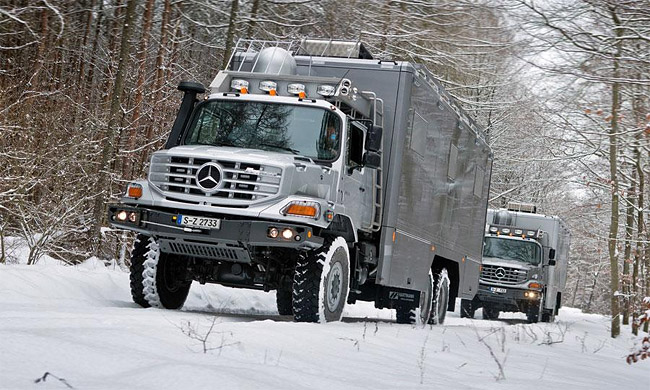 Although no photos were released, Mercedes’ press release makes the living area sound more like a luxurious hotel room than a truck cabin. The interior is said to include a bedroom with two flatscreen TV monitors, a seating group for four to six people is in the front, and a lavish bathroom with a marble floor and underfloor heating, as well as a large galley equipped with a ceramic hob, microwave with grill, refrigerator/freezer, bar and coffee machine. 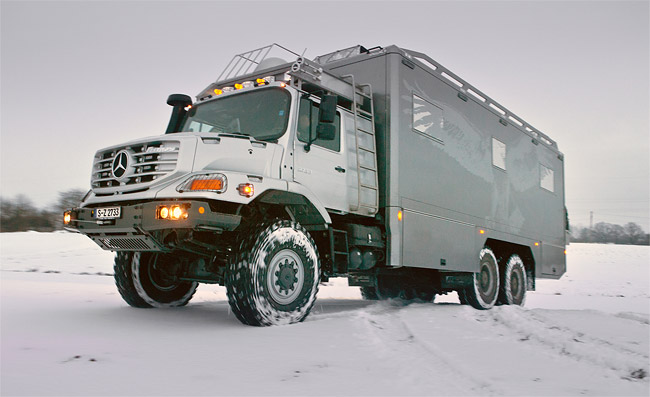 Other highlights include the separate water systems that supply drinking water and water for the shower/toilet, with a total volume of around 250 litres (volume of waste water tank around 100 litres), and a water-cooled diesel generator for electricity. 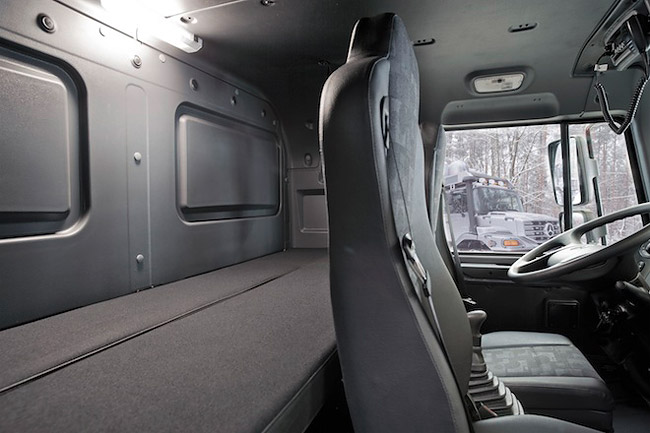 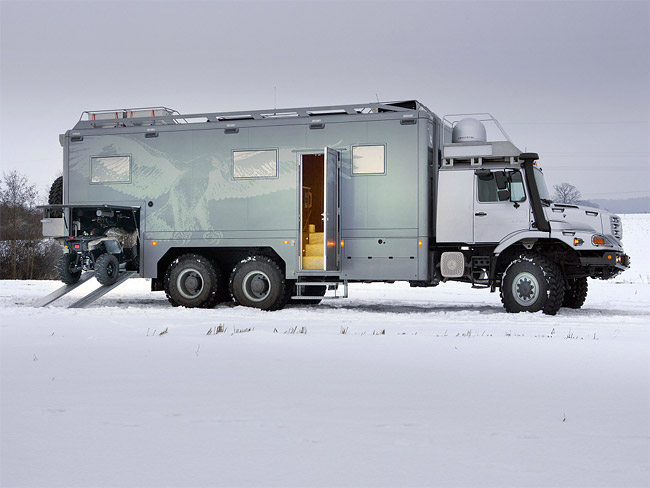 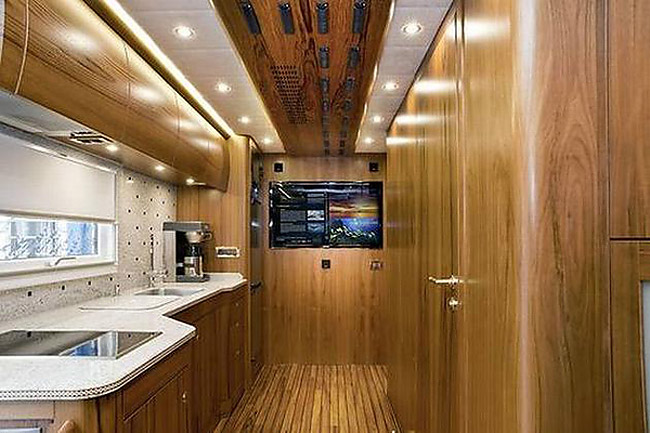 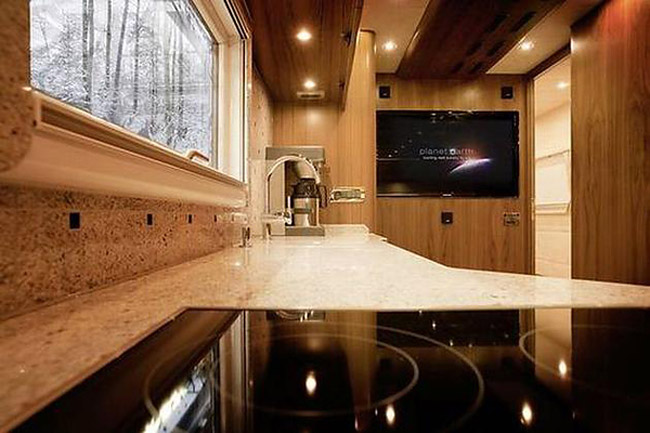 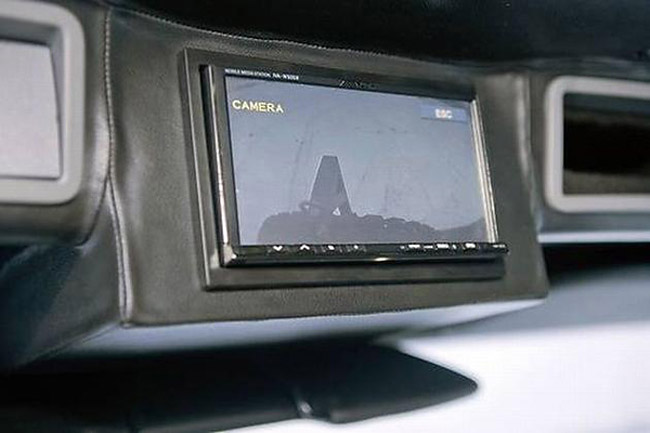 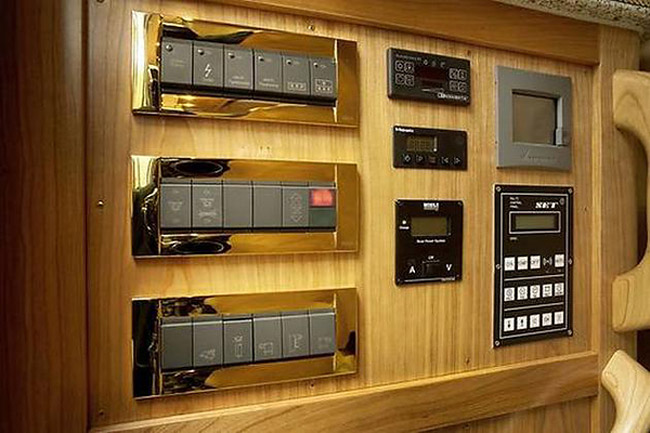 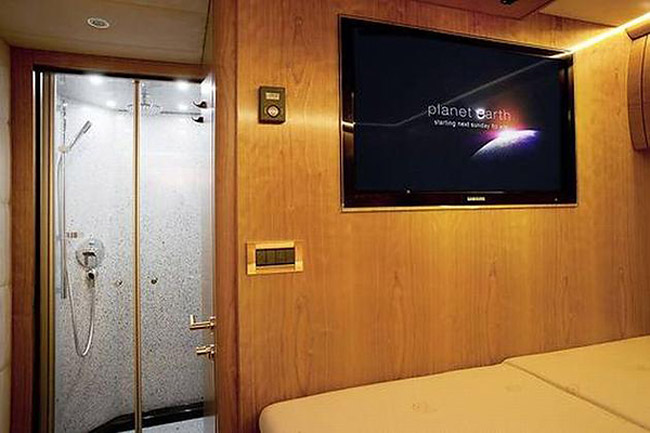 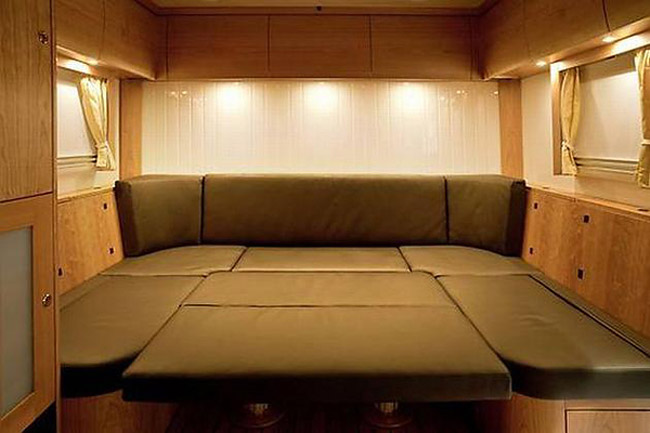 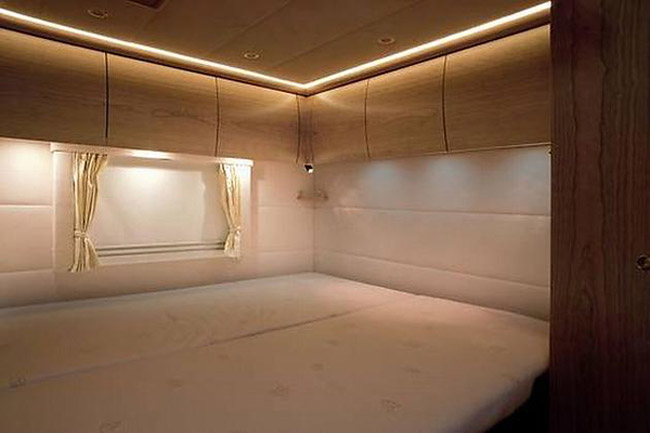