Couple Celebrates 40th Anniversary By Recreating Their Wedding Pics From 1975 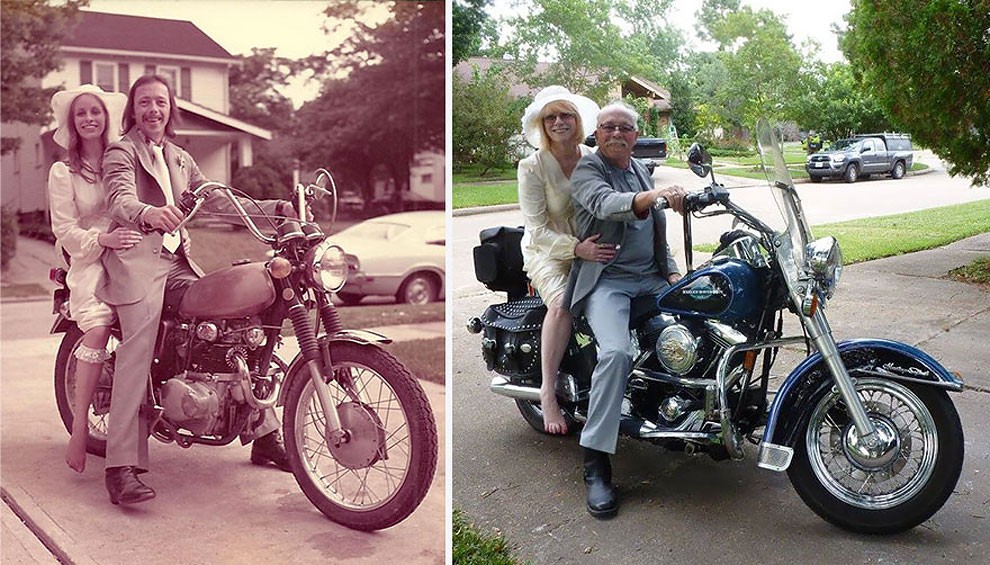 To celebrate their 40-year wedding anniversary, one couple decided to recreate their wedding photos from 1975. The photos, uploaded to imgur by their son, show a couple that seems to know how to have a good time! 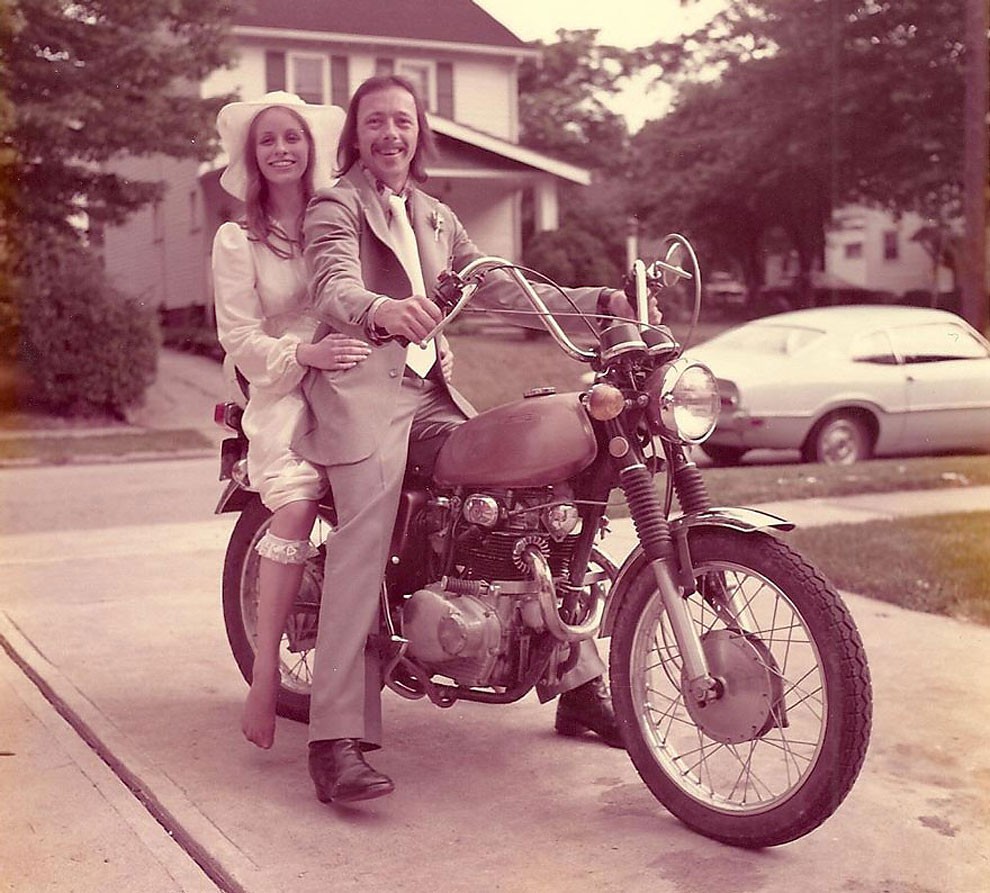 Magic976, the user that uploaded the photos, writes that his dad “was smooth. They met in a bar called ‘The Lower Level’ and his first words to here were ‘You wanna Boogie?’. If that isn’t the start to a great love story, I don’t know what is.” He also noted that his mother made both his father’s wedding jacket and her own wedding dress. Surprisingly, both of them still fit into those same wedding clothes 40 years later to take these pictures! 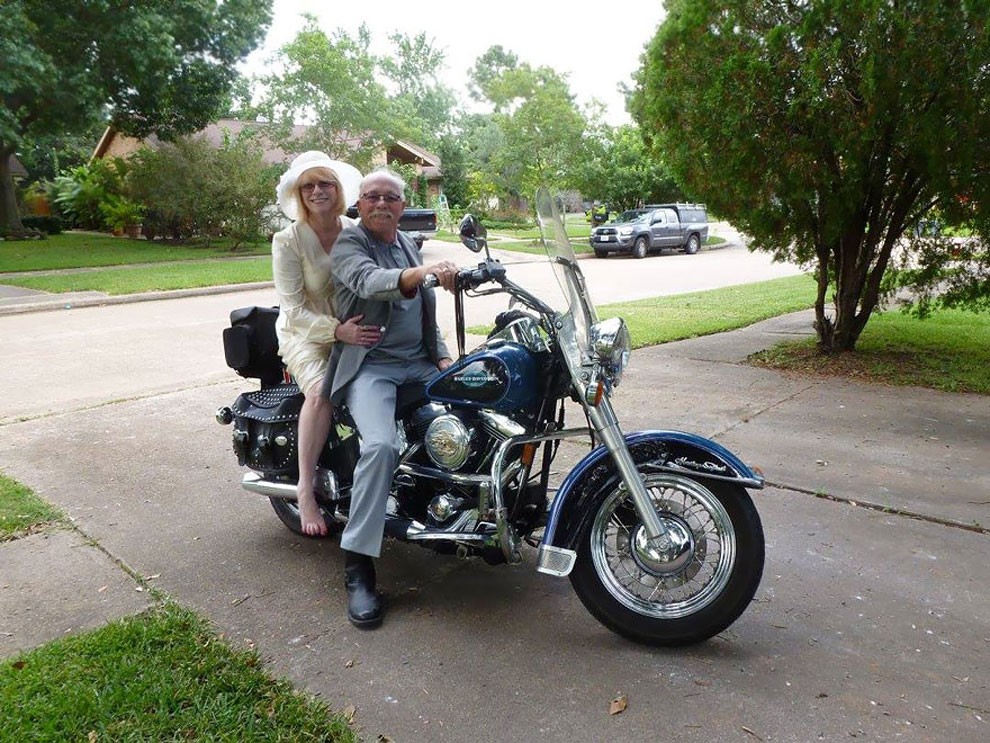 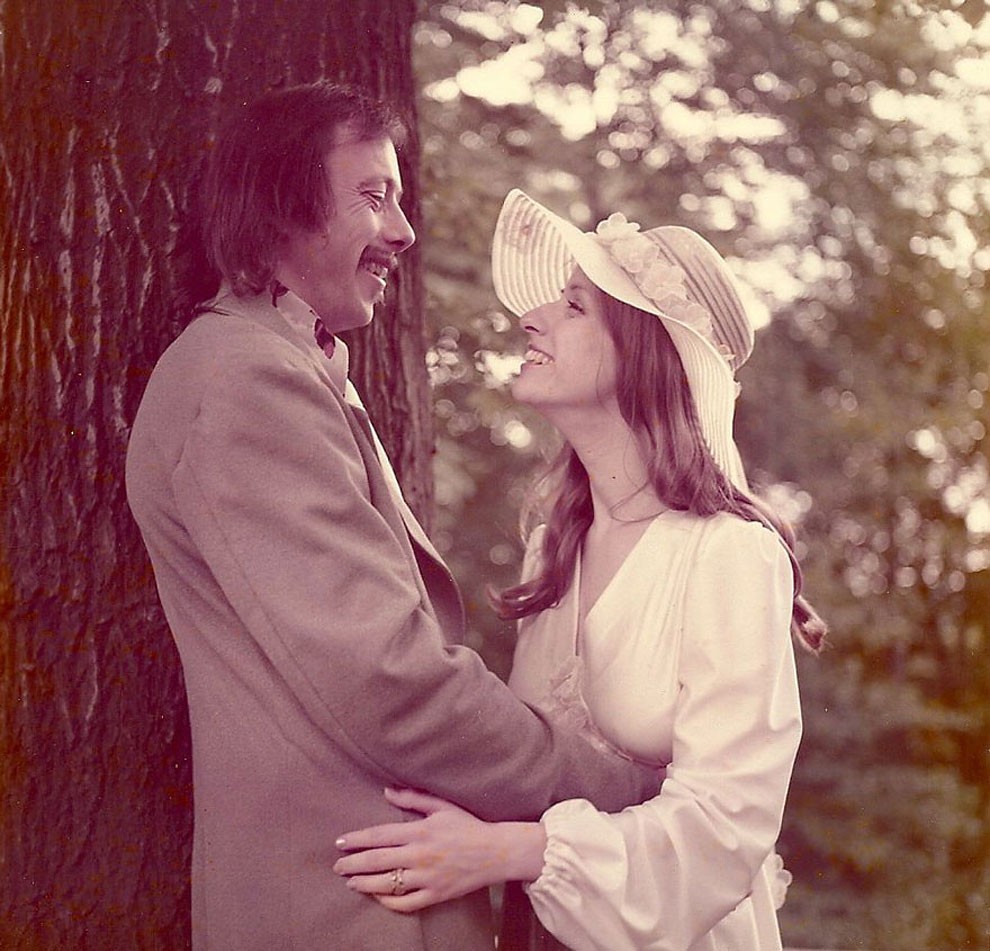 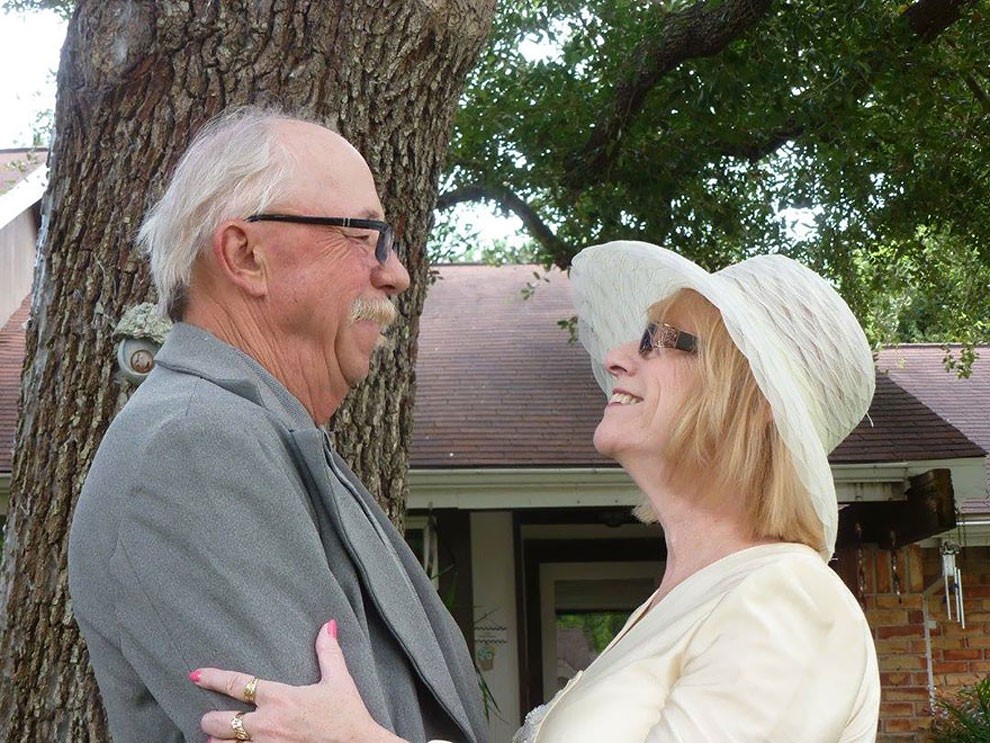