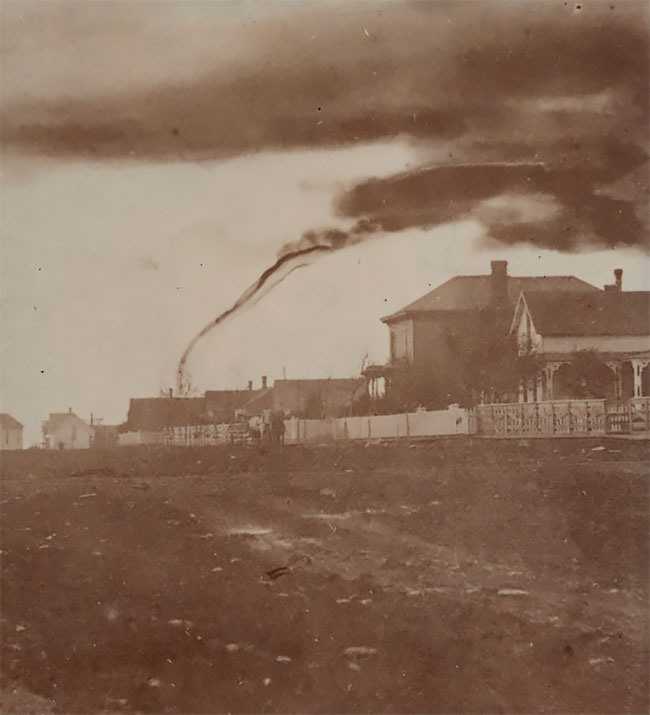 Photography is a major tool of tornado investigators. Detailed examinations of still pictures and careful photogrammetric analyses of motion pictures have provided the scientific community with much valuable information about tornadic structure and airflow.

Photograph of a tornado in Howard, South Dakota, said to be taken August 28, 1884 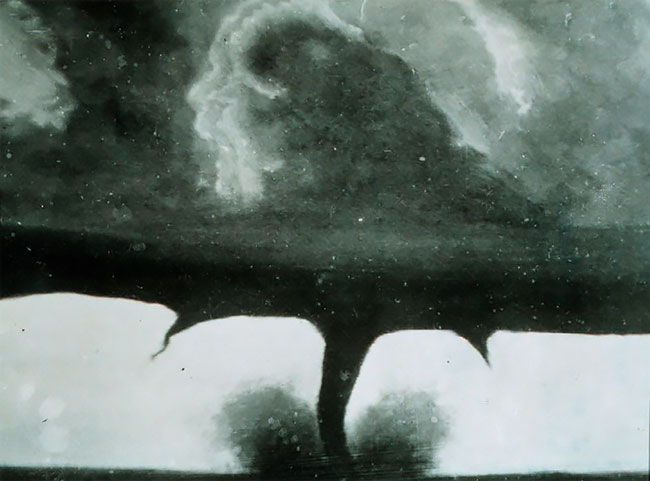 Journal articles, textbooks, and items in the popular press frequently include pictures of tornadoes. Such pictures are usually well received, reflecting the widespread general interest in this natural phenomenon.

Photograph by Clinton Johnson of a tornado in North Dakota, 1895 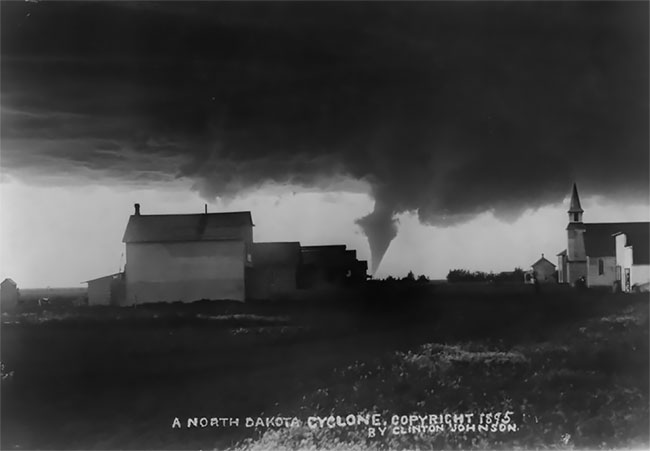 In the 19th century, when photography was developing into a mass medium, a few intrepid early adopters pointed their glass plate cameras at one of the most intimidating natural forces on Earth: the tornado.

The May 12, 1896, tornado photographed by Thomas Croft in Oklahoma City 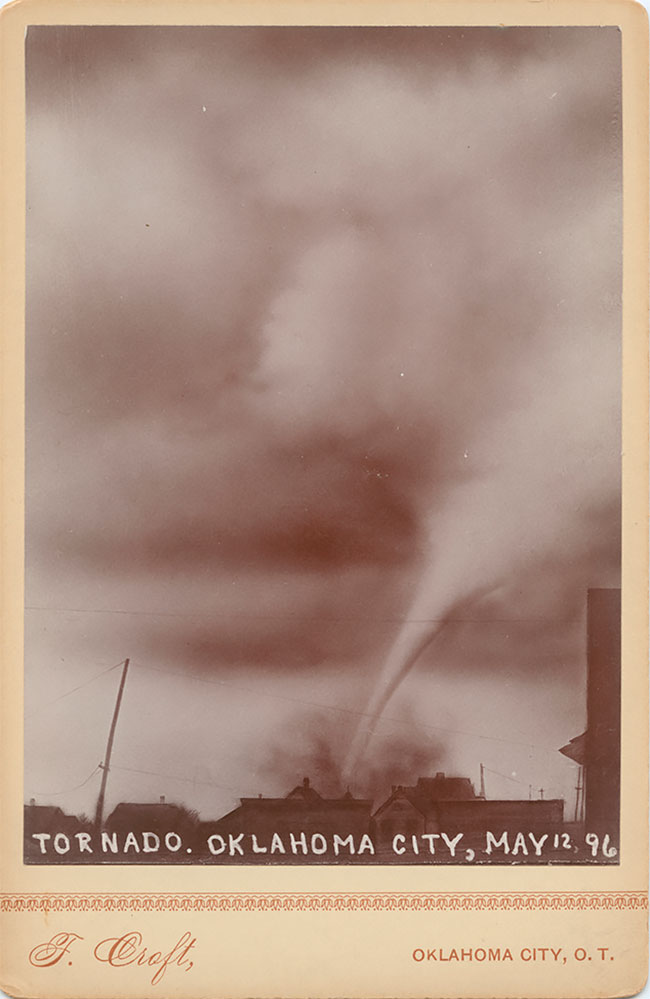 With whipping winds, accompanying rain and hail, and that foreboding electric coolness in the air, tornadoes are no easy subject — especially given their unpredictable paths of destruction.

The May 12, 1896, tornado photographed by Thomas Croft in Oklahoma City 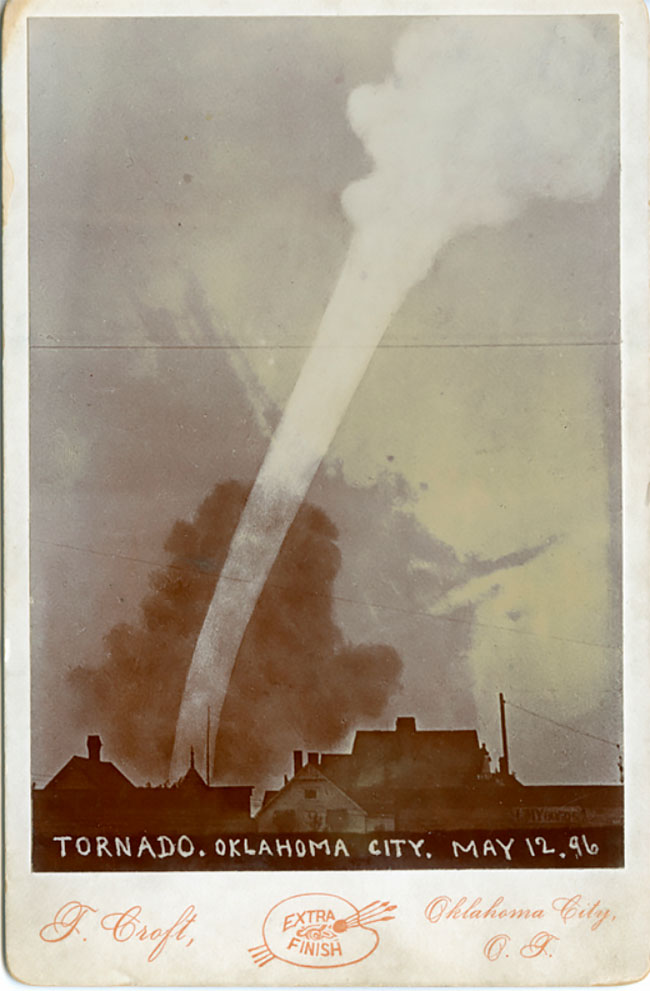 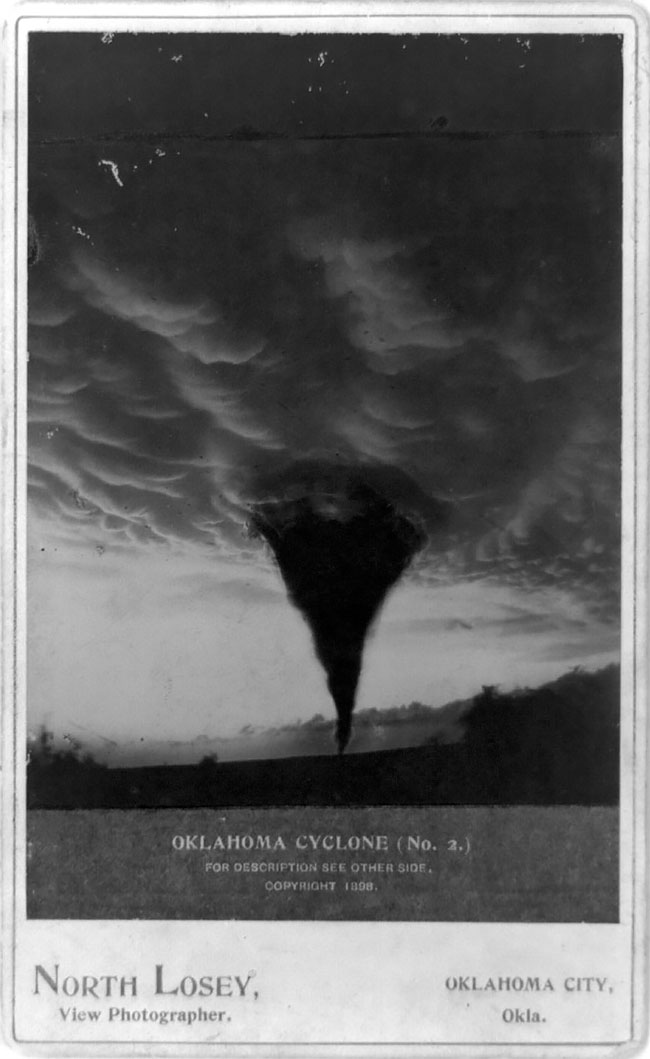 Photograph of a tornado in Ponca City, Oklahoma, ca. 1890s 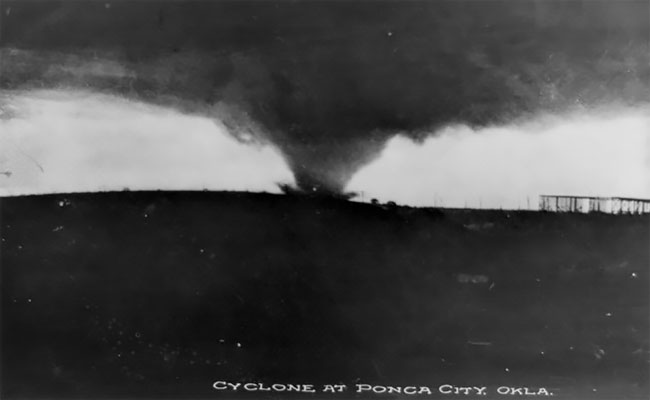 A stereoscopic view by D. S. Camp of the aftermath of a tornado in Wallingford, Connecticut on August 9, 1878 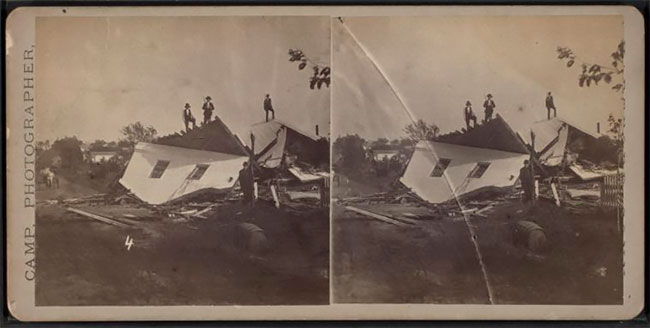