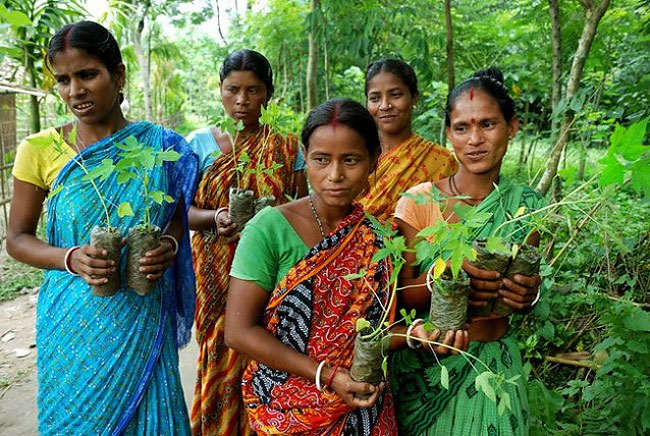 Every culture has its own traditions surrounding the birth of a child. While we celebrate newborn girls by sending pink dresses and dolls, in the village of Piplantri in Rajasthan, India, they celebrate by planting 111 trees. 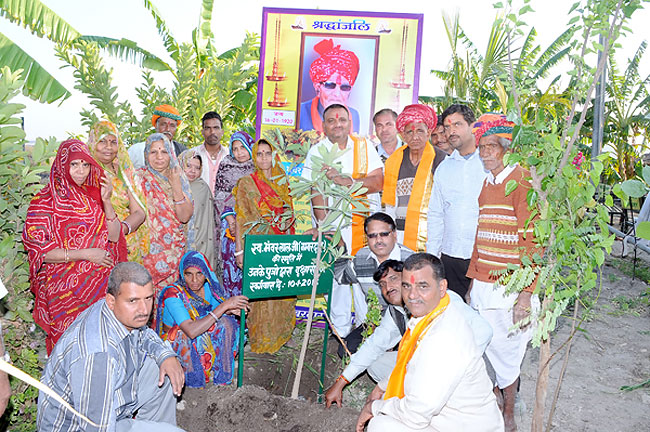 That’s right, every time a little girl is born in Piplantri, 111 trees are planted in her honor! 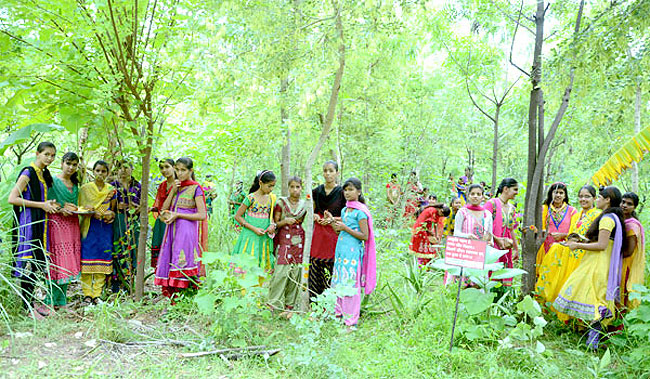 In most Indian villages, the birth of a daughter was historically considered a burden for a family. Rural villages operate on the dowry system which contributes to the high cost of marriage for households with daughters. As a result, daughters were often regarded as lesser than their male counterparts and many were married before they reached the age of 18; few received a proper education. 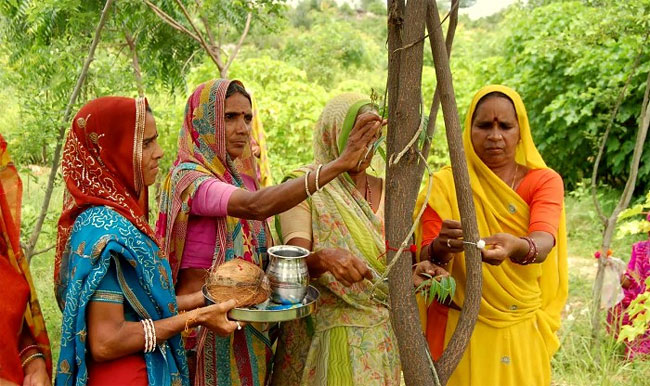 Violence against women derived from these attitudes is still a heated topic in India. The documentary “India’s Daughters,” was recently banned due to its upfront portrayal of rape and abuse in the country. 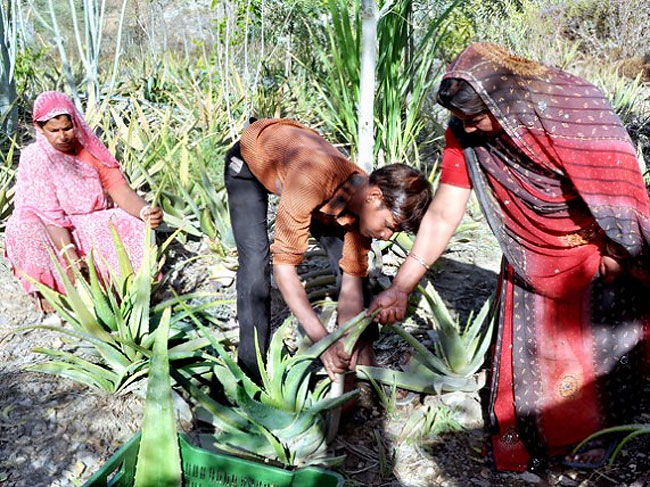 In juxtaposition, the tradition of planting trees to welcome the birth of female children in Piplantri seems to completely reject these historical constraints, fostering hope that attitudes towards women can change. 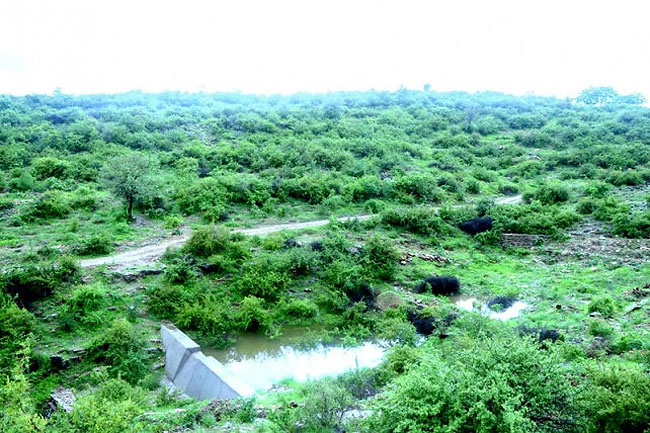 This amazing custom was started by former village leader Shyam Sundar Paliwal to honor his daughter who passed away when she was young. Although Paliwal no longer serves as the village’s leader, the tradition has continued nonetheless. 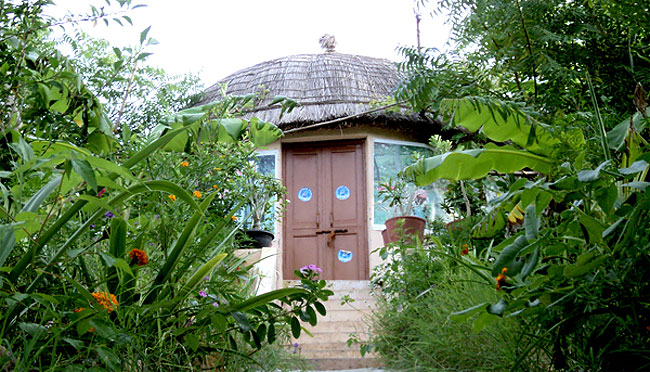 When a girl is born, village members band together to raise a sort of “trust” for the girl. The parents contribute one-third of the sum of 31,000 Rupees, equivalent to $500, and the money is set aside as a 20-year fund for the girl. This ensures that she will never be considered a financial burden for her parents. 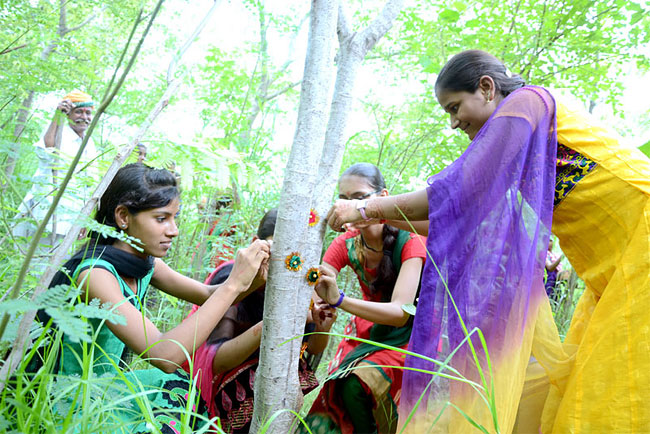 In return for this trust, the parents sign a legal affidavit that states that the daughter will only be married after she reaches the age of 18 and has received a proper education. The affidavit states that the 111 trees must be taken care of as well. 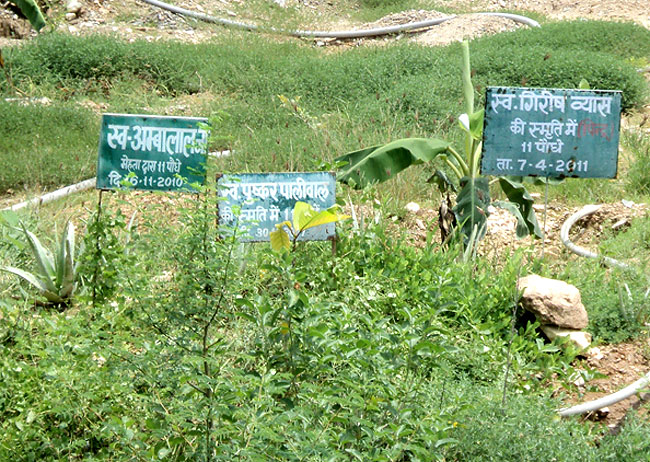 It’s a clever little catch, but the practice of planting trees in conjunction with the birth of a child actually works to ensure that the local environment will be able to support the ever growing population. 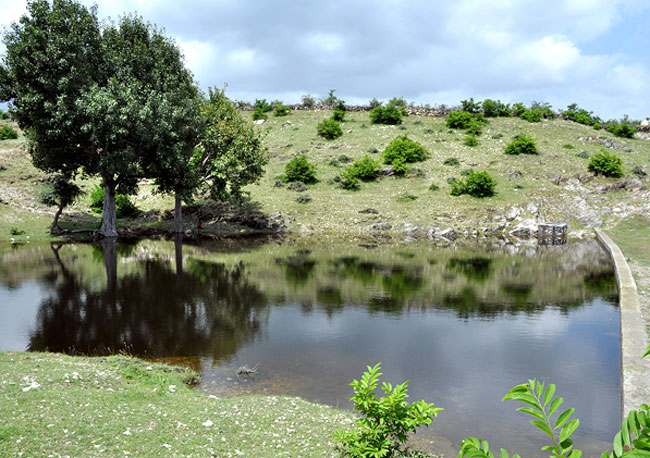 Not only does this beautiful tradition foster a deep appreciation for females in the village, but it also instills a remarkable sense of environmental stewardship. 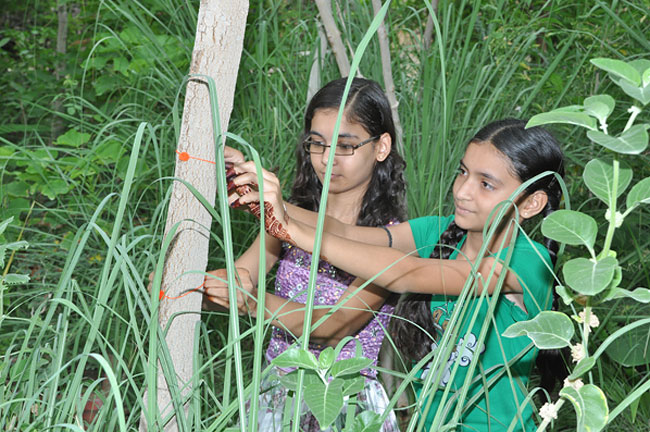 Via One Green Planet

Amazing Photos Awarded By The Sony World Photography Awards 2018
Welcome To Creepy Island Of Broken Dolls On Teshuilo Lake In Mexico
New NASA Discovery Reveals Unprecedented Blooms Of Ocean Plant Life Beneath Arctic Ice
From New York To Bangkok: Photos Of Vintage Coca-Cola Signs
An Ordinary Day In An Extraordinary Place – Aiguille Du Midi (3842m)
Contadora Island Resort In Panama Became An Abandoned And Forgotten Place
The Realistic Zombie Mugs Every Horror Fan Should Have
Amazing Vintage Photos Of Houses Carved Inside Massive Tree Stumps in America From The Early 20th Century
'Vertical Forest' in Chinese Residential Complex Becomes Mosquito-Infested Jungle
Yes, This Is The Real-Life Waterworld Project
Children From A Remote Village In China Have To Take A Dangerous Path To Get To School
These Amazing Animal Sculptures Were Made from Carefully Cut Layers of Paper
Vish Maradia Photographed Herself To Portray Anxiety With The Help Of Photo Manipulation
Photographer Took Amazing Underwater Pictures Of Kids Playing Sport Games
A Real-Life Yellow Submarine for Rent
Beautiful Photos Of Cuba In 1954 That Looks Like A Country Of Freedom
Amazing Make-Up Artist Creates Super-Cute Pictures On A Unique Canvas - Her Eyes
Amazing dynamic projects by Aaron Koblin
Japanese Photographer Has Created Amazing Panoramic Images Of The World's Largest Salt Flat In Bolivia
Fox Village In Japan Is Probably The Cutest Place On Earth
La Maison Du Gouffre - Tiny Old House Between The Rocks
Make Every Meal Fancier
This Woman Makes Unique Snow Sculptures on Park Trees
Scenic Aerial View Of Terraced Fields In Guizhou, A Mountainous Province In Southwest China
amazing, every, india, plants, trees, village

Aerosutra: How People Survive On Long-Haul Flights While Trying To Sleep
"Dwarf Empire" in Kunming, China
This Woman Restored An Old Van To Make All Her Traveling Dreams Come True
Doodle Every Movie I Watch
Instagram Duo Travels The World Snapping Locations From Their Favourite Series
Amazing Images Reveal How the Exclusion Zone Around Fukushima Has Been Abandoned to Become an Overgrown Wilderness
Window of the World: Europe Made in China
This New Restaurant Concept In San Francisco Has No Visible Staff
Real Fire Truck Converted In Authentic And Cozy Log Cabin
Burger King in Japan Goes Black
Source of inspiration since 2007. Proudly hosted by WebHostingBuzz.
Privacy Policy · Terms of Service · Content Removal Policy 🇺🇦 ❤️