Cool Cartography: The Art Of Mapmaking

Mind the Map, a new collection of artwork published by Gestalten, shows the skill, humour and care involved in map design, including one depicting New York’s smells, and a meticulously hand-painted ski map. 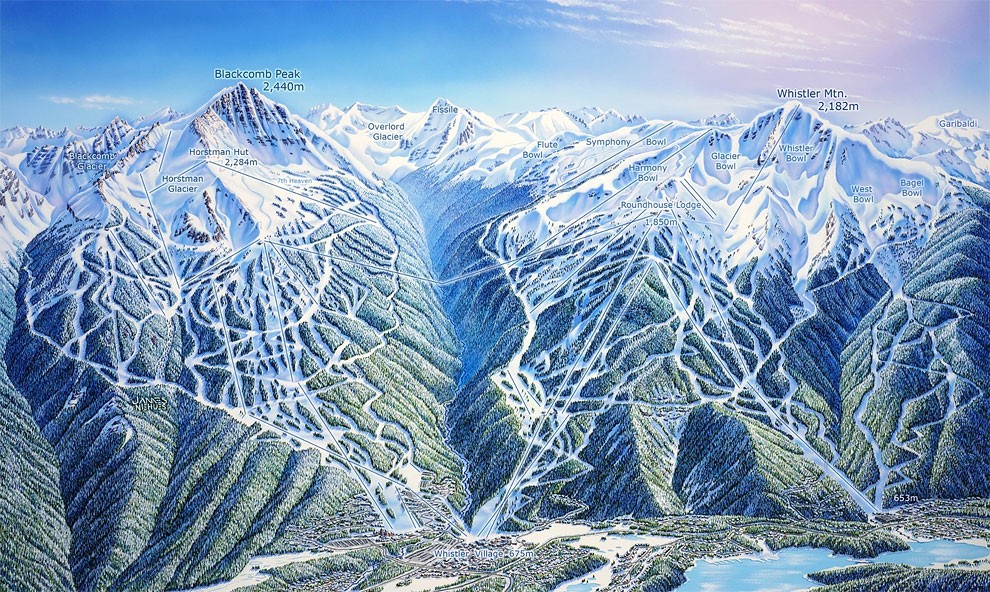 One of the most prolific ski-trail mapmakers at work, Niehues is known for extreme attention to detail, giving unique form, structure and shadows to trees, or adding cars to resort parking lots. He usually begins by gathering images of his subject from various angles, including archival photos and flying around the area at various elevations. A medium-size ski resort takes two to four days to sketch and seven to 10 days to paint. Larger regions have taken weeks.

London by Gareth Wood aka Fuller 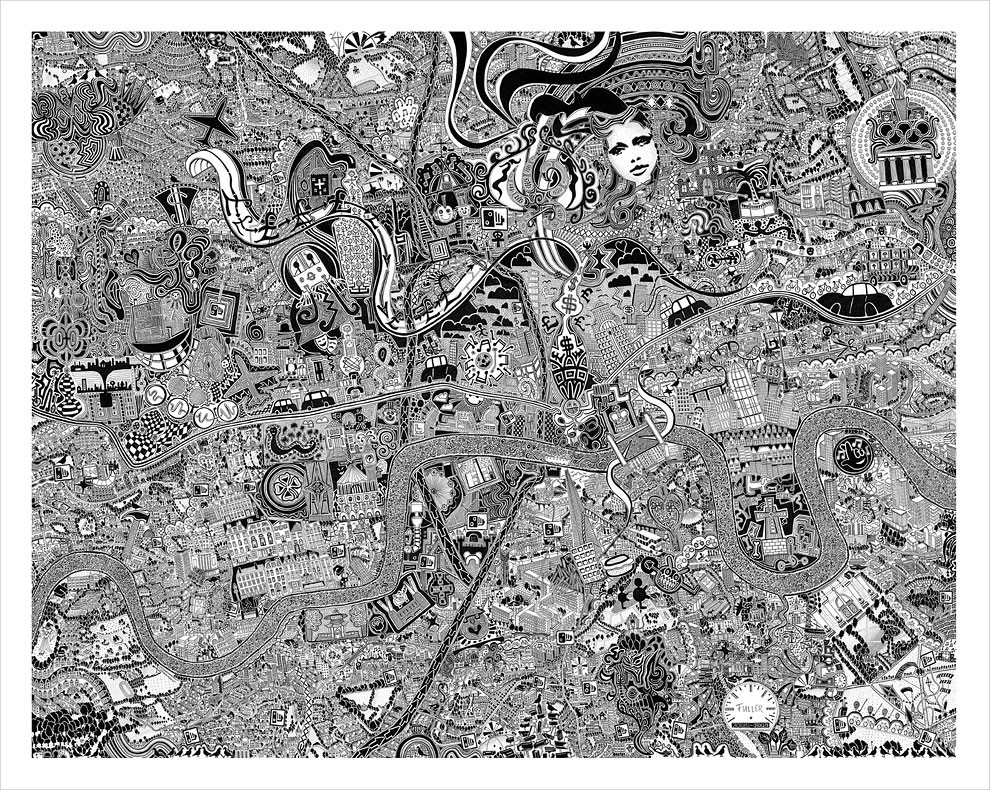 Fuller drafts impressionistic “mind maps” of places where he has lived. “I’m making a collection of cartographical love letters,” he says. This hyper-detailed, ink-drawn map is of central London. It contains the personal experiences of the artist, hidden stories, curiosities and factoids. The piece was started in 2005, archived in 2007, and drawing resumed in 2015. This jump creates a change in style and technique. It highlights the progress within the metropolis and the artist himself.

The Big Smoke by Mychael Barratt 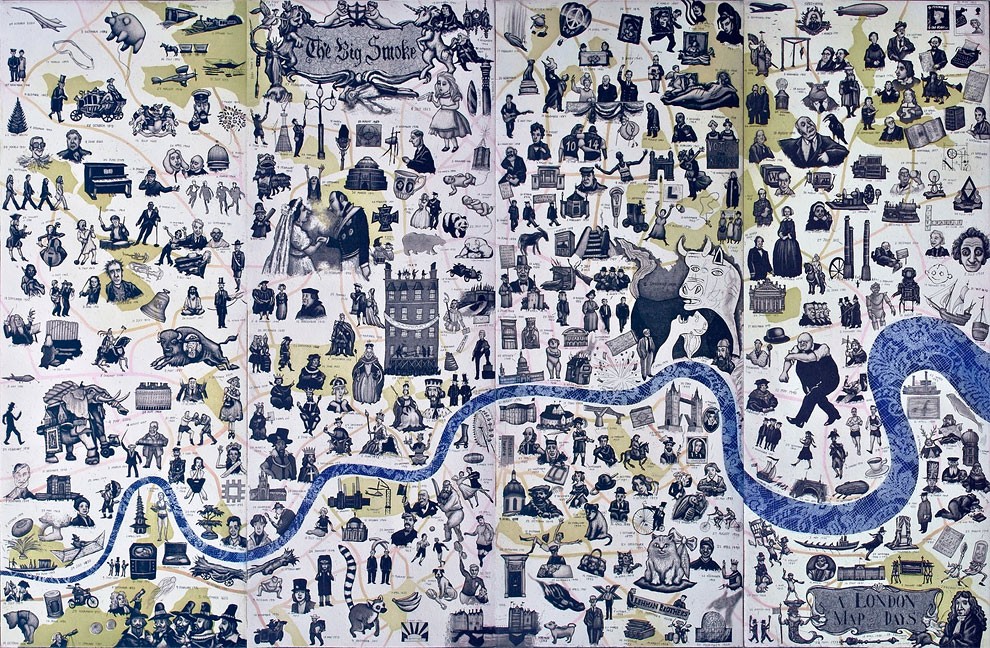 Canadian-born Barratt is a painter and printmaker based in London. His etchings of the city and the London underground are peppered with highly detailed site-specific anecdotal and historical references. Multiple plates are printed side-by-side in the manner of an ancient folding map.

A Guide to the Discovery of Machu Picchu by Kevin Cannon 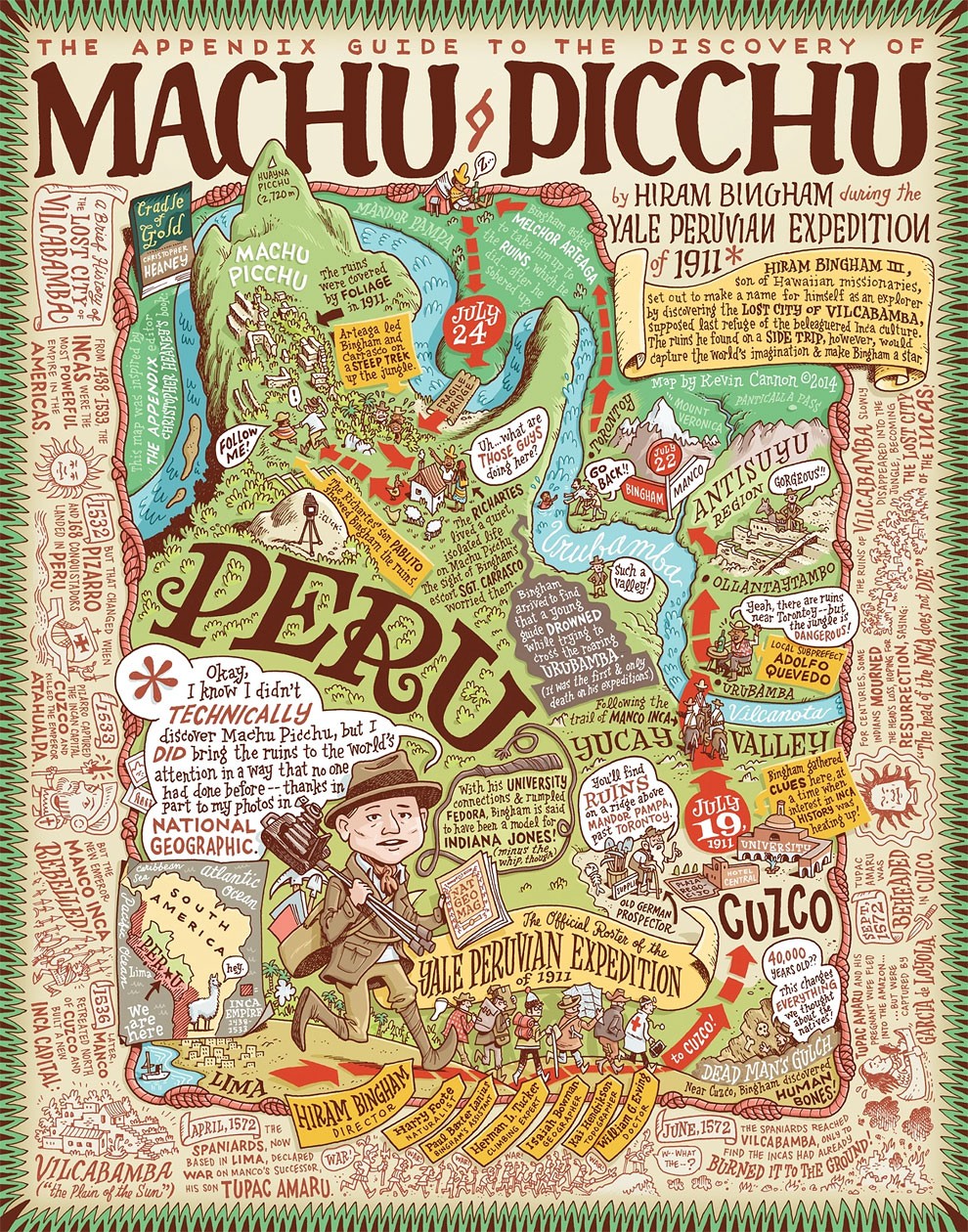 This is one of a series of maps made for the quarterly journal The Appendix charting the epic adventures of historical figures.

An artist based in Denver, Colorado, Perkins specialises in scratchboard and pen and ink drawings. In many of his maps, soft colouring combines with highly-contrasting marks to convey a strong sense of the natural landscape.

A map of smells in New York by Kate McLean 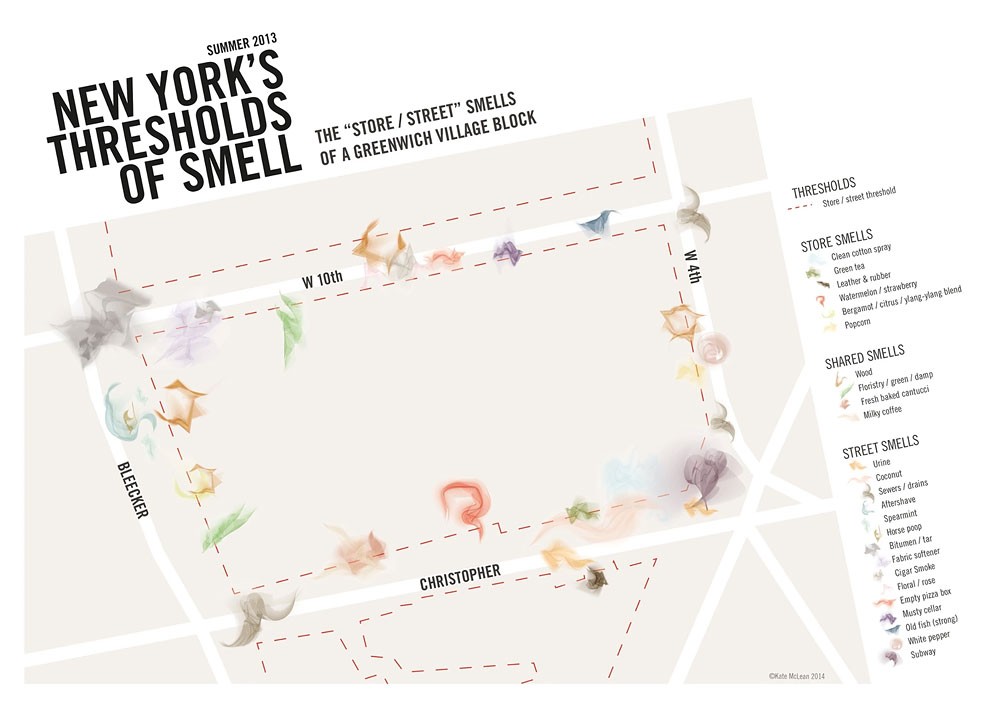 An English graphic designer McLean has focused her passion for cartography on making sensory maps, charting the dynamics of what we smell, and to a lesser extent, touch, taste, and see. McLean uses various visualisation formats to map her data, which she gathers alone or with the help of collaborators.

A 3D map of Manhattan by Luis Dilger 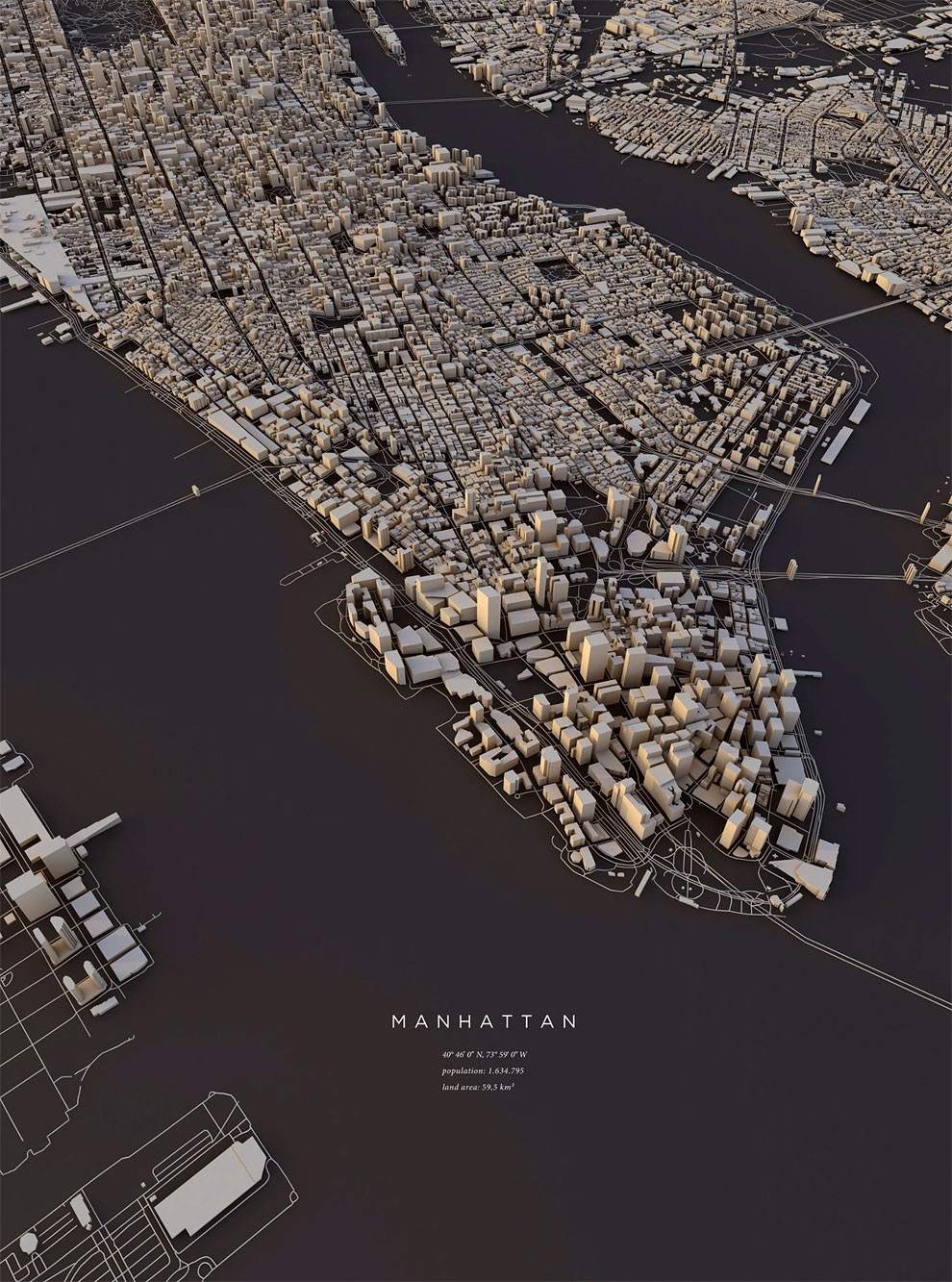 The south Pennines by Angela Smyth 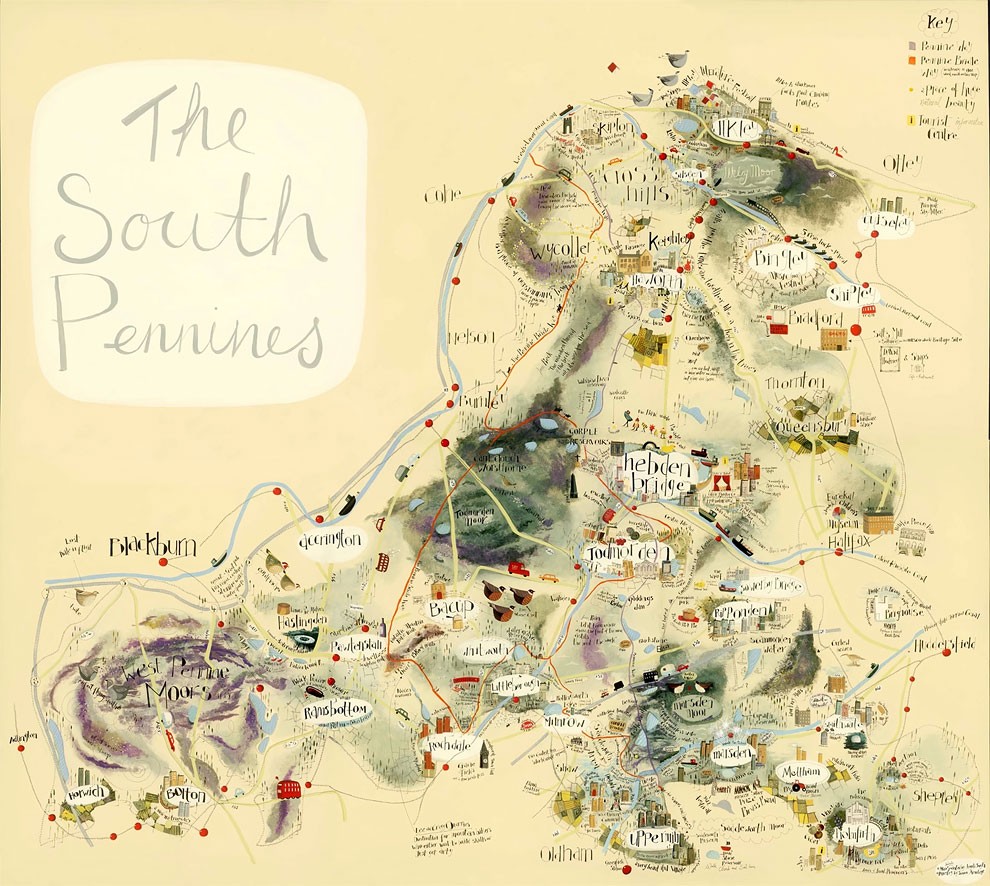 This work took six months to complete, eventually filling six large canvases of 3 × 2.4 metres. The map captures the spirit and landmarks of the breathtaking moorland landscape with its quaint towns and villages. Local residents were invited to suggest features they wanted to see on the final piece and excerpts were included from poems by Simon Armitage. 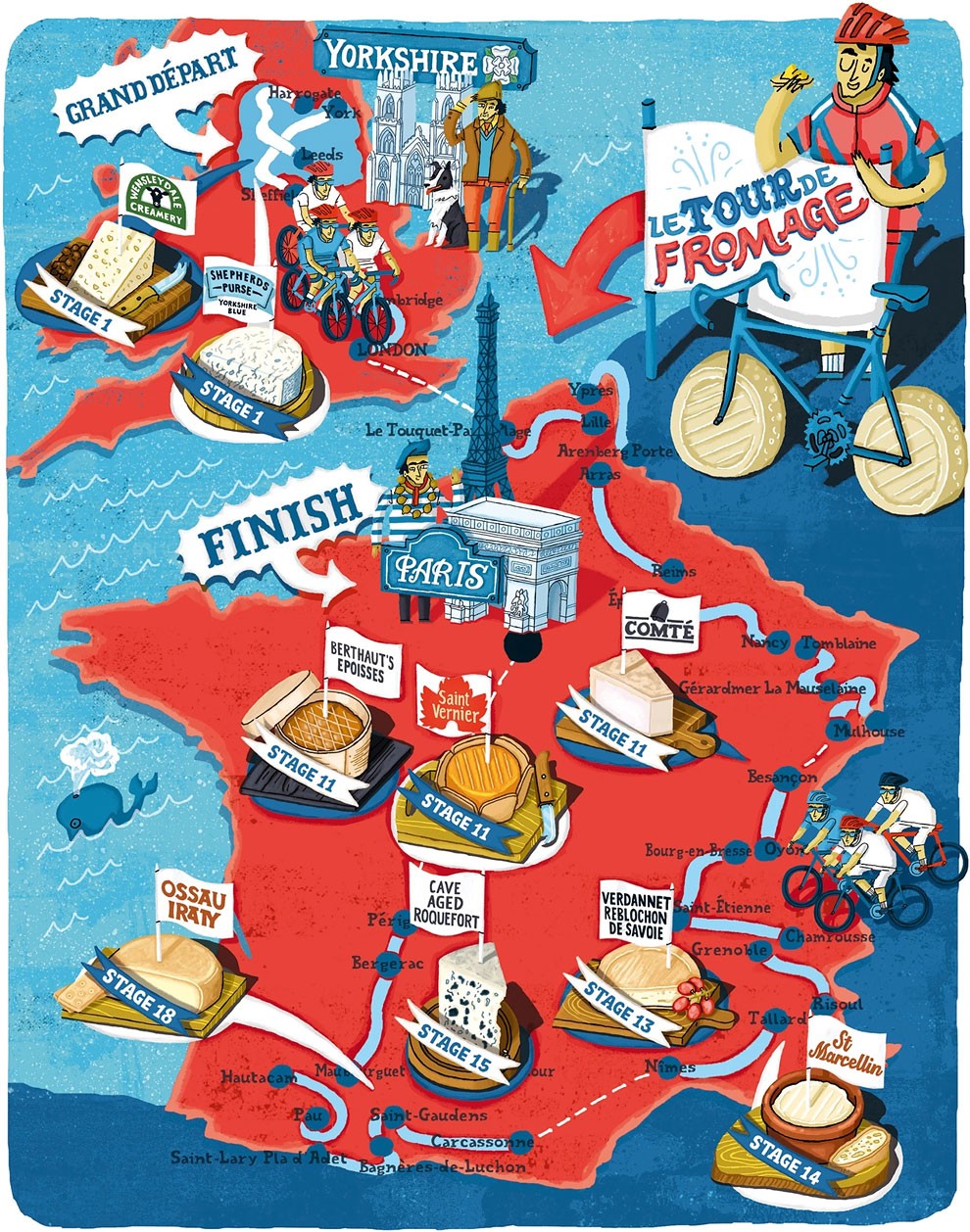 A fun map of regional cheeses by English illustrator who combines hand-drawn work with digital techniques. 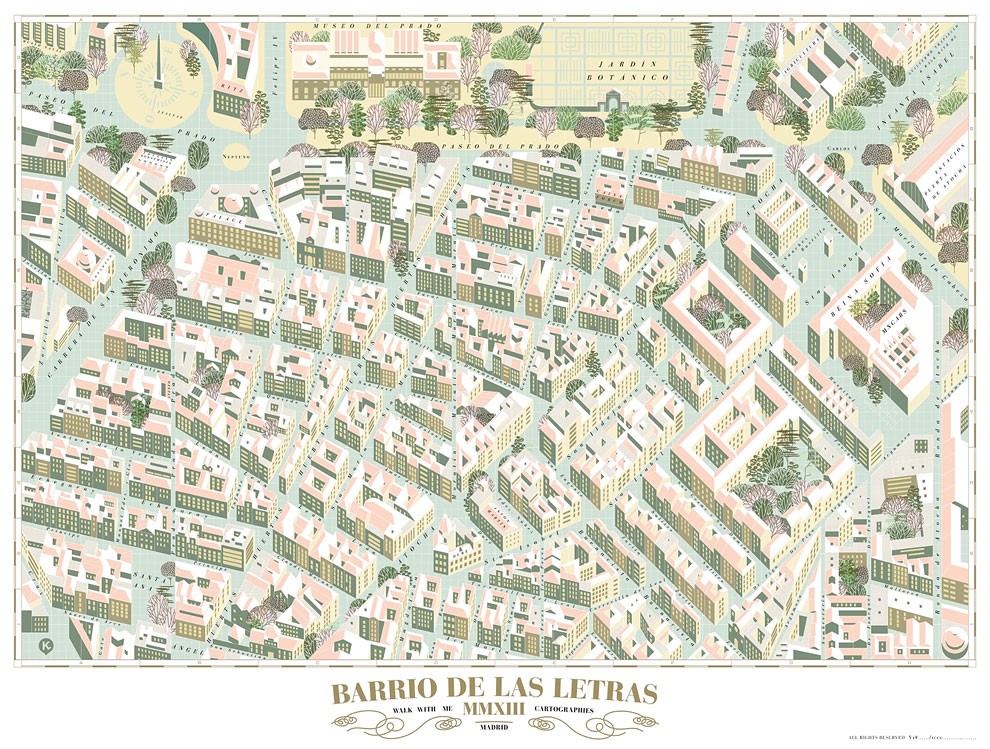 A cartoonist and illustrator based in Madrid, Lozano uses overlayed colours and strong lines to make essential landmarks easily recognisable in this weekend tourist map of the city.

The Atlas of True Names by Kalimedia 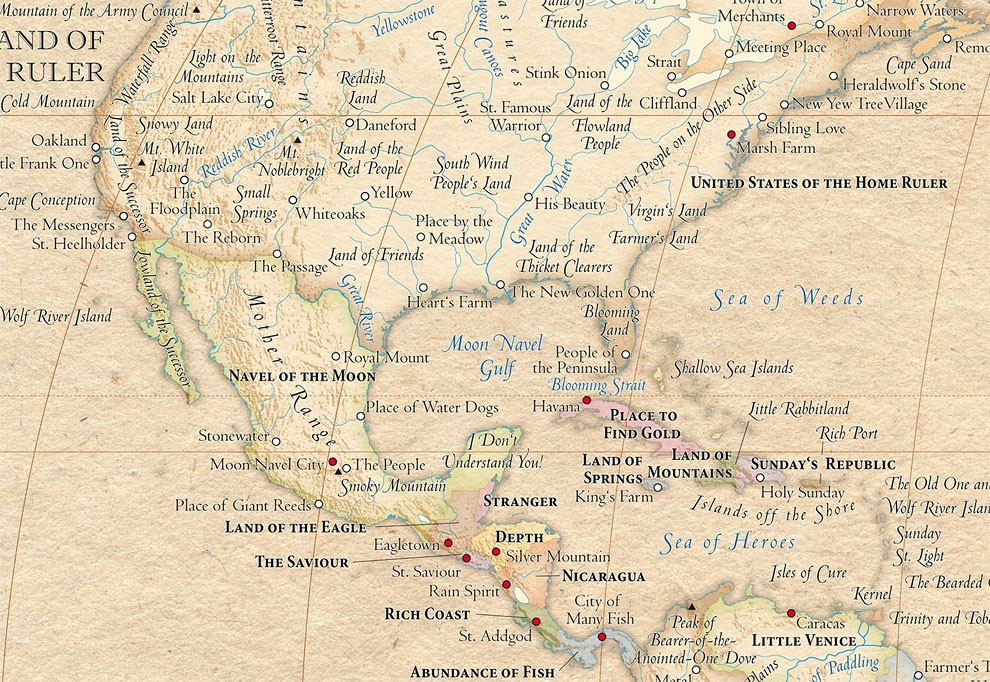 German publisher Kalimedia has created maps of the US, Canada and UK, revealing the etymological roots of places. 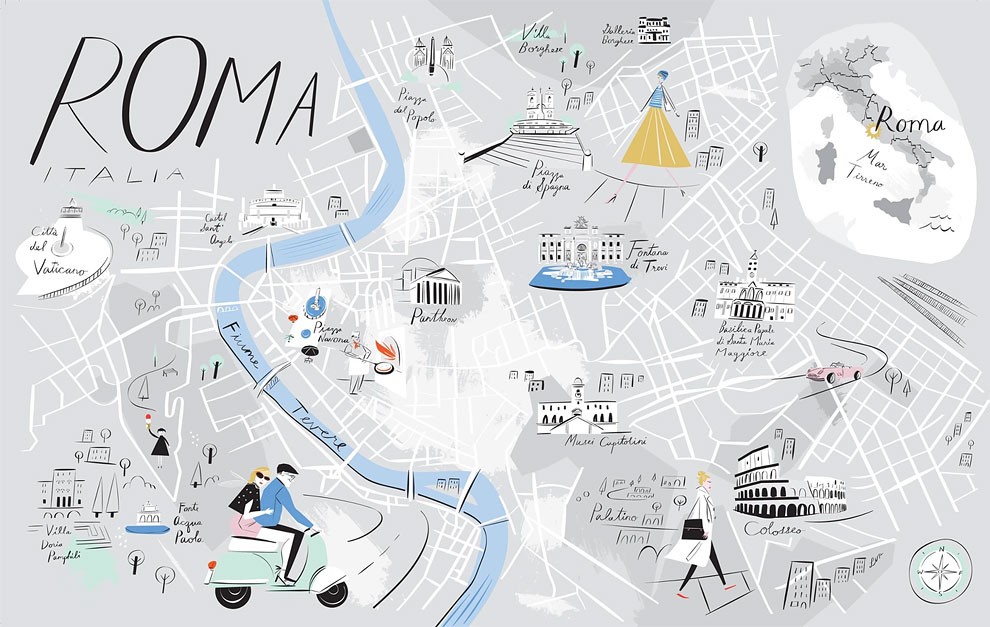 Vedema: A Fire Harvests The Stone
Parts Of Hawaii Are Covered In Snow
Tons Of Juice Flooded The Streets Of Russian Cities
This Is What A Psychiatric Hospital That Has Been Abandoned For Years Looks Like
Here Are The Most Interesting Things This Geologist Found On Google Earth
Re-Imagine The Bathing Concept: There’s A Floating Sauna On A Lake In Seattle
Edible Insects in Thailand
Chinese Village Builds Giant Golden Statue Of Mao Zedong
A Giant Abandoned Stawberry Is Becoming More And More Popular Among Urban Explorers In Poland
Thousands Of People Are Living Inside A Luxurious Hole In The Australian Desert
When Airplane Food Was First Class – A Mouthwatering Look At What In-Flight Meals Used To Be Like In The Golden Age Of Flying
Photographer Spends Three Years Travelling The World To Capture Stunning Landscape Images At Sunrise And Sunset
This Guy Makes Sweaters Of Places And Then Takes Pictures Of Himself Wearing The Sweaters At Those Places
Niagara Falls Freezes Over Again, Produces The Most Breathtaking Scenery
Photographer Captures Cherry Blossom Path “Suddenly Appearing” In The Middle Of Tokyo
800 Human Sculptures Found In This Creepy Japanese Village
Eerie Statues Of American Presidents Forgotten By Time
Rare Photos of Angola's Tribal People
Girl Shares Pics Of Street Food From Around The World On Her Instagram Account
Capilano Suspension Bridge, North Vancouver, British Columbia
At the Edge of the World: A Look at Life in Greenland
Fukushima: 5 Years After The Tragedy
Otherworldly Pictures Of Northern Iceland
Travel Company Launches Mile-Low Club with Romantic Submarine Voyage
cartography, mapmaking