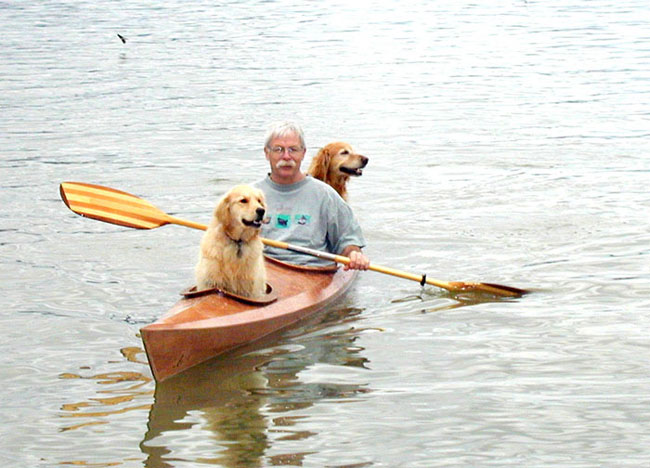 67-year-old David Bahnson realized he could modify his kayak to accommodate a pooch after seeing how easily his dog, Susie, could fit inside the baggage compartment. When Bahnson and his wife got another dog, Ginger, they knew what they had to do.

After David got his second Golden, he realized there was not enough space for both dogs 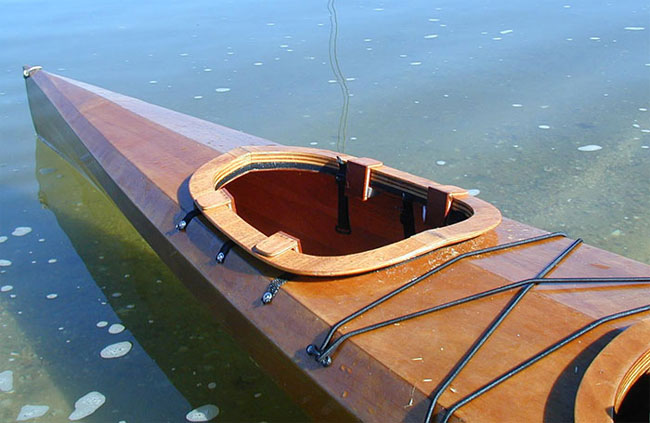 “When we got Ginger, I just put in another hole” Bahnson told Dodo. “It’s like a triple kayak, only there isn’t enough room for the paddlers to put their feet — but it’s perfect for a dog… They never hopped out into the water, actually.”

He decided to modify the kayak and created a third seat for his new pup. 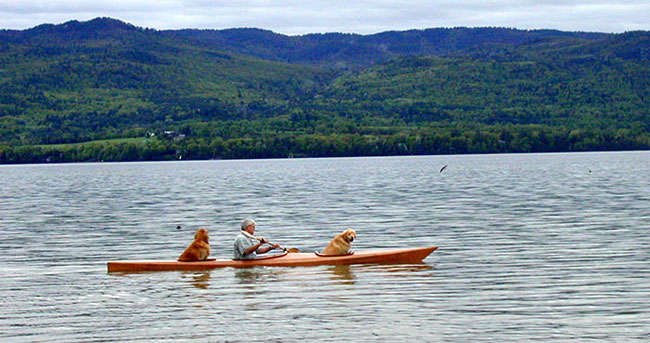 “Our dogs have always loved to travel with us in cars, in my airplane, in boats”

“Building a way for them to kayak with us just seemed like a logical choice, and the boats are fun to build anyway” 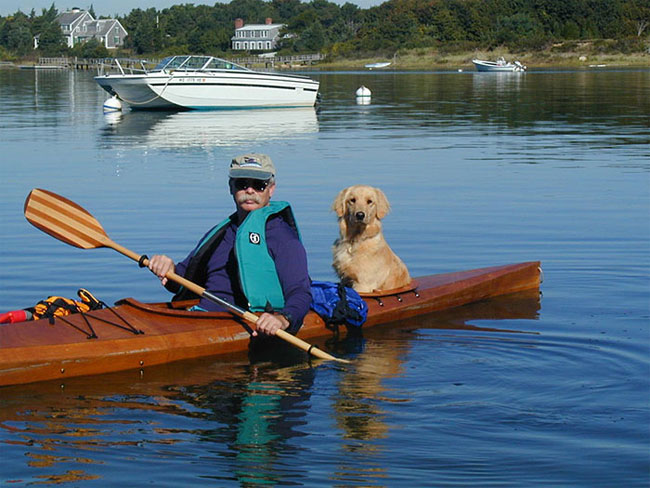 “We’ve gone miles and miles of paddling with our dogs”

Hand-Built Porcelain Sculptures by Nuala O’Donovan Mimic Fractal Patterns Found in Nature
A Turquoise Lake In Siberia Where People Have Been Taking Selfies Is Actually A Toxic Power Plant's Ash Dump
Now You Could Rent A Cowboy Boot-Shaped House In Huntsville, TX
Beautiful Photos Of Cuba In 1954 That Looks Like A Country Of Freedom
Someone Created An Instagram For A Soup Ladle And Its More Than 67K Followers Can’t Get Enough Of Its Adventures
Taiwan’s Watermelon Bread Is Getting Us Both Confused And Hungry
Rare And Amazing Photographs From The First Australasian Antarctic Expedition Between 1911-14
Sleep In A Bookshelf With 5000 Books In Kyoto’s New Bookstore-Themed Hostel
Balloonists Take To The Skies To Launch The Bristol
Fantastic-looking Custom Made Steampunk Bullet Shell Chess
Western United States In The 1960s: Colorful Life In The American West 50 Years Ago Through Amazing Found Photos
Highways On The Runway? New Dress Designs Show Infrastructure's Chic Side
A Group Of Artists Built A Cardboard Installation And Burned It To Mark The Fight Between Modernity And Tradition
There's an Atmospheric Abandoned Jurassic Park Located in the Heart of Russia
A Neighbourhood Pool Parties In Peru
Beautiful New Zealand: Earth’s Mythical Islands
Book A Stay On Your Own Robinson Crusoe Island
Ready to Move In? Mystery ‘Furnished Apartment' Found In Berlin Subway
Amazing Kodachrome Snapshots Of Beaches In The U.S In The 1950s-60s
This Is What A Psychiatric Hospital That Has Been Abandoned For Years Looks Like
This Is Strange But True
Photographer Captures Ireland's Essence In Gorgeous Green Sceneries
Meet The Solar Egg, A Giant Golden Sauna Built In Luossabacken, Sweden
You Can Stay At This Converted Oil Rig In Malaysia And Go Diving
adventures, built, could, custom, kayak