September 15: This Day In Photos From The Past 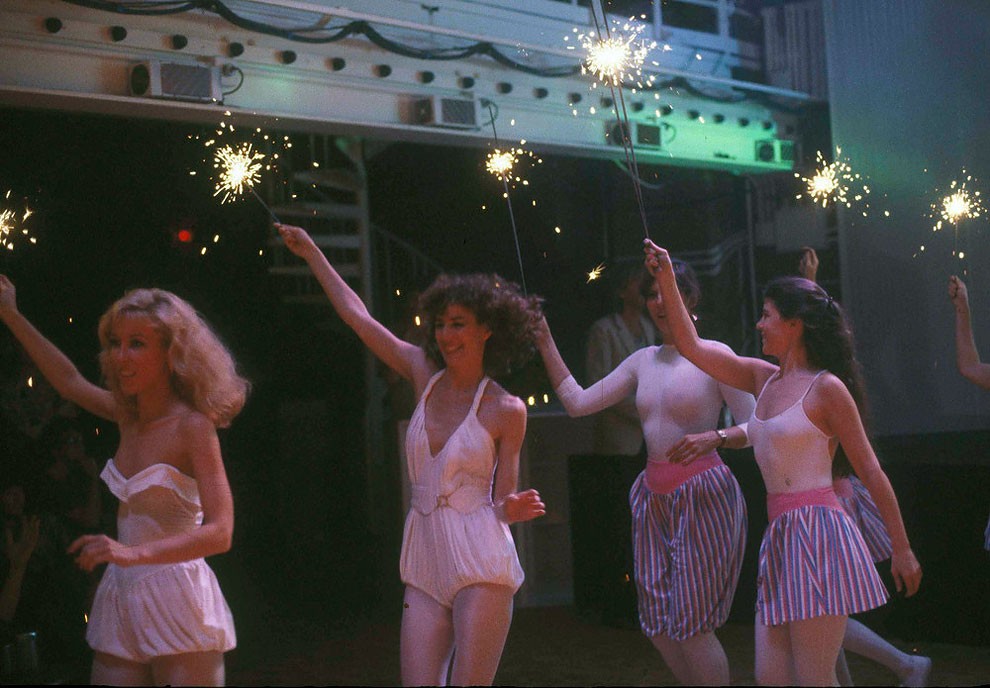 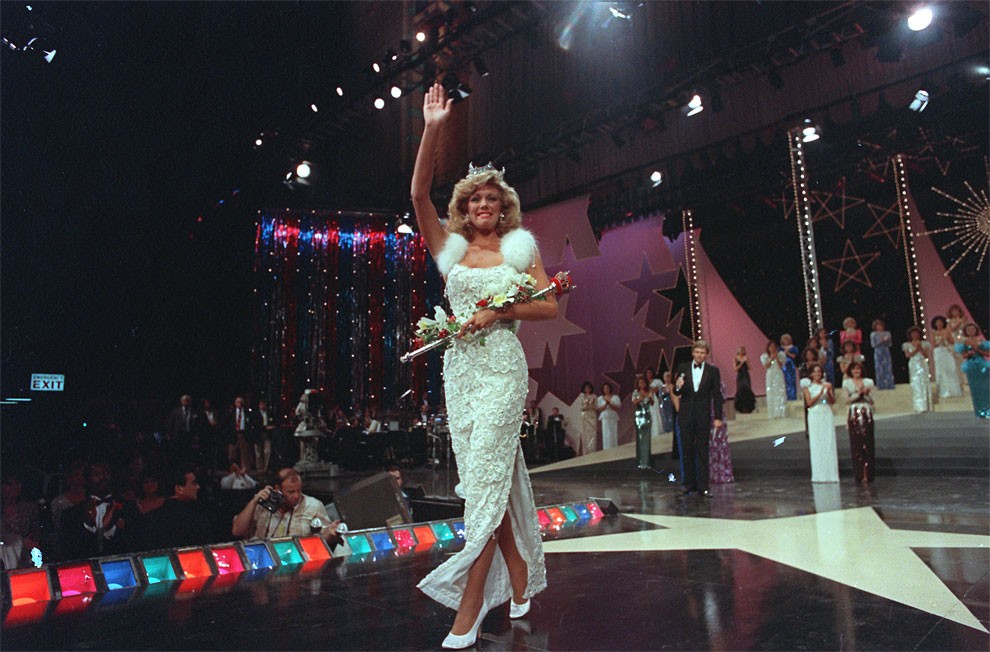 Susan Akin, of Meridian, Miss., waves to the crowd as she walks down the runway after being crowned Miss America 1986 at the Miss America Pageant in Atlantic City, N.J. on September 15, 1985. (Photo by AP Photo) 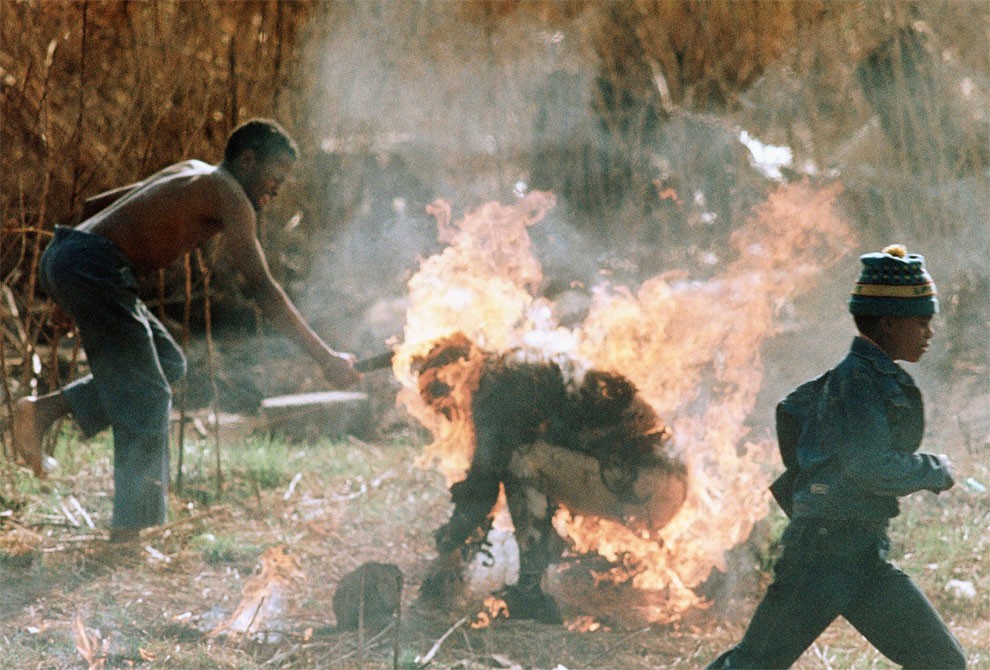 A small boy runs past as a youth clubs the burning body of a man identified as a Zulu Inkatha supporter and set alight by rival African National Congress supporters in Soweto, South Africa, September 15, 1990. (Photo by Seb Balic/AP Photo) 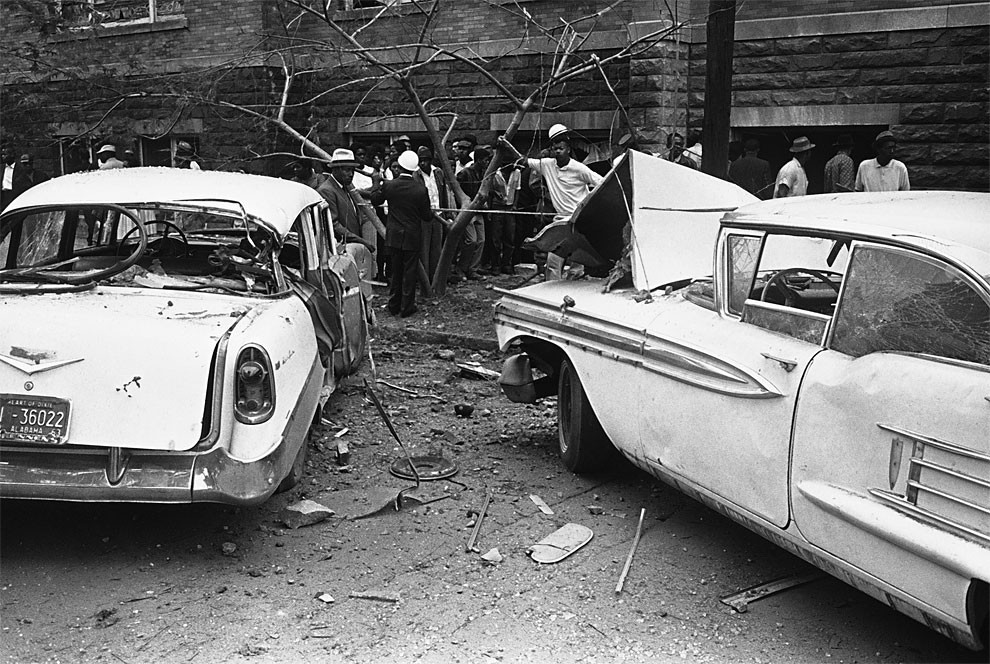 The autos, which were parked beside the 16th street Baptist Church, were blown four feet by an explosion which ripped the church during services in Birmingham, Ala. on September 15, 1963. The explosion also blasted windows from buildings within the area. (Photo by AP Photo) 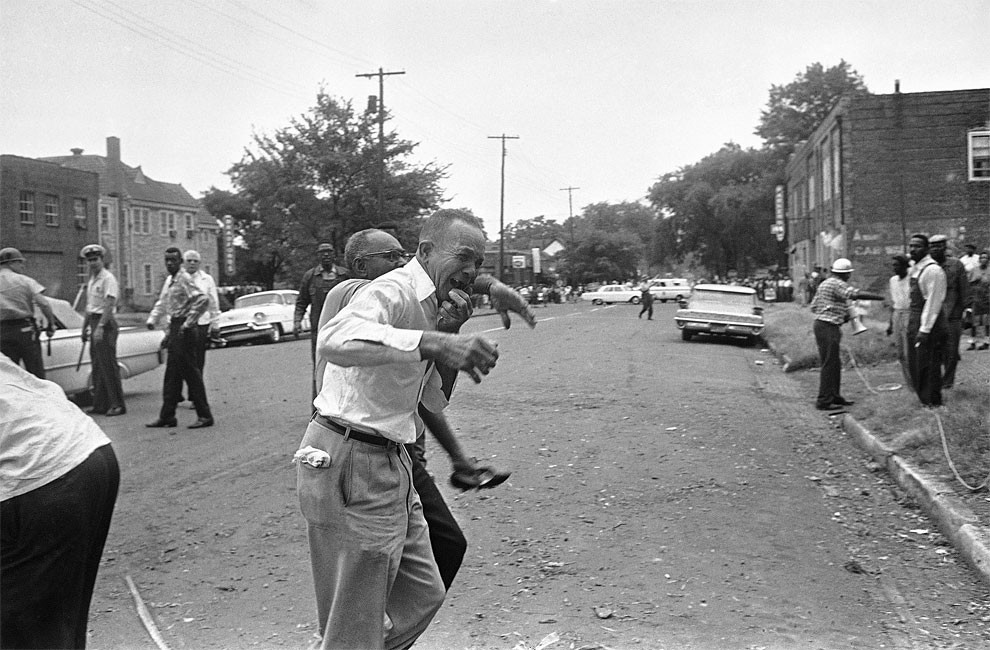 A grieving relative of one of bombing victims in Birmingham, Ala., September 15, 1963 at the Sixteenth Street Baptist Church is led away after telling officers that some of his family was in the section most heavily damaged. Man just in back of him is holding a shoe found in the debris. At least four persons were known to have been killed. (Photo by AP Photo) 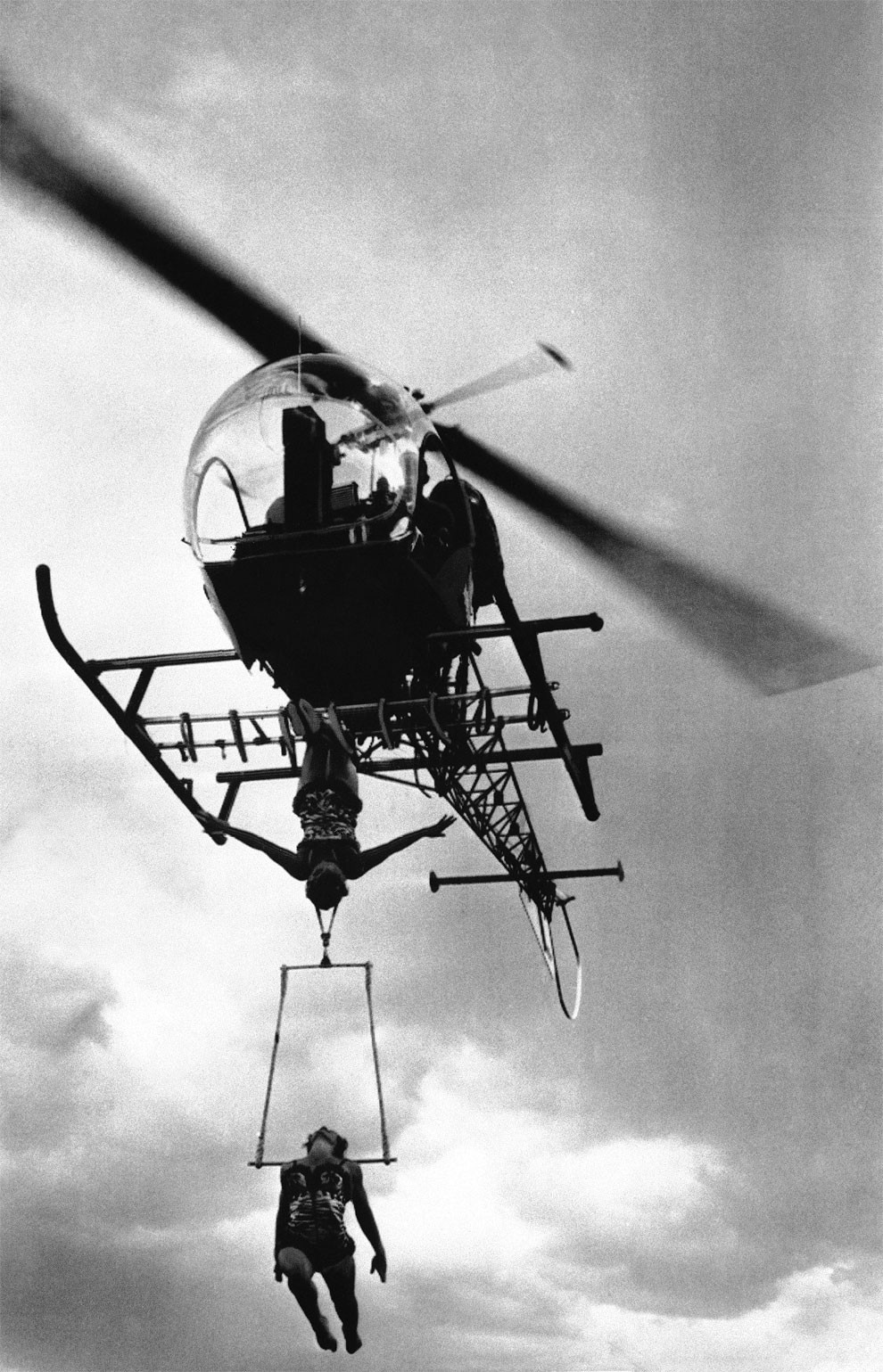 The Luvas sisters, Trudy and Struppi, formerly of Heidelberg, Germany, practice a high-flying act suspended from a helicopter piloted by Frank Horn in Denver on September 15, 1955. Trudy holds on to the helicopter under rigging by her knees while the swing dangles from a hook in a belt around her neck. Struppi swings from the bar, holding on only by the back of her head and neck. They claim it is the first time two persons have performed such feats from a helicopter. (Photo by AP Photo) 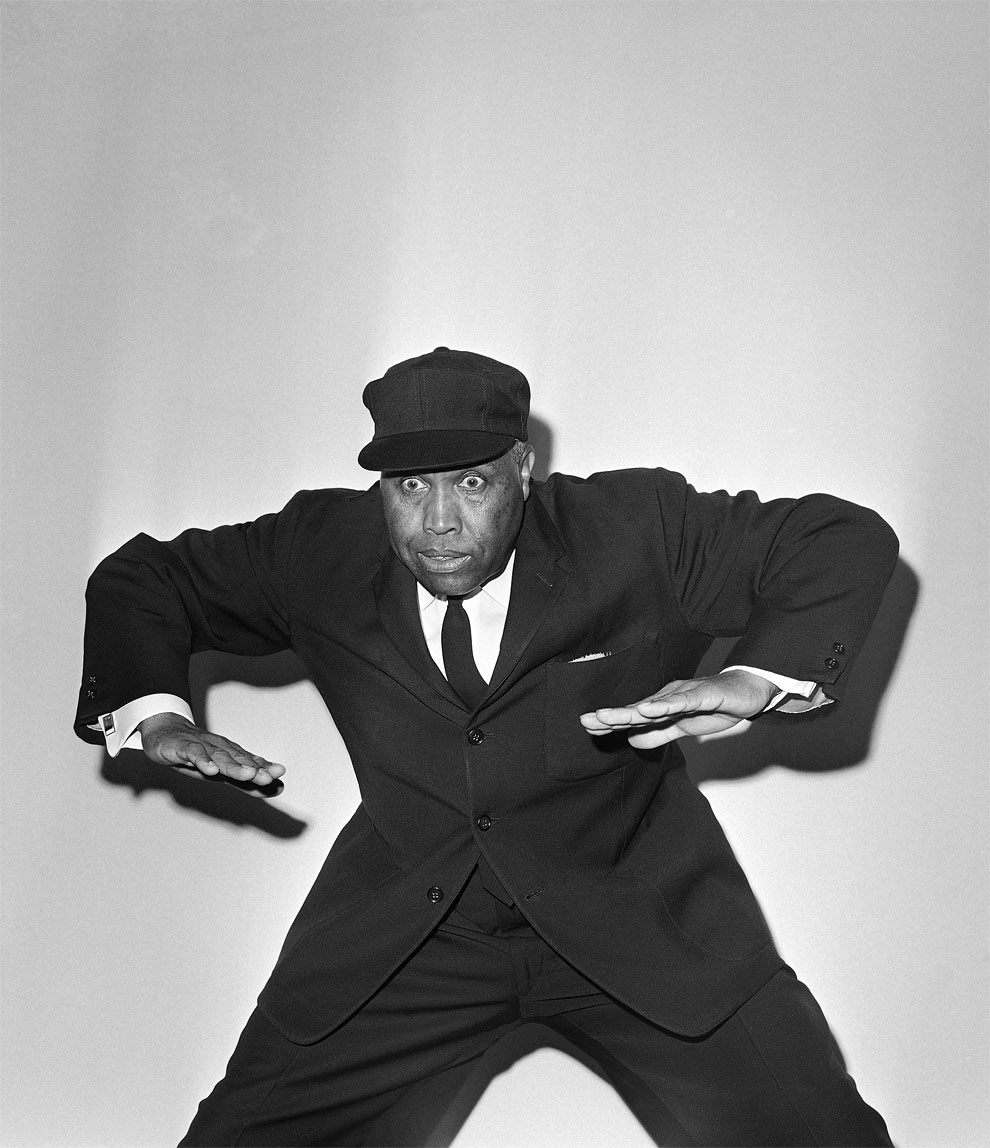 Emmett Ashford, who was hired by the American League on September 15, 1965 as its first African American umpire, demonstrates the animated manner in which he makes his calls on the diamond. He is 46 and has been Umpire in Chief of the Pacific Coast League for three years. Ashford will join the American League staff in spring training. (Photo by Harold Filan/AP Photo) 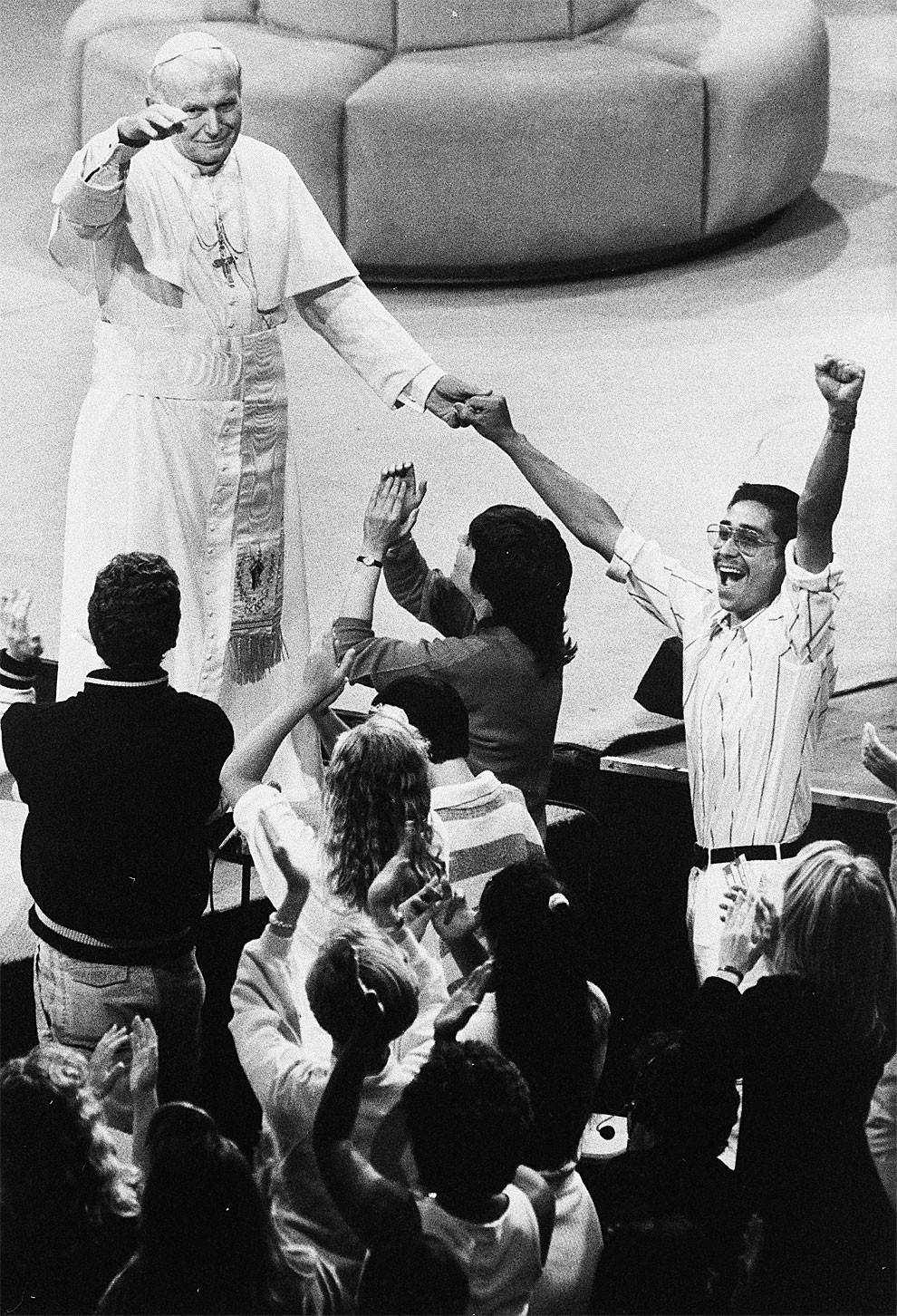 In this September 15, 1987 file photo, Pope John Paul II waves to the crowd of several thousand young people at the Universal Ampitheatre in Los Angeles, Calif. The pontiff addressed the group along with satellite viewers in Portland, Denver and St. Louis. As the beatification of John Paul II nears, American Catholics are showing renewed enthusiasm for a pope who inspired them like no other. Revered for his connection with young Catholics as much as his role in hastening the downfall of Soviet communism, his step toward sainthood will be eagerly watched in homes, churches and some of the 30 or so Catholic schools named for him in the U.S. Hanging over the celebration for some is the shadow of the church’s s*x abuse scandals and concern that the process have moved too quickly. (Photo by John Spink/AP Photo) 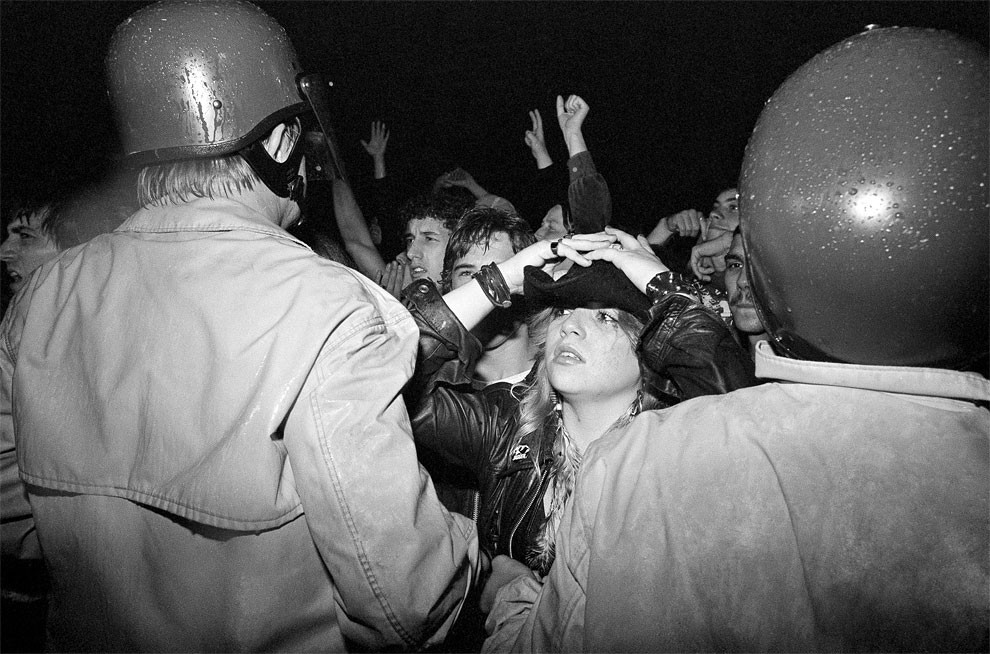 Sixteen-year-old Chris Nygrad, of Worcester, Mass., reacts with tears as she tries to look for members of the Rolling Stones from between a line of police officers on Monday, September 15, 1981 in Worcester, Mass. Nygrad was one of about 4,000 fans who gathered outside a nightclub where the rock group entertained about 300 in a preview of their upcoming U.S. tour. (Photo by Bill Polo/AP Photo) 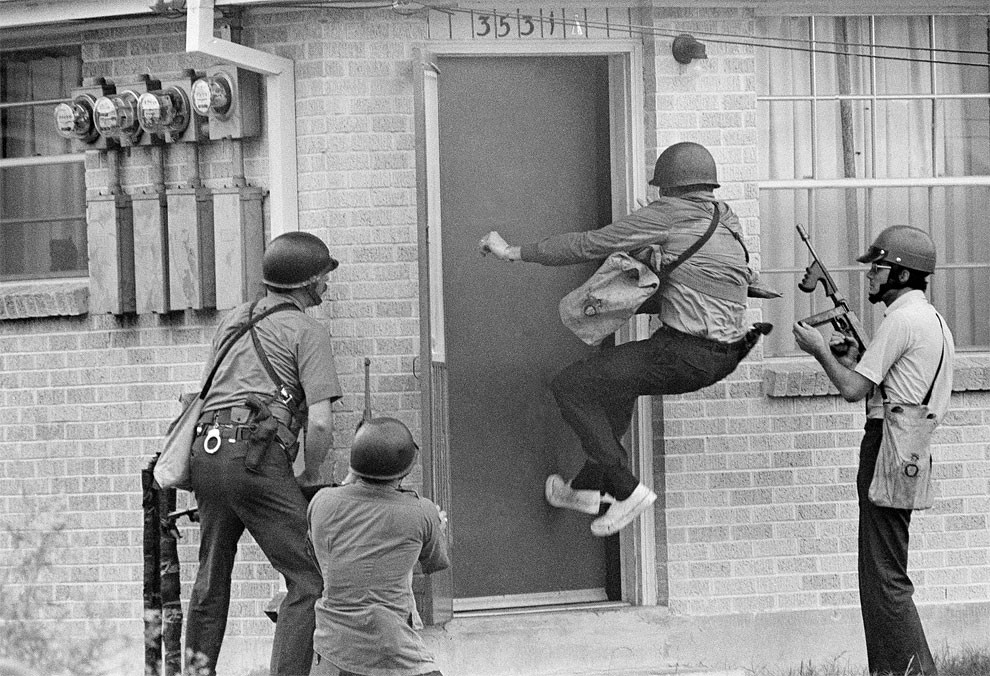 A policeman kick in the door of a residence next to the Black Panther headquarters in New Orleans as they moved in following a shootout, September 15, 1970. Other heavily armed policemen stand at ready. (Photo by Jack Thornell/AP Photo) 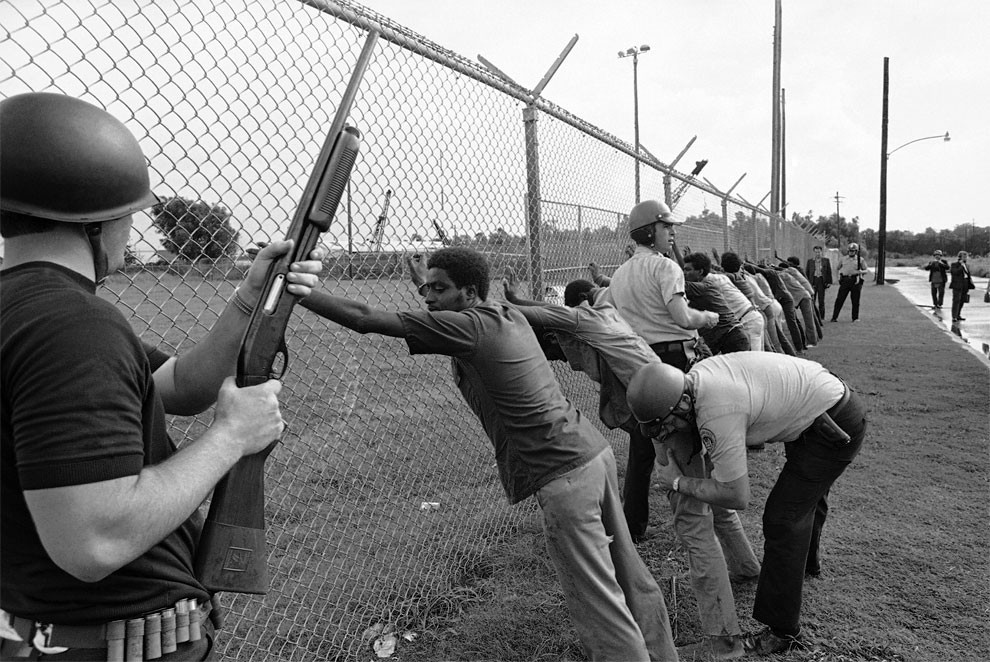 Police frisk young black youth lined up against a fence after they were arrested following a shootout between police and Black Panthers in New Orleans on Tuesday, September 15, 1970. (Photo by AP Photo) 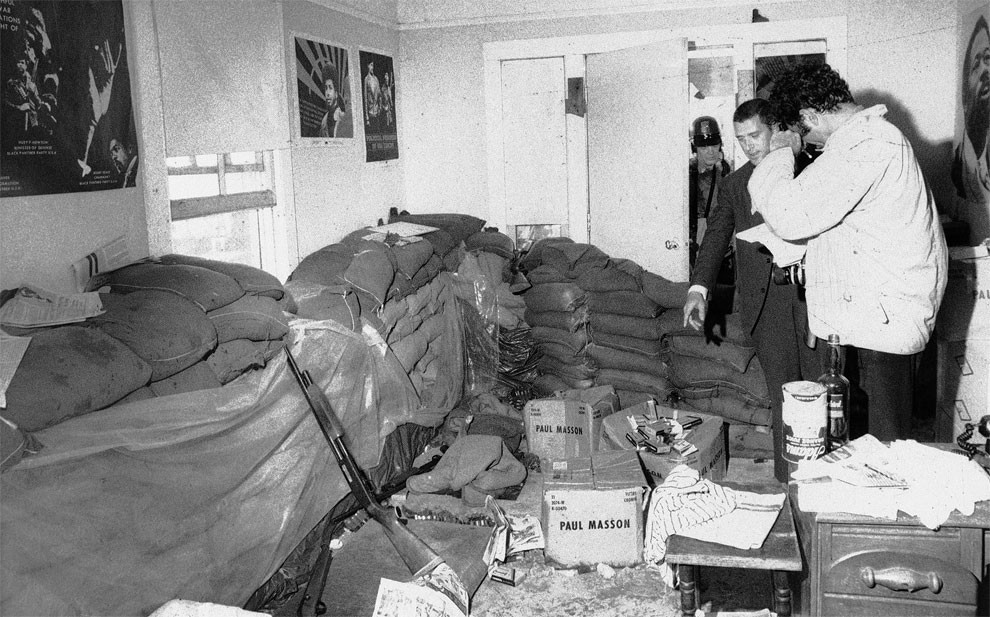 Rifles and shotguns rest behind sandbags that were left inside the Black Panther headquarters following a shootout in New Orleans, September 15, 1970. At right a reporter rubs his eyes from the effects of tear gas that was used by police during the incident. (Photo by AP Photo/JP) 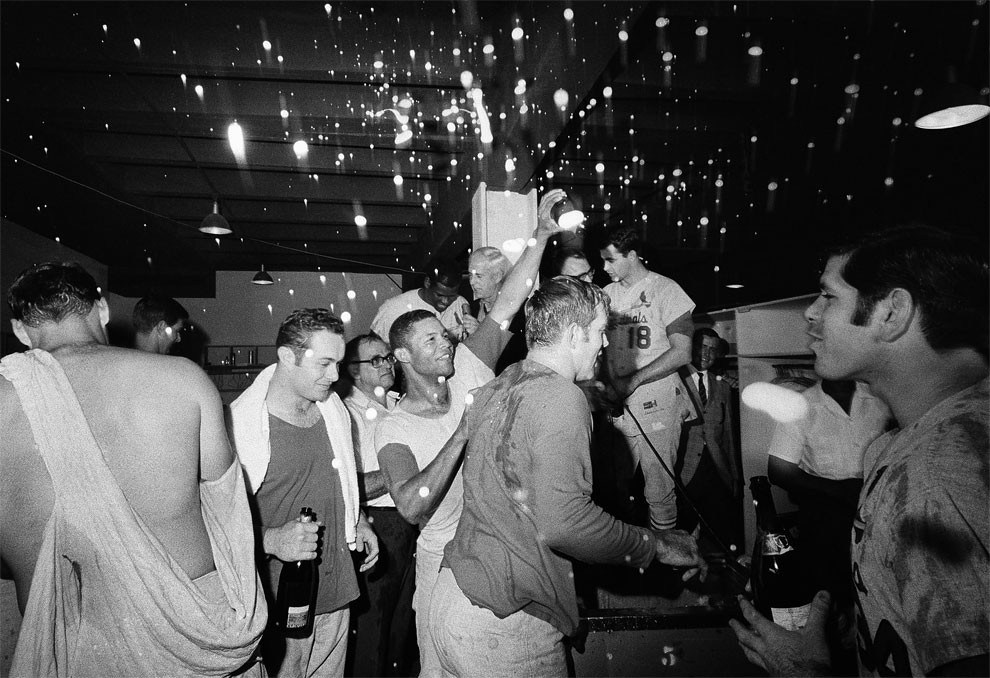 Woman Hilariously Recreates More Ridiculous Instagram Photos Posted By Celebs
Fabulous Photos of Ewa Aulin in the 1960s and ’70s
A Few Interesting Photos From The Past
"Les Amies de Place Blanche": Captivating Portraits Of Paris Transsexuals In The 1950s
This Woman Quits Her Job To Pursue Her Dream Of Travelling, And Here’s Where She’ve Been
"Mumbai Stories": Photographer Tarun Khiwal Perfectly Captures Traditional Indian Bridal Fashion With Modern Aesthetic
Cool Snaps That Show Bedroom Walls In The 1980s
People Blend Themselves In With Vinyls
Gisele Bundchen for Vogue France, June-July 2012
The Unique Hairstyles of Jean-Michel Basquiat
Terrific Images Reveal The Vulnerable Beauty Of Abandoned Cars That Have Been Left To Rust Over The Years
'Stacked' Space Station Photos Highlight Star Trails
Failed Animals Panoramic Photos That Are Worse Than You’d Think
Australia’s Silo Murals Make a Road Trip an Art Odyssey
Girls and Boys With Their Color-Coded Things
Overweight Woman Spends 11 Years Photographing Her Body
Photographer Karen Jerzyk Turns Abandoned Spaces Into Surreal Fairy Tales
2015 National Geographic Traveler Photo Contest – June Selects
Sad and Happy Moments on the Photos of Boris Register
Photo of the Day: A Leopard Walks With Its Head Stuck
This Photographer Took One Family's Photo In The Same Way Each Year For 23 Years
"Blow Job": Strong Air To Face Photoshooting By The Photographer Tadas Cerniauskas
Brutalist Cityscapes Of Shanghai In Stunning Photo Works By Aaron Shao
If You Take A Selfie Through A Toilet Roll Tube, You’ll Look Like The Moon
photos, september