As 2020 joined the pantheon of years pivotal in history, the nominees for the 64th annual World Press Photo Contest are a reflection of those remarkably difficult 12 months.

In rewarding professional photo journalists for the best images of visual journalism, whether entered as singles or stories, judges asses their accurate, fair, and visually compelling insights about our world.

“In an unprecedented year marked by the COVID-19 pandemic and social justice protests around the globe, the nominees share a diversity of interpretations and perspectives to these and other urgent issues such as the climate crisis, transgender people’s rights, and territorial conflicts,” explained the organization. 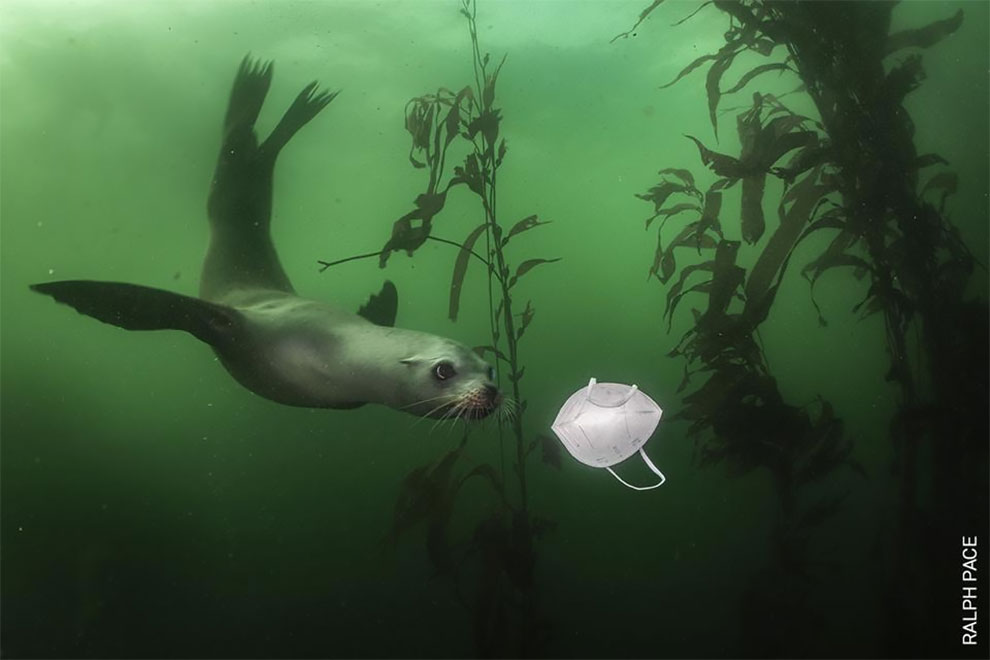 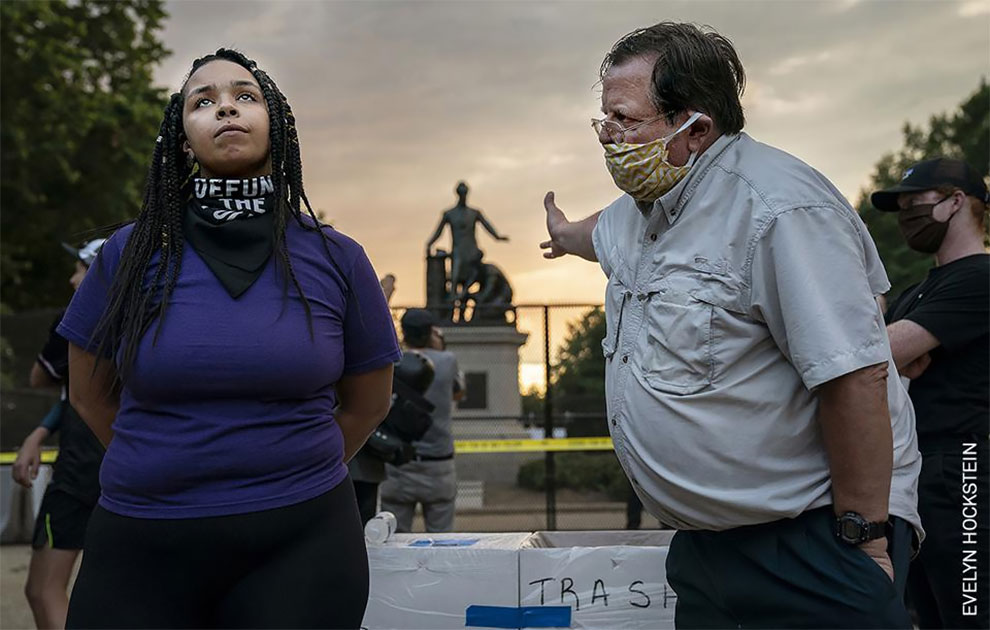 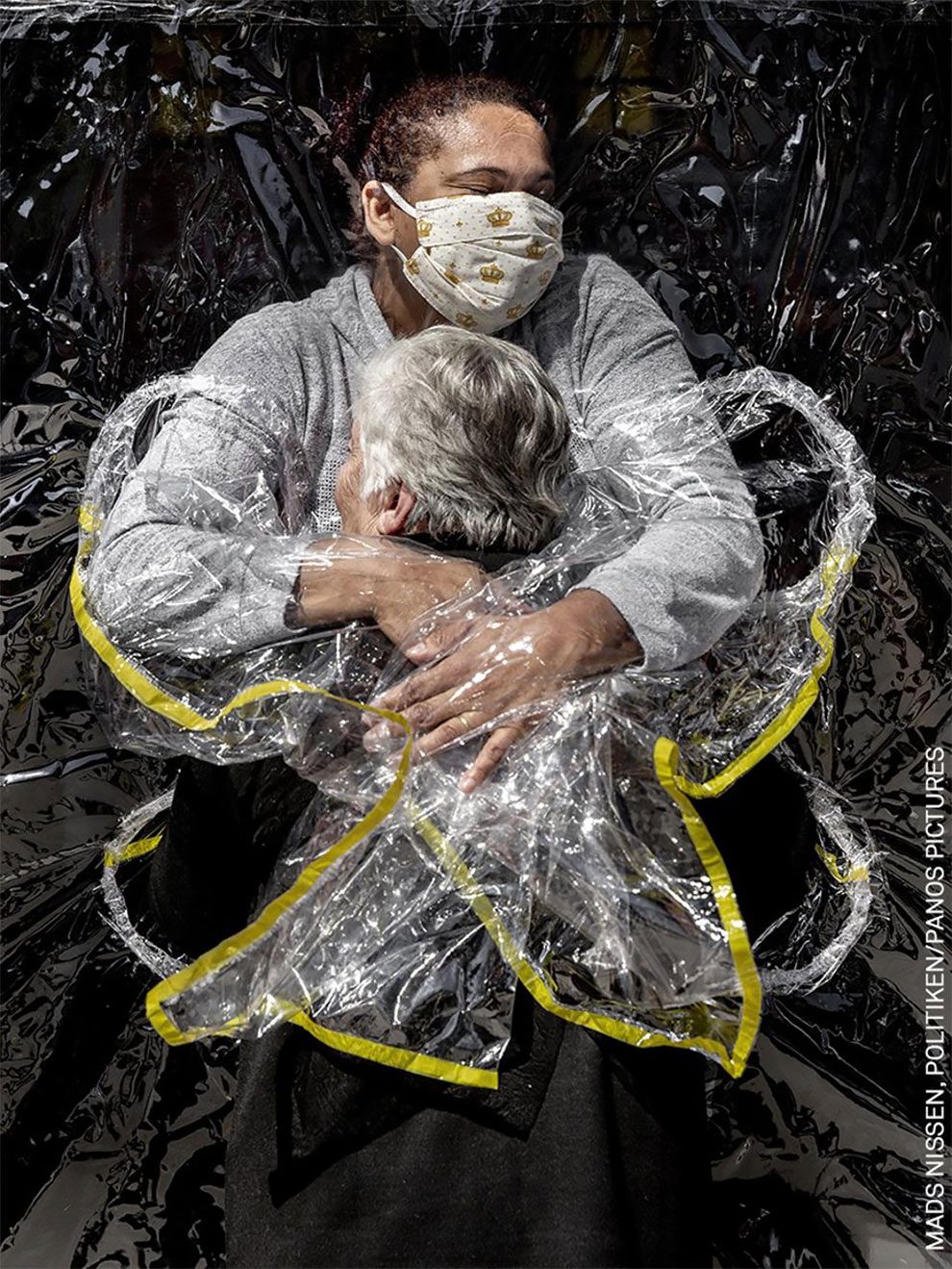 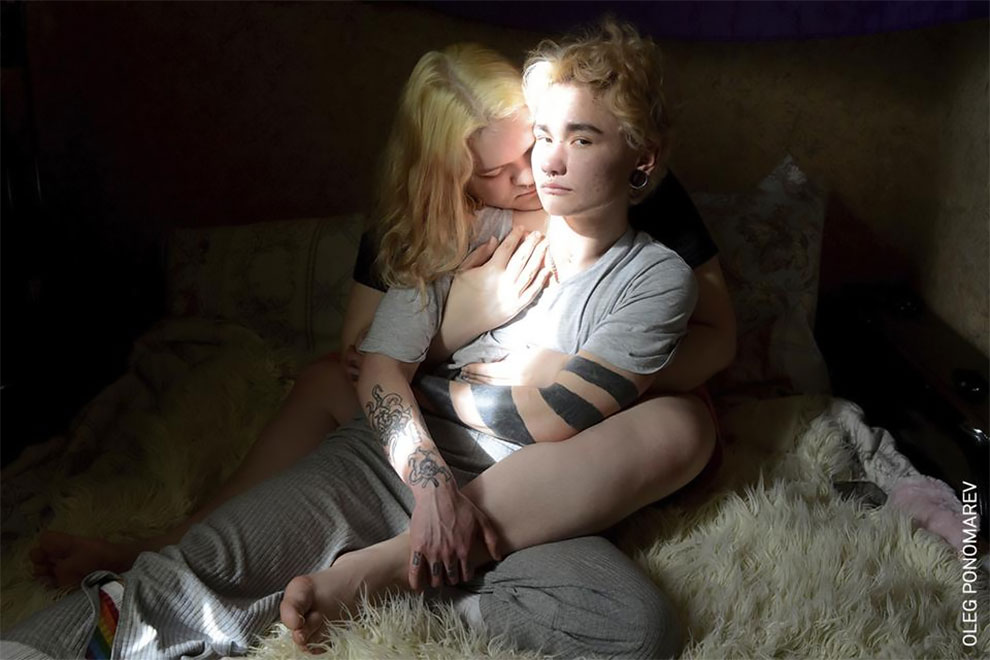 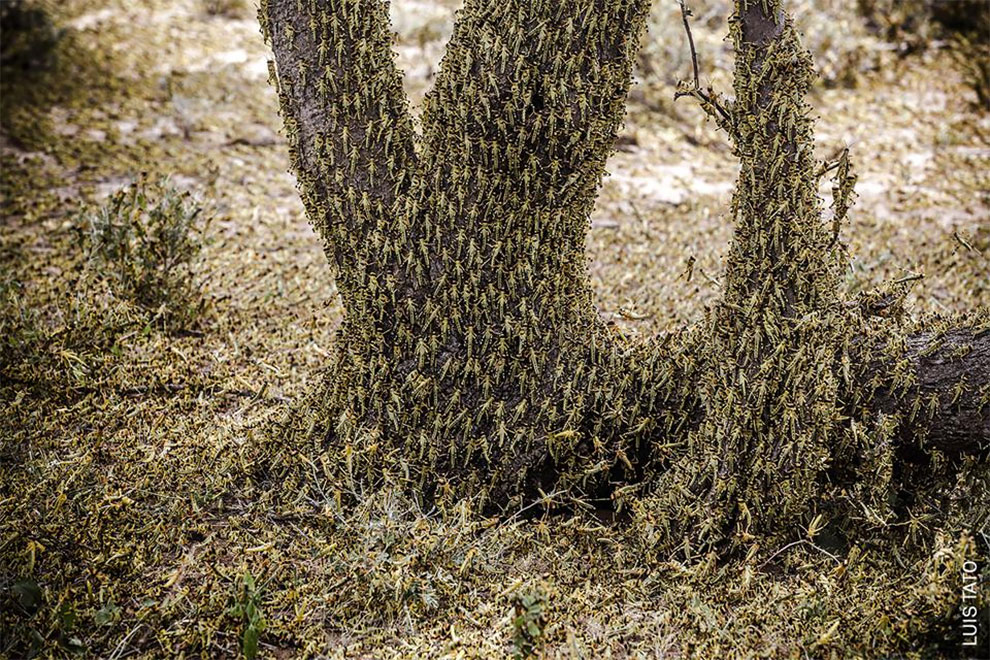 Fighting Locust Invasion in East Africa, Photo of the Year Nominee: a massive swarm of locusts in Kenya on April 24 ravaged large areas just as the coronavirus outbreak had begun to disrupt livelihoods. PHOTO:LUIS TATO, SPAIN, FOR THE WASHINGTON POST – WORLD PRESS PHOTO 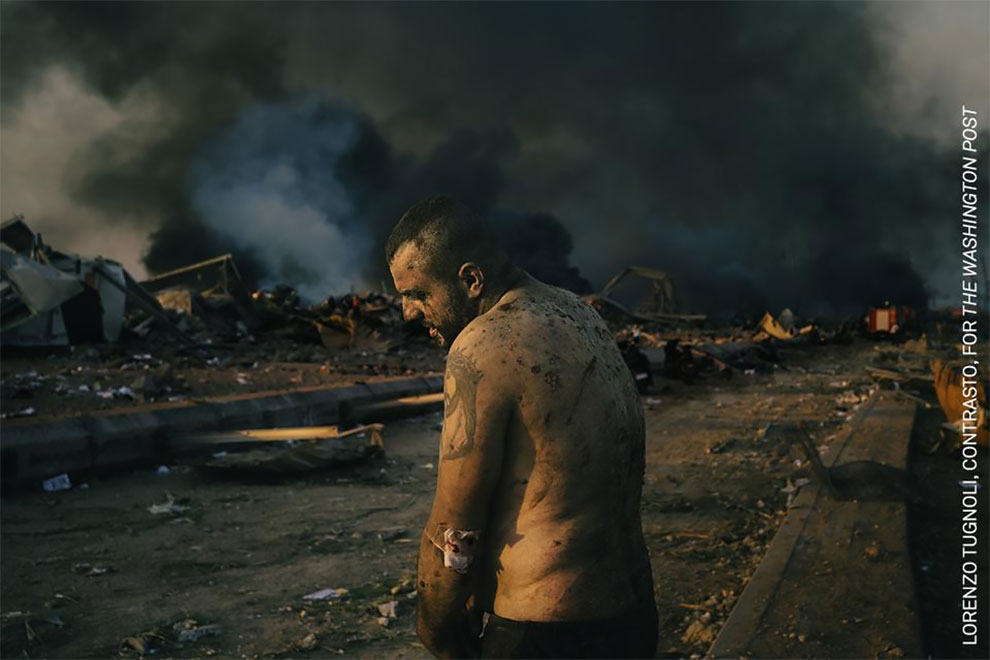 Injured Man After Port Explosion in Beirut, World Press Photo of the Year Nominee: An injured man stands near the site of a massive explosion in the port of Beirut, Lebanon, while firefighters work to put out the fires on August 4. PHOTO: LORENZO TUGNOLI, ITALY, FOR THE WASHINGTON POST – WORLD PRESS PHOTO 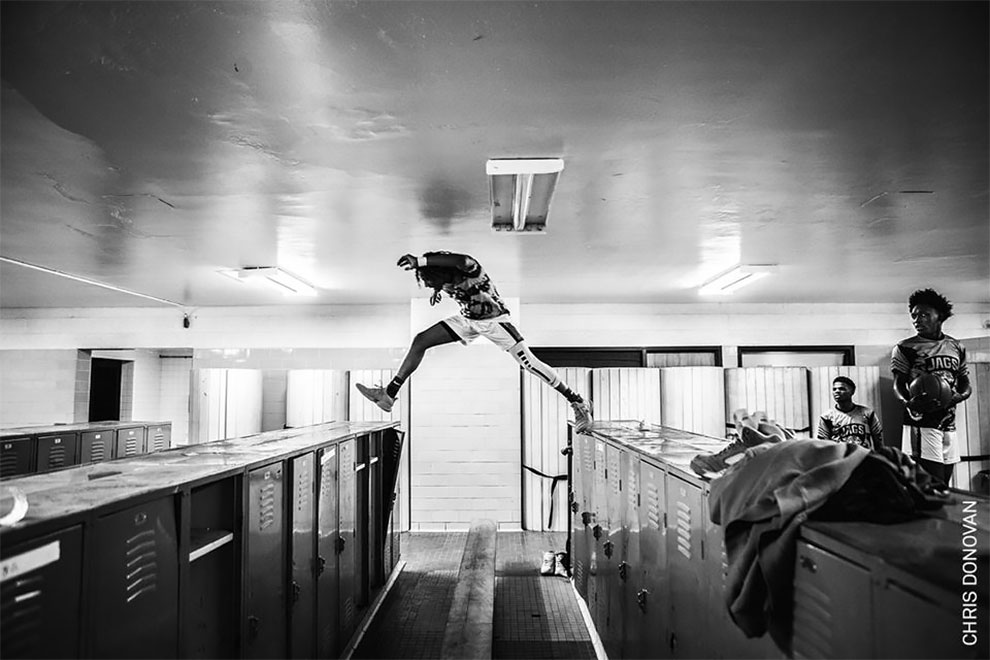 Those Who Stay Will Be Champions, Press Photo Story of the Year Nominee: Flint Jaguars team star Taevion Rushing jumps from one locker to another before the last regular season game of his high school basketball career, on February 24, 2020. PHOTO: CHRIS DONOVAN, CANADA – WORLD PRESS PHOTO 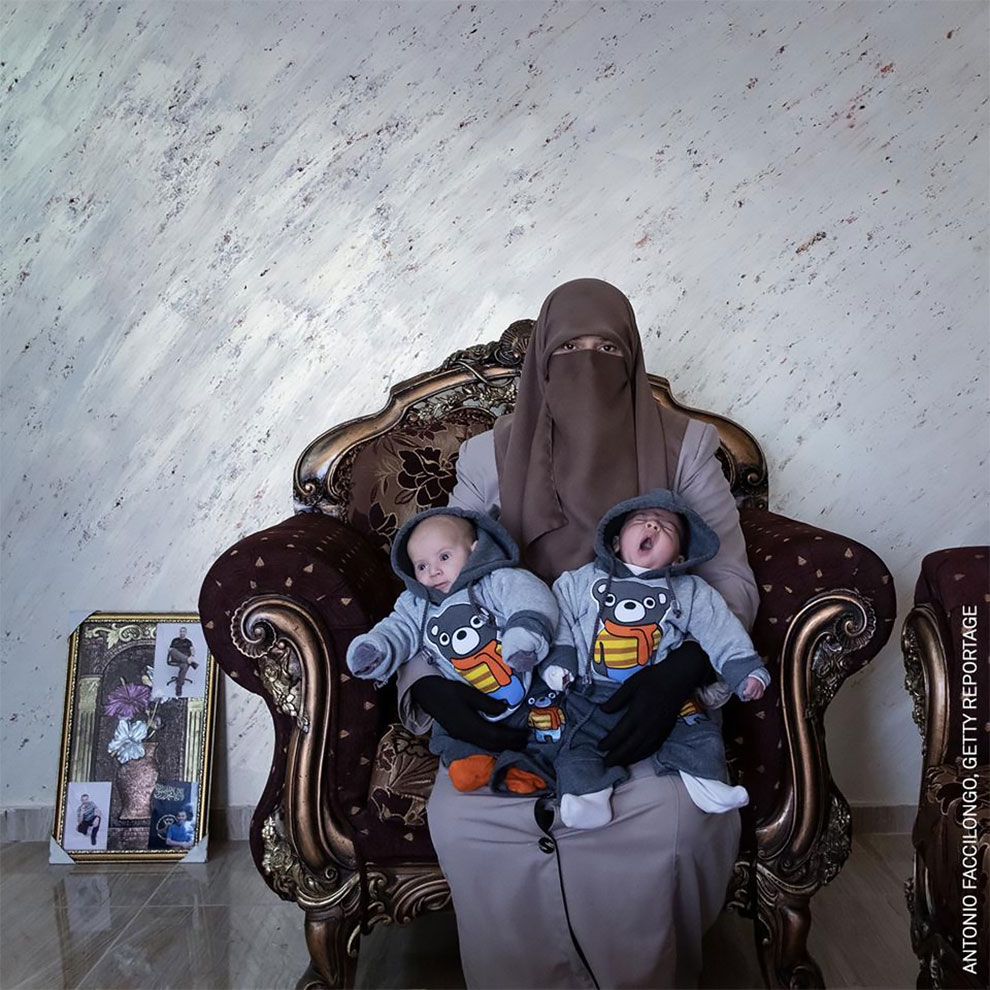 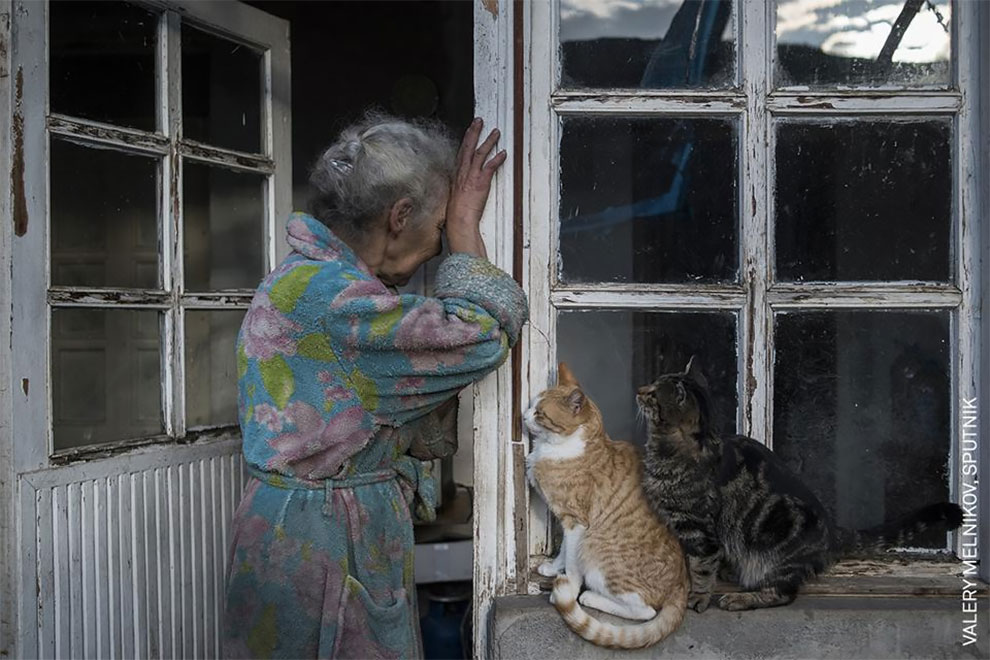 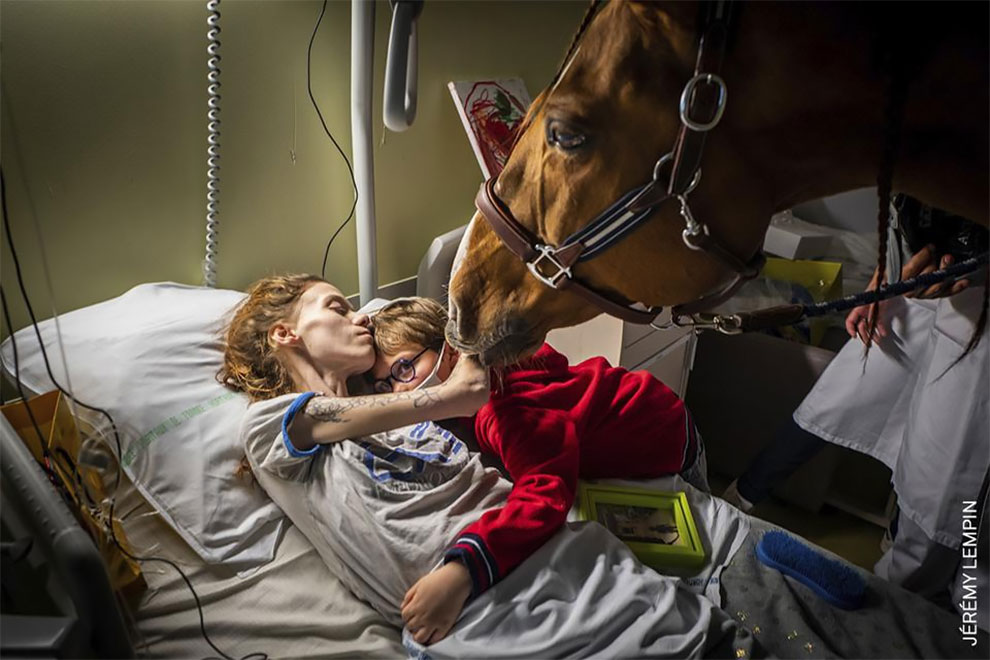 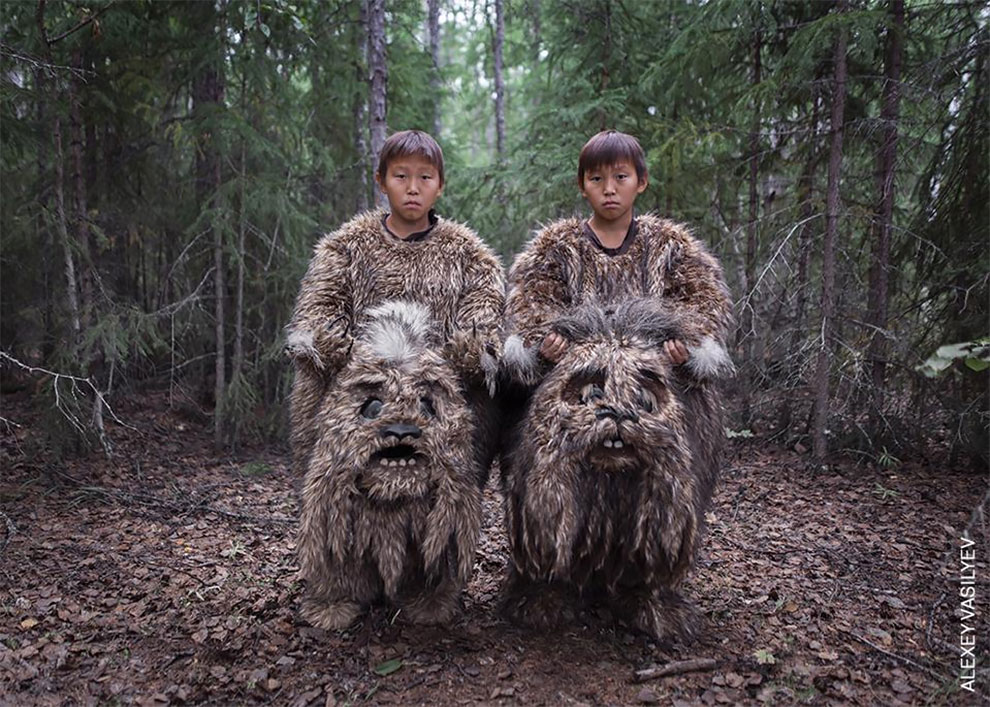 Temple and Half-Mountain, Environment Nominee: Buddhist temple occupies one half of a mountain, while the other has been carved away by heavy machinery mining for jade, in Hpakant, Kachin State, Myanmar, on 15 July. PHOTO: HKUN LAT, MYANMAR – WORLD PRESS PHOTO 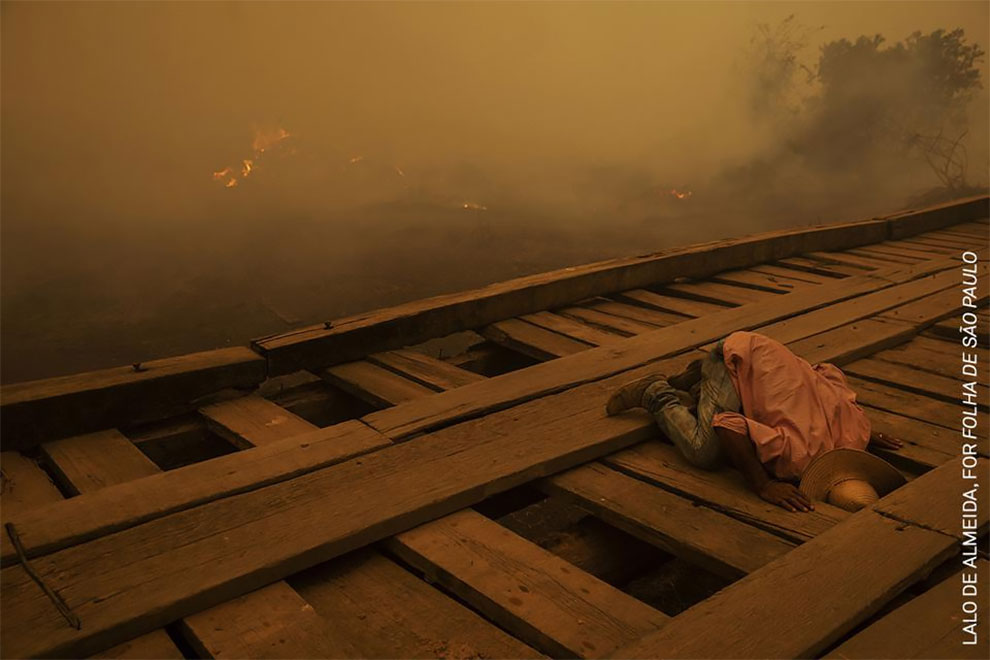 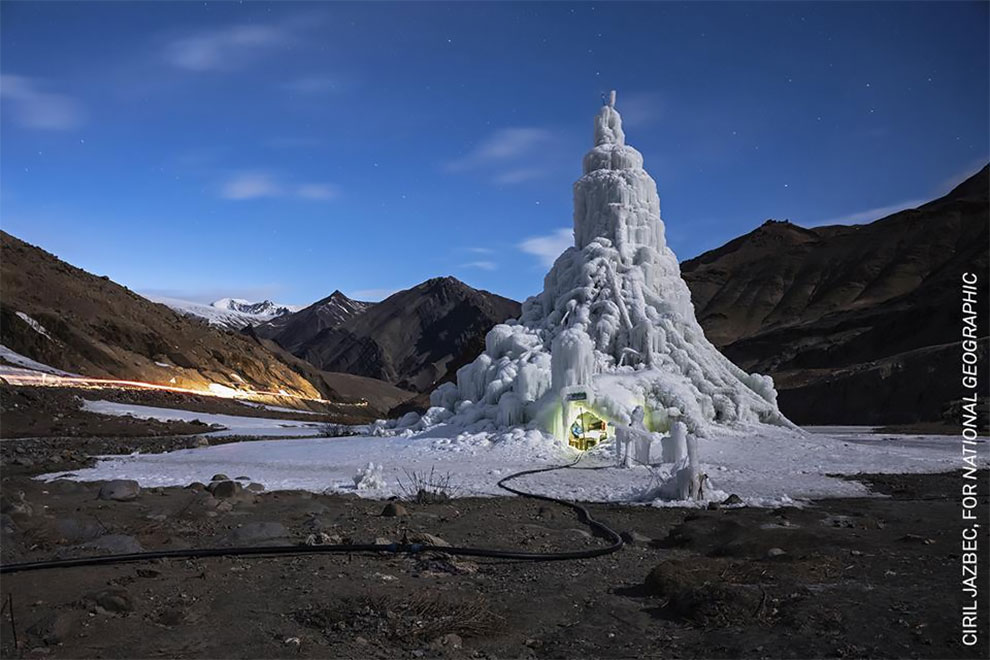 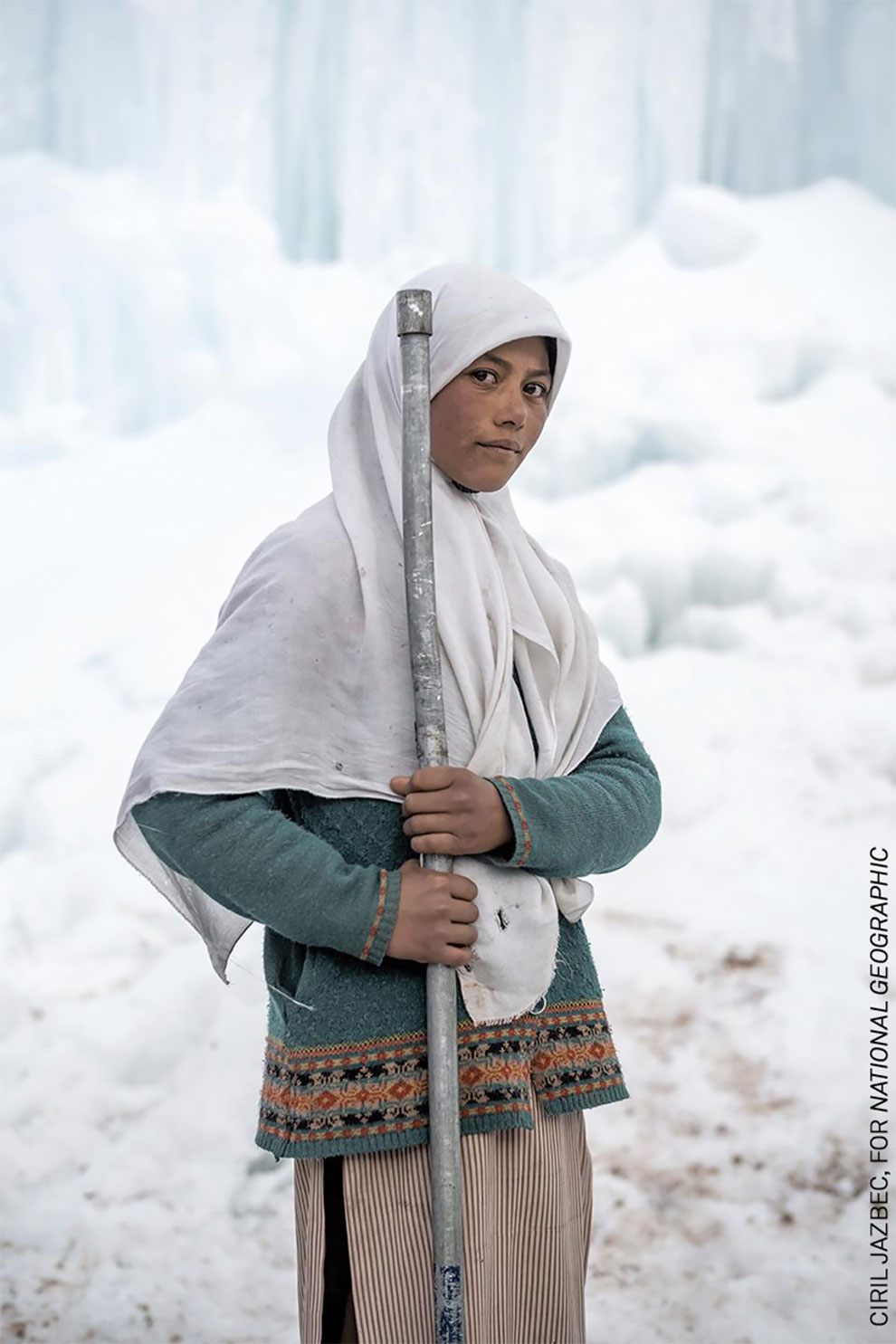 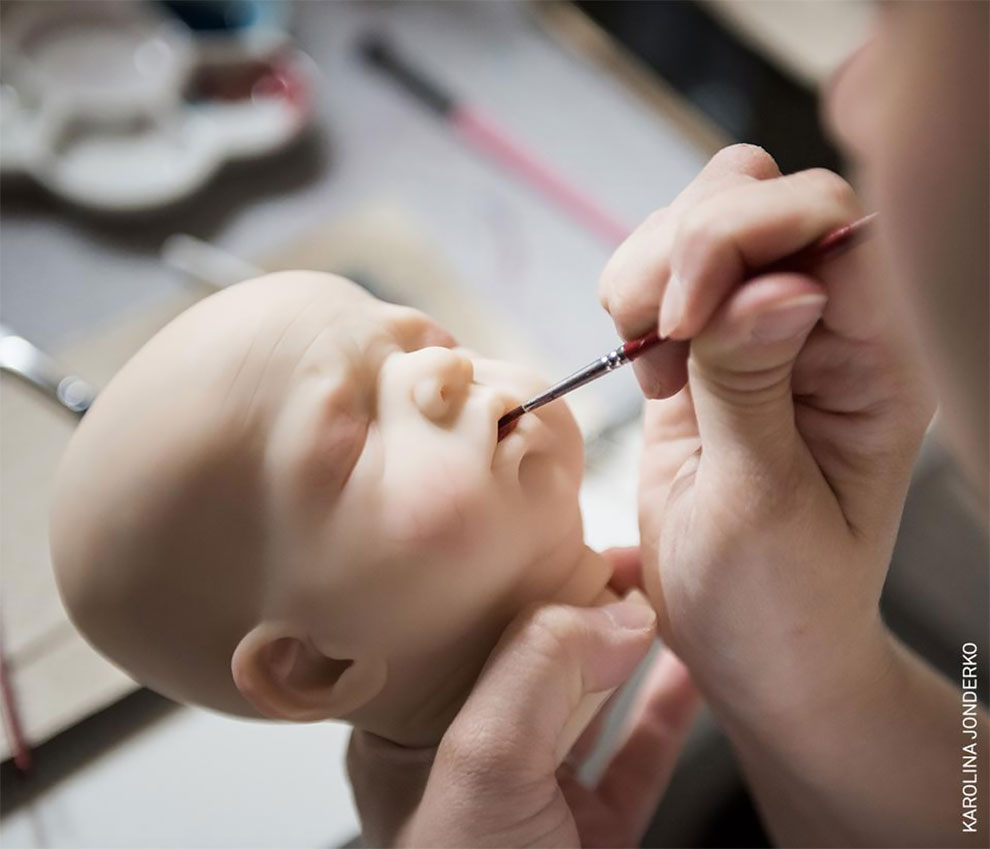 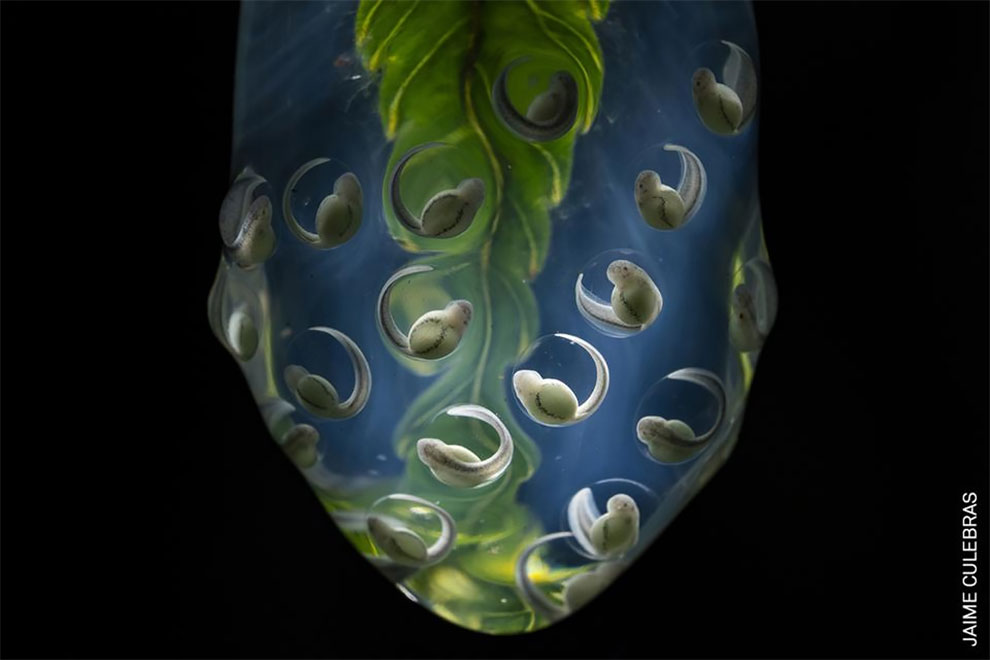 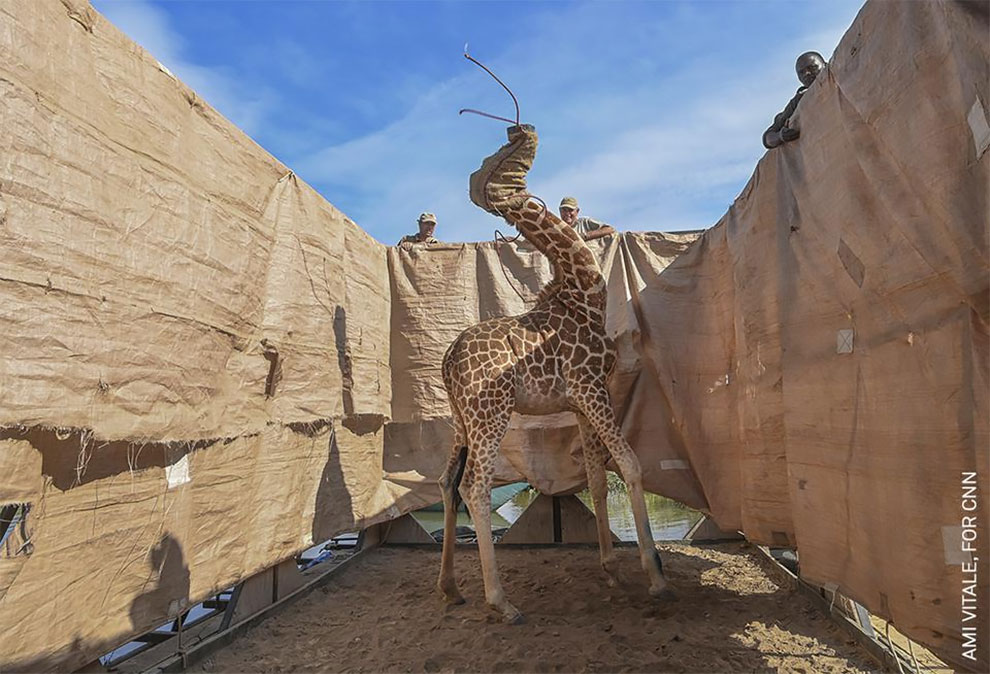 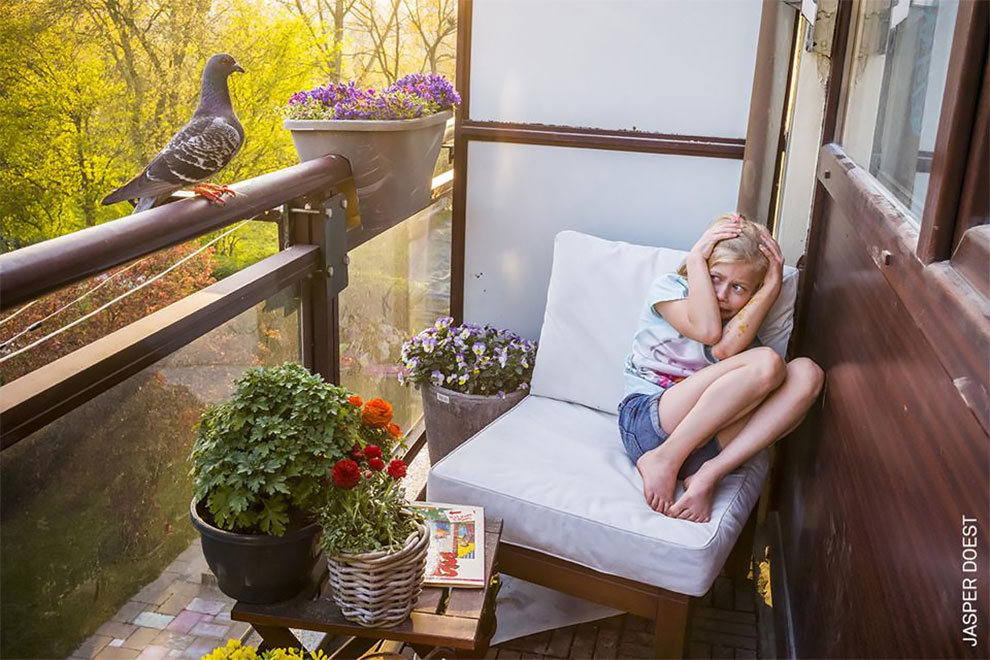 Pandemic Pigeons – A Love Story, Nature Stories nominee: A pair of feral pigeons befriended the photographer’s family, who were isolated in their apartment in Vlaardingen, the Netherlands, during the COVID-19 pandemic. PHOTO: JASPER DOEST, THE NETHERLANDS – WORLD PRESS PHOTO 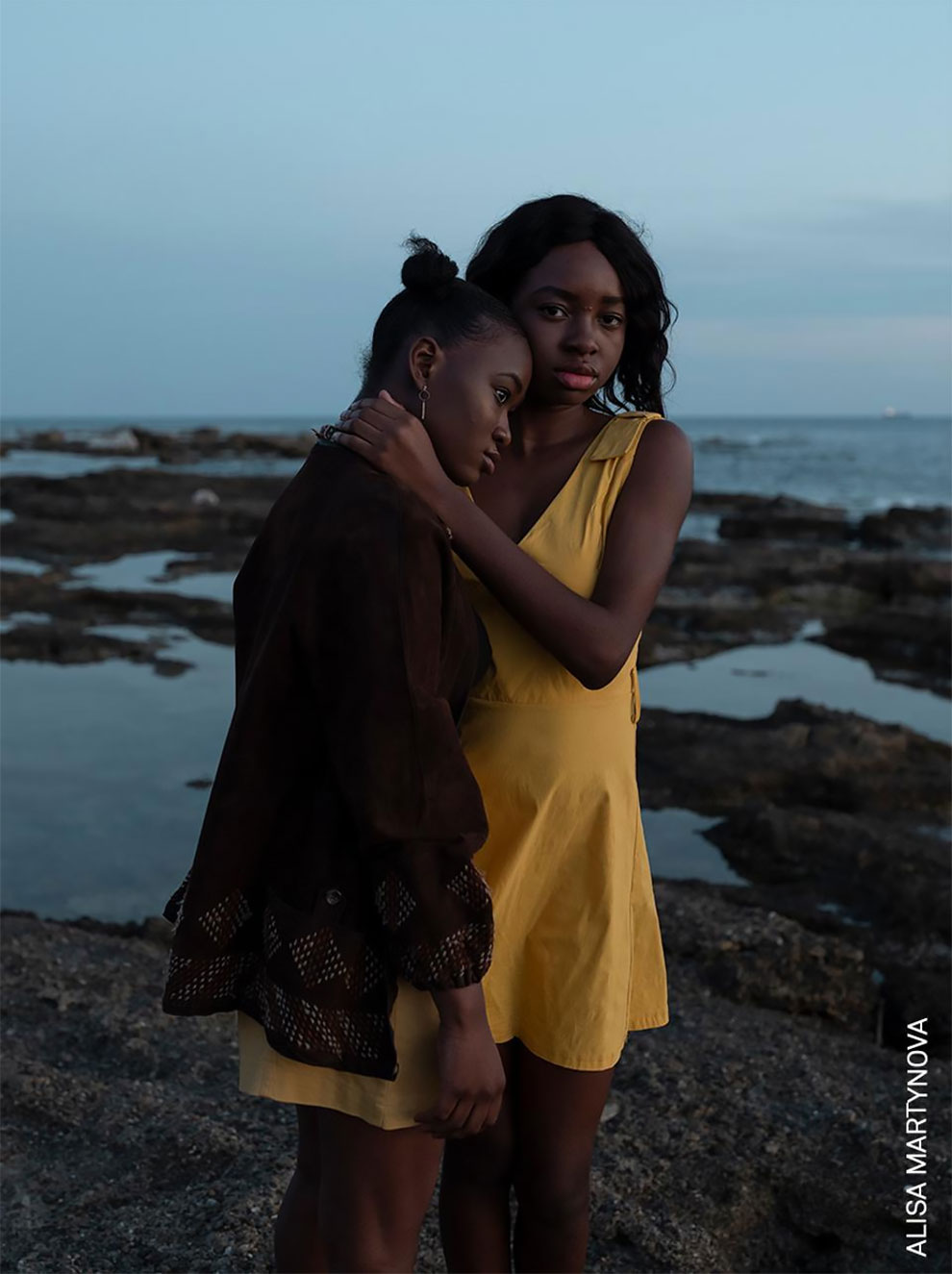 Nowhere Near, Portrait Stories nominee: More than one million immigrants from Africa officially reside in Italy, as well as an unknown number of undocumented migrants, many of whom have made a perilous and often life-threatening journey to get there. PHOTO: ALISA MARTYNOVA, RUSSIA – WORLD PRESS PHOTO 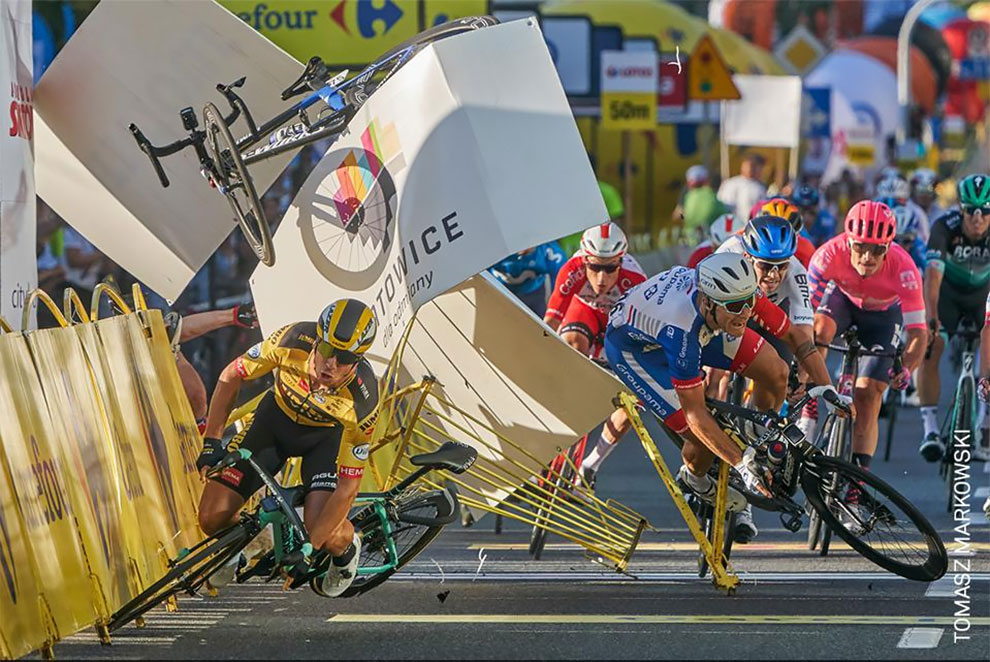 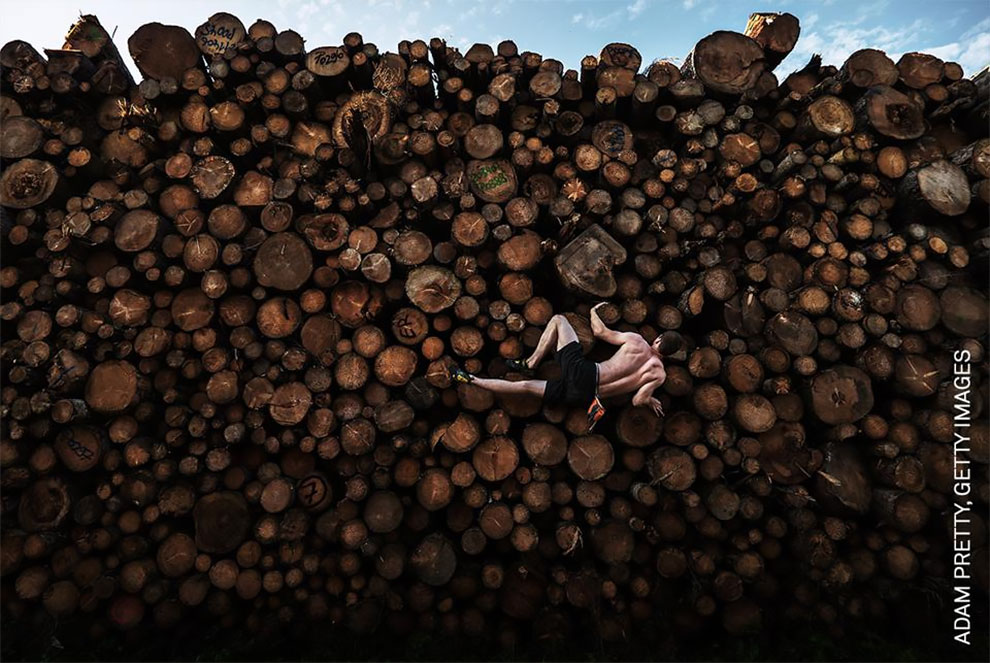 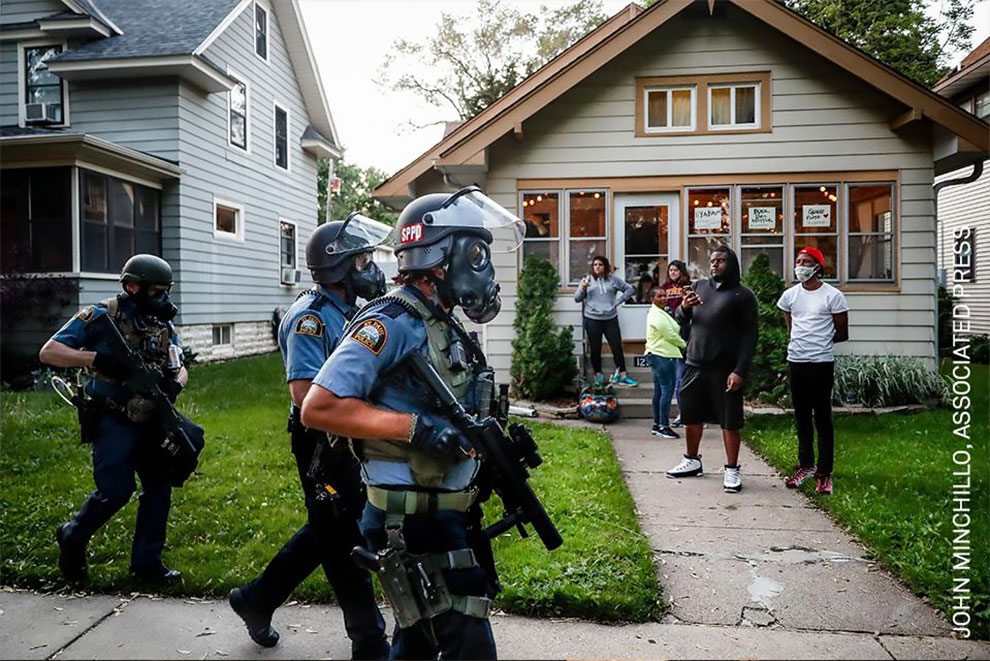 Heartwarming Photos of KISS Posing with Their Parents in 1977
For the Record: Photography & the Art of the Album Cover
World’s Largest Rubber Duck Comes to Hong Kong
Breathtaking Portraits Reveal The Haunting Beauty Of Russian Ballet Dancers By Irina Yakovleva
"Mystery Meat": Photographer Portrays Fast Food In A Ghastly New Light
Artist “Completes” Clouds By Adding Silhouetted Shapes To Them, And The Results Are Beautiful
Rob Greenfield Dumpster Dives to Save the World from Food Waste Fiasco
Glamorous Photos Of Marilyn Monroe Photographed By Ed Clark In 1950
The Best 16 Photos Of The Wildlife Photographer Of The Year 2021
Breathtaking Winning Images of The 2021 Drone Photo Awards
I'm Not a Look-alike!
"Toy Stories": Gabriele Galimberti Captures Portraits Of Children And Their Toys Around The World
A Look Back On the French Capital Nearly 100 Years Ago Through The Lens Of Photographer Jean Pierre Yves-Petit
The Delicious & Mouthwatering Vegan Food Photography By Andy
Dreamy Photographs Of Young Women Taken By David Hamilton From The 1970s
Milou van Groesen for W Magazine Korea, May 2012
Church Forests of Ethiopia: Photographer Captures the Amazing Phenomenon of the Ethiopian Spiritual Community
In Search Of Adventure: Wonderful Travel-Inspired Photo Works Of Ryan Resatka
Here Are Some Of The Coolest National Geographic Photos That Were Never Published
31 Stunning Black And White Photos Of Europe In The Fifties Through A Soldier‘s Lens
Kids at Home and at Play by Tim MacPherson
People Are Submitting Their Best Painting Recreations To This Dutch Instagram Account
Neon, Moody And Cinematic Nightscapes Of Shanghai And Beyond By Victor Chiang
Censorship Tells the Wrong Story
contest, nominees, press, world