The Lexus Hoverboard In Photos 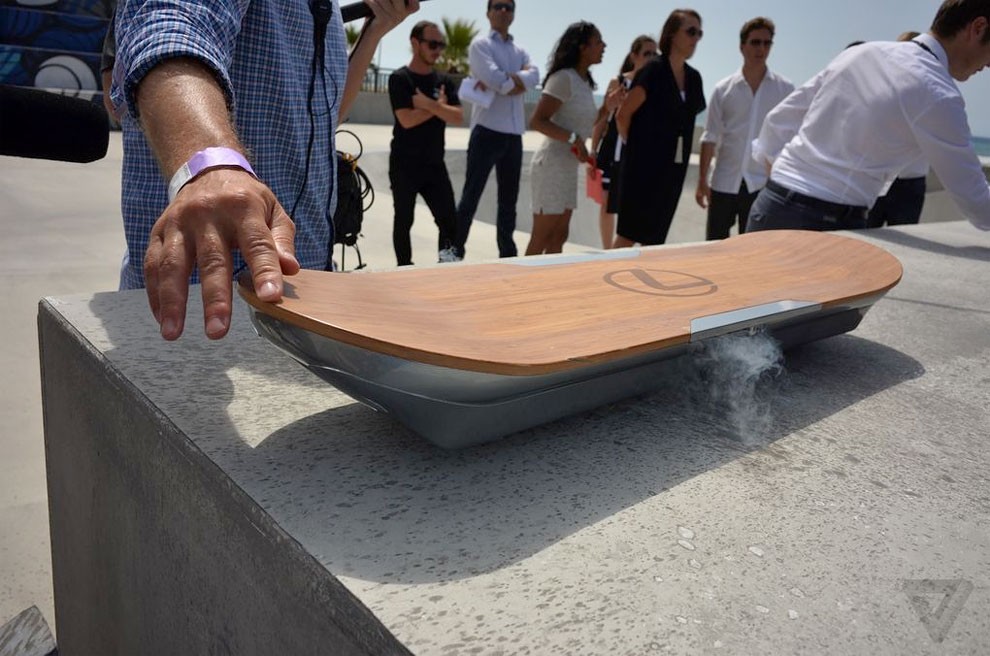 According to Sam Sheffer of The Verge: “Last month, Lexus invited The Verge out to Spain to see and ride its actual, functional, honest-to-goodness hoverboard. The board — about 20 pounds of wood, plaster, and science — was created for an ad campaign, and works with a combination of liquid nitrogen-cooled superconductors and magnets. It levitates about an inch and a half above the ground until the nitrogen evaporates, a process that takes 15 to 20 minutes depending on the weather.” 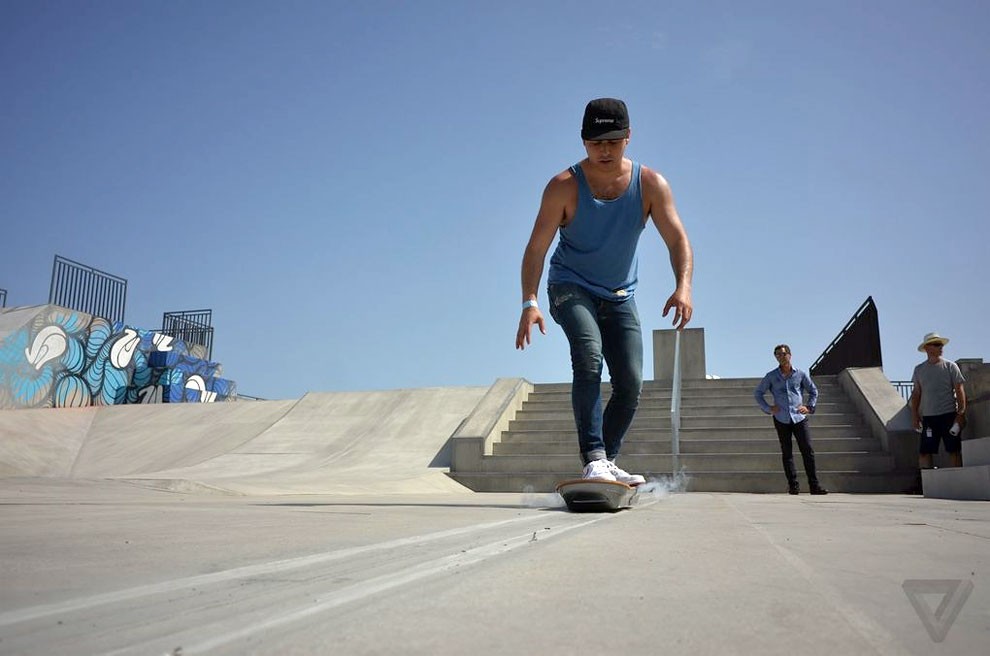 “I had the chance to ride the board, but in the few minutes I had with it, I managed to hover for just few feet at a time. Balance proved to be quite a challenge — because of the way the board works, it acts sort of like a tightrope and wobbles from side to side, which is a problem you don’t need to deal with on a traditional skateboard.” 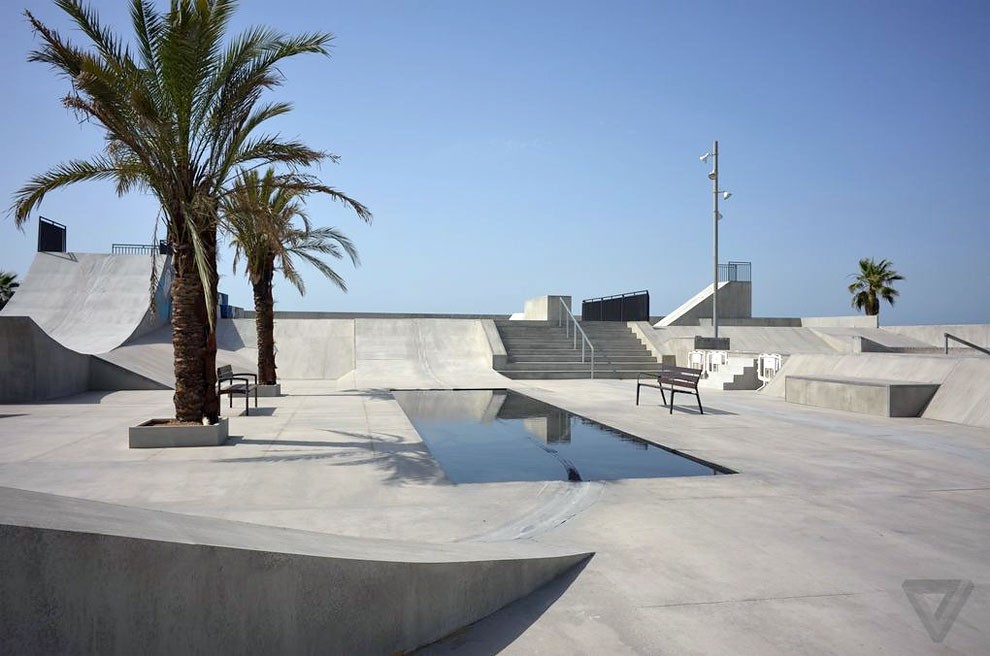 “Sadly, this isn’t the hoverboard the world expected to get after watching 2015-era Marty McFly in Back to the Future Part II. Sure, it works — but it’s not for sale, and even if it were, it’d be more trouble than it’s worth. Still, it just looks cool, and I had a blast trying it out.” 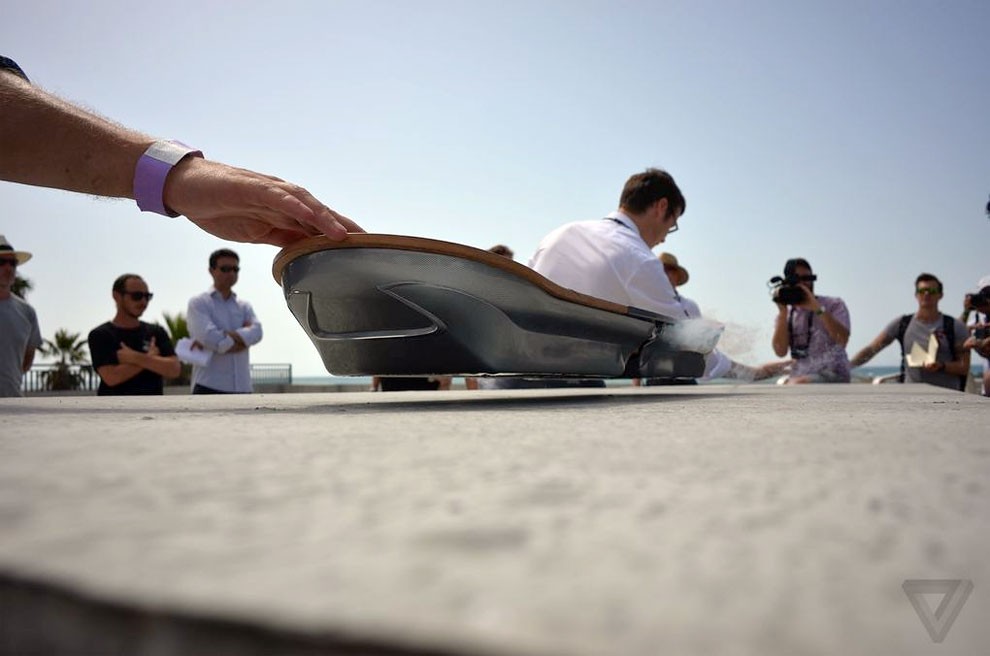 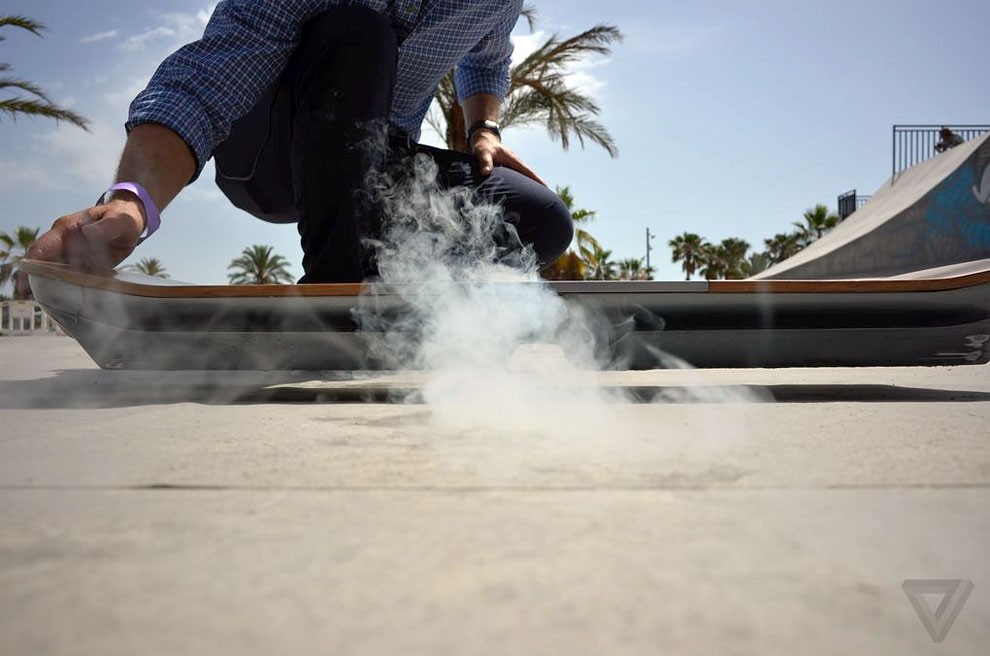 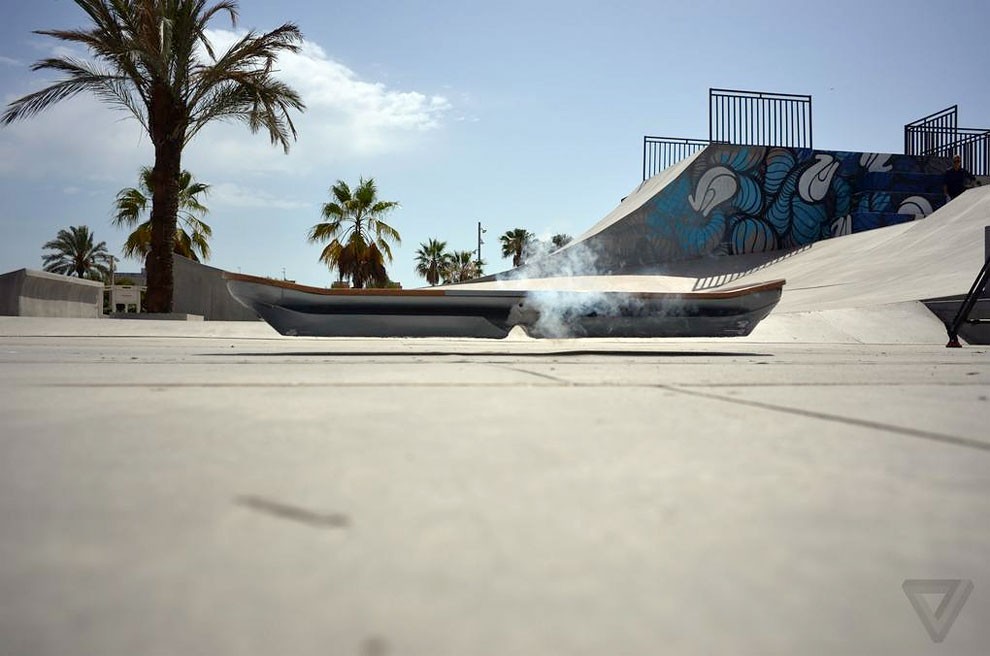 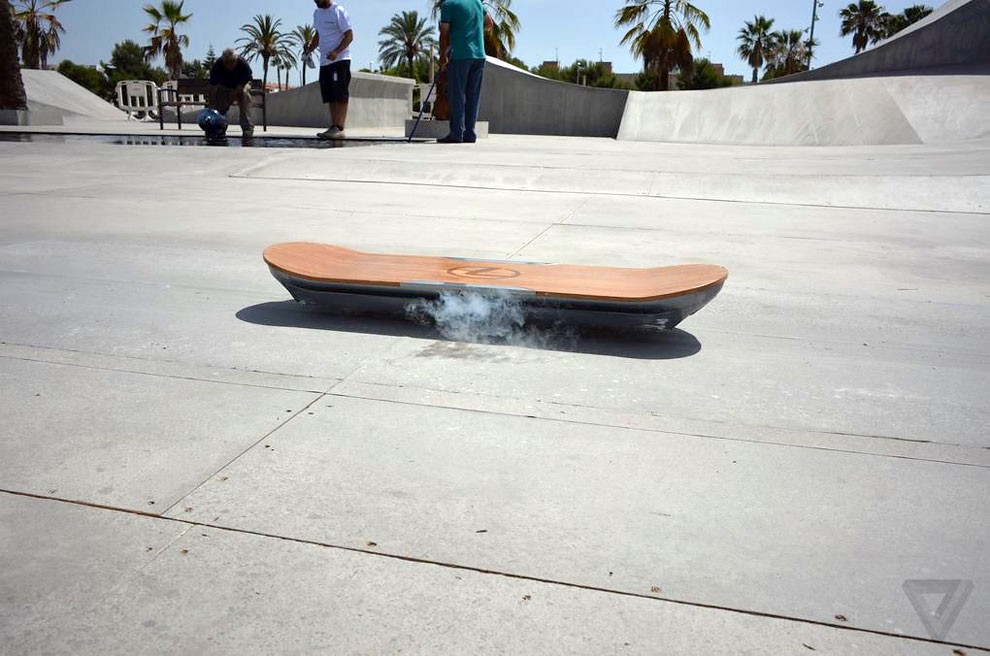 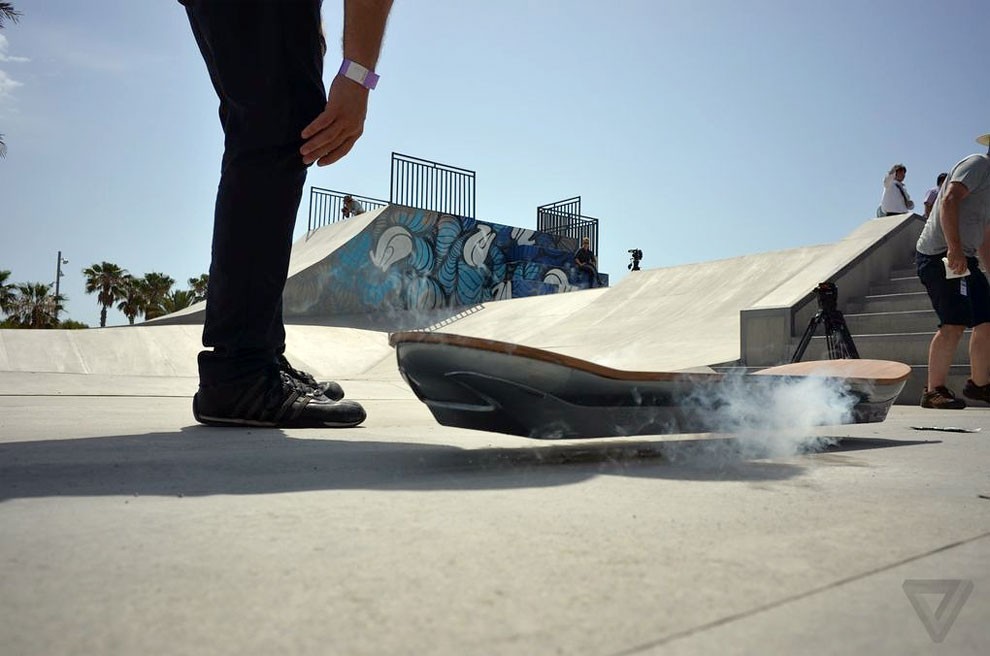 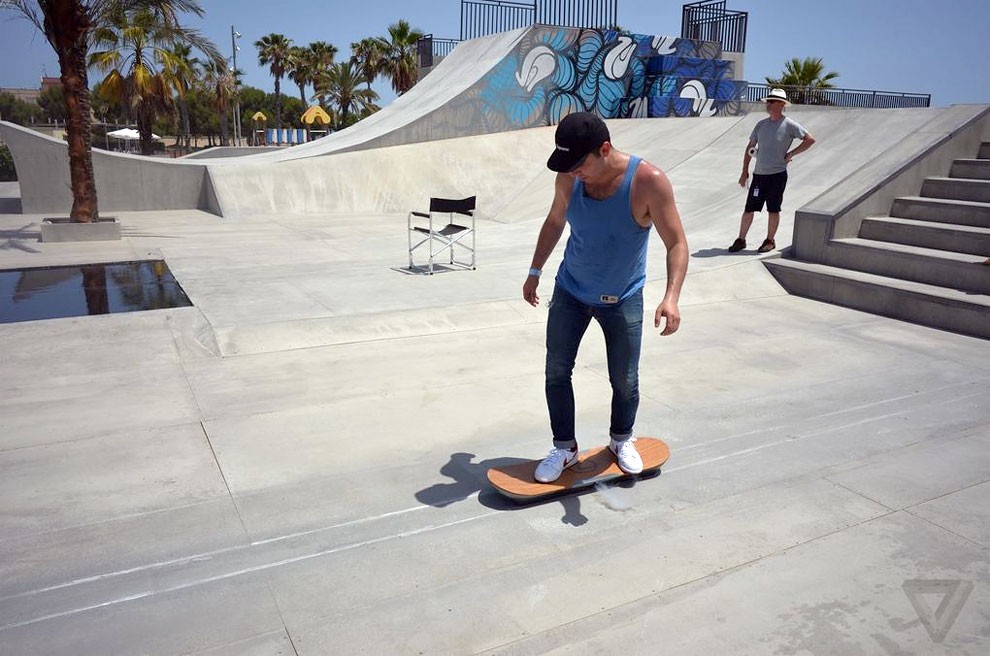 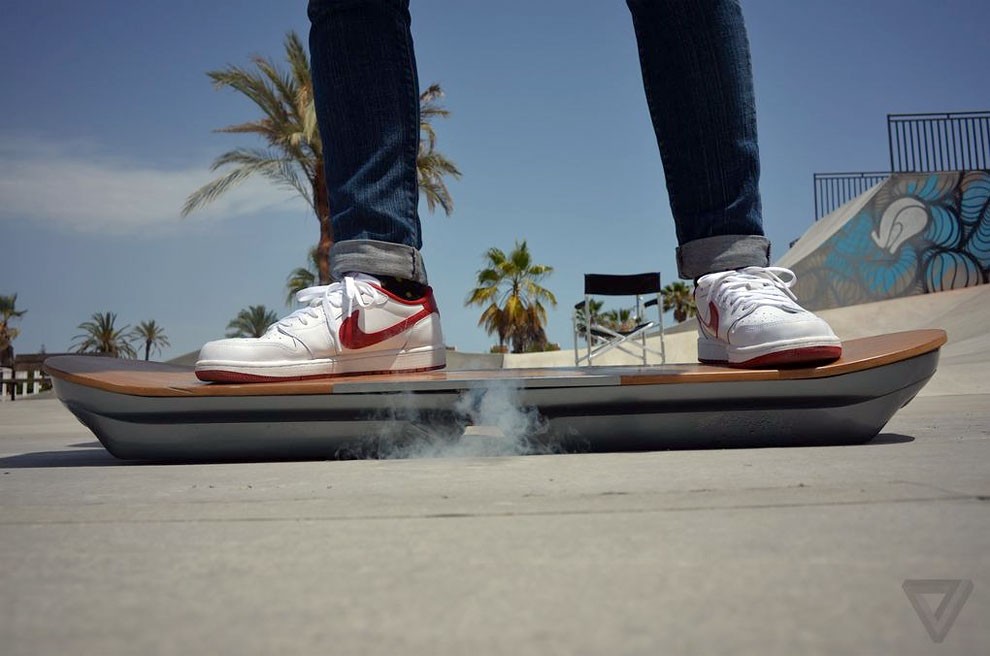 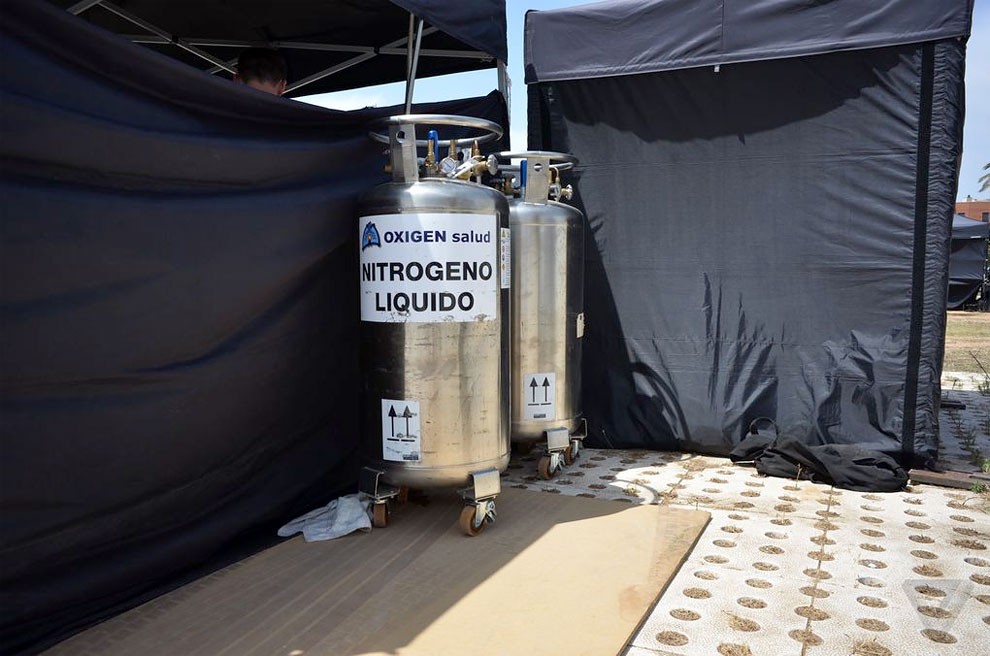 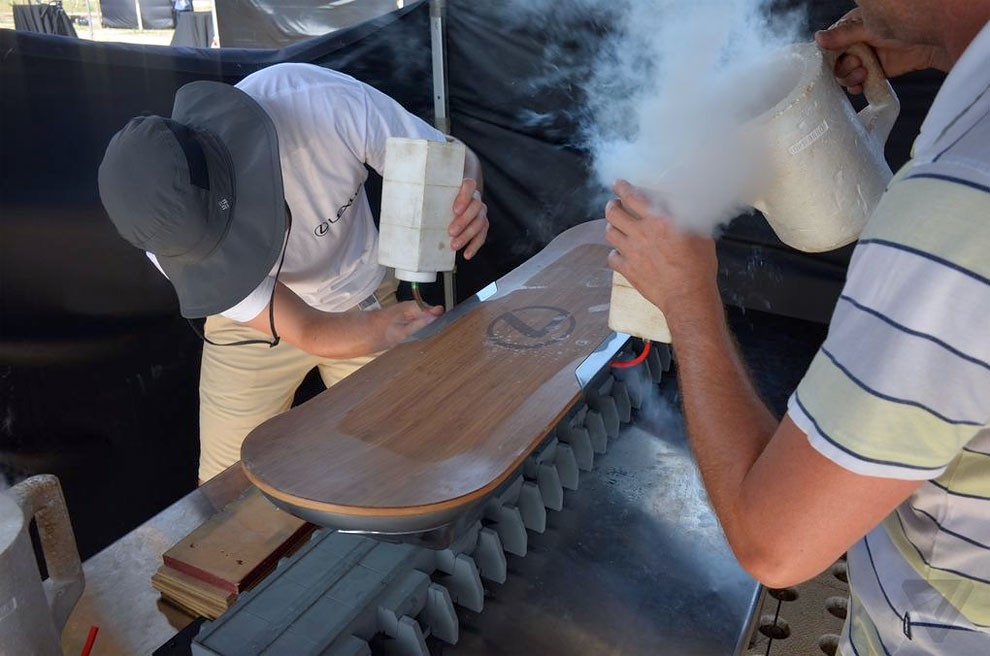 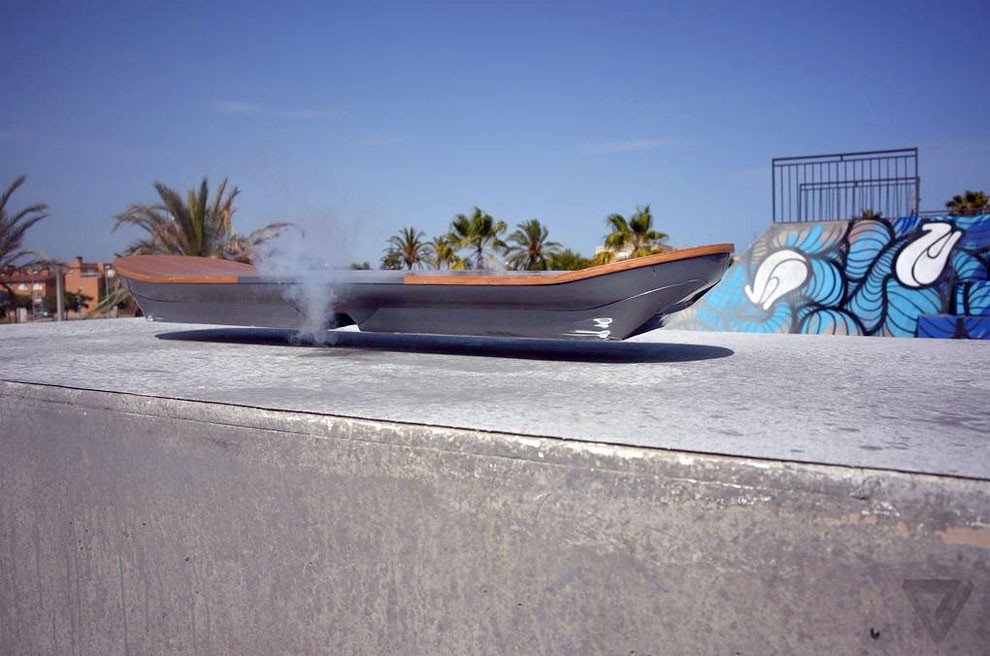 Beautiful Aerial Photos Of The Blue Salt Fields, Shark Bay, Australia
Photos Of Beautiful US Marine Wives on “Jane Wayne Day”
An Apple-Inspired Concept Smart Home Hub That Looks And Feels Like A Cat
1964 General Motors Bison Concept: The Future Looked So Awesome!
Bewitching Photos Of Late-Night Tokyo That Look Like A Movie
Burning Man 2018 Mega-Post: Awesome Photos From The World’s Biggest And Craziest Festival
10 Photos Of Carrie Fisher Promoting "Return Of The Jedi" At A Rolling Stone Magazine Beach Shoot, 1983
31 Stunning Black And White Photos Of Europe In The Fifties Through A Soldier‘s Lens
These Photos of Squirrels Playing Will Totally Make Your Day
The Future Imagined in Albert Robida’s "La vie électrique," 1890
Breathtaking Photos Of London Town From Above
Closer Than We Think: 40 Visions Of The Future World According To Arthur Radebaugh
The Intelligence Service Owl From Russia
Guy Hilariously Photoshops Himself Into Awkward Stock Photos, Again
A Completely Fascinating Collection Of Historical Photos
Art of Science 2011 Gallery
These Awkward Mid-Century Amateur Modelling Photos
Best Photos of Mountain Summit Contest 2011
Bizarre Vintage Photos Of Steam Engines After A Boiler Explosion From The Late 19th And Early 20th Centuries
1972 Toyota RV2: 'Idea' Car Turns A Station Wagon Into A Recreational Vehicle
Ohio Youth Of The 1970s – Lovely Photos Of Long-Haired Teenage Girls In Dayton From 1974-75
Energy-Saving Lighting System Turns Night Sky Purple in Sweden
Stuning Photos Of A Children's Military Boarding School In The Ukraine
This Futuristic 1966 Ford Ranger II Concept Truck
hoverboard, lexus, photos