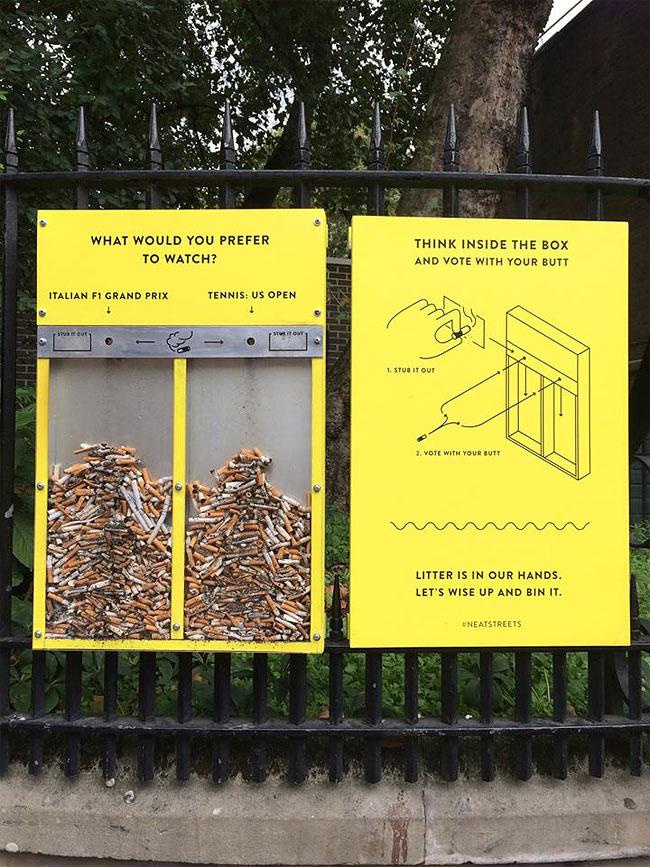 “Normally we encourage people to think outside the box, but not this time…” UK’s Hubbub writes on their website. 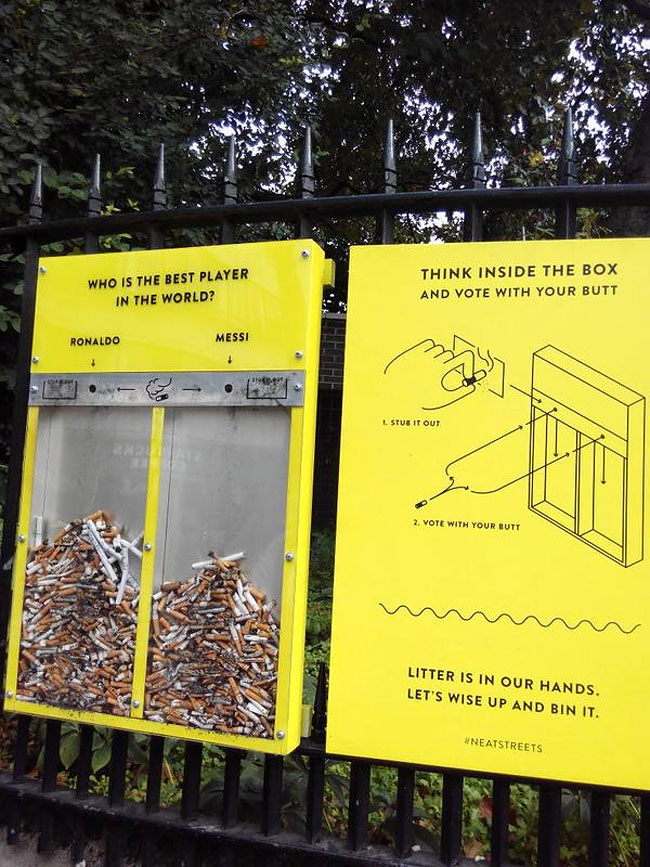 The company, which aims to communicate environmental issues in a relatable way, has started a campaign to “Vote With Your Butt” in an effort to help keep London’s streets free of cigarette butt liter. 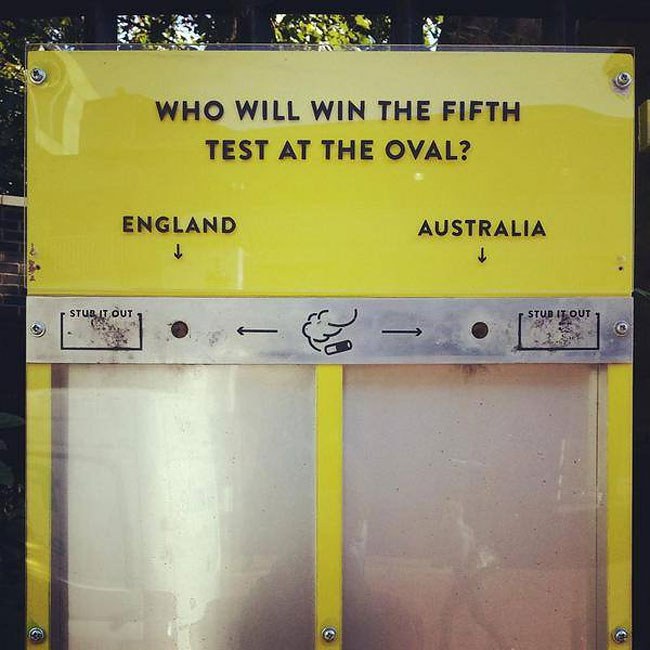 So, rather than toss your cigarette on the ground, voting ashtrays spread around central London pose sports-related questions and put the butts up to a vote. 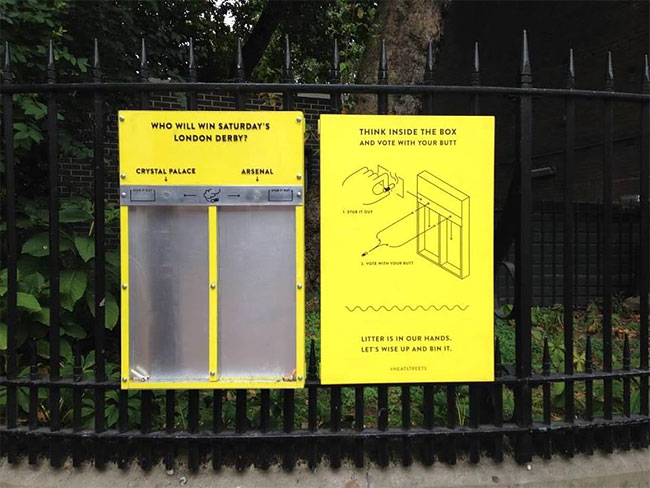 Essentially, the more butts, the more votes — and thus the answers to some of sport’s most debatable questions are revealed. 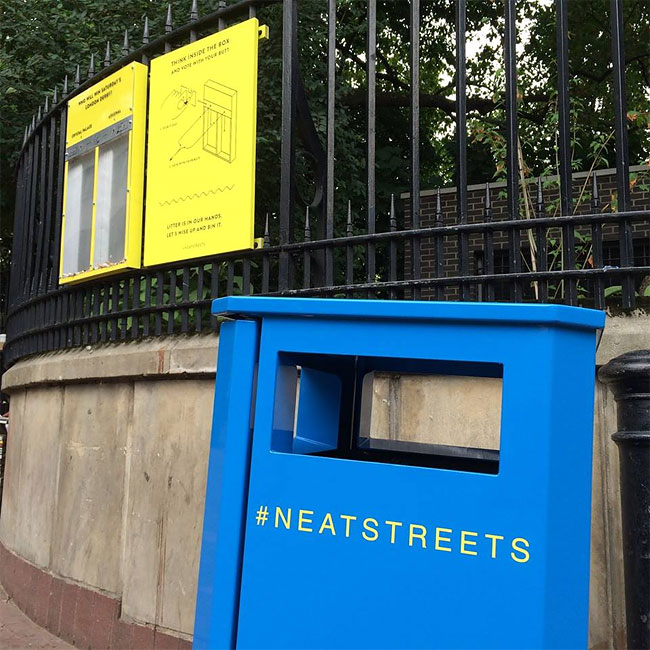 And at the same time, the surrounding environment stays that much cleaner. 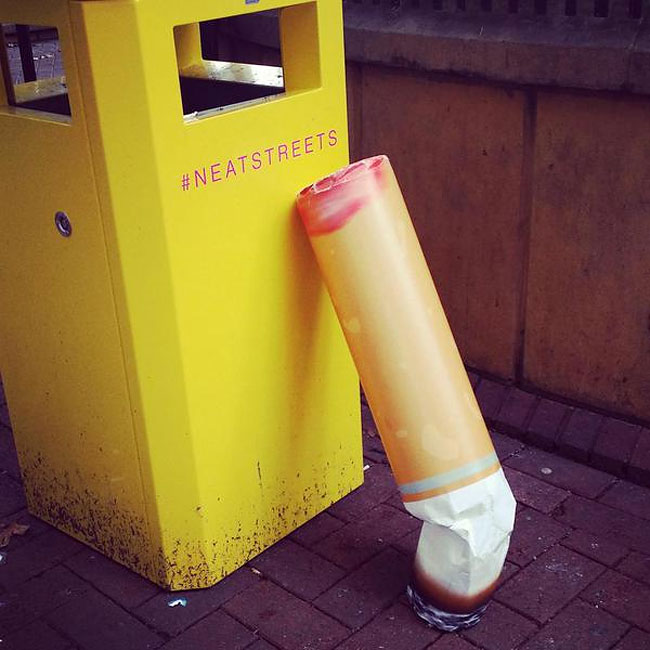 The project is in collaboration with Commonworks, a design studio that specializes in interactive design, moving image, and graphic design, according to their website. 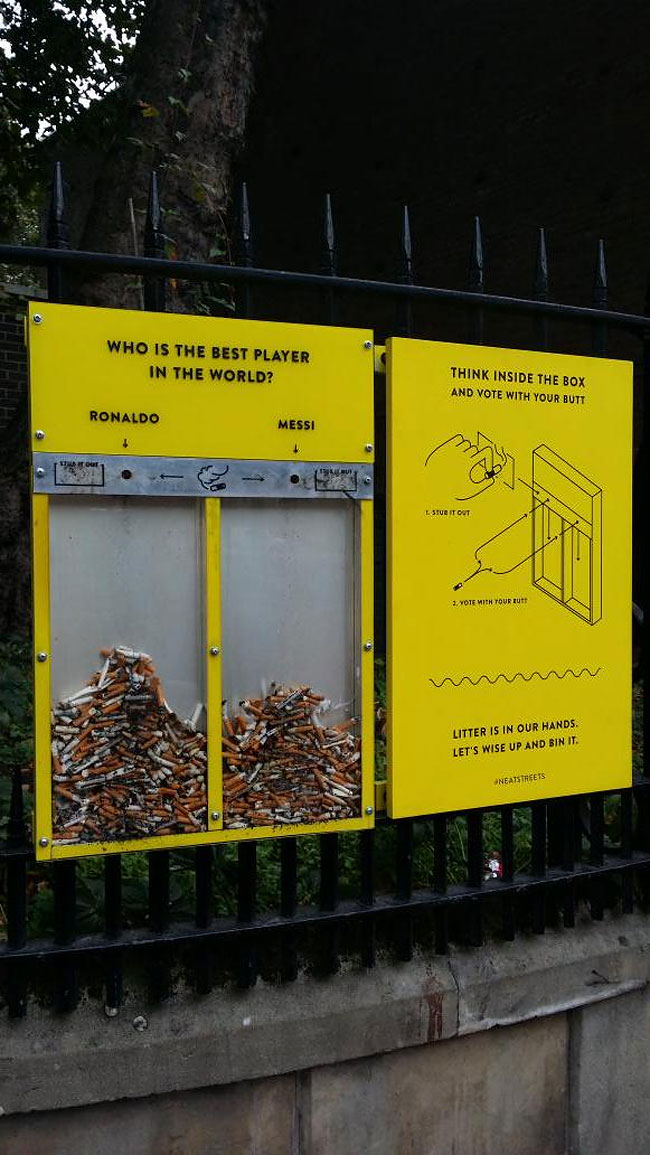 And this isn’t the genius campaign thought up by the collaborators. 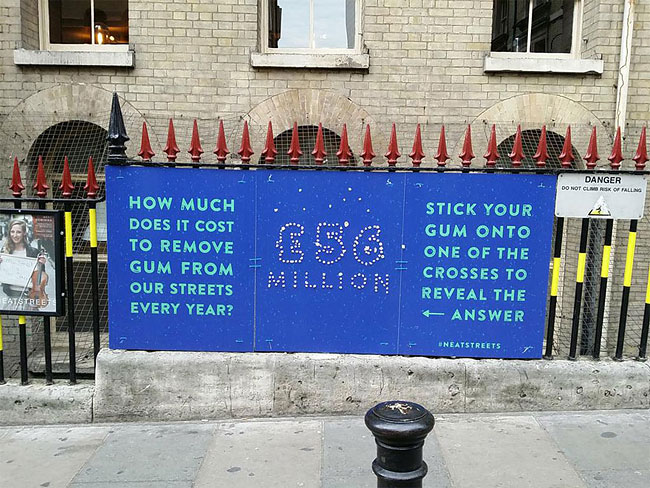 To help keep streets clean from chewing gum, (it costs about $2.30 to remove each piece), Hubbub launched “Chew Is It?“, an installation that reveals an image or fact as more pieces of gum are stuck to it. 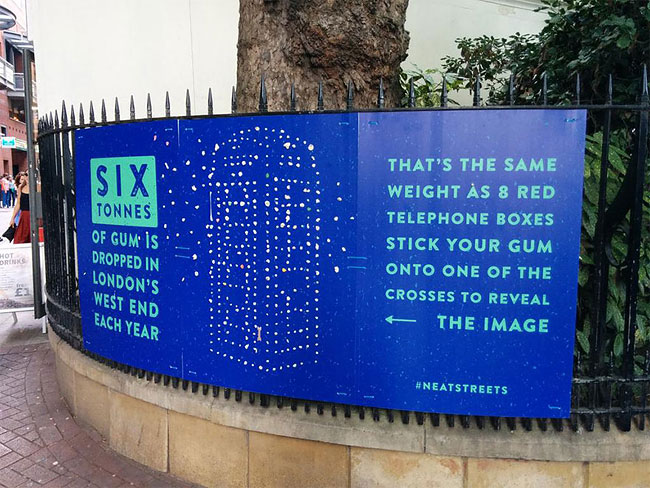 According to Hubbub, “Our public polling discovered that a staggering 86% of people think littering is a disgusting habit yet only 15% of us would actually confront someone and tell them that.” 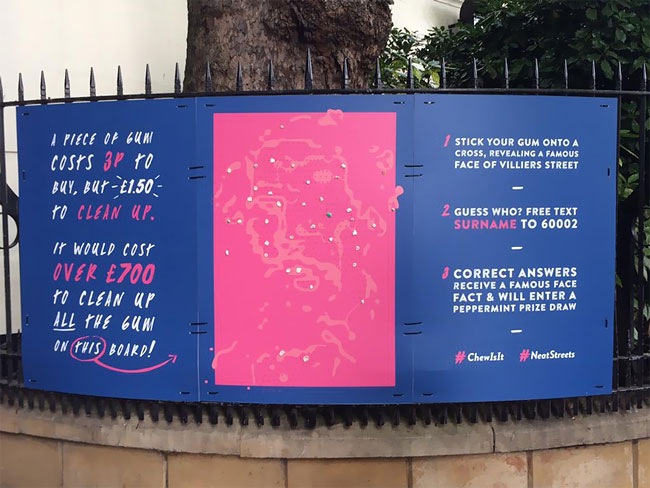 Be sure to follow the #NeatStreets hashtag to support the anti-littering campaign.

Russian Artists Recreate Famous Paintings And Have Much Fun
The Secret Life Of A Savior: Jesus Acting Like A Total Jerk
Enchanting Illustrations And Animated GIFs By Sparrows
Artist Dad Turns His 5-Year-Old Daughter’s Endearing Sayings Into Hilarious Illustrations
Star Wars Spacecrafts Flies Over Rice Fields In Malaysia: An Artist Combines His Love For His Hometown With His Passion To Star Wars
"Children Of The Damned": The Superb Artworks Of Ástor Alexander In Classic Sci-Fi And Noir
Russian Duo Creates Sleek Optical Illusion Portraits That Will Inspire Your Day
An Artist Combines Famous Brands Logotypes With Classical Painting
This Guy Uses Sunsets as Inspiration for Creative Selfies
Artist Reimagined And Illustrated 6 Movie Posters From His Favorite Films
Source of inspiration since 2007. Proudly hosted by WebHostingBuzz.
Privacy Policy · Terms of Service · Content Removal Policy 🇺🇦 ❤️