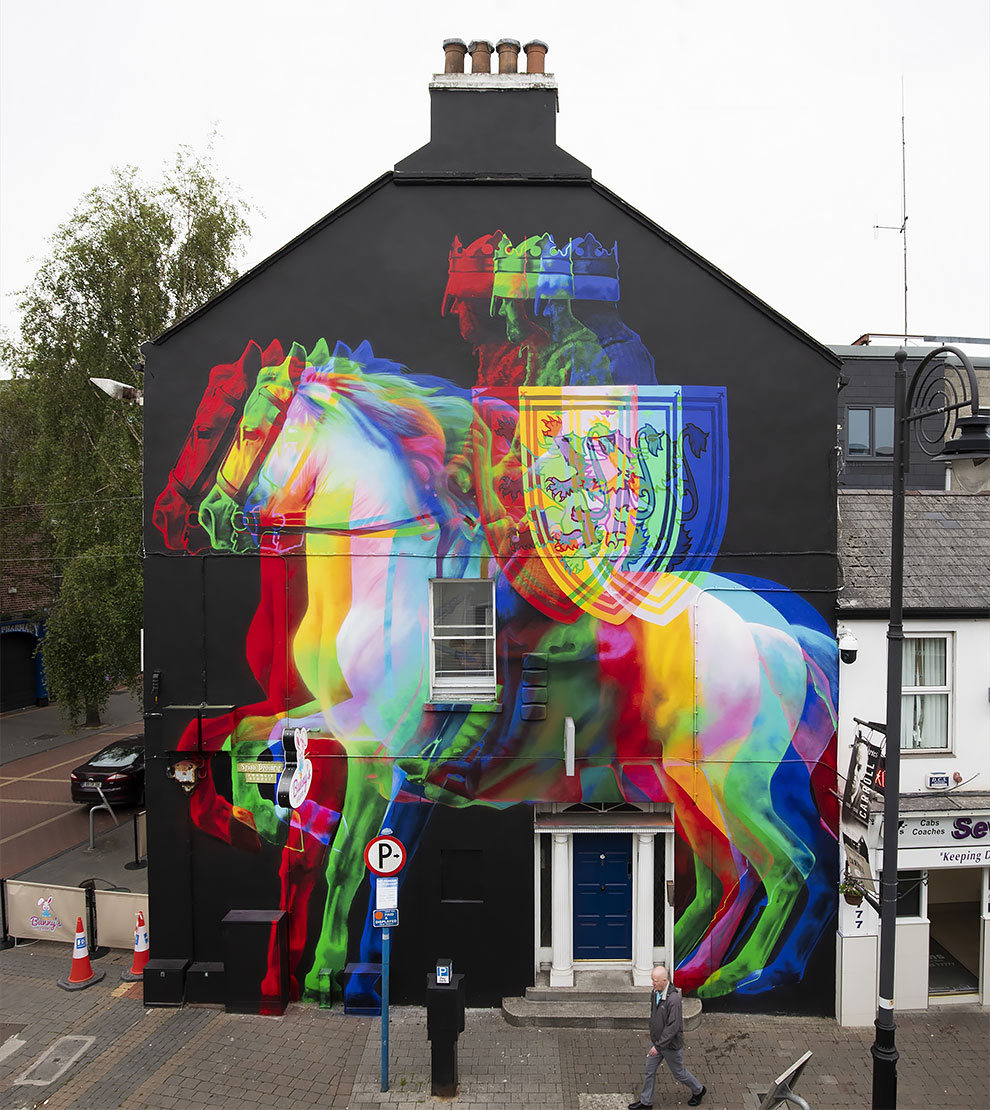 ACHES was just invited by the good people from Seek Dundalk to paint for their first ever festival. As usual with ACHES, the piece is technically incredible and shows an image of “Edward Bruce”, the disputed last High King of Ireland. 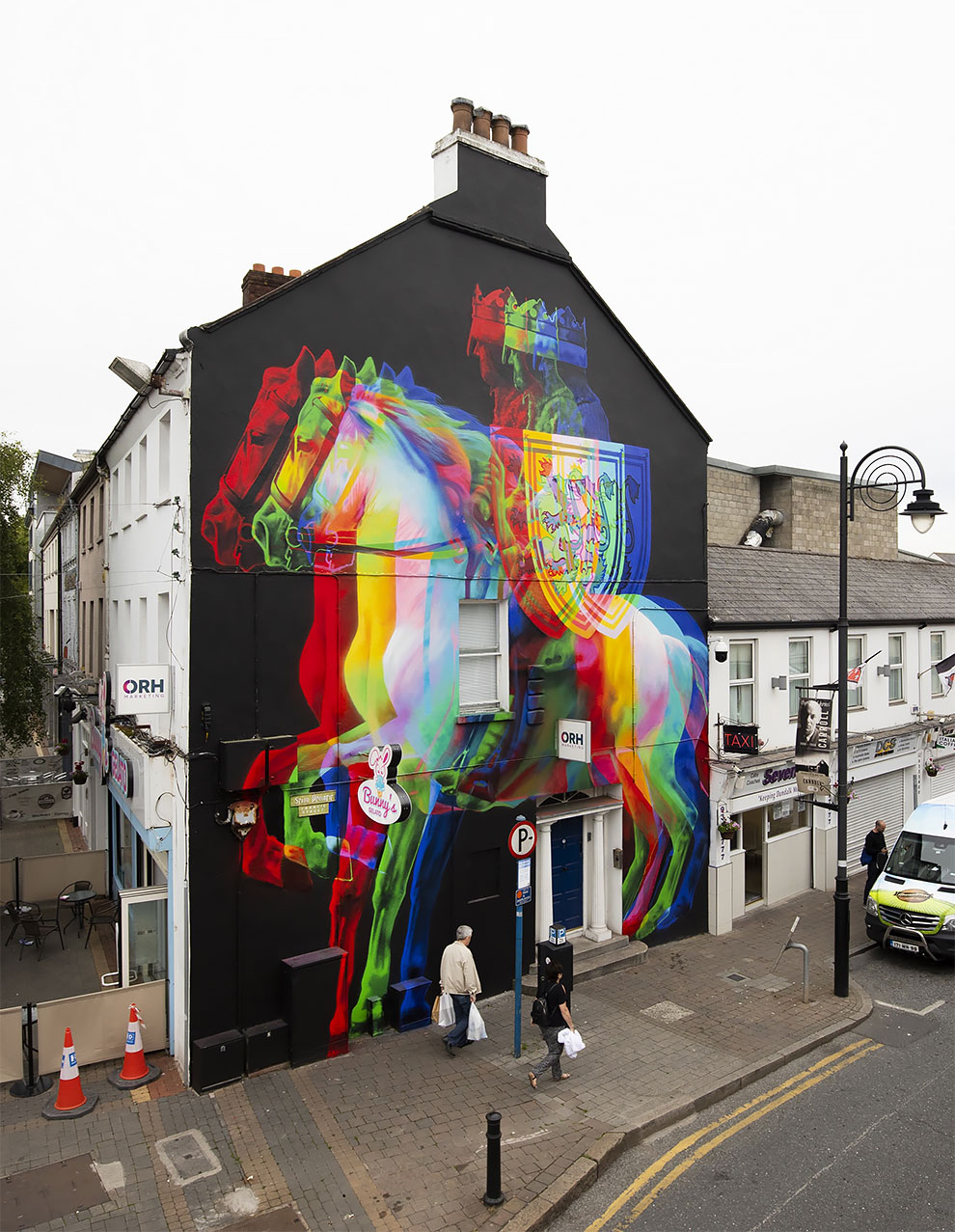 Painted on Francis street in Dundalk, a couple of feet from where he was crowned High King of Ireland in 1315. Bruce died in the Battle of Faughart in 1318 and has been buried there since. A very dark and very interesting time in Irish history. 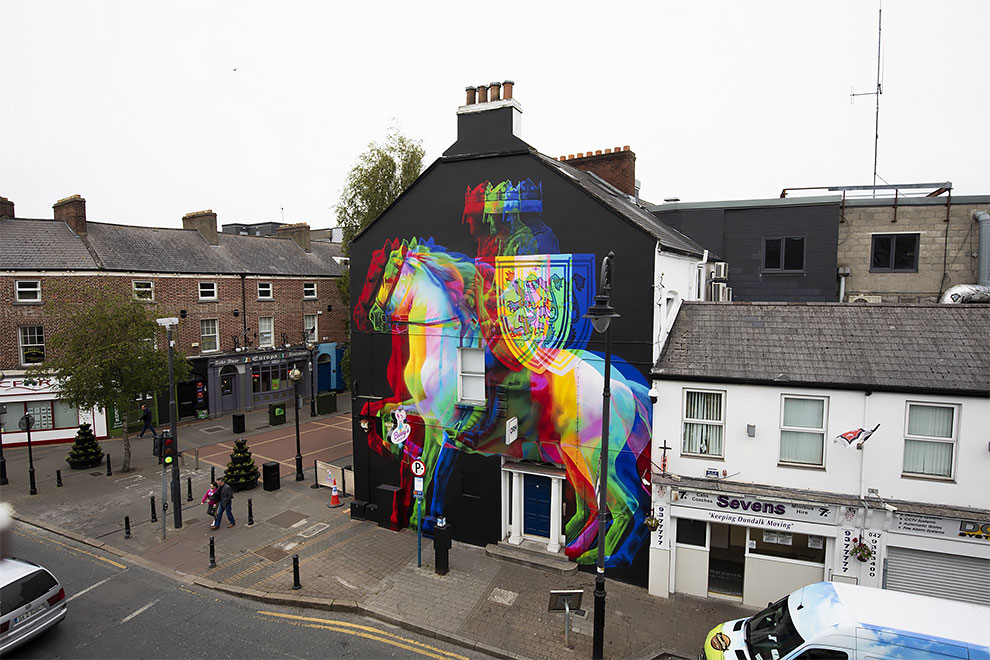 From Dublin originally ACHES is known more as a graffiti writer than a muralist and it was a last minute decision for him to paint the piece. Only deciding the night before to do something which would go on to reflect the importance of the moment having originally secured the space on the wall in order to write his tag ‘ACHES’.