‘Inspiration‘ was built in 1972 by North American Rockwell (now part of Boeing) at the company’s plant in Downey, California. Crafted mainly from wood and plastic, the 122 foot-long by 35 foot-tall model was used to fit-check payloads, instruments and other in-flight hardware that would ultimately be pressed into service on operational orbiters. 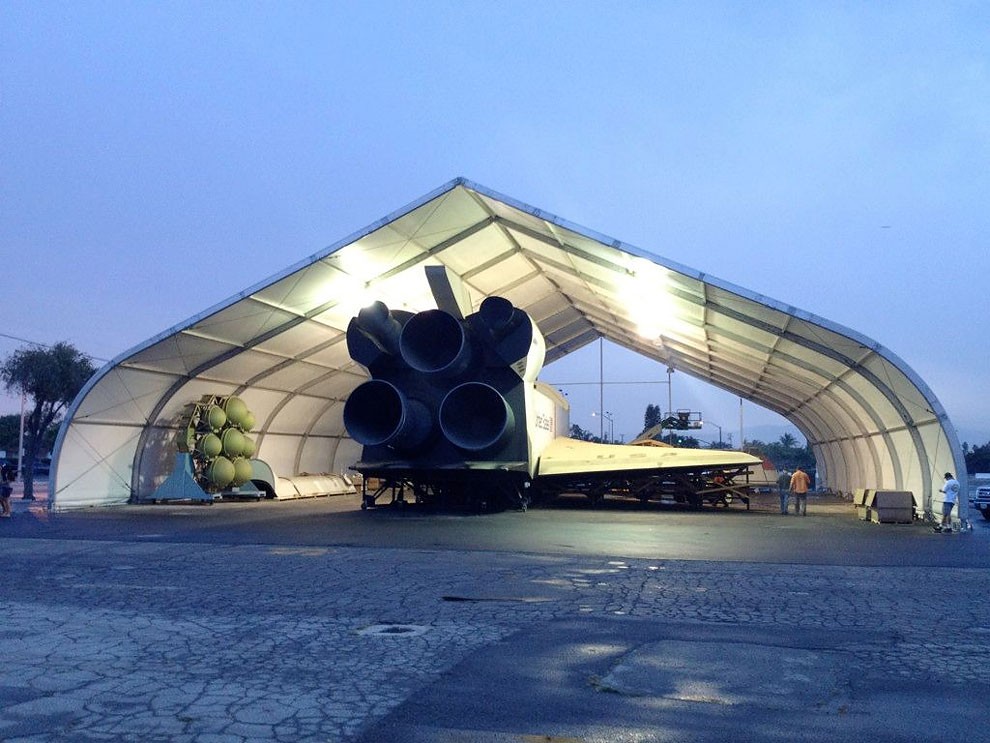 With the flight programme underway and more orbiters rolling off the production line – the final one being Endeavour in 1992 as a replacement for Challenger, which was tragically destroyed on lift-off in 1986 – Space Shuttle Inspiration was retained by Rockwell at its Downey assembly plant, but was largely unknown to those unconnected with the NASA space programme. 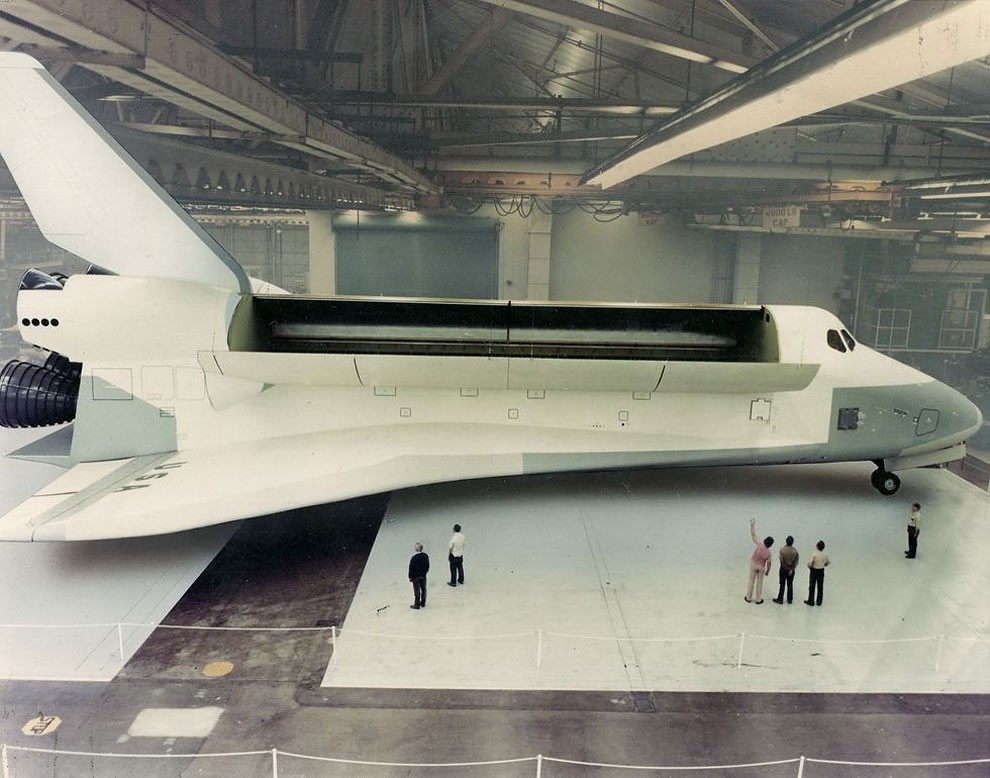 In addition to its ground test duties, the Space Shuttle mockup also doubled as a PR tool when government officials and astronauts visited the facility. But when the plant closed down in 1999 with the building that housed Inspiration was converted into a movie studio, the orphaned aerospace artifact was pushed to the side. Less its port wing and tail fin, which had been removed shortly after construction, Space Shuttle ‘Inspiration’ was disassembled and placed into storage at the historic site, where all of NASA’s orbiters had been built. 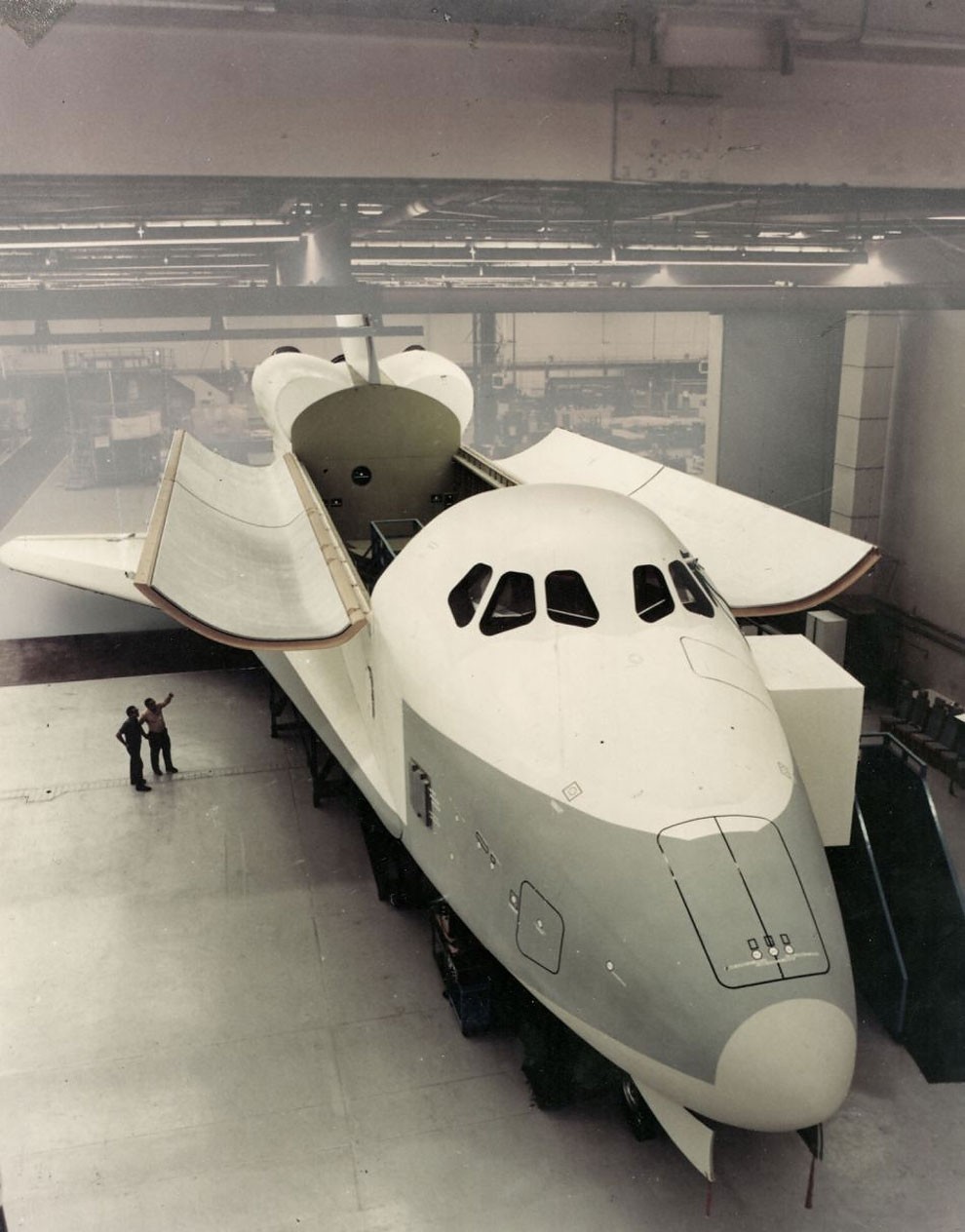 That was until around 2012, when Industrial Realty Group (IRG) acquired 77 acres of the former North American Rockwell facility in Downey in a bid to build a shopping mall on the historic site. Demolition of Downey Studios began later that year and ‘Inspiration’ emerged from the shadows as plans were made for its preservation and display. 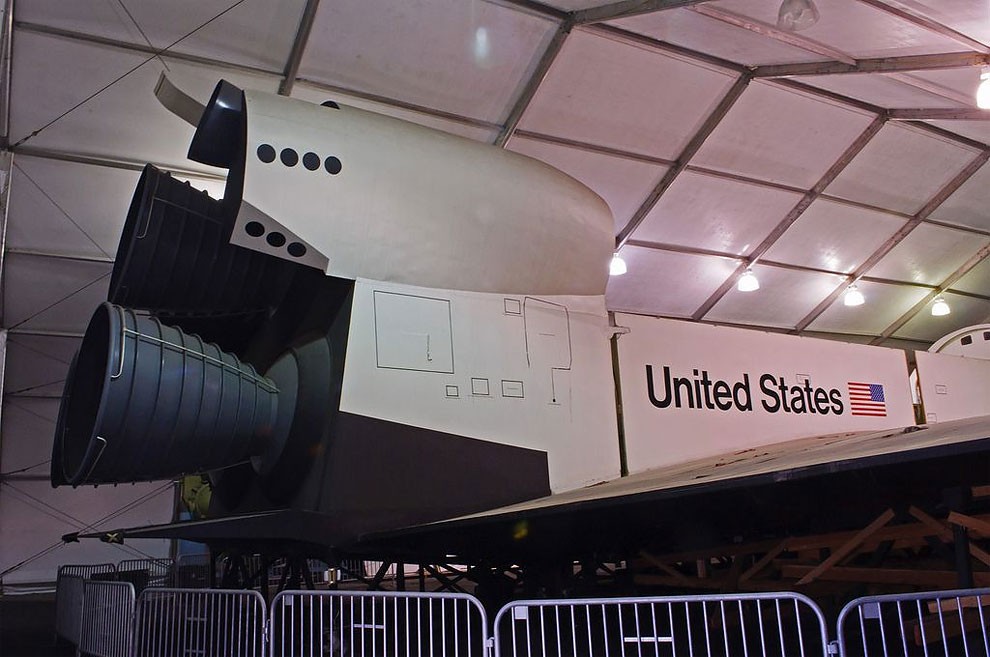 The tent allowed visitors to see the Space Shuttle mockup – which for decades played an important role in the NASA programme – up close for the first time in Inspiration’s history. It was also around this time that the previously unnamed test article was christened – not to be confused with another full scale orbiter mockup called ‘Inspiration’, which is on display at the United States Astronaut Hall of Fame in Florida. 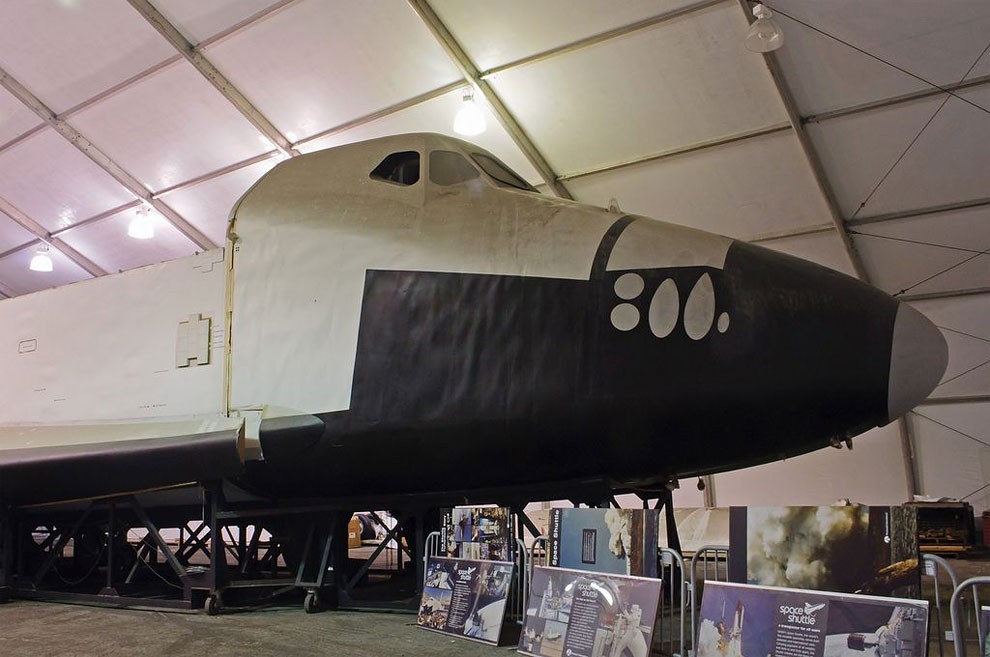 According to the Long Beach Press Telegram, the city of Downey received a $3 million federal loan in 2013 in order to establish an ‘Inspiration Neighborhood Center’. But as of March 6, 2014 the Space Shuttle mockup was back in storage at the city’s maintenance yard. 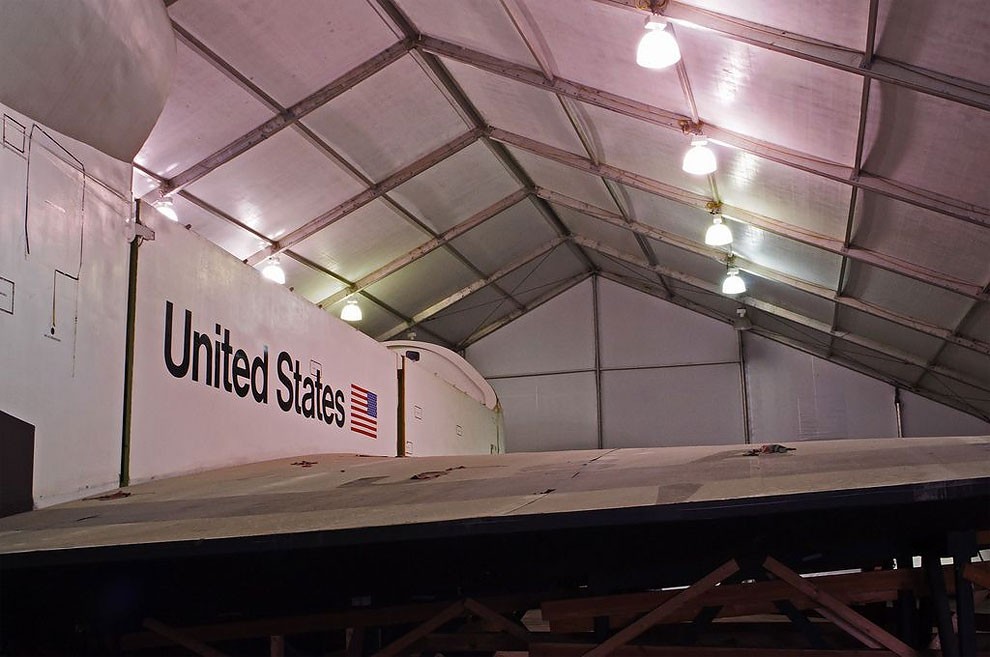 Also, read: “A Photographer Found An Abandoned Wooden Model Of Russian Buran Spacecraft” and “Man Noticed This Abandoned Hangar But Whats Inside Caught Him By Surprise“

Fantastic Chromatic Typewriter
Necono The Cat Digital Camera
New York Architects Plan Enormous Skyscraper Hanging From An Asteroid In Space
The Supertrain Of 1979 Will Blow Your Mind
This Artist Creates A Warm Clothes For Your Cold Drones
Chinese Men Build Homemade Airbus A320 Passenger Jet
Photo of Holden Crater on Mars
Back In 1980, Citröen Had A Somewhat Amusing Idea Of The Future
Australian Farmer Fights Erosion With A Patchwork Of Geometric Designs
Inside of Blizzard's Office
Artist Meticulously Crochets Wire To Create Anatomically Correct Heart
Beautiful Photos of the Lincoln Continental Mark V
In the Memory of Steve: Photo Tribute
A $2 Million Porsche-Designed RV Has A Full Bedroom And Bathroom
Albert Einstein's Brain on Display at London Wellcome Exhibition
Assembly: A Sense of Comfort through Proximity
“Per Aspera ad Astra”
Robot Street Musicians Perfectly Performing Daft Punk's "Giorgio by Moroder" And "Get Lucky"
Anthropocene Mapping: The Human Influence On Earth
1938 Phantom Corsair: The Regret Of A Car Ahead Of Its Time
Monkey Controls Robotic Arm With Brain Implants
The Lotus Etna Could Have Been The McLaren F1 Of The 1980s
Amazing Examples Of The Live-Action Reference Filmed For Disney's "Cinderella" In 1950 As You’ve Never Seen Before
Nano Hummingbird
NASA Has Compiled A List Of The Best Air-Cleaning Plants For Your Home
Innovation Fail: Sometimes it Just doesn’t Work
Cute Robot Seals Comforts Elderly Tsunami Survivors in Japan
Buying iPhones Around the World
“Rise of the Machines”, Part 2
Paul Allen Funds World's Largest Space Plane: Other Indulgences Of the Big Spender
downey, historic, mockup, shuttle, space, stored