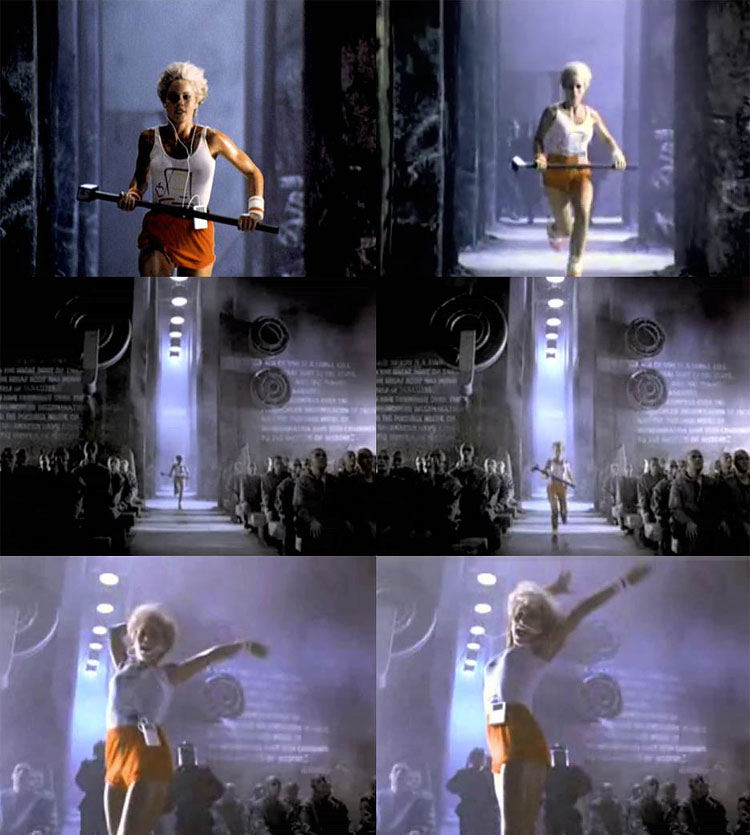 1. The 1984 ad (1984) The spot that introduced the Apple Macintosh aired only once, on Jan. 22, 1984, during the third quarter of Super Bowl XVIII. People haven’t stopped talking about it since. Envisioning a hellish dystopian future (or was it the present?) of drones under the thumb of a televised Big Brother, the Ridley Scott-directed ad brought on a hot Valkyrie with a hammer to smash through the screen and liberate the masses. What did this have to do with computers? Not much, but it established once and for all the terms of home computing’s dominant rivalry: fascist PCs vs. freedom-fighting Macs. The Apple board got cold feet about showing the ad at the last minute, but Jobs and cofounder Steve Wozniak held firm. In 1999, TV Guide called it the number one commercial of all time. (Ty Burr / The Boston Globe) 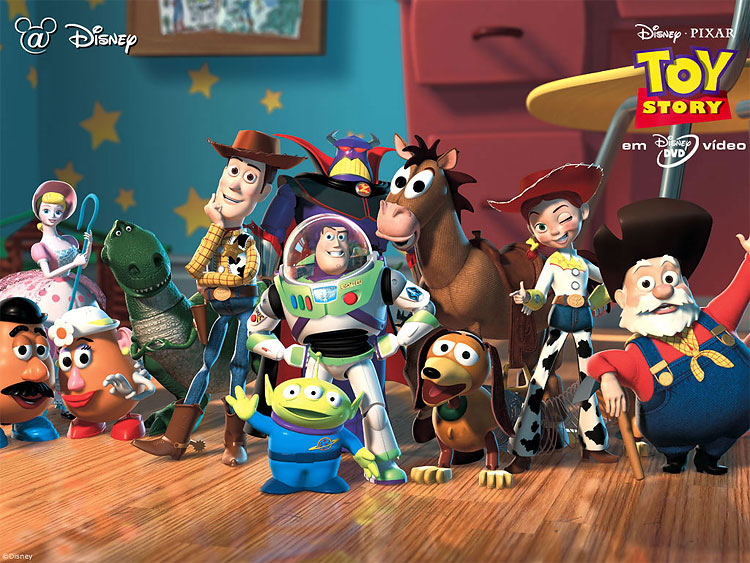 2. “Toy Story’’ (1995) In 1986, just after getting tossed out of the company he had founded, Jobs bought the Graphics Group, a computer design and rendering skunk works project from a cash-strapped George Lucas. The new CEO saw the company, renamed Pixar, through a rocky nine years, and he almost sold it more than once. But Jobs believed in the potential of the feature animation team under the leadership of the brilliant John Lasseter, and he infused Pixar’s product with his own values of demanding perfectionism, groundbreaking technology, and emotional resonance. If you don’t think Woody and Buzz Lightyear – and Nemo and The Incredibles and WALL-E – carry Jobs’s DNA in them, just imagine how shiny and empty these movies might have turned out with a different man at the top. (Ty Burr / The Boston Globe) 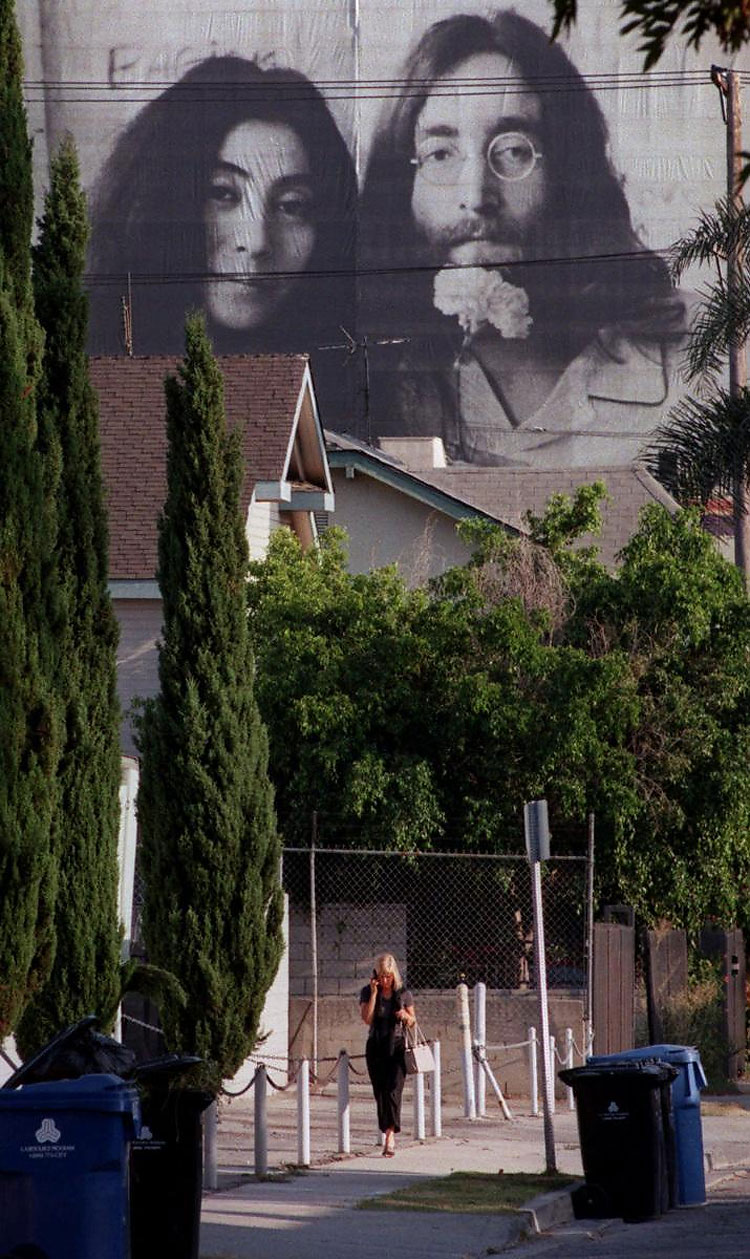 3. “Think Different’’ (1997) As with “1984,’’ this idea from ad company Chiat/Day ended up with Jobs’s fingerprints all over it. The original pitch illustrated the now-celebrated tagline by showing staffers at the film studio DreamWorks sitting at their workstations. Jobs, newly back in charge of a company with a crippled public image, scotched that. It was his idea to feature inventors, thinkers, and entertainers, and it was his idea to use stark black-and-white photos like the ones he had of Albert Einstein and other personal heroes at home. It was Jobs who could pick up the phone and ask, say, Yoko Ono for the rights to a photo of John Lennon. Despite driving English teachers and other grammarians to distraction, the “Think Different’’ campaign is probably Jobs’s finest image manipulation. Because the only sell was a tiny Apple logo, the ads ran in mainstream magazines and were posted on the walls of elementary schools across the nation. Talk about seeding the future. (Ty Burr / The Boston Globe) 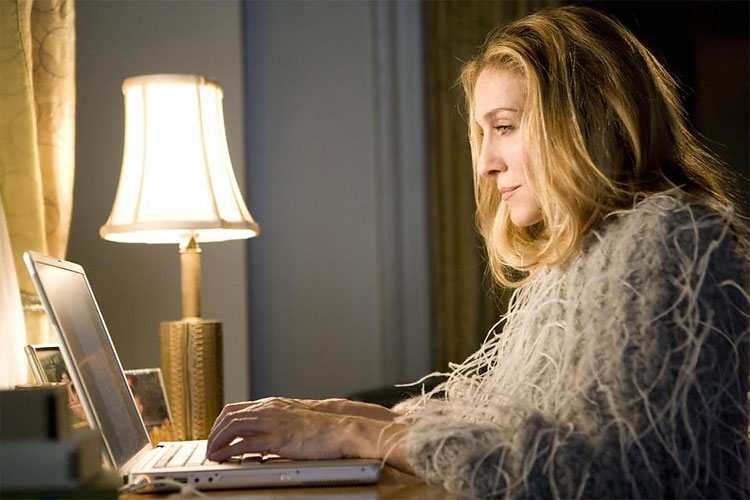 4. Carrie Bradshaw’s PowerBook G3 (1998) Movies and TV shows early on figured out that piggybacking on Apple’s cred gave their characters a cutting-edge vibe. The company was more than happy to oblige. The first Apple product placement was arguably in 1986’s “Short Circuit,’’ and by the 1990s, Macs were showing up everywhere from “Mission: Impossible’’ to Jerry Seinfeld’s apartment. But it was “Sex and the City’’ coming along in 1998 (two years after Jobs’s return to the company he founded) that sealed the deal. Carrie’s Apple lust, on display in episode after episode, posits the Mac as the ultimate chic fashion accessory, a creative gal’s best friend, and – let’s face it – a more constant soul mate than any man. (Ty Burr / The Boston Globe) 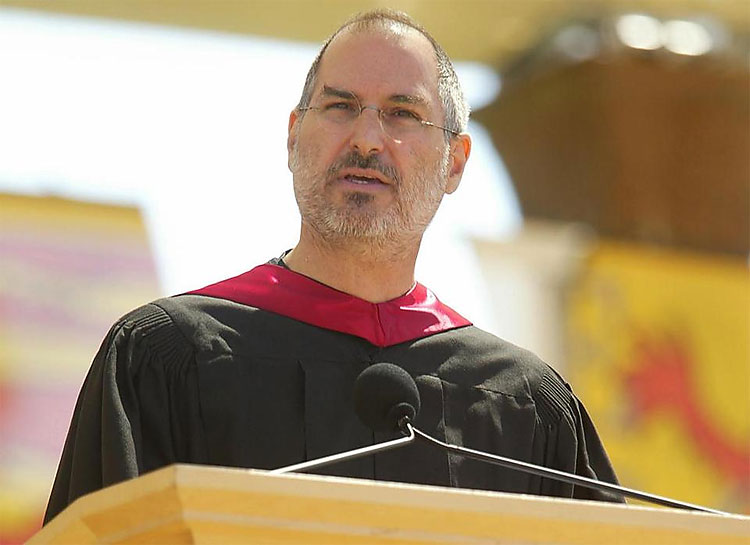 5. The Stanford commencement speech (2005) It’s on YouTube; there are a lot worse 15 minutes you could spend. In the speech, a visibly frail Jobs – 11 months after his surgery for pancreatic cancer – “connects the dots’’ of his life, from the calligraphy course he took as a college dropout that profoundly influenced the fonts and style elements of the Mac (and thus of our modern life) to his years in corporate exile to the hard fact of death that hangs over all of us, even the college graduates who can’t quite believe what they’re hearing. Don’t waste the gift, Jobs urges. “Stay hungry. Stay foolish.’’ Even before his death last week, the speech had become legendary. Now it’s an epitaph. (Ty Burr / The Boston Globe)

Conductive Artificial Skin Covers For Mobile Devices
These Illuminated Cylinders Display Fairy Tales When People Get Inside To Power Them
The Wire Wonderland
Assembly: A Sense of Comfort through Proximity
The Amazing Life-size Lego Technic Bugatti Chiron That Drives!
KamaSurra – To End the Police Abuse During Street Protests in Brazil
Collider Exhibition at the Science Museum in London
Art of Science 2011 Gallery
Digital Tech Gets Creative
This Guy Came Up With A Plan To Turn Any Backyard Into A Beach
Source of inspiration since 2007. Proudly hosted by WebHostingBuzz.
Privacy Policy · Terms of Service · Content Removal Policy 🇺🇦 ❤️