Mysteriously Abandoned In 1976, This Creepy Mansion Just Gave Up Its Secrets 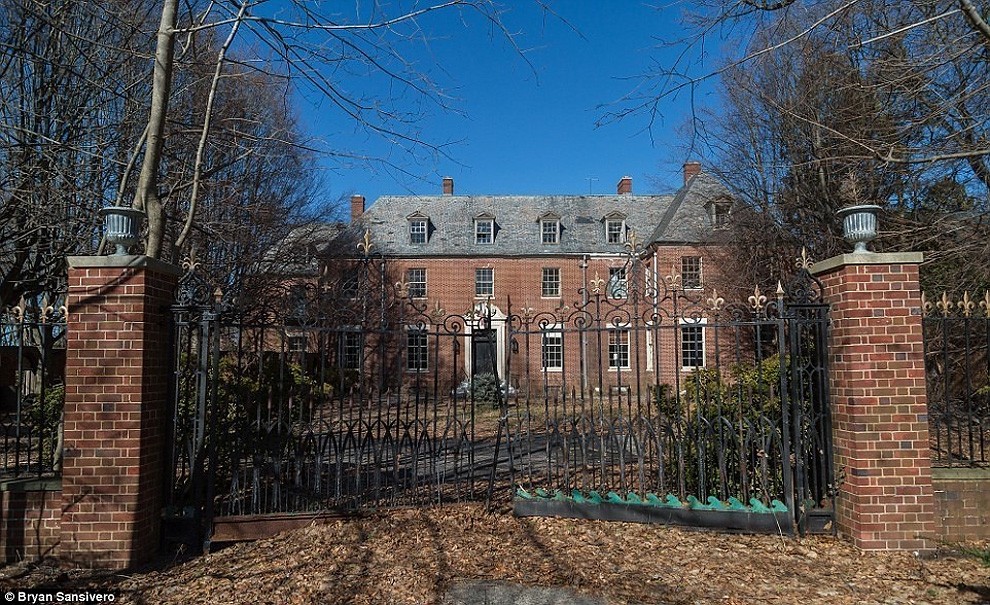 Built in the thirties, this spectacular mansion definitely saw its share of grandiose affairs in its day, but sadly, its been abandoned since the seventies. Located just outside of New York City, the home is like a time capsule for a much more glamorous era — but it also happens to be full of creepy old relics as well.

Photographer Bryan Sansivero decided to document the mansion as it is now, and what he found inside is pretty haunting. It’s also an incredible property, complete with a bowling alley, indoor tennis court, library, and two bars. See the abandoned mansion in all of its spooky glory below. 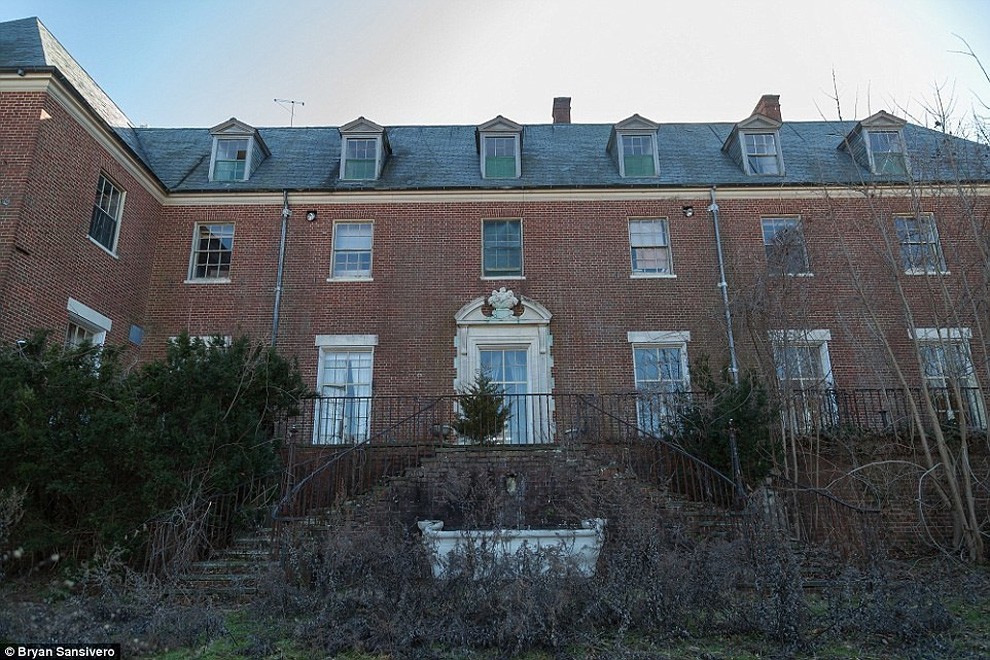 The mansion has 57 rooms, and looks like something out of a horror movie. 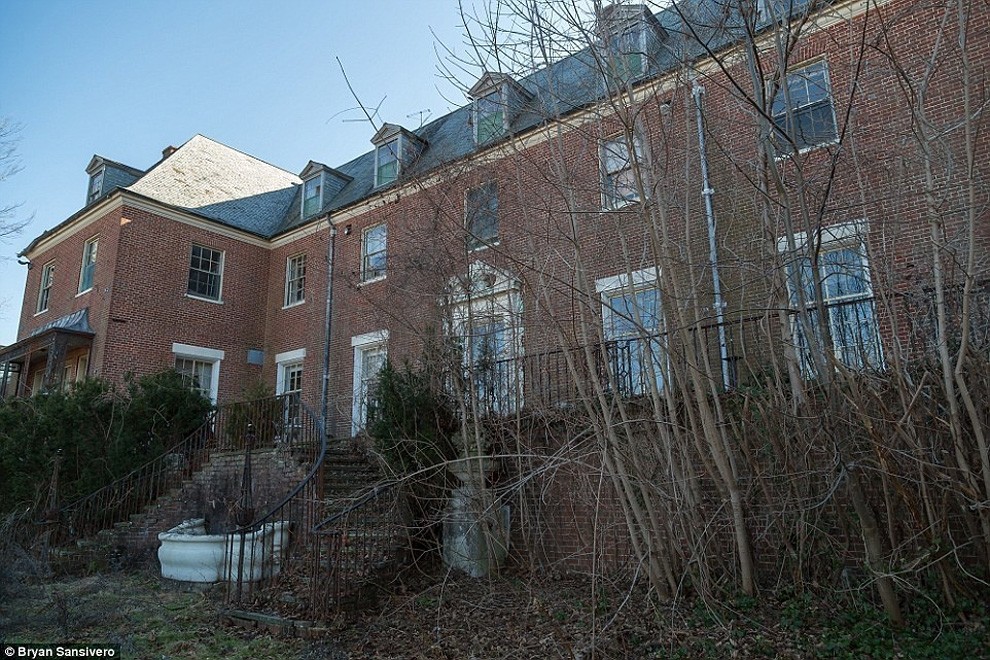 In every room, traces of the mansion’s opulent history remain. 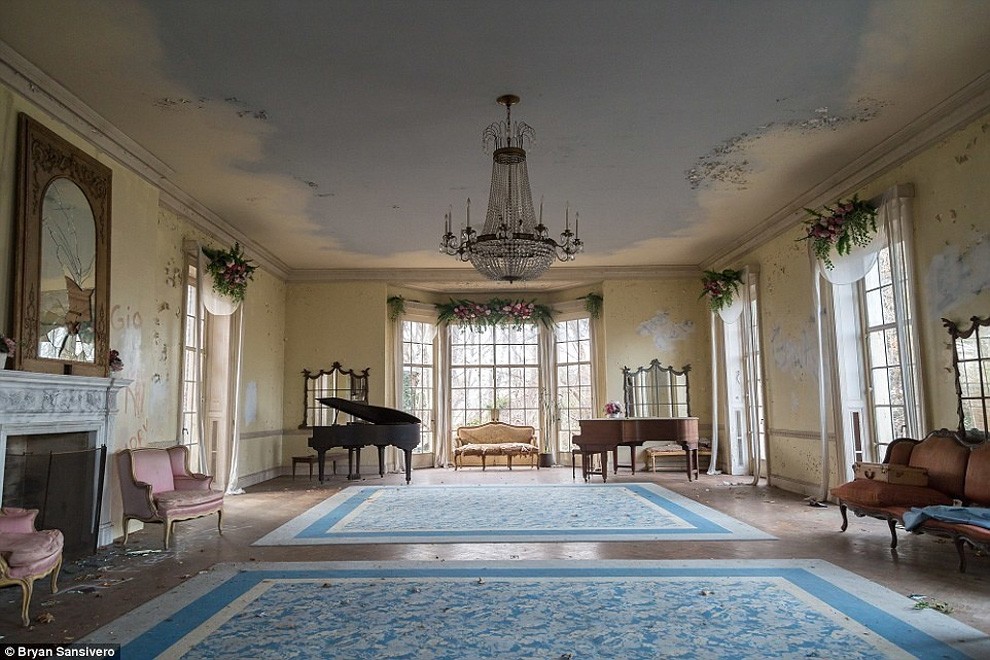 But there are also traces of it’s complete and total creepiness. 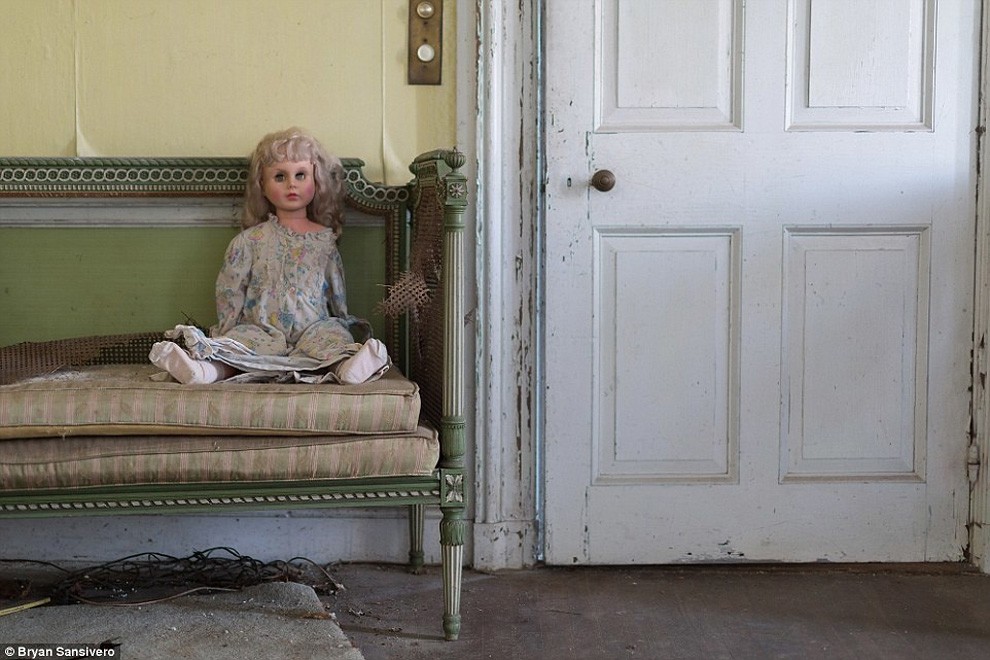 Despite the ominous feel of the photographs, the spooky details are really just evidence of the family that used to live there. 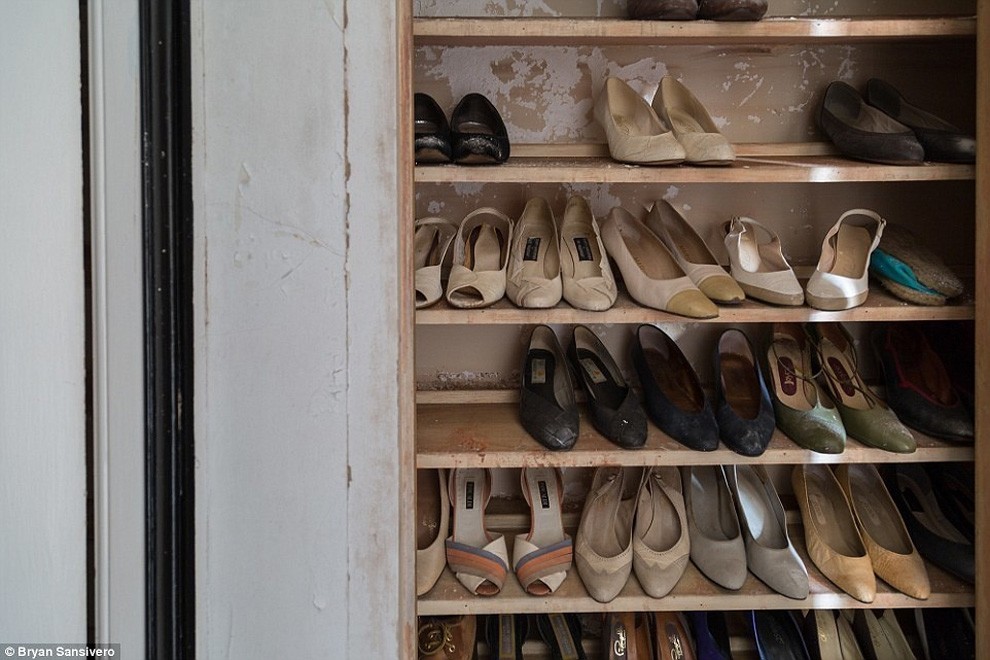 The things around the house give the impression that the place has been frozen in time. 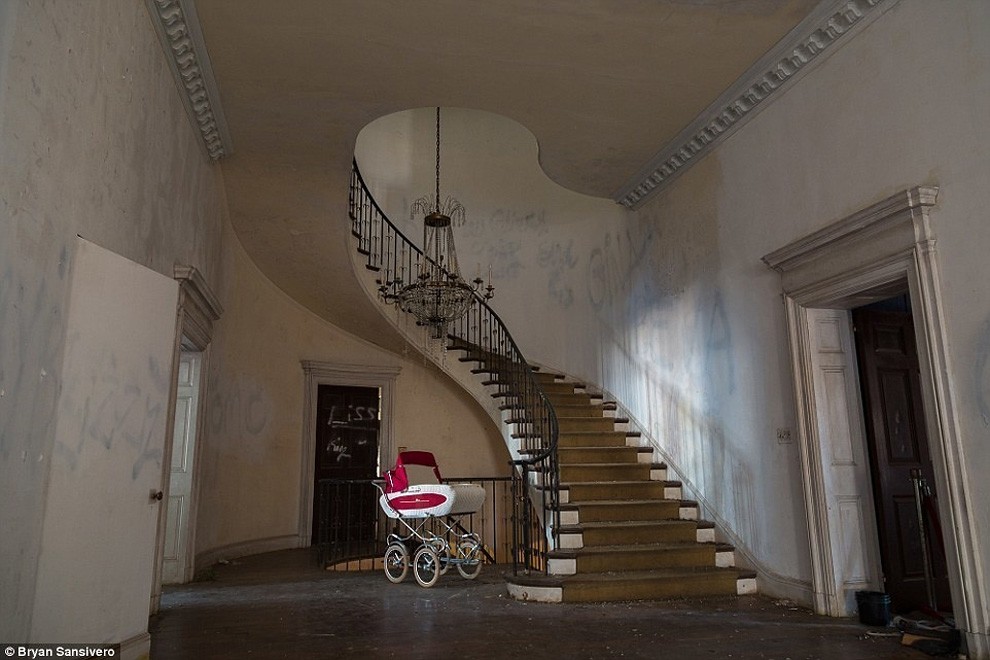 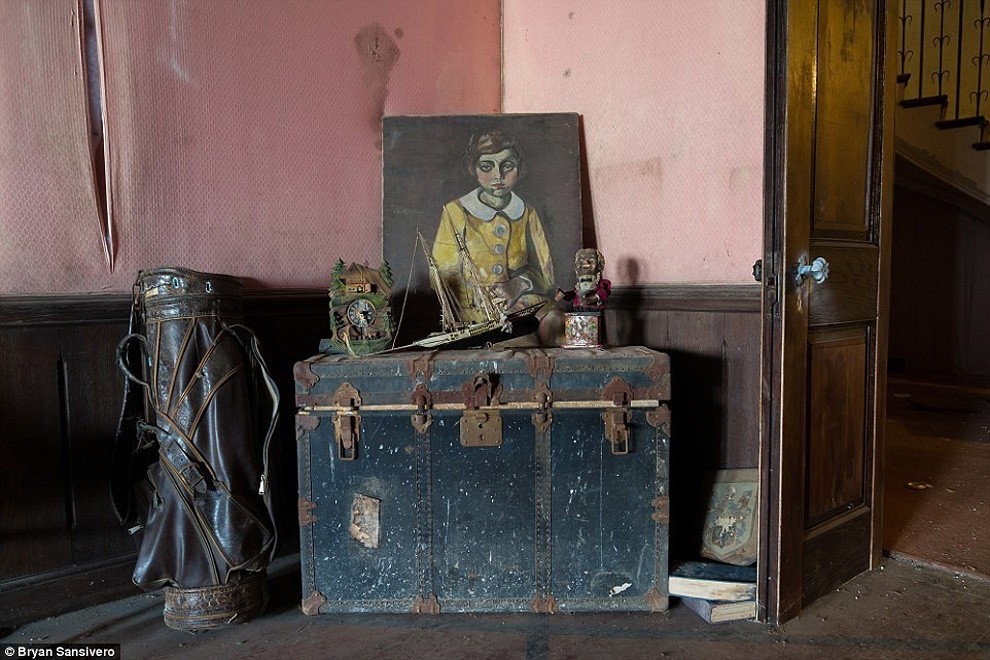 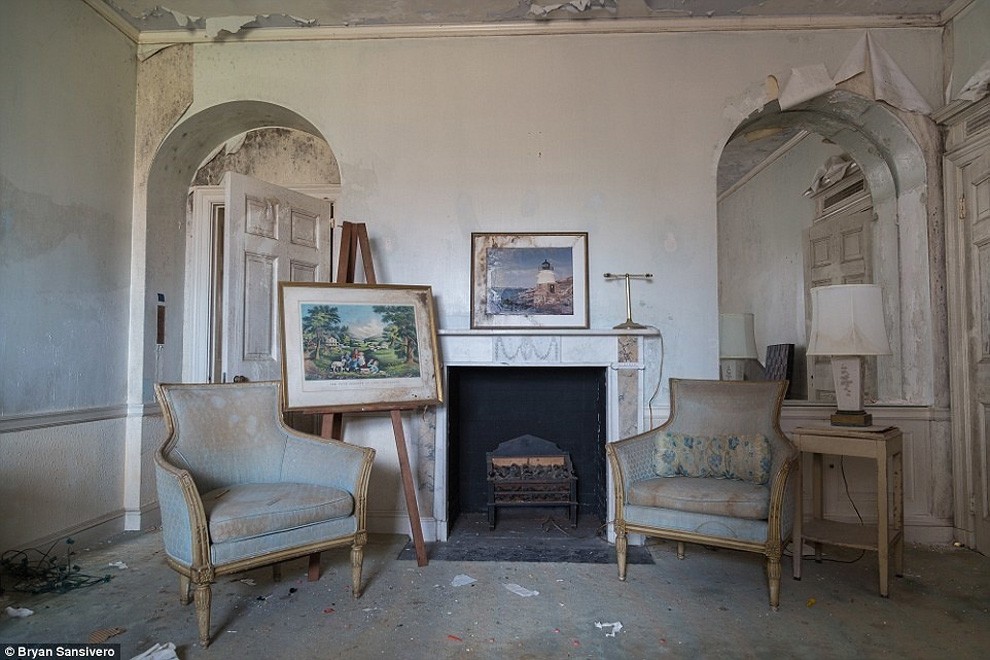 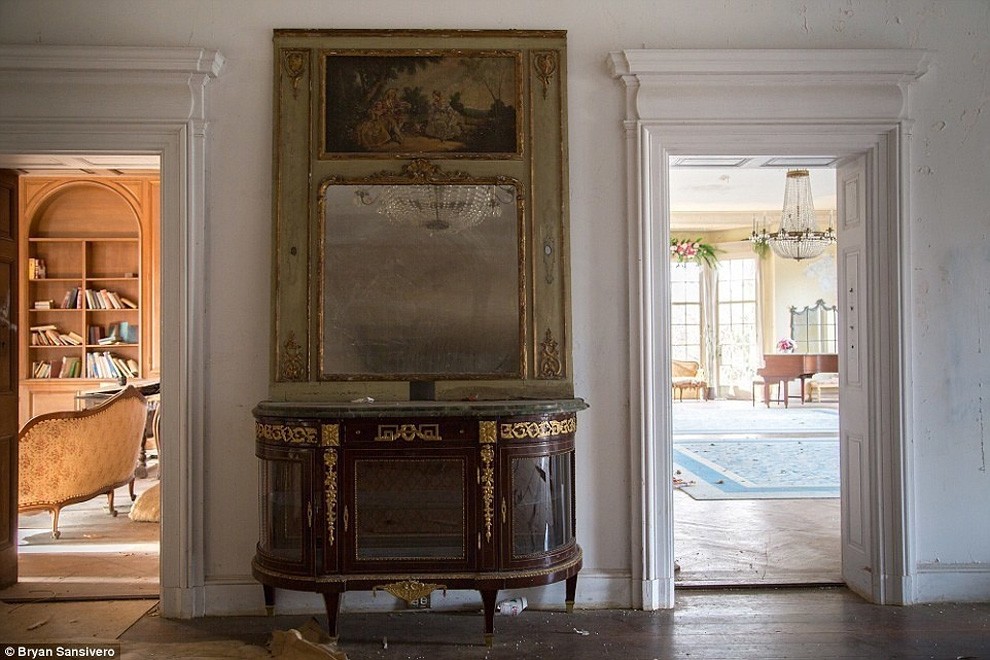 Despite it’s overarching tone of creepiness, the home and it’s fixtures are surprising well-preserved. 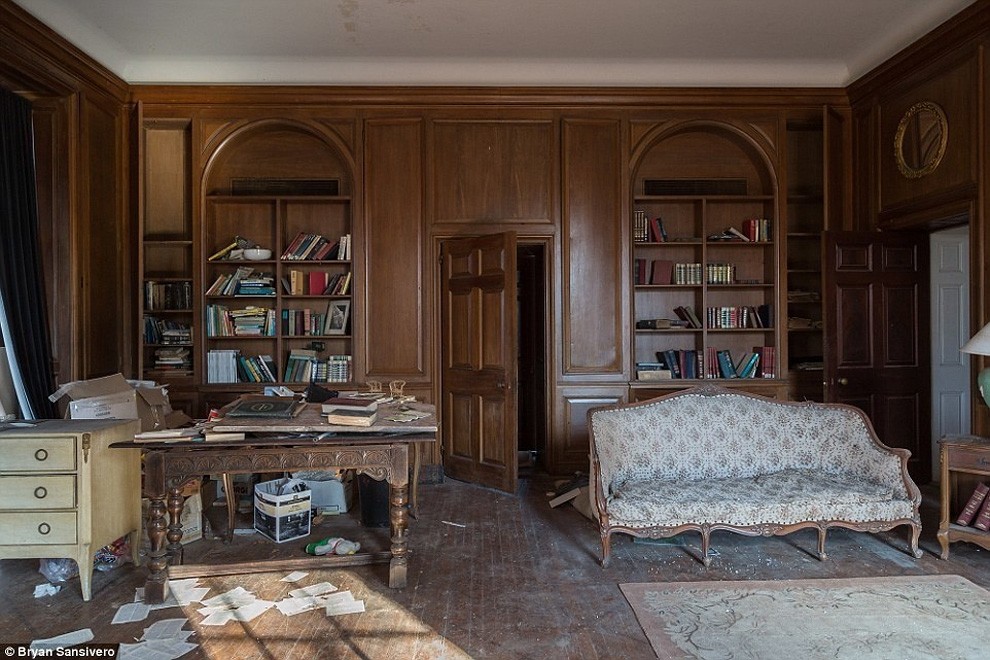 It’s quite easy to imagine the lavishness of the house in its prime. 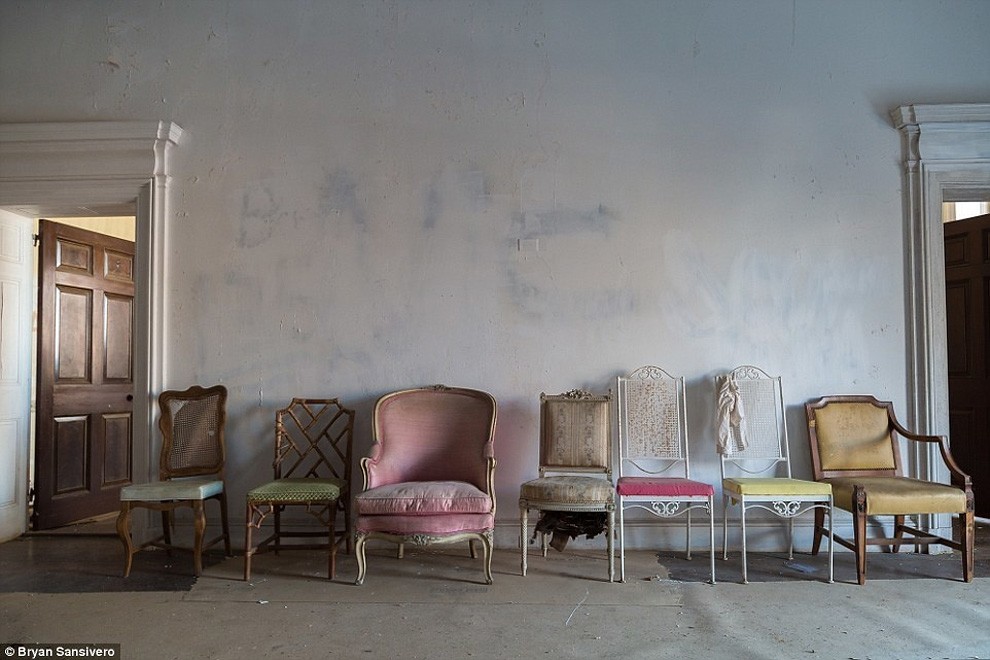 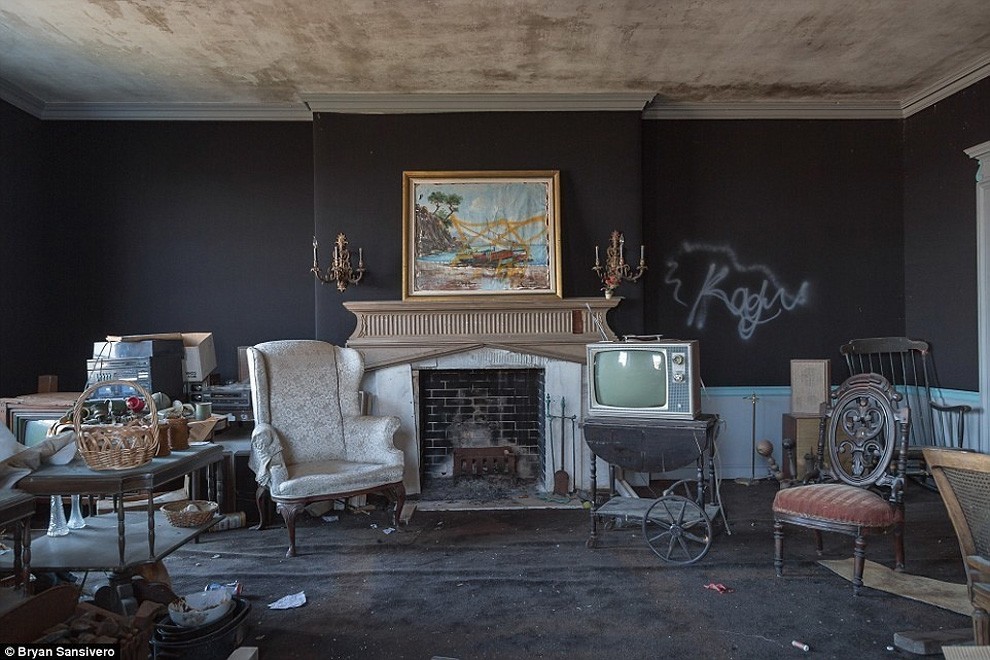 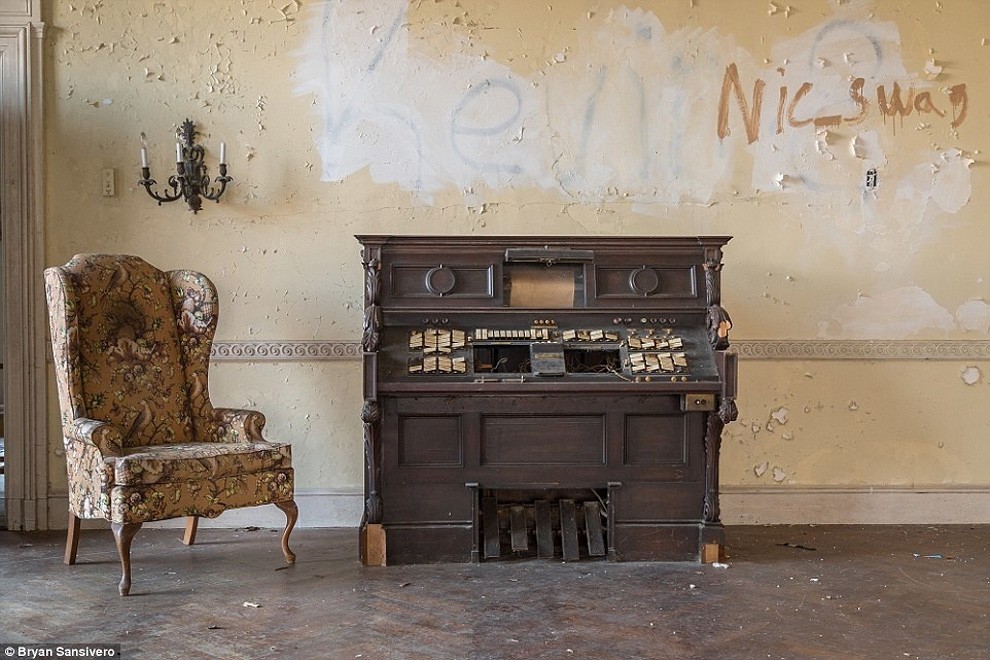 Signs of repairs-in-progress suggest that the last owners were in the process of updating the home when they abandoned it. 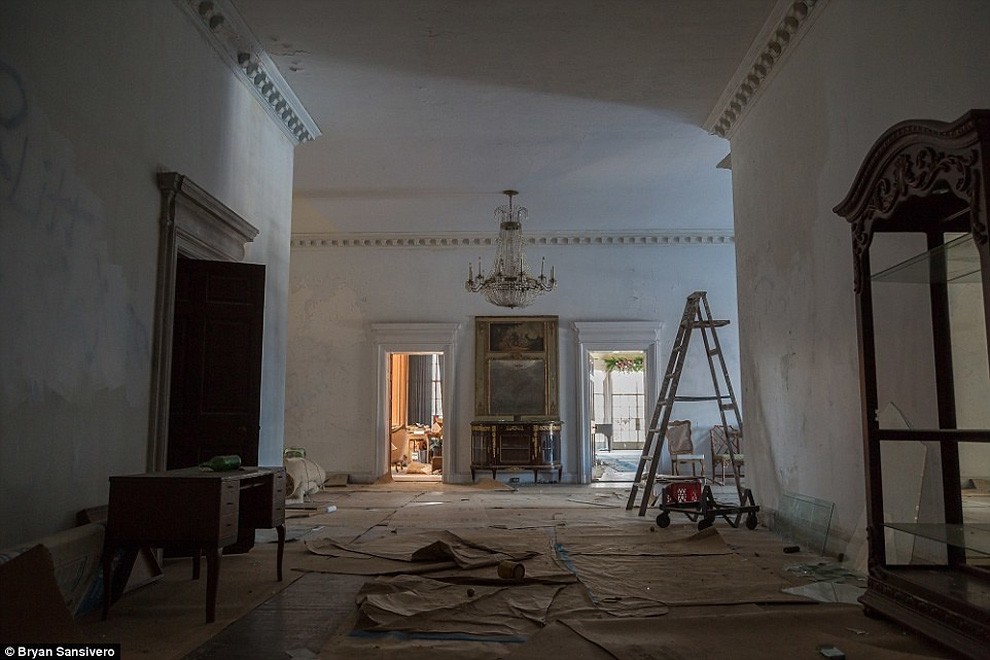 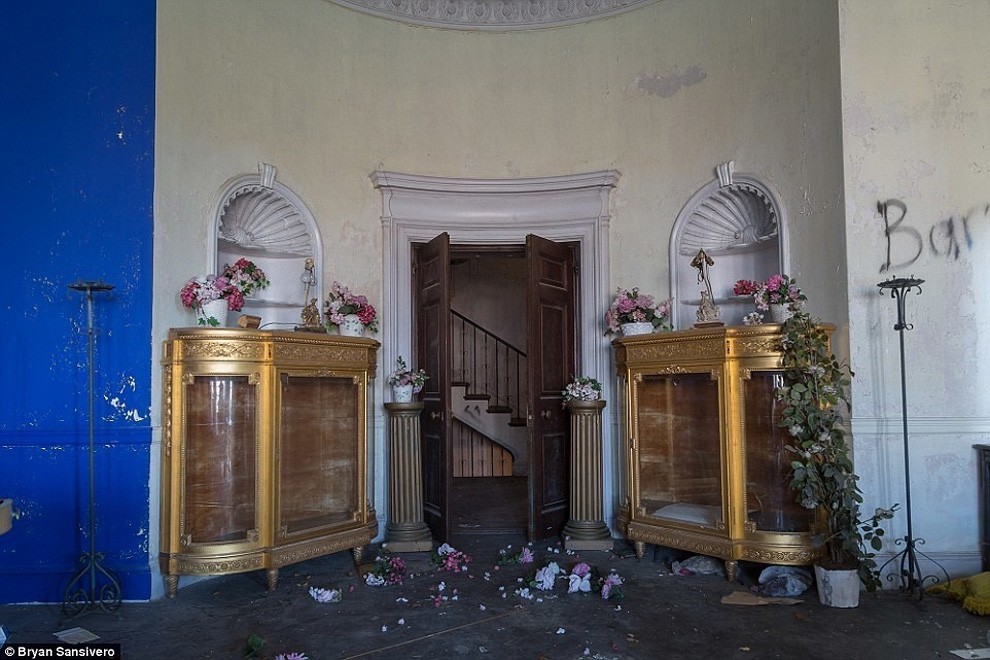 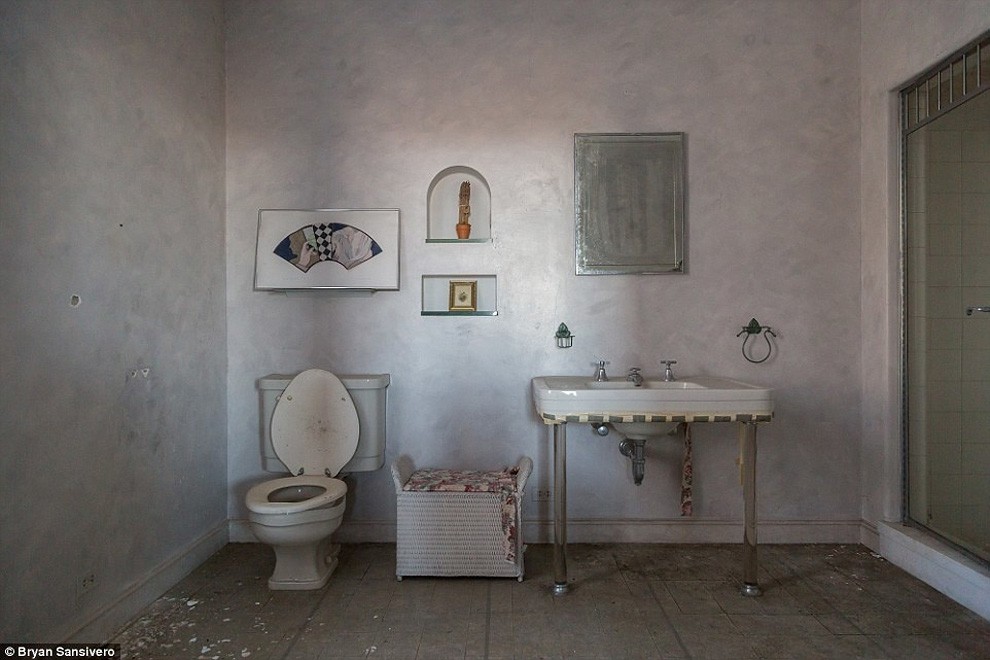 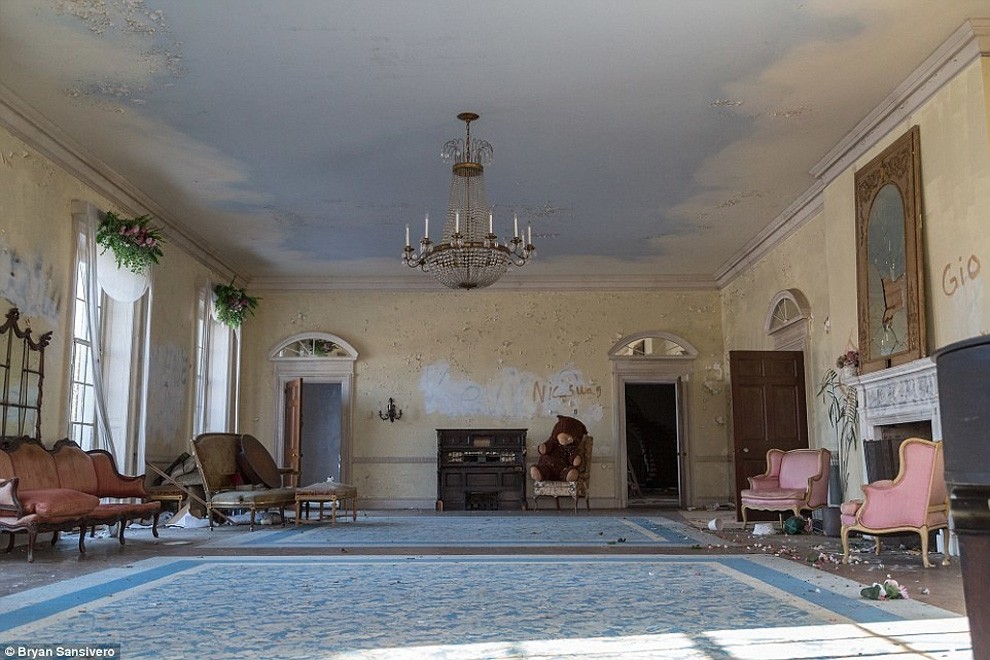 There’s no telling why its last owners abandoned the place, but it’s an incredible time capsule of days past. 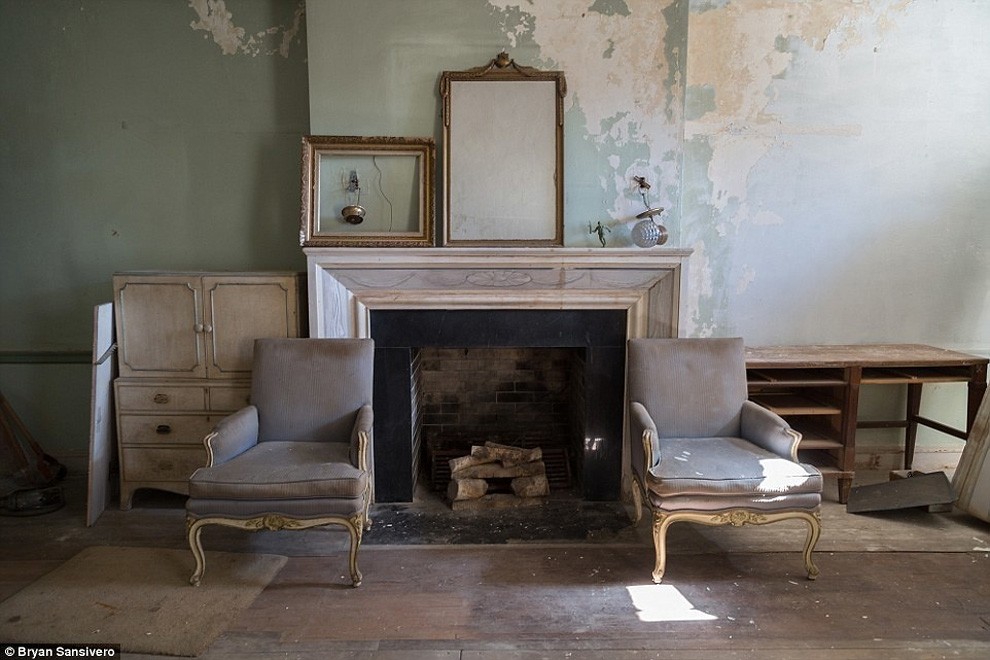 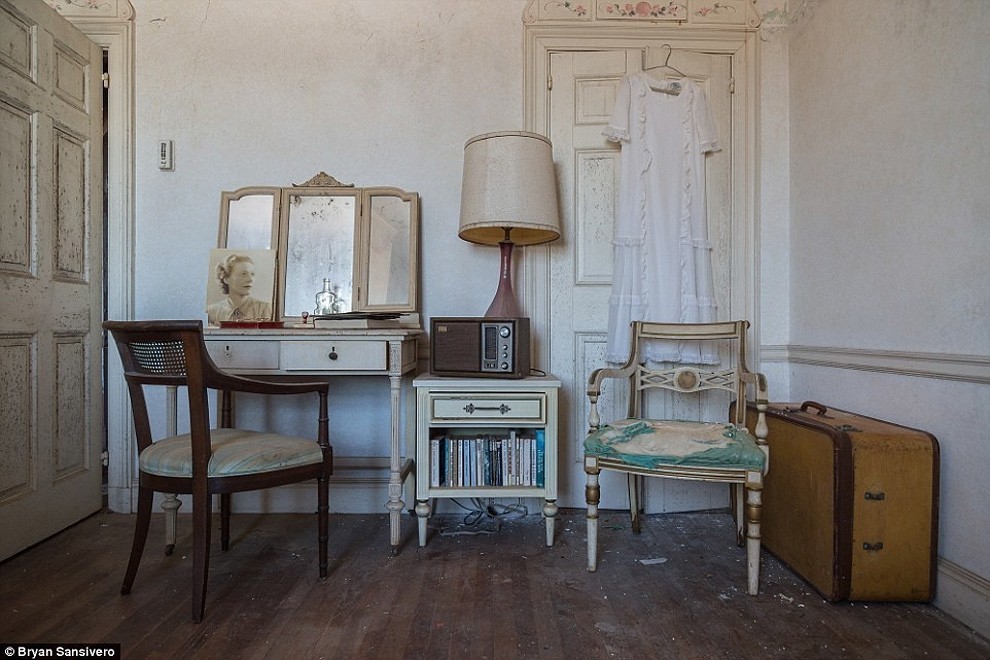 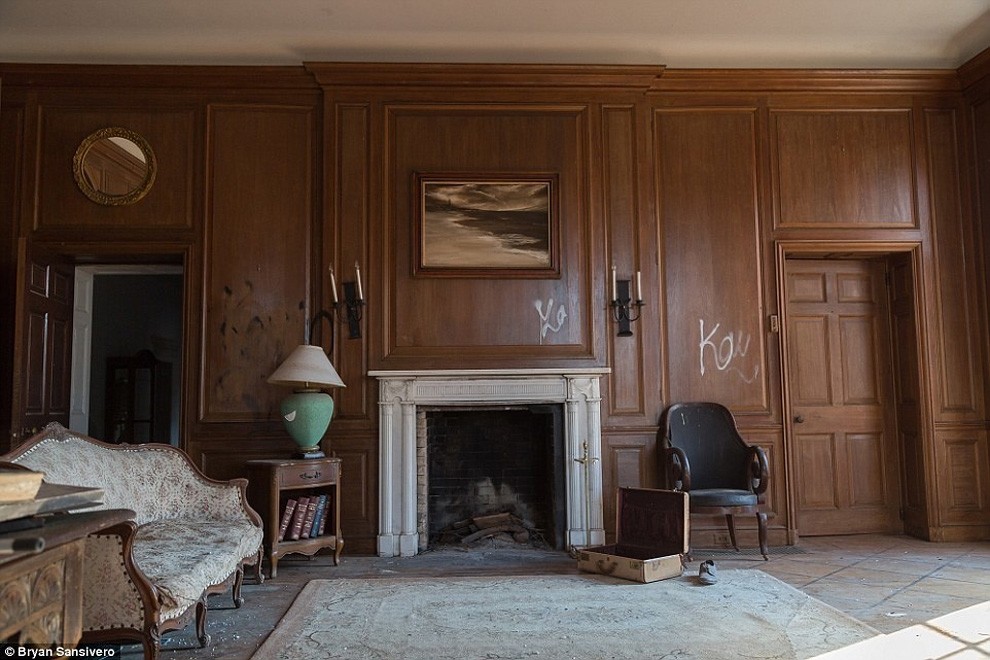 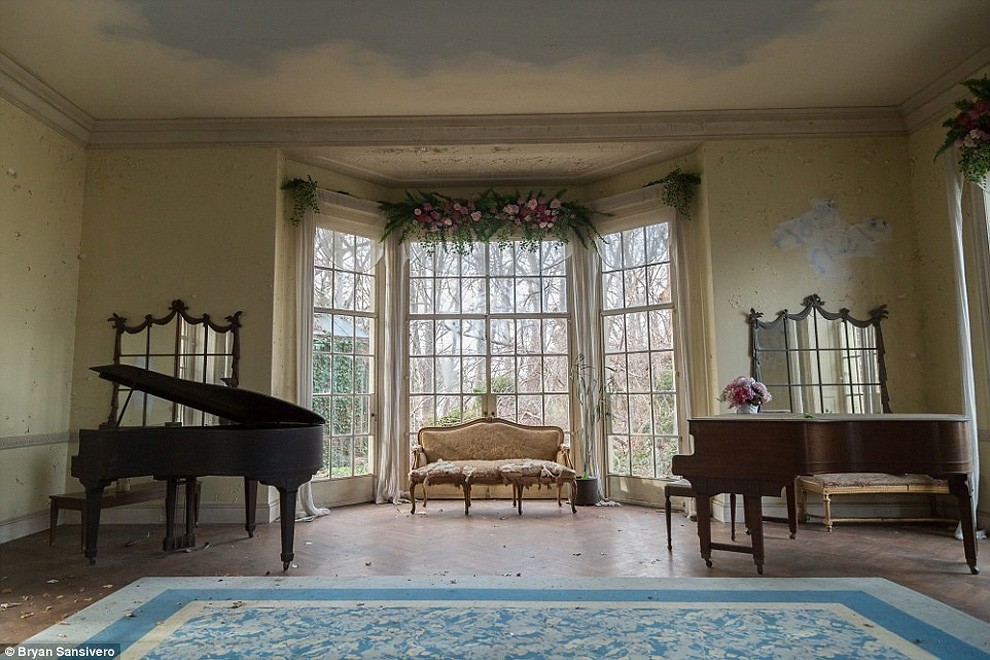 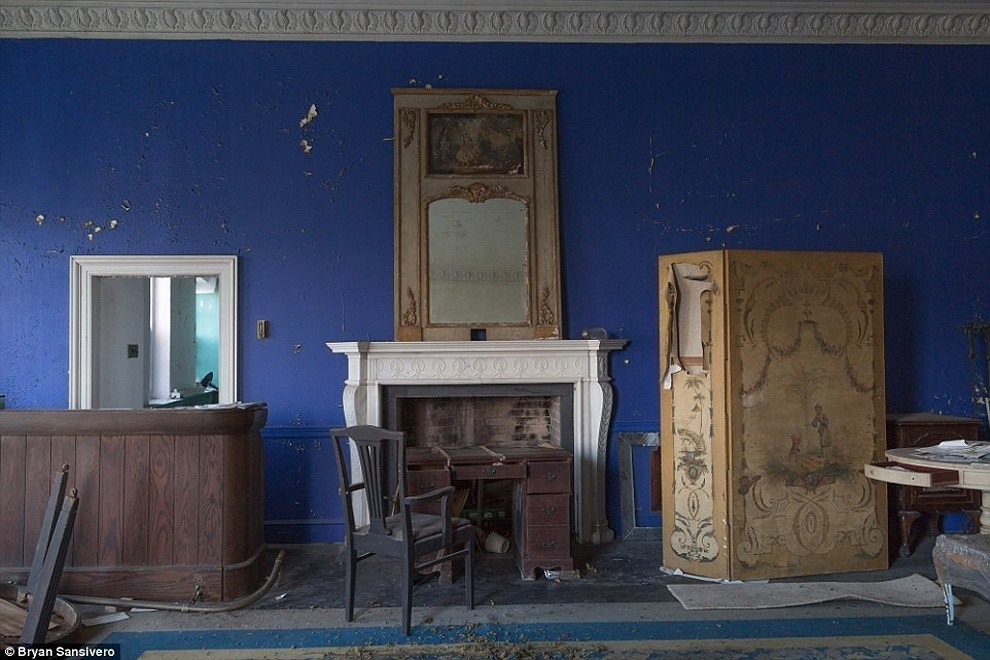 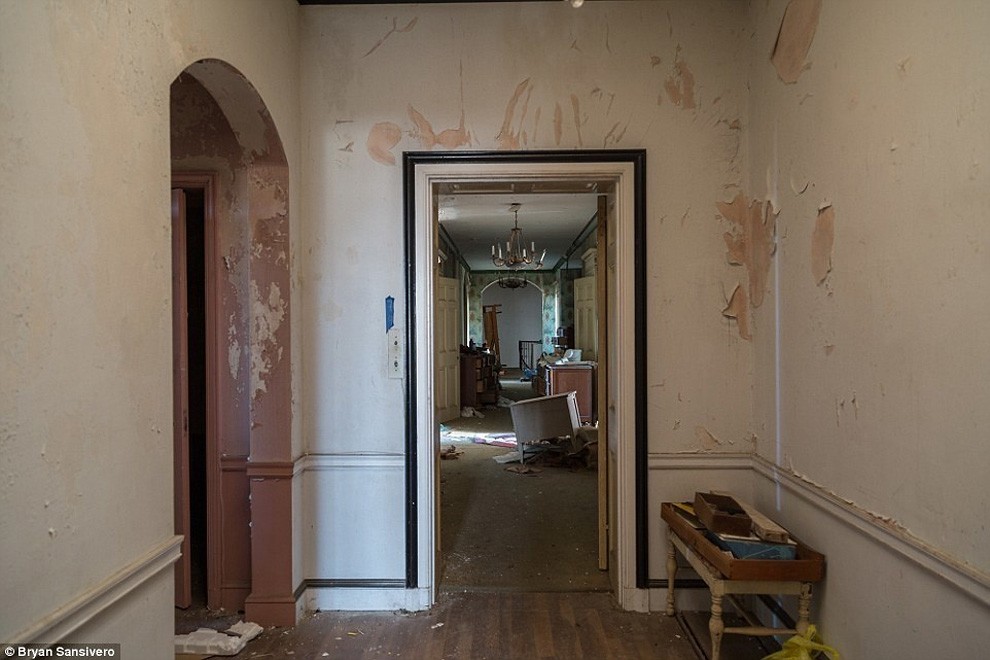 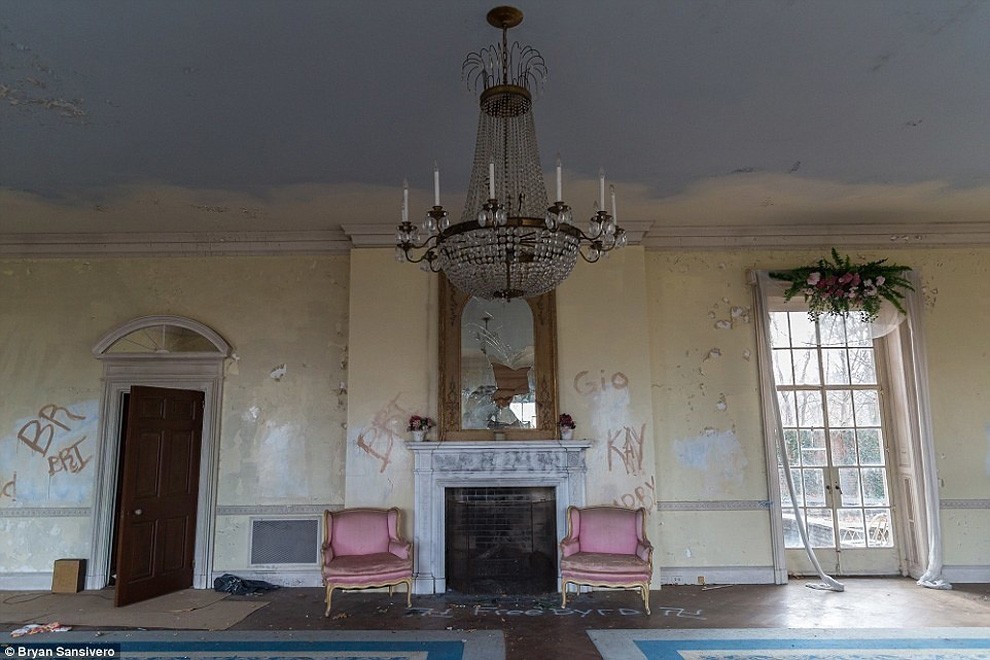 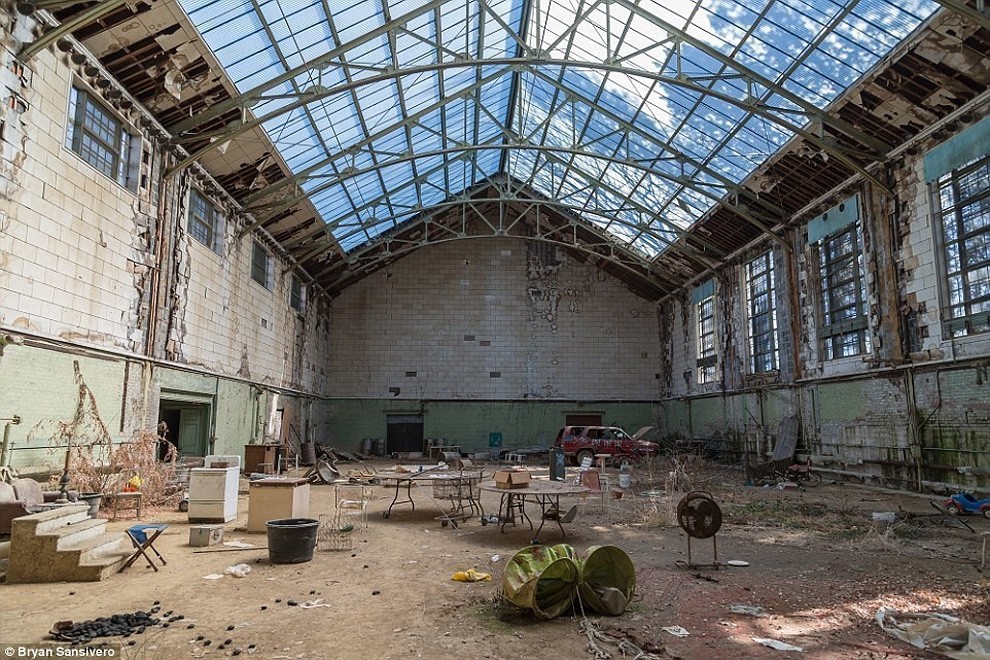 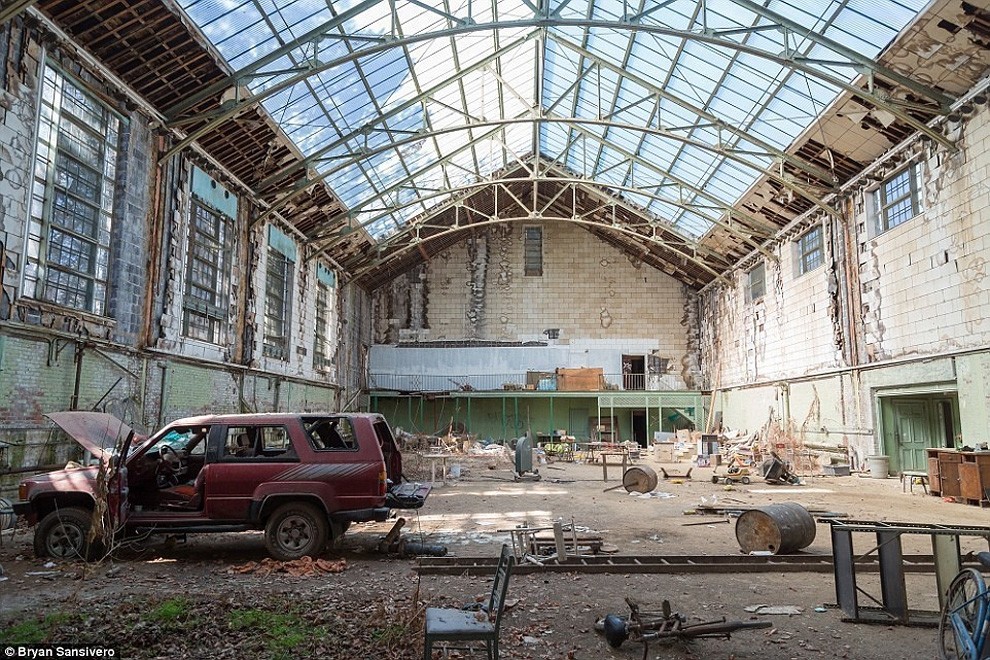 As the property has been abandoned, it’s also been exposed to the elements. 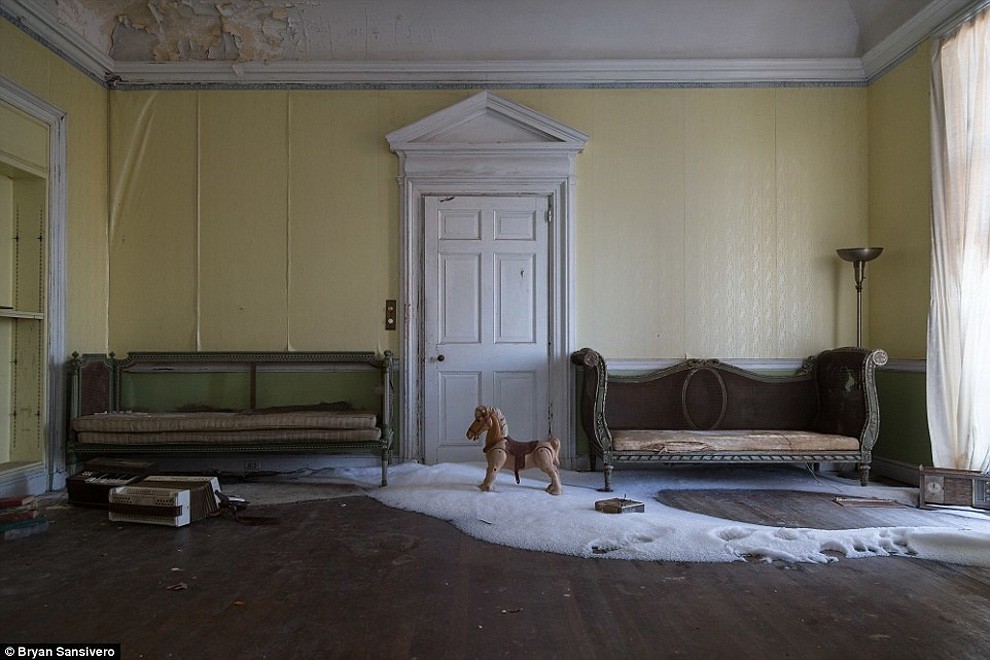 Despite its current state, a property like this (and so close to the city) has to be a realtor’s dream come true. How would you like to live in this regal (albeit slightly terrifying) estate?

35 Entrances, 3708 Apartments: Welcome to the Russian Kowloon Walled City!
Inside the Bradbury Building, the Oldest Commercial Building in Downtown Los Angeles
Toward A Concrete Utopia: Brutalist Yugoslavian Architecture
This Apartment Has A Full-Size Supercar Pagani Zonda As A Room Divider
The City that Builts into the Rock
This House Sings Like A Saxophone At Night
Paper Models Of The Most Controversial Buildings Erected Behind The Iron Curtain
Reimagining The Simpsons’ Home In 8 Popular Architectural Styles
Meet The Solar Egg, A Giant Golden Sauna Built In Luossabacken, Sweden
'Vertical Forest' in Chinese Residential Complex Becomes Mosquito-Infested Jungle
Architects Create Concept Prison Ship That Can Hold 3,300 Tax-Avoiders In Game Of Thrones-Style 'Sky Cells'
"Reforming The Built Environment": Architecture Photo Collages By Michael Jantzen
Vintage Photographs of Early Colossal Vertical Parking Garages, 1920-1960
Patrick Dougherty's Mind Blowing Nest Houses Made Of Living Trees
50 Times Architects Made Buildings That Look Cool But Were Uncomfortable To Live In Or Use
The Radical And Visionary Modernist And Brutalist Architecture Of Macedonia
Artist Buys Abandoned Chicago Bank to Transform It into Public Arts Center
Chinese Drug Maker’s Deluxe Office Building Comparable to Imperial Palace
South-Korean Architect Made A Bench That Looks Like A Root System
Reading Between the Lines by Gijs Van Vaerenbergh
The Safe House
30 Times People Came Across The Most Ridiculous Balconies
Surreal Abandoned Building From Kamchatka
Jakarta Built A Surburban Village On Top Of A City Mall
abandoned, creepy, mansion, mysteriously, secrets