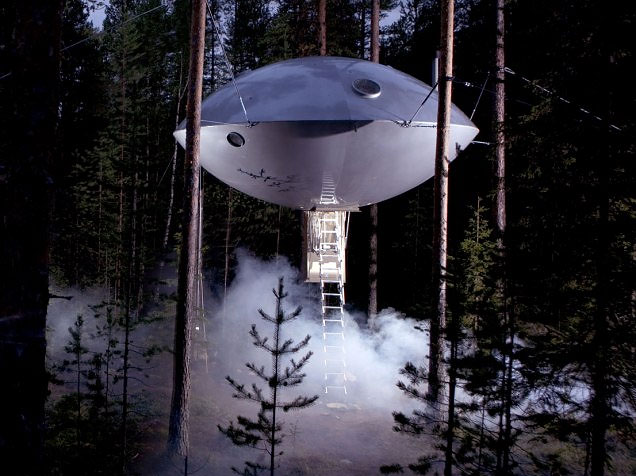 Like a scene from Steven Spielberg’s Close Encounters Of The Third Kind, it looks like there’s a UFO landing in this forest. But far from being an opportunity to meet E.T. or the martians, it’s actually a place to sleep. That’s because the bizarre retro-looking 50s-style flying saucer situated near the town of Harads, Sweden, is actually a HOTEL. (Daily Mail Reporter) 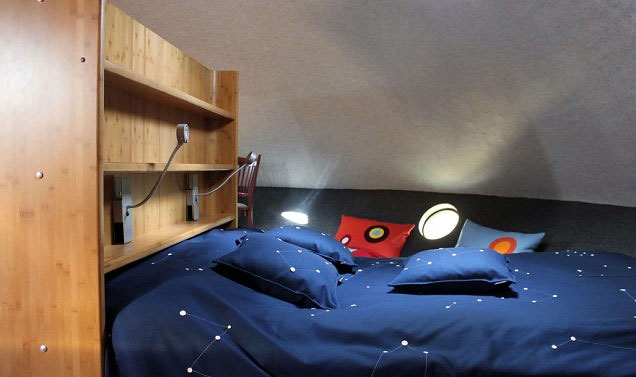 The amazing room with a view is part of the Treehotel, winner of the country’s major tourism prize. Guests can stay in what might be every sci-fi fan’s fantasy for up to 4,550 Swedish kronor per night for two people including breakfast. It is spread out over two storeys with room for four would-be space travellers. (Daily Mail Reporter) 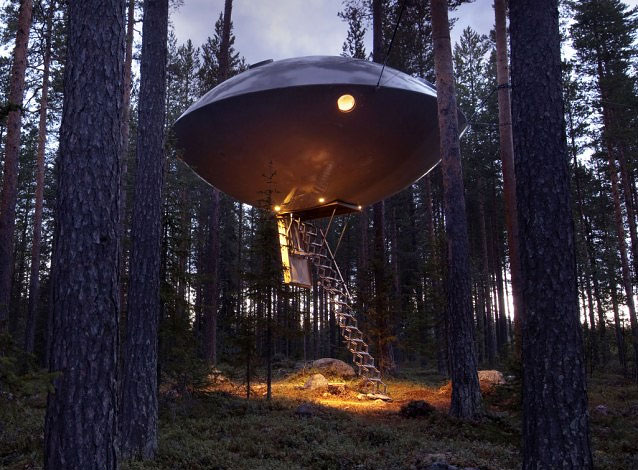 One of the earliest recorded sightings of a UFO dates back to 1561 in Nuremberg, Germany, which was described as ‘a battle in the sky lasting about one hour, which ended with a large crash’. In Roswell, New Mexico, USA, in 1947 US Army Air Forces allegedly captured a UFO which spawned conspiracy theories for decades to come. (Daily Mail Reporter)

Self-Taught French Artist Creates Wistful Yet Heartwarming Creatures Fallen From The Stars
A Stunning Sculptural Outdoor Pavilion For A New Property Development In China
At Your Command
NASA Turns to Exploring Our Planet With a New 3D Map
Photographer Analyzes Brain Waves To Construct Portraits Of People’s Ideal Selves
Giant Suit was Made to the Launch of the Satchi Suit Brand in China
Ubi-Camera Let’s You Take Photos With Your Hands
Artificial Autumn
384ft-Tall Apartment Tower To Be World’s First Building Covered In Evergreen Trees
The Cocooned High-Rises Of Hong Kong
2007 ‒ 2023 by Design You Trust. Proudly hosted by WebHostingBuzz.
Privacy Policy · Terms of Service · Content Removal Policy ❤️ 🇺🇦