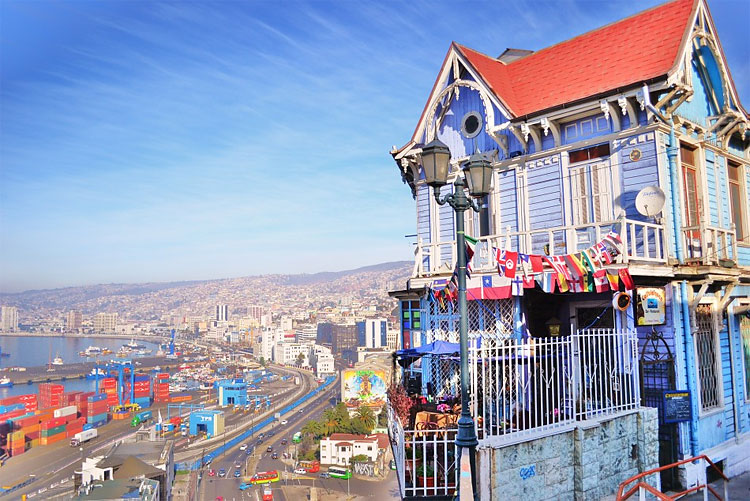 Valparaiso defies simple definition and is easily South America’s most unusual city. It’s labyrinthine hills – which overlook the enticing (but freezing) Pacific Ocean – are constantly surprising and oh-so inviting for the avid photog. In photographs by Felipe Bascuñán. 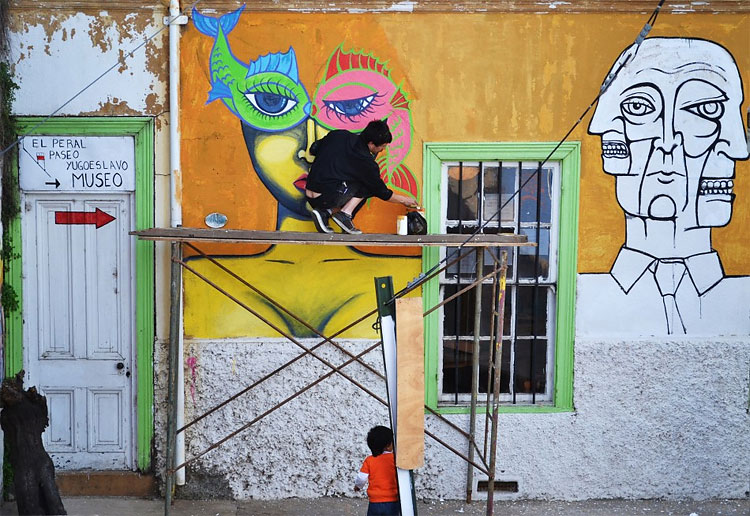 Chileans tend to prefer the mundane and orderly Viña del Mar next door, but those that make it “Valpo” have trouble leaving. 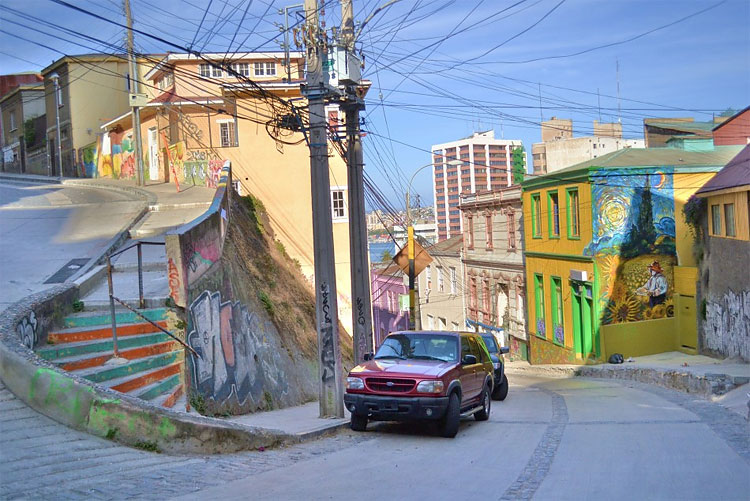 The Unesco World Heritage site rises from the Pacific Coast like a kaleidoscope of color. It’s as if town planners handed cans of pastel paint to the citizens of Valpo and said “leave no wall untouched.” And that they did. 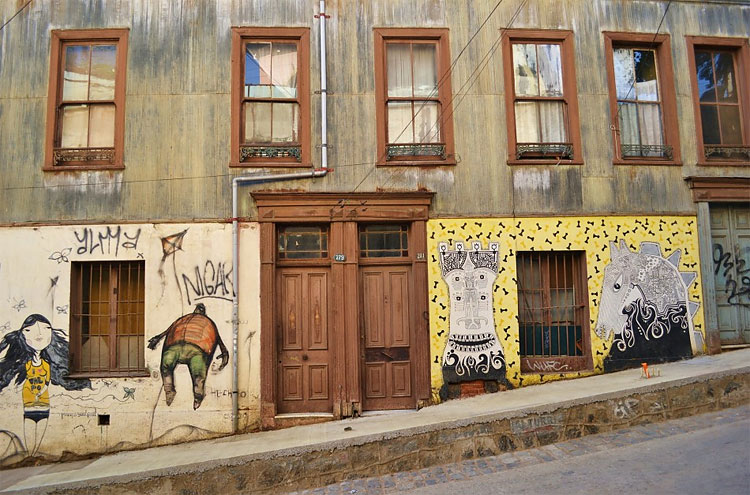 Chile’s second city is a jumble of cliff-hanging pastel boxes that fit together like a puzzle as they blanket the hills above the old port. Spiraling stairs and 100-year-old funicular elevators connect each dotted knoll to the port below. 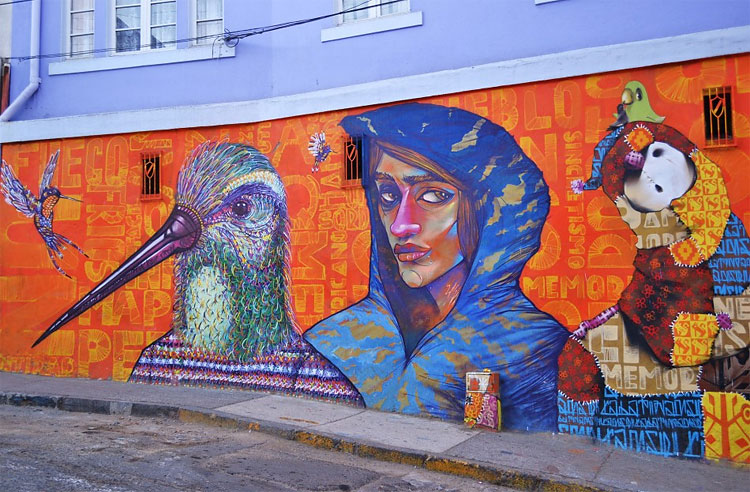 The town beneath the cerros (hills) boasts an architectural treasure trove of 19th century buildings from Valpo’s golden age when it was known as “Little San Francisco” and “The Jewel of the Pacific.” 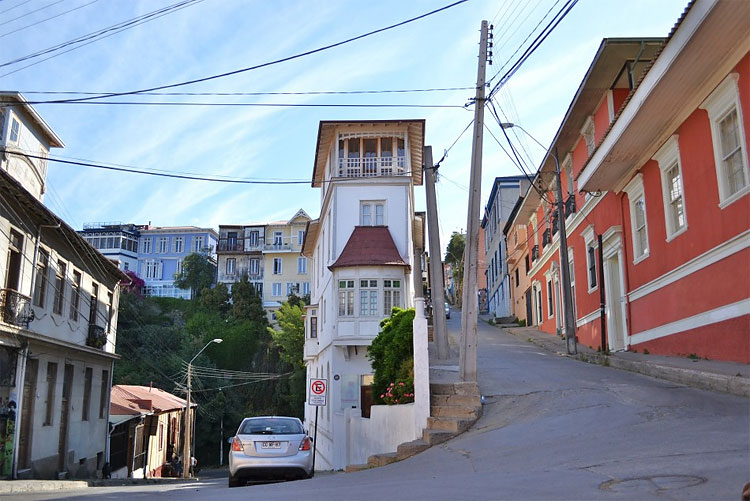 Valparaiso fell on hard times after the opening of the Panama Canal, but the ever-resilient city fought back and is now a vibrant center of Chilean culture. The fading grandeur only makes it all the more attractive to tourists who revel in its spontaneous, bohemian magnetism. 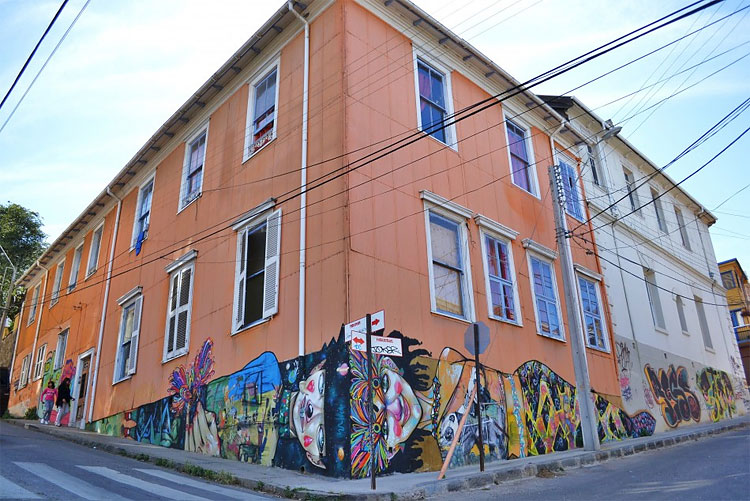 Valpo’s slim on actual attractions, partly because the town itself is like a living museum. Of particular note are the sprawling works of imaginative street art hidden within the maze-like streets and cobbled alleys. 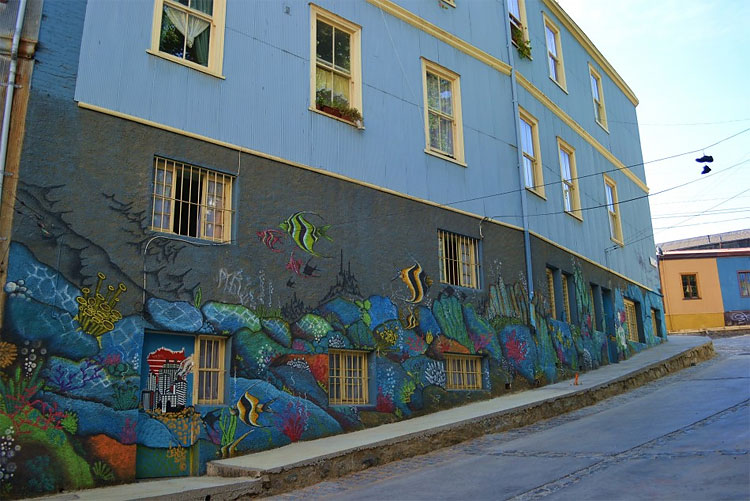 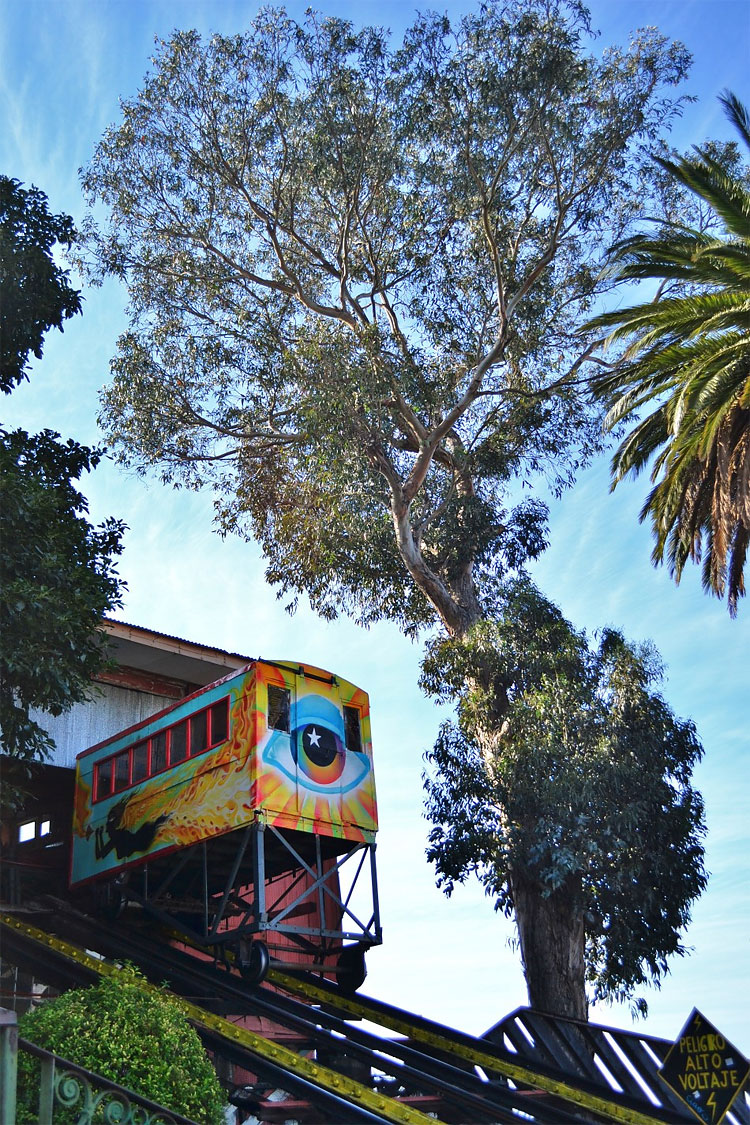 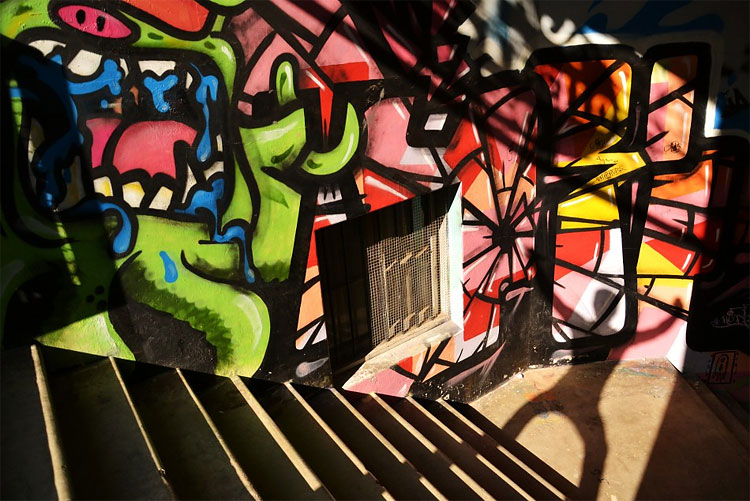 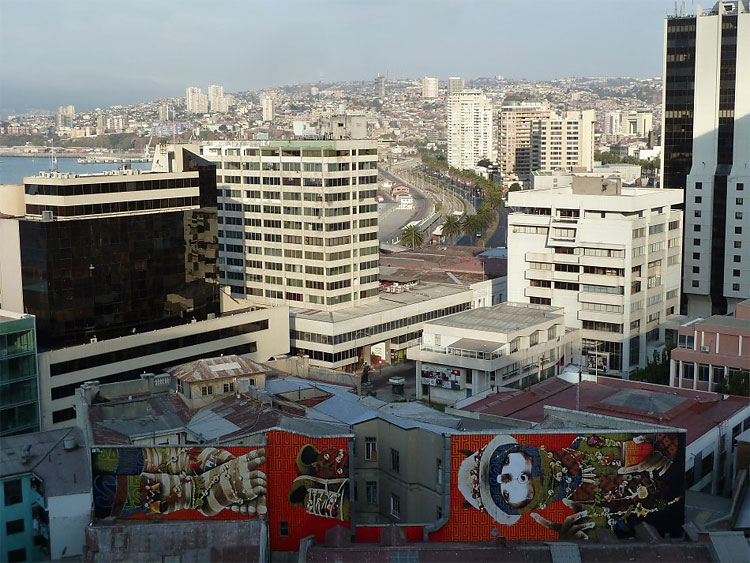 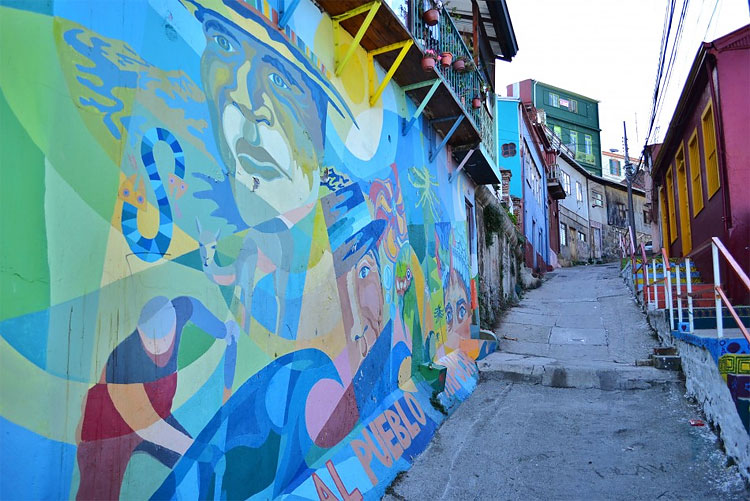 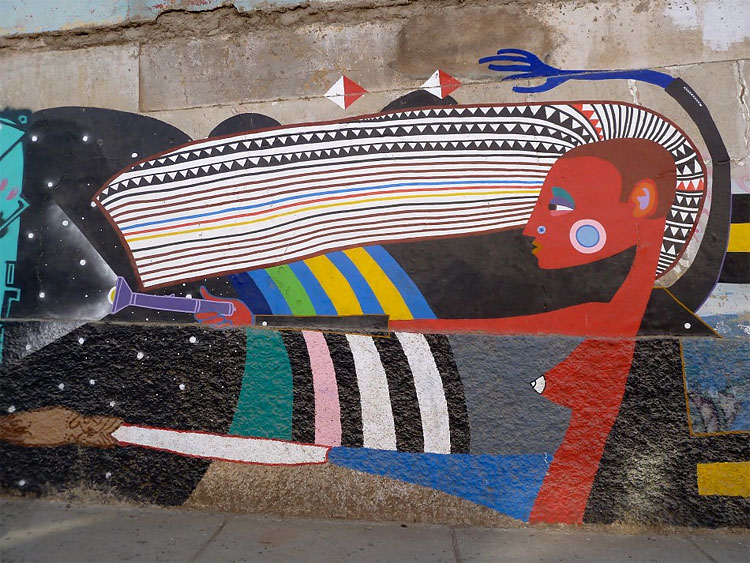 Horses, Gigantic Wooden Table and Two Chairs
5,300-year-old Pottery Statue Found in North China
An Artist Has Gone To Incredible Lengths To Paint Several Iconic Album Covers On Her Own Face
A Soviet-Era Museum In Kyrgyzstan, Built Into The Side Of A Mountain Containing over 33,000 Archeological Artifacts
The Abandoned Houses Left Behind In The Pristine Landscape Of Scandinavia
Sculptures By Susan Lordi
"No Better Way to Express Yourself"
Artist Spray Paints Floors Of Abanoned Buildings With Colorful Tile Patterns
Jakarta Built A Surburban Village On Top Of A City Mall
Mattia Bonetti Necklace Furniture
Shanghai Tower Cranes Come Down
Salvador Dali Exhibit to Open in Moscow
Legendary London’s Thinnest House is for Sale
Aerial Views by Ken Hong Leung
International Tattoo Expo 2015 in Venezuela
This Infinity Book Store Looks Like An Endless Tunnel Of Books
Wang Zi Won's Mechanical Buddhas
Barbie Suicides
Plus Temporary Installation by ALU+ABC – 2012 Milan Design Week
Great Masters Having Great Times: Miniature Art Of Lorenzo Castellini
Sculptures by the Sea 2014 – Art on Australia's Beaches
Iris Grace, The Five-Year-Old Autistic Art Prodigy
Let There Be Light
A “Ghost Tower” in Bangkok
The "Suburban House" Project
The City Of Utrecht In The Netherlands Turns 316 Bus Stops Into Bee Stops
Chinese Home Builders Find Great Location: On Top of a Shopping Mall
Incredible Photographs Of The Old Closes And Streets Of Glasgow From Between 1868 And 1877
The Tattoo Jam Festival
Frieze Art Fair
america, south, street, unusual, valparaiso