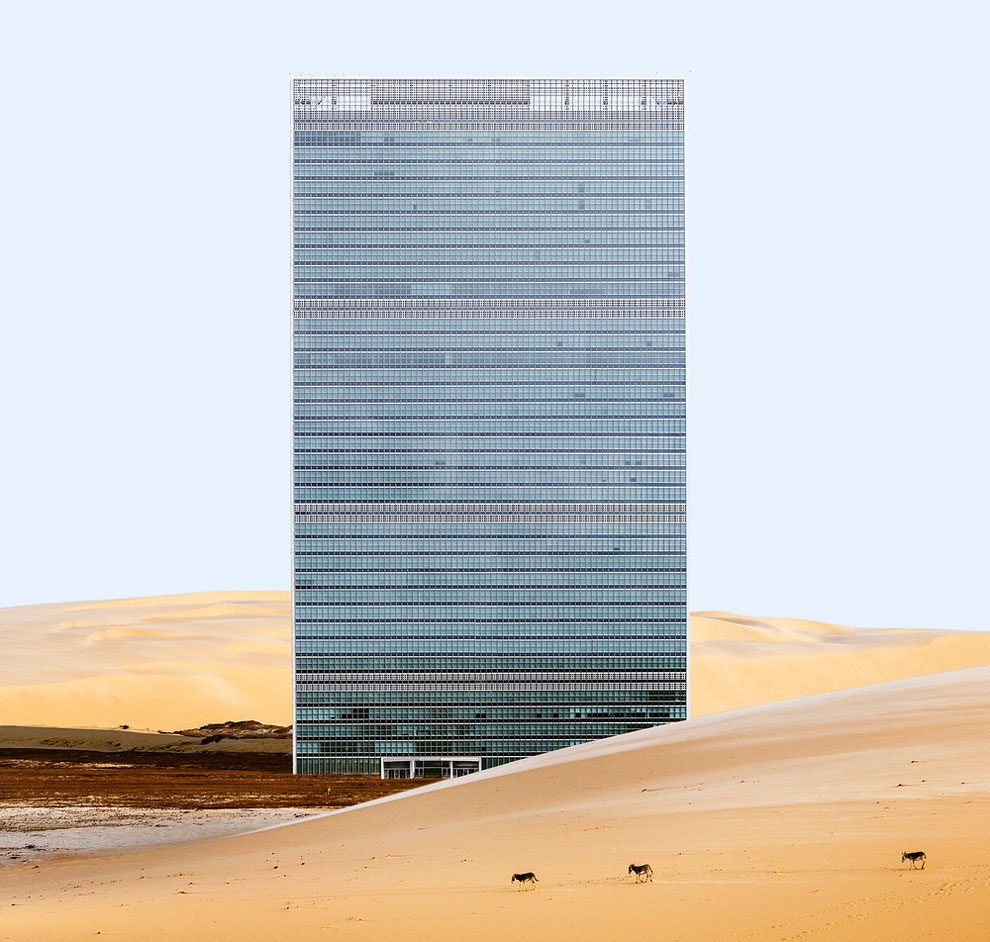 Using digital editing, designer Anton Repponen places Manhattan buildings in desolate landscapes, “inviting viewers to see them as if for the first time”. 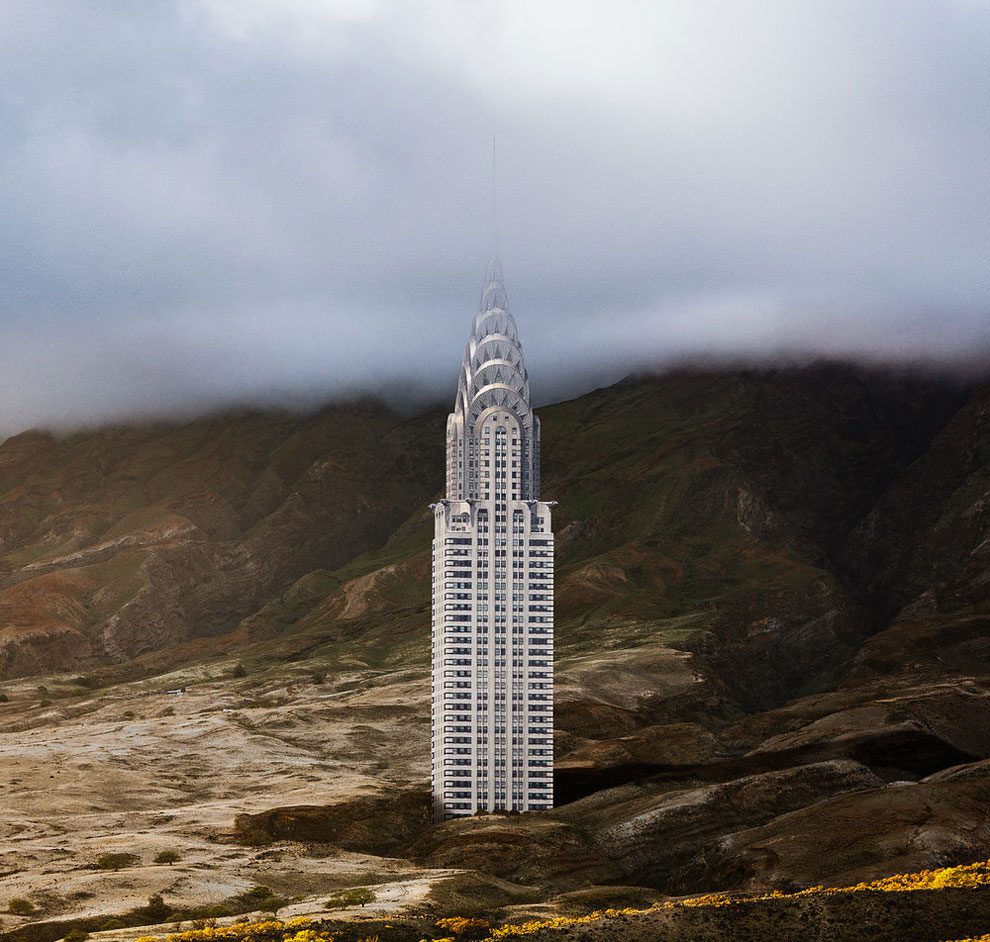 “Concrete behemoths and steel-and-glass towers rise from sand dunes and rocky cliffs, inviting viewers to see them as if for the first time”, the project states. 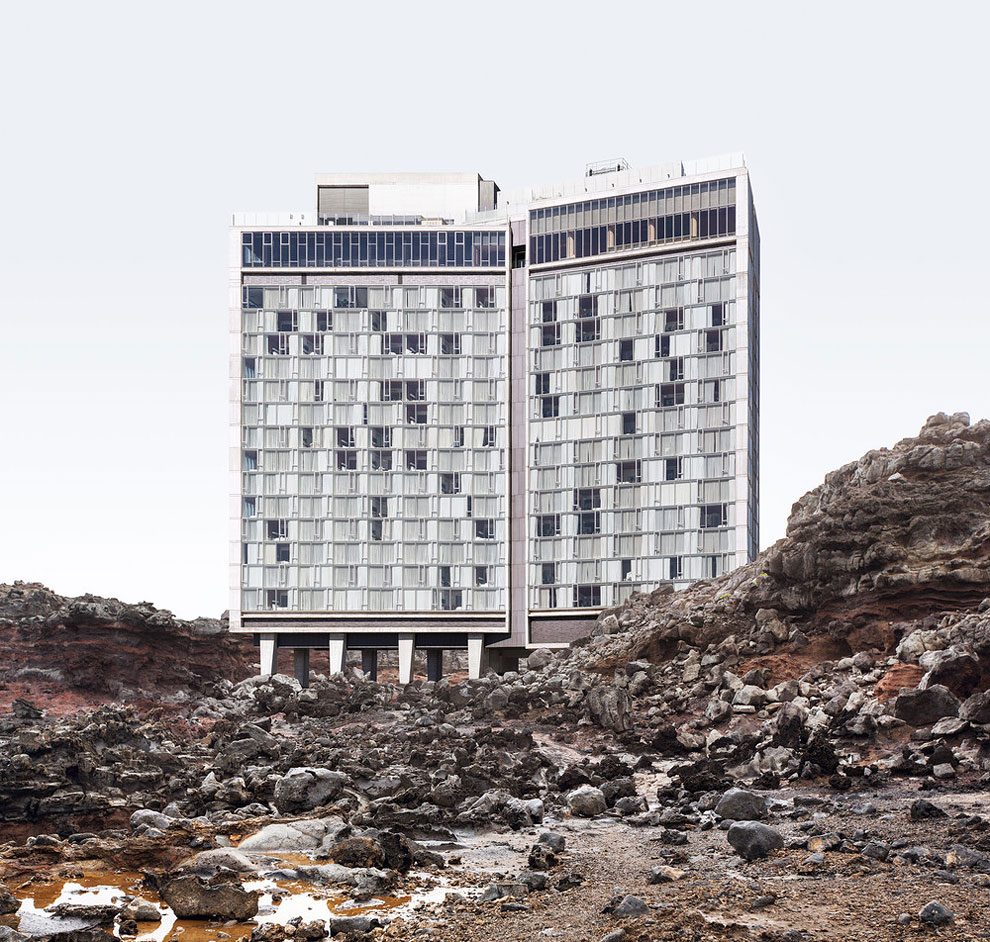 By placing these buildings in the wild, “out of context, architectural forms become more pronounced”. 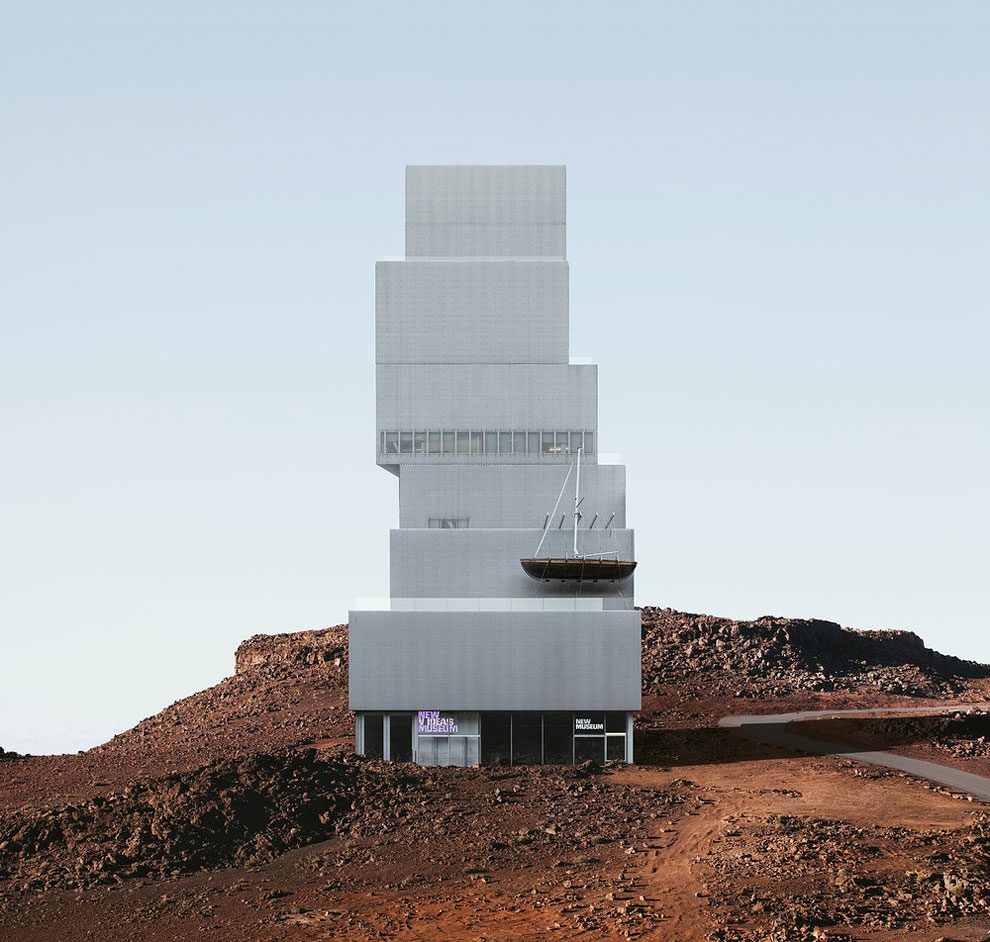 Each image is paired with a short story by Jon Earle, which you can read on the Misplaced website. Repponen calls each story “a flight of fancy that enhances the overall sense of absurdity, mystery, and humour. They are like scenes from a movie never made, fitting companions to images that could never actually be”. 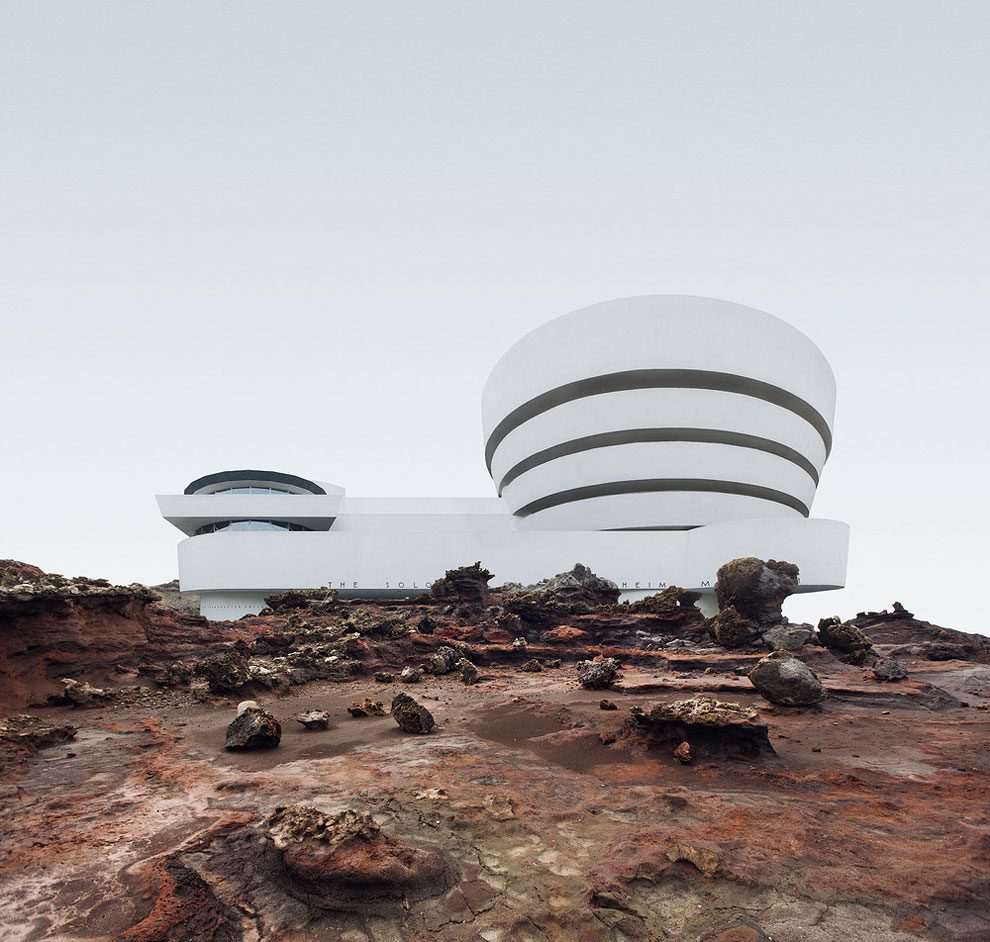 Take the Guggenheim: “Guggenheim museums”, writes Earle, “began sprouting across the globe, from the Basque Country to faraway Dubai, until there was nowhere else for them to grow. The board of directors sent agents to scour the earth for primitive lands that knew nothing of modern and contemporary art. At last word arrived of such a place. A check was written, migrant workers hired and a museum rose from the volcanic mudflats of X. Ticket sales have been sluggish”. 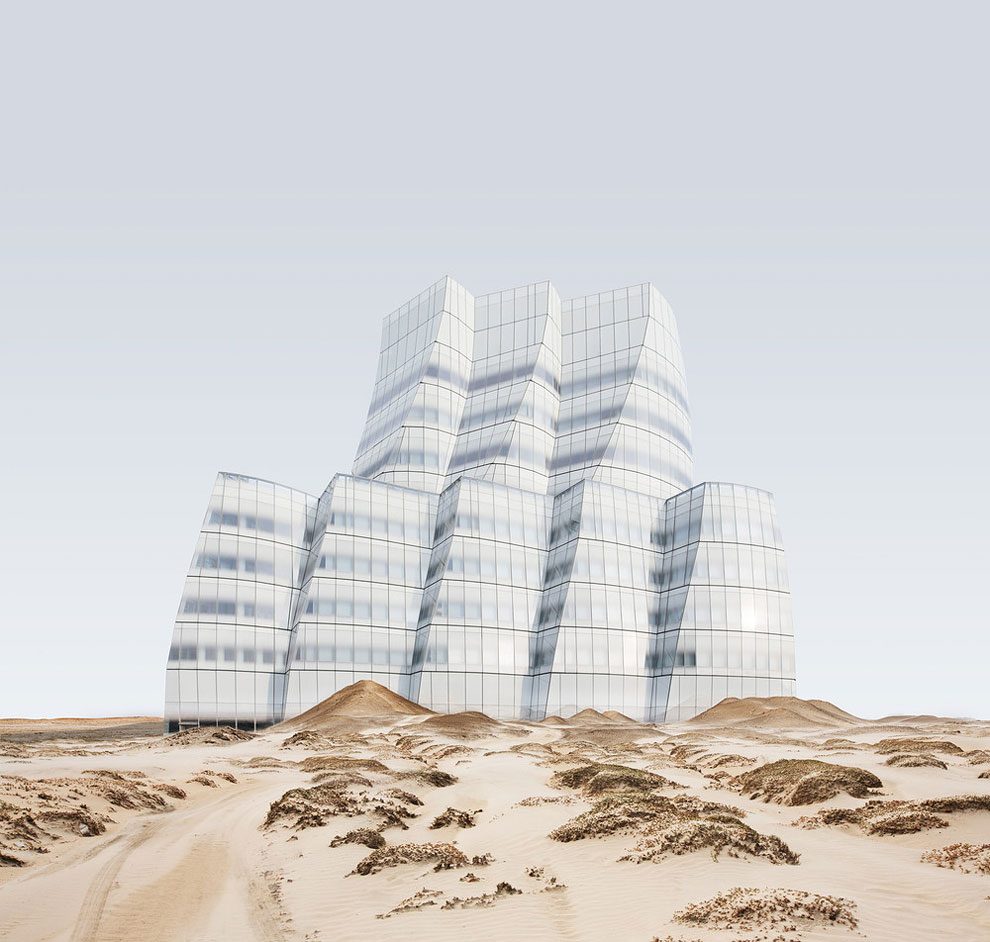 “The square-riggerish IAC Building is Frank Gehry’s only work inspired by a Monty Python song, according to Earle’s text. As a boy growing up in landlocked Albania, I always wondered: What did happen to the accountant’s’ office when it sailed off the edge of the earth in Accountancy Shanty? Was it smashed to bits? Did it disappear into a void?” Gehry mused. “I like to believe that it landed on a desolate, sandy plain, a vision I’m so glad IAC shares”. Gehry is currently working on an architectural adaptation of that scene in The Meaning of Life when the fat man explodes”. 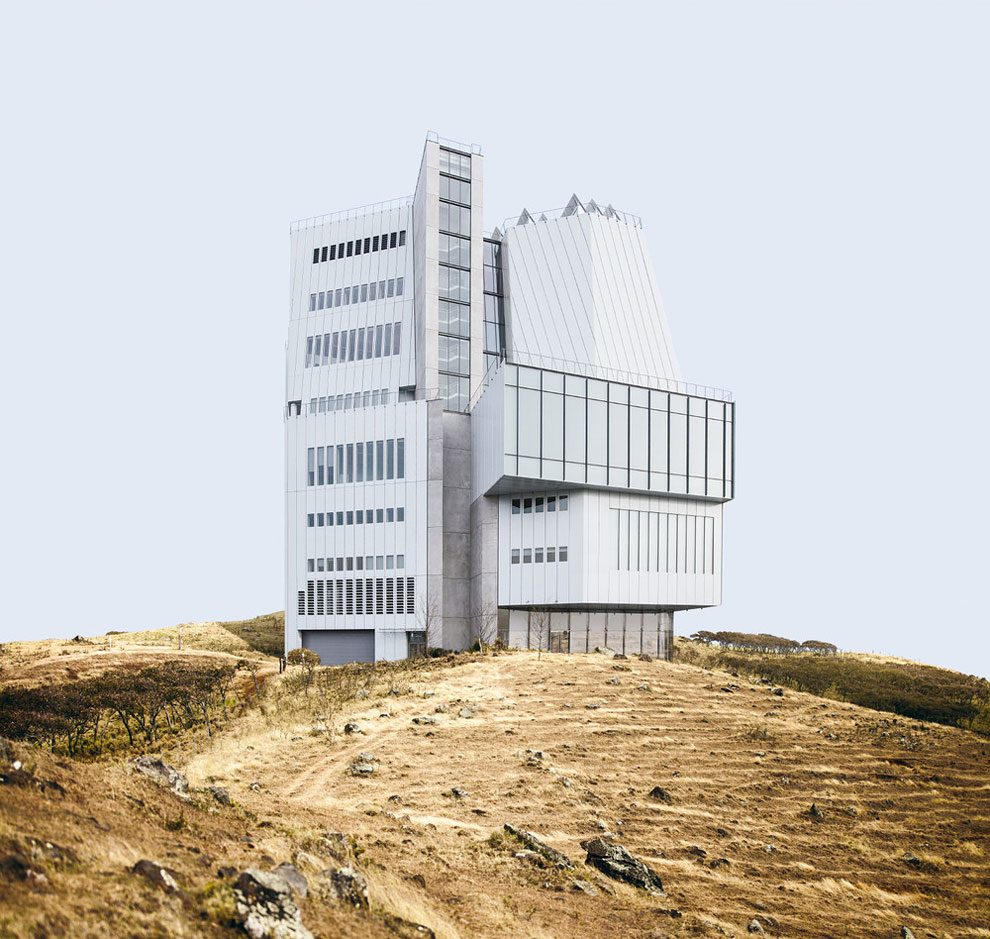 “The Whitney Museum is the ultimate prize for the serious trophy hunter. An elusive beast, the Whitney roams the plains of Mozambique in search of food and potential mates … Compared to this rare and majestic creature, the white rhinoceros is like a common squirrel. I once threw an acorn at a squirrel and hit it right on the nose. Startled, the squirrel chirped. Did you know squirrels could chirp? I didn’t. Now where were we? Oh, who cares”. 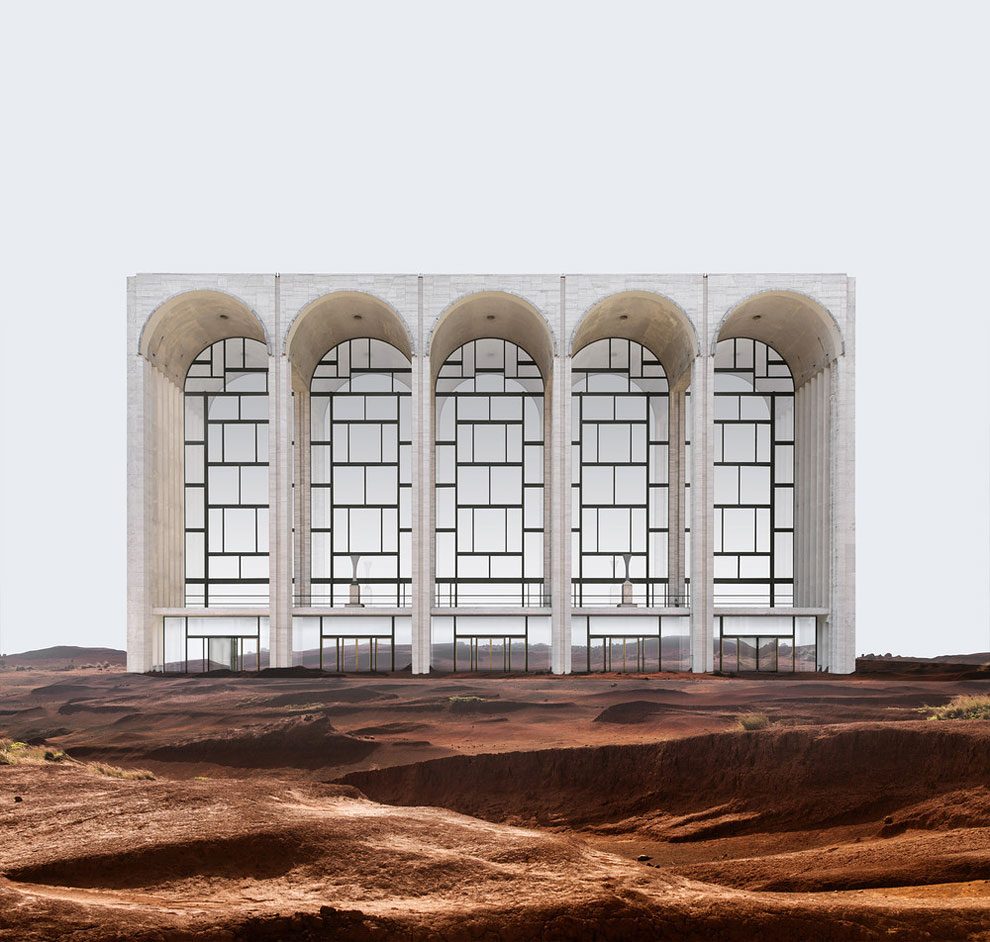 Repponen, who runs the design agency Anton and Irene, has also created a wide variety of personal projects. 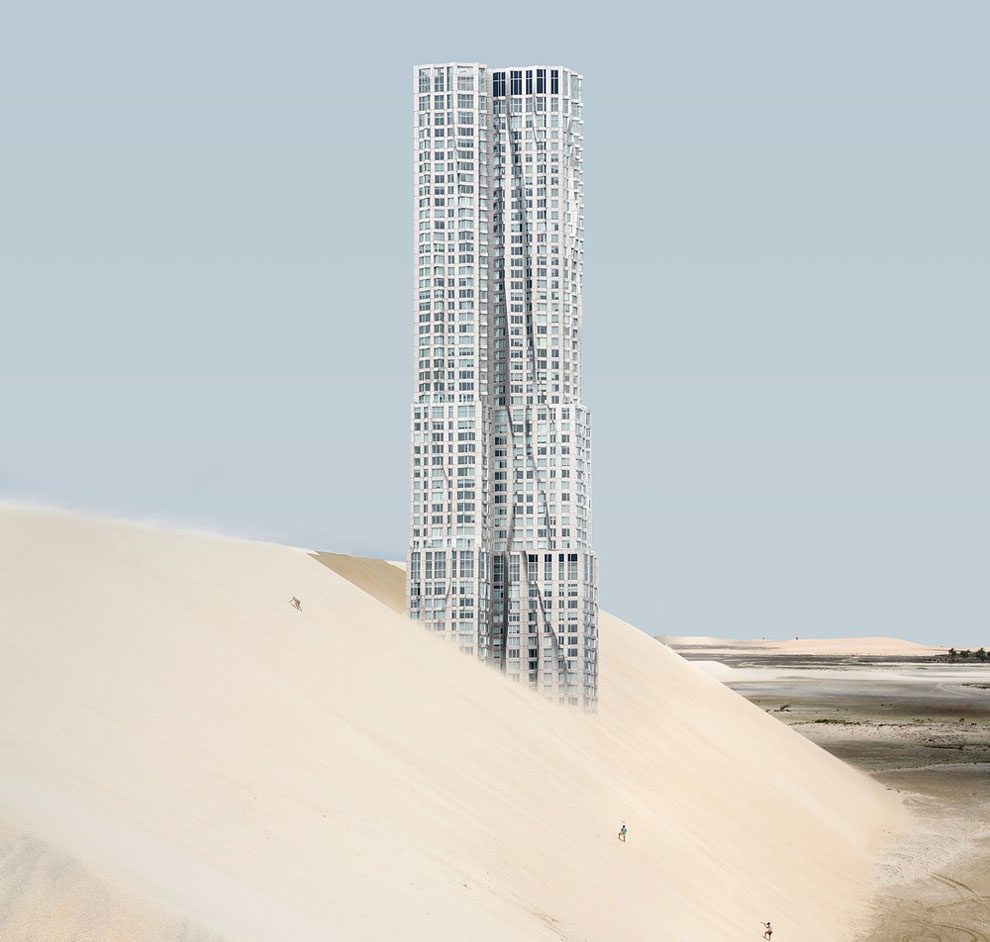 Repponen has designed everything from skateboards and milk bottles to concepts for Estonia’s Olympic uniforms. 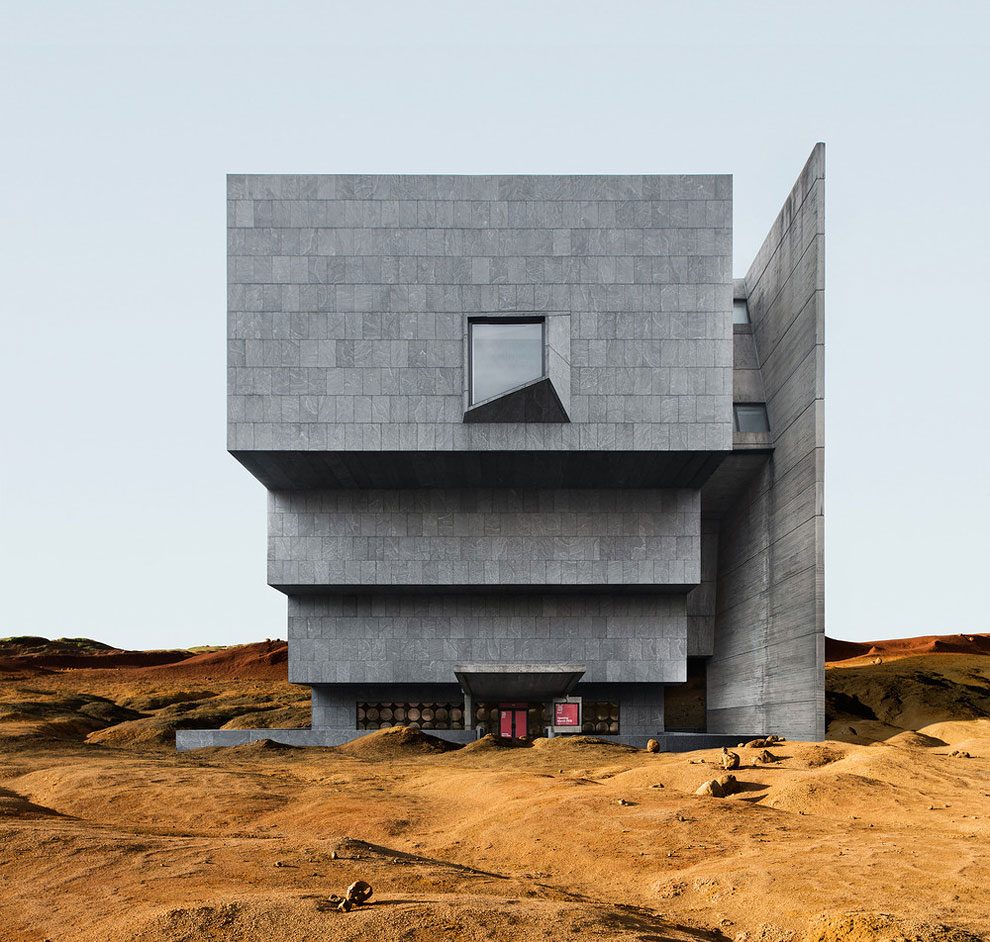 For another project, he replaced the iPhone operating system with one that resembles Apple computer interfaces from the 1980s. 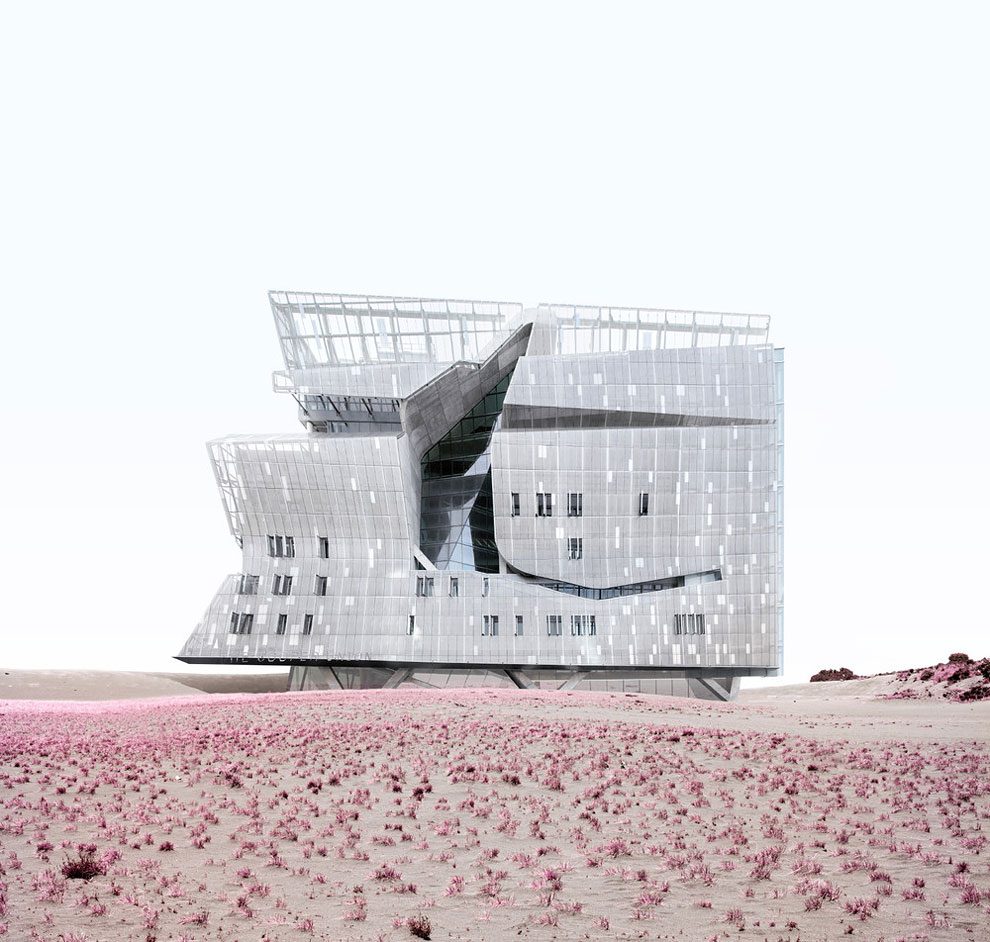 “When designing experiences”, he says, “I imagine a physical building where everything makes perfect sense and where some people will spend their lives”.

"The Other Side of the Dark": Digital Dreams by Smeccea
Shanghai Tower Cranes Come Down
Man Cave With a View
Extraordinary Design Shelter That Looks Like A 'Flintstones House', And No One Wants To Buy It
A Giant Ancient Egyptian Statues Unearthed
Artist Transforms Herself Into Different Characters Using Only Makeup
Woodstock Castle: One of The Craziest Homes We’ve Ever Seen
These Buildings Drawn On Pieces Of Cardboard To Create A 3D Effect By A 5th-Year Student Of Architecture
This Guy Creates Mystical Sculptures Using Wire, Rocks And Crystals
This Is How NYC Central Park Would Have Looked Based On A Rejected Design From 1858
Fake Swiss Chalets That Were Actually A Secret Military Weapon
This Chinese Farmer Built A Two-Storey Space Shuttle Replica On The Roof Of His House
Chinese Company Builds A Bamboo Treehouse Without Nails Or Screws
Head in the Clouds by Studio Klimonski Chang Architects
Camping Luca Vuerich by Giovanni Pesamosca
Boat Roofed Shed in Wales
Architectural & Technology Company Builds Curve Appeal 3D-Printed House
An Optical Illusion Bookstore in China
Through The Looking Glass: Designer Created Futuristic Silk Scarves Inspired By The Expressive Refraction Of Shape And Colours
Lovely House Built by a Russian Blacksmith
Olympus BioScapes Digital Imaging Competition 2012
City Hall - The Ghost Subway Station of New York
Real Size Replica Of The Noah's Ark Opens At Kentucky Theme Park
"En Route To The Final Frontier": The Best Of The Superb Sci-Fi Digital Artworks By Nicolas Bouvier
designer, digital, editing, manhattan, places, using