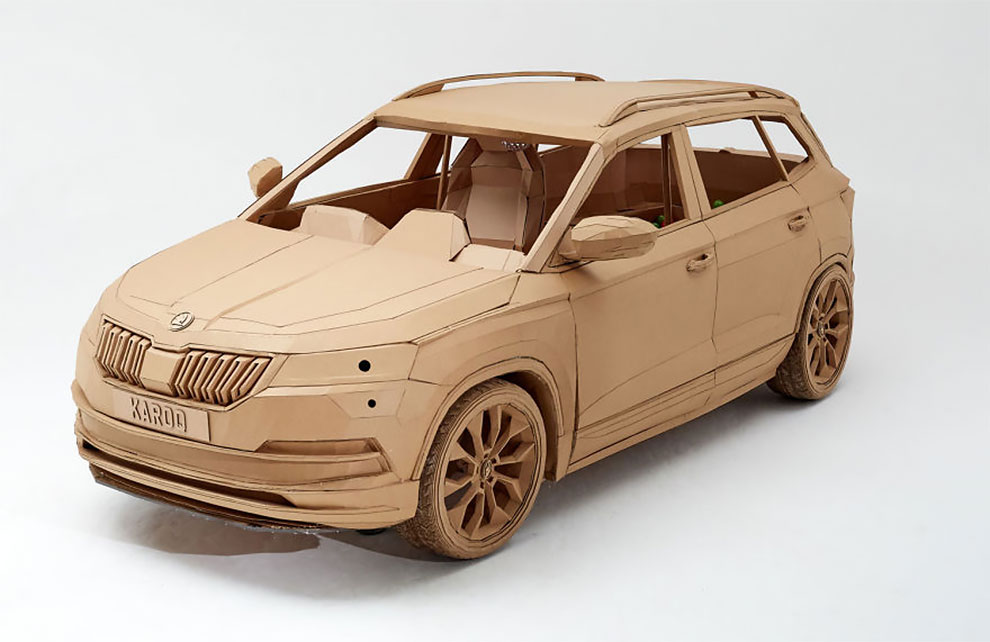 To celebrate the launch of ŠKODA’s karoq, the czech automobile manufacturer has created the ‘world’s most child friendly SUV’ built entirely out of cardboard. The ‘kid karoq’ takes direction from research ŠKODA research asking 1,000 under-11s what they’d pack into their perfect car and features a game-console, touch screens, a ball pit, slide, speakers and WIFI.

Created by british designer and maker Liam Hopkins of studio, Lazerian – which specialises in cardboard design – the kid karoq was inspired by findings that almost three-quarters of children have built their own cardboard creations. It took ten weeks and a total of 600 hours to painstaking craft and build what is exactly the same size as the real car: 4.4 metres long and 1.6 metres tall.

ŠKODA research found that among the highest polling features in the survey, kids wanted the ability to play music of their choice, a tablet to play and stream programmes on, and an integrated movie projector. Inside, the kid karoq has all the features highlighted in the survey – plus some additional goodies. Mini-motorists can climb into a hand-crafted driver’s seat and play with a portable games console that has been installed into the dashboard display. the cardboard centre console also houses a digital tablet that controls a set of wireless canton speakers, and mirrors many of the features found in the real karoq’s 9.2-inch columbus infotainment system; meaning kids can choose the music without pesky grown-ups changing the track.

In the absence of the LED ambient lighting found in the real karoq, children can dance the day away under a multi-coloured disco ball. A slide and ball pit takes pride of place, containing over 1,500 balls (the precise number of balls that fit into the real karoq’s cavernous 1,810 litre boot space). Other features include WiFi hotspot, a film projector, play-time bean bags, a toy box and a secret den underneath the bonnet where children can keep an eye on the outside world through cleverly disguised spy holes. 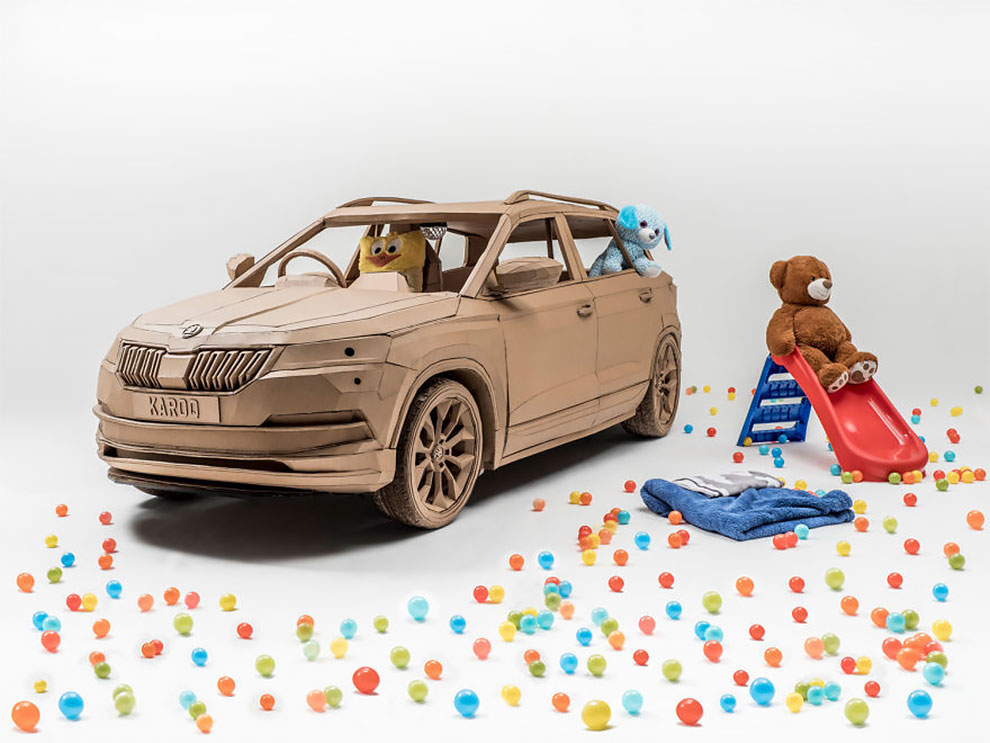 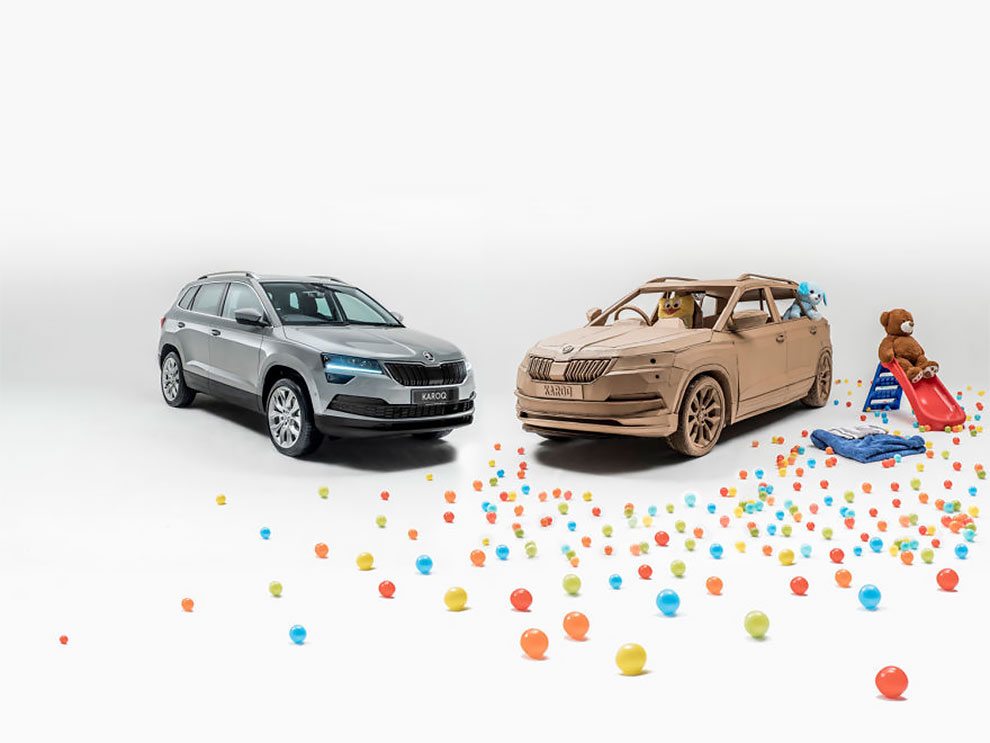 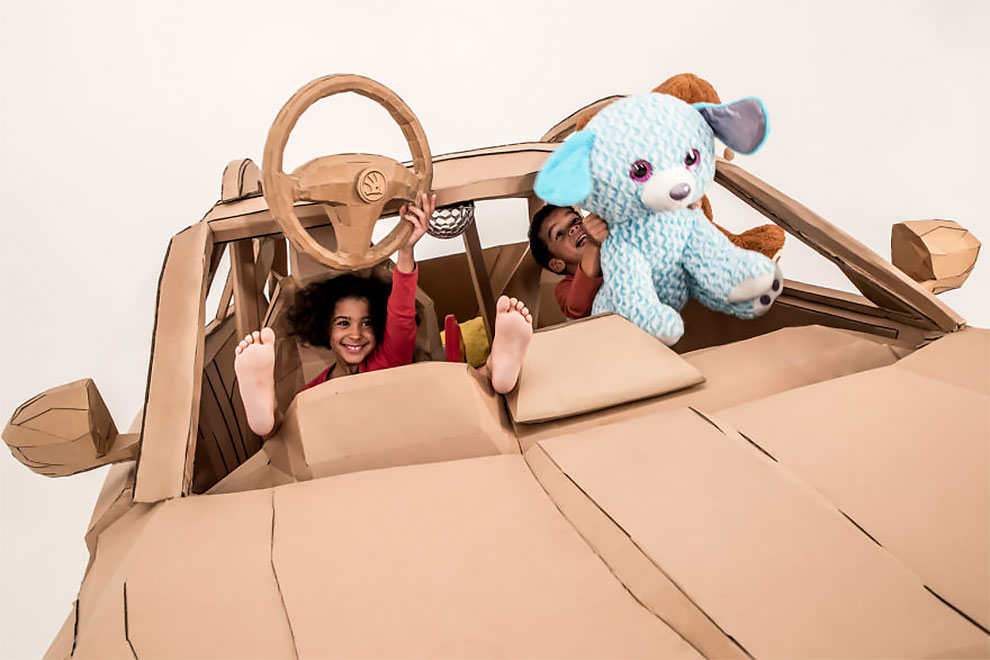 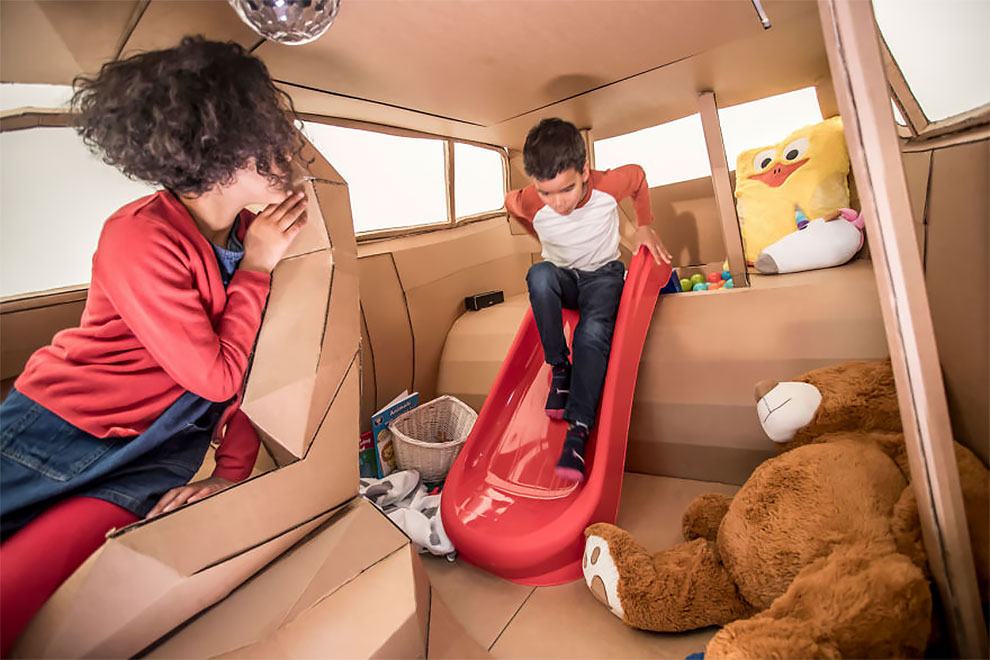 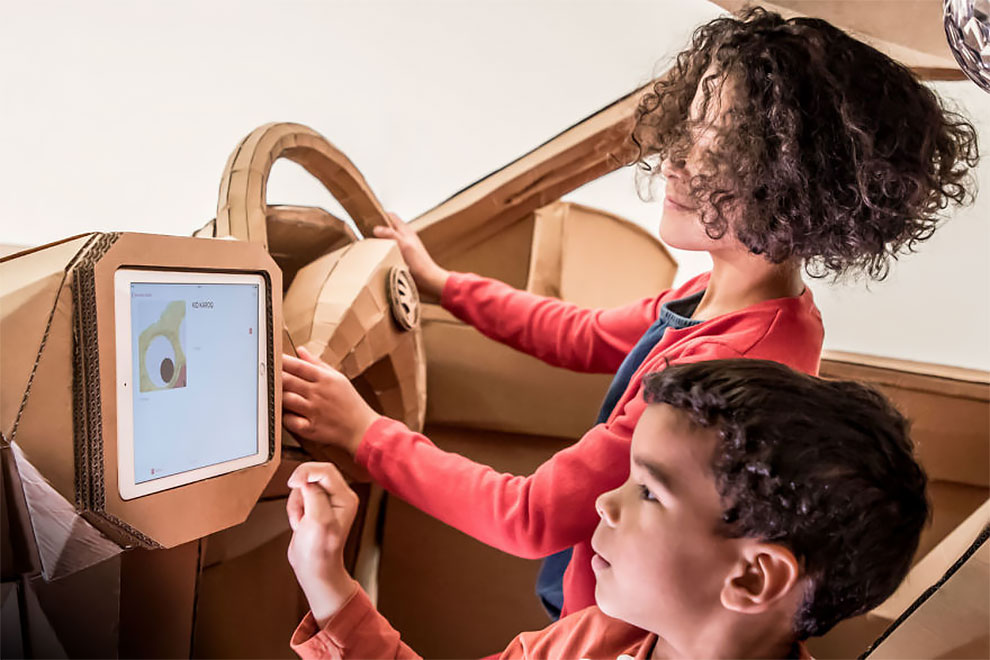 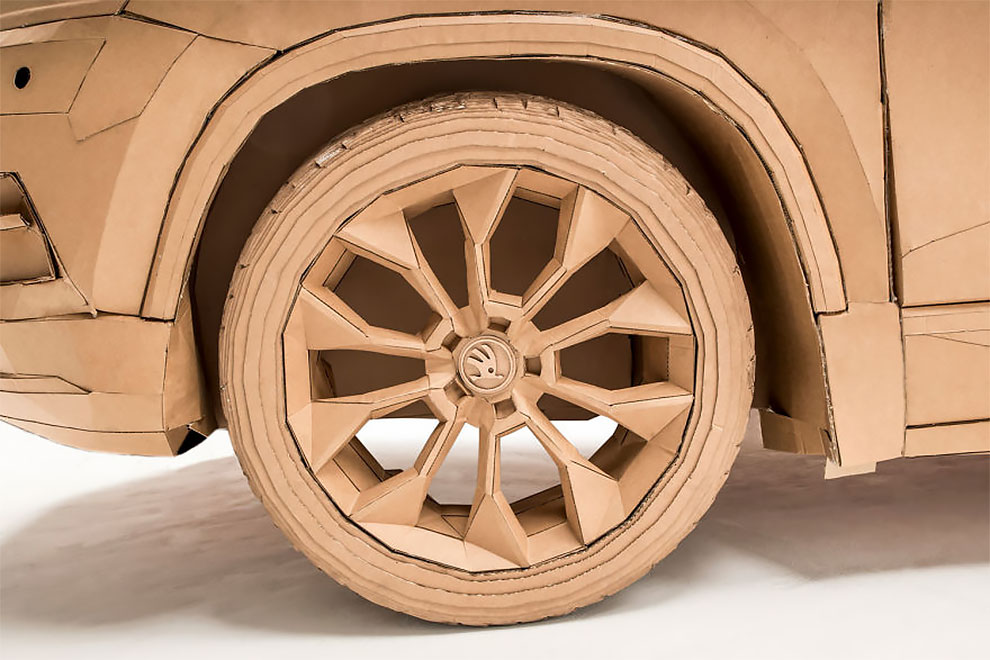 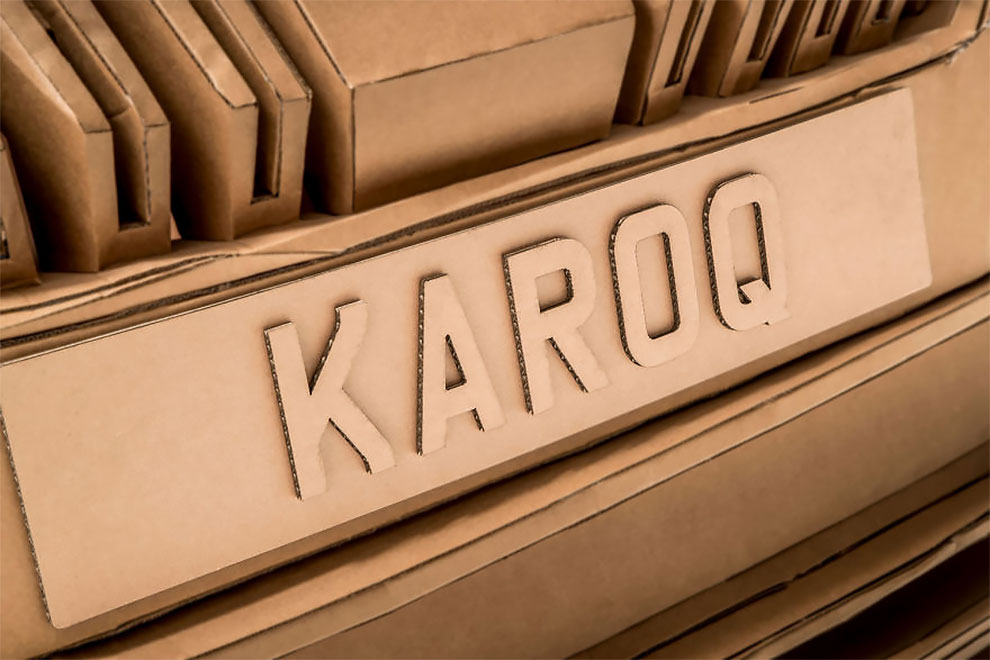 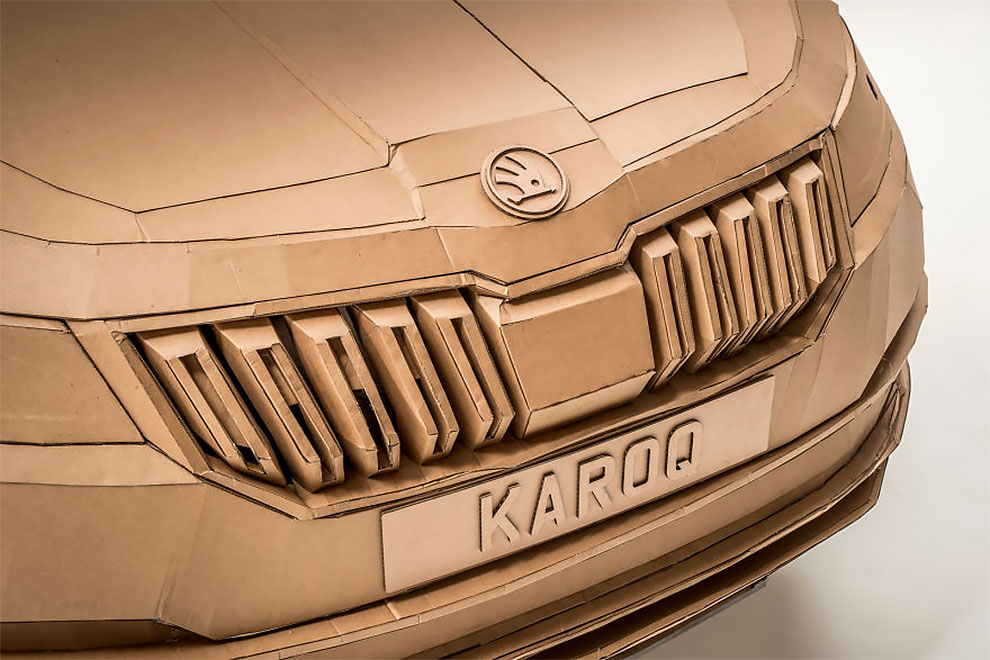 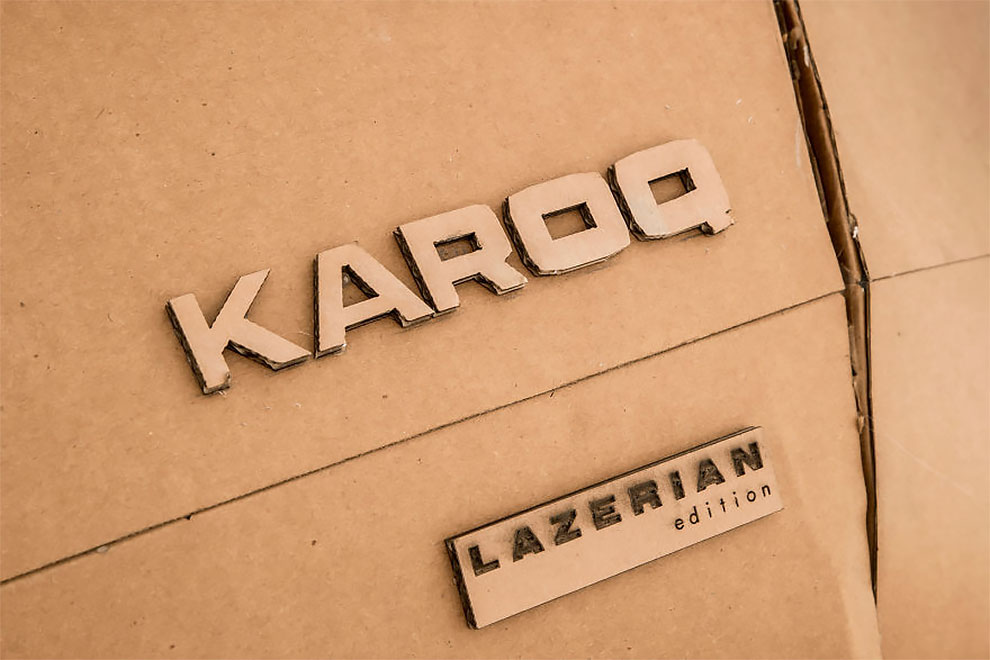 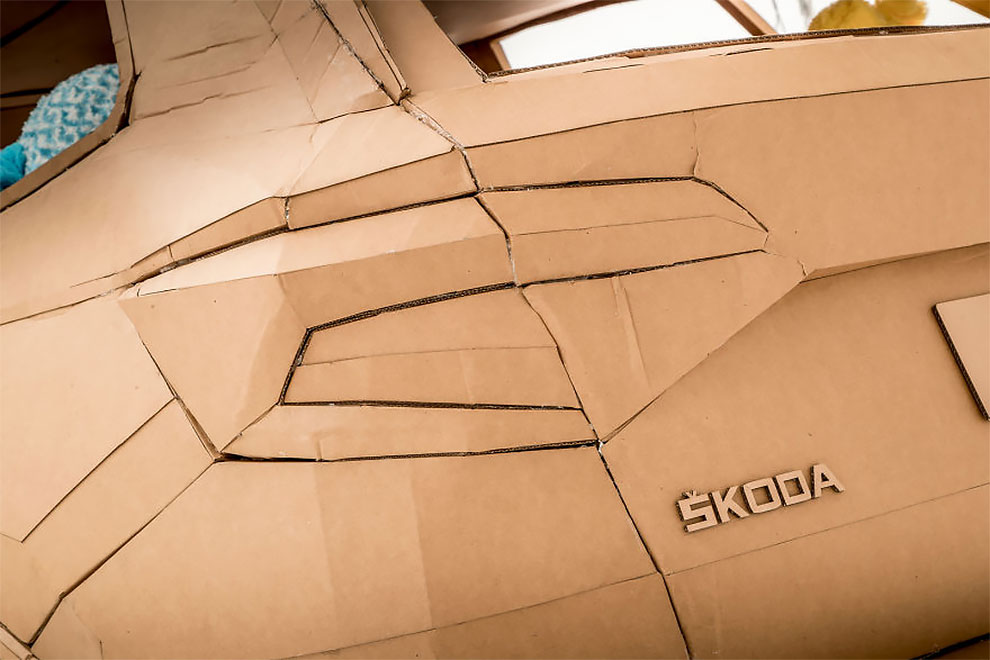 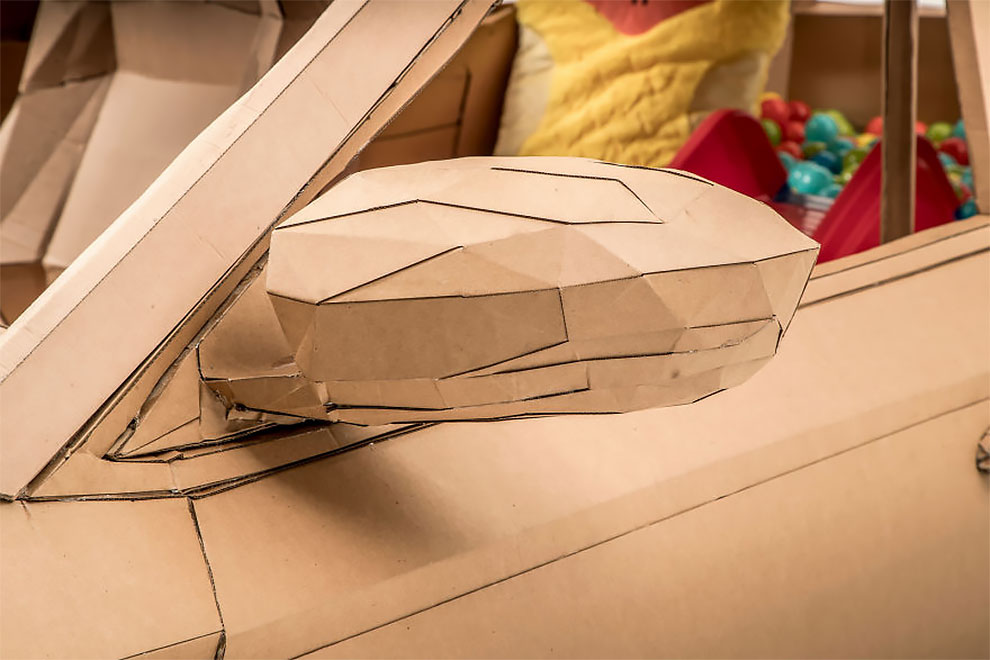 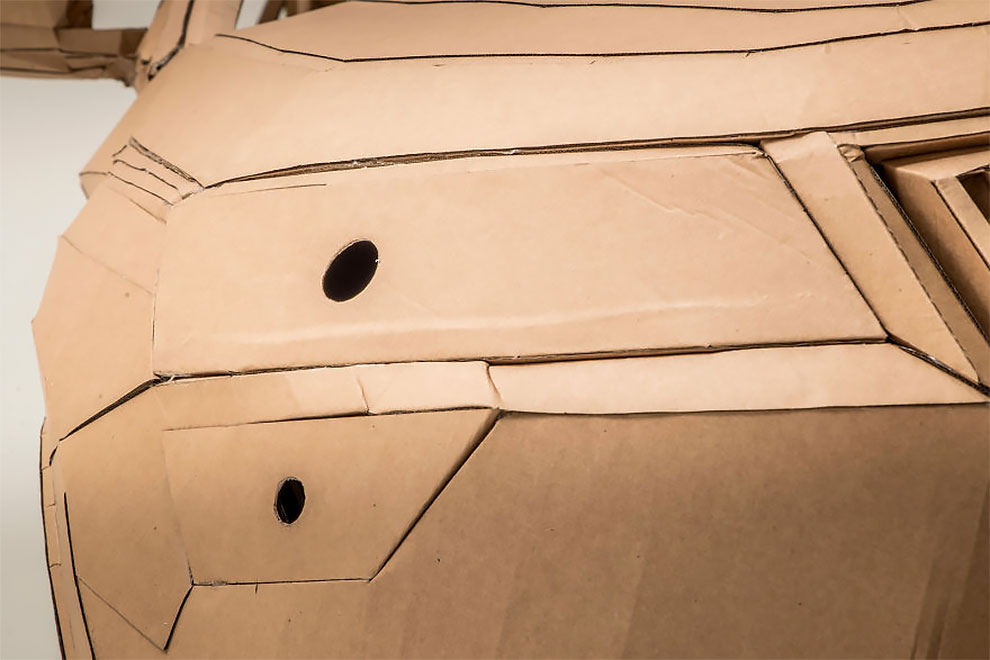