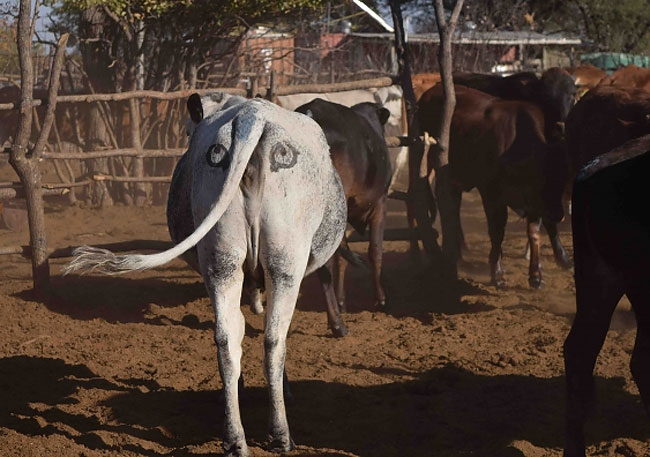 For more than 10,000 years, ever since man started herding cattle for food and enrichment in Africa, lions have been a huge problem. A lion, or, more likely, a pride of lionesses – who are the real hunters – can ruin a small farmer’s livelihood by killing even a single cow, especially one that is pregnant or producing milk. Thanks to Botswana’s excellent conservation policies, the country has one of Africa’s largest wild lion populations – estimated at 3,000. For poorer subsistence farmers, though, it is harder. 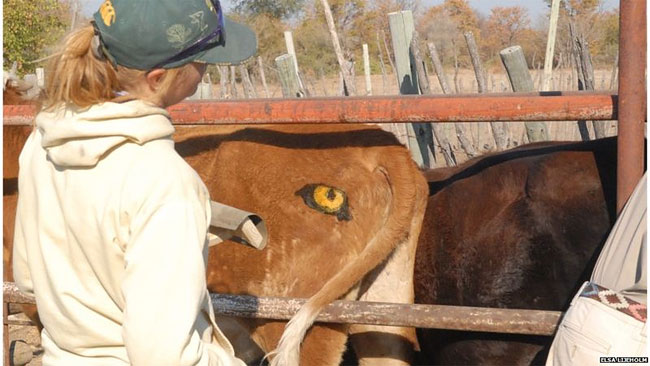 On a field trip, Neil Jordan, a conservation biologist from UNSW, watched a lion stalk an impala for 30 minutes but suddenly abandon his prey when the antelope turned and looked at the predator. This made him think that perhaps it was the eye contact that had saved the impala. What if, he reasoned, an eye was painted on the rump of the animal? Would that have the same effect? 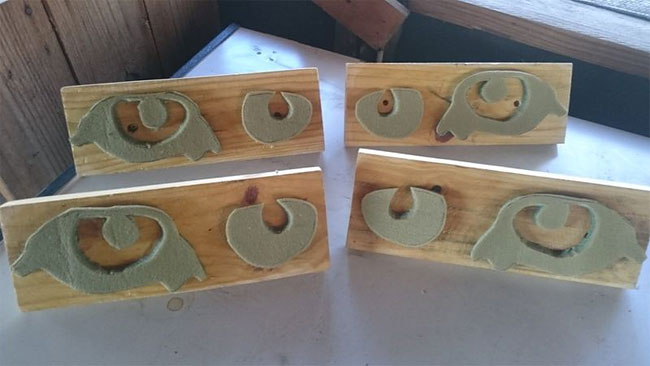 “I was very reluctant to share the idea at first because it does seem a bit wacky,” Mr Jordan admits. “But when we ran a short trial in 2015, we got promising, but as yet inconclusive results.” 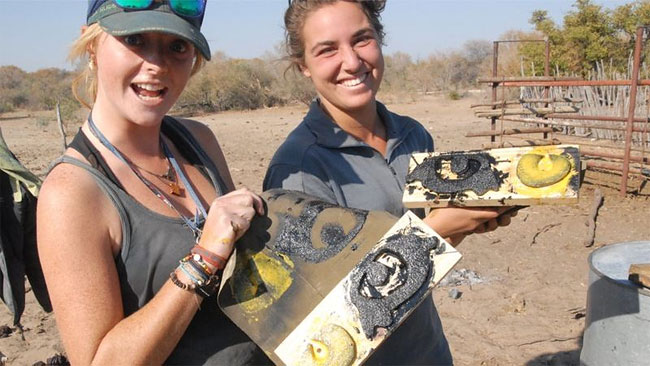 In the initial study, Mr Jordan and his team painted large eyes on a third of a herd of cows on a farm on the edge of a wildlife area near Maun, in the north of the country. The results were encouraging. Lions killed three of the 39 unpainted cows but none of the 23 painted cows was taken. 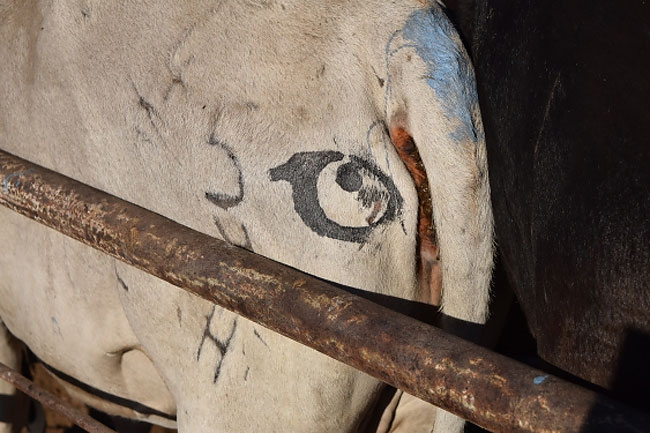 Taiwanese Shop Owner Installed A Glass Ceiling For His Cats And Now They Won’t Stop Staring At Him
This Russian Fixed His Car Bump On A Most Genius Way Ever, By Painting
Rabbit Showjumping at an Animal Fair in Stuttgart
A Humorous Collection Of Photos Of Funny And Adorable Cats As They Play With Catnip By Andrew Marttila
"Cats In Hats"
Rare Pink Dolphin Is Spotted Near Louisiana's Coast
"Under-Cats": Photographer Andrius Burba Captures Photos Of Cats From From Underneath In Colorful Backgrounds
India Destroys Stockpile of Illegal Wildlife Parts
Turn Your Cats Into Furry Train Conductors With Colorful Cardboard Trains
Argentina Tiger Triplets
2007 ‒ 2023 by Design You Trust. Proudly hosted by WebHostingBuzz.
Privacy Policy · Terms of Service · Content Removal Policy ❤️ 🇺🇦