“The Swing” By Jean-Honore Fragonard 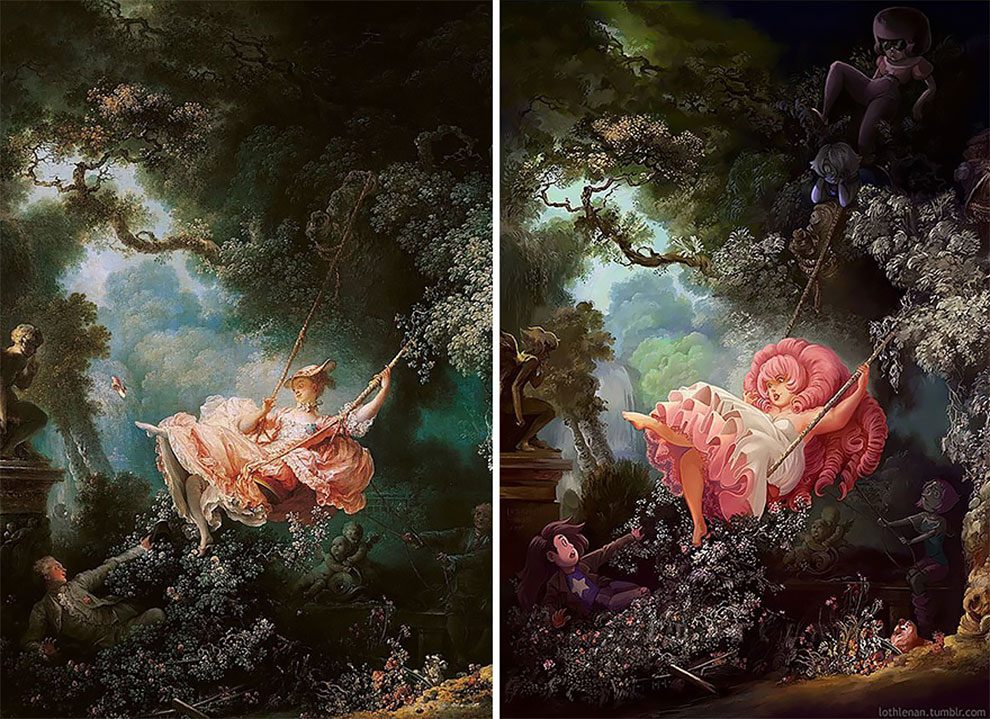 Classical art is beautiful to look at, but some of us have a hard time relating to it. A digital artist on Tumblr named Lothlenan is changing that by turning some of fine art’s most timeless pieces into geeky fantasy settings.

“Woman With A Parasol” By Claude Monet 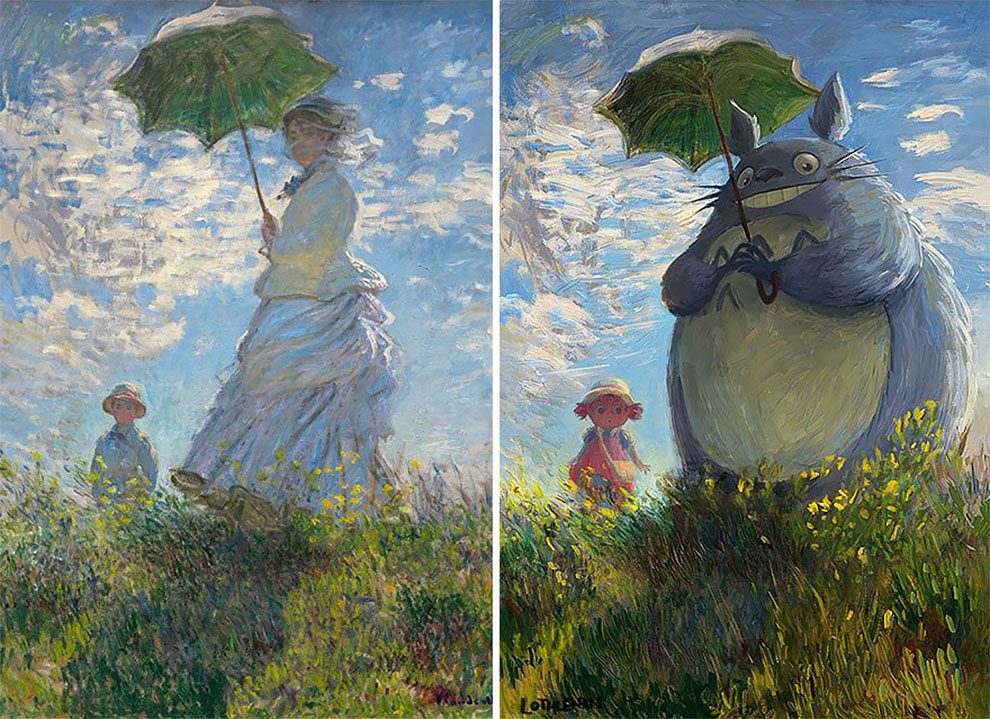 So far, they’ve revamped 7 tableaux, inspired by fandoms like Sailor Moon, Adventure Time, and The Legend of Zelda. It’s amazing how century-old paintings take on such a modern feel when combined with elements of Anime!

“The Accolade” By Edmund Leighton 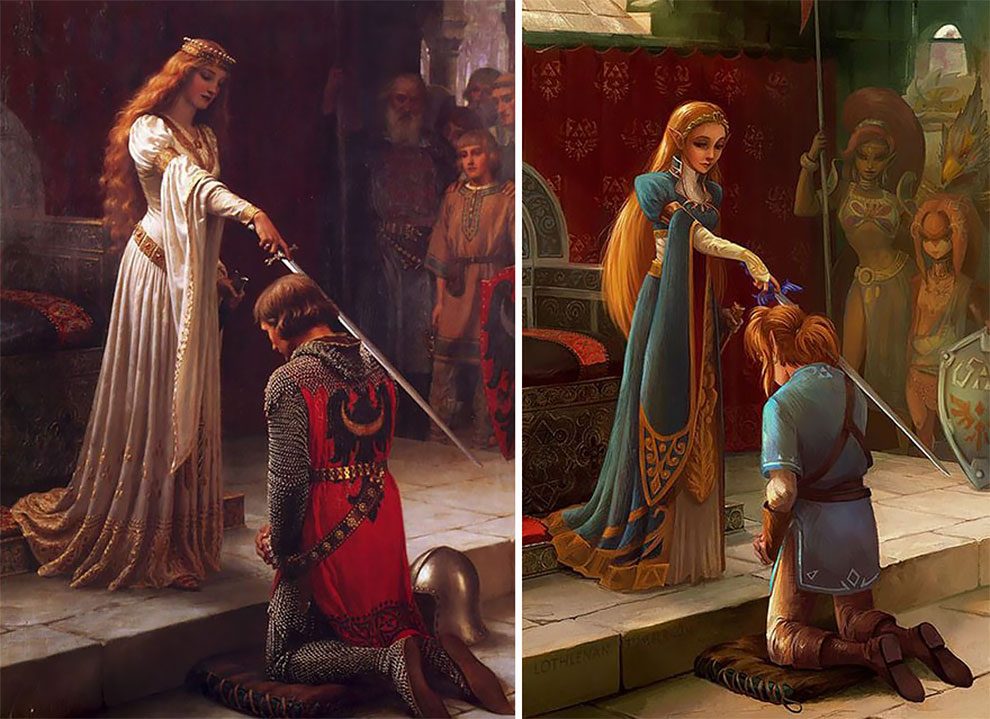 If you’re a geek extraordinaire and can’t even deal with how flipping cool these paintings are, you’re in luck – Lothlenon currently operates a Redbubble store where they sell stunning prints of each design. Who wouldn’t want an impressionist Totoro-à-la-Monet on their wall?

“A Portrait Of Louis Xiv” By Hyacinthe Rigaud 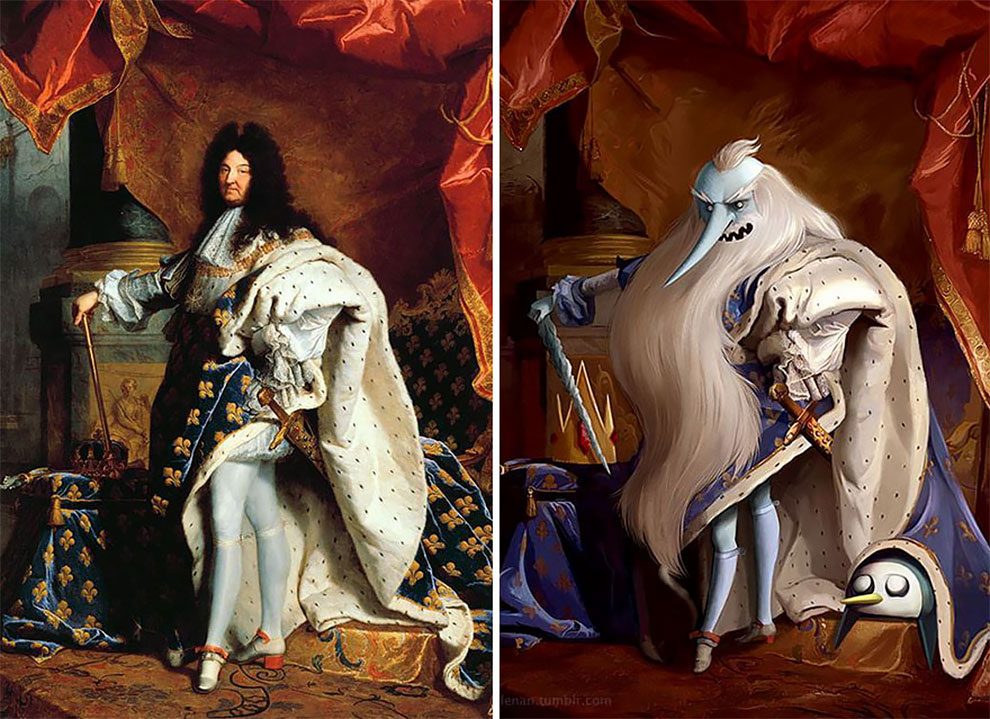 The Scream (of Nature) By Edvard Munch 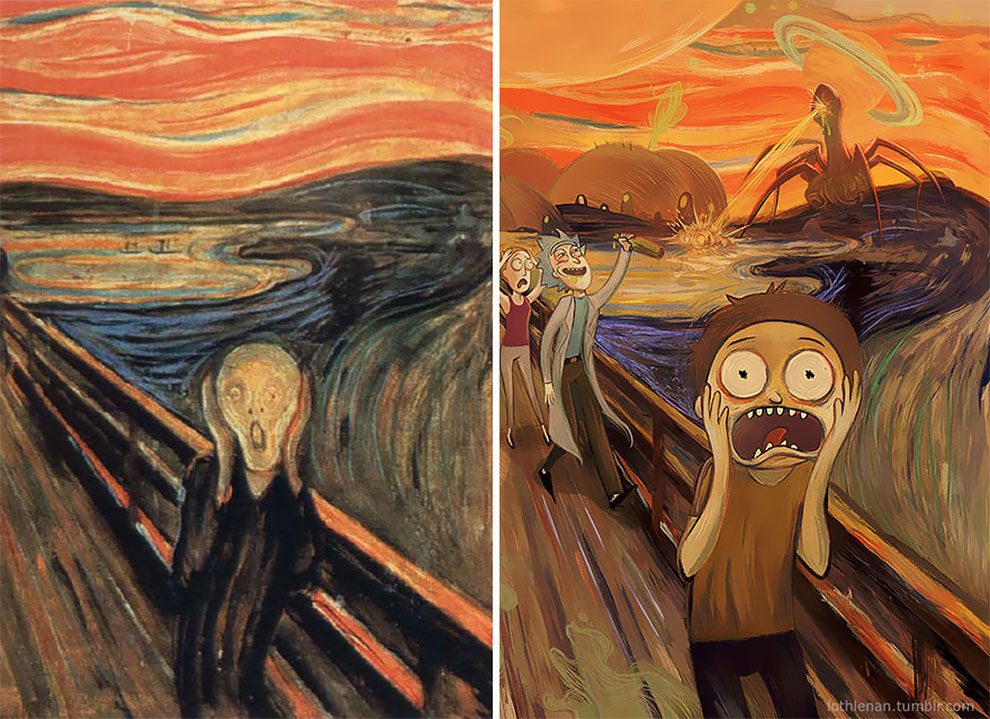 “Lovers On A Swing” By Pierre Auguste 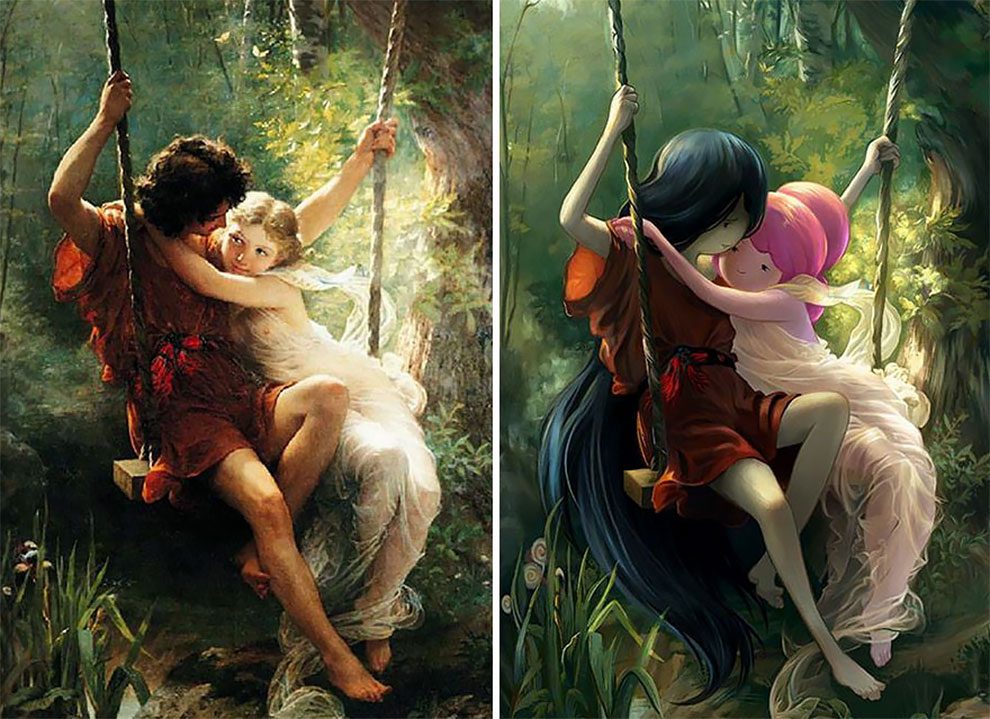 “Self Portrait With Her Daughter” By Madame Le Brun 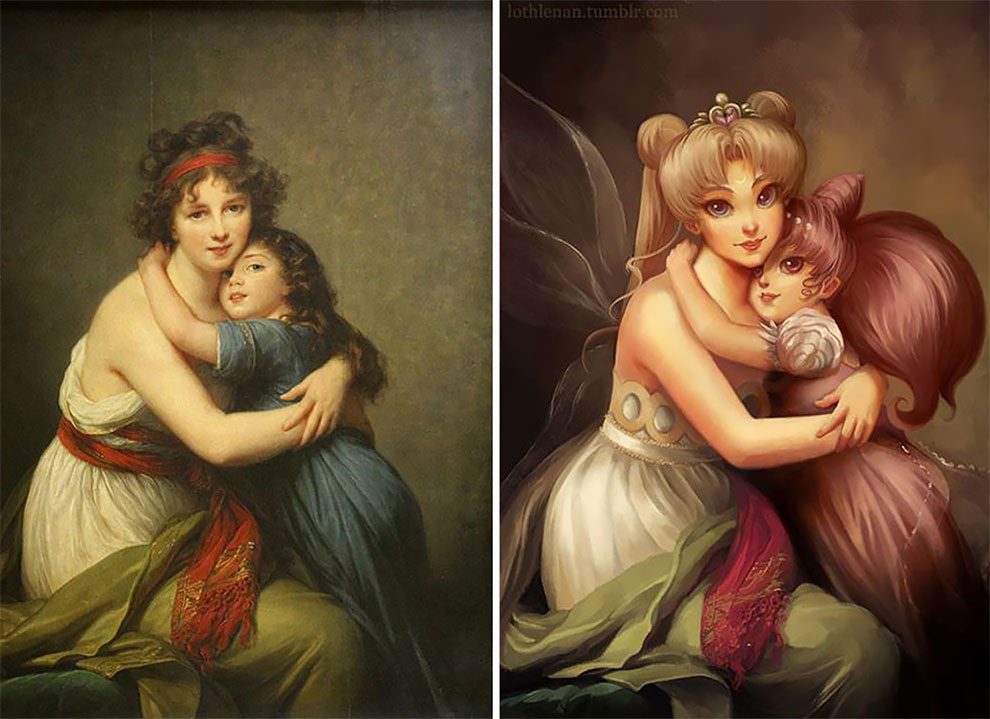 Fantastical Paintings Of Animals Within Post-Apocalyptic Environments By Martin Wittfooth
Elegant Drawing Of Girls Wearing Dresses Made Of Real Flower Petals
"Forever Alone": Superb Editorial Illustrations By Angelica Alzona
"The Land Of Slaves The Land Of Lords": Sad Elephant Amidst Russia’s Misery
This Portuguese Artist Creates 3D Paintings That Look Real Enough To Touch
Luisa Azevedo And Her Fairy Animal Photo Manipulations
30 Thought-Provoking And Honest Illustrations About Our Lives By Stephan Schmitz
Delightfully Sarcastic Illustrations Everyone Will See Themselves In
Russian Pixel Melancholy by Dmitry Bogolyubov
The Many Faces of the Tiger: Funny Drawings by Bu2ma
Woman Warriors: Artist Drew These Women Of Different Body Types As Powerful Warriors
"Honest Slogans": What People Really Think Of Brands By Clif Dickens
Theme Park Covers Topless Mermaid Statues With Bronze Tops In Effort To Become 'Family Friendly'
Pugs, Star Wars, and The Troubles of Life: Graham Annable's Nicest Pictures
The Expressive Digital Fashion Collages by Charles Bentley
Adidas Originals: Lakeside Stories
"Against The Resistance": The Superb Digital Concept Artworks By Florian De Gesincourt
Turkish Artist Hossein Diba Creates These Creepy Realistic Recreations Of “The Simpsons” Characters That Will Give You Nightmares
Artist Creates A Christmas Miracle On Windows Of A Children’s Hospital
Disturbing Dreams: The Superb Bizarre Art by Miles Johnston
What Art Icons Would Look Like In Today’s Society
"Make the World Go Away": The Surreal and Inspirational Artworks of Ioana Harasim
An Artist Creates Silly Comics With Unexpected Endings
A Series Of Simple Illustrations About Coronavirus And Safety Measures From The Chinese Artist
better, classical, geeky, getting, makeover, paintings