“Little Mermaid” Smeared In Red In Protest Against Whaling In Copenhagen 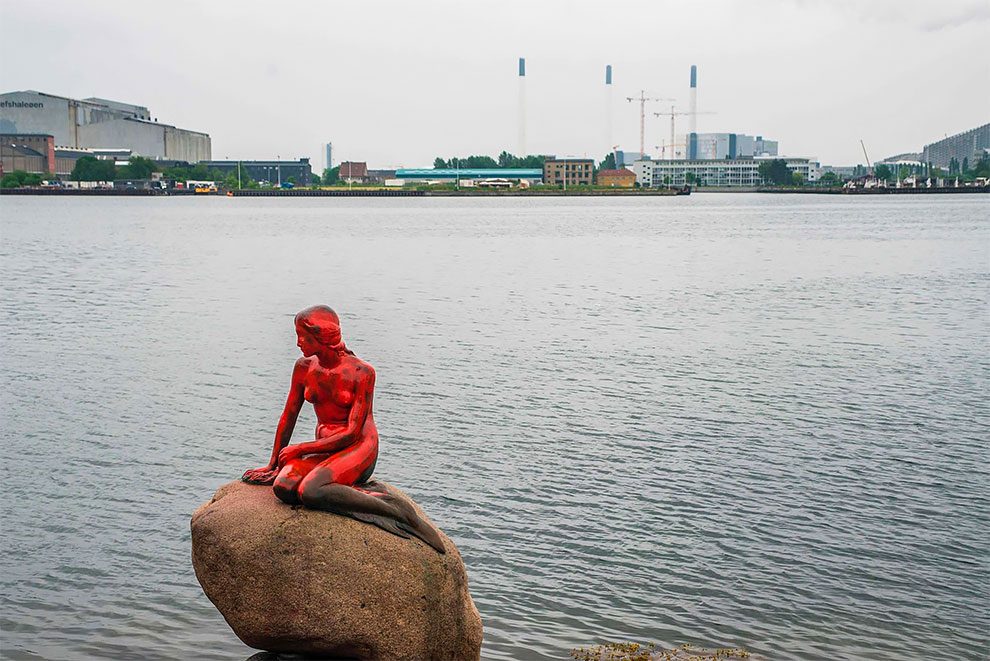 The vandalism of Copenhagen’s world famous statue of the Little Mermaid made a splash on Tuesday, as the sea-side sculpture was drenched in blood-red paint. 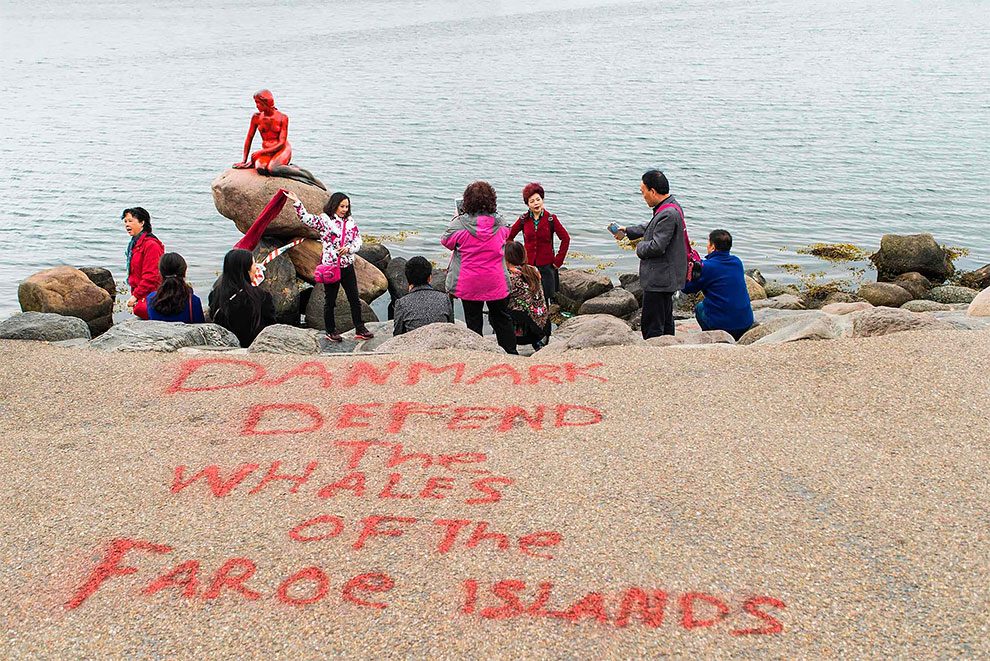 An unsigned message was left on the stone pier, just a few meters from the statue. “Danmark defend whales of the Faroe Islands” was written in red, suggesting the defacement of the sculpture was carried out in protest against whaling. 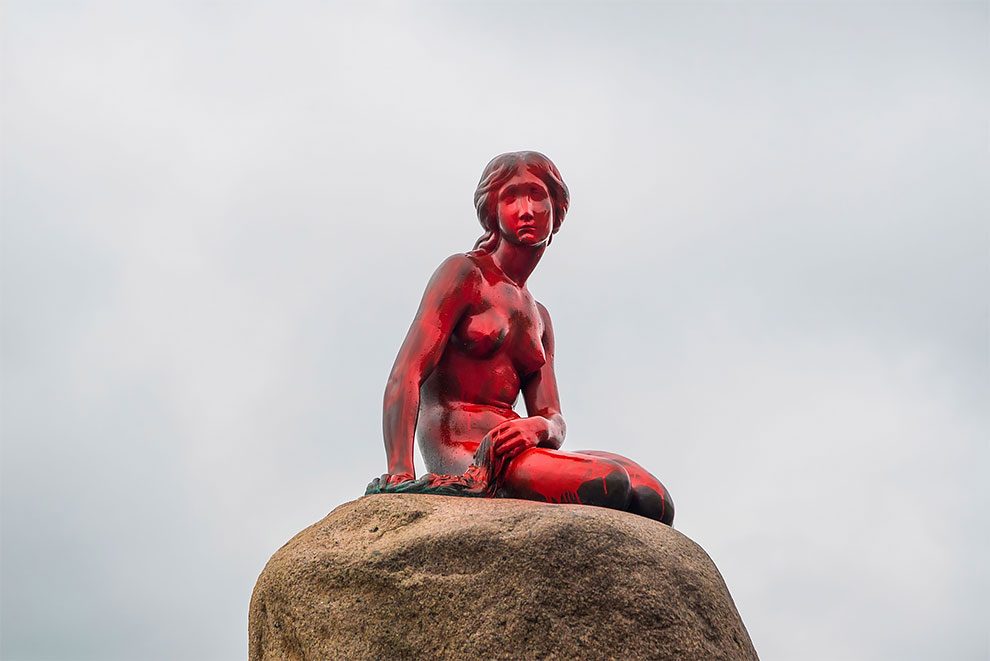 The red paint was removed before noon and the spot turned back to its normal state. Police say they have no suspect, and no group has claimed responsibility for the act. 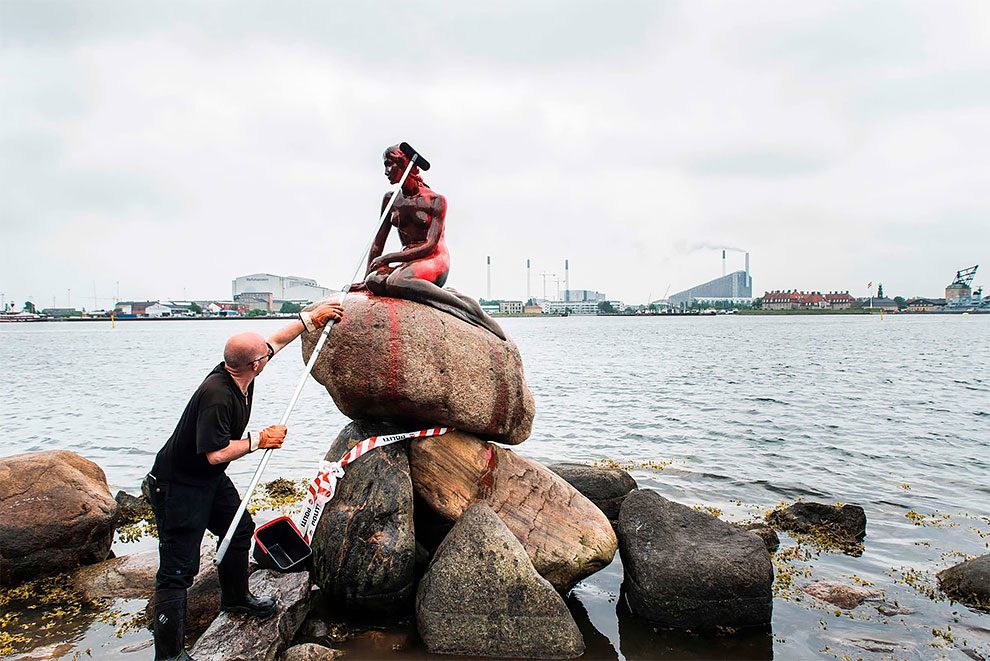 June marks the beginning of whale hunting season, which stretches till November and sees scores of pilot whales slaughtered off the shores of Faroe Islands. Last month, environmental activists urged the European Commission to take action against Denmark on such practice.

Coloring For Grown-Ups: The Adult Activity Book
Unicorn Macarons Are The Most Lovely And Magical Dessert Ever
Stunning Fashion Illustrations By Esra Røise
Bizarre and Grotesque Illustrations by Alex Gamsu Jenkins
Kids Will Be Kids! James Nathaniel Likes To Turn People Into Children By Making Their Heads Bigger.
Stunning Digital Artworks by Richard Kingston
Artist Creates Epic Mashups Of The Most Famous Artworks In History And Contemporary Pop Culture
Hong Kong Students Create Amazing Chalk Drawings On Classroom Blackboard
Dreamlike Images That Will Inspire Your Surrealist Soul
Trapped In The 1930s: Artist Draws Popular Characters In Rubber Hose Style
Sketch Vs. Final: Artists Show The Huge Difference Between Their Sketches And Finished Artwork
The 17 Coolest Signatures Of Famous People Throughout History
The Funniest LGBTQ Support Signs
Meet the Painter Turning His City’s Drab Utility Boxes Into Internet-Inspired Works of Art
No Games for Smokers
Funny And Relatable Simplistic Illustrations With Insightful Humor By Liana Finck
22 Absurd And Weird Facts That Are Actually Completely True
"This Is Not The End Of The World": A Pessimistic Ad Campaign
Meet Hilda: The America's Forgotten Pin-Up Girl
How Ads From Today’s Famous Brands Would Look If They Were Created In The 1950’s
"Citizen Of The Galaxy": Amazing Digital Cyberpunk Art By Kuldar Leement
"Annihilation of Humanity": The Superb Metal Bands Logo Design by Irina Voland
Artist Imagines How Disney Characters Would Look As Oil Paintings, And You’ll Want To Hang Them In Your Room
Photographer Creates Mind-bending Mashups To Mess With Your Head
against, little, mermaid, protest, smeared, whaling