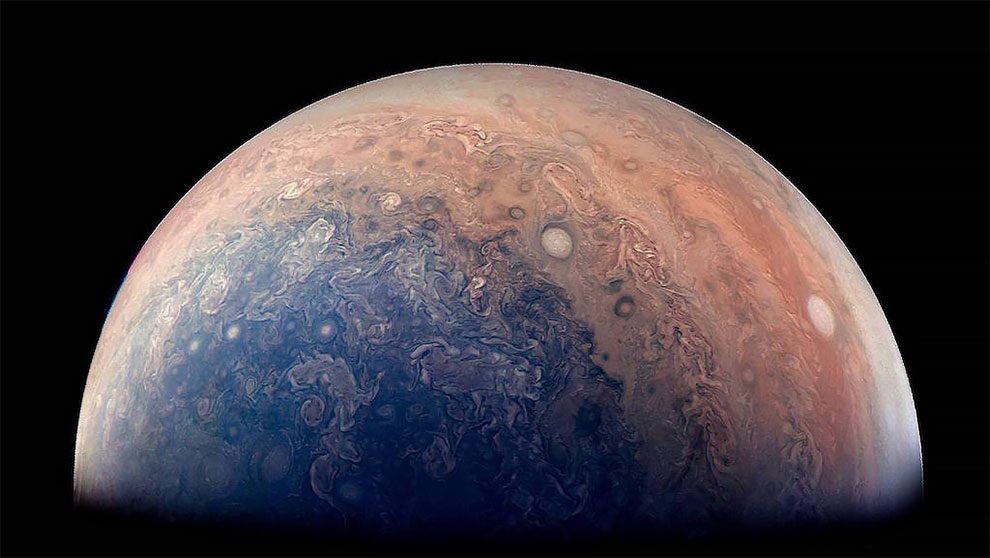 The stunning, enhanced-color image above, featured in a news release by NASA, is based on a photo of Jupiter’s south pole captured by the Juno spacecraft on December 11th, 2016. Juno’s citizen science camera has been snapping glorious images of the gas giant ever since it arrived in orbit around Jupiter last July. The images are then released to the public, which has been turning them into even more magnificent works of space art. 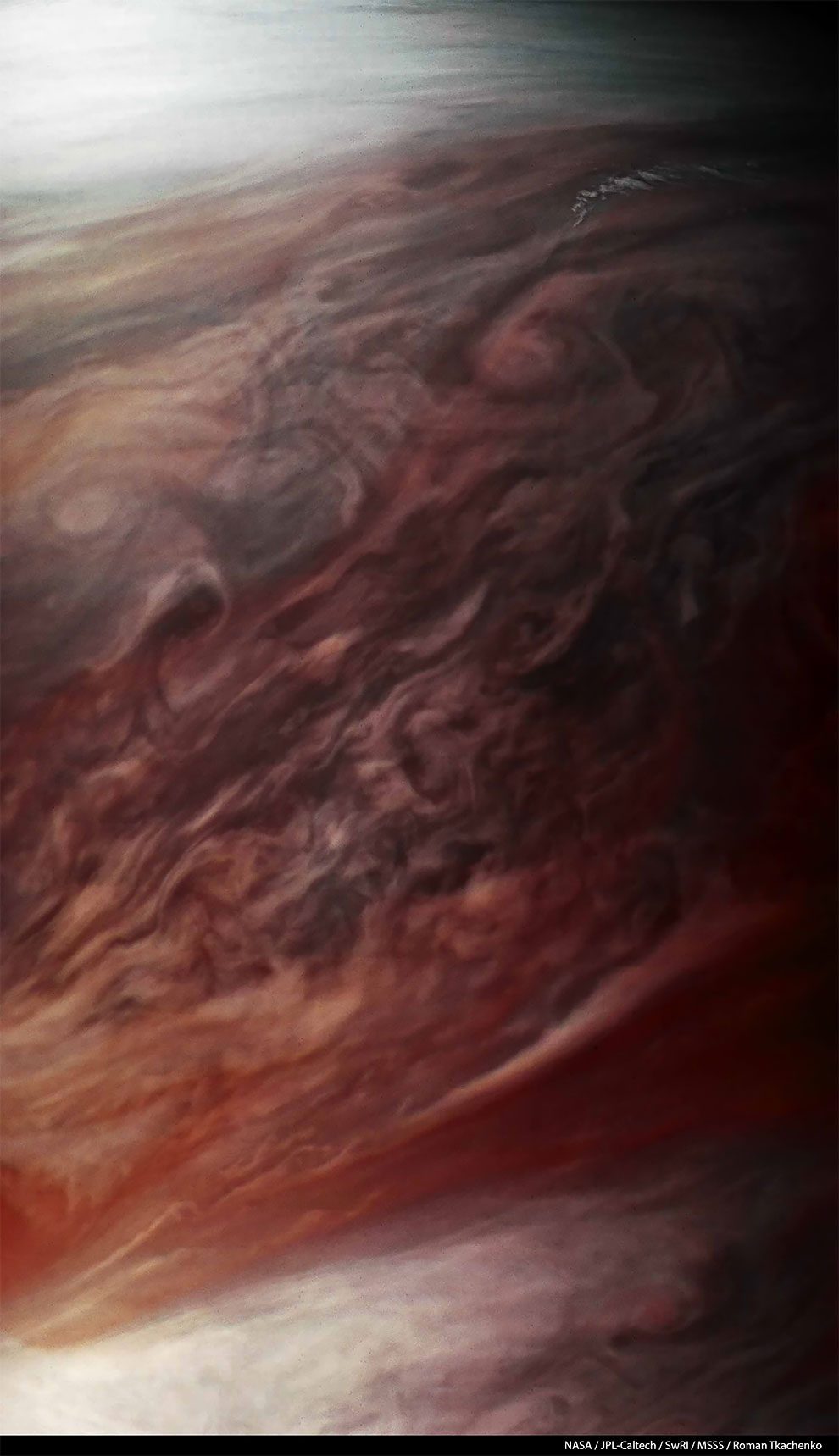 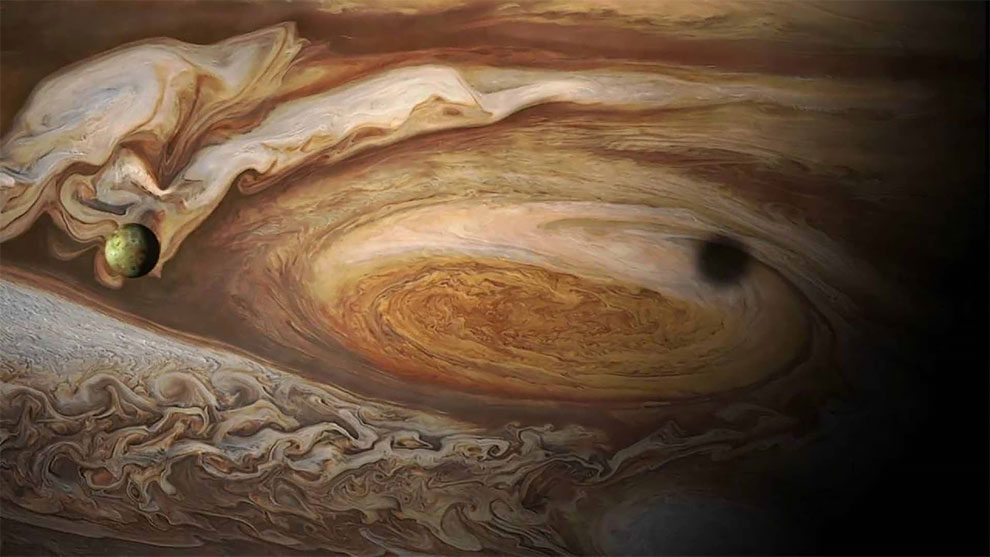 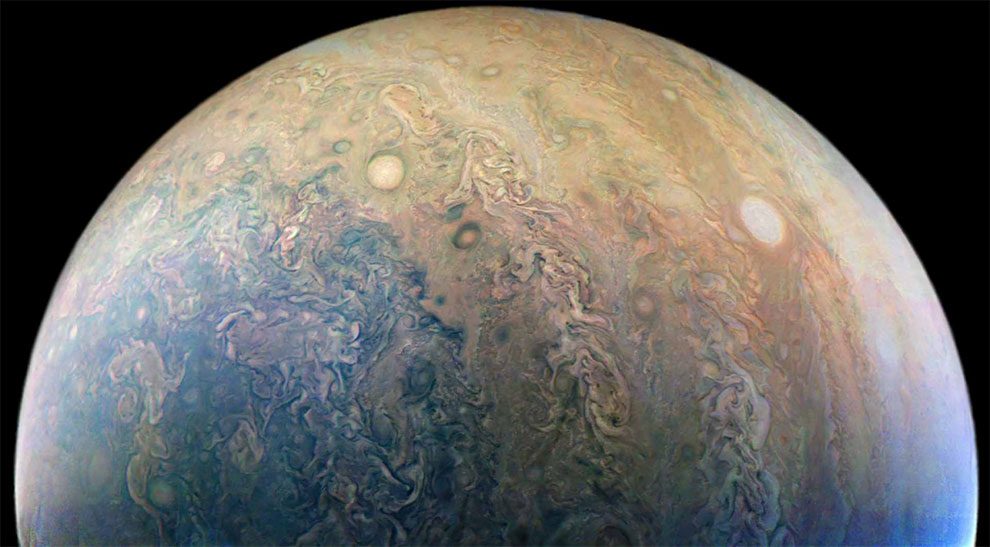 The Best Engagement Photos Of 2022 By Junebug Weddings
The Many Layers Of Japan Captured By The Photographer Hiro Goto
The Taser Photoshoot: Portraits Of People's Faces When Hit With A Stun Gun
2013 National Geographic Photo Contest Winners
Black and White Photos Of Teenage Gangs Of New York City In 1959
Goofy Photos Of World War I Soldiers Posing With Fake Military Props
Mystery Abandoned Hospital in Perrysburg, New York
It’s The United States Of Air-Merica
Marvelous Female Portrait Photography By Nathaniel Gerdes
Photographer Visited Remoted Chinese Provinces And Took Aerial Pictures Of The Most Picturesque Landscapes
Mixing Photography And Pictorial Elements, The Photographer Erika Zolli Has Created "A Body of Vision", A Series Of Sensual And Ironic Portraits
Bethlehem's Mermaid Avalon
Alex Prager's Hyperreal America In Photographs
Southwest: A Small World Project
These Autochrome Photos From The 1920s And '30s Resulted An A Painting-Like Quality That Not Even Today's Best Instagram Filters Can Replicate
1980s: The Period Of Women Rock Hairstyle Boom
From Australia With Love – Beauty Photography By Chris Dwyer
17 Photos Of Classic Cars Next To Their Modern Version
Beautiful Retro & Romance Fashion Photography By Jerry Schatzberg
Funny Family Photo By Bruce Osborn
Don't Look Down: This Collection Of Mind-Boggling Photos Is Sure To Send You Dizzy
Methamphetamine Addiction. Before and After.
Spectacular Winning Images from The Milky Way Photographer of the Year 2021
Breathtaking Aerial Ocean Photographs By Seth Willingham
absolutely, jupiter, photos, released, spectacular