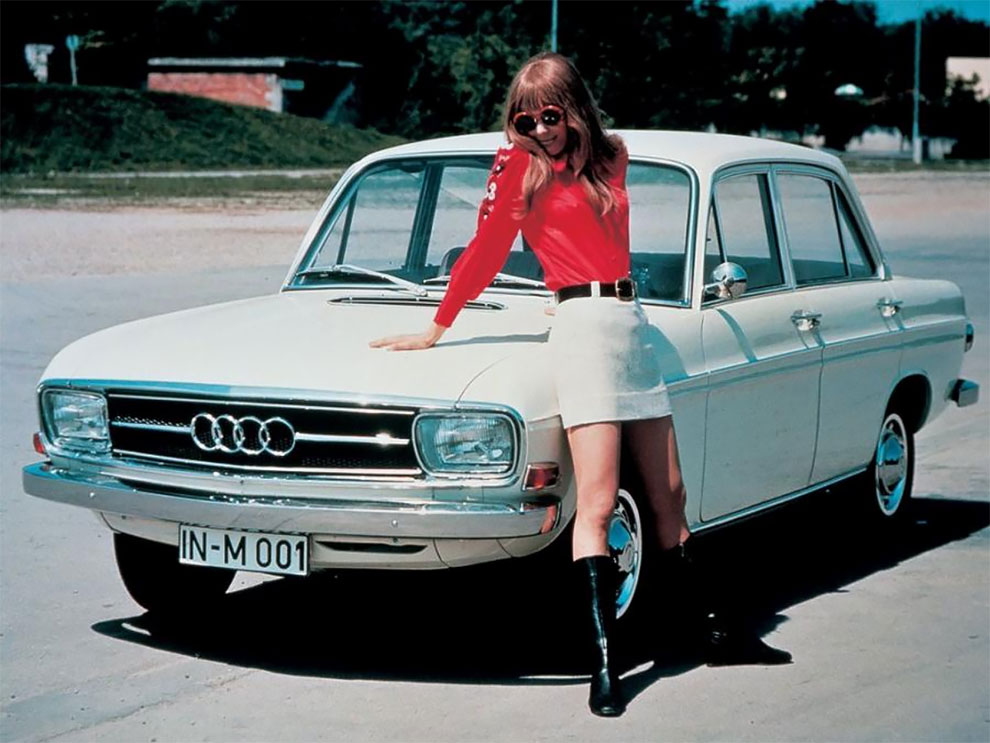 Audi F103 is the internal designation for a series of car models produced by Auto Union GmbH in West Germany from 1965 to 1972. To signify the change from a two-stroke to four-stroke engine, the DKW marque was dropped in favor of Audi, a name that had been dormant since before the Second World War. 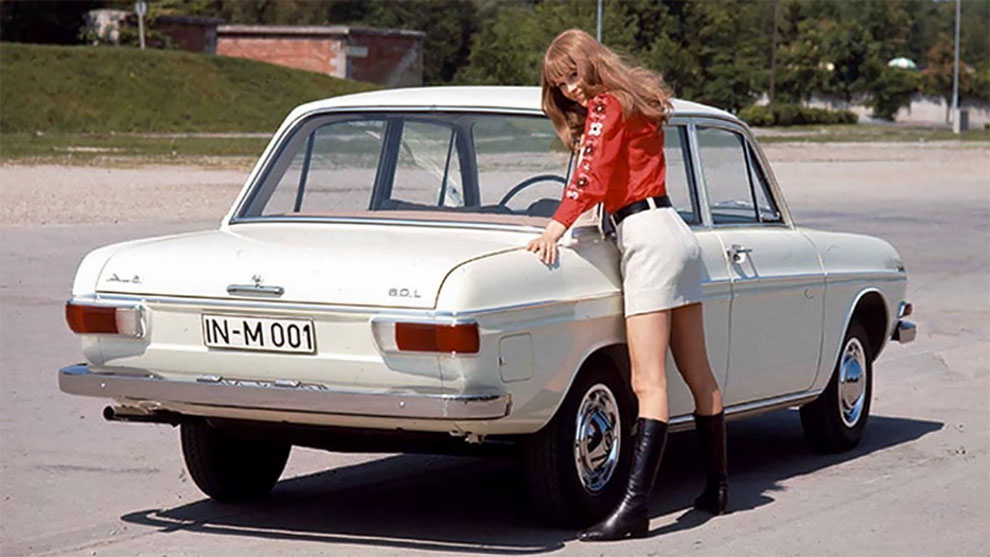 The F103 bodyshell was a development of the earlier DKW F102. The engine compartment had to be extended so that the new four-cylinder engine could be accommodated. The front and tail were also cosmetically revised: Audi F103s sold in Europe all featured quasi-rectangular headlamps which were becoming fashionable at the time, whereas the F102 had used round headlamp units.

All Audi F103 models were offered as sedans with two and four doors. The two-door saloon/sedan, however, was not sold in markets such as Italy and Britain with little demand for two-door cars of this size. 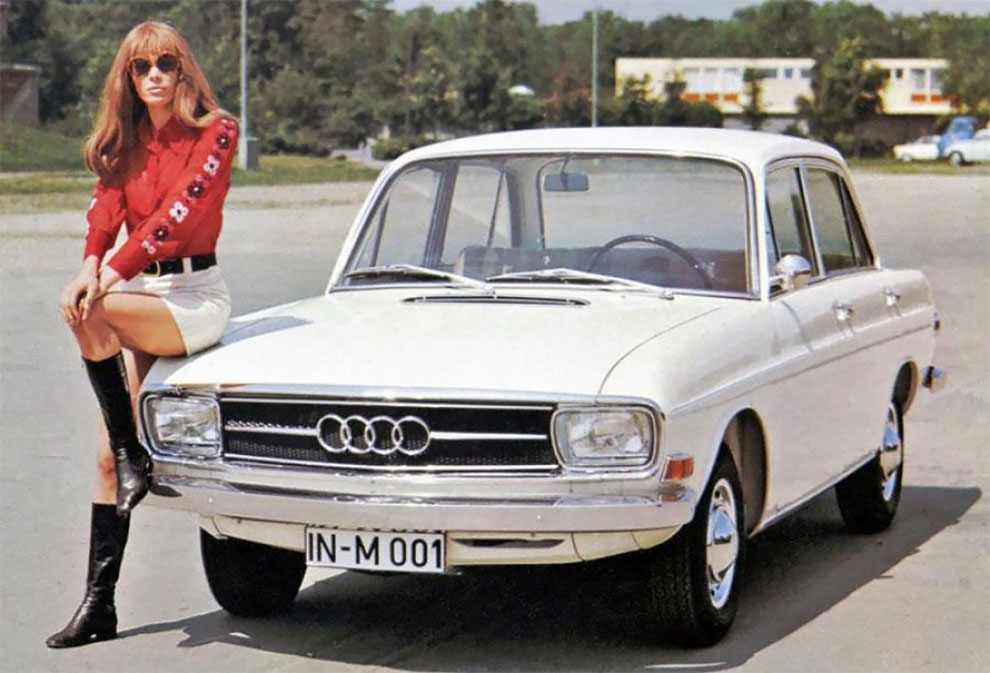 During the early 1960s, Auto Union was in commercial retreat: the Audi F103 was a relative success when compared with recent Auto Union products, even if its commercial success was trumped by subsequent Audi models. In July 1967, it was reported that 100,000 Audis had been completed: production of the F103 had by now built up to a rate of almost 40,000 per year and the company was moved to deny speculation that another new Audi model would be presented at the Frankfurt Motor Show in the Autumn / Fall of 1967. 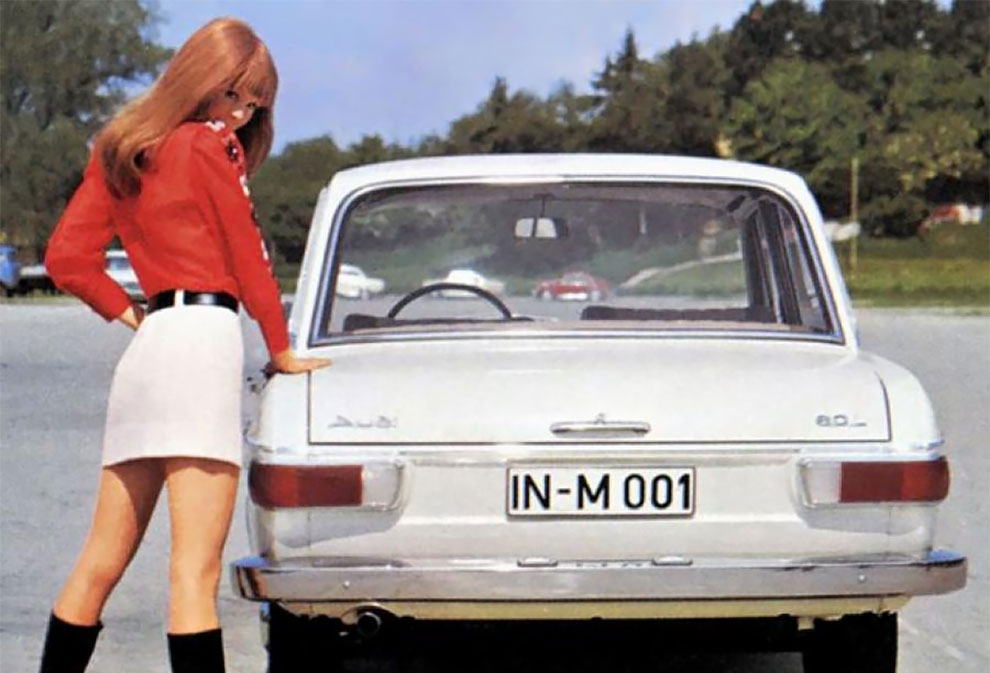 The Best Photographers Of 2021 FdB Wedding Photo Awards
"The Struggle For Utopia": Everyday Soviet Life In Magnificent Photos By Semyon Friedland
Danish Photographer Captures Atmospheric Images of the Hyllie Water Tower Covered with a Morning Fog
Photographer Spots Patterns And Shapes In Everyday Life, Creates Beautiful Minimal Photos
Japanese Photographer Perfectly Captures His Grandmother’s Playful Nature In Touching Portraits
A 78ft 'Coronavirus Ogre Castle' was Burned at Shrovetide in Russia, Here Are The Incredible Photos
Mugshots Of Female Nazi Concentration Camp Guards While Awaiting Trial In 1945
Up All Night By Mariya Novakova: Nighttime Is Beautiful In A Series Of Moody City Snapshot
A Landscape Photographer Turned The Camera On Himself To Take A Set Of Incredible Selfie While Visiting Some Of The World's Most Beautiful Destinations
Vintage Snapshots Of Freaky Halloween Costumes That Give You A Nightmare
Winners Of The Guardian Readers' Travel Photography Competition - January 2018
African Photographers Kureng Dapel And Rich Allela Bring An African Queen Back To Life
Haunting Photographs Of The Hell Of Serra Pelada Mines In The 1980s
Beautiful Winning Photos From The Pink Lady Food Photographer Of The Year 2020
Brilliant National Lampoon Magazine Covers From the 1970s
La Maison Simons Beachwear Collection 2012
Last Days of Autumn Season
Yakuza
The Beauty Of Dark Arabian Deserts In Stunning Black And White Photographs By Abirato
Pictures of Fascinating Jacuzzi Hot Tubs From the 1970s and 1980s
Stylish New Yorkers Pose For Portraits With Their Bikes
Japanese Photographer Yuichi Yokota Captured Beautiful Photos Of Tokyo Covered By Heavy Snow
"Flight Attendants" by Brian Finke
Stunning Plus Size Models at New York Fashion Week
audi, cars, germany, retro