“After the Apocalypse” by Photographer Lori Nix

Photographer Lori Nix hand-crafted dioramas are fictional scenes of a post-apocalyptic world in which plants and decay reclaim both grand and mundane structures. Each structure is built in Nix’s living room and can take over half a year to build. 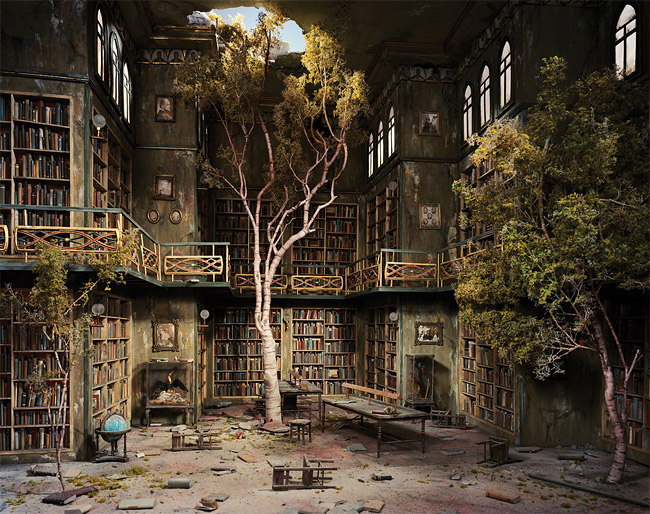 Library, 2007. Photographer Lori Nix says this is the most popular image she has made for this project that she calls “The City”. (Photo by Lori Nix) 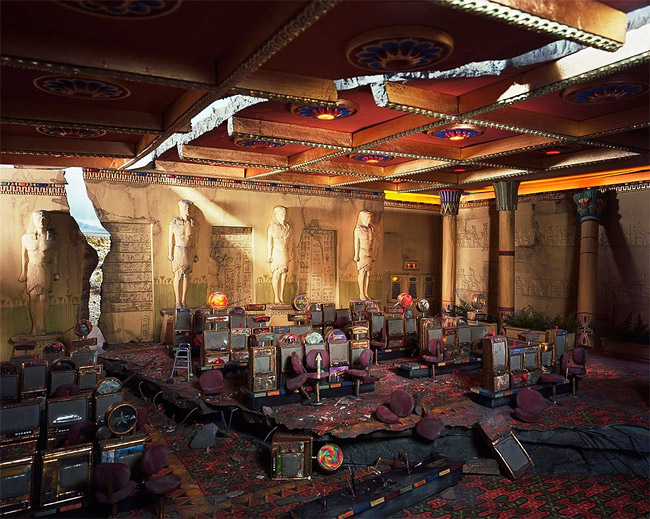 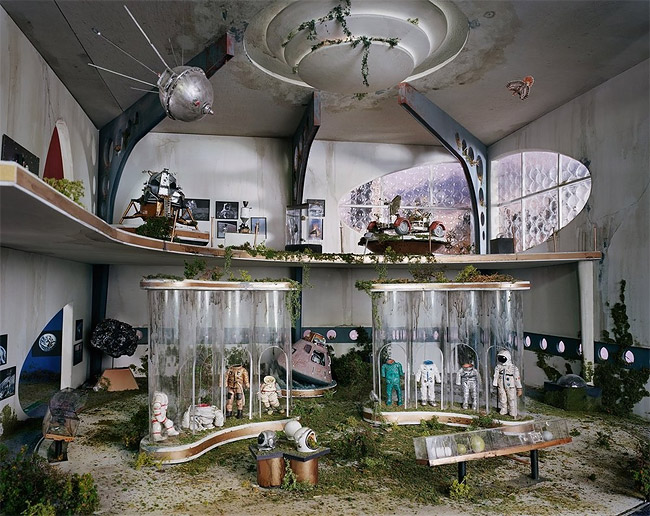 Space Center, 2013. The pieces can be between two and six feet wide. (Photo by Lori Nix) 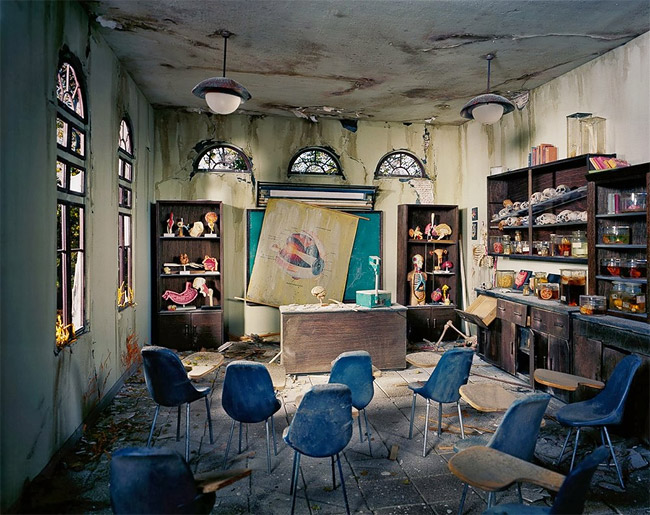 Anatomy Classroom, 2012. Nix uses power tools and saws to craft items out of different materials from foam board to wood. Glass pieces and delicate work with gold leaf are done by Nix’s partner, Kathleen. (Photo by Lori Nix) 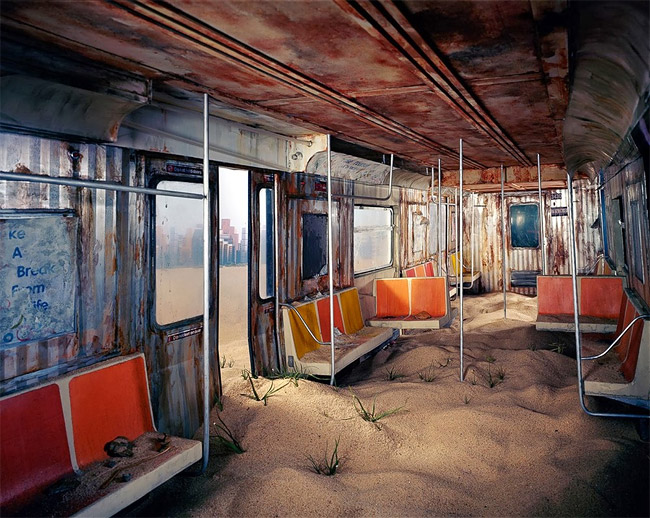 Subway, 2012. A diorama can take up to half a year to create. Then it takes a few weeks to shoot the final 8×10 photograph. (Photo by Lori Nix) 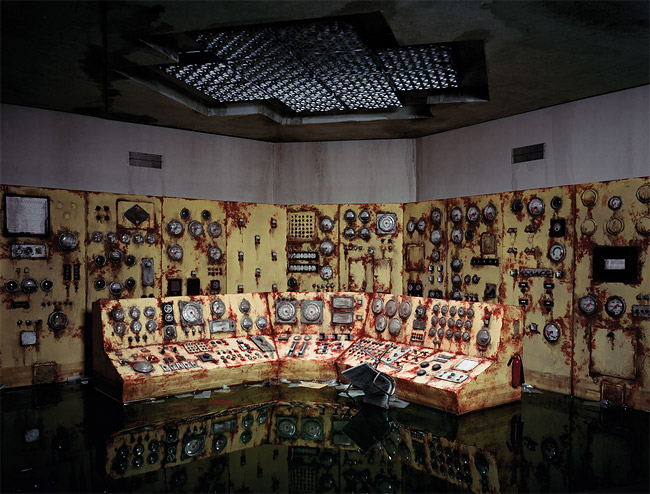 Control Room, 2010. Some of Nix’s favorite images from the series include “Control Room”, “Anatomy Classroom” and “Botanic Garden”. (Photo by Lori Nix) 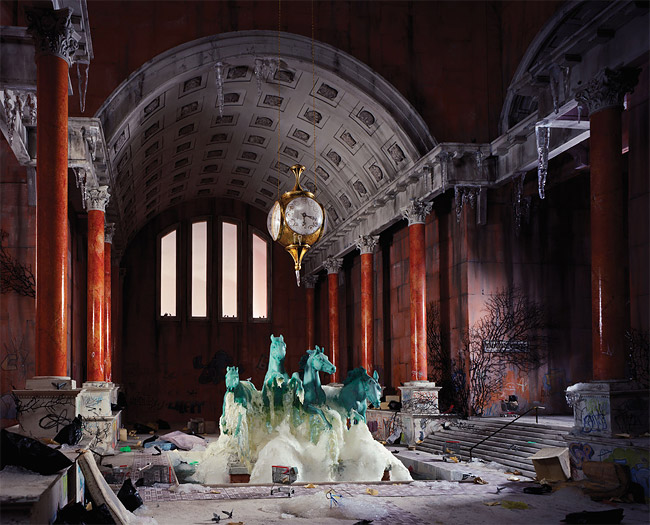 Fountain, 2008. Her fascination with the apocalypse is rooted in her childhood growing up in Kansas, where each season was marked with its own natural disasters. (Photo by Lori Nix) 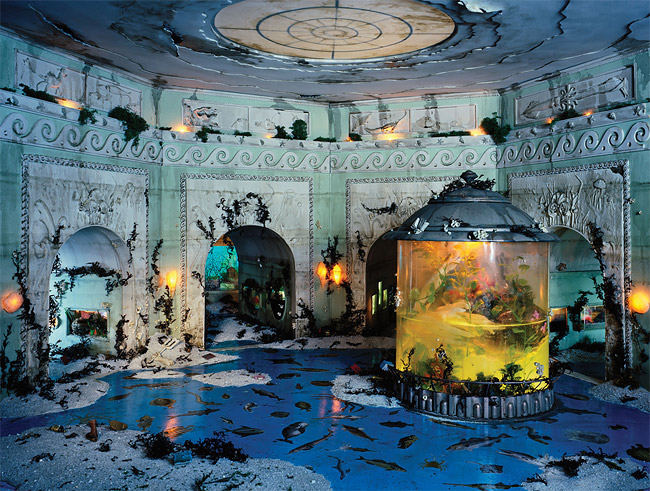 Aquarium, 2007. After the successful completion of a photograph, Nix will pick over the diorama for salvageable parts and throw the rest away. (Photo by Lori Nix) 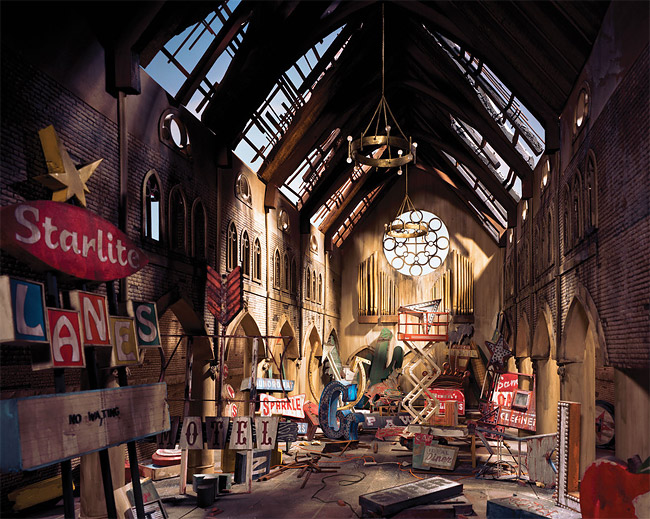 Church, 2009. She also keeps her favorite items that she made from scratch, including the signs from “Church” and a specimen from “Anatomy Classroom”. (Photo by Lori Nix) 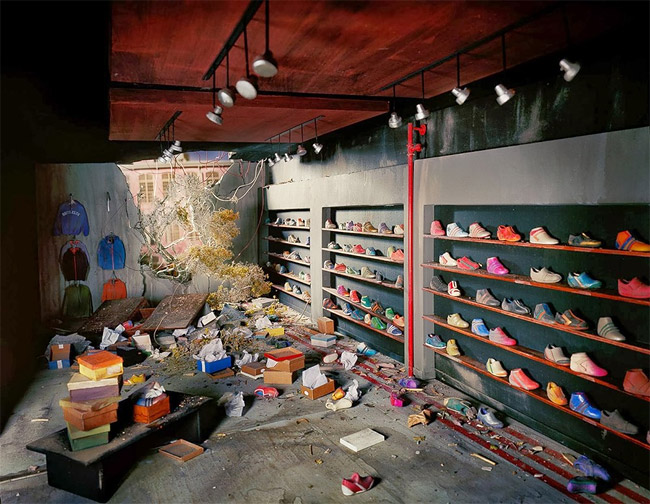 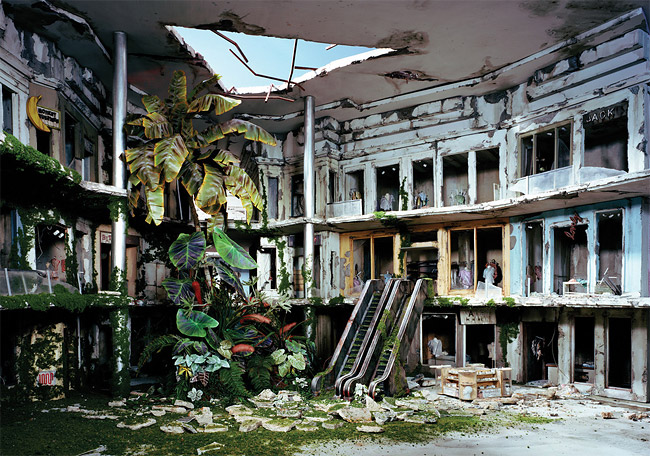 Mall, 2010. Some reusable items like furniture and plants are reused in new scenes. (Photo by Lori Nix) 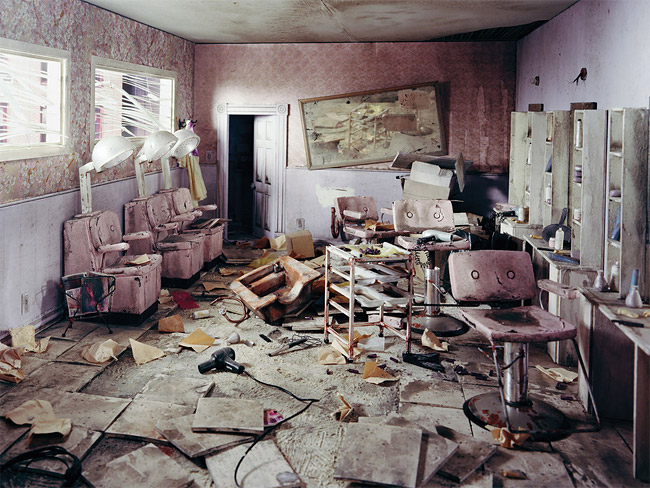 Beauty Shop, 2010. Nix’s memories or everyday scenes around her often serve as the inspiration for her dioramas. The beauty shop photo is rooted in years of going with her mother to the beauty shop. (Photo by Lori Nix) 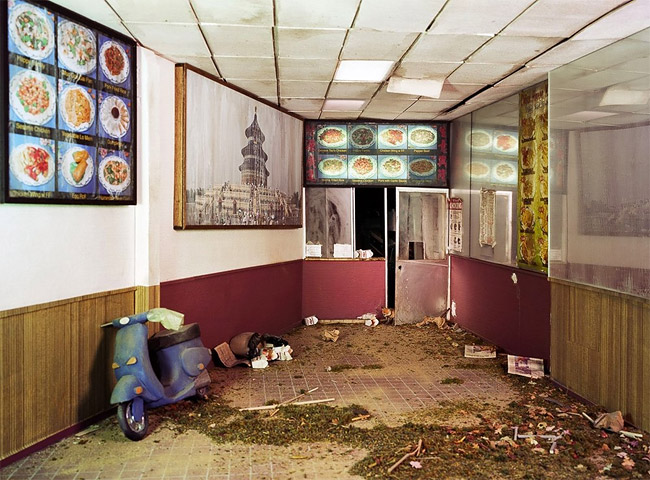 Chinese Take-Out, 2013. This diorama is inspired by a Chinese takeout restaurant near Nix. (Photo by Lori Nix) 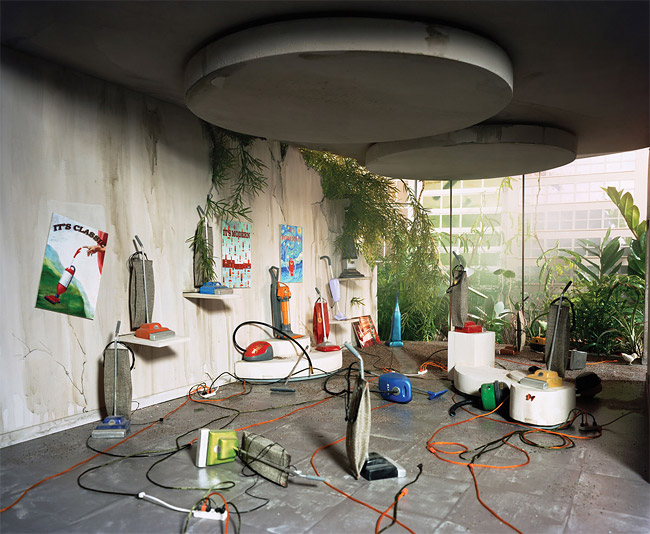 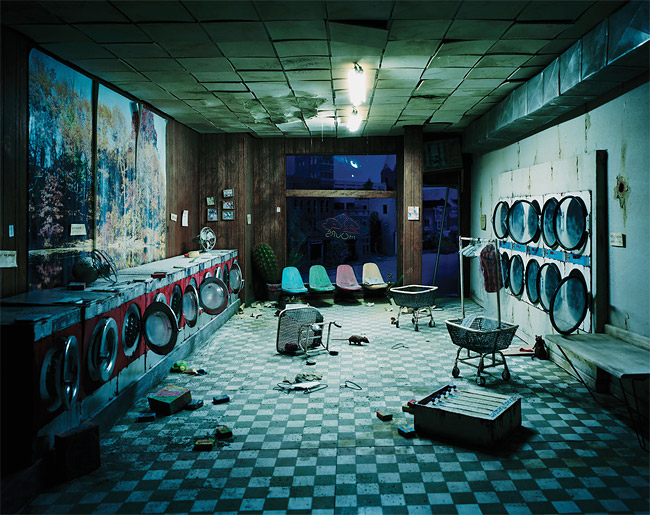 Laundromat at Night, 2008. Although Nix is ready to move on to other projects, new ideas for “The City” keep pulling her back. She is also concurrently working on a project called “Unnatural History”, consisting of dioramas of imagined behind-the-scene views of a natural history museum. (Photo by Lori Nix) 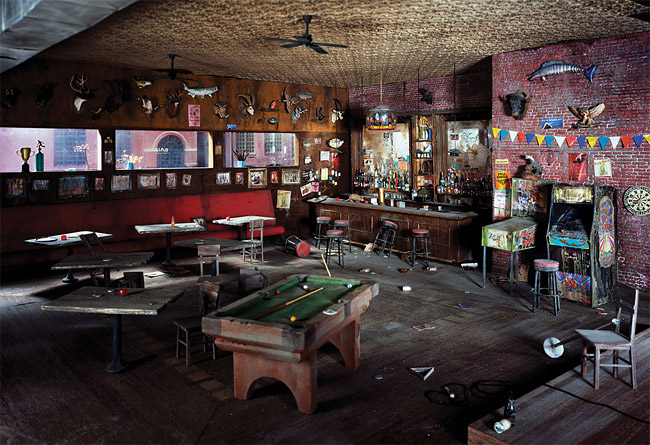 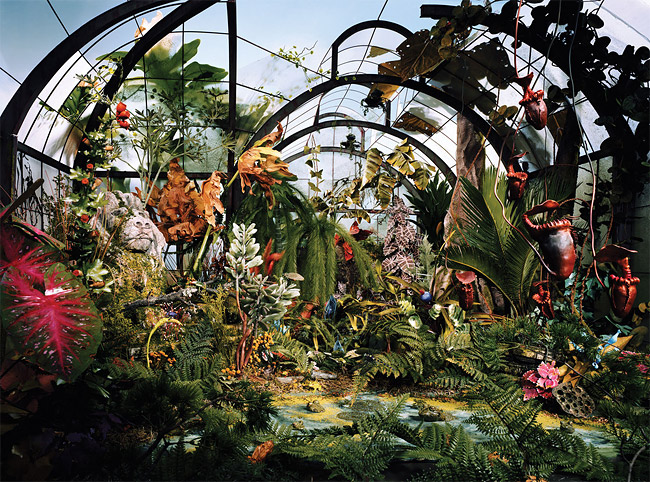 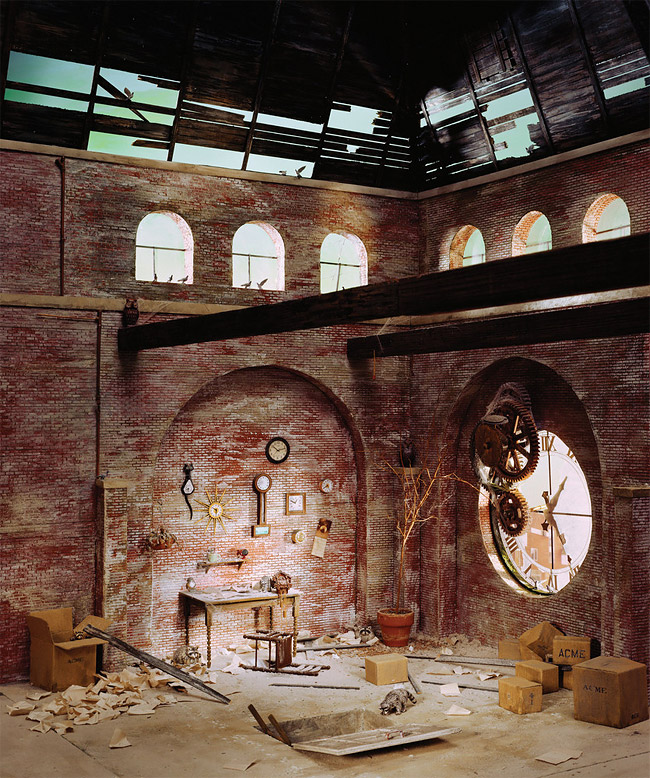 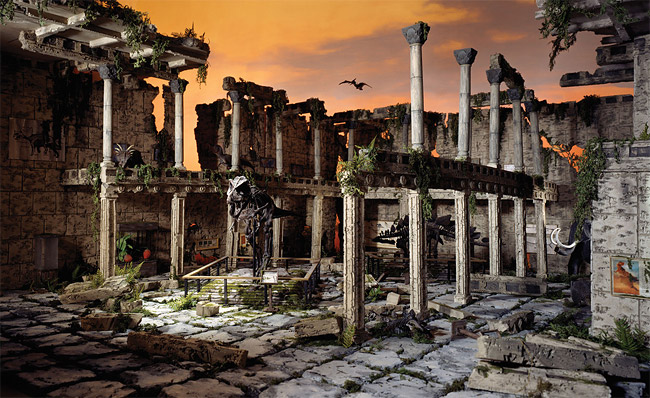 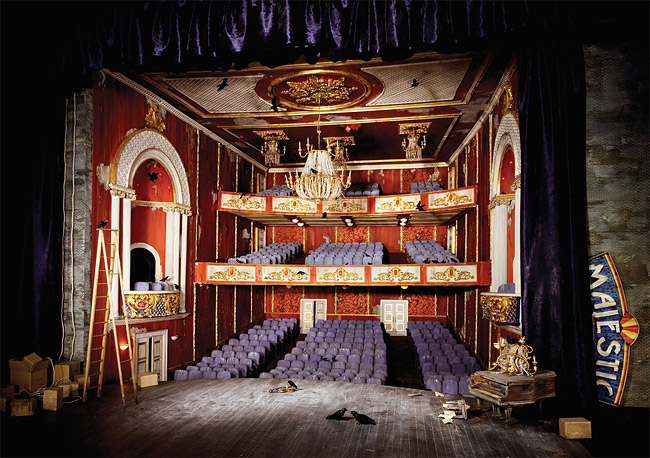 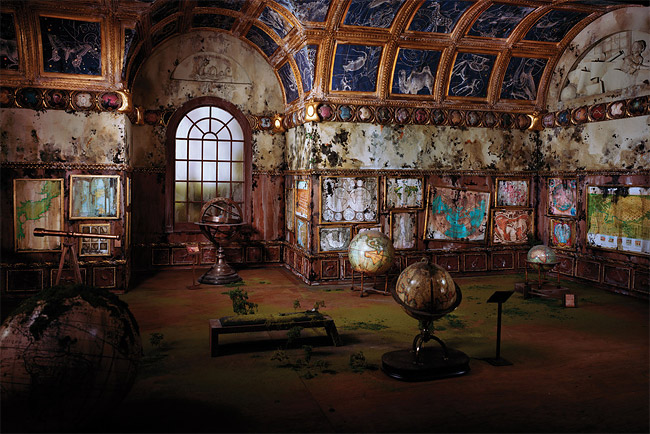 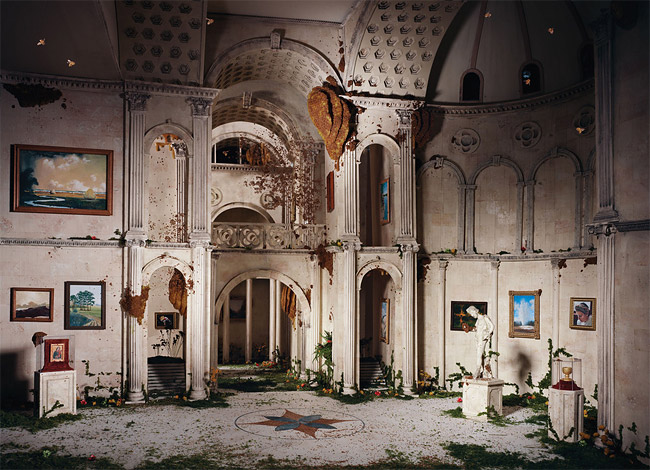 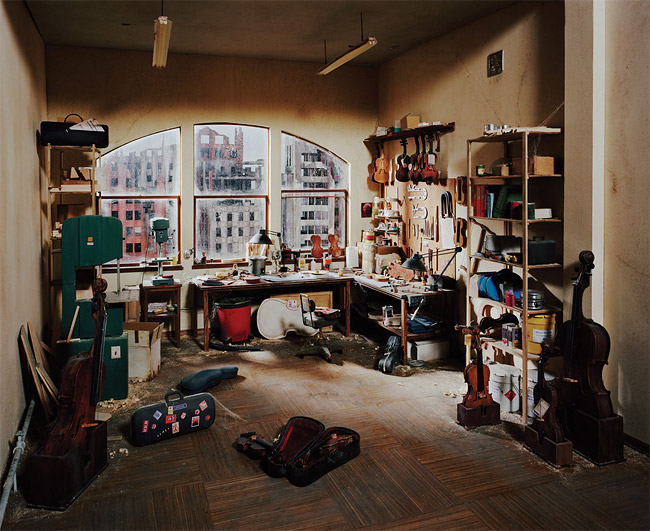 This Couple Did An ’80s Themed Photo Shoot For Their 10th Anniversary
Photographer Jack Daly’s Satirical ’80s Ads Challenge The Concept Of Masculinity
"Creatures Of The Cold": Spectacular Winning Photos Of The Annual Antarctic Photography Exhibition
2017 National Geographic Travel Photographer Of The Year – People
Russian Janitor’s Mock GQ Photoshoot Pays Off
2016 Audubon Photography Awards
Photographer Andreas Levers Captures The Hazy Glow Of Unpopulated Streets At Night
Photographer Makes a ‘Socially Distanced’ Valentine’s Shoot With a Few Plot Twists
"A Journey Guided By The Elements:" Surrealistic Reality In Photographs By Benjamin Everett
Brazilian Families Pose With Children Affected By Zika Virus
HIBERNATION IV: Gorgeous And Intriguing Photography by Øystein Sture Aspelund
Photographer Captures Mystery Scenes Inspired By A Reflection Of Our Natural Landscape As A Continuous, Celestial Entity
Transmitting Signals: The Superb Conceptual Fashion Photography By Ekaterina Belinskaya
Stunning Aerial Photos Of The Beautiful Planet Earth From Space
"Been on More Roofs than Santa Claus"
Photo of the Day: Synchronised Beauty
Fabulous Portrait Photos Of Rhodes College's Students Taken By A Former In The Early 1970s
Beautiful Pictures of Female Surfers as They Plunge Beneath the Ocean Waves
Silhouettes From Around The World
Boxers Before And After The Fight: Beautiful Photography Project By Nicolai Howalt
‘Dawn of the Planet of the Apes’ with Andy Serkis and Gary Oldman
Alien Landscapes
Photographer Shot Portraits Of Strangers Before And After She Kissed Them
Winter 2012: Beautiful Images of Snow-Clad Places from across the World
Japanese Harry Potter Flies Around The World's Most Iconic Landmarks On A Broomstick
Fascinating Nostalgic Color Photos Show What the World Looked Like in the 1950s
Batman's Adventures in Texas by Rémi Noël
Hong Kong In The 1950s Captured By A Teenager
Face Mask: The Evolution Of Protective Gear In Photos
Multiple Exposure Portraits by Christoffer Relander
after, apocalypse, photographer