Shred Westeros On These Game Of Thrones Map Skateboards 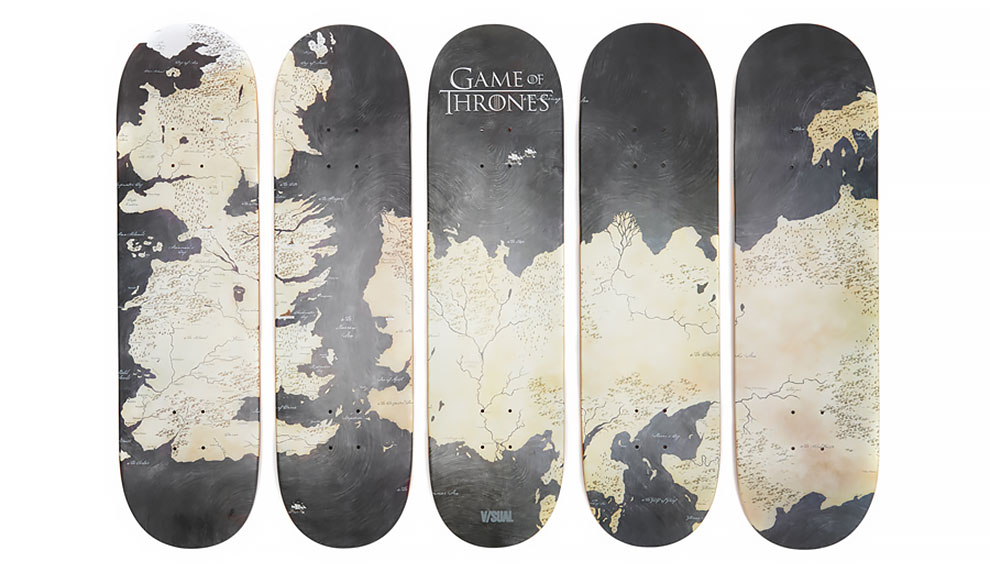 With alliances, betrayals, powerplays and intrigue, Game of Thrones readily captures the imagination. For Season 7, seven designers (and diehard fans of the series) created limited-edition, micro collections, featuring apparel and accessories to “Rep the Realm.” Drawing on the show for inspiration, the designers pulled Game of Thrones into their work, infusing modern streetwear with a healthy dose of fantasy.

LA-based skate and streetwear studio V/SUAL created the third of seven collaborations, a series of limited edition skate decks laser-engraved with the iconic map of Westeros, Essos, and the lands beyond. Each deck hosts a slice of George R.R. Martin’s geography. The whole world is revealed when the boards are laid side-by-side.

“I wanted to make a piece that speaks to hardcore Game of Thrones fans but also can reach someone who may not know a lot about the show,” Stephen Vanasco (aka Van Styles) of V/SUAL explained. 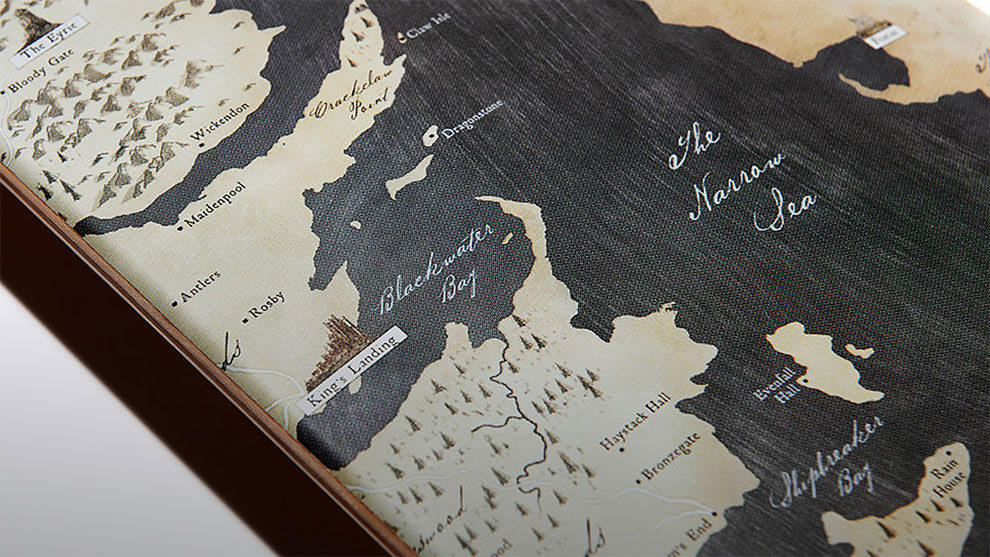 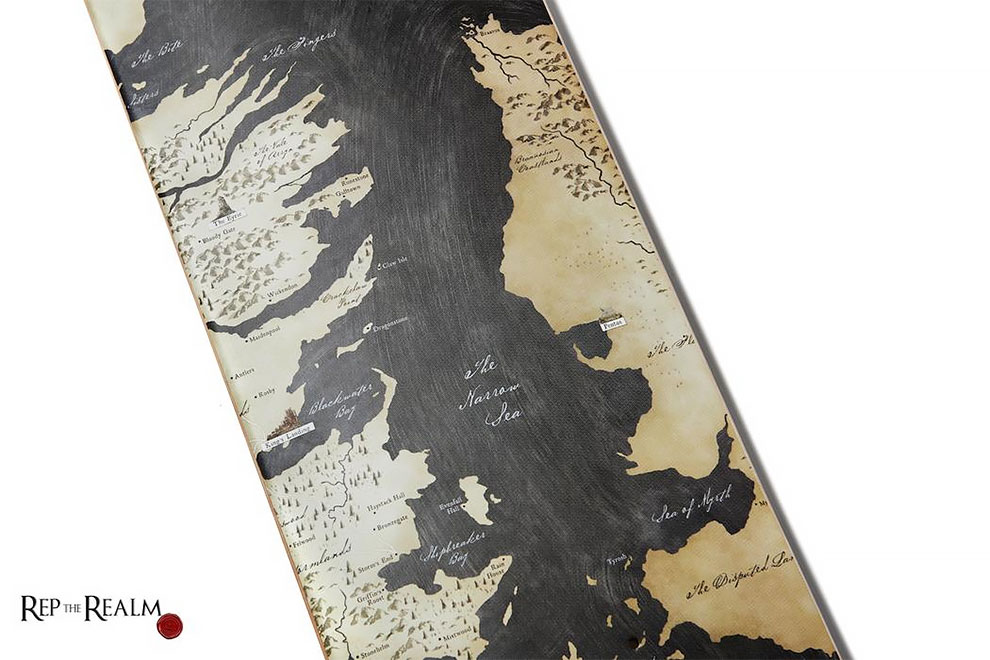 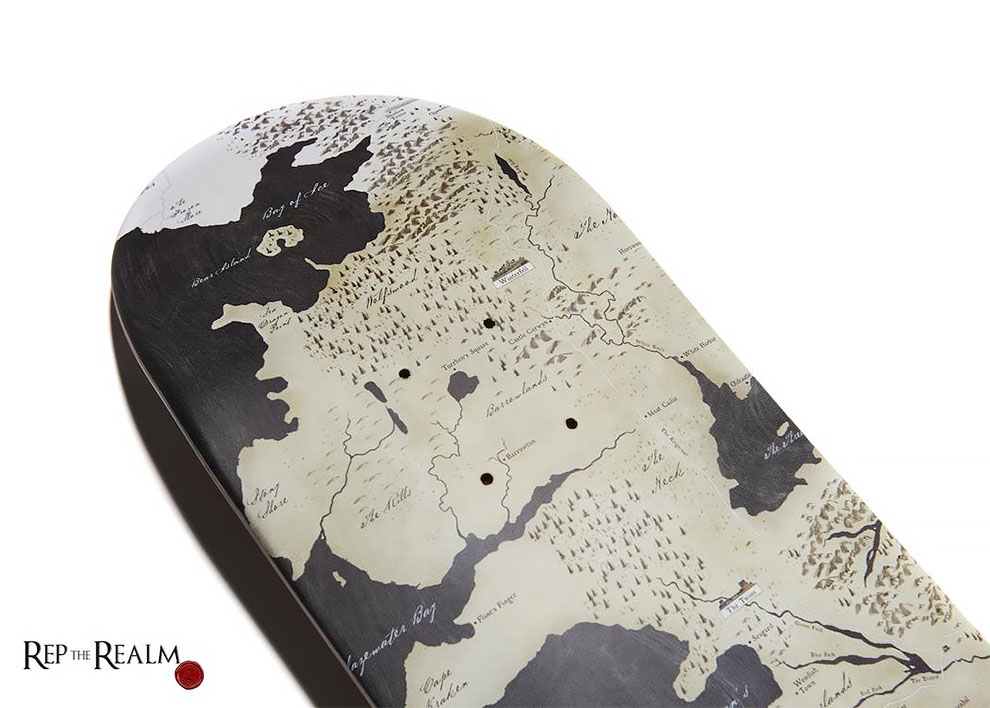 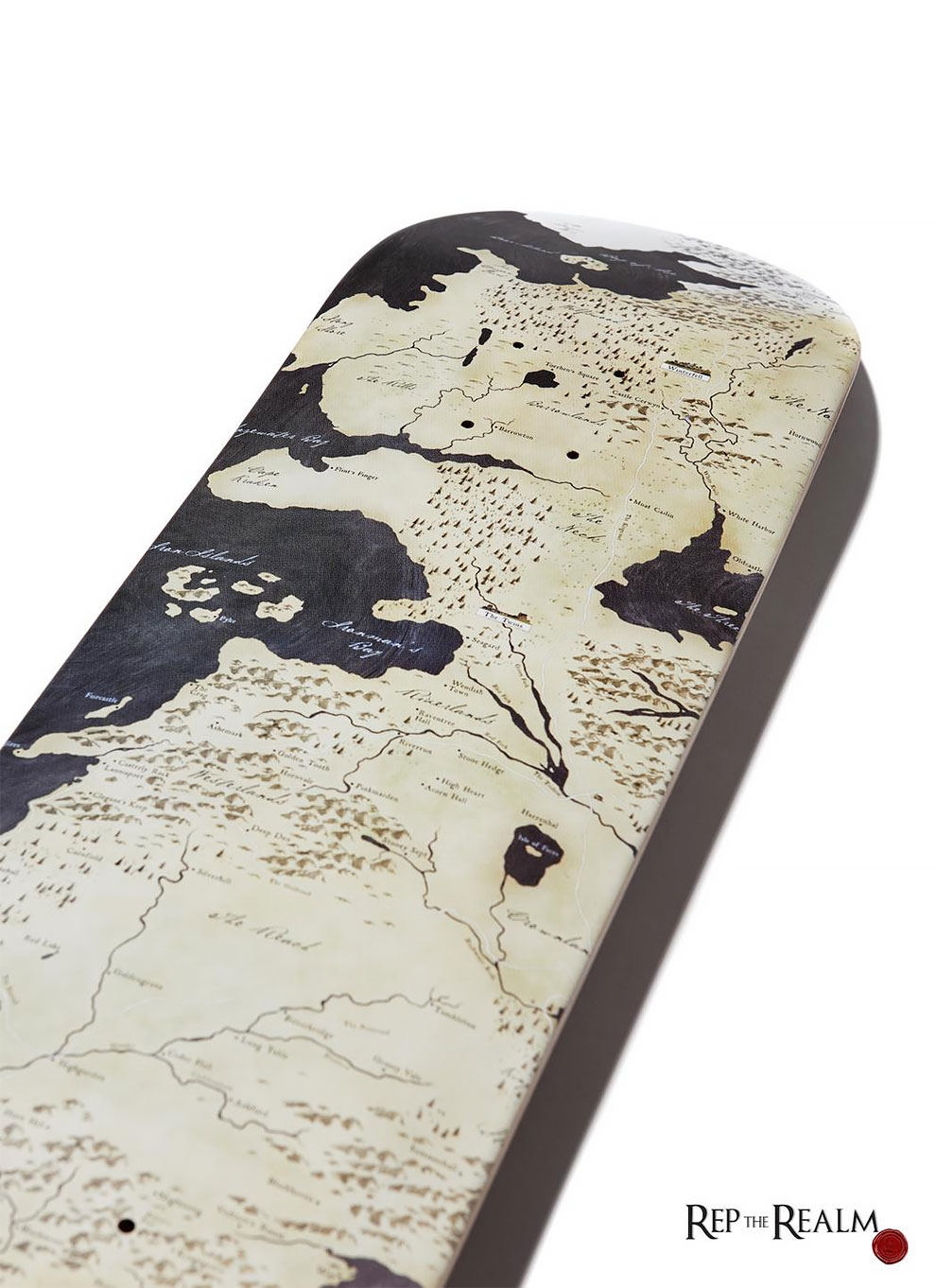 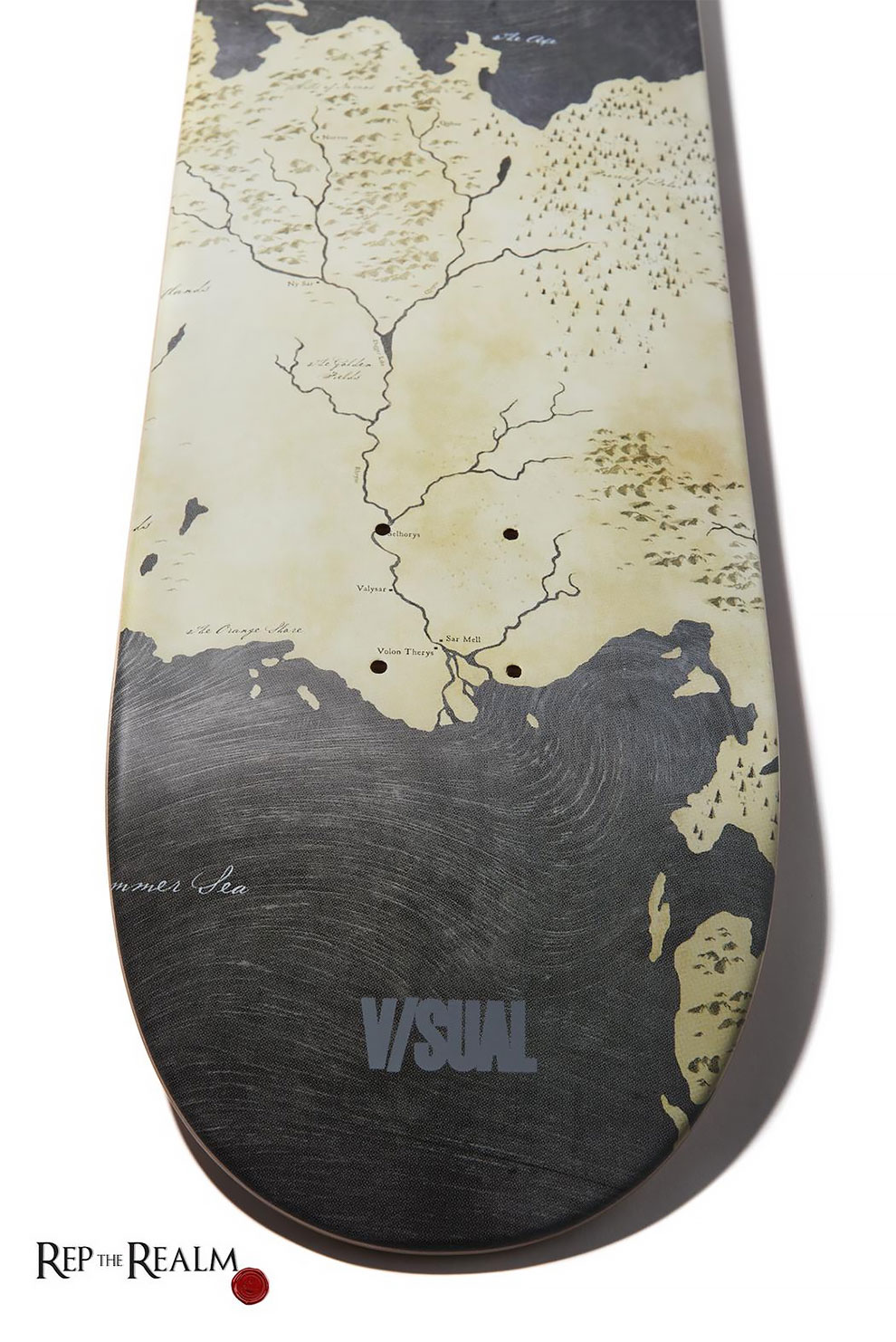