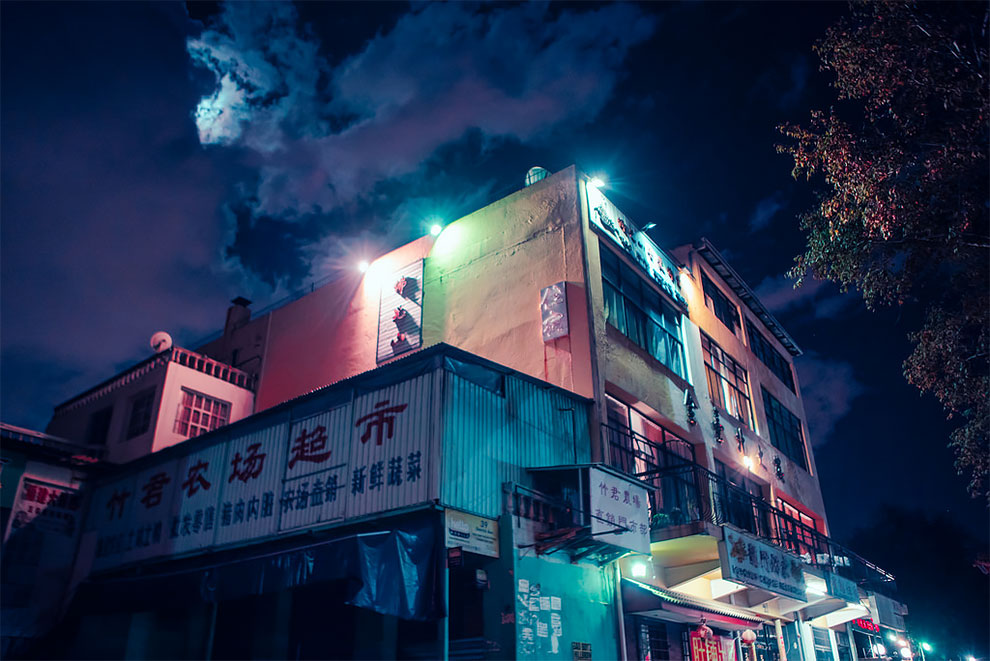 Featuring empty streets and very little human presence, her moody scenes wouldn’t look out of place in Tokyo or Hong Kong. But the majority of Bleda’s photographs are actually taken in one of South Africa’s most populated cities, Johannesburg.

While some of Bleda’s photos were taken in Durban, Cape Town and even Istanbul, there’s no denying their Asian influence. Speaking to Hunger Magazine, the photographer explains that she has a great passion for East Asian cinema and directors like Wong Kar-wai, Park Chan-wook and Kim Ki-duk.

Unsurprisingly, she also cites Blade Runner as an source of inspiration, alongside the gothic cinema of Dario Argento, David Lynch’s particular vision and convention-defying Japanese artist Eiko Ishioka. As she explains of her process: 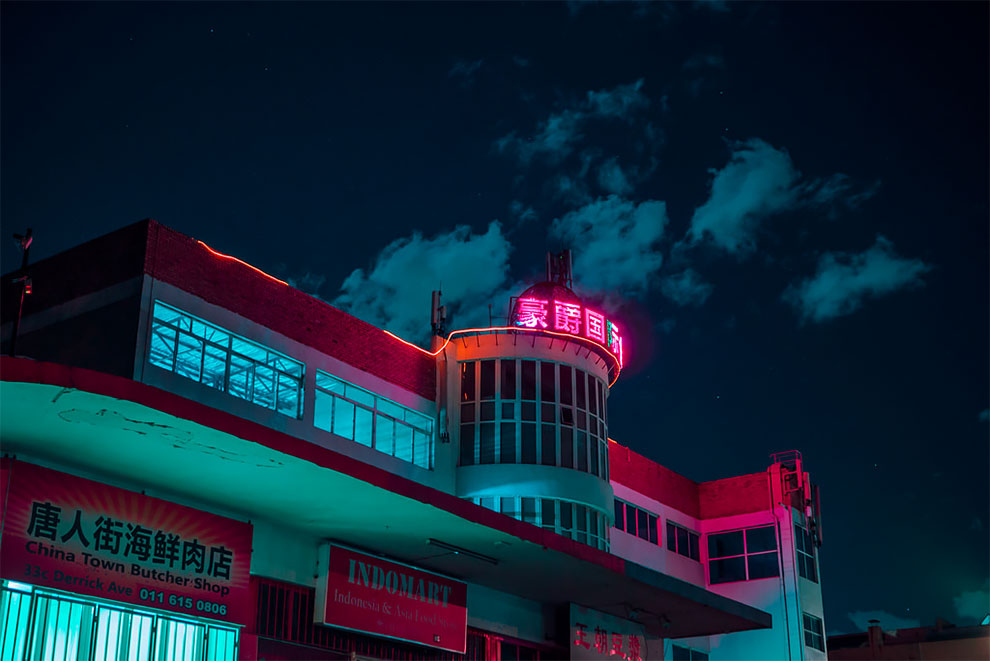 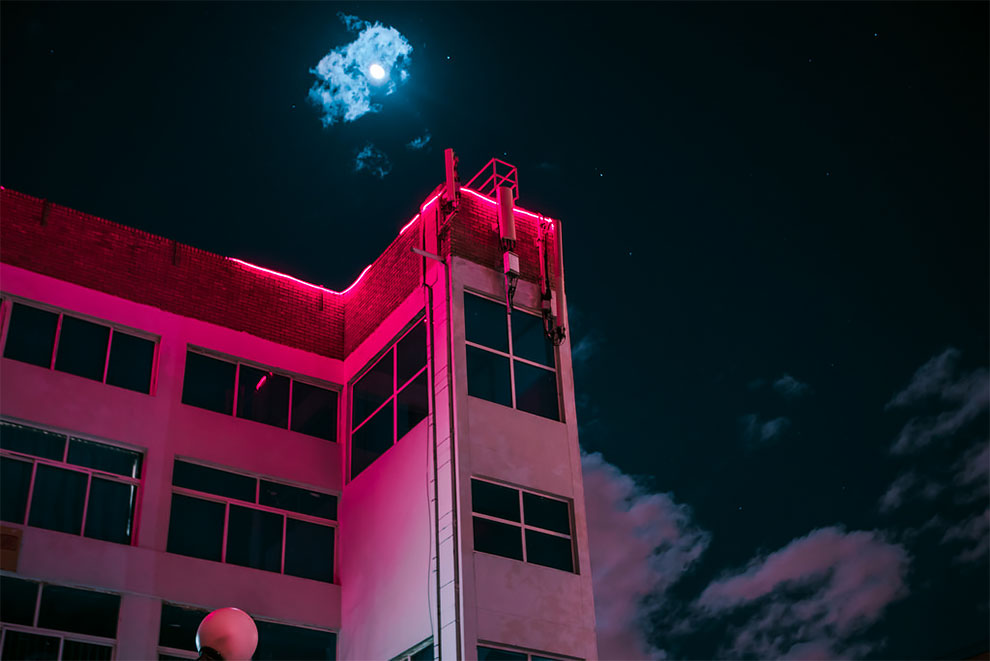 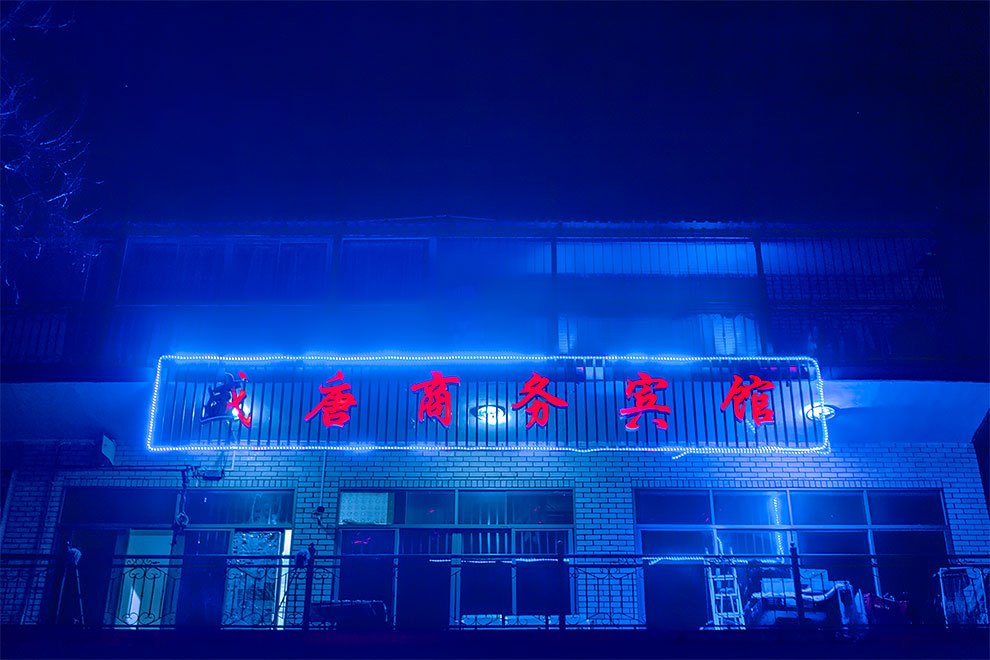 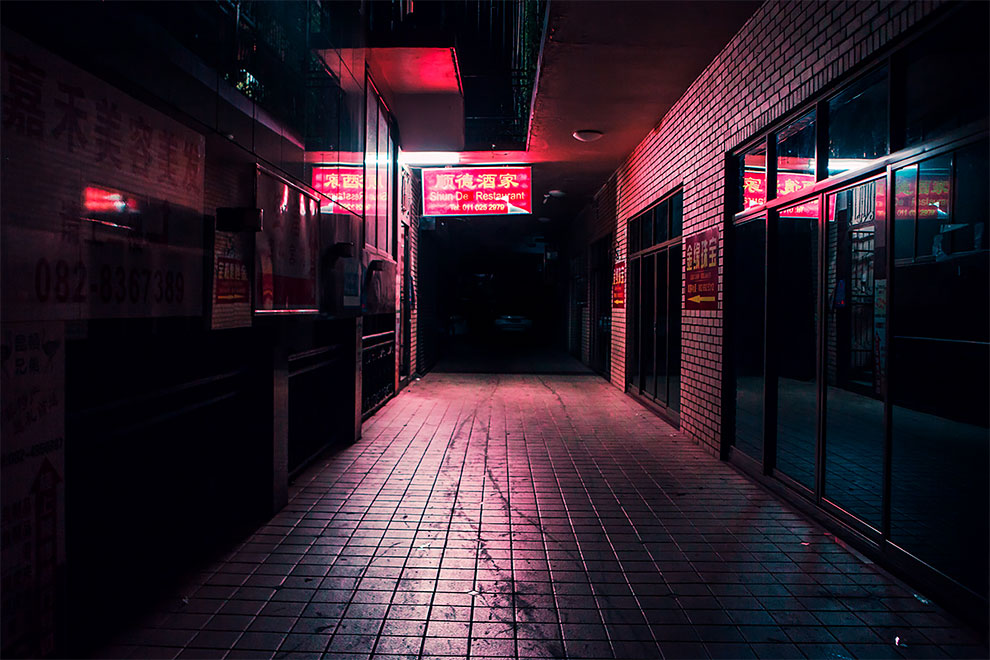 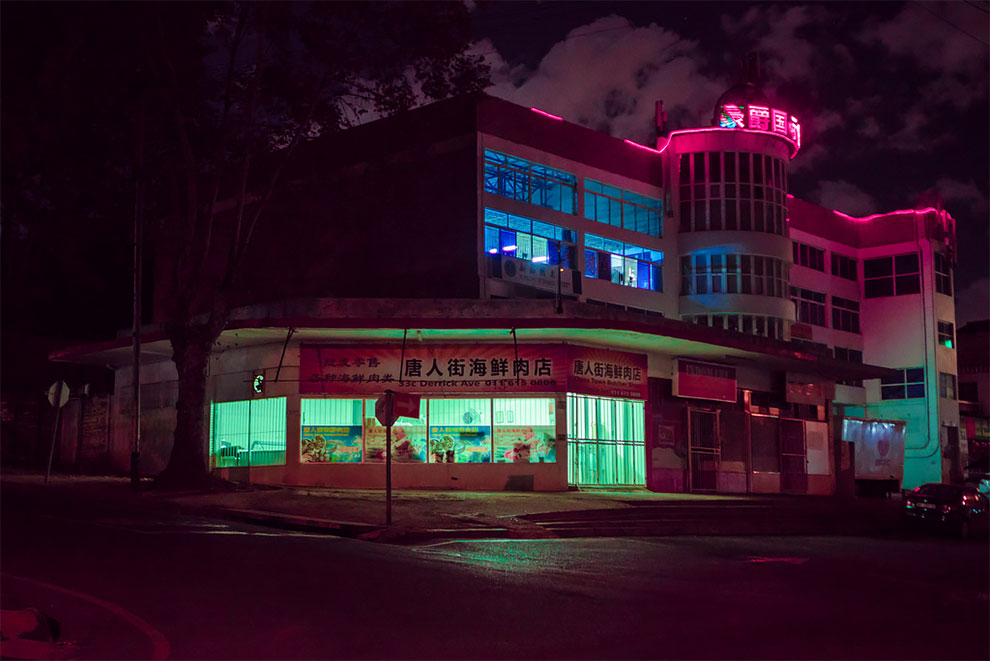 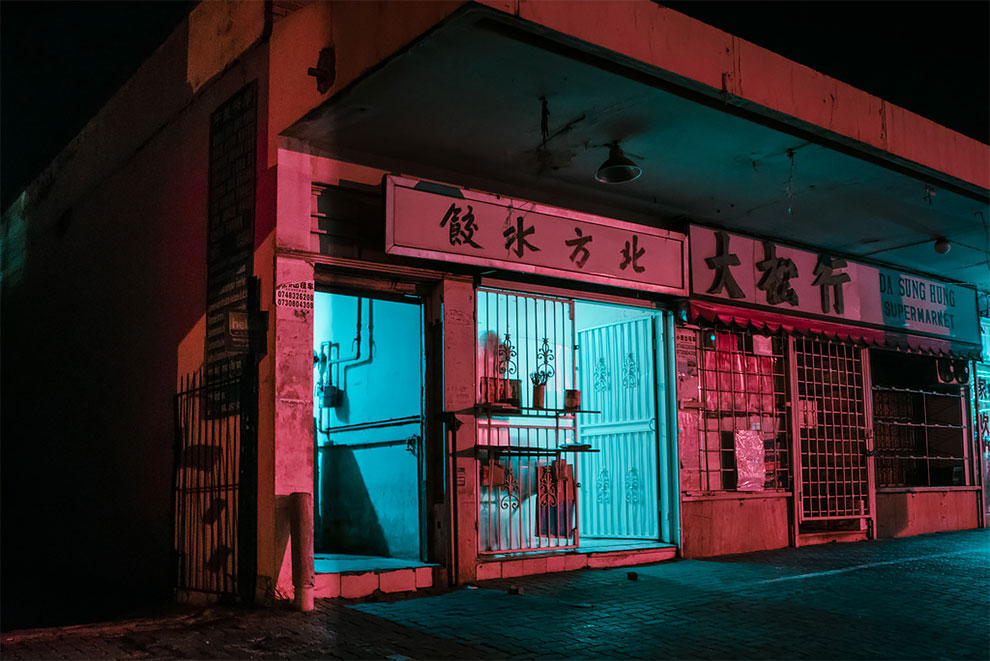 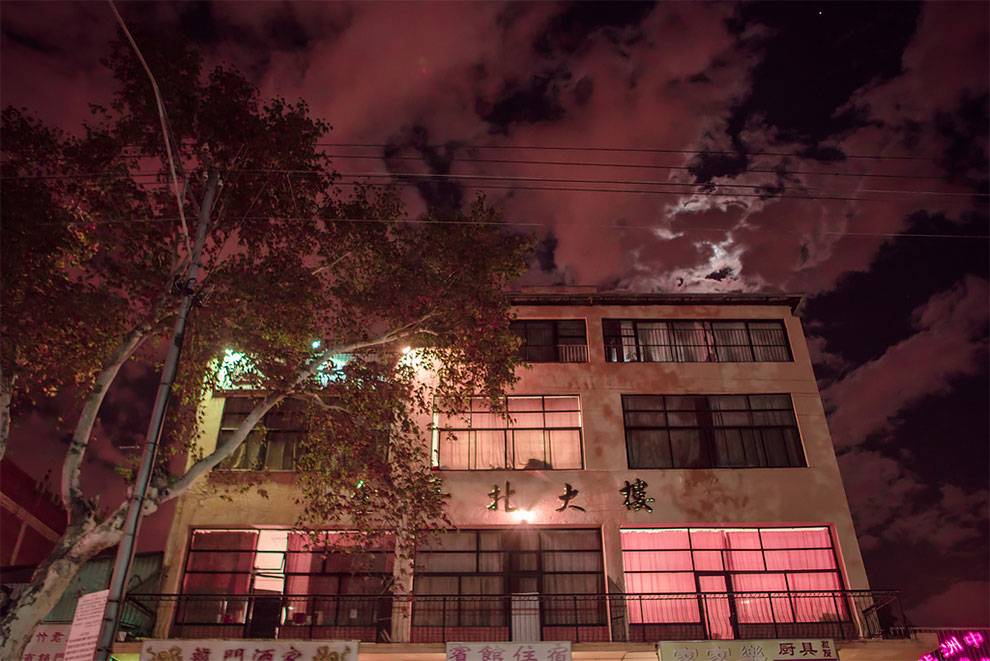 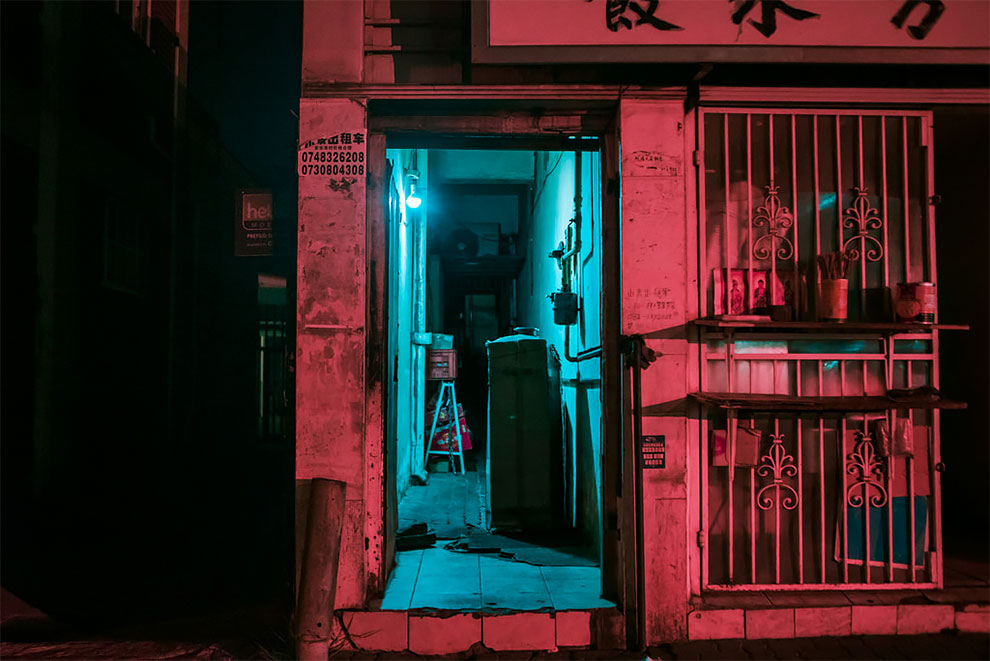 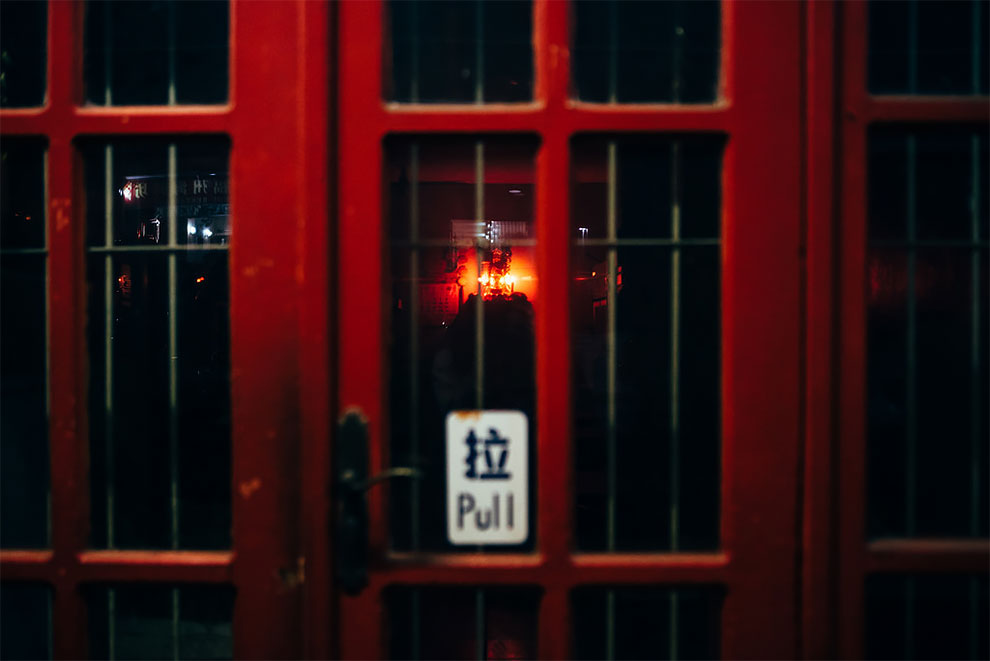 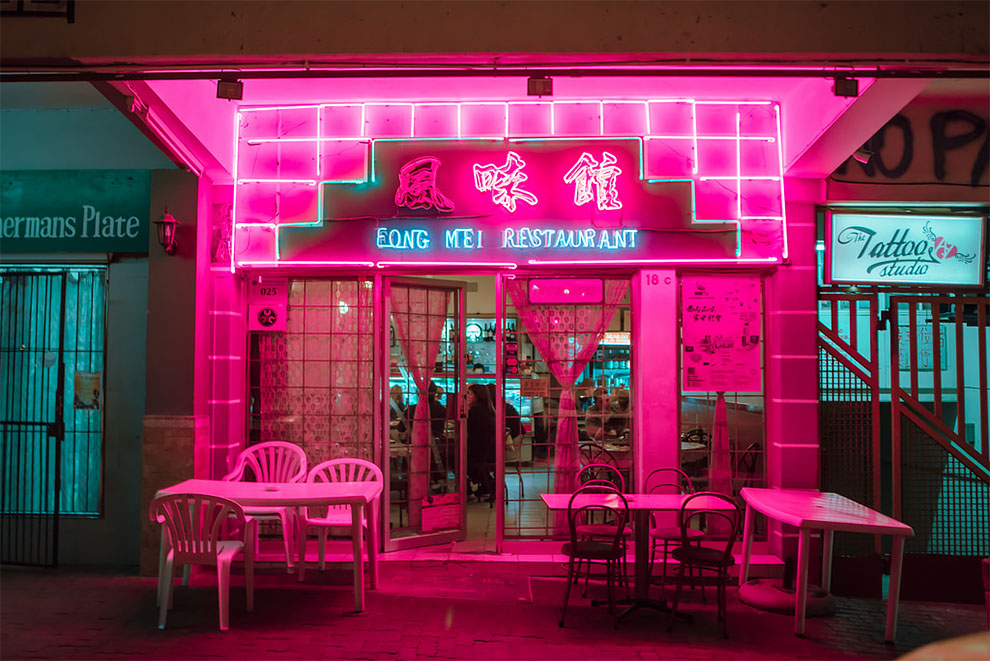 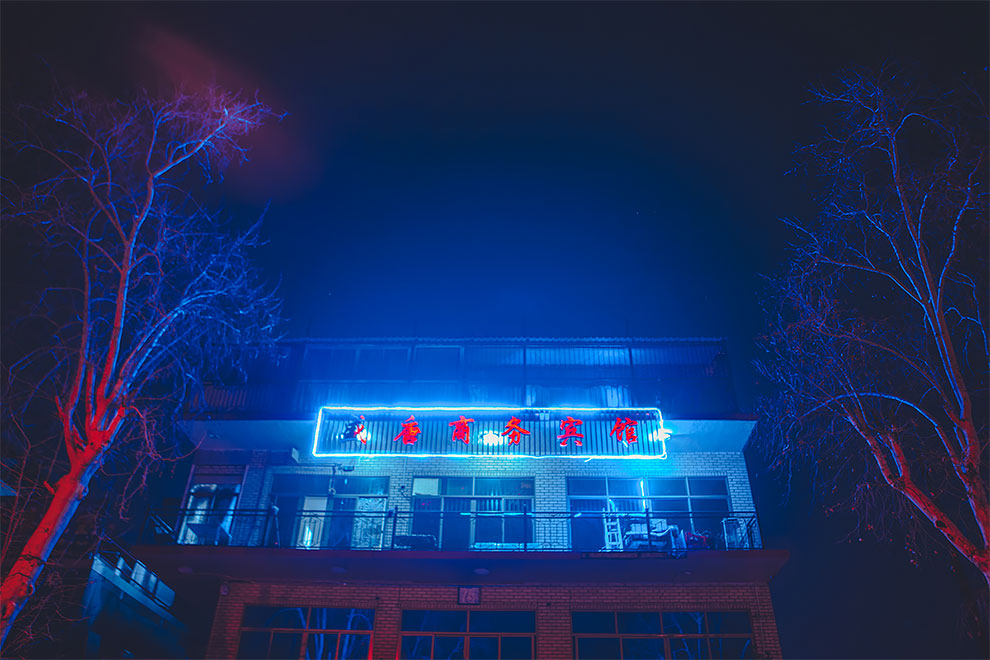 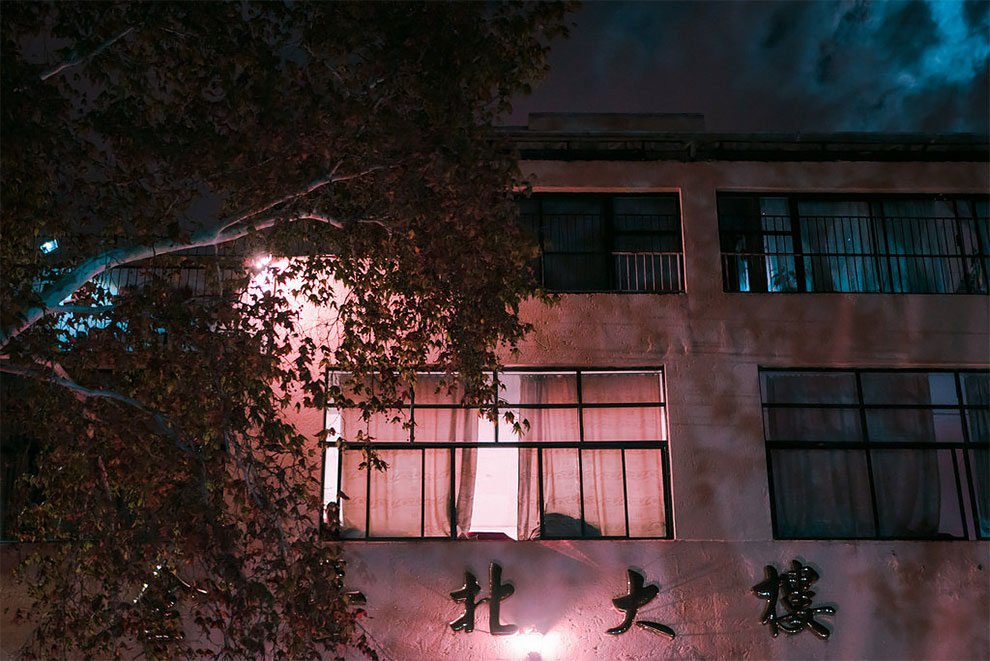 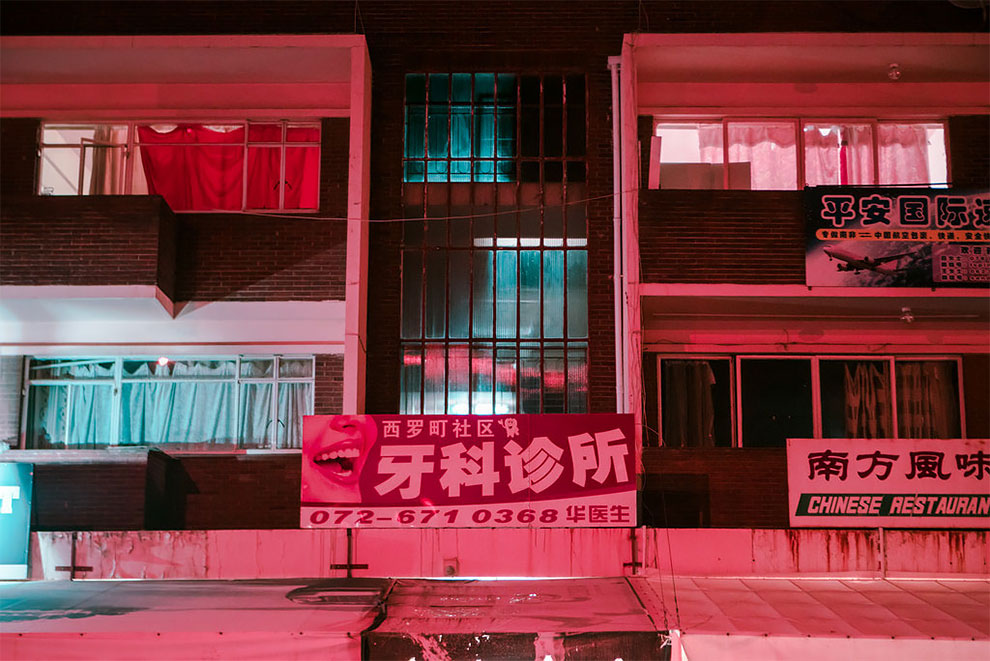 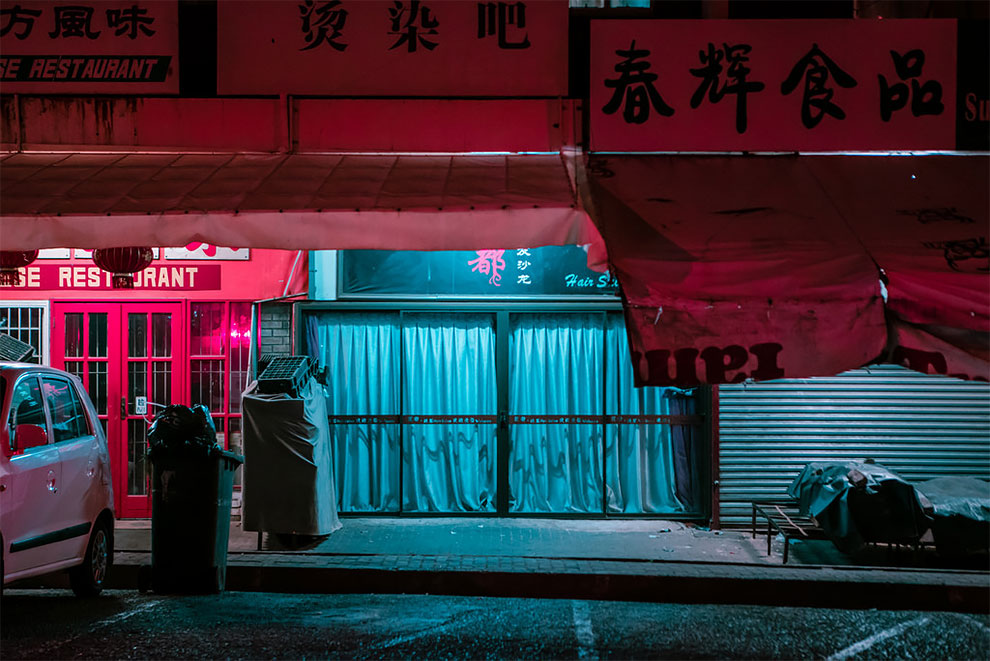 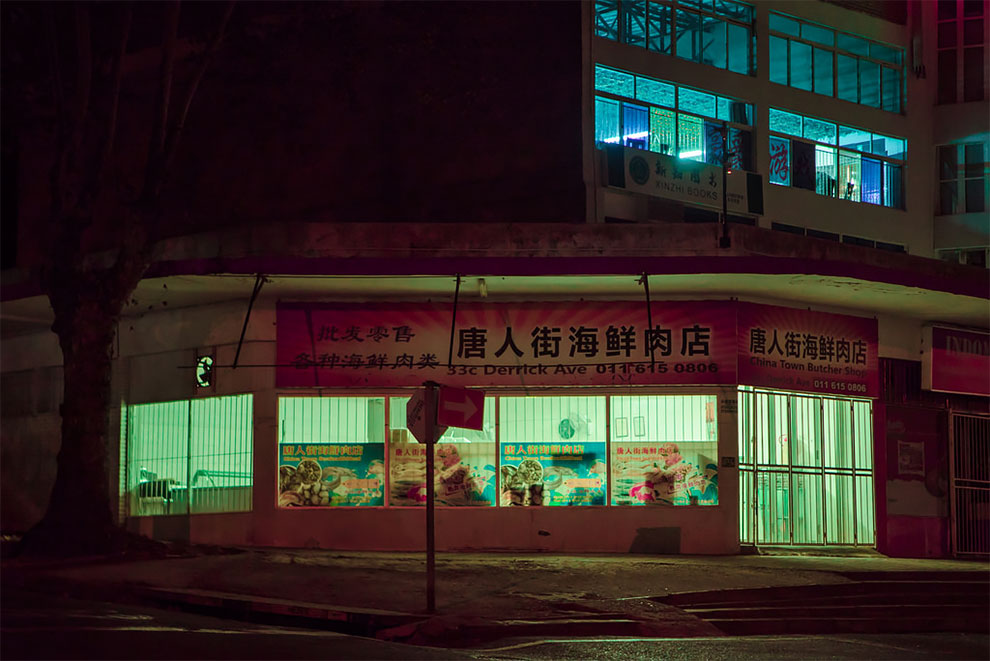 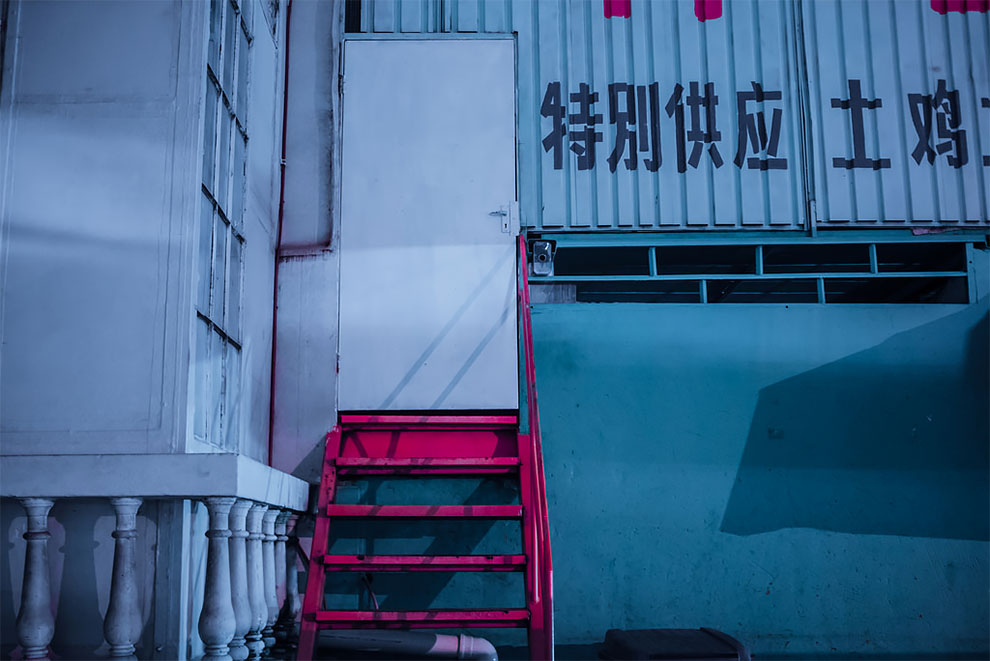 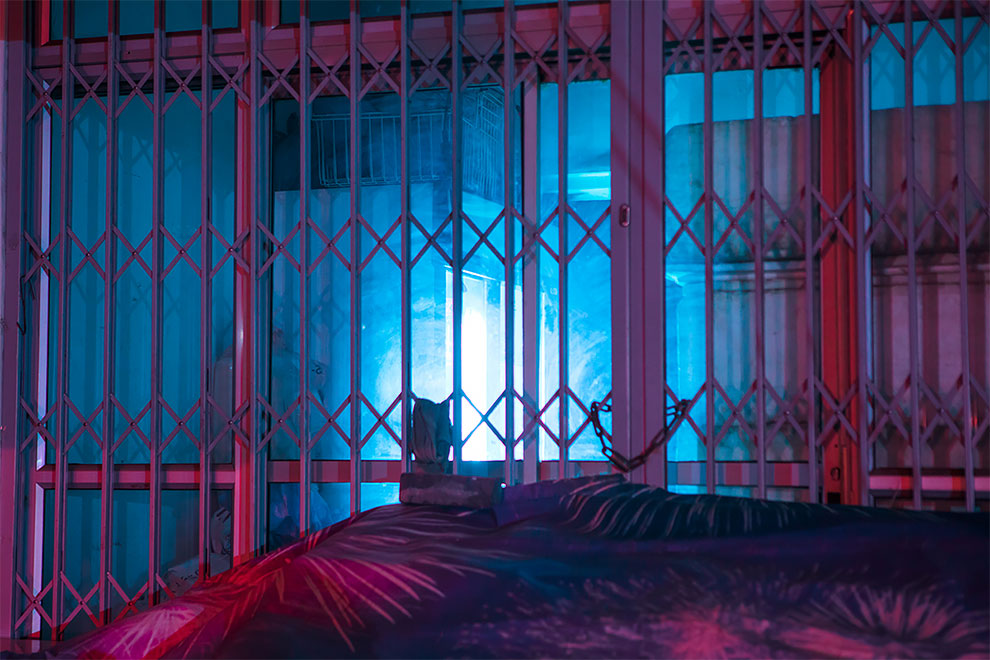 Australian Photography Awards Winners Show the Beauty and Weirdness of The Time that We Live In
Daphne Guinness for Tatler Hong Kong, March 2012
Jodie Foster Holding a Lamb in a Promo Shoot for "The Silence of the Lambs"
These Animal Rings Come Alive When 3 Pieces Are Put Together
Beautiful Flower Photography By The Polish Photographer Barbara Florczyk
Vintage Photos Capture Lovely Moments Of Australian Children In The Summer
Horrible Distorted Portraits Of Celebrities As You've Never Seen Them
Sensual and Surreal Fine Art Photography by Oleg Oprisco
These Unusual And Sarcastic Illustrations Will Make You Rethink The Way We Live
Photographer Michael Lee Captures London Like You’ve Never Seen Before
Portraits of Twiggy Taken by Ron Burton for the Mirror and Herald in 1966
Woman Uses Her iPhone To Capture Portraits Of Strangers On Her Daily Commute To Work, And The Result Is Impressive
Creauters from Outer Space
Stunning Portraits Of The Ukraine's Maidan Protesters
Cheerful Photographs of Hipsters Taking It Way Too Far
"View from the Top": A Historical Look at The Beautiful Stewardesses of The 1960s-1980s
Photographer Spends Eternity Waiting For Museum Visitors To Match Artworks
The Past in Focus: 200 Fascinating Vintage Travel Photographs Are Being Restored
Gardens of Eden: The Heavenly Horticulture Blossoming on Roofs High above the City
Wonderful Intimate Photos Of Women Villagers Who Run The Show In Rural Russia
American Still Life
"Air, Land & Sea" Exhibition: 50 Greatest Wildlife Photographs Of The National Geographic
Before Photoshop – 14 Historic Photos That Have Been Manipulated
"Under The Electric Sky": Beautiful Portrait Photography In Neon Lights By Tom Dewh
africa, cityscapes, soaked, south, these