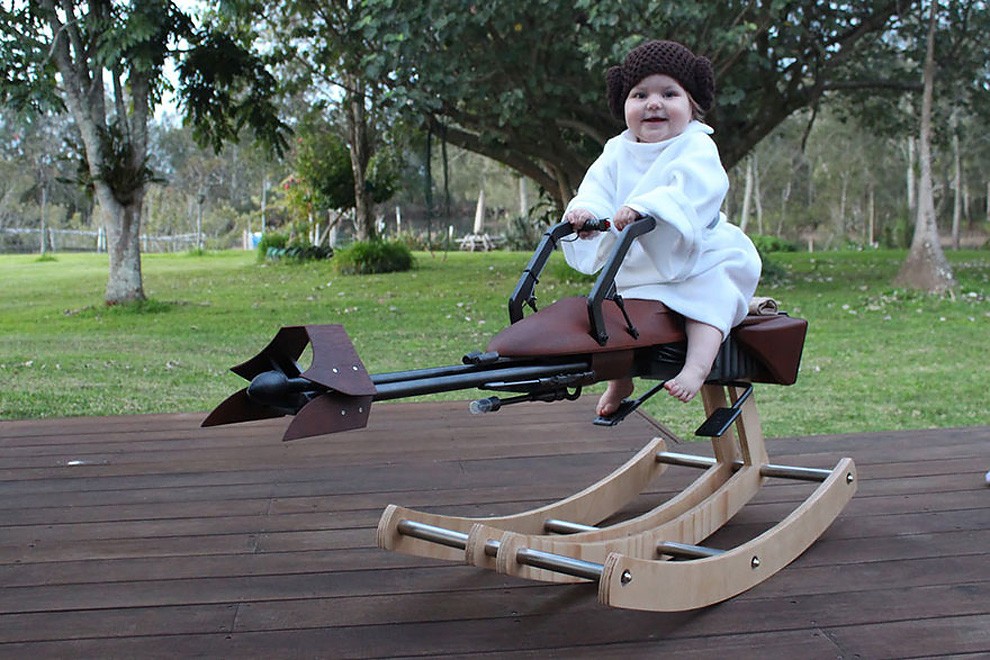 Craftsman Tez Gelmir built his daughter an incredibly detailed rocking horse that’s fit for an intergalactic princess. “I have built my son lots of projects, but with my daughter’s first birthday coming up I felt it was her turn to get some project love and what better way than with her own Speeder Bike?!” Gelmir wrote on Instructables. This unique venture was inspired by the 74-Z Speeder Bike that’s known for its appearance in the 1983 movie ‘Star Wars: Episode VI: Return of the Jedi’. 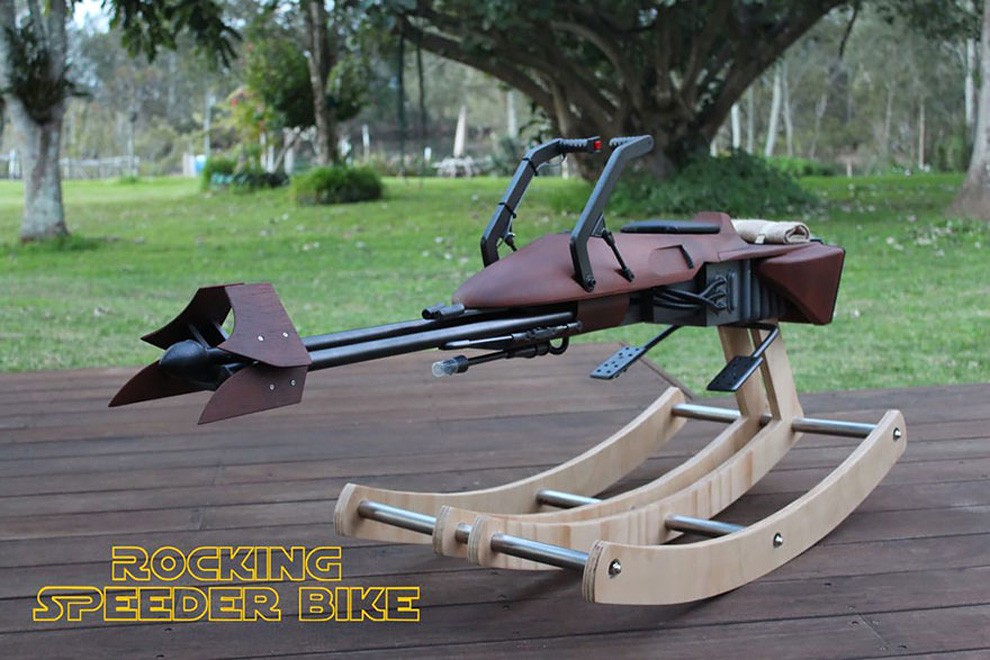 On Instructables, Gelmir has recorded the entire process with step-by-step instructions. If you have some plywood, PVC tubing, screws, bolts, and a 3D printer, you, too, can make the same kid-friendly design for any deserving Star Wars fan. 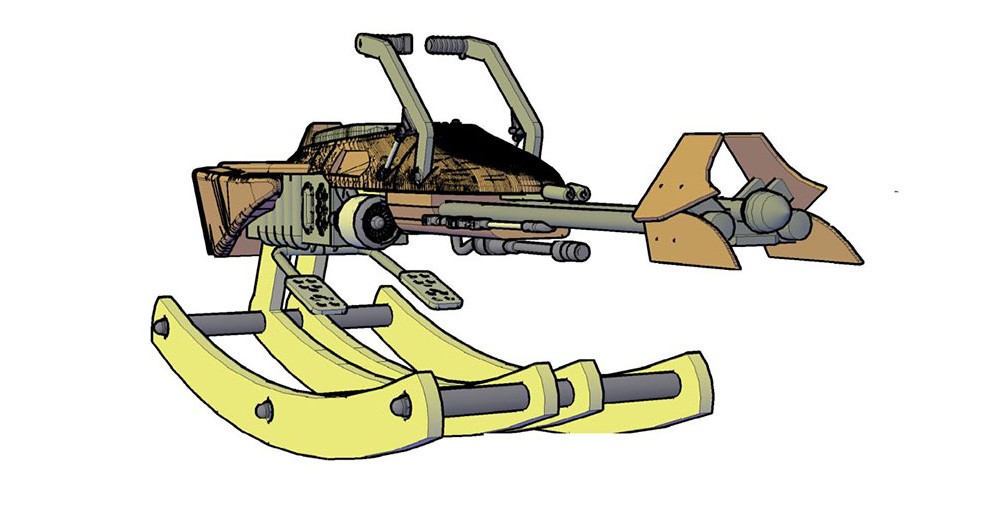 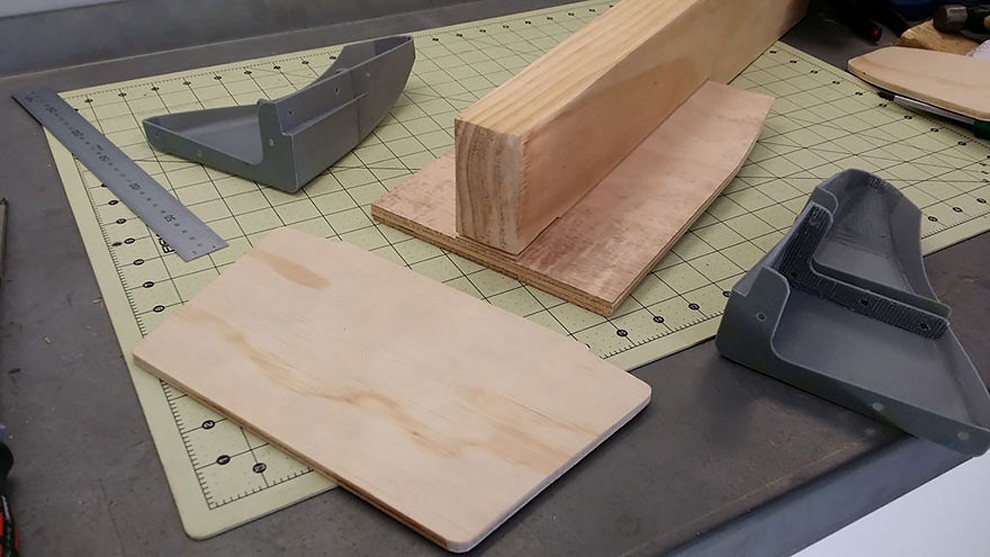 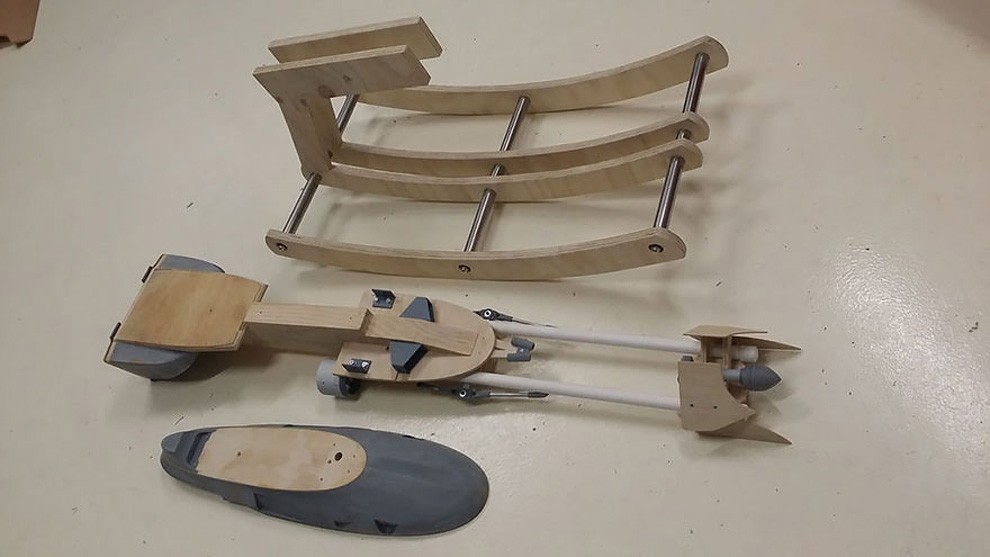 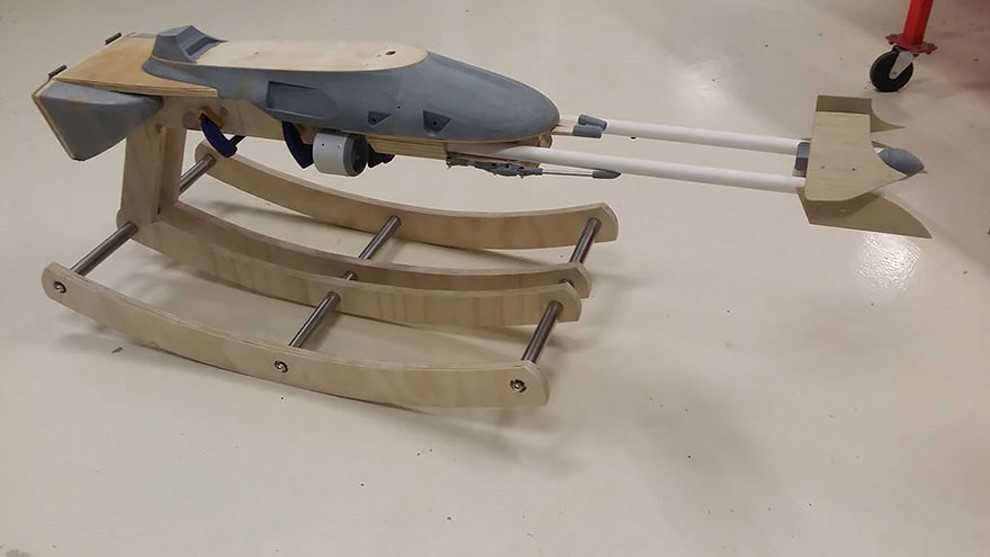 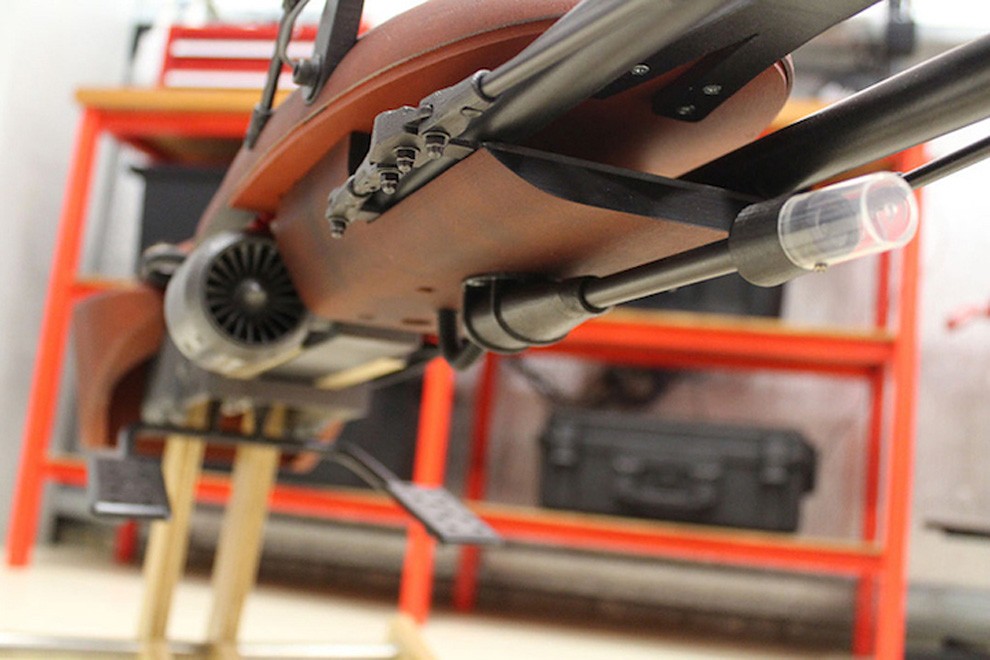 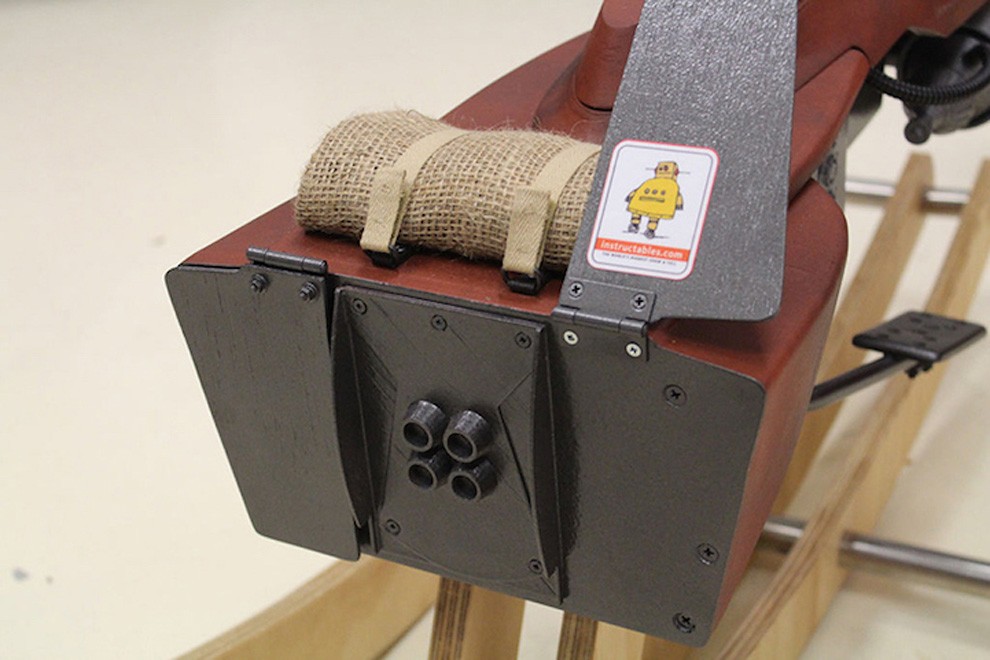 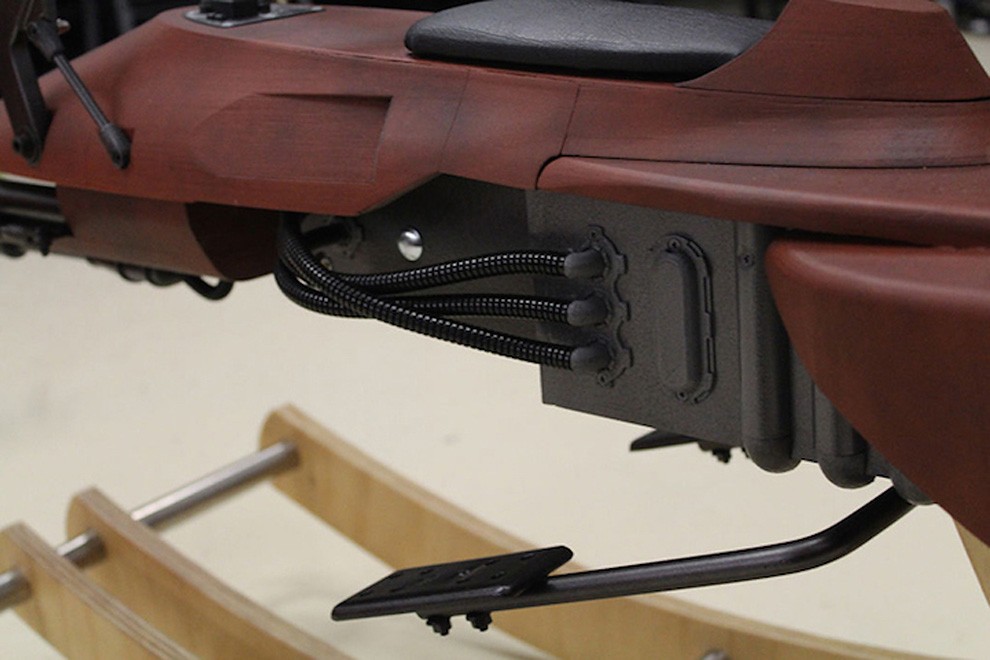 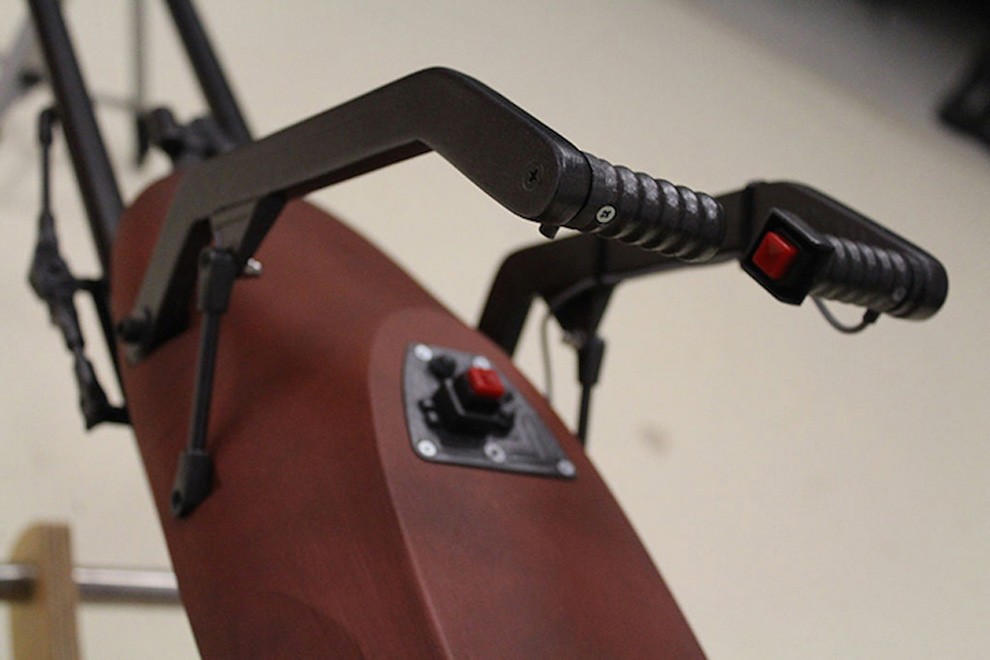 Giant Skeletons Emerge From A Street In Mexico City
Japanese “Sheer” T-Shirt Gives You The Body You Always Wanted
Real-Life Orc: Brazilian Tattoo Artist Has Giant Tusks Implanted to Resemble Fictional Creature
Nature-Inspired Tattoos Combine Vintage-Style Etchings of Fauna and Flora
These Granny Panties Will Revolutionize Your Life
Hello, Is It Me You're Cooking For? Creative Ceramics By Lenny Mud
Japanese Company Creates One-Piece Transparent Anti-fog and Anti-Splash UV Sunglasses
Ed Gein Style Horror Jacket Is The Most Terrifying Jacket Ever
Simon Lee's Superb Sculptures of Hellish Monsters from the Underworld
Cute Cat Hats by Amélie Segarceanu
This Artist Creates Baroque And Gothic Wall Mounts Out Of Taxidermied Spiders
This Russian Artist Dresses Herself And Her Models In Surreal And Weird Costumes Made Out Of Vegetables, Fruits And Plants
NHS Angel Sculpture Unveiled At Sandwell Park In England
Galaxy Inspired Ceramics That Allow You To Drink From The Stars
We Regret To Inform You That Lace Men’s Shorts Are Here For The Summer
Life-Size Cardboard Figures By Warren King
A German Dancer Couple Created Extravagant And Playful Costumes Before They Committed Suicide In 1924
The Realistic 3-Dimensional LEGO Bridge
Romanian Artist Turns Tree Stumps Into Beautiful Artworks
These Ugly Couches That Everybody’s Grandparents Had In Their Living Room!
This Brilliant Dad Shoots Classic Pictures Of His Daughter Inspired From Old Oil-Paintings
It’s Tempting, But Don’t Try Eating Anything Made By This Artist — You Might Break Your Teeth!
Couple Made Tiny Baby Yoda Hard Boiled Eggs For A Party
Singaporean Artist Gains International Following For Her Sculptures Of Body Parts
builds, custom, daughter, horse, loving, rocking