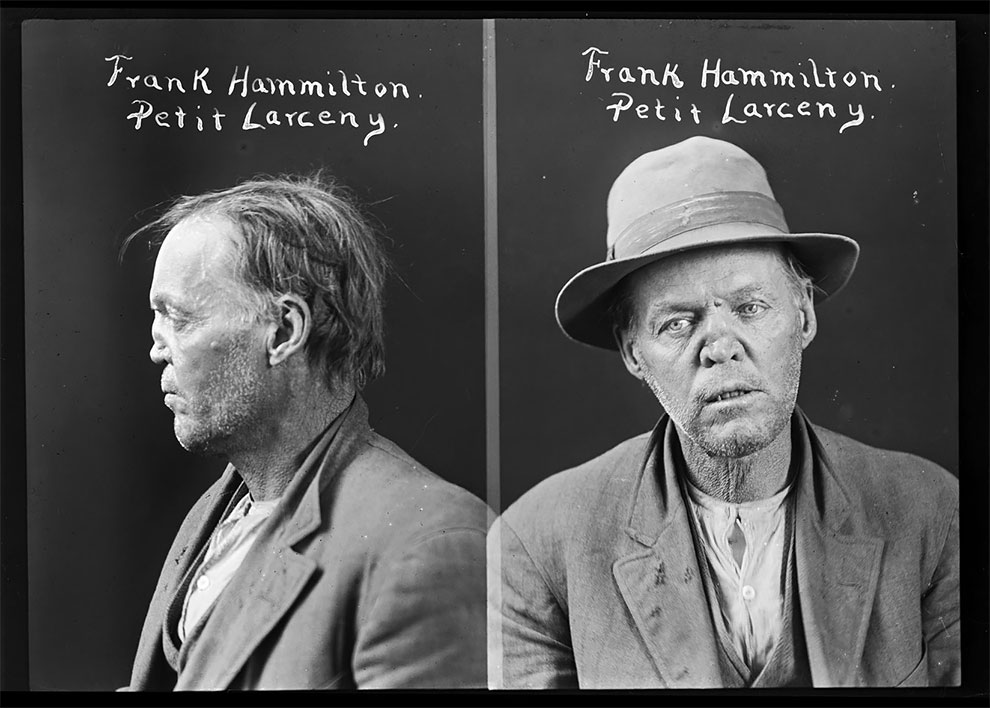 Arne Svenson describes the fading black and white photographs which stare back at us in antique stores and are thrown carelessly on flea market tables as “orphaned”—nameless and abandoned from the context of their history.

In his book, Prisoners, Svenson has adopted a group of forgotten children; mug shot negatives which he found, developed, and brought back from the dead.

These turn-of-the-century photographs, from the small town of Marysville, California, were taken by Clara S. Smith, a family portrait photographer. A backdrop of a garden with diffused lighting, used for her portrait clients, was not altered when an alleged criminal was brought into her studio by the police—and for many of these men, a mug shot was surely their only means to a photographic portrait. There is a shocking beauty in Ms. Smith’s work, in her ability to capture these frightened, angry, and indifferent faces.

Above each image is an inscription with the man’s name and the crime for which he was accused: Frank White, Petit Larceny; Claude F. Hawkins, Murder. To understand a man through his image, name, and alleged crime is a glimmer into a story aching to be told, which Arne Svenson lovingly has done.

The back of the book is comprised of Svenson’s research from two local newspapers of the time, as well as prison records from San Quentin and Folsom Prison. In expanding beyond the surface, we find that a man accused of petit larceny had actually only stolen a jacket to keep himself warm.

These documents also prove that racial tensions then are not far removed from today’s—when W.M. Brown, a black man, resisted a policeman “unless shown a star or other warrant of arrest,” he was charged with disturbing the peace. Arne Svenson has released these men to us with sympathy, an otherwise impossible opportunity for many of them in their own time. 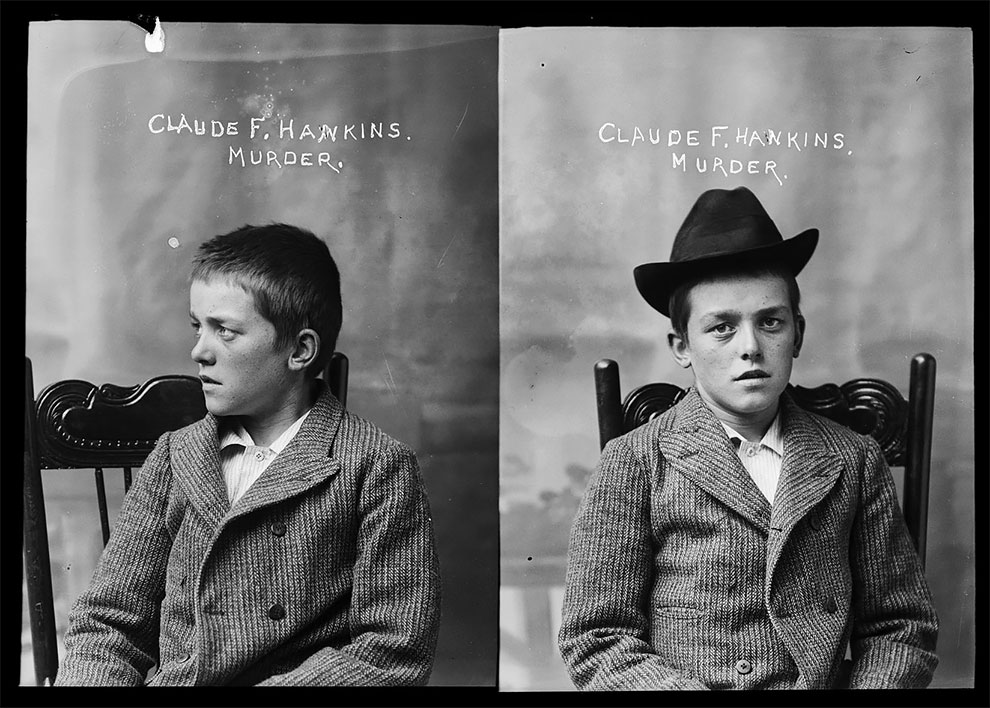 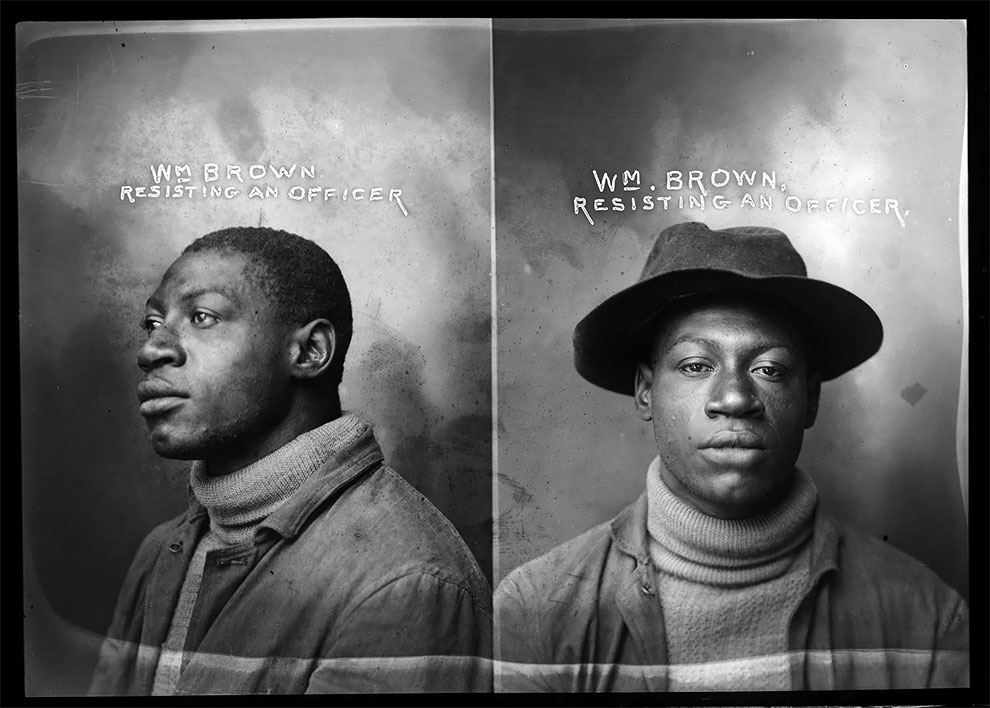 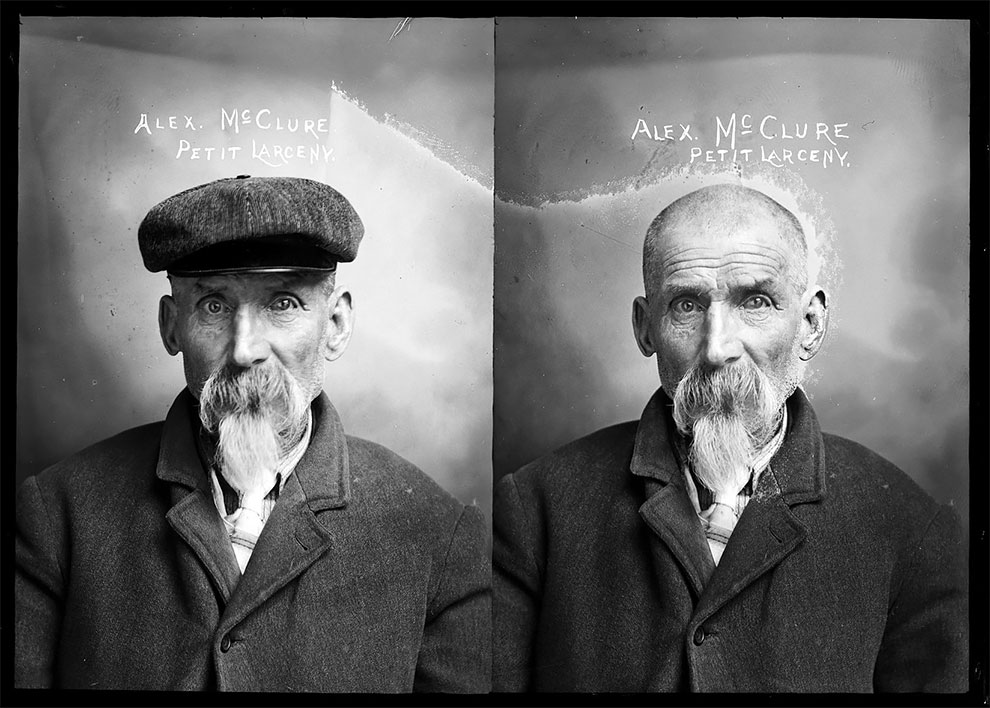 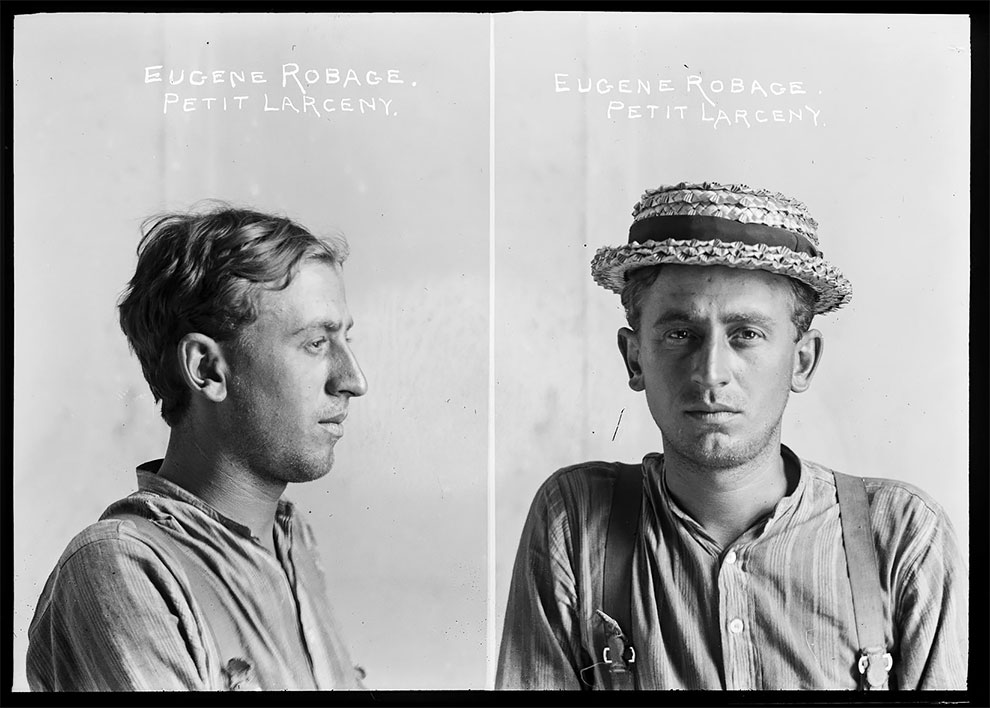 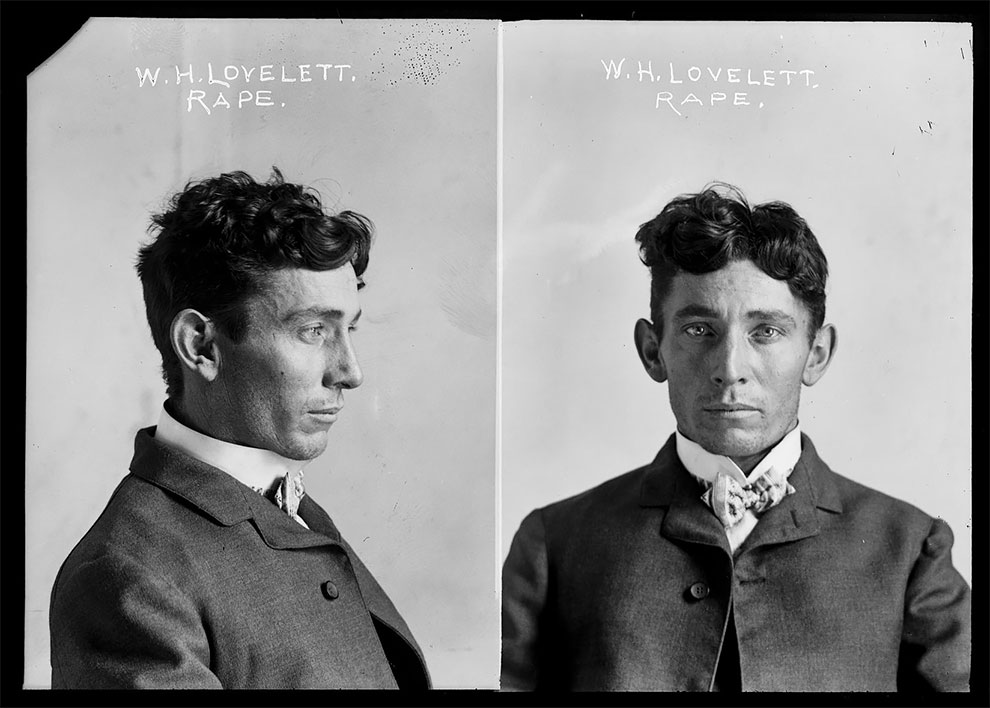 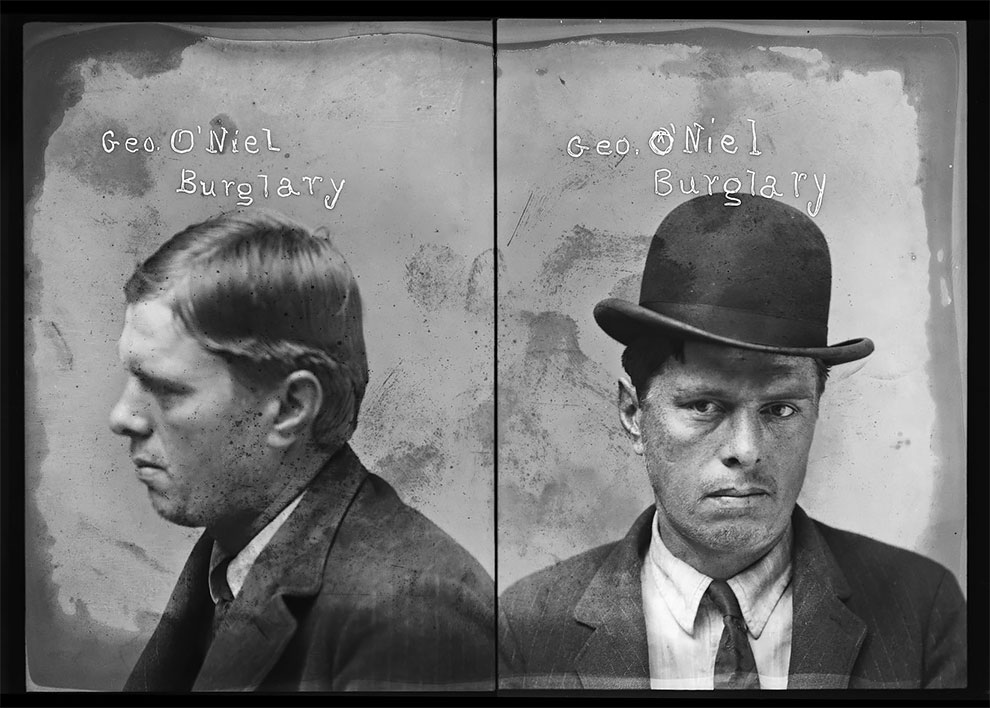 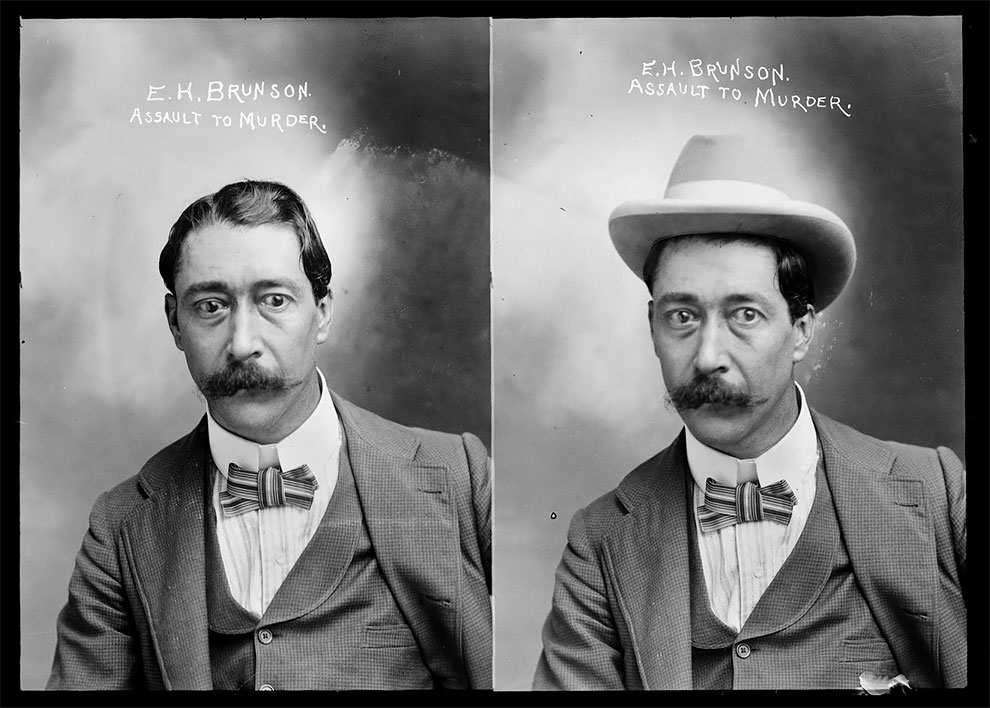 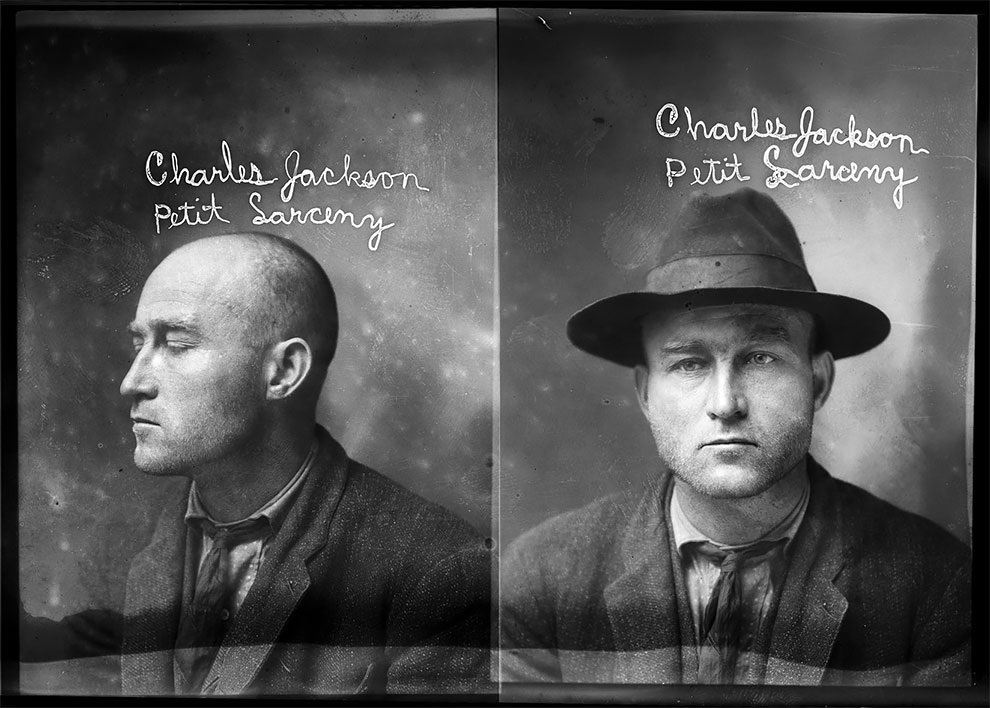 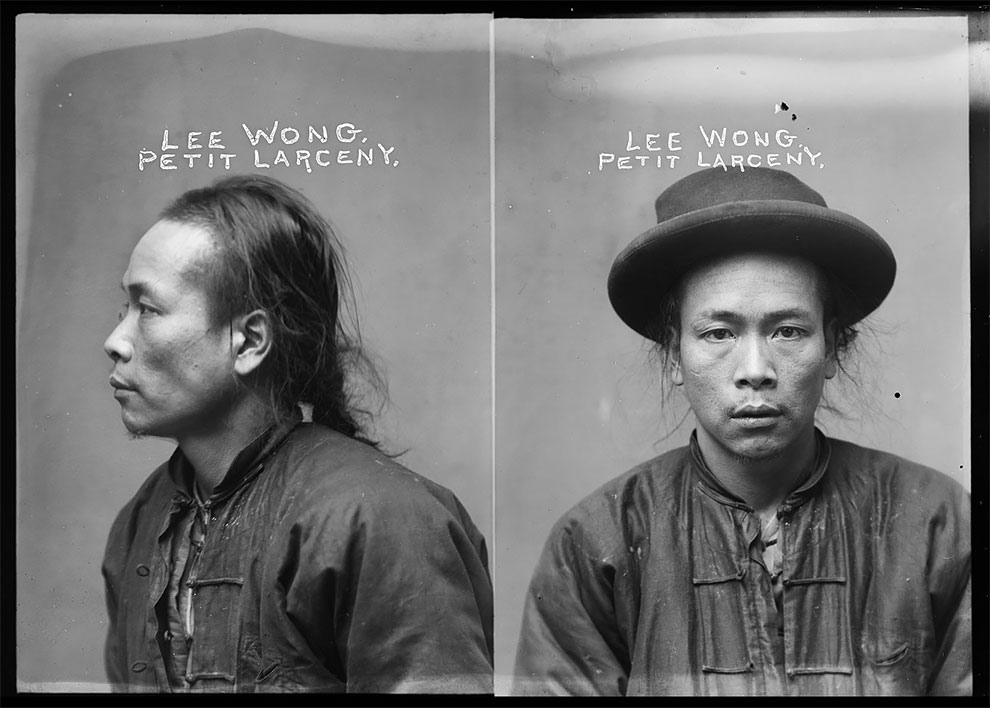 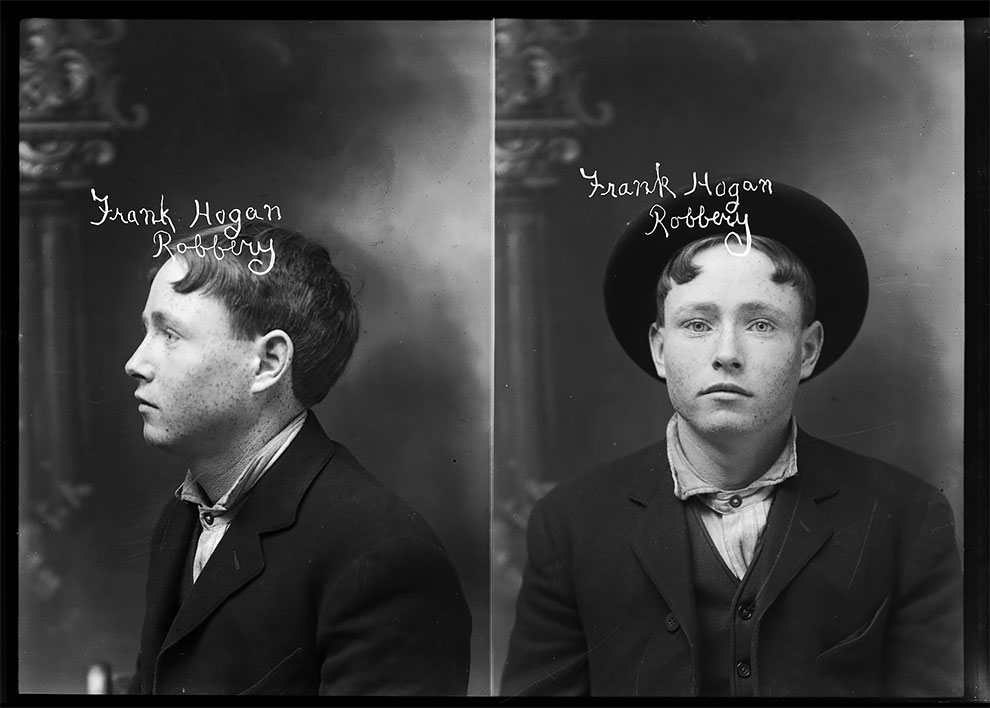 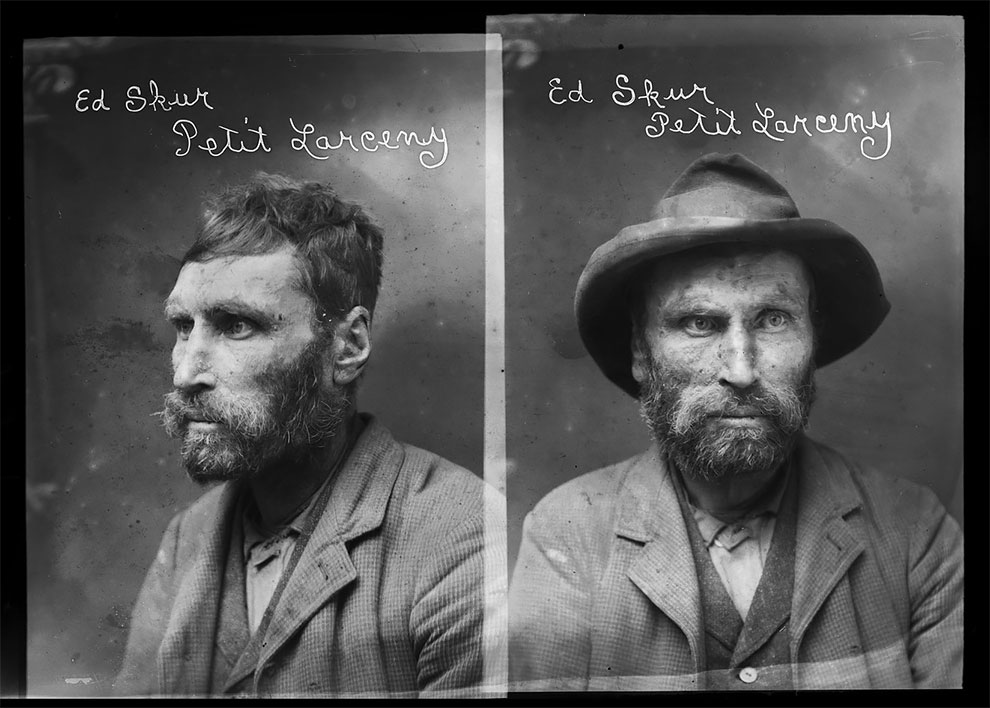 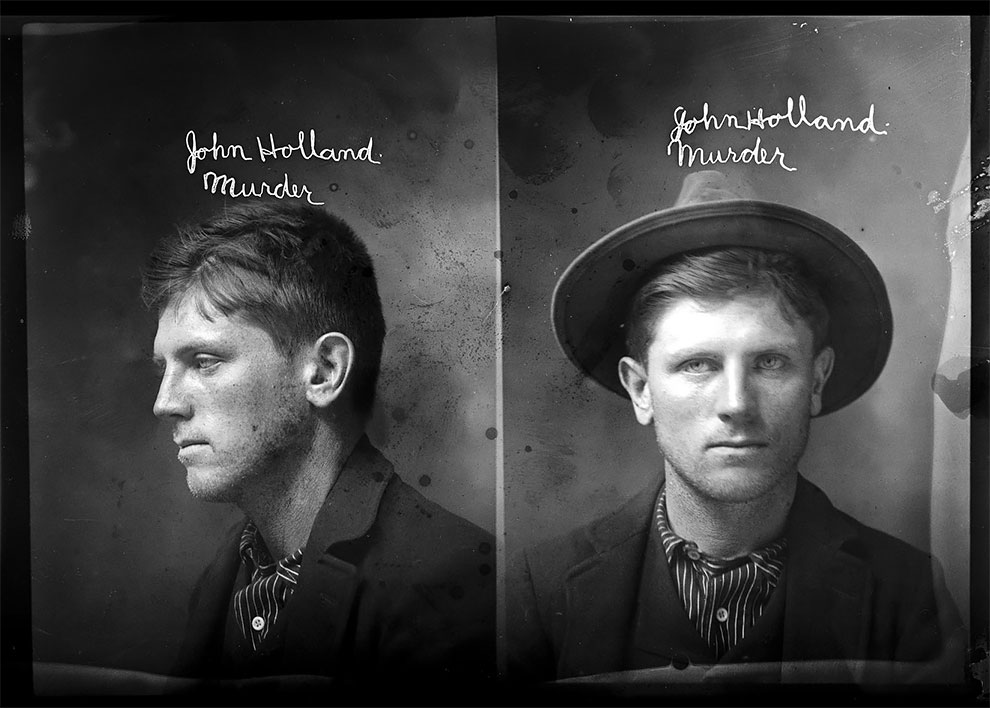 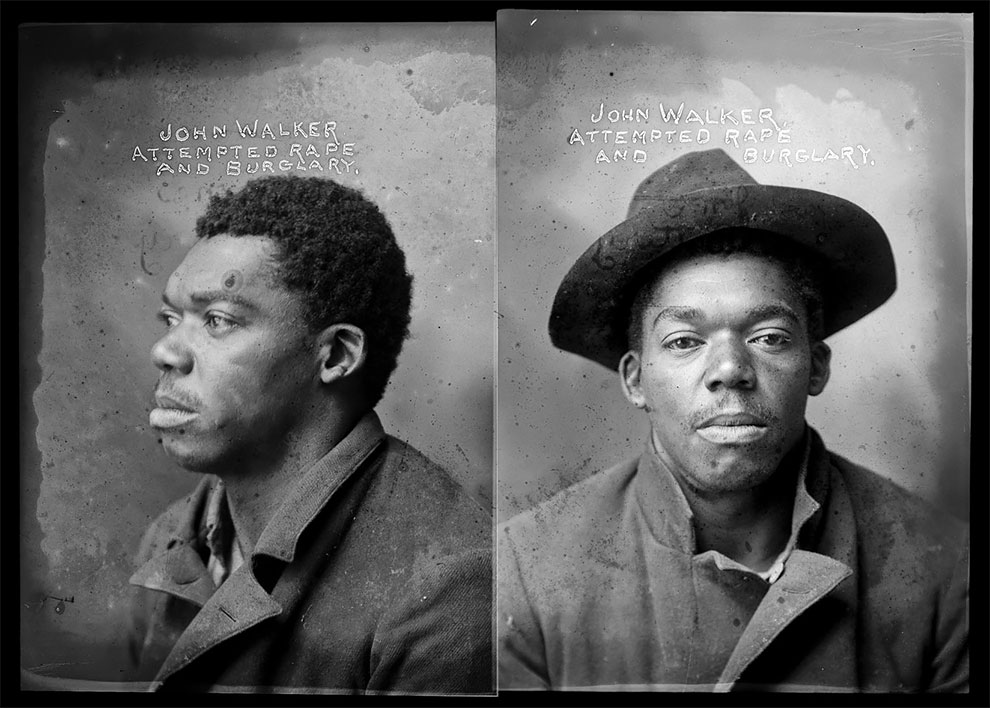 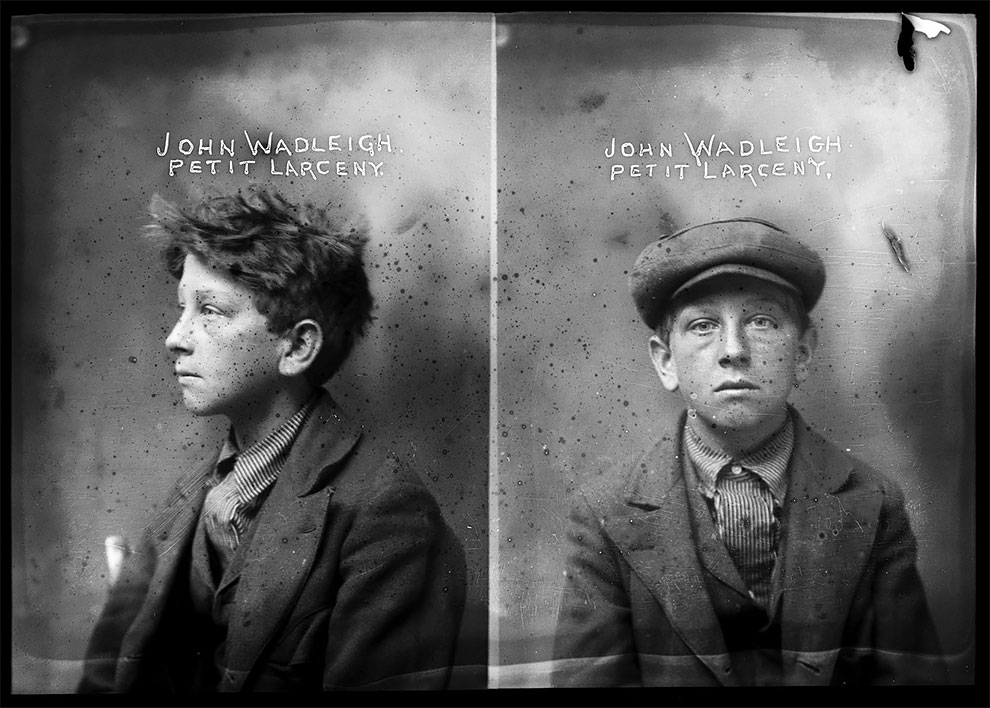 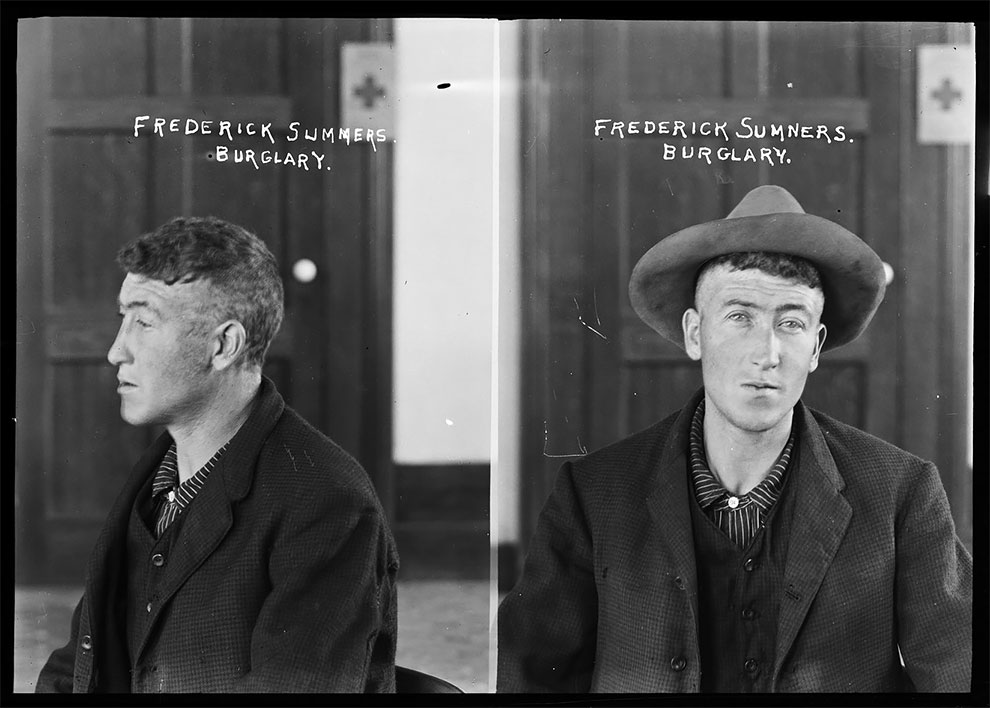 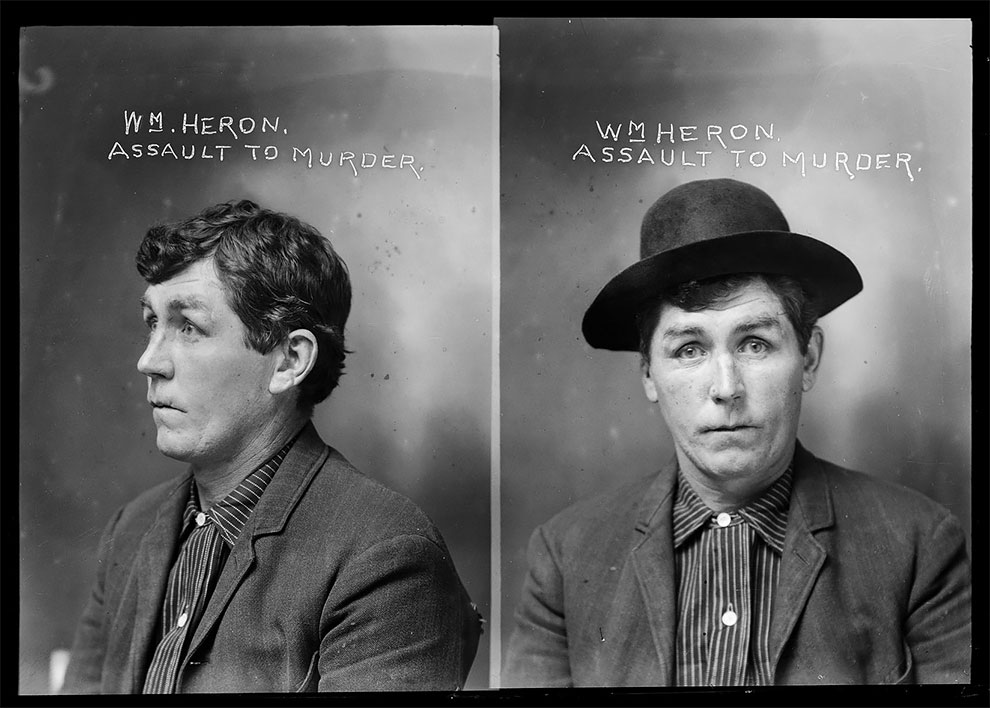 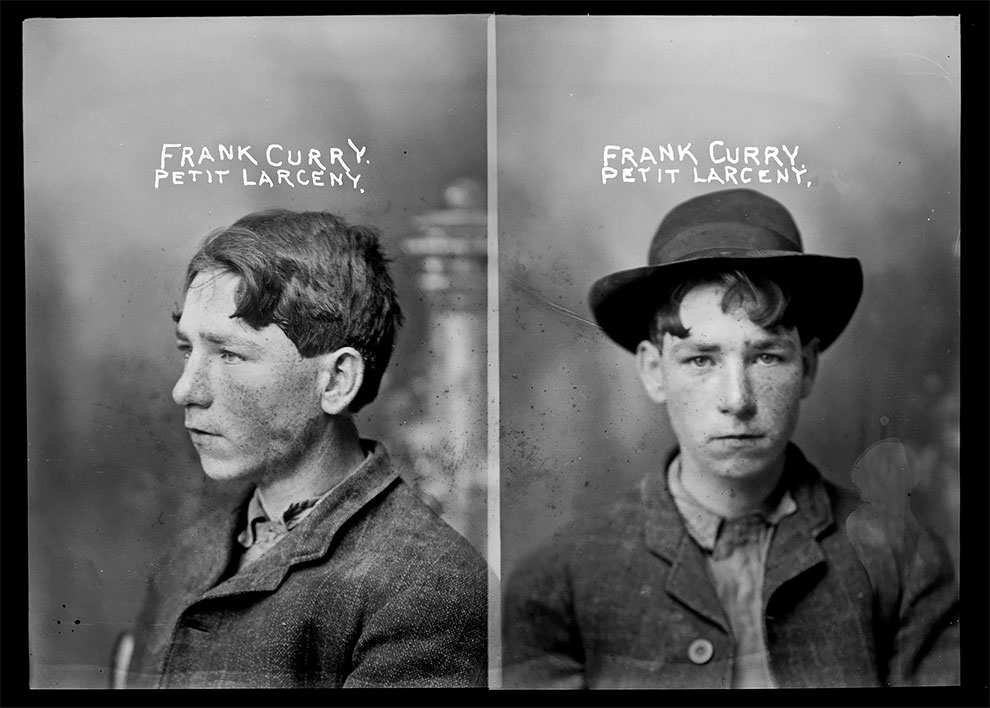 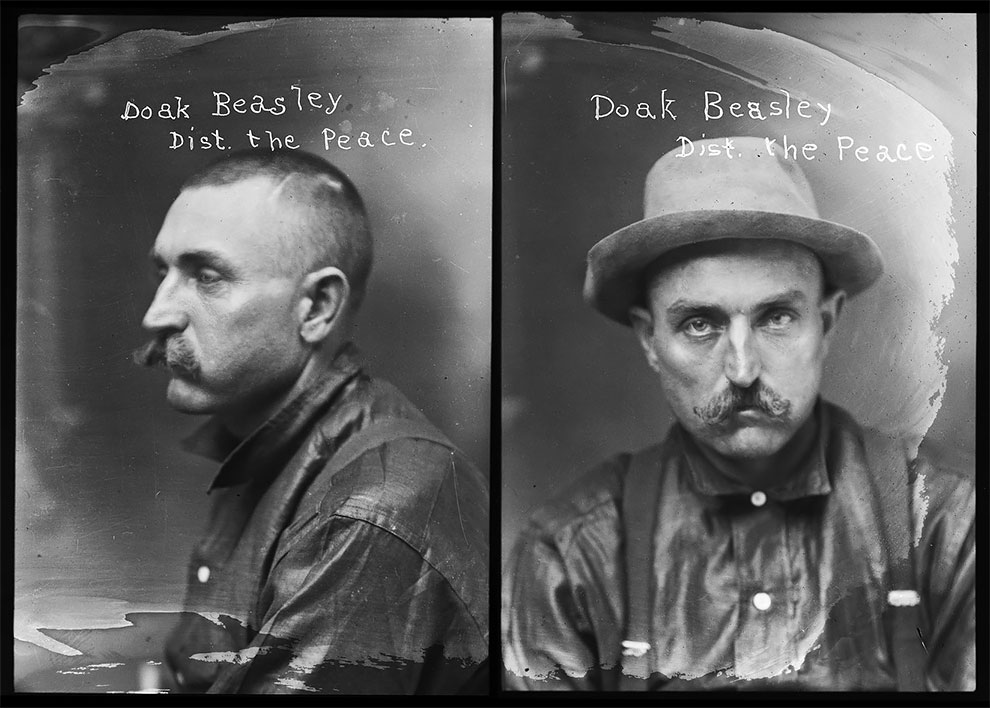 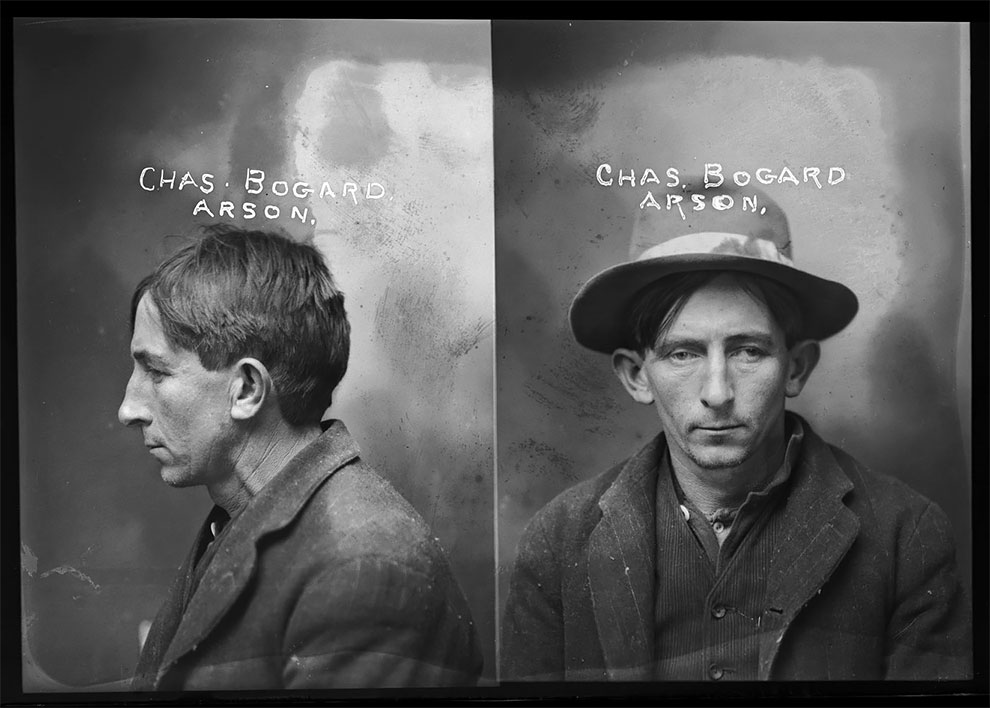 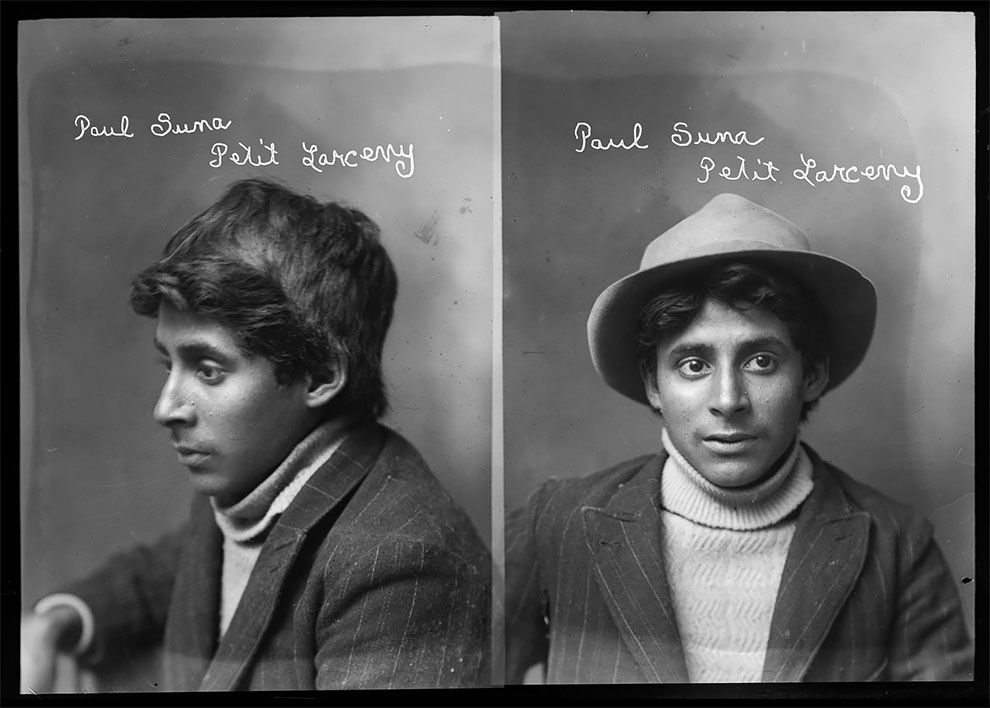 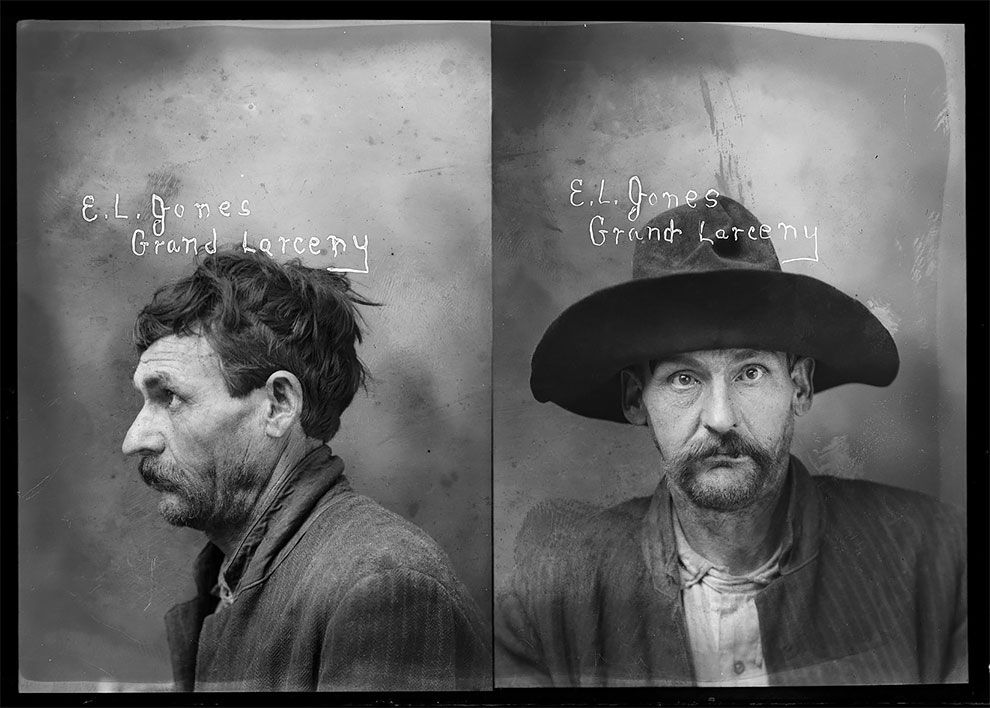 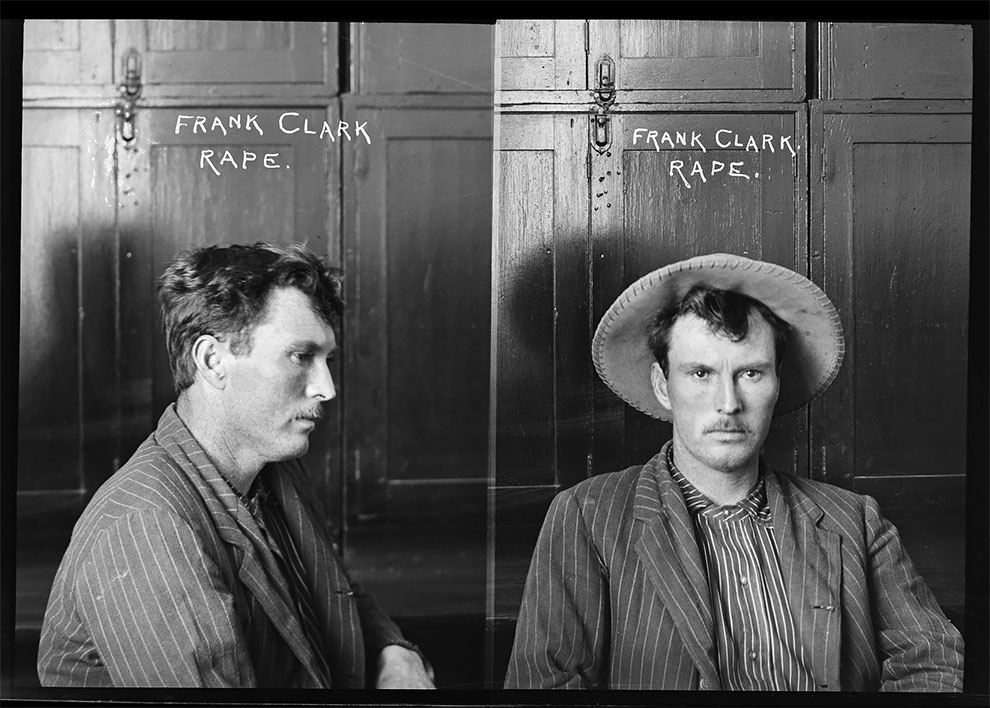 Great Photos Of Mid-Century New York City By Frank Oscar Larson
The Final Selection Of Entries From The National Geographic 2015 Photo Contest
These Photographs Of Fathers And Their Sons Reveal The Full Wonder Of Human Genes
Wedding Photo Shoot Gets Interrupted By A Deer, Hilarity Ensues
Horses, Gigantic Wooden Table and Two Chairs
Amazing Works Of Joshua Hibbert
Best Pictures From The Royal Air Force Photographic Competition 2018
Breathtaking Photos Of Isolated Tribes From All Around The World
Photographer Sandro Casutt Took The Amazing Snaps Of The Andromeda Galaxy
Russian Photographer Kristina Makeeva Captures Women In Dresses Set Against Magical Landscapes
Sensual and Surreal Fine Art Photography by Oleg Oprisco
Rare Photographs Of The Beatles On Holiday On Tenerife Island Before They Became World Famous
Vintage American Landscapes By Michael Eastman
Vintage Photos Capture People Wearing Masks During the Great Smog in the 1950s
The Crazy Hair of Mexican Cholombiano Subculture in Photographs by Stefan Ruiz
Here’s What Marijuana Looks Like Under The Microscope
London During the Blitz Through Powerful Color Photos
"The Owls Are Not What They Seem": Magical Pictures Of Owls By Daniel J Nevares
Creative And Colorful Minimalist Photography By Roynaldi Saputra
Hooray for Jia Jia
Amazing Photographs Of Trees Growing Through Classic Cars
International Garden Photographer Of The Year Macro Winners
The World Through Jack London's Eyes
Photographs of Excited Dutch Boys Hanging on a Moving Train After the Liberation, 1945
larceny, mayhem, murder, petit, prisoners, svenson