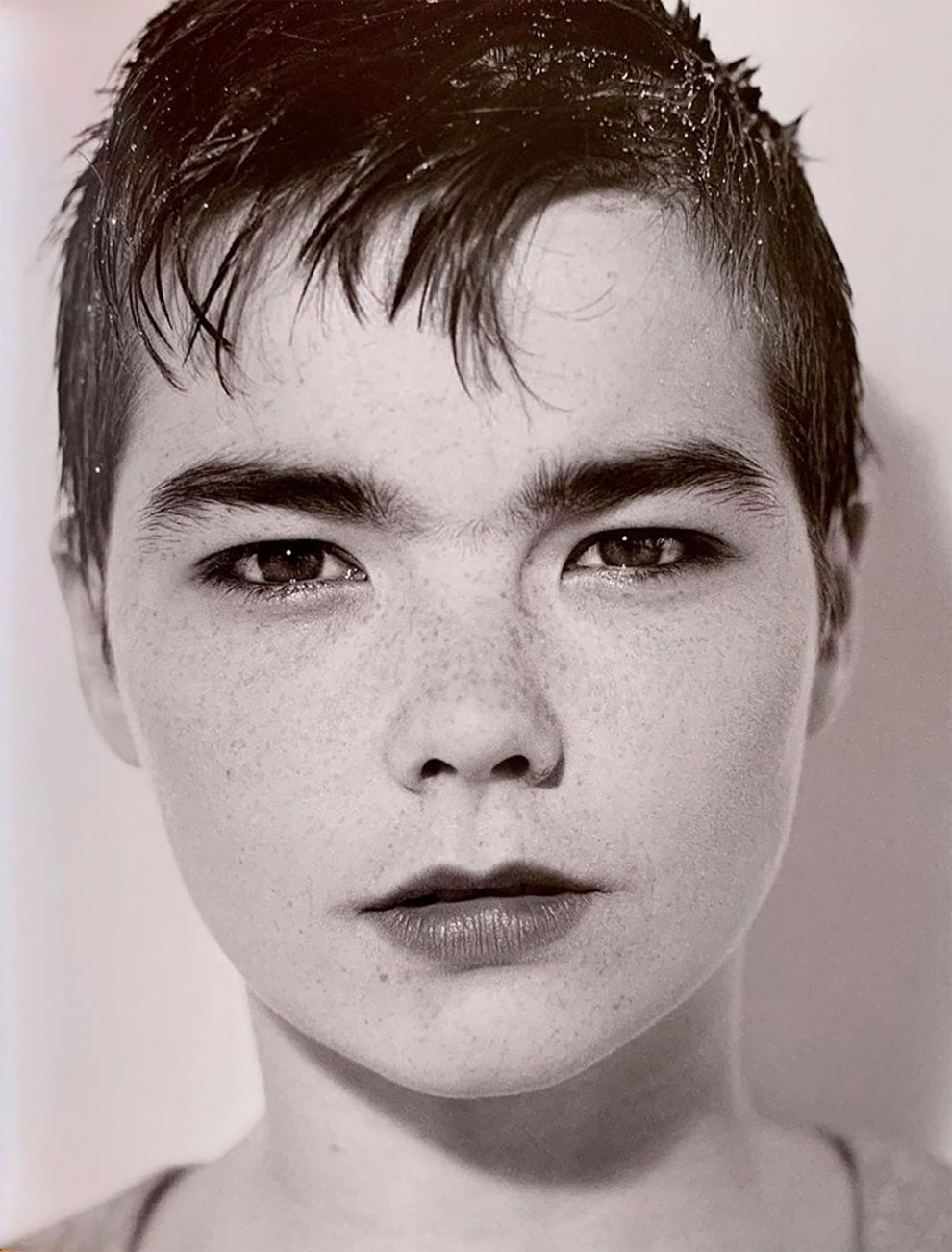 Björk was born on October 21, 1966, in Iceland’s capital city, Reykjavik. From the age of six until she was 14, she attended a local music school, where she studied the classics, and learned to play the flute and the piano. These amazing portraits of Björk were taken by photographer Herb Ritts in 1989, when she still was in the Sugarcubes. 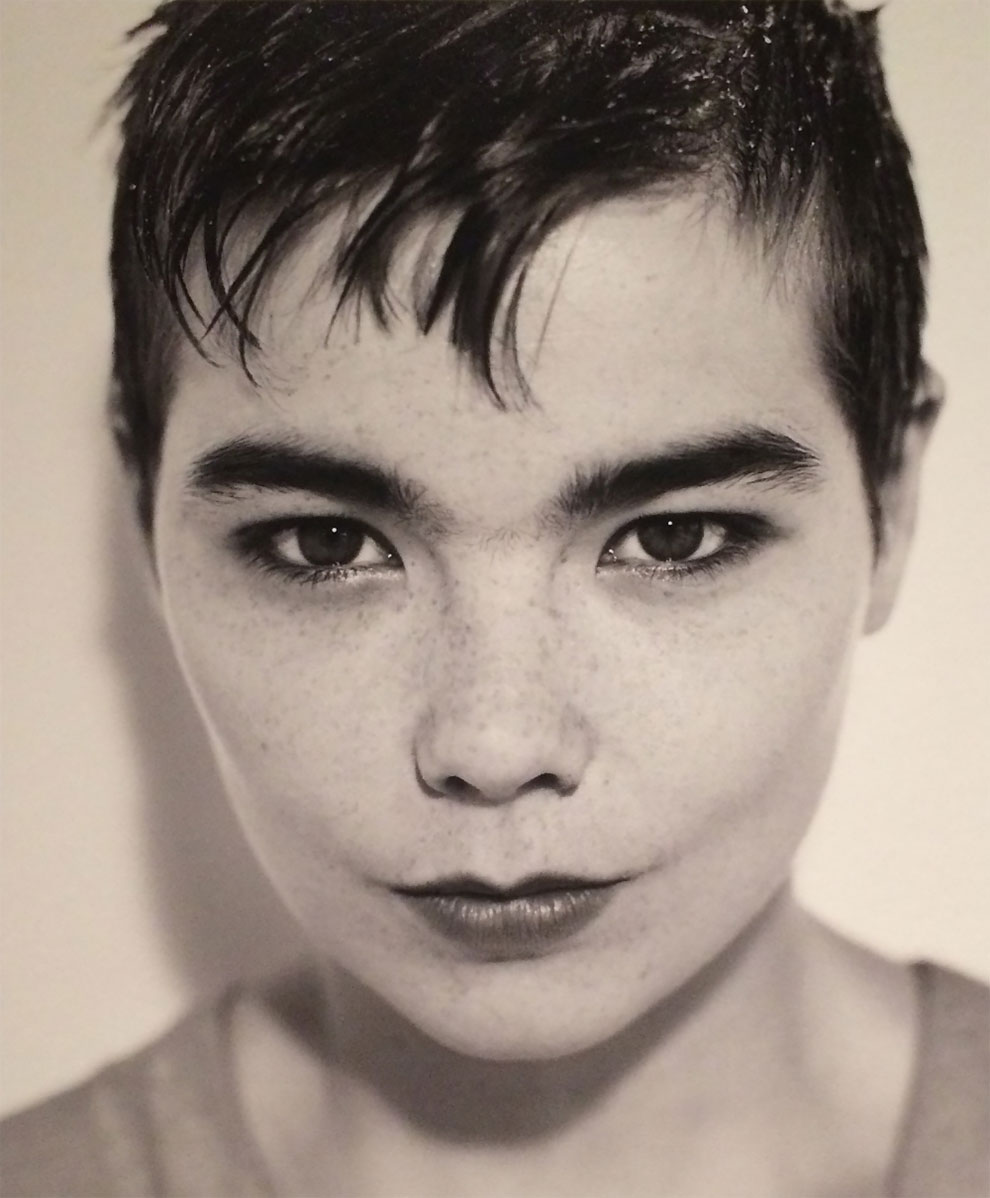 In the mid-1980s, the Sugarcubes went from being independent Icelandic oddballs to, some said, the best band since the Smiths. And with their debut single, “Ein Mol Á Mann”, Björk suddenly came of age: That Voice had arrived. 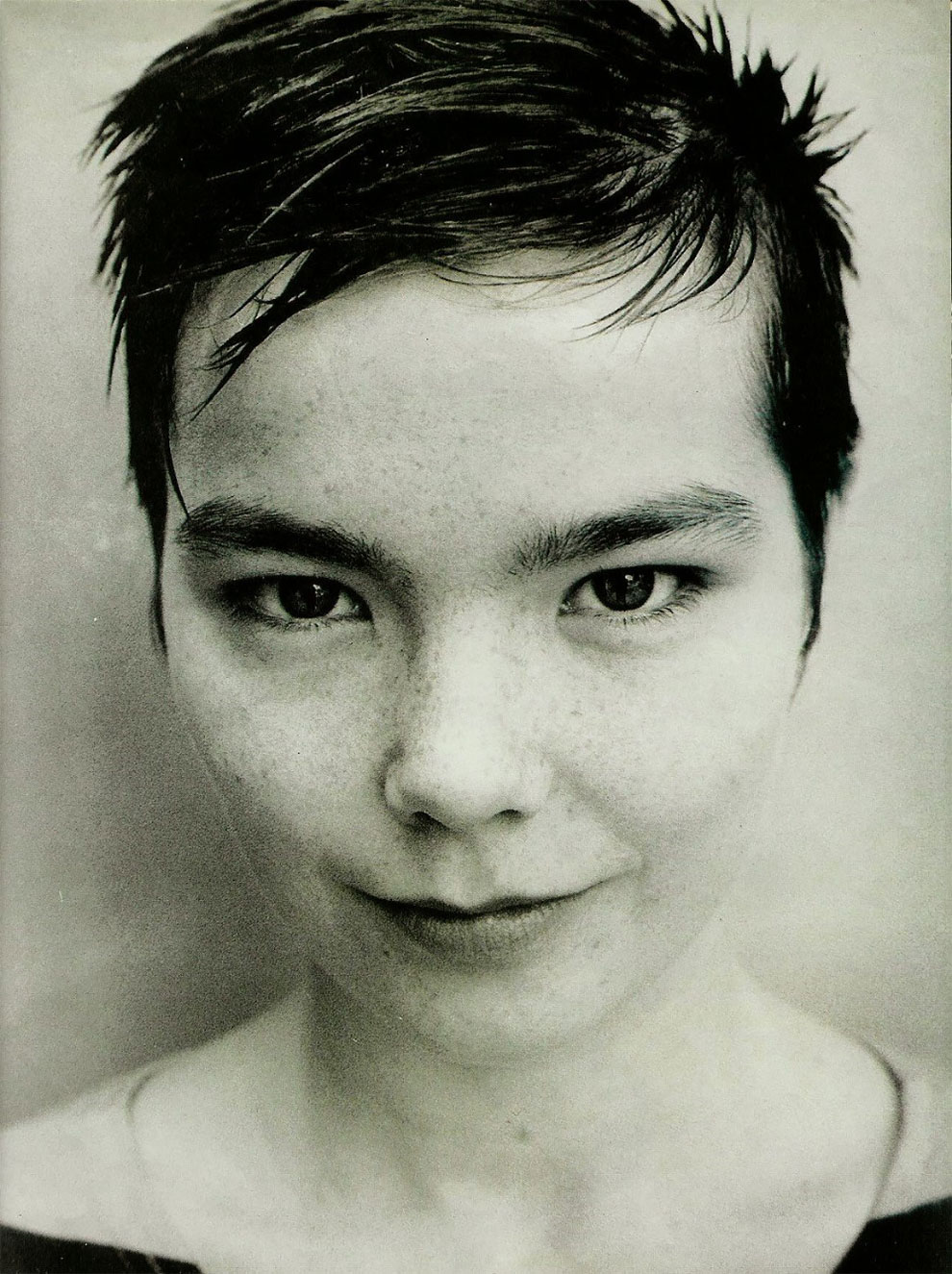 With precocious little shrieks, and knowing, earthy growls, her exquisite, other- wordly tones wailed with wild abandon, seemingly fit to burst with impish delight. Underpinned by the menacing, beckoning rumble of Einar, Siggi and the crew, with “Birthday” the Sugarcubes created one of the few genuinely original sounds of the decade. 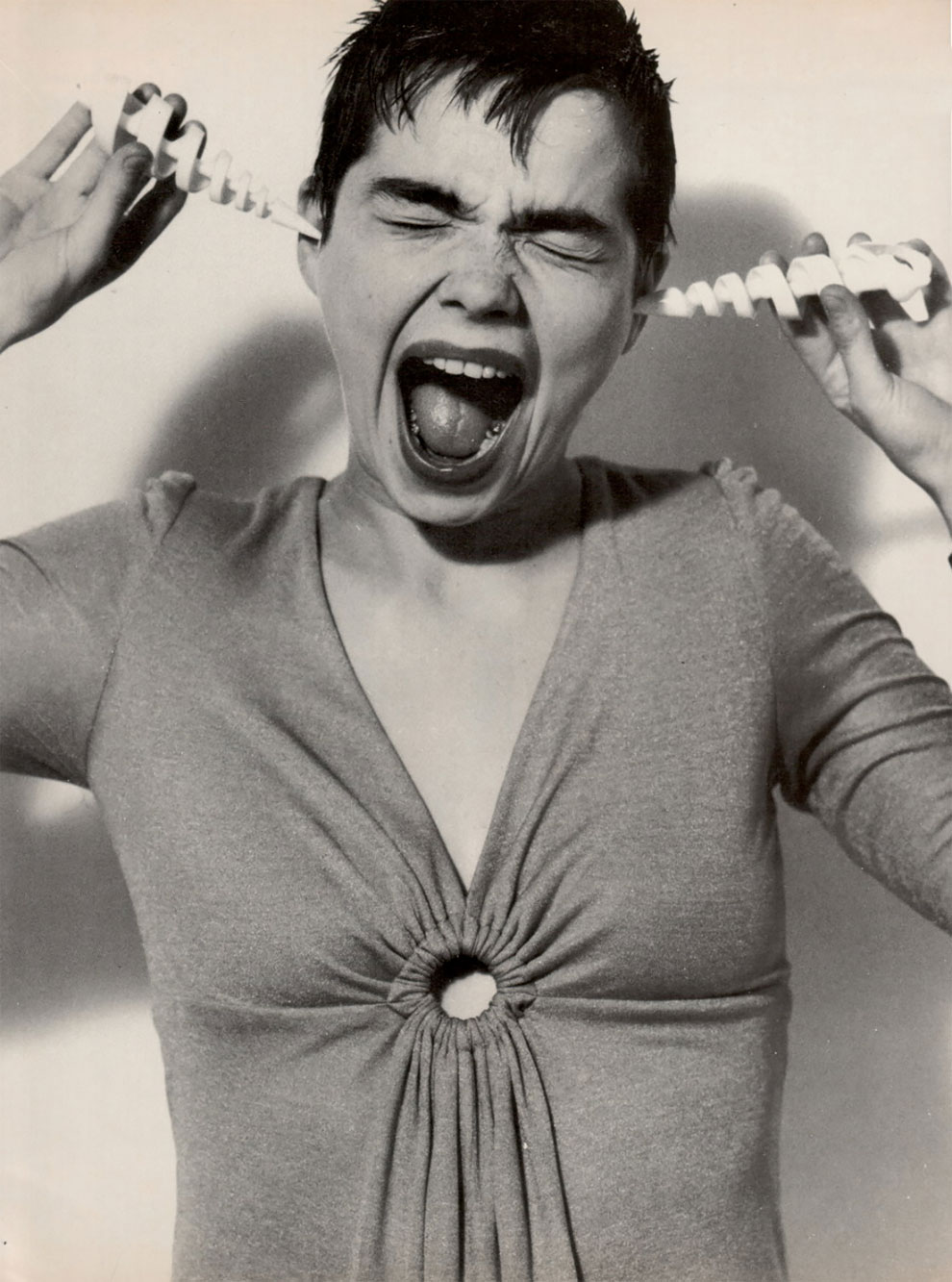 After six years of varying fortunes, the band which had been founded as a joke, had become very much a serious concern. “I realized that it was now or never,” said Björk. “Either I record all those songs which had been floating in my head for years, otherwise I’d never do it.” In 1992 she left the Sugarcubes to go solo. 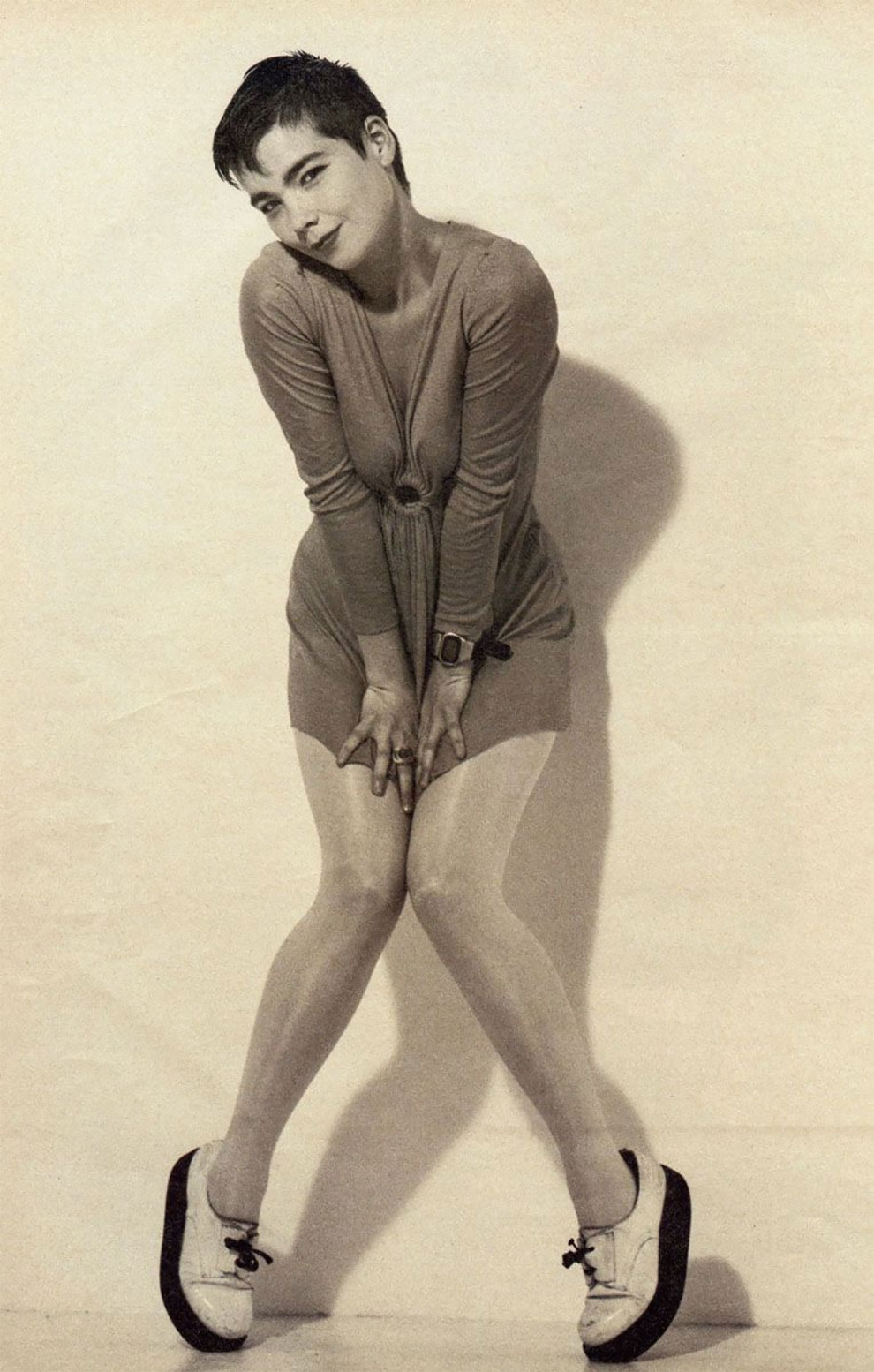 Amazing Black And White Photographs Of All About Photo Magazine Awards 2022
Poetic, Emotional and Minimalist Photographs by Kersti K
Intimate Vintage Photos Capture Romantic Couples In The 1950s
Gloomy Pripyat Shown By Romanian Photographer Cristian Lipovan
Beautiful Photos Of The 1971 DeTomaso Pantera
Mammal Photographer Of The Year 2020 Contest Gives Top Prize To Urban Fox Photo
Revolve Camera Dolly
Photographer Captured The Beauty Of Colorful Waterfalls In Plitvice Lakes, Croatia
American Eagle Underwear Had An Increase In Sales. These Unretouched Pics Are Maybe A Clue Why
Born In The USSR: 50 Amazing Photos Of Russian Girls From The 1990s
How Beautiful Our World Would Look From Above If You Were A Bird
Photographer Took Photos Of Strangers In The 1970s, And When 20 Years Passed, He Set Out To Find Them Again
Fake Family Portraits From the Art World
Stunning Photos From The Seventies London Motor Shows
Photographer Creates Surreal & Minimalist Self-Portraits Surrounded By Flowers And Fruits
Breathtaking Color Photographs Of The American South Taken By William Eggleston In The Late 1960s And Early 1970s
This Spectacular Image Of The Moon's Surface Is The Combination of 100,000 Photos
Beautiful Photos of Julie Newmar as Catwoman in Batman TV Series, 1966–1968
Photographer Thomas Strogalski Captured Wonderful Images Of Abandoned Cars Swallowed By Hawaii’s Jungles
Photographer Spends A Whole Day In Flooded Venice, Captures Just How Different The City Looks
Beautiful Portraits Of Women During The Later 19th And Early 20th Centuries
Stunning Vintage Black-and-White Photos of Edwin Smith
Photo of the Day: Lucky Catch
Stunning Colorized Photos Show Child Laborers In Early 20th Century America
1980s, bjork, Herb Ritts, music, retro, vintage