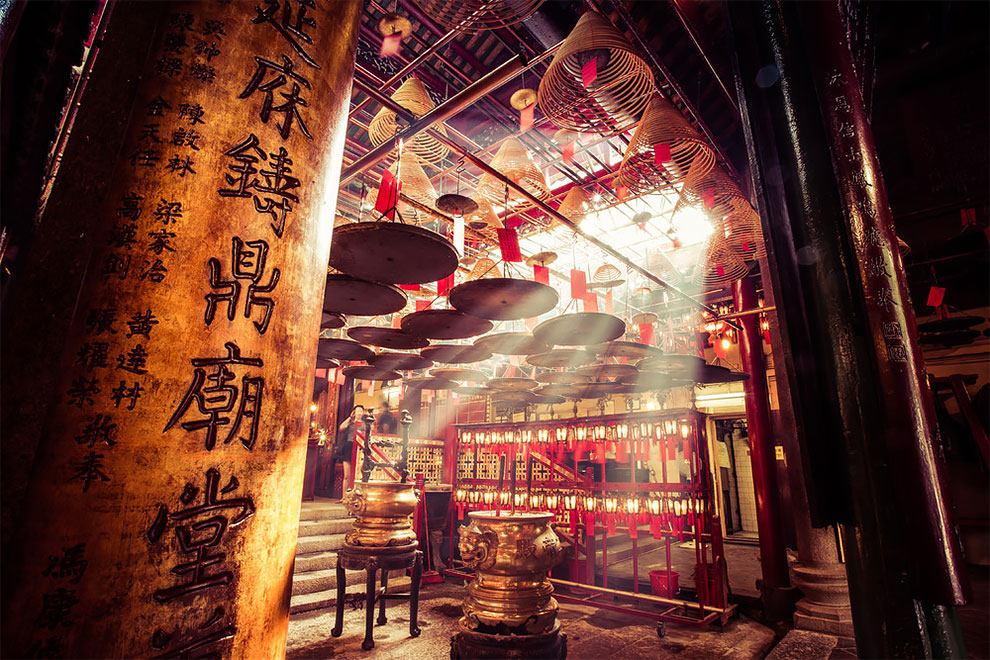 “Man Mo temple, Hong Kong, is small and unassuming, but this little pocket of quiet, five minutes from my apartment, is where I spent each morning of my trip, and has stuck with me since. Beautiful spot, I miss it”. (Photo by Nathaniel Jones/The Guardian) 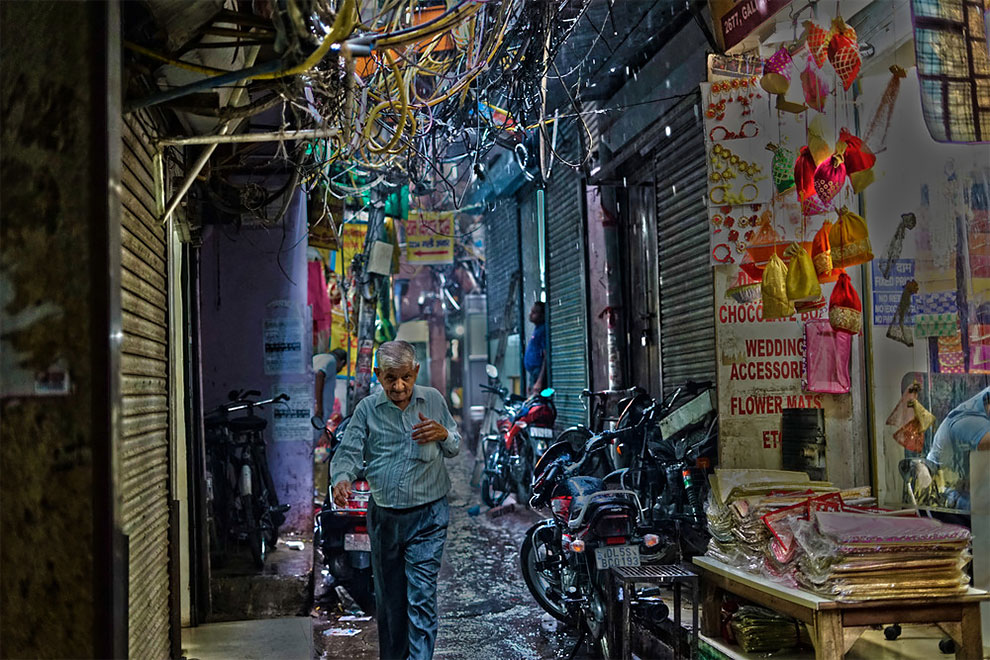 “This was taken in Old Delhi, India, just as rain hit for the first time in a few weeks”. (Photo by Jake Davies/The Guardian) 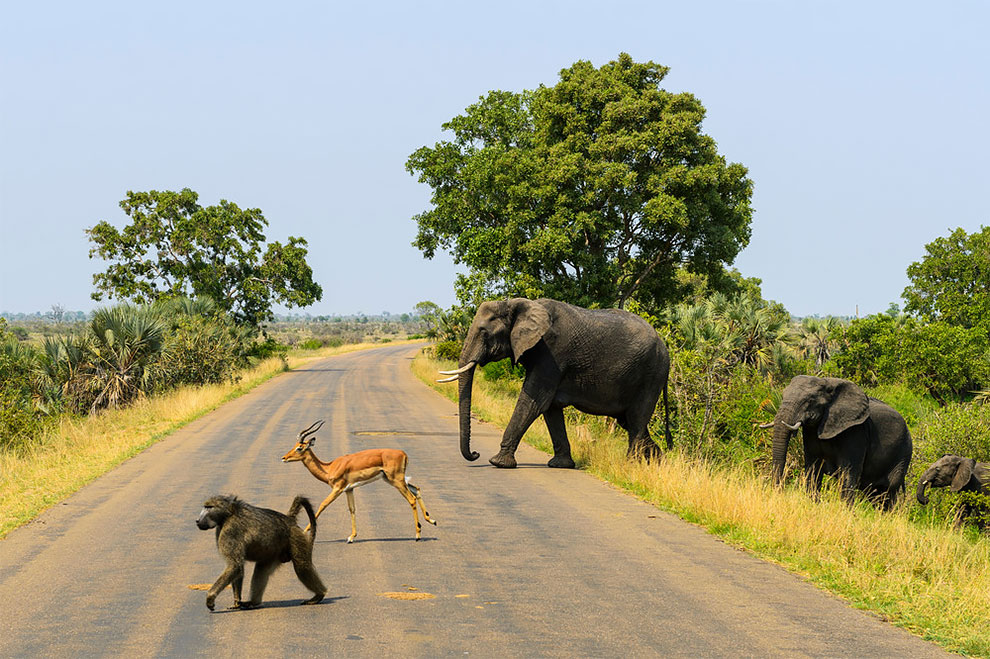 “This was taken on a safari in Kruger national park, South Africa. The scene was like something straight out of a storybook: a wild baboon, impala and elephant crossing the road together, all lined up neatly in a row”. (Photo by Will Clarke/The Guardian) 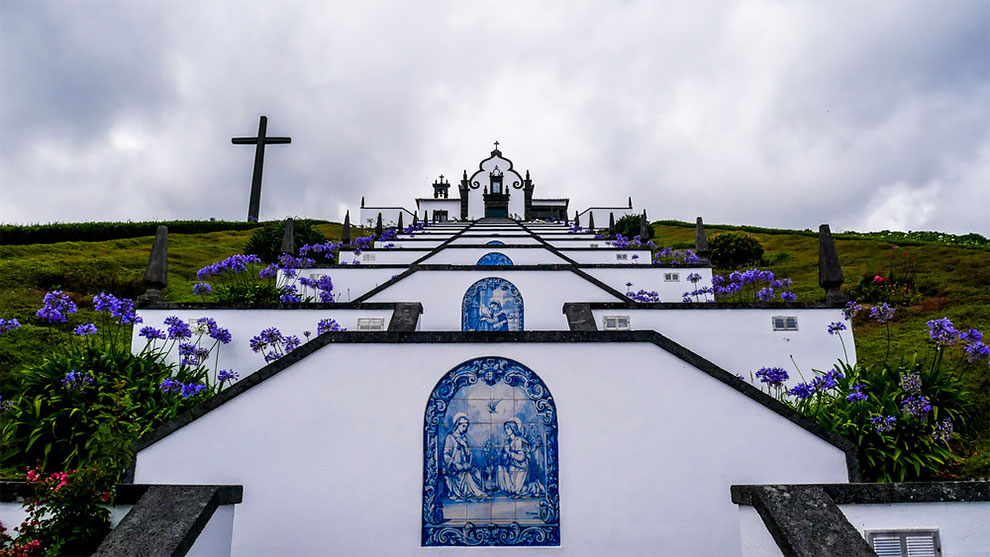 “The Our Lady of Peace chapel on the island of São Miguel, Azores. There are many amazing buildings and churches on the island but this has to be one of the most impressive”. (Photo by Alex Forbes/The Guardian) 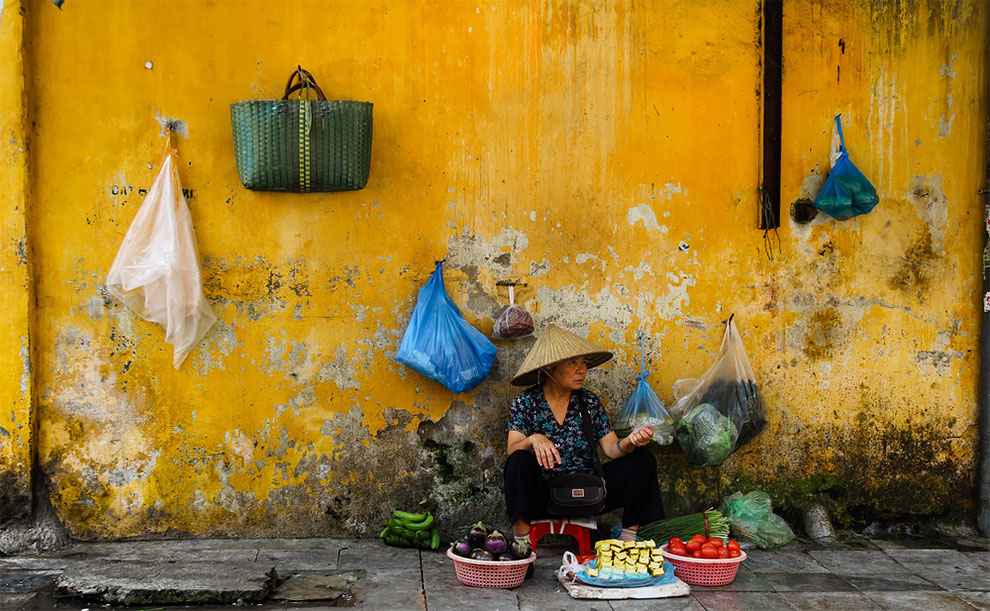 “Taken in Hanoi, Vietnam, on a street where people were selling fruit and vegetables. I was particularly drawn to this lady as she was on her own and the vibrant yellow wall made for a striking background”. (Photo by Ian Webb/The Guardian) 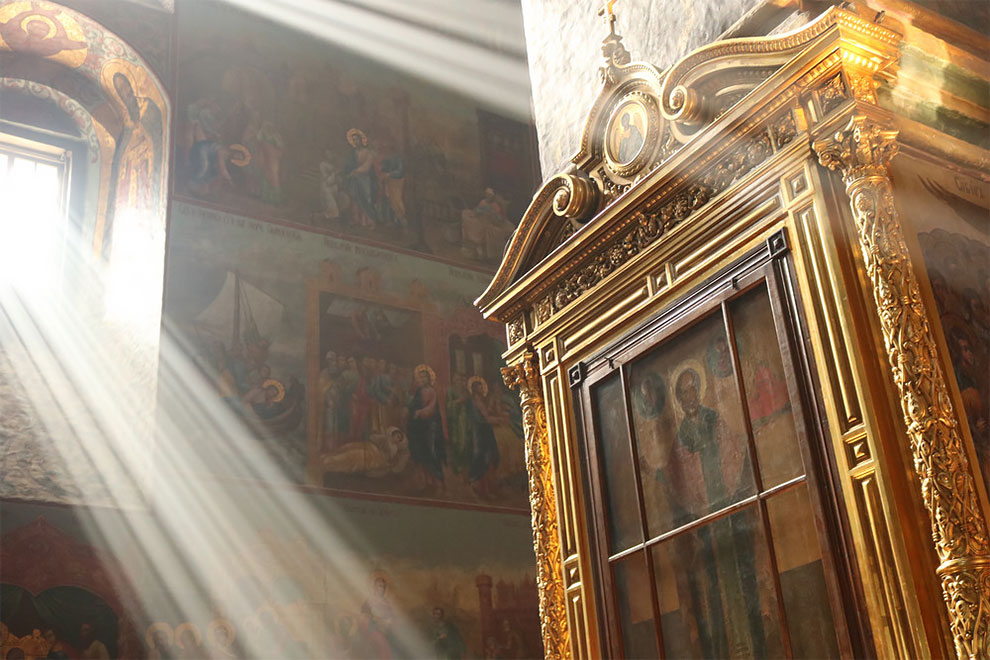 “Novospassky Monastery in Moscow, with rays of sunlight falling into a hushed and worshipful space. As far as I know, this monastery is not frequently visited by non-Russians. I found it had a very special atmosphere”. (Photo by Barbara Forbes/The Guardian) 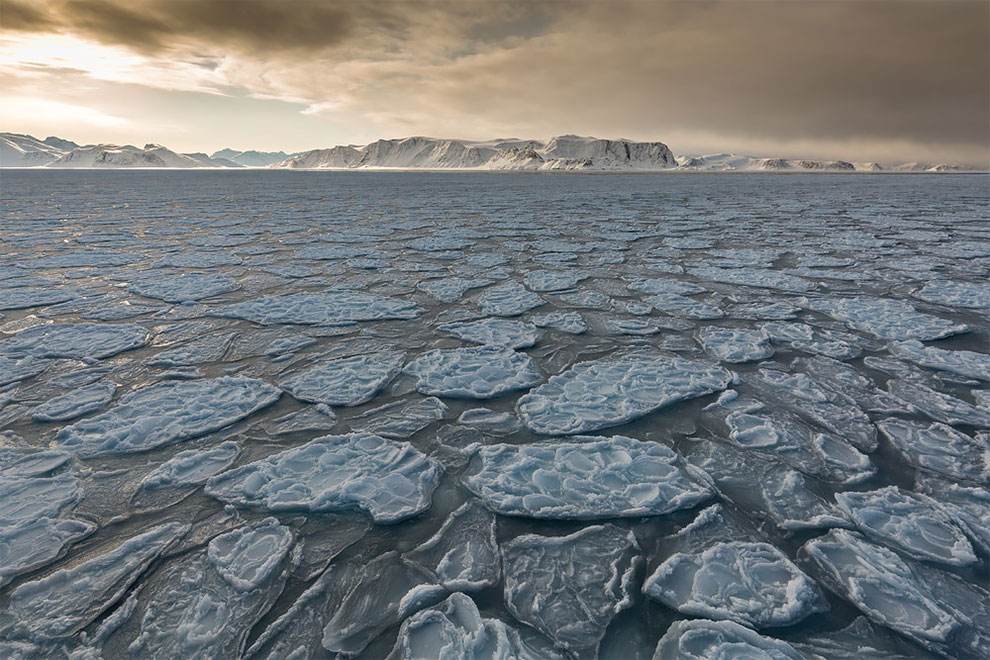 “March is a great time to visit the Norwegian archipelago of Svalbard. The sun has returned but, having not yet reached its polar summer heights, provides soft light for most of the day. This was taken as we sailed through the early formation of sea ice, known as “pancake ice”. (Photo by Kellie Netherwood/The Guardian) 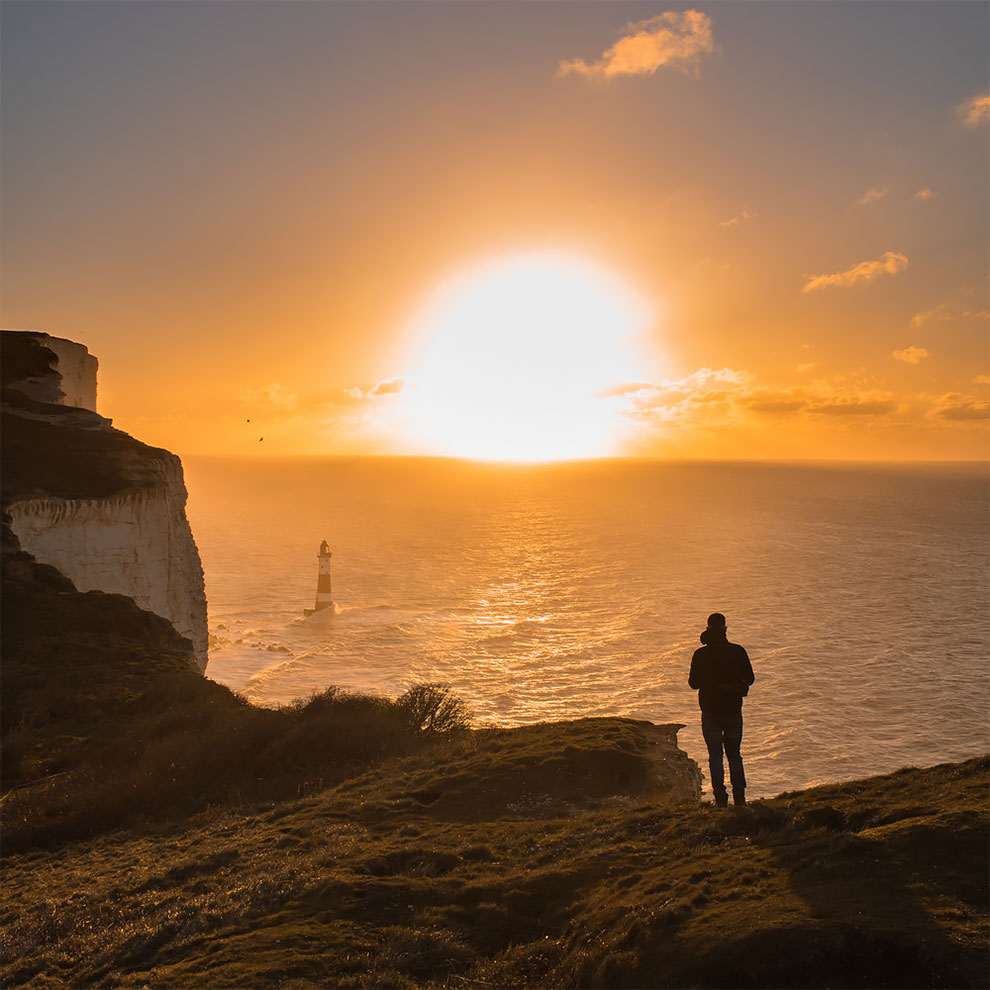 “Beachy Head, Eastbourne. Packing up at the end of a sunrise shoot, I decided to keep my camera in hand for the walk back. I’m glad I did: I saw my friend looking out to sea, deep in contemplation”. (Photo by Lewis Hanson/The Guardian) 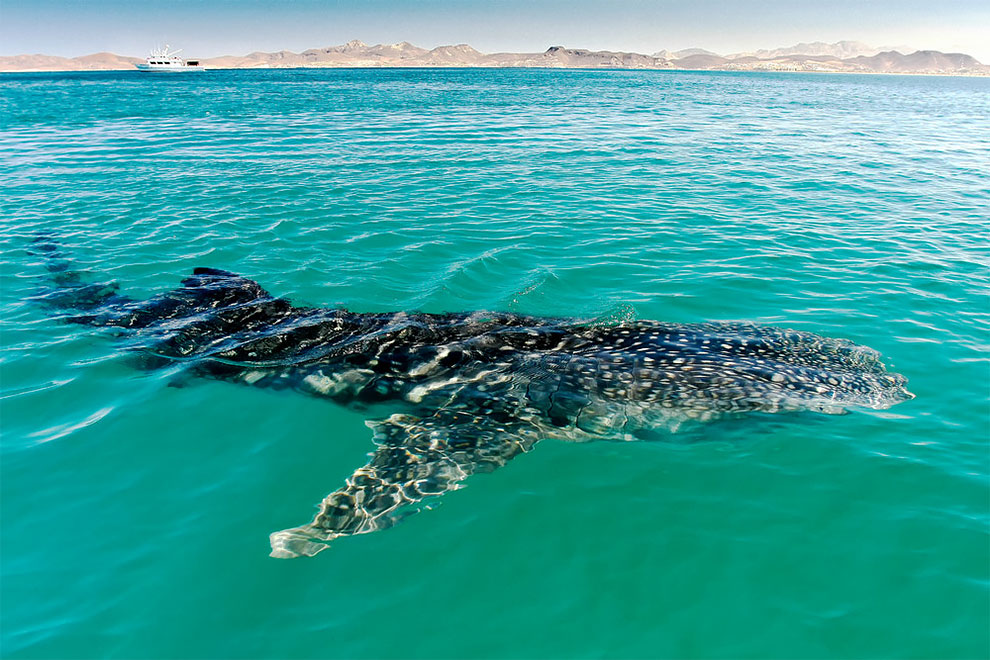 “Spotted whale sharks are visible through the water in the Sea of Cortez, Mexico. Some of our group swam alongside them but I watched from the panga (boat), and seeing them from above showed just how large and powerful these creatures are”. (Photo by Claire Waring/The Guardian) 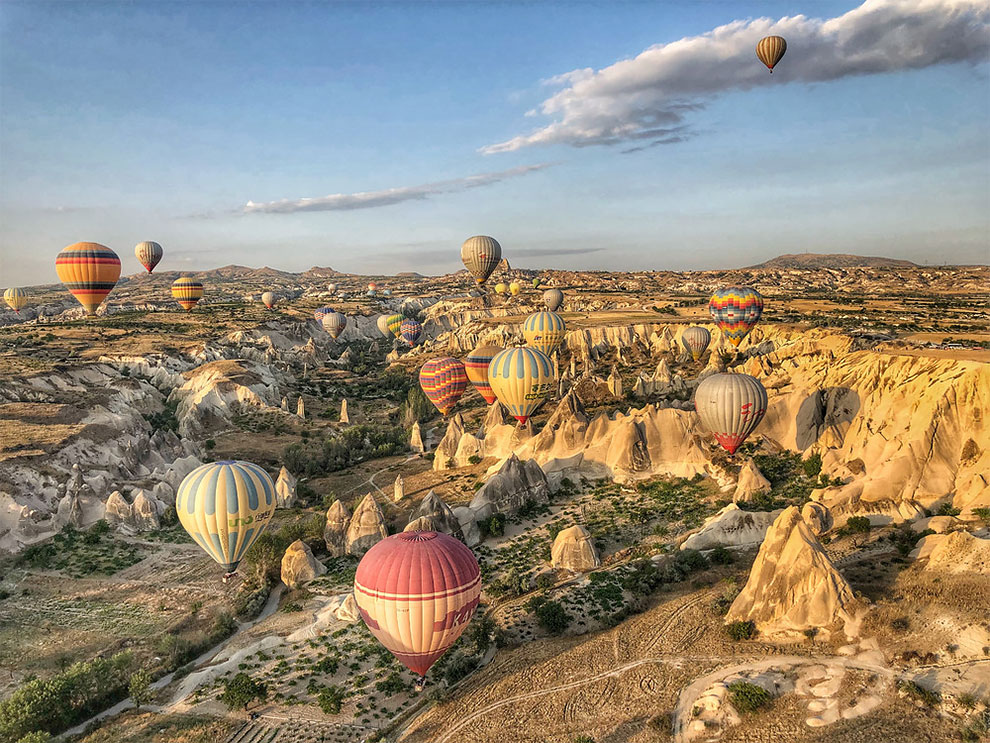 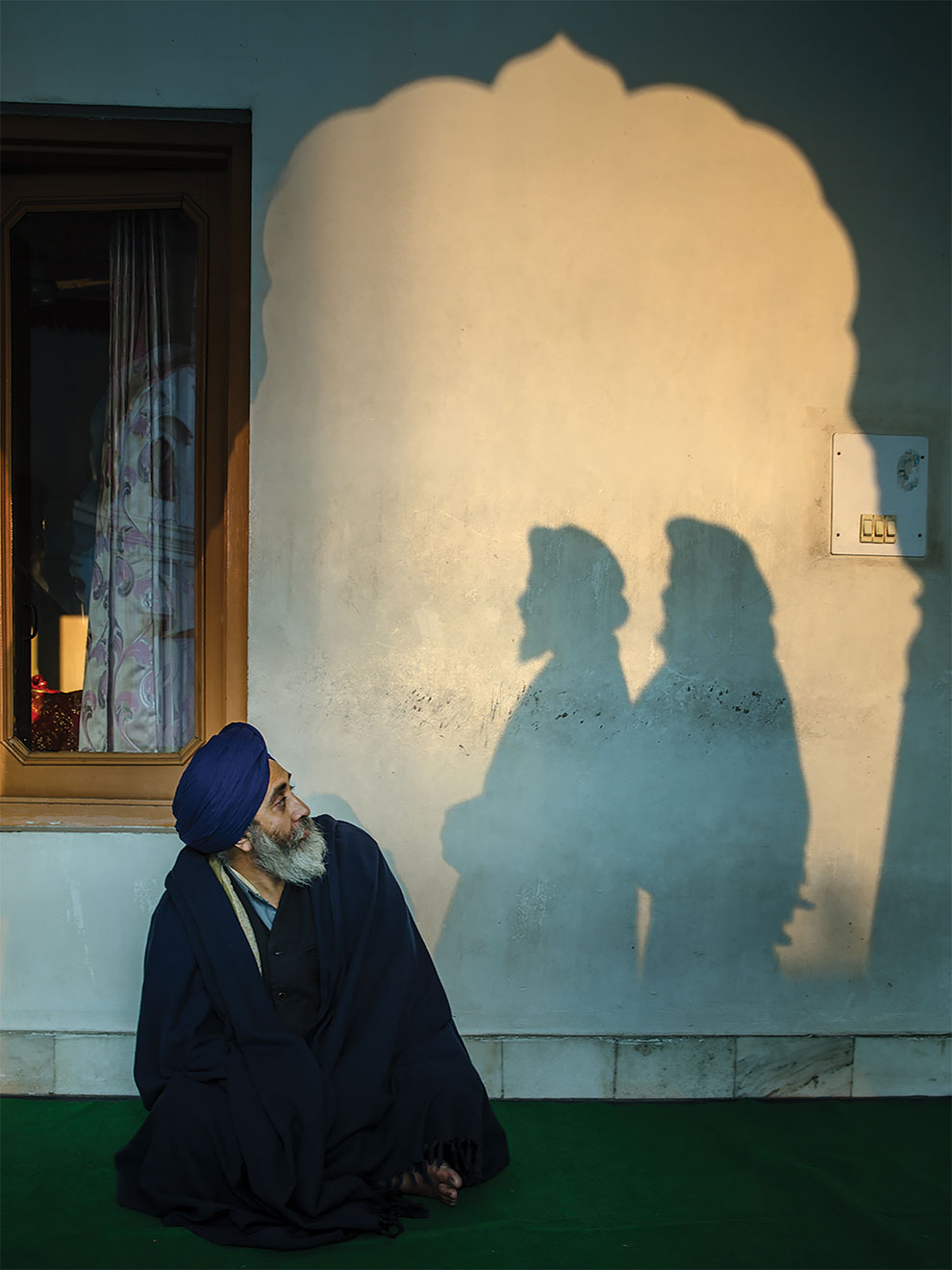 “Amritsar, Punjab. I was photographing this man when two shadows appeared. This shot can be interpreted as a reflection on Sikhism, the nature of the Sikhs, the relationship they have with their past, their present and their future”. (Photo by Serge Bouvet/The Guardian) 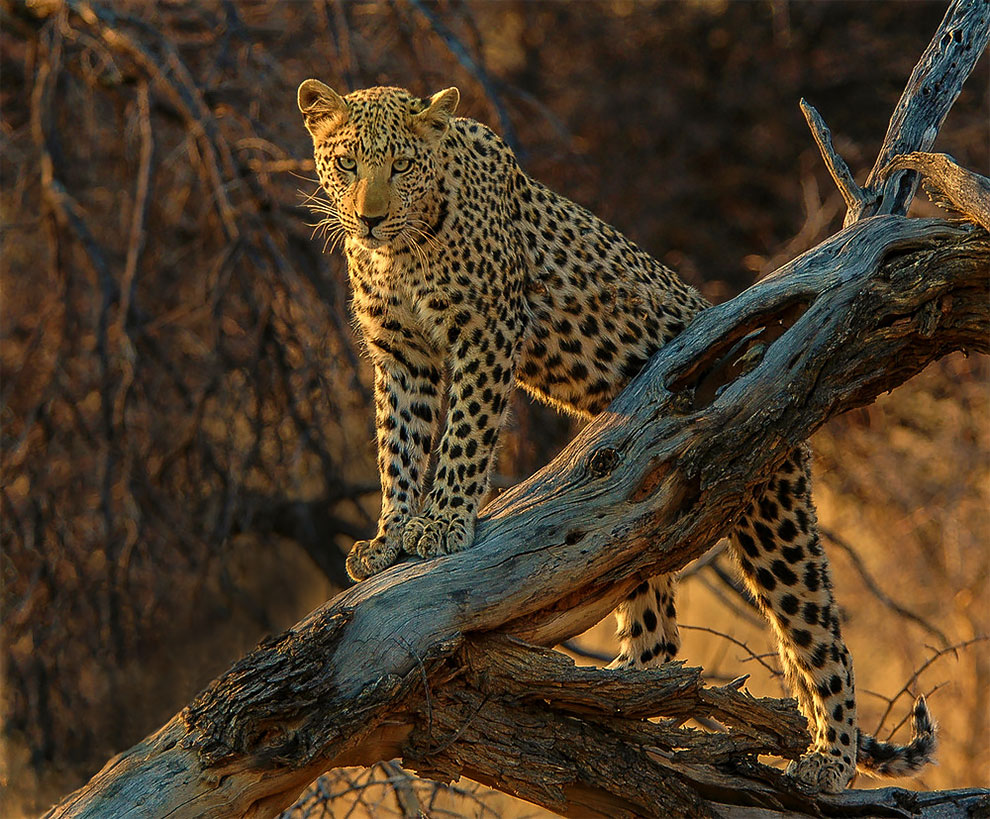 “This leopard image was taken on a safari in Namibia. It was late afternoon with the light failing fast when we spotted it in the bush. We followed it as it slowly walked to a fallen tree were it lay, sat and then stood, looking straight into my lens”. (Photo by Harry Hunt/The Guardian) 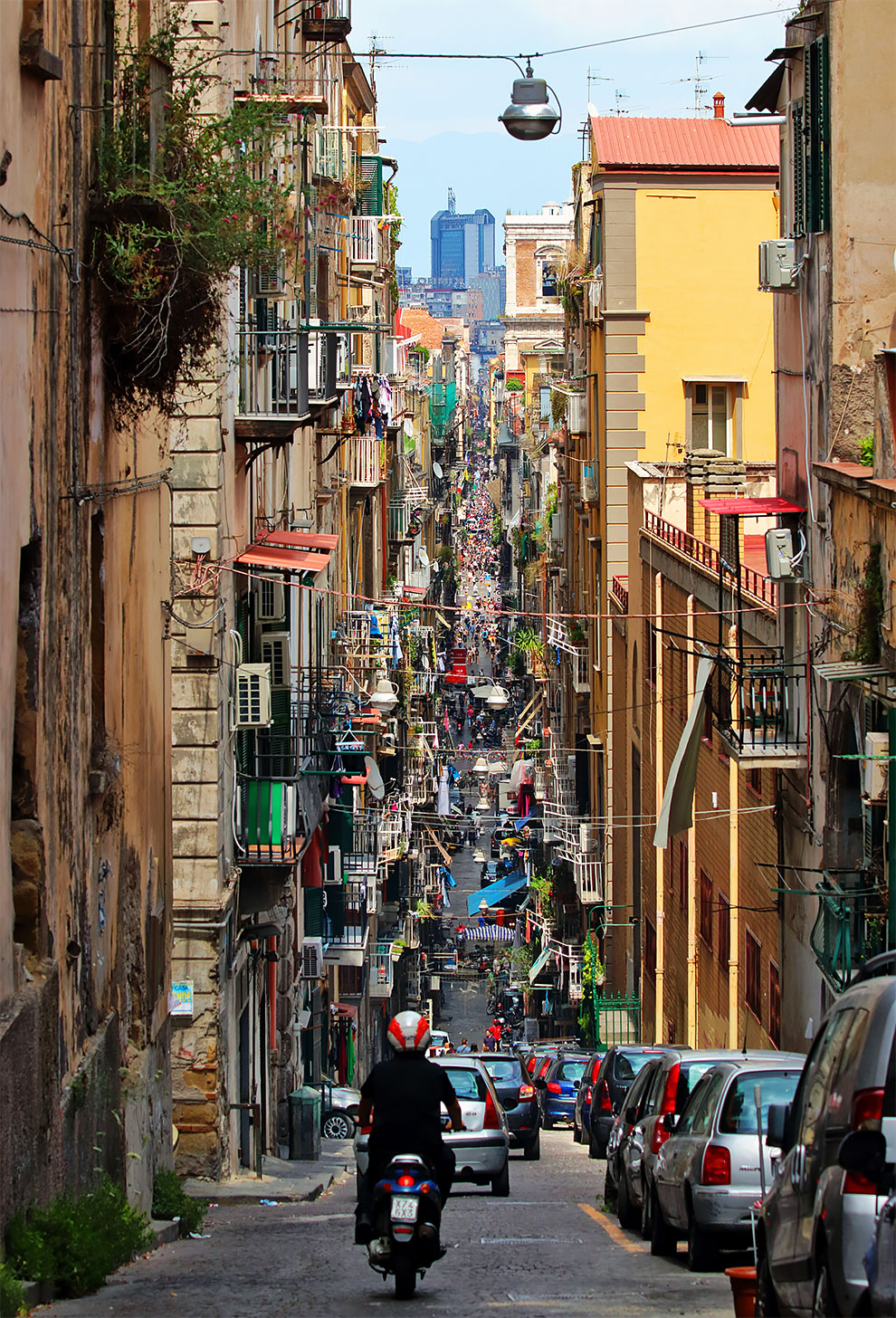 Runner-up. “This photograph was taken looking down the Via Pasquale Scura in Naples, Italy. It’s a chaotic city but with lots of history and some very friendly inhabitants”.

MICK RYAN, JUDGE: “Cities have their landmarks and we all like to go home with photos of the sights as souvenirs. But off the beaten track is where the action happens, where you can witness the mass of humanity that calls the city home and a place of work. This is a great example of that, and the choice of the portrait format allows the eye to follow the road all the way through the frame”. (Photo by Peter Swan/The Guardian) 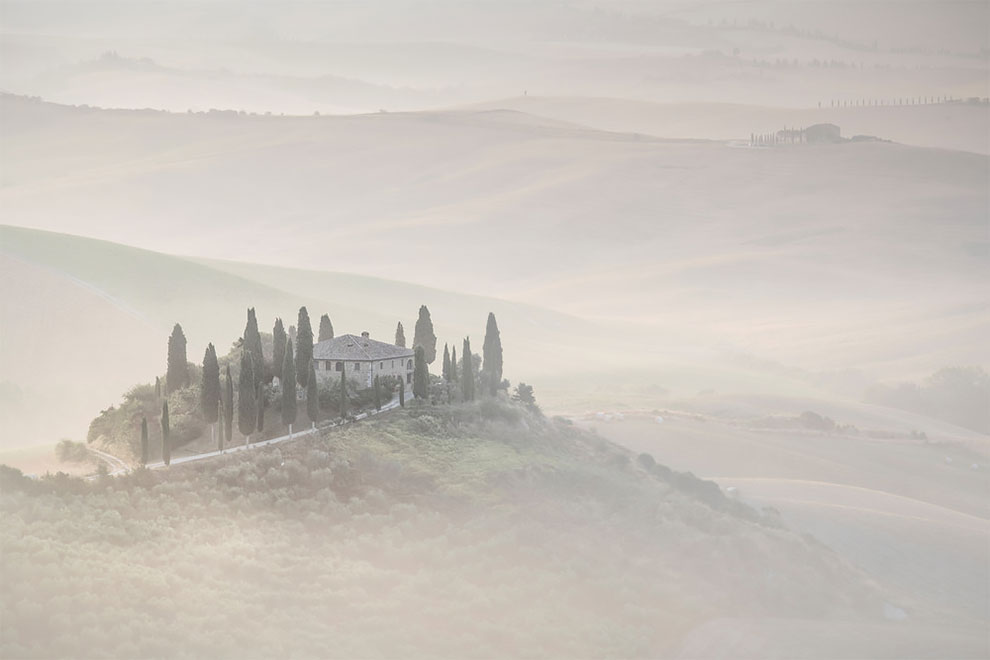 Runner-up. “Sunrise over the beautiful Val d’Orcia, Tuscany. I loved the way this house really stood out against the early-morning mist”.

MICK RYAN, JUDGE: “There’s nothing more romantic than mist and layered hills receding into the distance. Even better if there is a foreground, small details in the distance and a pastel hue. This photograph ticks all these boxes and is perfectly composed. A classic travel landscape photograph”. (Photo by Paul Miller/The Guardian) 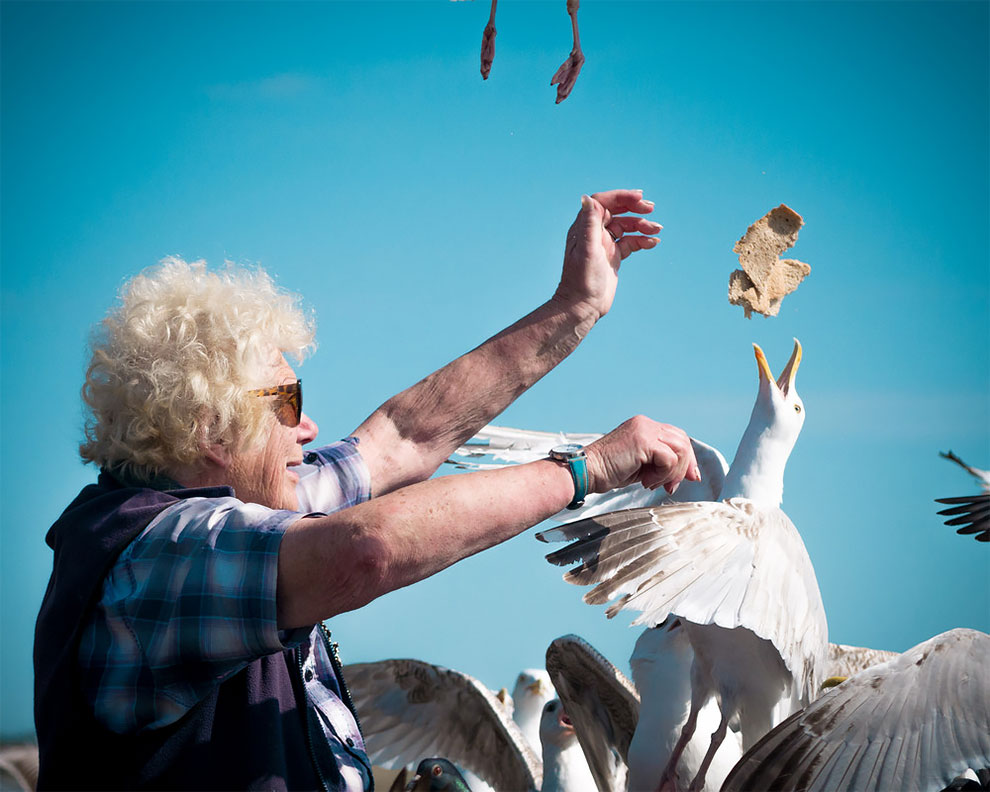 Winner. “The Bird Lady in Pembrokeshire, Wales, feeds the local birds every day in the same spot. I love birds, and to observe the relationship she has built with these feathery friends is a fantastic experience”.

MICK RYAN, JUDGE: “This month’s clear winner: a lovely holiday snapshot that could be taken at any seaside resort by anyone. It is funny, action-packed and captures the moment. Photographing scavenging gulls is harder than you think, though, and it doesn’t matter if you get the odd leg or wing at the edge of your shot”. (Photo by Katy Bridgestock/The Guardian)