Hailed as one of the finest travel photographers and portraitists in the world, David Lazar has only recently begun to explore the great diversity and cultural richness of the Indonesian Archipelago. From Borneo to East Java, Bali, Lembongan and Flores, the results are nothing less than extraordinary.

The National Geographic contributor & 2014 winner of Best in Culture at the Indonesian based Guruda International Photo Competition, David will be returning to the islands soon to lead one of his extraordinary photo tour workshops. 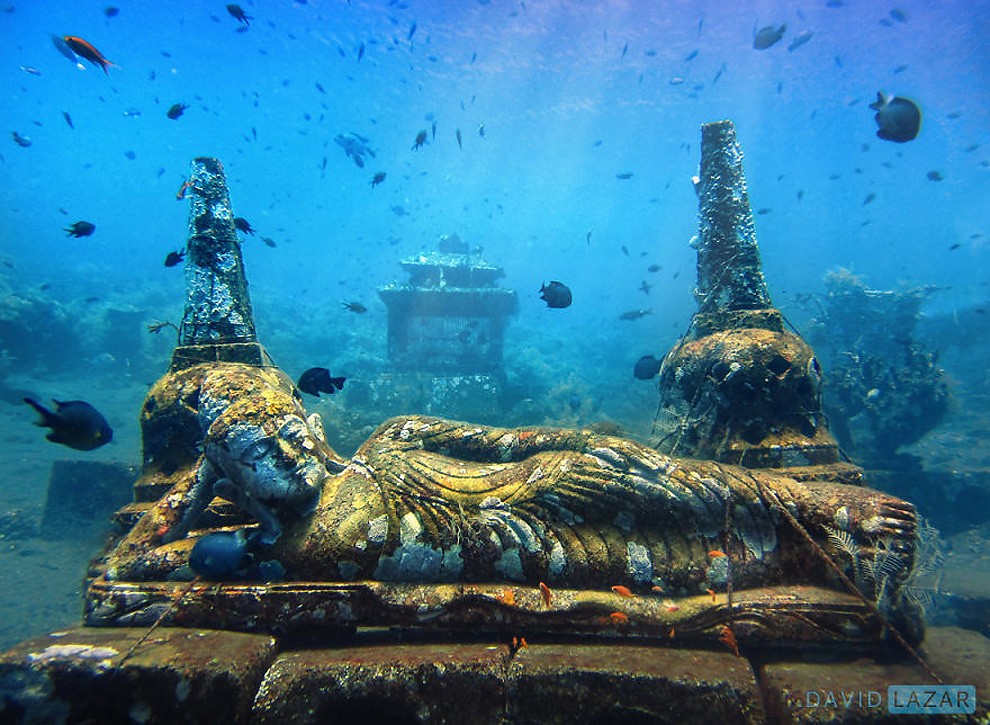 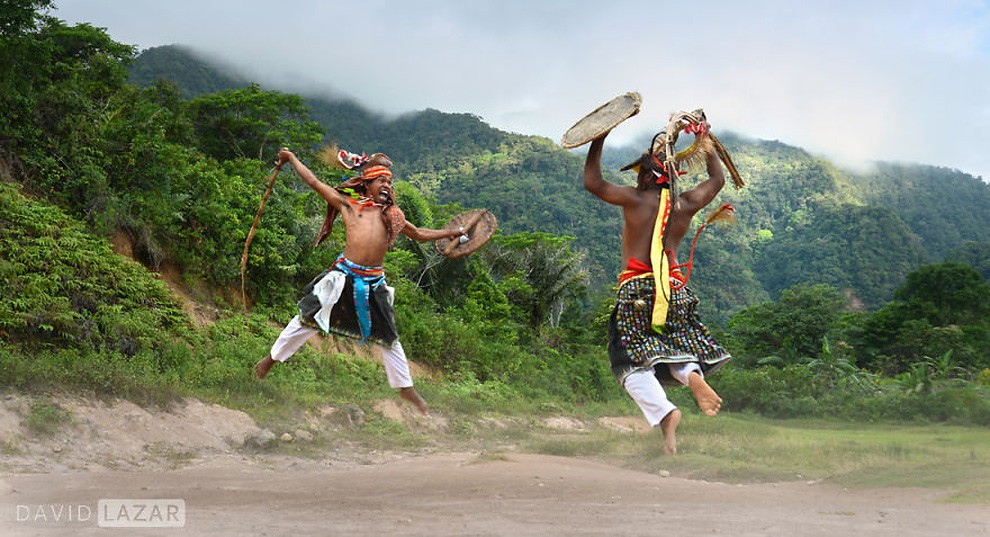 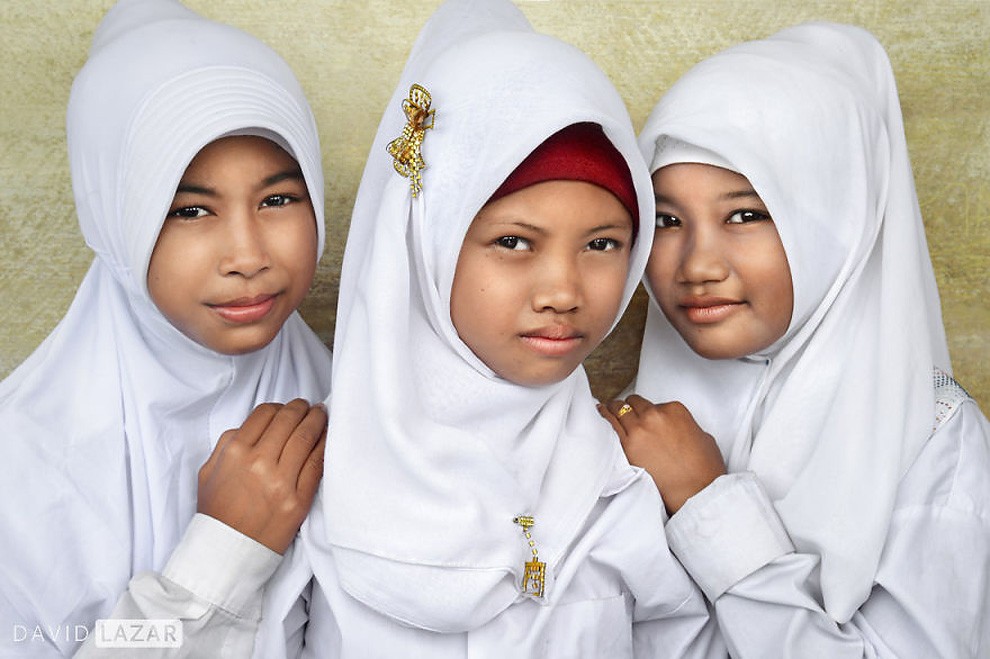 Girls in school uniform outside their classroom, in a rural village along the Mahakam River, Borneo. 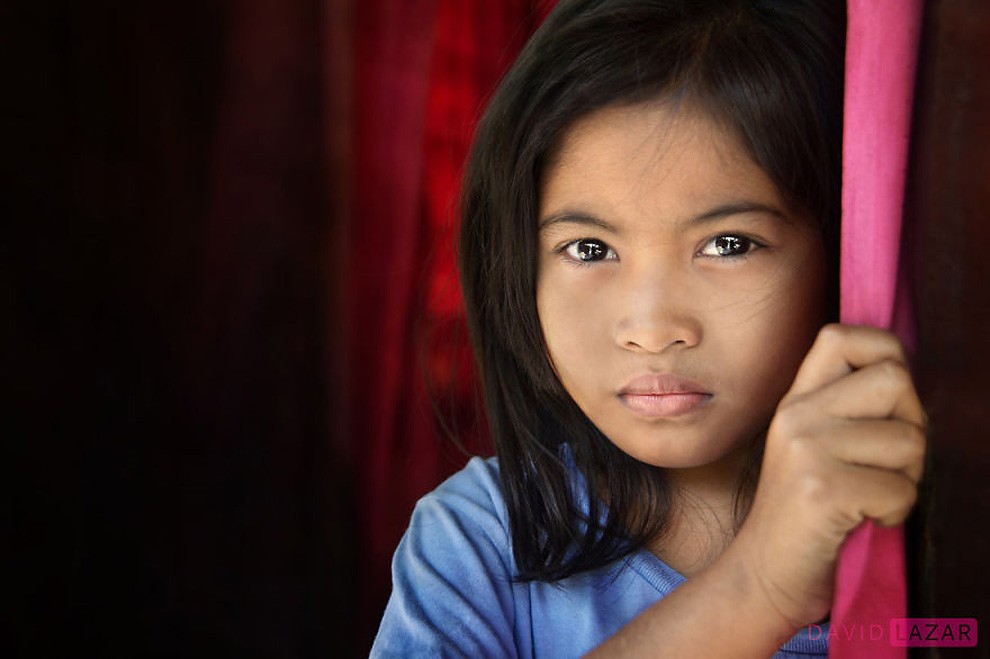 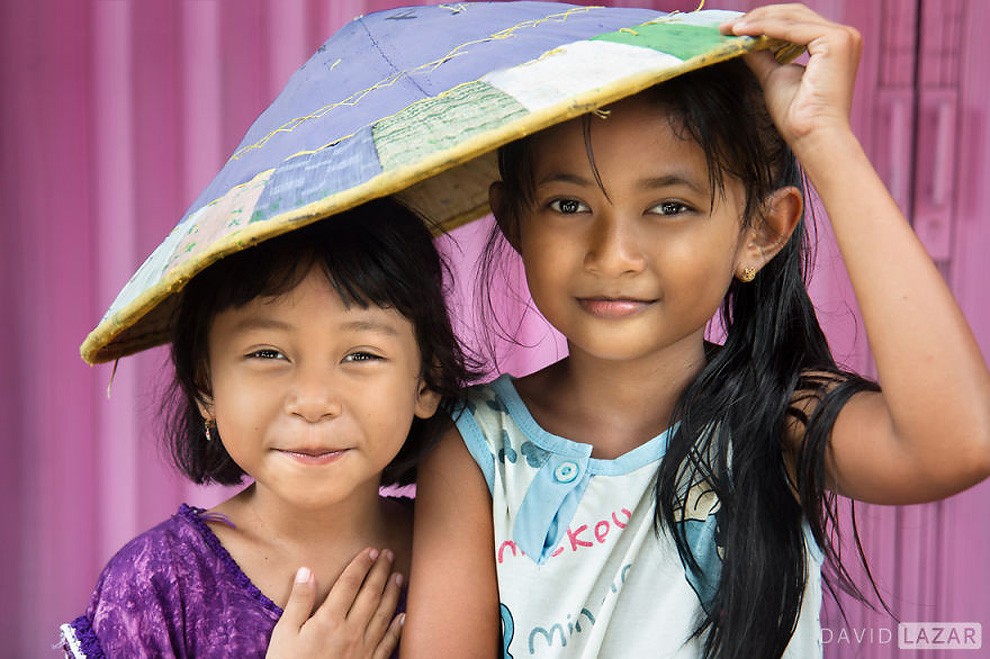 Two Friends Under A Hat, Kalimantan. 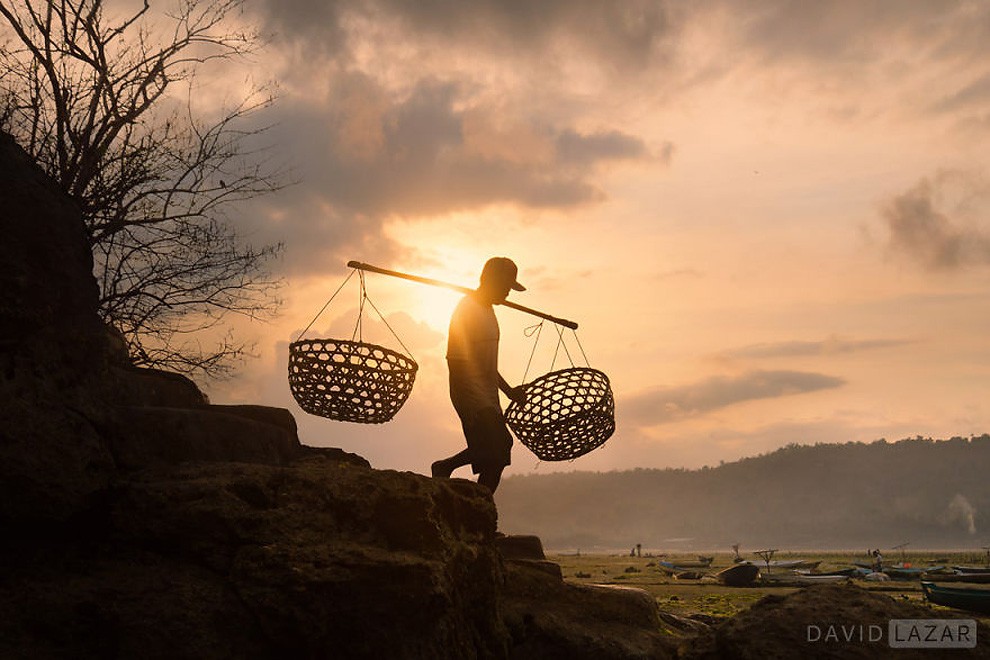 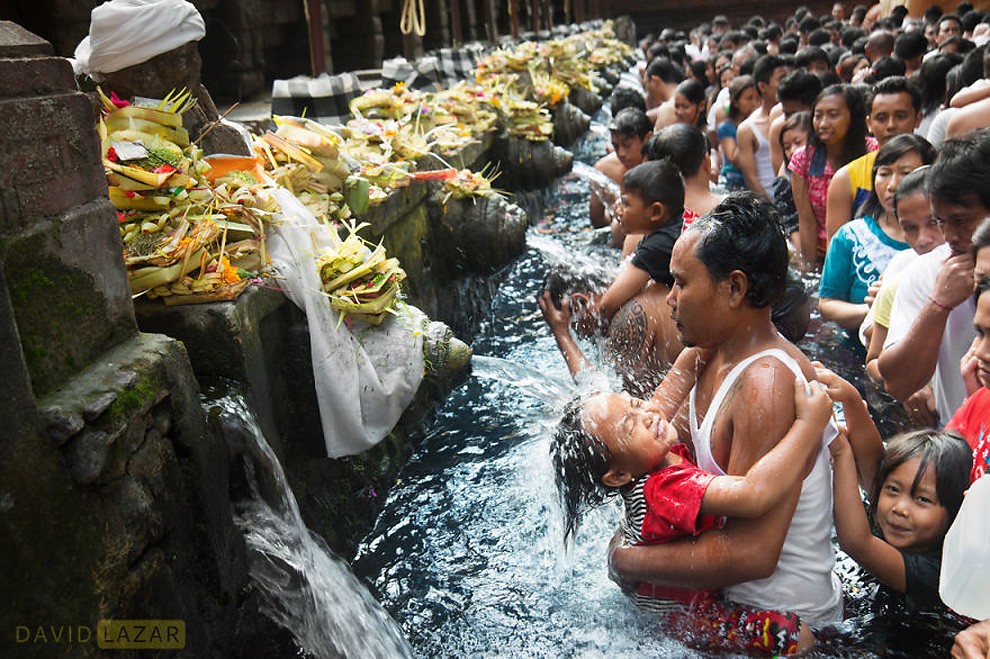 Pilgrims bathing in the holy spring water at Tirta Empul Royal Baths, Bali. This is a Hindu temple and people bathe for purification. 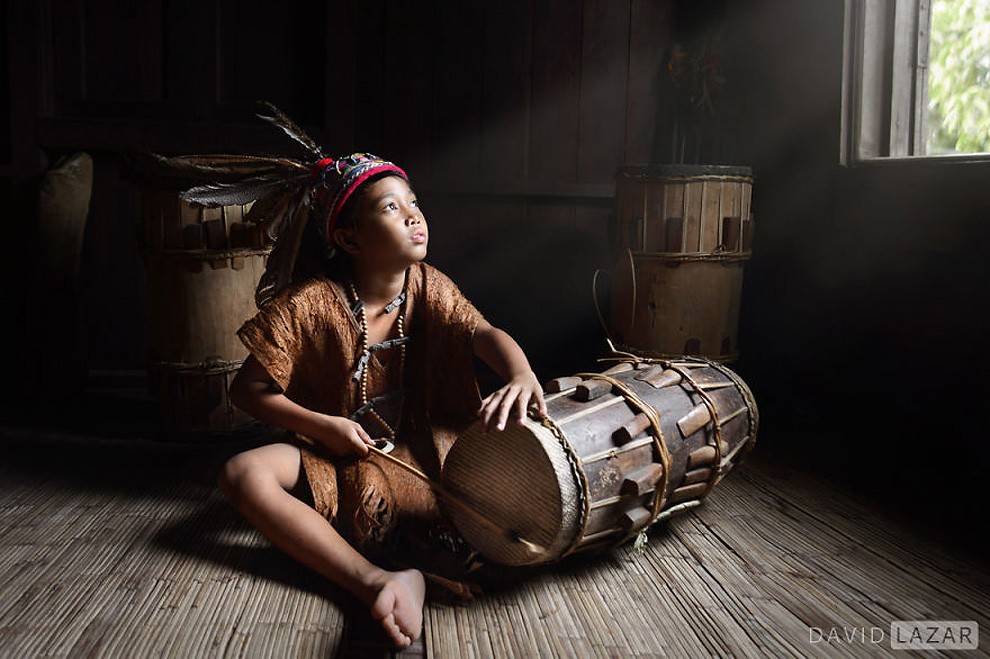 A boy from the Dayak tribe sits in a longhouse in East Kalimantan, Borneo, playing a drum. The traditional music of the Dayak tribes-people is centered around percussion. 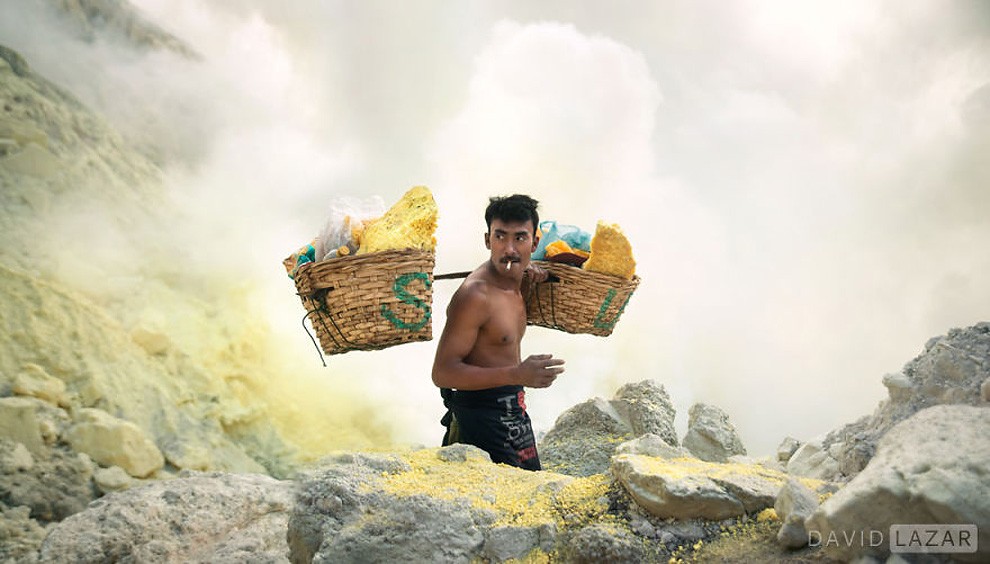 A miner smokes a cigarette while working in the difficult conditions of Mt Ijen volcano. Noxious gasses are blown about unpredictably when the wind swells forcing miners to breathe into a scarf or clothing during these moments. 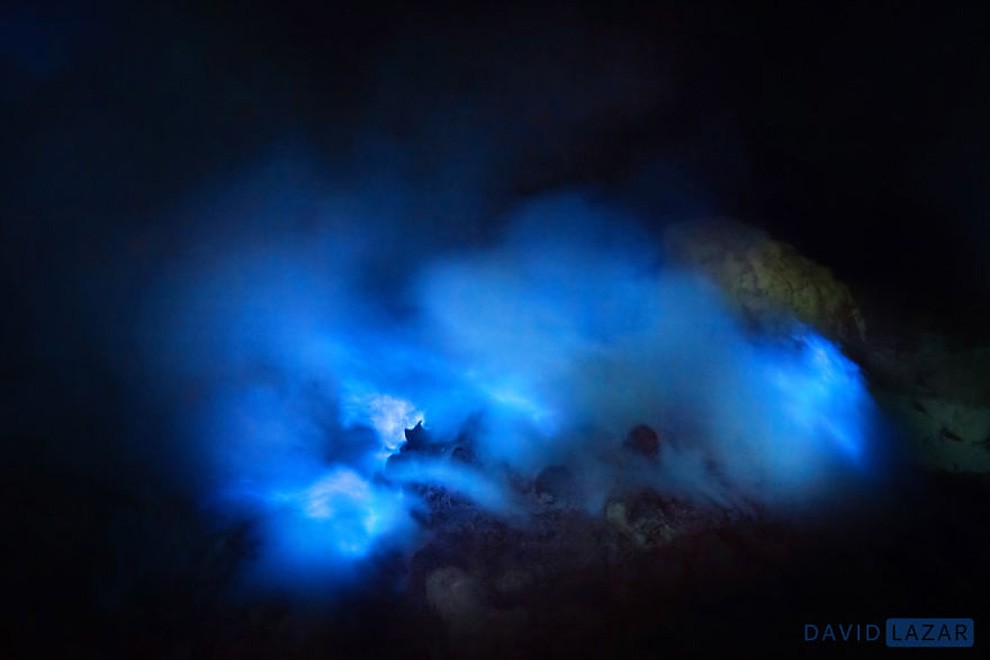 A blue fire can be seen inside Mt. Ijen volcano on the island of Java, and is a result of the combustion of sulfuric gases. Flames can reach 5 meters in height and come from temperatures up to 600 degrees Celsius. This is the workplace for around 200 men who mine sulfur minerals from inside this volcano, starting in the darkness of early morning. 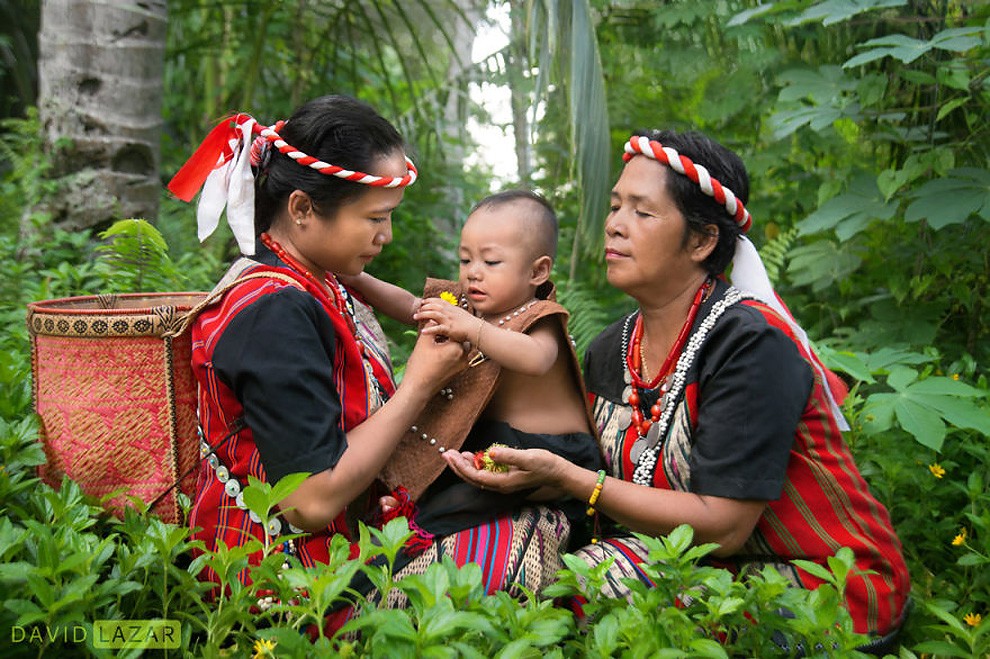 Dayak family members playing with baby in their community along the Mahakan River in Borneo. The Dayak people have a great respect for nature. 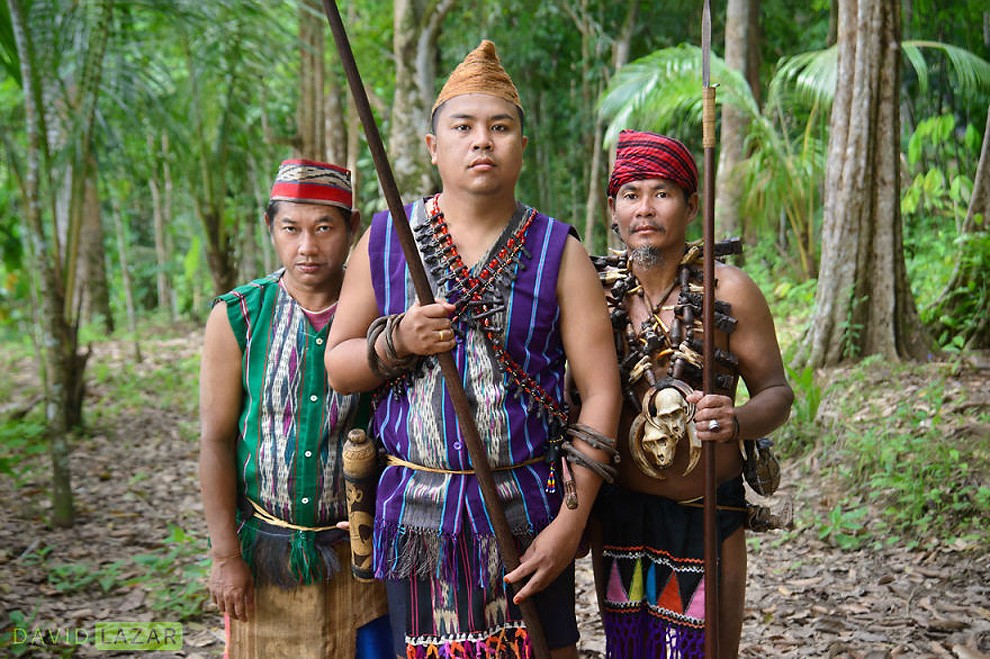 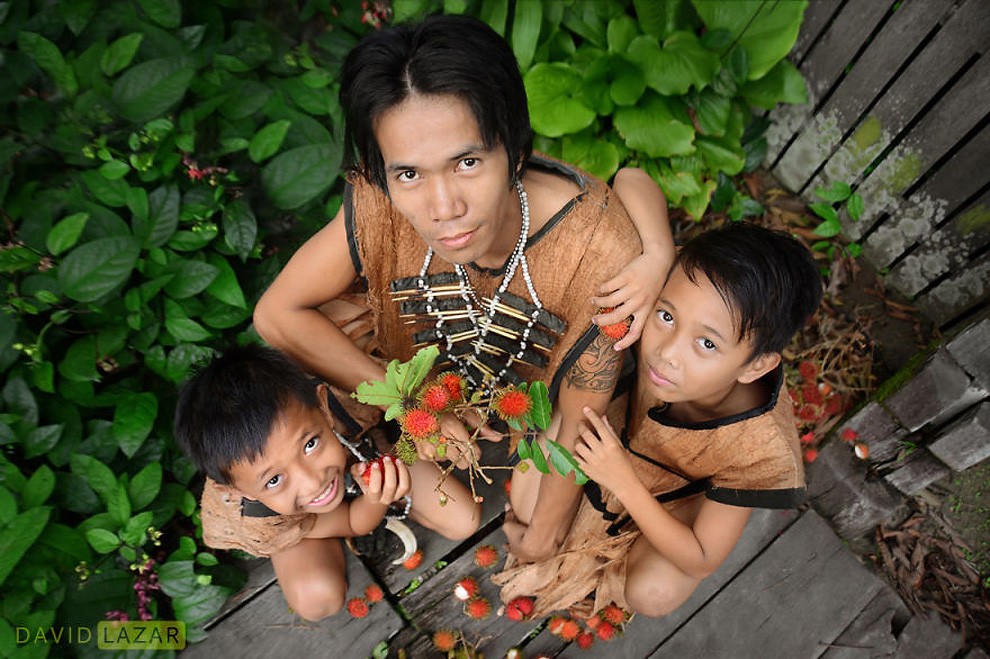 Rambutan in Indonesian language refers to something “hairy”. The fruit is native to tropical South East Asia and is a popular fruit snack, picked straight from the tree. 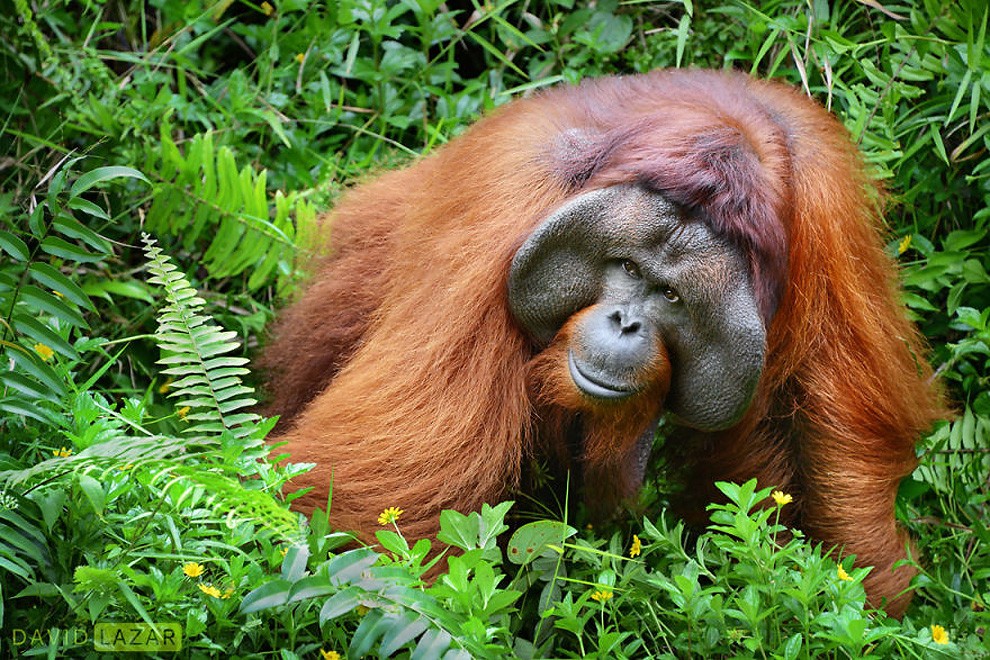 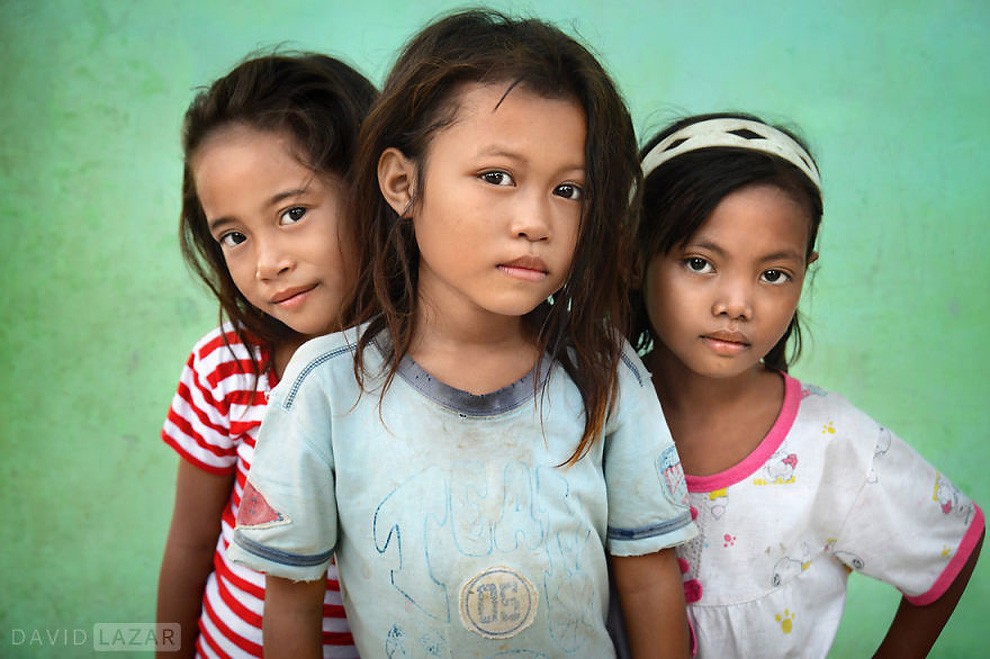 Taken in a fishing village in Labuan Bajo off the island of Flores. 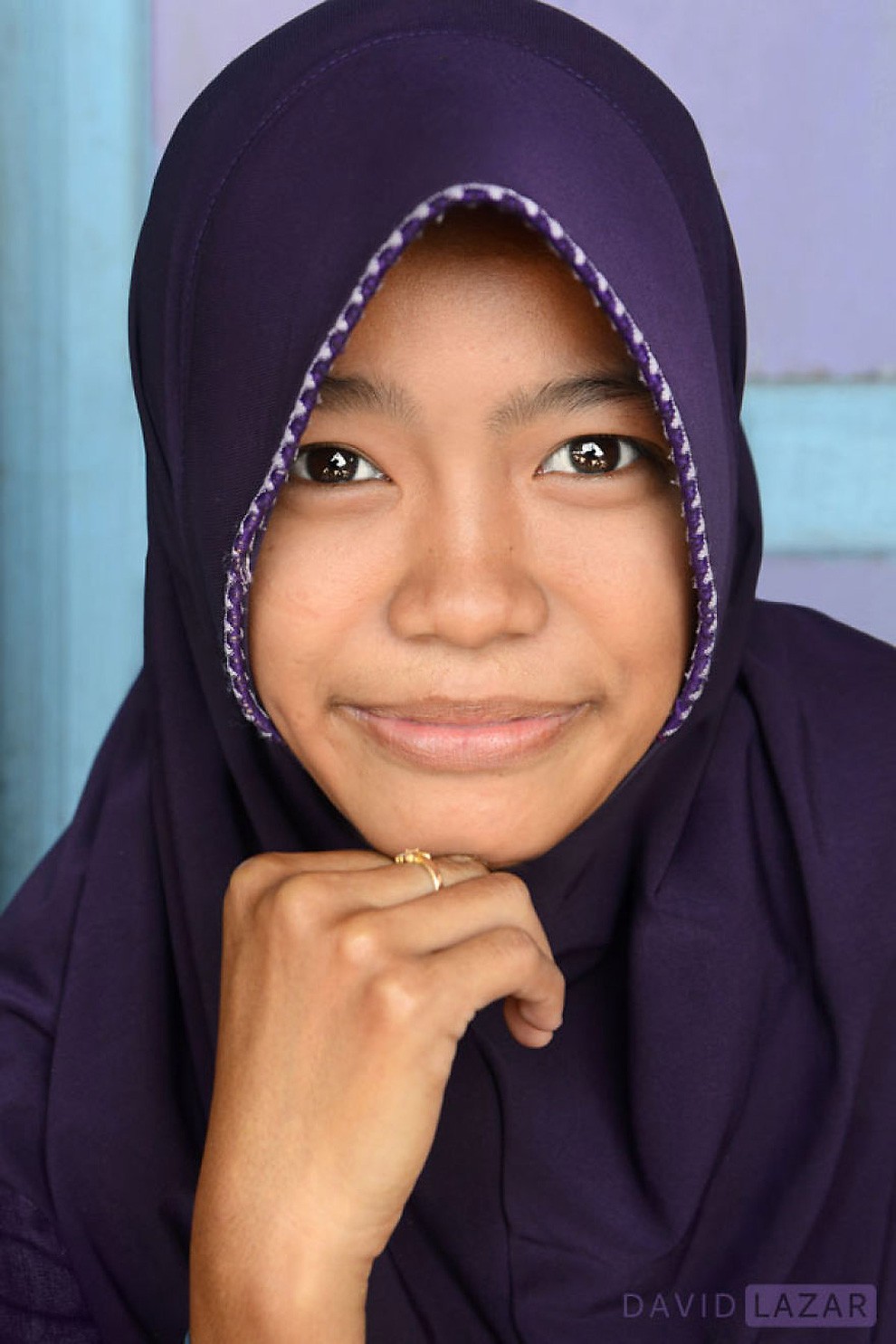 In Indonesia, a hijab head covering is entirely optional for women and girls and is worn by some with respect to their religion of Islam. 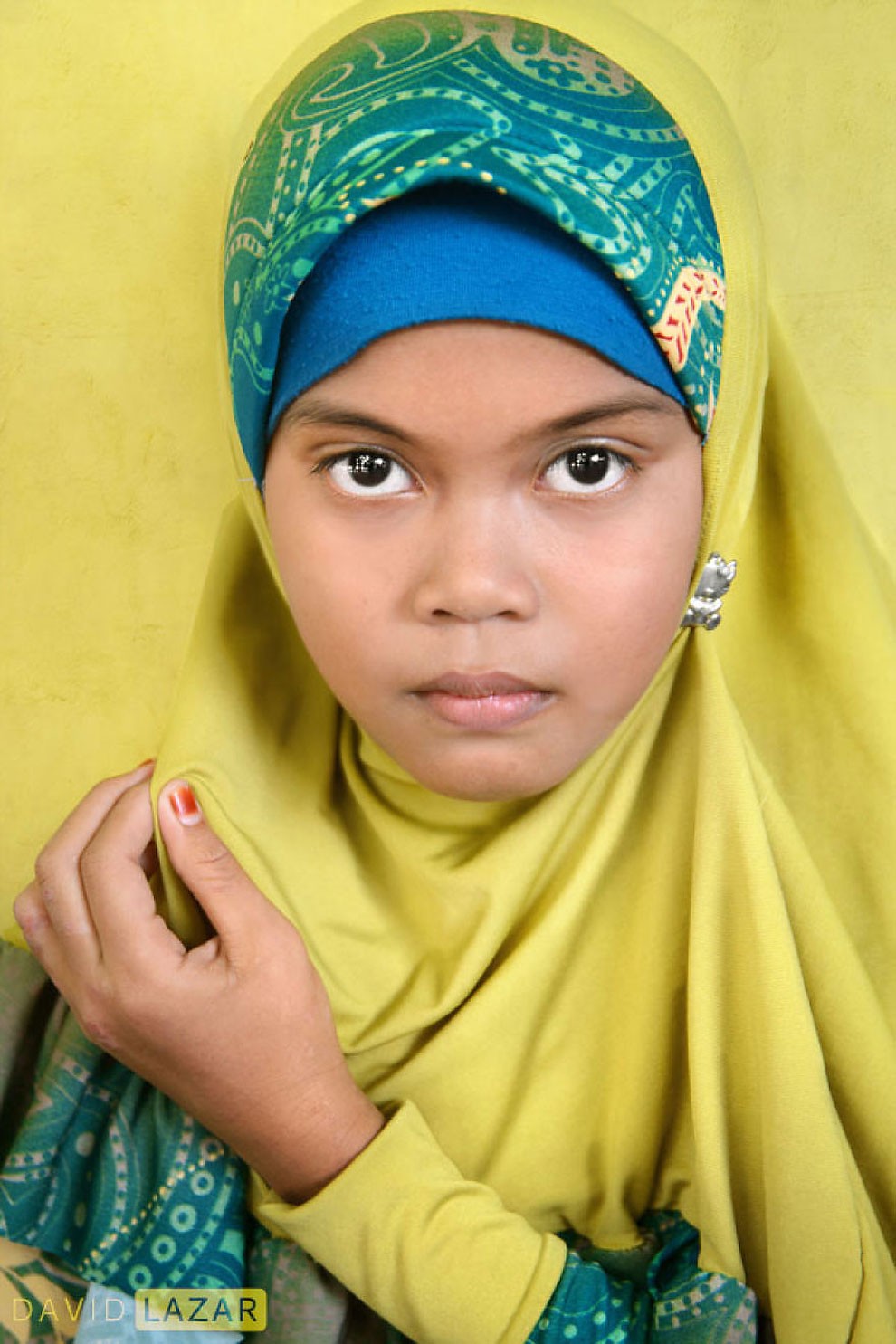 Girl In A Yellow Hijab, Borneo. 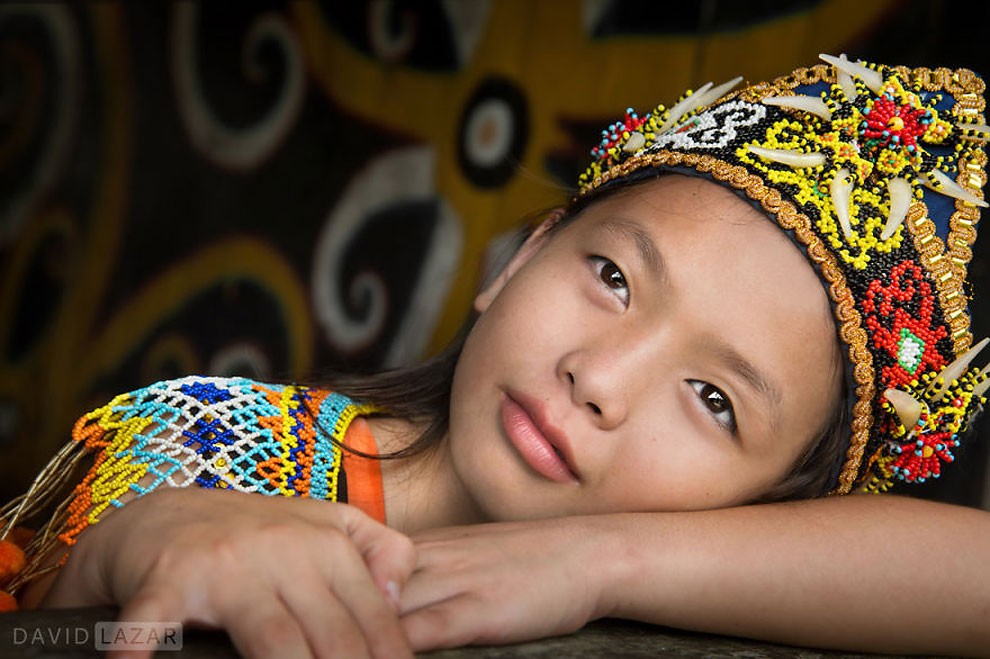