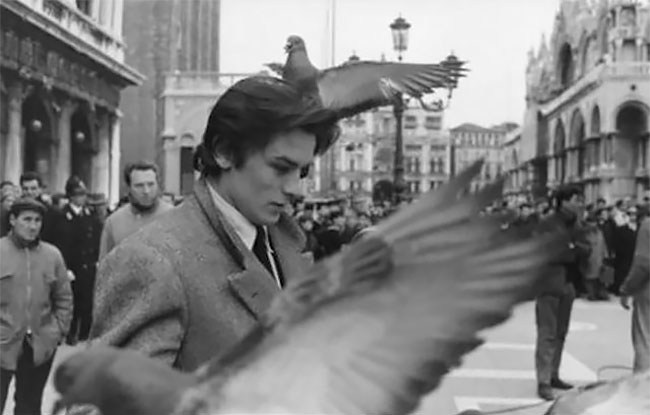 Alain Delon (born November 8, 1935) is a French film actor whose striking good looks helped make him one of the principal male stars of the French cinema in the 1960s and ’70s. During France’s war with Indochina, Delon was posted to Saigon and saw active service, an experience which he later stated was immensely beneficial to him in teaching him discipline and building his character. 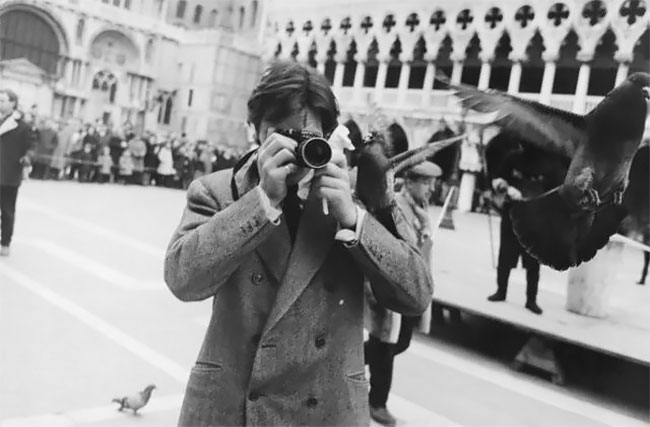 In 1956, he returned to France and found work as a porter and waiter in Paris. It was during this period that he was befriended by some aspiring young actors (notably Jean-Claude Brialy), through whom he would get to meet the film director Yves Allegret. It was Allegret who gave Delon his first acting job, a walk-on part in the 1957 film Quand la femme s’en mele. This led Marc Allegret to cast him in the comedy-thriller Sois belle et tais-toi (1958), where he appeared alongside another promising young actor, Jean-Paul Belmondo, whose popularity would rival Delon’s in the following two decades. 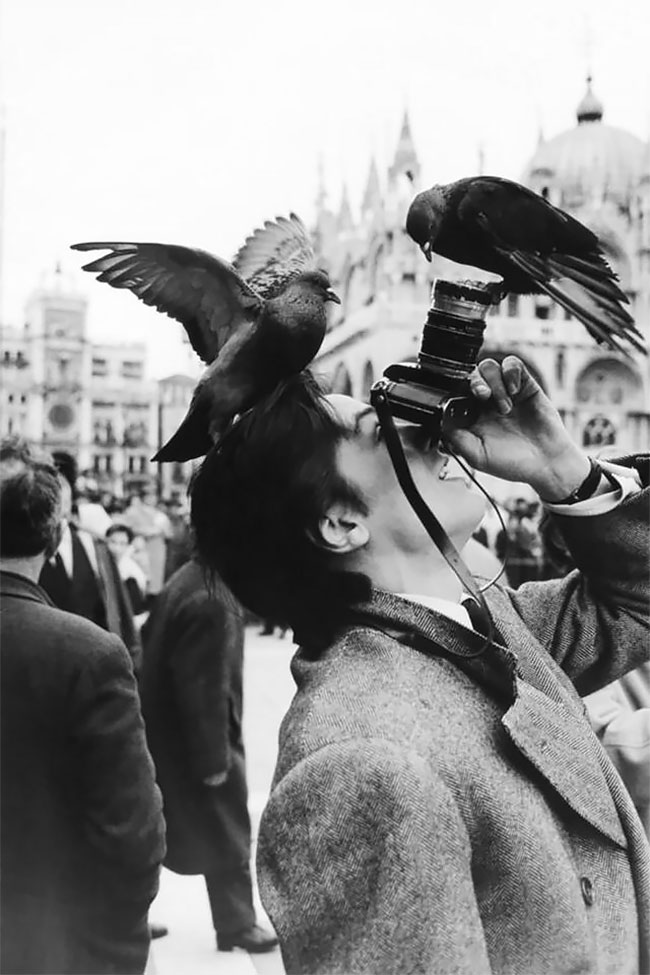 The actor’s breakthrough came in 1958 when director Pierre Gaspard-Huit gave him his first leading role, in the historical romance Christine, in which he starred opposite the well-known Austrian actress Romy Schneider. Whilst making this film, the 22 year old actor and Schneider fell in love and soon after became engaged. Naturally, the world’s press made a great deal of the fairytale romance but the engagement ended five years later when Delon fell for another young actress, Nathalie Canovas, whom he married in 1964. The couple had a son, Anthony but divorced in 1968 when the actor began his 15-year long affair with actress Mireille Darc. In 1969, Delon and Romy Schneider appeared together for a second time in Jacques Deray’s classic thriller La Piscine. 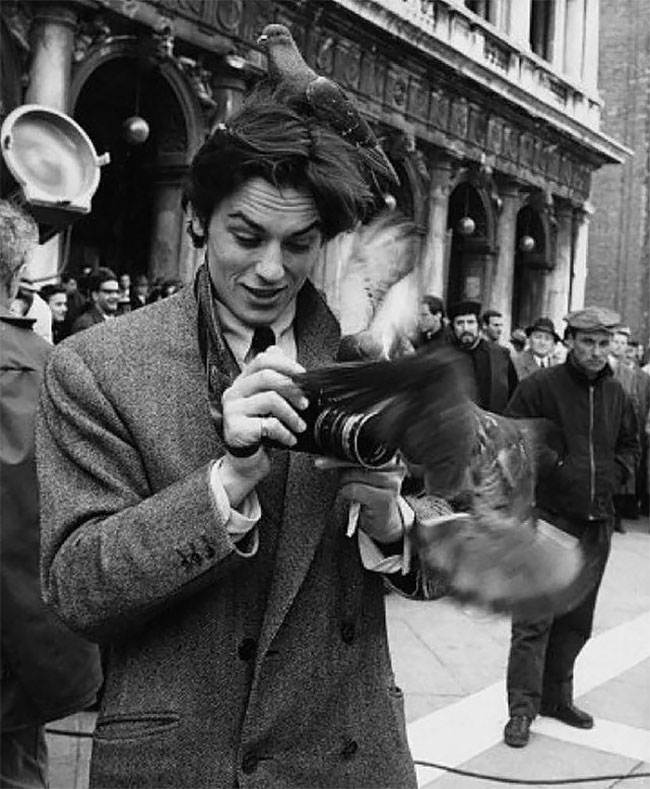 Here are some candid photographs of Alain Delon encountering some pigeons in Piazza San Marco, Venice in 1962. The photos were taken by Jack Garofalo. Texas Tech University’s Yearbook Featured Their Female Students As Playmates For 20 Years
Beautiful Black & White Photographs of Children Playing in Barcelona in the 1970s
Christmas Lights Around the World
Rare Hand-Colored Photographs of Japan on The Brink of Modernity in 1870s
These Amazing Vivid Photochromes Depict the Princely County of Tyrol in 1890, a Mountainous Region of The Austro-Hungarian Empire
$2 Junk Shop Photo Turns Out To Be Worth $5,000,000
London-Based Artist Thomas Duke Recreates Film Scenes Set In London And Beyond
Former Playboy Models Photographed 60 Years Later
A World Of 80s Style: Photographs Documented British Teenage Courtship At North England's First Disco Pub
The Serendipitous Clouds And Faux Reflections Of Photographer Kanghee Kim
Australian Studio Creates Advertising Campaign With A Landscapes Turned Upside Down
Margarita Nikitaki Takes Claustrophobic Photographs Of Athens’ Cityscapes
LIFE Magazine's Sexiest Photos Of All Time
A Dinner Through The Eyes Of A Photographer & Chef - A Series Of Portraits Taking You Back To The Origin Of A Menu
What Dinnertime Looks Like In 36 Different Homes
The Art Of Natural Environment In Minimalist Photographs By Morgane Erpicum
"Geometric Variants", An Optical Illusion Photography Project By Erika Zolli
'The Winners' by Rafal Milach
Singapore From Above: Inspiring Drone Photography By Ryan James
Photographer Justin Earsing
1938 Phantom Corsair: The Regret Of A Car Ahead Of Its Time
Prison Inmate Dances to Freedom
Photographer Decided To Include People In Her Photographic Series “Cats In Venice” And Something Beautiful Happened
20 Striking Portraits Which Gaze Right Into Your Soul
1960s, Alain Delon, italy, pigeons, retro