What do double rainbows, baby penguins and “ninja” kangaroos have in common? They’re the focus of some of the best images submitted for the 2012 National Geographic Photo Contest. Judges will look at creativity, photographic quality and authenticity of the content across three broad categories: people, places and nature. The magazine will feature the best photographs from each category as well as the $10,000 grand-prize winning shot. 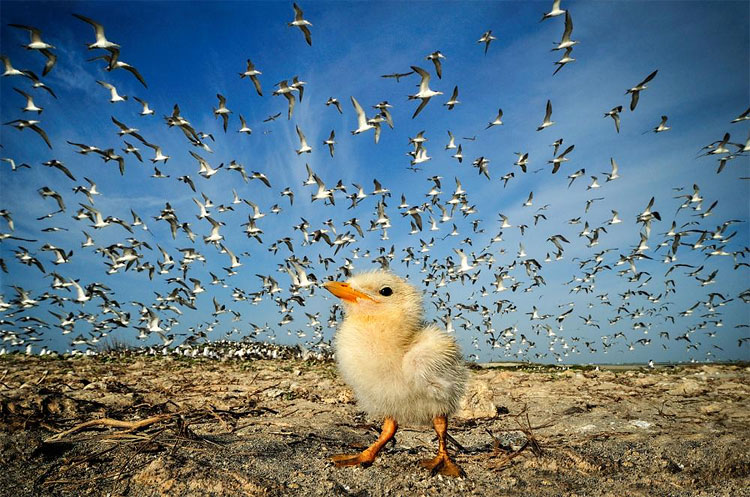 (PHOTO: Lalith Ekanayake/National Geographic Photo Contest)
The progeny, a solitary chick, amidst the adult Great Crested Terns, taken from a prone position, with a wide-angle lens, at a breeding site on a Sri Lankan island off north-western seas. 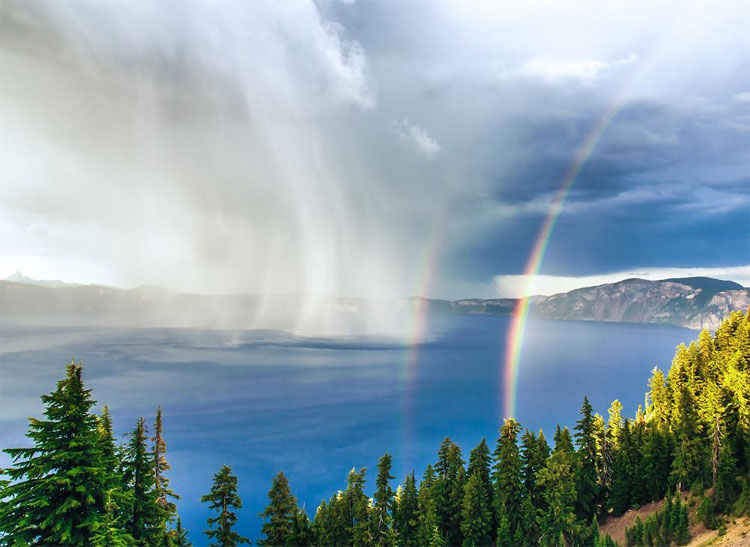 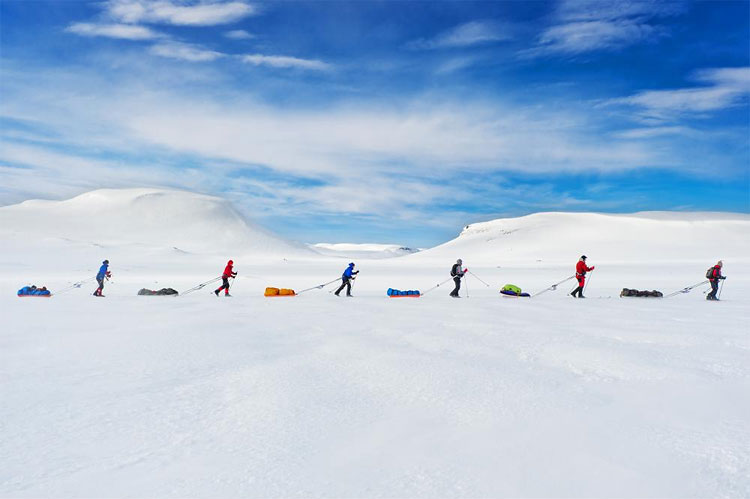 (PHOTO: Kai-Otto Melau/National Geographic Photo Contest)
A race that follows in the path of the famous explorer Roald Amundsen brings the contestants to the Hardangervidda Mountainplateu, Norway. 100km across the plateau, the exact same route Amundsen used to prepare for his South Pole expedition in 1911 is still used by explorers today. Amundsen did not manage to cross the plateau and had to turn back because of bad weather. He allegedly said that the attempt to cross Hardangervidda was just as dangerous and hard as the conquering of the South Pole. The group in the picture used the race as preparations for an attempt to cross Greenland. 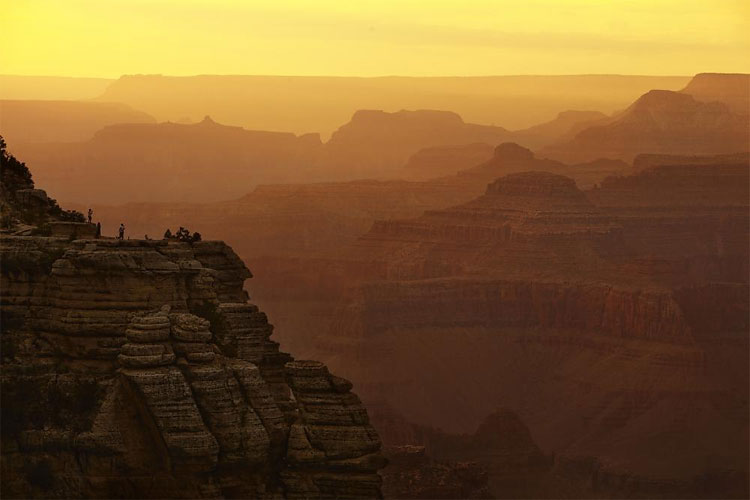 (PHOTO: Phil Hawkins/National Geographic Photo Contest)
Grand Canyon at Dusk: Grand Canyon visitors watch the sunset from a perch on the south side. 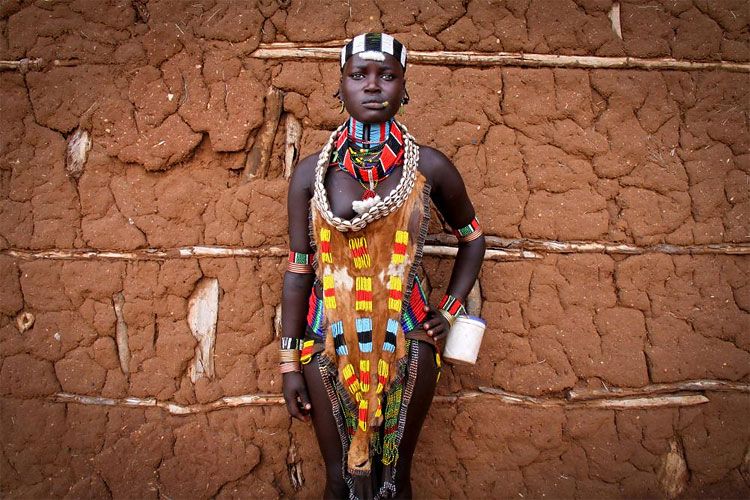 (PHOTO: Pascal Mannaerts/National Geographic Photo Contest)
The Hamers are a people of East Africa living in the south-western Ethiopia, in a fertile area of the Omo Valley. The gracious Hamer women, freeing pride and dignity even in the midst of the bustling weekly market, are easily spotted with their characteristic outfits. They take pride in their dress and accessories and win the prize as the most decorated of the Omo people. The traditional dress code for unmarried Hamar girls includes elegant cowrie-shell collars, seeded or glass-beaded necklaces and decorated goatskin clothing. 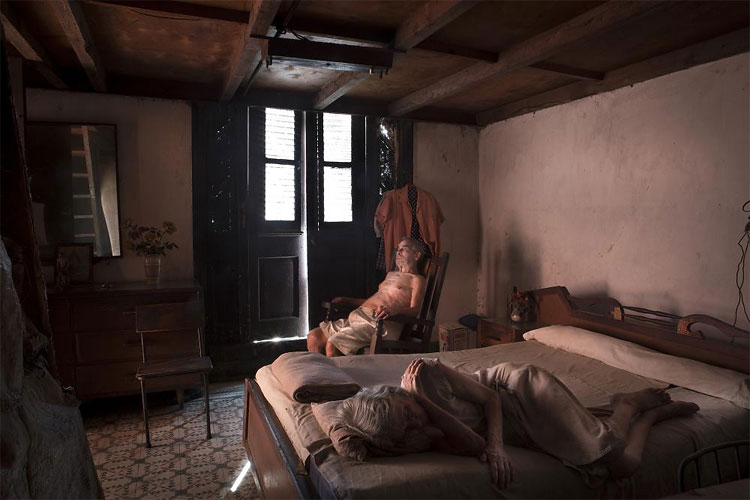 (PHOTO: David Creedon/National Geographic Photo Contest)
Raul and Maria were married in 1959, the year of the revolution. They have lived for most of their lives in this tiny apartment in Central Havana. Raul is now blind and Marie spends much of her time looking after his needs. It is now late afternoon and Marie takes a siesta while Raul sits in his rocking chair waiting for her to wake up. 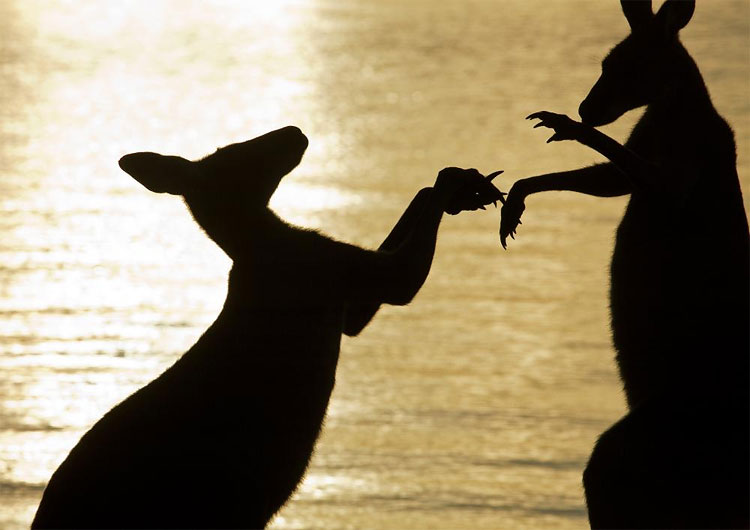 (PHOTO: Raoul Slater/National Geographic Photo Contest)
Young male kangaroos test their strength with “boxing” matches that mostly occur at dawn. One buck gets in the others face with its forepaws until the second one concedes and hops away, or stands up tall and faces its tormentor. Then the two grapple until an advantage is gained and one rears back onto its tail and kicks out with both its feet. Here the roo on the left clearly has its opponent on the retreat. Photo taken at Lake Cootharaba, Sunshine Coast, Queensland, Australia. 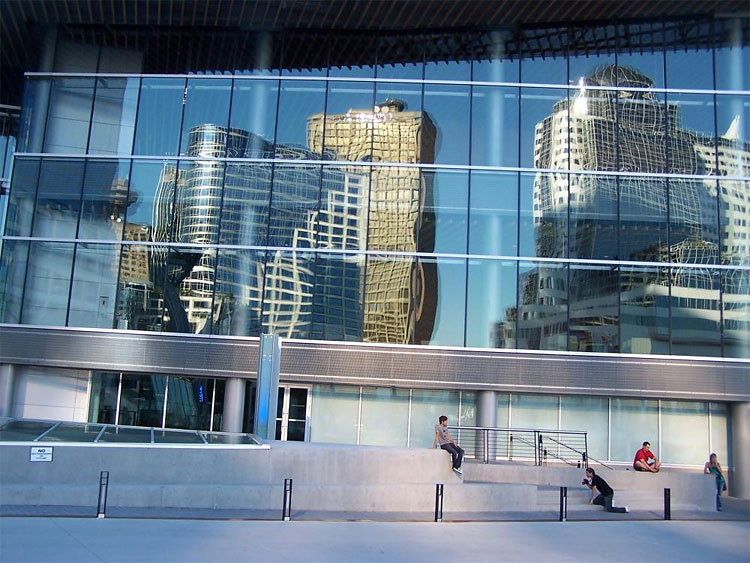 (PHOTO: Martha Katko/National Geographic Photo Contest)
Walking near the waterfront in Vancouver, I was struck by the beautiful reflection of the nearby buildings in the glass of the Convention Center. 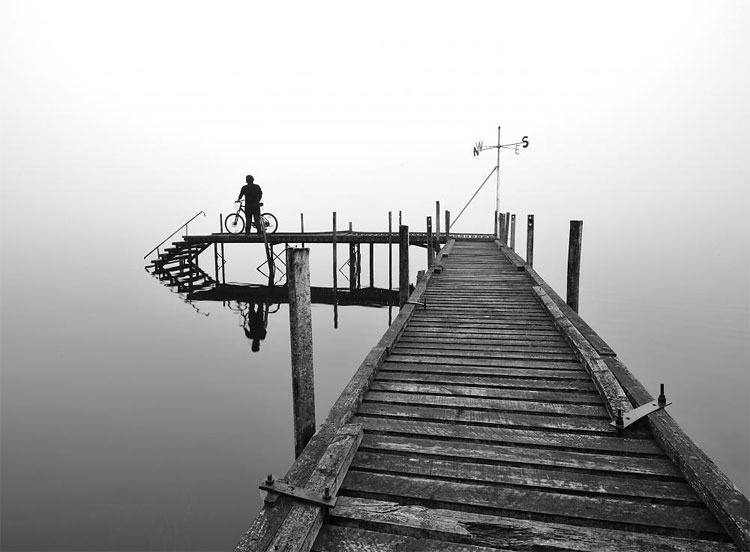 (PHOTO: Mohd Nadly Aizat Mohd Nudri/National Geographic Photo Contest)
Secluded Pier at Lake Brunner: I was on my 170km solo cycling trip around West Coast, New Zealand and one of the destinations was this famous Lake Brunner. I reached this pier in one foggy morning and I found this moment was like no other. 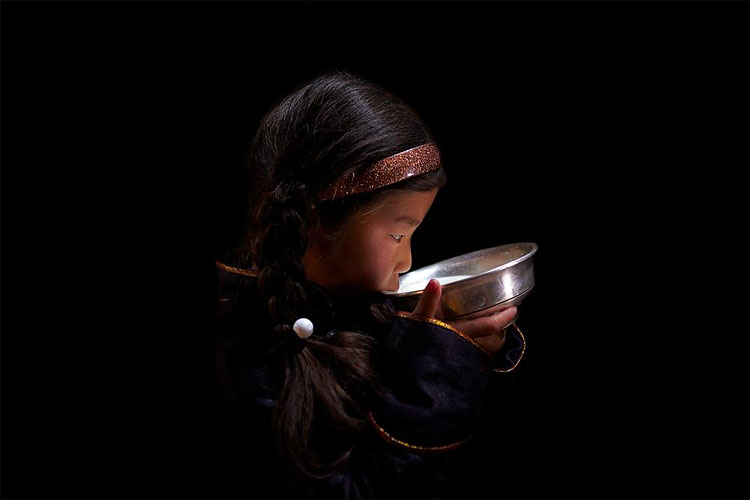 (PHOTO: Andrew Newey/National Geographic Photo Contest)
Fermented mares milk (Airag) is the traditional national beverage of Mongolia. The amount of milk produced by one mare averages about two litres when milked six times per day, so in order to make enough Airag for the family and any visitors, it is necessary to have at least a dozen mares. To get good quality Airag, it is necessary to stir the milk mix no less than 1,000 times each day! Produced during the summer months in a specially made hide skin bag, fresh Airag is quite mild but if kept for long enough it turns sour and acidic which is how many Mongolian’s prefer it. 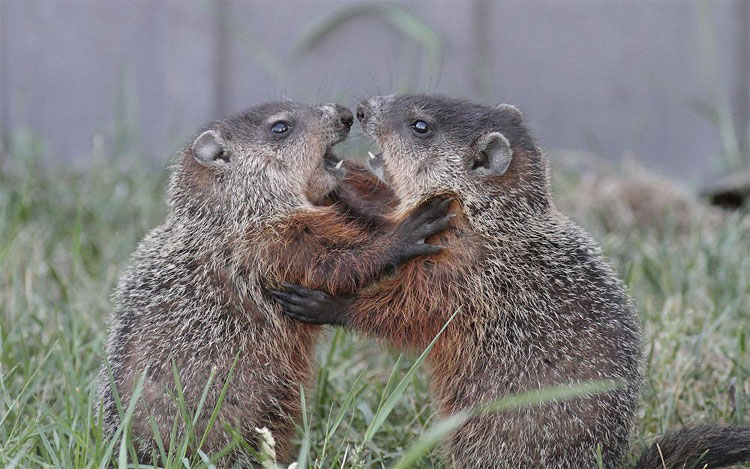 (PHOTO: Terri Martin/National Geographic Photo Contest)
Found these little guys playing in the sun. They were so cute they ran to each other and gave one another a great big hug. This is love. These little ground hogs are around two weeks old, I was lucky and got to watch them and their family grow up over a few weeks from young pups to teenagers. 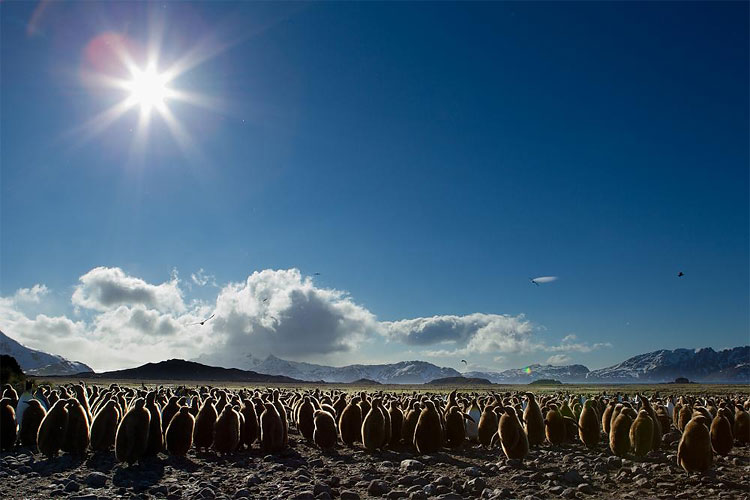 Photo of the Day: Like Father, Like Son
Photo of the Day: Pluto’s Blue Sky
This Guy Took Engagement Photos With A Burrito
A Beautiful Scowling Curly-Haired Cat
Remarkable Behind-The-Scenes Photos From 'Back To The Future' That Will Bring You Back To The '80s
Tamed Foxes, Lynx, Dogs and Cats: All-In-One!
Stunning Photos Capture Bicycles From Underneath In Rarely Seen Angles
Photograper Andrei Sheliakin Captures Stunning Photos Show Couples Silhouetted Against Night Sky
Haunting Photographic Self-Portraits by Francesca Woodman From the 1970s
Amazing Award-Winning Photos Of The Wildlife Photographer Of The Year 2017 Contest
Jeff Friesen by Ghost Train Crossing Canada
I'm Not a Look-alike!
Photo of the Day: English Farmer Carves Enormous Harry Potter Corn Maze
Abandoned Floating Submarine Base PB-24. The Only One Located In Russia.
Photo of the Day: Rise of the Supertrees
"Metamorphosis of Self": Photographer Erika Zolli Creates Surrreal Representations of Herself
Christmas with the Chimps
This Twitter Account Posts ‘Poorly Drawn Animals’ And Here Are The Funniest Ones
UK Astronomy Photographer Of The Year 2016 Shortlist
Steve Madden Shoes Collection - Summer 2012
The Art of Science: Olympus Image of The Year Award Announce Its Winners for 2021
'Greenland Reflection' by Michael J. Quinn
The City that Builts into the Rock
Alpine Crop Circles: The Snow Art of Simon Beck
contest, geographic, national, photo, shots, sneak