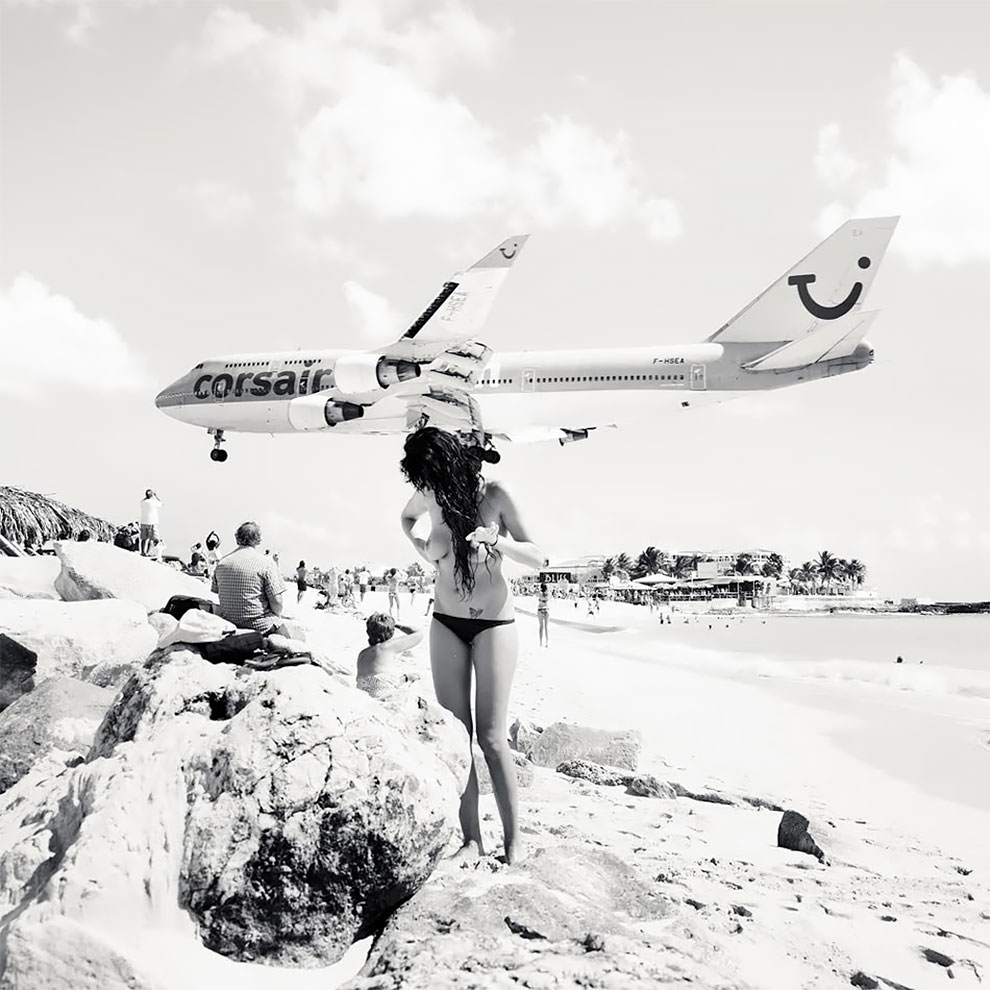 From 2009 to 2011, Josef Hoflehner watched passenger planes landing at Princess Juliana International Airport on the Dutch/French Caribbean island of St Maarten/St Martin. Nothing extraordinary in plane spotting. But this airport is within splashing distance of Maho Beach, a spot popular with tourists. In 2011 the runway was lengthened, but back then jets passed just four meters over the heads of sunbathers.

Holidaymakers enduring the long, languid, lazy, shapeless and dull days of remorseless sun and splash viewed almost exclusively through sunglasses were being treated to sudden thrills, reminders that the easy journey from ‘better-than-Spain’ brochures to ‘paradise’ beach is fraught with peril, industry and excitement.

“When a plane flies overhead you don’t hear anything else. It’s a normal beach, but once a plane approaches the entire situation changes. People run around, trying to get to a good spot for their own snapshot. Some freak out and scream; others stay calm and don’t seem to care much. The noise is absolutely deafening. I spent several months there, but never got used to it. Sometimes the ground begins to quake, triggering the alarms of nearby cars. Once the plane passes, the exhaust can cause small sandstorms on the beach. And there’s the smell of burnt rubber and kerosene, which some girls seem to love,” he says. 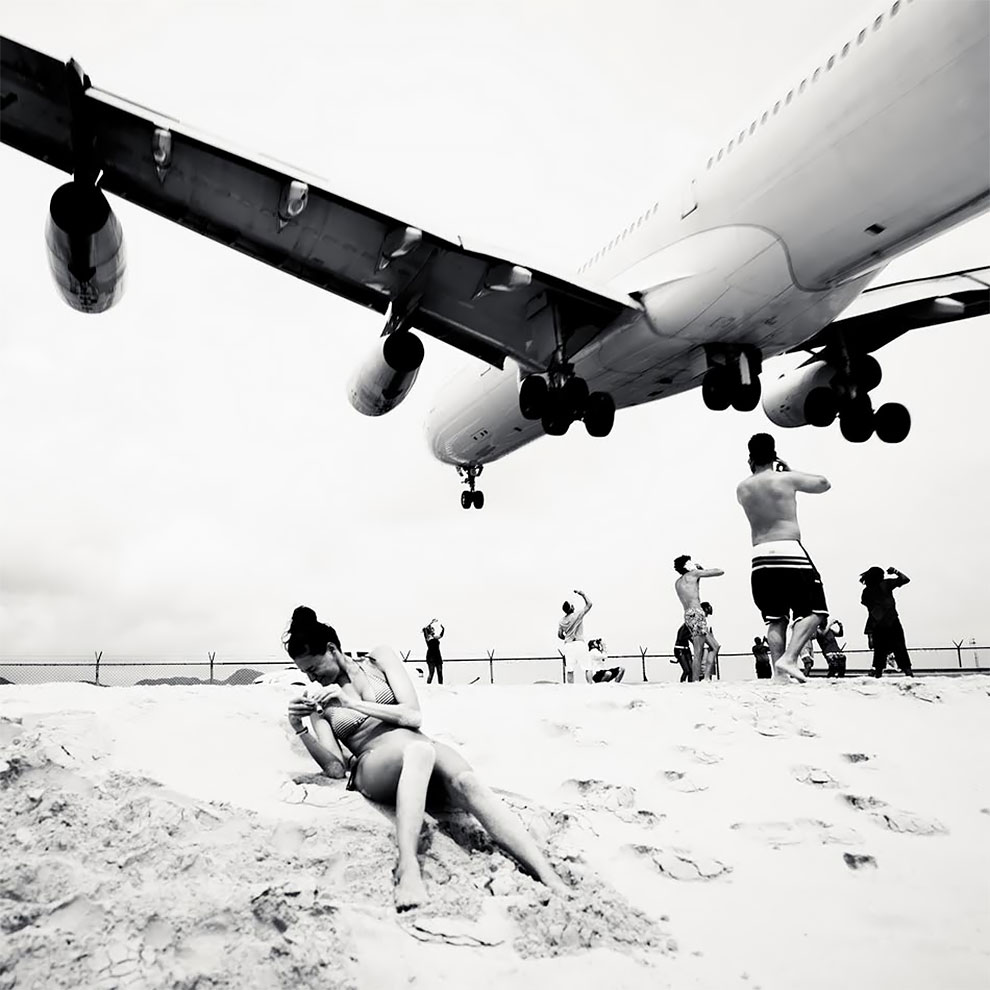 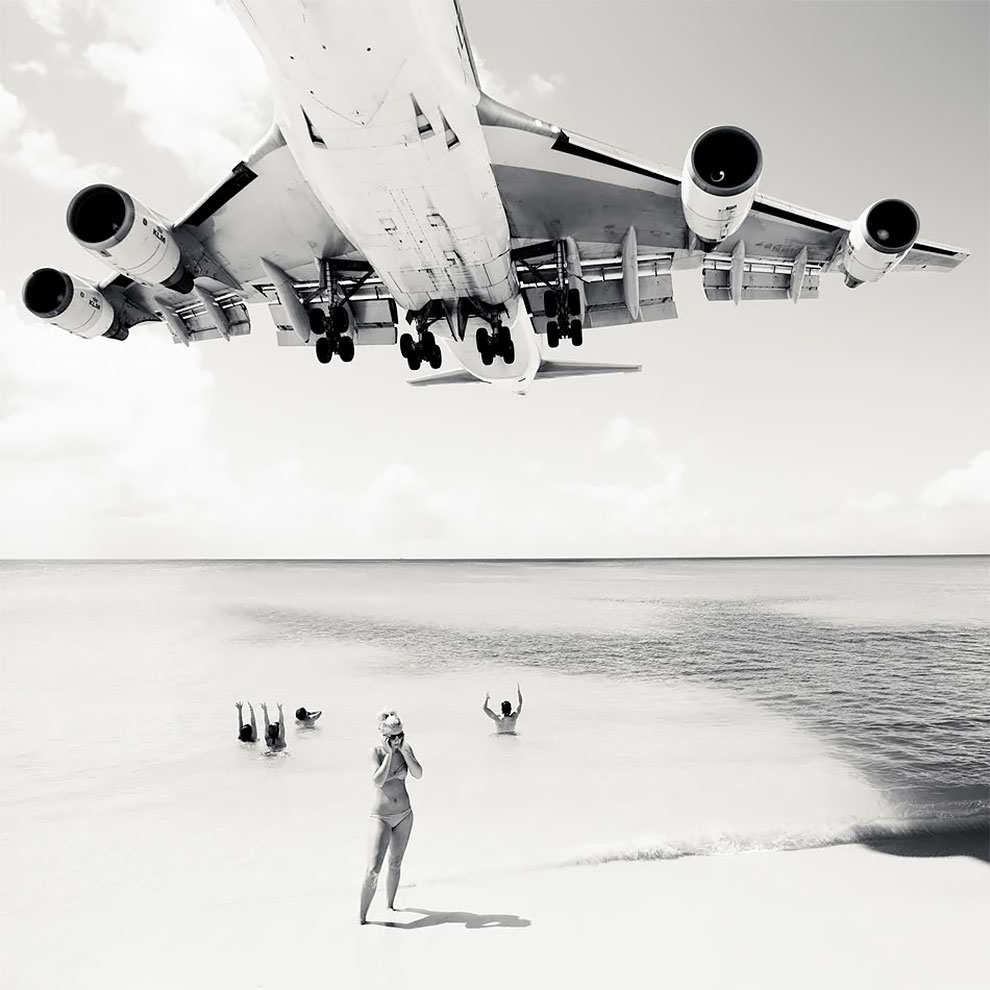 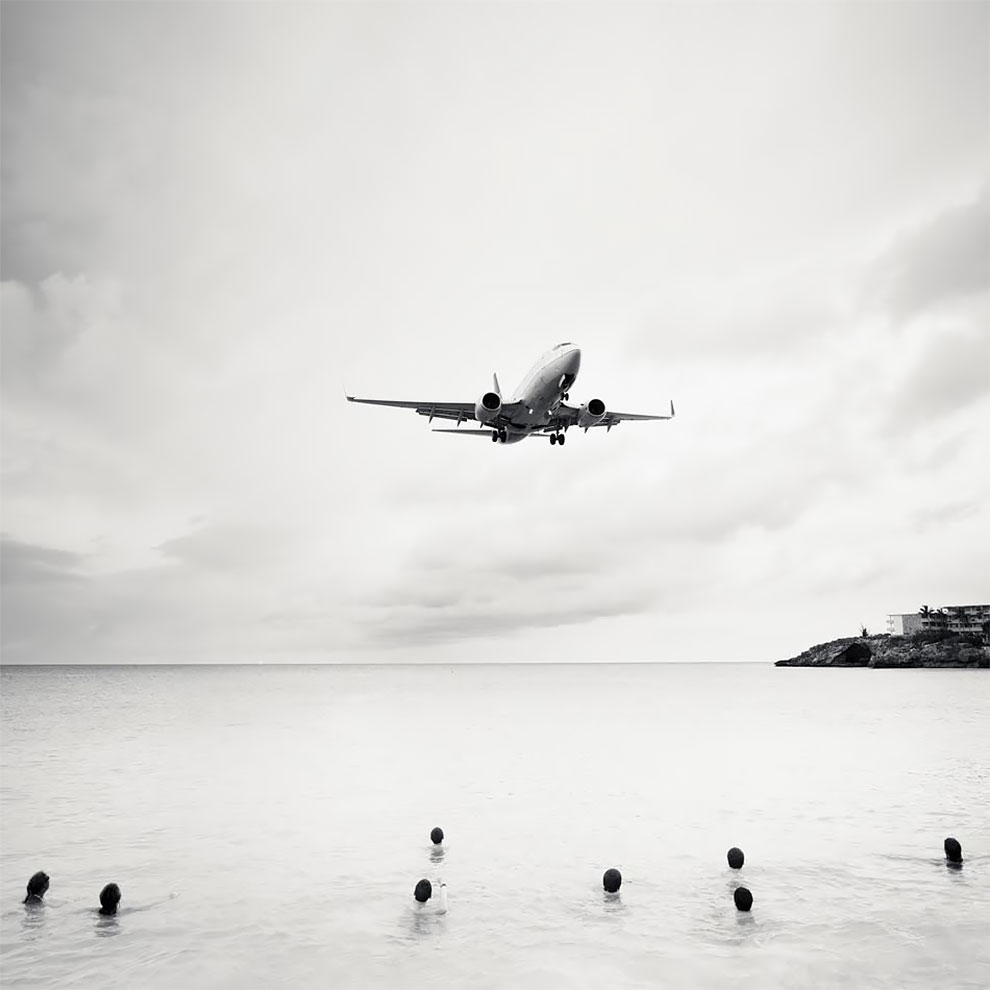 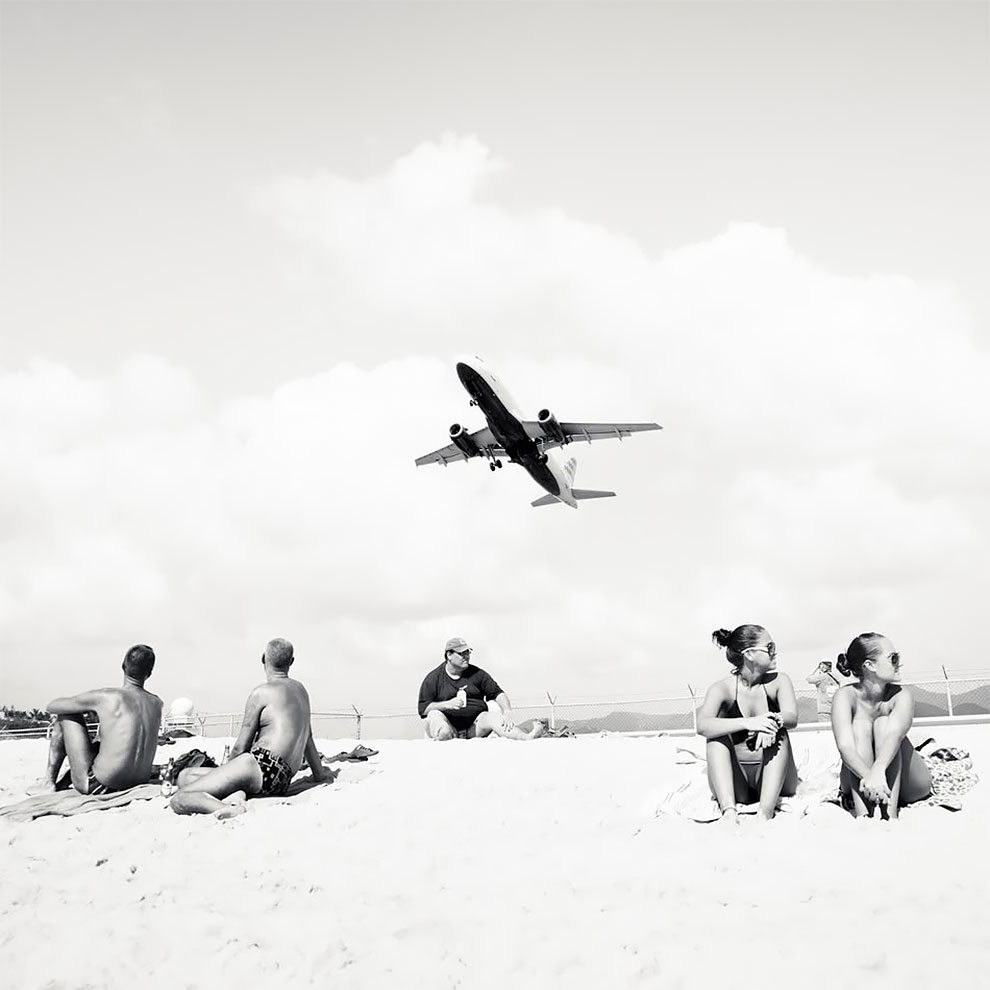 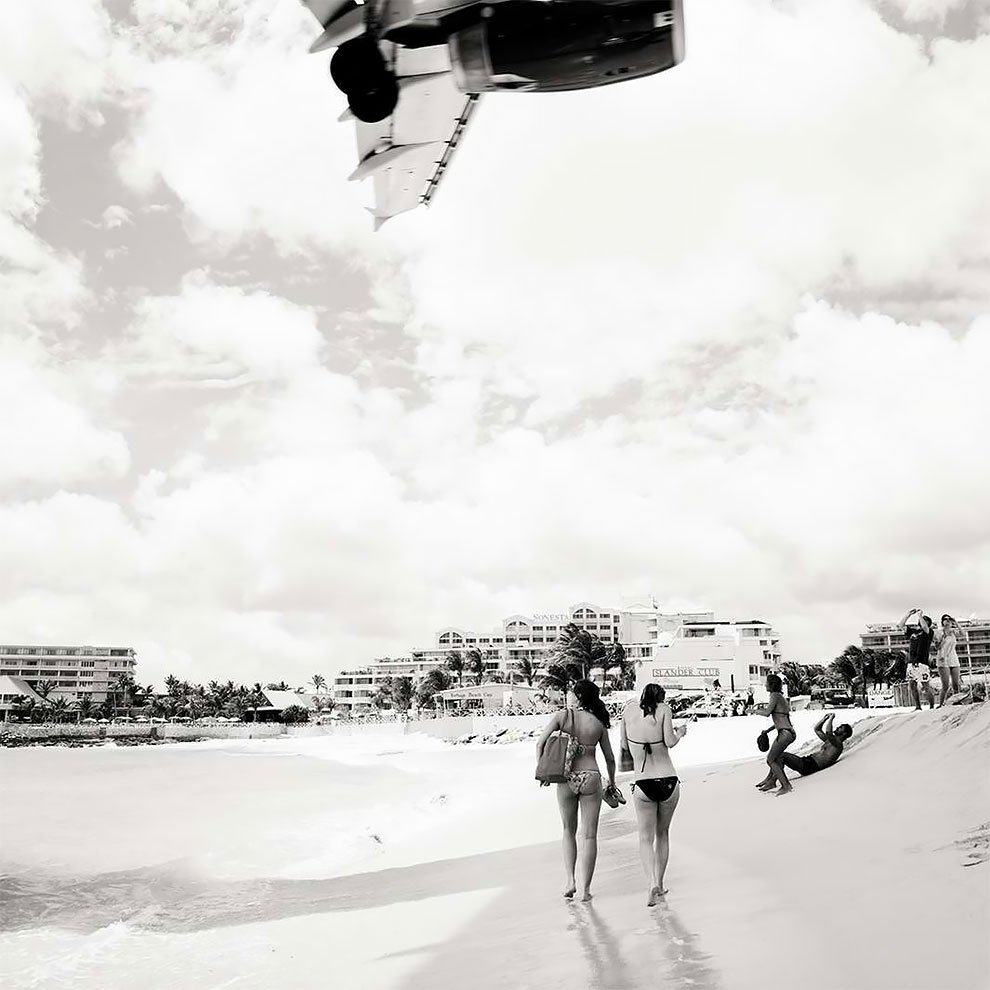 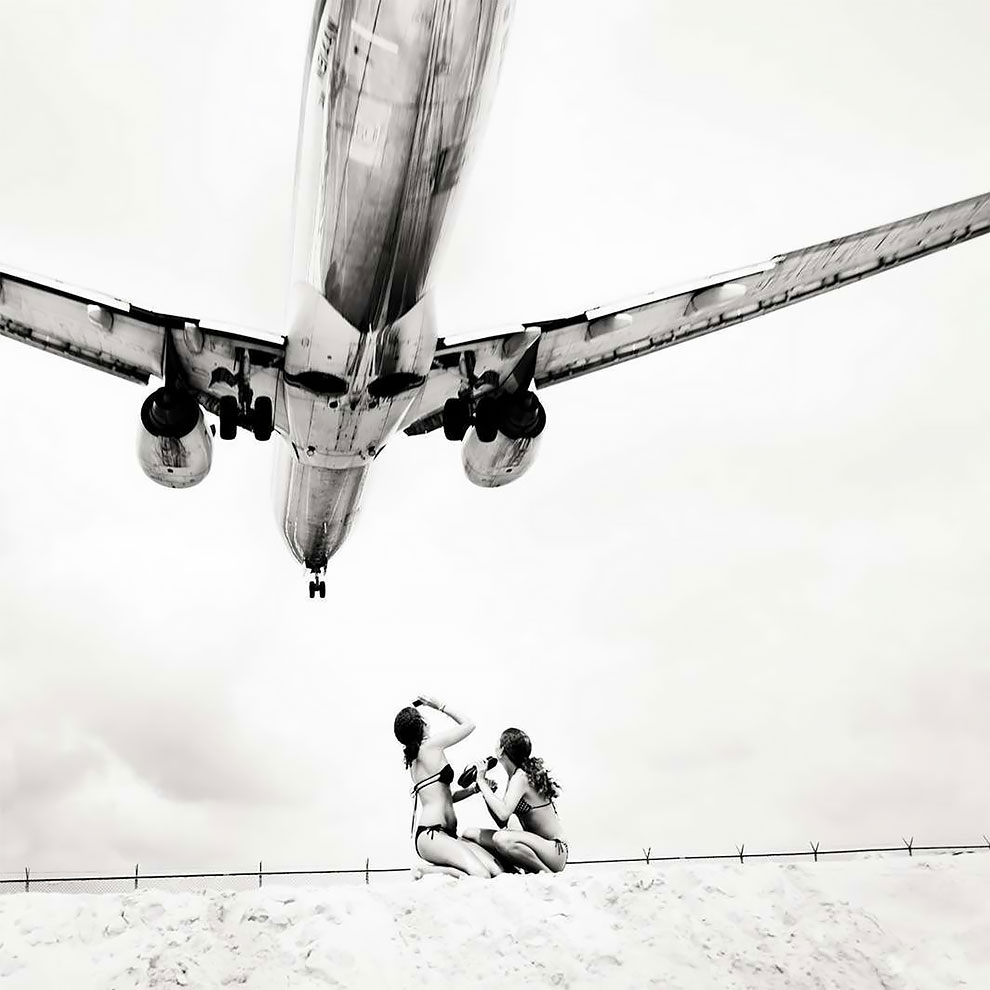 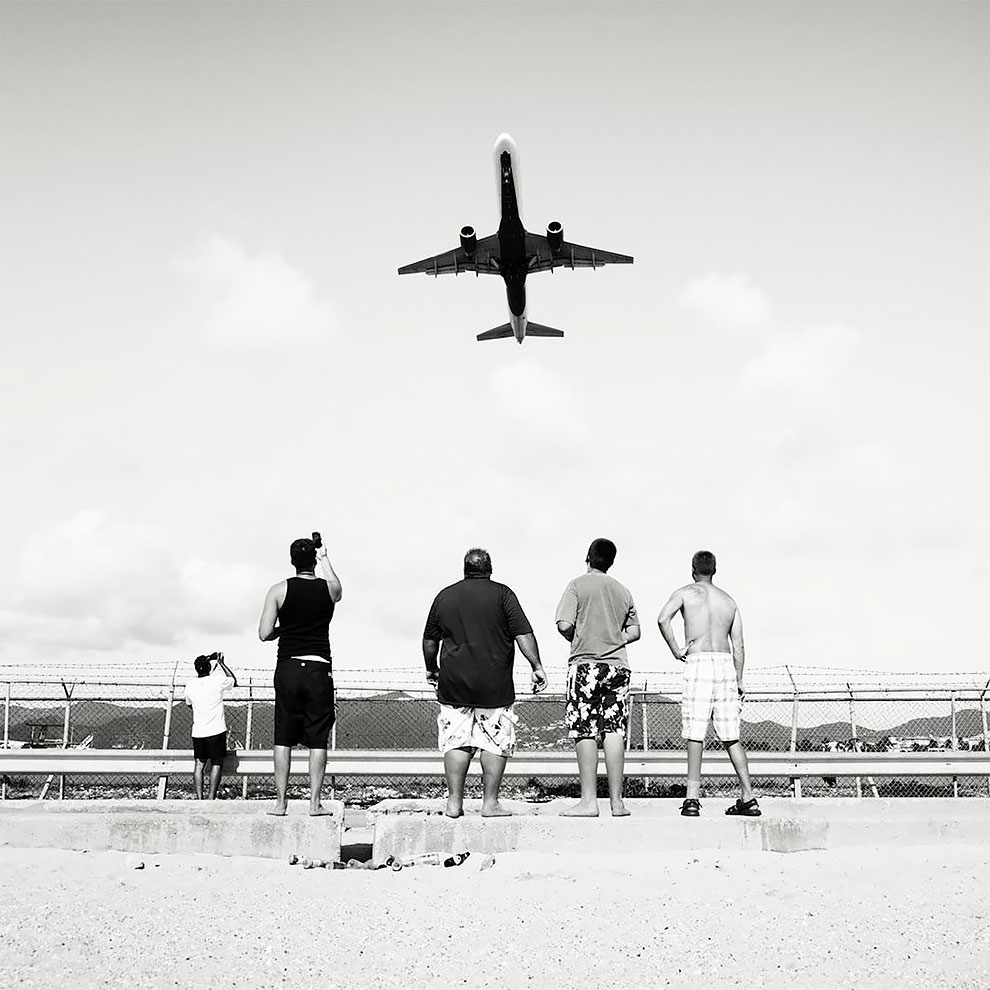 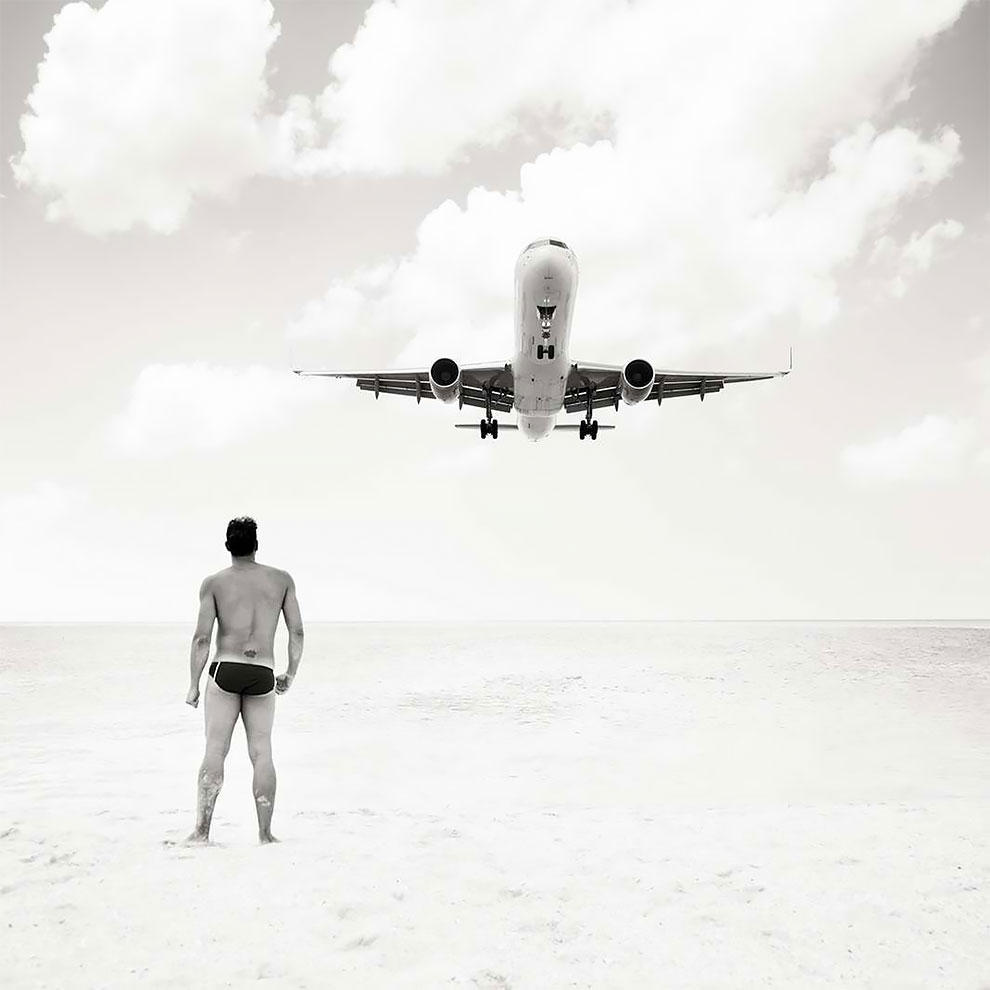 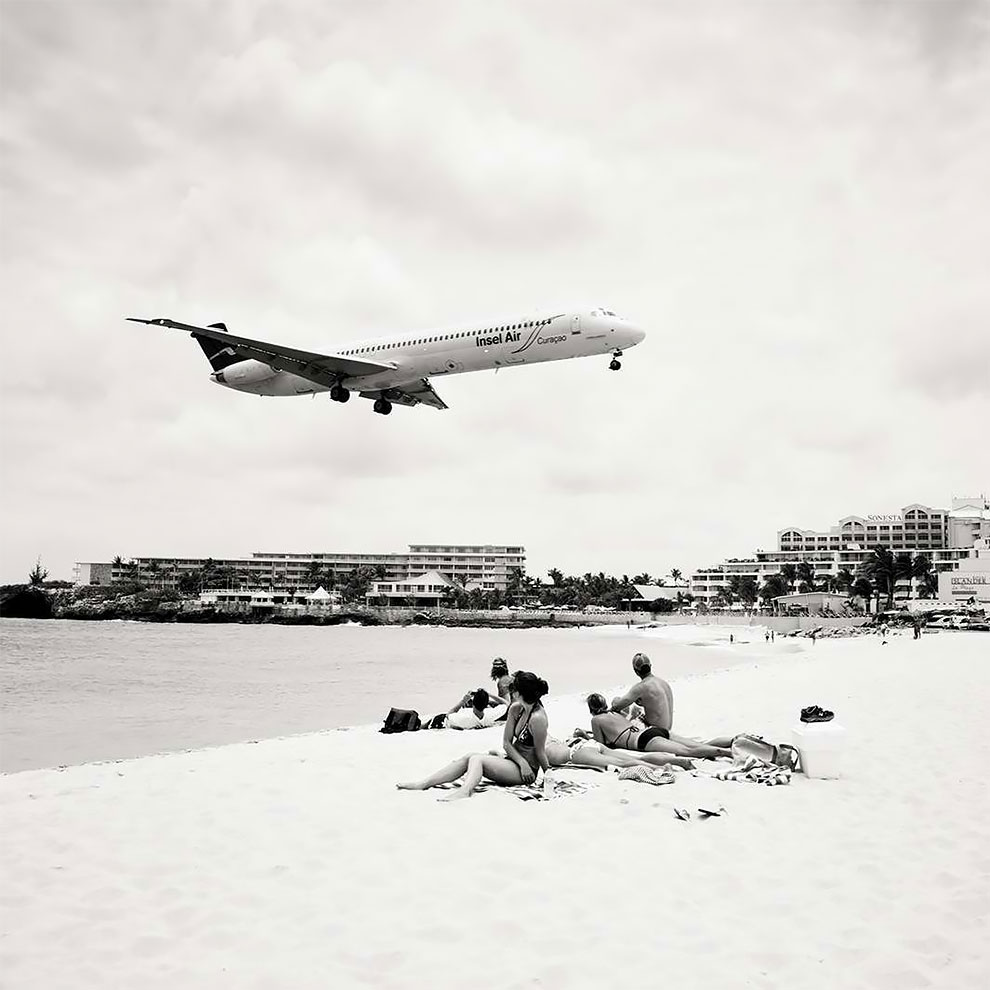 Photo of the Day: Biting Away Summer
The “Surrealistic Pillow” Project
The Conceptual Portraits of Kyiv's Youth by GORSAD Collective
Bloody Brutal Vintage Crime Scene Photos From The Los Angeles Police Department Archives
How Soviet Space Dreams Became A Photographer’s Inspiration
Spectacular Winning Images of The 2021 World Press Photo Contest
Rare Photographs Of The Beatles On Holiday On Tenerife Island Before They Became World Famous
Photo of the Day: Pluto’s Blue Sky
"Symbiosis Of Working And Living": Claustrophobic Homes Of Beijing In Stunning Photographs By Alina Fedorenko
Romantic French Postcards From The Early 20th Century
Breathtaking Aerial Photography Of South Africa From Above By Zack Seckler
Haunting Photos Of American Slaves 70 Years After Abolition
Going Down The London Underground In The Later 1980s
Church Forests of Ethiopia: Photographer Captures the Amazing Phenomenon of the Ethiopian Spiritual Community
The Plague Of Overweight: Photographer Martha Holmes Documented The Struggle Of Obesity People In 1950s America
PIXERS: Your Walls & Stuff
In 2015, 4 Survivors Posed With Iconic Auschwitz Photo 70 Years After the Notorious Death Camp Was Liberated
Breathtaking Aerial Shots Of Barcelona, Revealing The City's Symmetry
National Geographic Photography Contest 2013 Call for Entry
A Look Back On the French Capital Nearly 100 Years Ago Through The Lens Of Photographer Jean Pierre Yves-Petit
The Shortlist For The Coveted Bird Photographer Of The Year 2018 Awards Has Been Announced
Debbie Harry Photographed By Chris Stein For Punk Magazine Centerfold Shoot In 1976
Andy Warhol's Rare Polaroids Of His Famous Friends
Stunning Photos Of Cappadocia, Turkey That Will Take Your Breath Away
beach, caribbean, Josef Hoflehner, maho, planes, St Martin